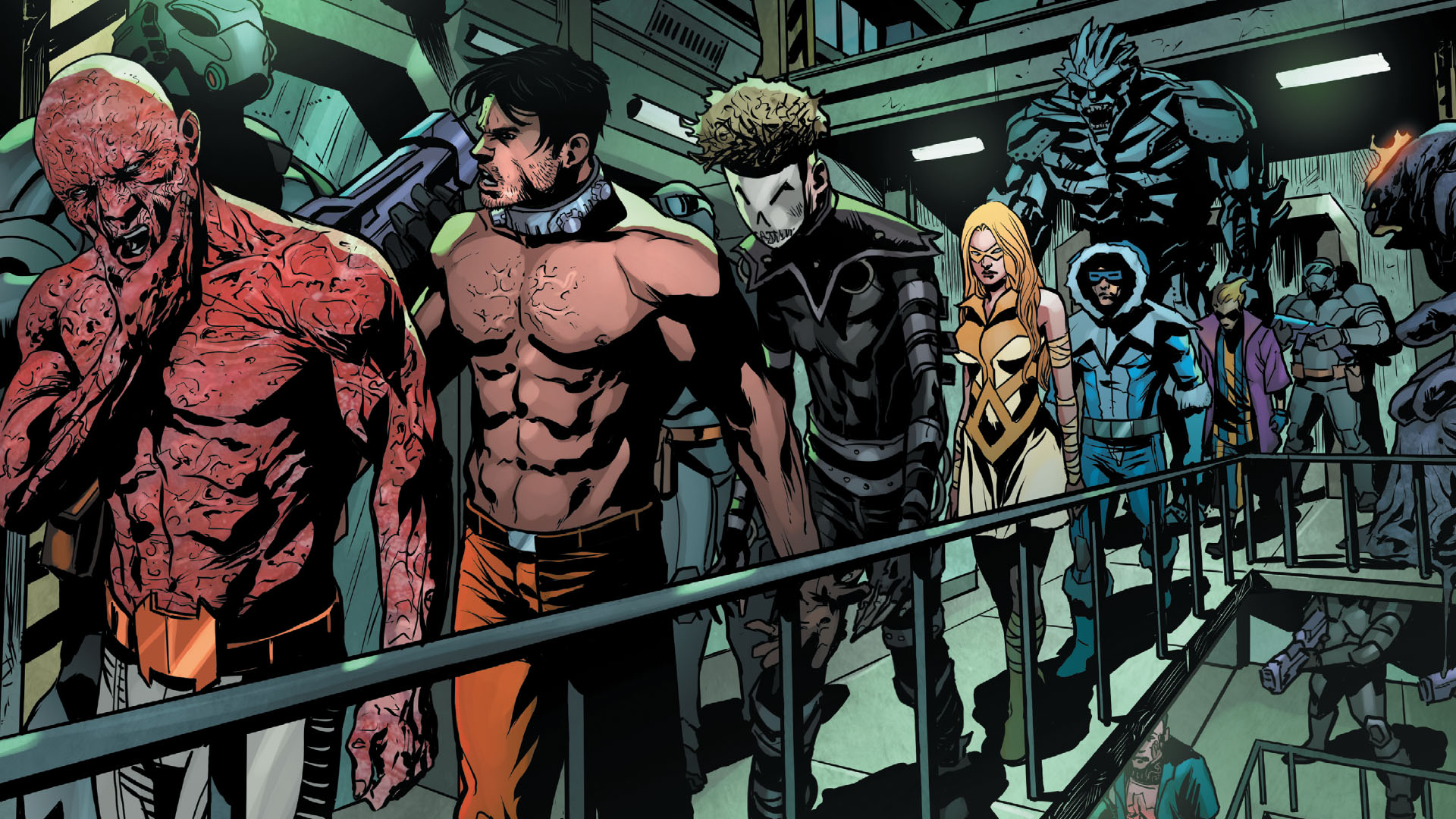 So. You’re busted. You got your hands on some kind of crazy laser gun, or got exposed to a weird radiation that gave you superpowers, and you figured you’d use it to rob a bank or take revenge on your ex or something. In Central City. The home of a DC Super Hero who can literally run at the speed of light. I mean, no judgment. That’s how we all got here. Welcome to Iron Heights Prison: the place they ship all the super-criminals who get the bright idea to start beef with a speedster. That mistake’s in the past; here’s how to survive while you’re here.

1. WATCH OUT FOR THE WARDEN 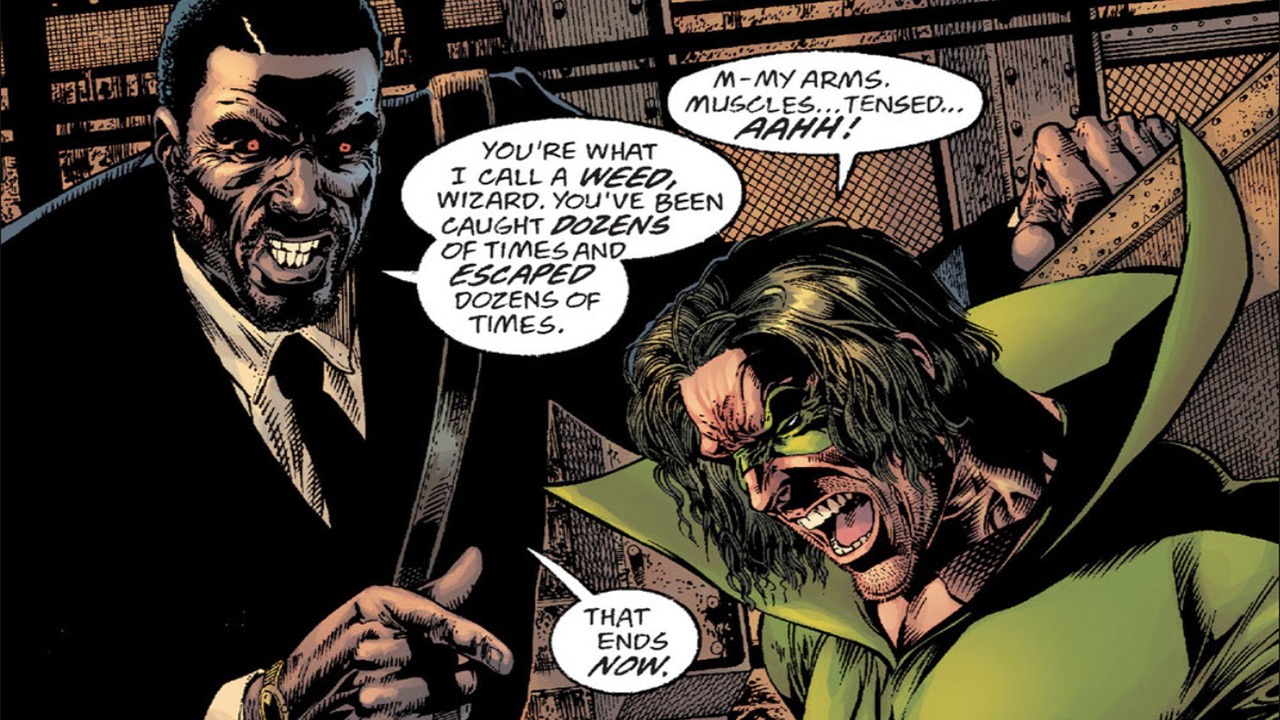 The first and most important thing you gotta keep in mind is this: Warden Wolfe is NOT here for you. The overall “philosophy” of Iron Heights isn’t keeping the citizens of Central City safe: it’s punishing people like us in cruel and unusual ways just for using the gifts we’ve been given. We can’t emphasize this enough: that man is literally the devil on Earth. Don’t give or tell him anything he can use against you. Because he will, at any opportunity. This place may be packed with apocalyptic threats, but nobody here will make you more miserable than Wolfe. 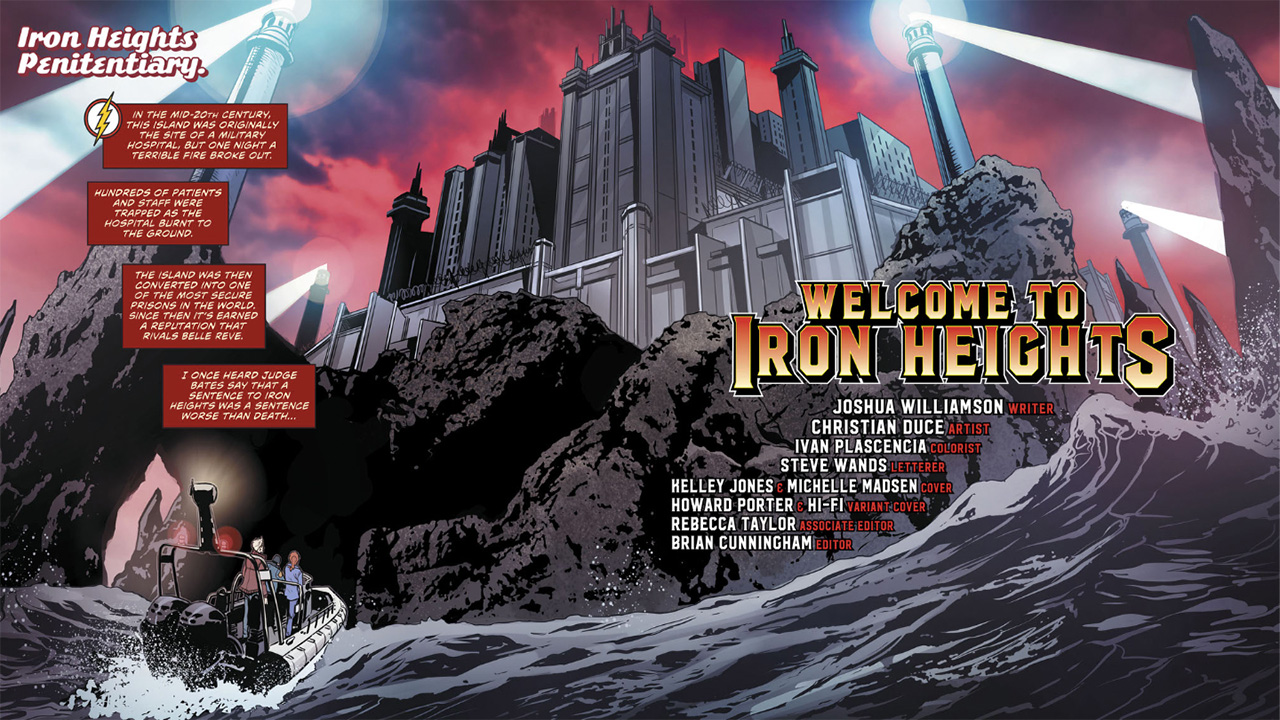 One of the many cruel and unusual ways Wolfe likes to run this joint is by making you serve out your sentence in the costume you were busted in, as a constant reminder of your place in life. As if you’ve never been anything more than a Super Villain with a corny name. Not gonna lie: it gets pretty rank, as we’re rarely afforded the chance to wash or make any repairs. And it’s particularly murder on the guys who went for style over substance, which is a lot of us. None of us designed these for lounging around, you know? Can you imagine how hot Captain Cold gets in that parka of his? So when you’re packing, make sure you take the most comfortable version of your costume, or you’ll be suffering a low grade torture every time you need to use the toilet.

3. WORK ON YOUR FLASH STORY 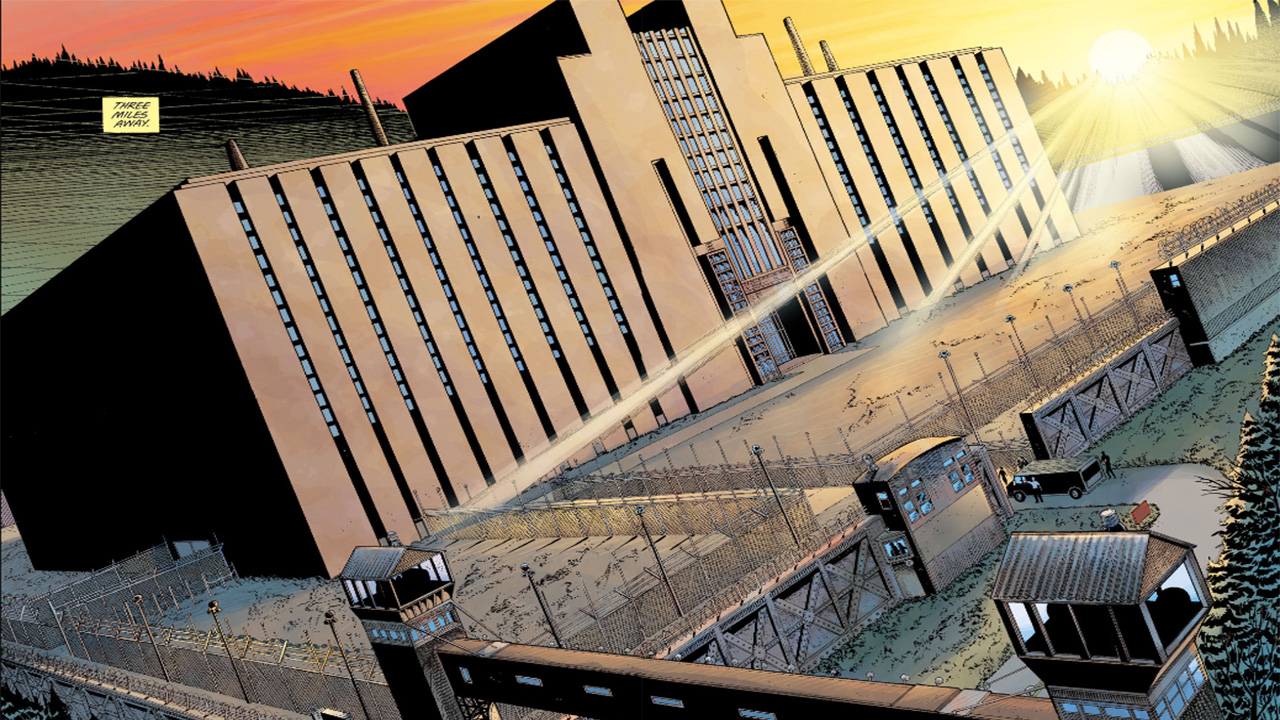 There aren’t a whole lot of ways to pass the time here at Iron Heights. Once you get put away for holding the mayor hostage in a mirror dimension, you’re not afforded too many amenities. So one way we pass the time is by talking about the one guy we’ve all got in common: The Flash. How he got us, how close we got to getting HIM, and how we’ll finally do it for real once we get the chance. This is one of the best ways to make life-saving connections at Iron Heights. You’ll be talking to people who’ve spent YEARS fantasizing about their vengeance schemes. If you can bring something to the table that works well with their plans, then you’re golden like Glider. And if your Flash story isn’t the best, well… try workshopping it. It’s okay, everybody embellishes a little. We all know these “fights” rarely go more than a second. You can make yourself sound cooler if you want. But you might want to think about leaving some details out, though...

4. KEEP YOUR BODY COUNT TO YOURSELF

After the warden, the most important people at Iron Heights Prison are the Rogues: a union of Flash’s most notorious enemies, and the guys you really want to impress if you ever want to see daylight again. The Rogues have sort of an unofficial understanding with The Flash, granting them a little more leeway than other Super-Criminals despite their many attempts to get one over on them. The reason? Their code of honor. First and foremost, Rogues do not kill. Not civilians, not speedsters, not other villains. There are exceptions made for self defense, sure. And guys like Heat Wave, whose whole “superpower” is that he has a flamethrower sometimes, are grandfathered in because they go back with big boss Captain Cold, but you better not bring that up either if you know what’s good for you. Now, if your own past doesn’t exactly fit that bill, it’s not the end of the world. There’s room for second chances in the Rogues. Just do your best not to remind ‘em of the bodies you left behind. 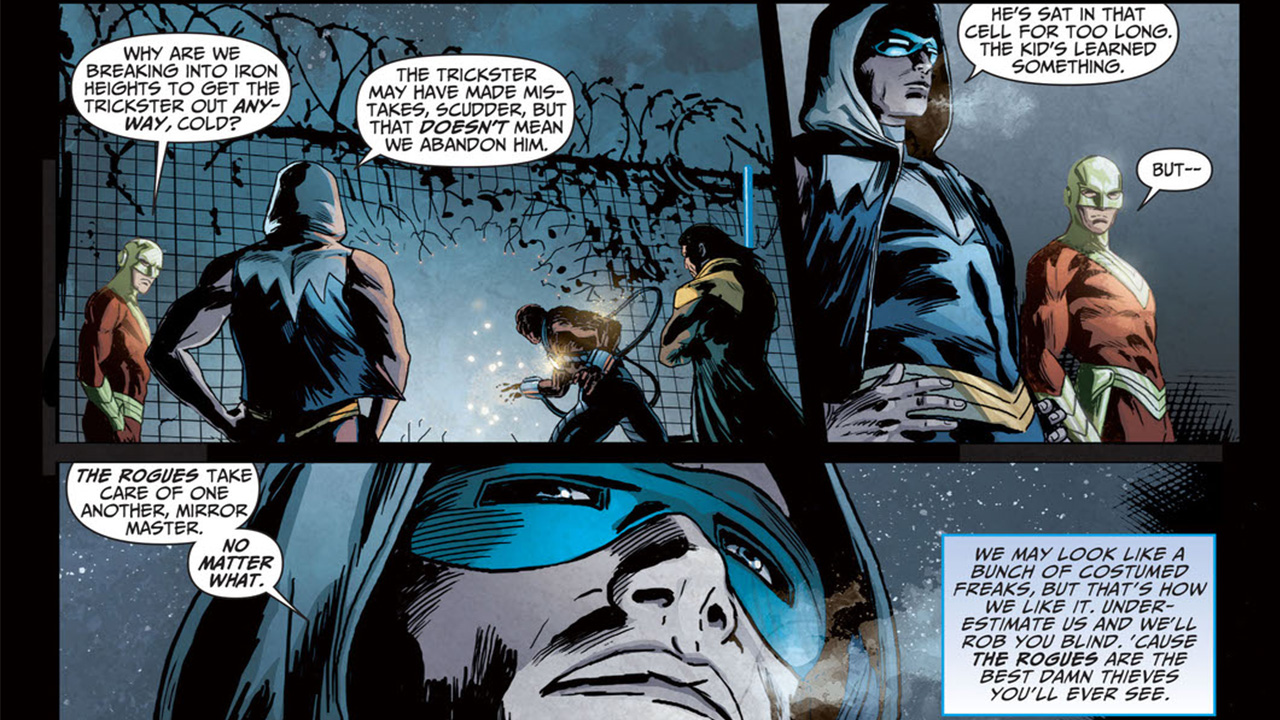 Maybe you’re not the most creative Super-Villain, or don’t exactly have the most useful power. There are other ways to get on the Rogues’ good sides, and they never forget their friends -- or their enemies. When social workers and non-profit do-gooders show up with rare treats like books or candy bars, identify your Rogues and pay tribute. If there’s a concert performance by some bleeding heart musician, save ‘em a good seat. Every day is an opportunity to get in good graces with The Rogues. And here’s the big secret: all of the Rogues are never in Iron Heights at once. Which means no matter what bleeding edge STAR Labs tech Wolfe installs, a good ol’ fashioned breakout is always around the corner. And The Rogues always look out for their own. 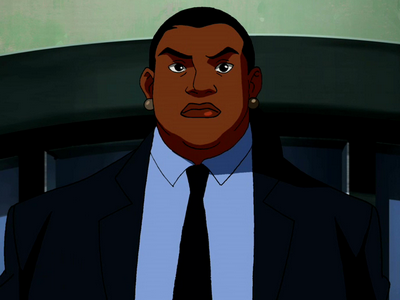 Cards on the table: no matter what the judge rules, Wolfe will do everything he can to make sure your stay at Iron Heights continues indefinitely. Any infraction real or imagined will be added to your sentence until you rot in your cell, or that creepy Murmur guy finally comes for you. You may be worried that participating in a breakout will only add more time to your sentence, and start looking for another, more legit way out. One day, a stout lady in a sharp suit might come to you for a meeting. She might say she represents some government agency. That she’s taken an interest in you, and can offer you a complete legal pardon... in exchange for a deal.

I can’t even risk getting into more detail here, but trust me: take your chances with the Rogues. If you’re really curious, just ask ‘em one day about whatever happened to Captain Boomerang. 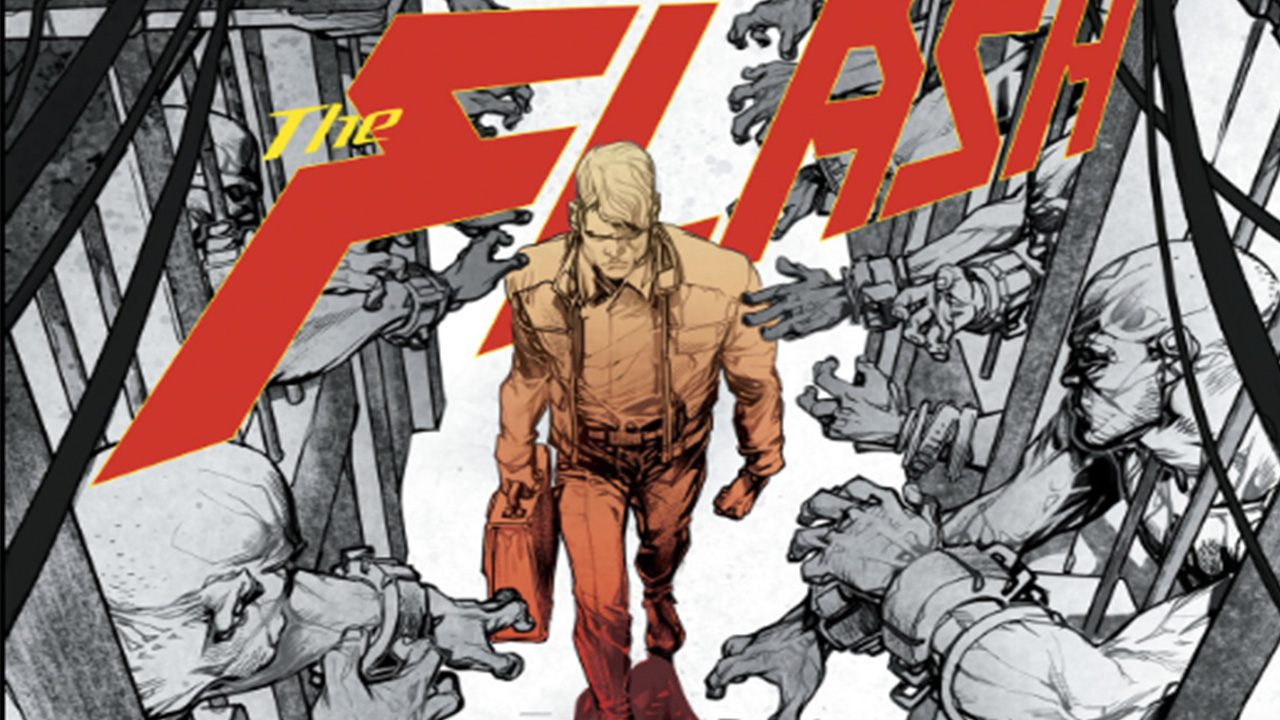 So, what have we learned? You can’t trust the warden, or the government. You better keep your secrets around the Rogues, or they’ll leave you in the dirt. So who CAN you confide in? Is there anybody in this hellhole who’s actually looking out for a poor sod who just made a bad choice?

Well, here’s a tip. There’s this one guy who comes around sometimes. Blonde dude, blue eyes. “Barry Allen.” He’s a forensic guy or something, but he’s the only one I’ve seen around here who gets in Wolfe’s business to cut us a break once in a while. Every inch of breathing room you got in this dungeon is probably one that he fought for. So if you’re really suffering bad and need serious help: Barry Allen’s your guy. Don’t worry about what the Rogues will think. We’ve all got an understanding about him: he’s off limits.

How would you survive a stretch in Iron Heights? Let us know in our Community!