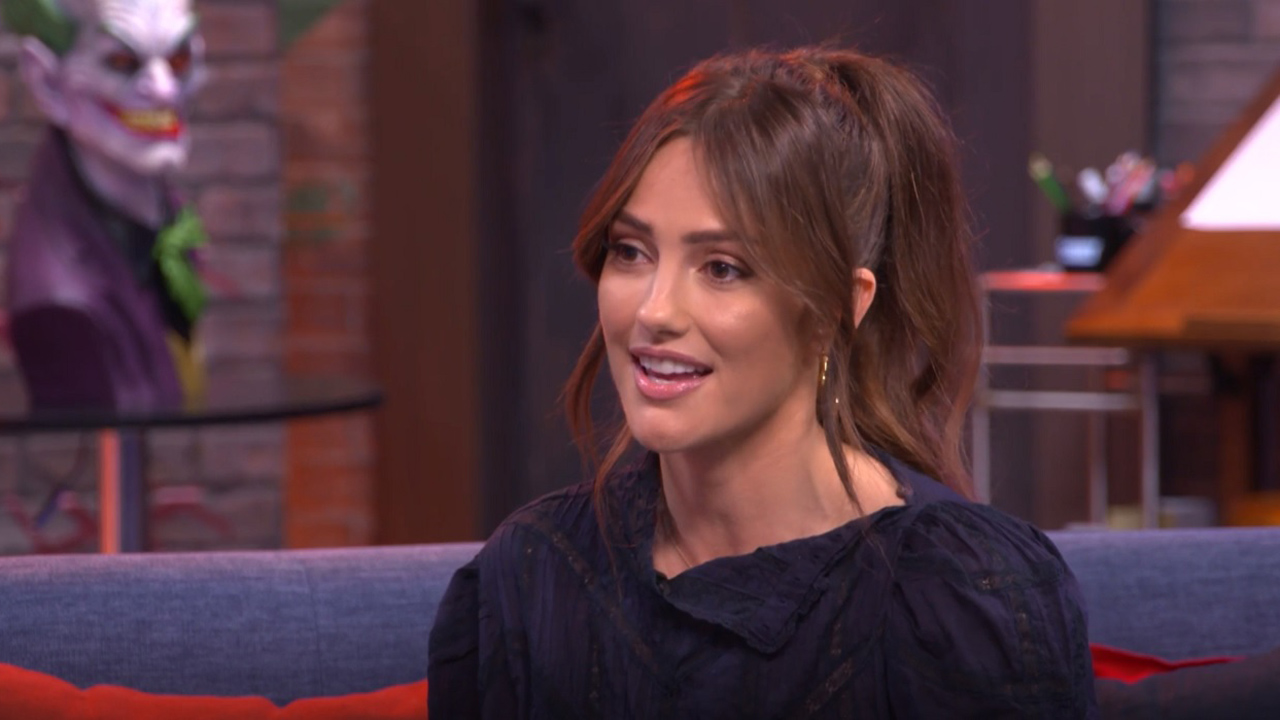 This Week on DC Daily: Visits from Three Titans

Did you catch DC Daily this week? We hope so, because otherwise you’re missing out on some great bits of fandom fun that you won’t find anywhere else! This week was no exception, with no less than three different cast members from Titans (Conor Leslie, Alan Ritchson, and Minka Kelly) stopping by! Here are some of the highlights...

On Monday, December 3rd, John Kourounis sat down with Conor Leslie to chat about her role as Donna Troy. This was special for Conor, since there has never been a portrayal of Donna in live-action before. Conor gave John her thoughts on Donna’s origin story, her friendship with Dick Grayson, and more. Afterwards, the DC Daily panel (Clarke Wolfe, Sam Humphries, John Kourounis, Samm Levine and Markeia McCarty) talked about Titans episode 8, “Donna Troy”. Clarke asked the gang if they trusted Rachel’s mom, and she was met with some immediate and enthusiastic No's. Ouch! Do you agree?

On Tuesday, December 4th, Samm Levine’s Roadshowcase returned to Warner Brothers Archives to check out some of the DC Universe’s greatest vehicles! Samm sampled everything from the Batmobile, to the Justice League Mother Boxes, and even a miniature version of Archie the owlship from Watchmen. Sadly, Samm’s mission to get a new ride was left unfulfilled, but he showed the fans some cool stuff along the way... Next, the DC Daily panel (Sam Humphries, Markeia McCarty, Hector Nevarro, and Brian Tong) held a book club discussing Batgirl: Year One. If you’ve read this classic storyline, then you’ll enjoy the topics debated during their discussion. Was Killer Moth a big enough threat for Batgirl’s first time out? Was her motivation believable? See if you wind up agreeing with the DC Daily gang!

On Wednesday, December 5th, Hector Nevarro gave some great advice for DC Fans who are eagerly awaiting the Arrowverse “Elseworlds” crossover: read Superman: Speeding Bullets! It’s one of the earliest Elseworlds comics, and it imagines a universe where baby Kal-El lands in Gotham, and gets adopted by the Waynes! Afterwards, Steve Orlando gave fans the scoop on his Martian Manhunter series. Have you ever wondered what it’s like to be a detective who can read minds? That’s a question Steve answers about J’onn. Next, the DC Daily panel (Hector Nevarro, Harley Quinn Smith, Samm Levine, and Brian Tong) talked about the first two episodes of Young Justice. Should Superman have been more accepting of Superboy? Was Speedy right to turn his back on the others?

On Thursday, December 6th, John Kourounis chatted with Alan Ritchson about Hawk’s return to DC’s Titans (watch this week's episode, "Hank and Dawn", here). Make sure you check out Alan’s funny story about what happened when both he and his co-star Minka Kelly asked Geoff Johns to send them Hawk and Dove comics... Speaking of Titans, after the interview, fans were treated to a featurette about bringing Donna Troy to live-action life, Geoff Johns talked about how important Donna was to the legacy of the Titans, and we got to see some cool behind the scenes bits. Next, the DC Daily panel (Hector Nevarro, Markeia McCarty, Jeff Loveness, Samm Levine, and Sam Humphries) talked about the classic Lois & Clark episode “Season’s Greedings”. The episode had some great holiday fun, and even included Sherman Hemsley (of The Jeffersons) as the Toyman, acting alongside his former onscreen wife Isabel Sanford, which delighted Samm to no end.

On Friday, December 7th, Tiffany Smith had a surprise for the DC Daily panel (Sam Humphries, Brian Tong, Markeia McCarty and Whitney Moore) -- the set had been redecorated for Christmas and now had some great new movie props -- including tridents from the Aquaman movie, penguins from Batman Returns, and more. But one new piece was still covered in wrapping paper with a note instructing not to open until December 21st. Hmmmm... Could this have something to do with the Aquaman movie? Afterwards, the gang snacked on some Superhero Ice Cream (which you can check out at SuperHeroIcecream.com) while discussing their excitement for the coming “Elseworlds” crossover and some new comics. Plus, Clarke Wolfe and Samm Levine interviewed Minka Kelly about Dawn’s return as Dove in Titans episode 9, “Hank and Dawn”. Minka had a lot to share about bringing Dove to life, and all the skills she had to learn for the role, including dance.

If you missed an episode, or want to watch it again, don’t forget you can stream DC Daily every week right here on DC Universe. The gang has a lot of fun stuff planned for next week, so make sure you check it out – you never know who will stop by the couch!