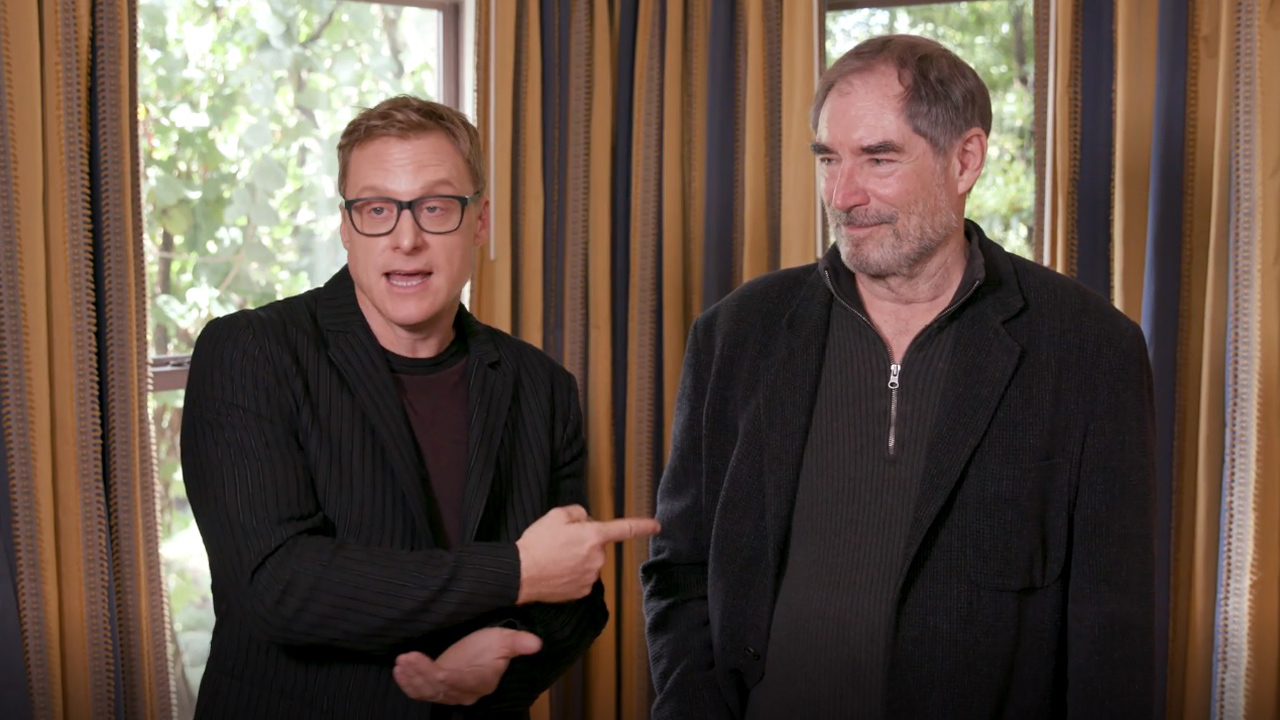 This week on DC DAILY: Meet the DOOM PATROL Cast!

Did you watch DC Daily this week? We hope so, because otherwise you missed plenty of unique content curated for DC fans like you! This week featured everything from chats with the cast of DC Universe's new Doom Patrol to magic tricks from illusionist Misty Lee! Here are some of the highlights…

On Monday, February 11th, Sam Humphries and Hector Navarro were joined by Rich Howard, Neal Powell, and Emily Buza from Whelmed: The Young Justice Files podcast for a full debriefing on the first half of this season of Young Justice: Outsiders, and where they hope the season will go from here. The gang sang the praises of the tie-in comic, and how it became a gateway book for many new readers, including Emily! Afterwards, the DC Daily panel (Sam Humphries, Hector Navarro, and Markeia McCarty) spoke with Paul Dini about The Batman Adventures: Mad Love, Dini's classic comic detailing Harley Quinn’s origin. Paul gave the gang some insight into Harley’s creation, and what drives her relationship with The Joker. Since Sam Humphries is currently writing Harley’s ongoing series, the inevitable question was asked…. whose Harley would win in a fight?

On Tuesday, February 12th,  John Kourounis sat down with DC writer Steve Orlando to talk about his new series Electric Warriors. Electric Warriors is an interesting take on a future society where superheroes have become myths, and combat is only conducted by chosen champions. Next, the DC Daily panel (Clarke Wolfe, Sam Humphries, Whitney Moore, Brian Tong, and John Kourounis) talked about the new DC anthology Mysteries of Love in Space. A discussion about Bizarro’s love life had Clarke Wolfe cracking up uncontrollably. The panel then debated what they believed the greatest love story of the DC Universe to be. Their choices may surprise you.

On Wednesday, February 13th, actors Timothy Dalton, Alan Tudyk, and Diane Guerrero gave us the scoop on their characters from Doom Patrol. Alan appears more like Mr. Nobody than one might think, and had some fun at the expense of his costar and onscreen enemy Timothy -- including giving away a small plot detail... Afterwards, the DC Daily panel (Hector Navarro, Markeia McCarty, Sam Humphries, Samm Levine, and Amy Dallen) talked about the next two chapters of writer Grant Morrison’s classic Doom Patrol run with Doom Patrol #21 and #22. There's a lot of surrealism to unpack in these two books, and it's interesting to see the panel wrap their minds around it.

On Thursday, February 14th, we caught some of the footage from the question-and-answer session with the Doom Patrol cast at last week's LA premiere screening. The actors revealed we’ll be seeing some classic Doom Patrol characters like Animal-Vegetable-Mineral Man and Mento -- in comic-accurate costumes! Next, the DC Daily panel (Hector Navarro, Harley Quinn Smith, and Samm Levine) had a special Valentine’s Day chat with Paul Dini and his wife Misty Lee. The couple talked about their favorite love stories in the DC Universe, with Misty and Harley agreeing that they’d share Ivy since she was their ideal mate! Then Misty, a famed real-life magician, performed some Valentine’s Day magic tricks, resulting in one of the most memorable moments yet seen on DC Daily. During all the Valentine’s Day fun, the talk was interrupted by a special Doom Patrol trailer. If you haven’t seen it yet, the trailer is bound to make you excited for DC Universe’s newest original show...

On Friday, February 15th, actors Brendan Fraser, Joivan Wade, and April Bowlby gave us the scoop on Robotman, Cyborg, and Elasti-Woman, respectively, and why Doom Patrol is the strangest DC Universe show yet. Next, the DC Daily panel (Clarke Wolfe, Whitney Moore, John Kourounis, Brian Tong, and Harley Quinn Smith) reacted to some of the latest DC Comics news, including the release of the Wonder Twins comic and Echo Kellum’s departure from Arrow. The week concluded with a return appearance from magician Misty Lee, who did an amazing escape stunt to close out the episode and usher in the holiday weekend.

If you missed any of the fun, remember that DC Daily is available to stream every day right here on DC Universe! This week had it all, so make sure you don’t miss the surprises in store for next week. After all, you never know who might stop by the couch!

What was your favorite segment on DC Daily this week? Let us know in our Community!