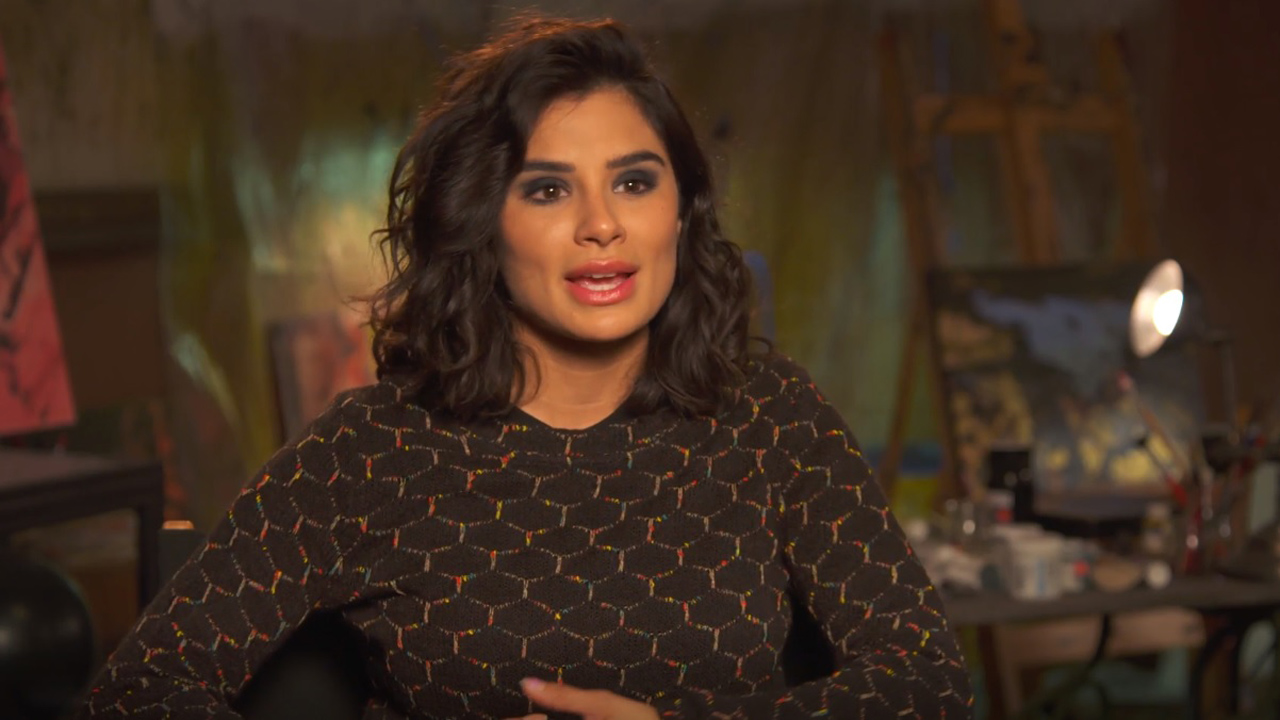 This Week on DC DAILY: Get Crazy with DOOM PATROL's Diane Guerrero!

It was another fun week on DC Daily, with actress Diane Guerrero taking us behind the scenes of DC Universe's Doom Patrol, Dan DiDio previewing what’s next for DC Comics, and a look at the restoration process for 1974’s live-action Shazam! series. Here are some of the highlights…

On Monday, March 11th, the DC Daily panel (John Kourounis, Markeia McCarty, Sam Humphries, Hector Navarro and Whitney Moore) had an in-depth discussion about the Young Justice: Outsiders episode “Royal We”. Oracle dominated the conversation, as the gang pondered what her relationship with Nightwing is now that there’s been another time skip. After giving a preview of what’s coming up for DC-TV, Hector Navarro presented another “Hector Guarantee”. This time, it was Green Lantern: The Animated Series. Next, the DC Daily panel (Samm Levine, Clarke Wolfe, Hector Navarro, Markeia McCarty, Whitney Moore, John Kourounis, Sam Humphries and Amy Dallen) joined in on the conversation surrounding the first Meta Madhouse team: Wonder Woman’s Warriors. The panel had a heated debate on who they would choose, as they argued the merits of XS vs. Hawkman. “Hairy chest barbarian with wings, which I am as well...” Sam Humphries said in defense of Hawkman. “What does XS actually even mean?" pondered John Kourounis. Who do you think will go the distance in this bracket match-up?

On Tuesday, March 12th, the DC Daily panel (Hector Navarro, Sam Humphries, John Kourounis and Amy Dallen) gave their thoughts on Batman: The Dawnbreaker. The comic imagines a world where Bruce Wayne is recruited into the Green Lantern Corps on the night his parents died, giving unlimited power to a kid with zero training. The conversation had an extra sense of authority, since the comic was written by DC Daily panelist Sam Humphries. But it also meant he had to answer for some of his story choices. “How could you…poor baby Bruce. The only way that day in his life could go worse,” Amy told Sam. Next, the panel discussed the 2010 animated film Superman/Shazam: The Return of Black Adam and how the two heroes played off of each other. Amy thought Clark Kent should adopt Billy Batson, while Hector explained how he would use the powers of Shazam to cheat death forever...

On Wednesday, March 13th, the DC Daily panel (Clarke Wolfe, Hector Navarro, Amy Dallen, Whitney Moore and John Kourounis) had a blast talking about the 1974 live-action Shazam! TV series. “This is a different kind of superhero show than we might be used to,” Clarke said, as her co-hosts laughed. Although the tone of the series is much more kid-friendly than modern superhero dramas, the gang found its charm refreshing. “I love that Mentor is like Cher or Bono. He’s just Mentor,” said Sam Humphries. Afterwards John Kourounis sat down with Dan DiDio for another DC Nation session. Dan gave fans a sneak peak at what’s to come with DCeased and Batman: The Last Knight on Earth. Next, the DC Daily Book Club (Markeia McCarty, Hector Navarro, John Kourounis, Amy Dallen and Samm Levine) discussed Doom Patrol: The Painting That Ate Paris and all of its surreal absurdity. The gang loved the inclusion of the Justice League, and how they had no choice but to sit back and react to the weirdness they were observing, much like the readers.

On Thursday, March 14th, the DC Daily panel (John Kourounis, Markeia McCarty, Clarke Wolfe, and Hector Navarro) showed off the redecorated set, which now features some cool Batman items to celebrate the Caped Crusader’s 80th anniversary! The gang then discussed the Doom Patrol episode “Cult Patrol”, and pondered if Kipling could be trusted. The episode also gave some new revelations about Robotman’s relationship with Crazy Jane, and the panel debated whether his fatherly behavior towards her was overstepping. Speaking of Crazy Jane, this episode included a featurette in which actress Diane Guerrero took viewers behind the scenes of Doom Patrol. Diane loves playing Jane and talked about the fun that comes with portraying 64 (!) different personalities.

On Friday, March 15th, the DC Daily panel (Clarke Wolfe, Sam Humphries, Whitney Moore, John Kourounis, and Markeia McCarty) looked ahead to St. Patrick’s Day by listing their favorite green characters in the DC Universe. Afterwards, viewers got a bonus featurette detailing the amazing lengths Warner Brothers went through to remaster the live-action Shazam! series. Once you see the before and after, you’ll be amazed at how much the old footage was cleaned up... Next, the DC Daily panel reacted to the news that Arrow will end with season 8 and discussed the legacy of the show. The gang then closed out the week by talking about the first 3 issues of Geoff Johns and Gary Frank’s new Shazam! series.

If you missed out on any of the fandom fun, don’t forget DC Daily streams everyday exclusively right here on DC Universe. Each week brings exciting discussions and surprises, so make sure you check it out. After all, you never know who might stop by the couch!