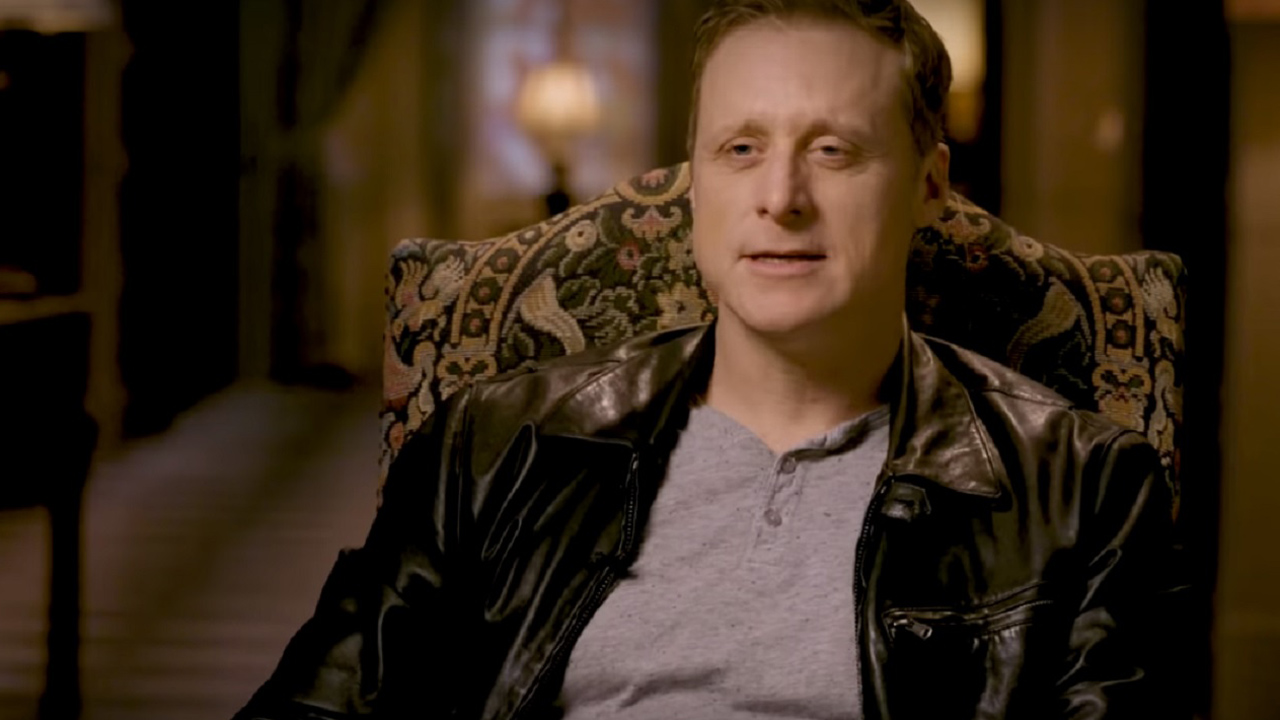 This Week on DC DAILY: DOOM PATROL's Alan Tudyk on Playing Mr. Nobody

It was another full week of fandom fun on DC Daily, including a visit from NFL player Gerald McCoy, comic storyline teases from writer Brian Michael Bendis, and an appearance from Doom Patrol star Alan Tudyk. Here are some of the highlights...

On Monday April 15th, the DC Daily panel (Clarke Wolfe, Hector Navarro, Harley Quinn Smith, John Kourounis, and Sam Humphries) discussed the Young Justice: Outsiders episode “Evolution." Harley felt like there was something off with Dr. Jace, and was worried about Black Lightning hooking up with her. What do you think? Next, DC Daily showed some video footage from Tampa Bay Buccaneers player Gerald McCoy's visit to the offices of DC Comics. During his tour, Gerald shared a cool story about how he converted his car into a Batmobile. Afterwards, the DC Daily panel returned to discuss the Krypton episode “House of El." Did Lyta-Zod go too far in her rise to power? She is a Zod after all…

On Wednesday April 17th, the DC Daily panel (Hector Navarro, Harley Quinn Smith, Markeia McCarty, Amy Dallen, and Whitney Moore) sat down to discuss the Batman Beyond episode “Out of the Past." The gang had plenty of things to say about the big twist in this episode, and why Ra’s Al Ghul is a contender for the most dangerous enemy Batman has ever faced... Comic writer Adam Glass then spoke with DC Daily about what Robin and his Teen Titans are up to in the “Terminus Agenda” storyline. It seems like Damian’s secret prison is coming to bite him in the butt... Afterwards, the DC Daily Book Club (Sam Humphries, John Kourounis, Whitney Moore, Amy Dallen, Hector Navarro, and Samm Levine) gave their thoughts on the first two chapters of “Batman: Year One." Is Batman a better hero than Gordon? Check out the book to see it for yourself.

On Thursday April 18th, the DC Daily panel (Sam Humphries, Hector Navarro, Samm Levine, Clarke Wolfe, Brian Tong, and Markeia McCarty) tried to make sense of all the insanity found in the Doom Patrol episode “Jane Patrol." The panel spoke about their favorite versions of Jane found in the Underground and debated the ethics of entering her brain. Speaking of Doom Patrol, viewers were treated to a special behind-the-scenes featurette in which Alan Tudyk gave insight into what makes his character Mr. Nobody tick... Afterwards, John Kourounis joined DC's Dan DiDio for another session of DC Nation. Lois Lane and Jimmy Olsen are each getting their own comic, and Dan gave DC Daily the scoop on what we can expect from both series.

On Friday April 19th, the DC Daily panel (Sam Humphries, Markeia McCarty, Whitney Moore, Amy Dallen, Samm Levine, Harley Quinn Smith, Hector Navarro, John Kourounis, Clarke Wolfe and Brian Tong) reacted to Nightwing winning DC Universe's first-ever Meta Madhouse, and reflected on the competition as a whole. It turns out that John Kourounis had the best predictions, correctly guessing 24 out of 32 first-match winners. “C’s get degrees, guys,” John gloated. Next, Sam Humphries spoke with writer Brian Michael Bendis about his current runs on Superman and Action Comics. Bendis revealed he read thousands of Superman comics to prepare for his gig, and gave some hints as to how the DC Universe's secret organizations would be shaken up during his “Leviathan Rising” event. Afterwards, the DC Daily panel returned to discuss the 2015 animated film Justice League: Gods and Monsters. Check out the episode for the nerdy discussion that concluded DC Daily this week.

If you missed any of the fandom fun, don’t forget DC Daily is available to stream every day exclusively on DC Universe. There are plenty of surprises every week, so be sure to check it out. After all, you never know who might stop by the couch!