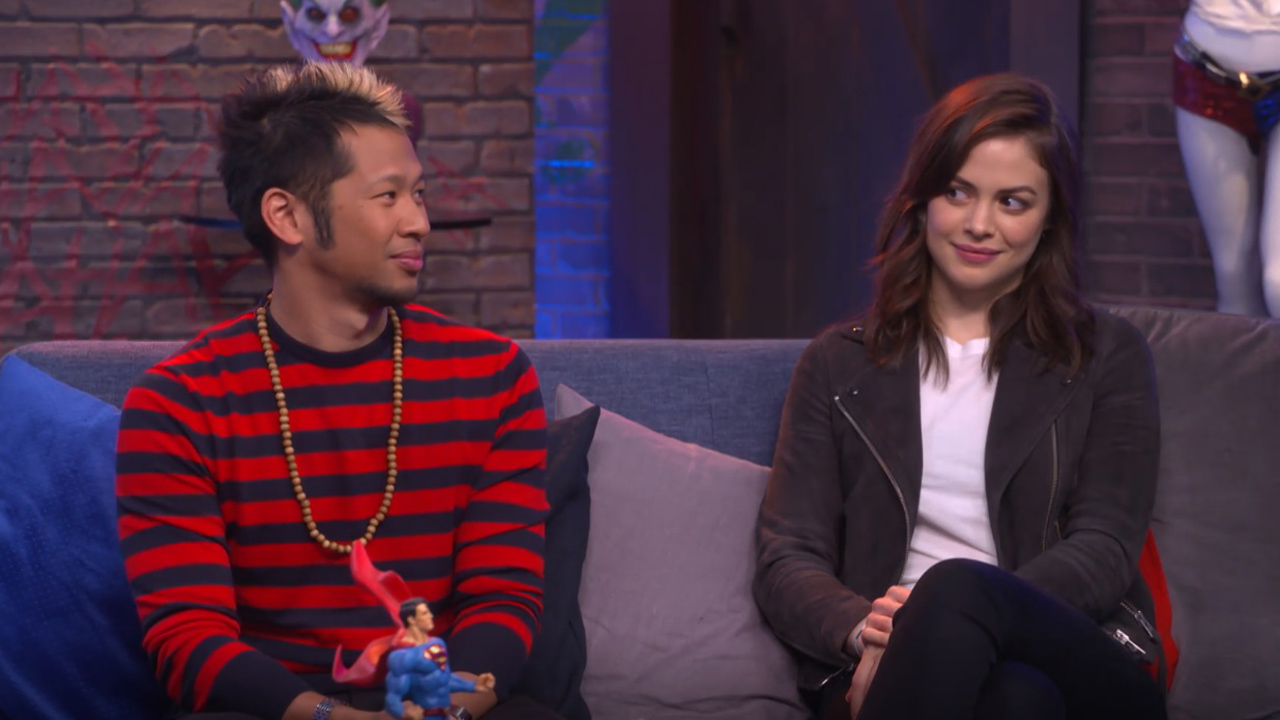 Have you been watching DC Daily since it debuted last September? DC Universe’s exclusive news show has now delivered over 100 episodes of hardcore fan content! This week featured chats with DC writers Marv Wolfman, Joshua Williamson, and Cecil Castellucci -- along with Titans star Conor Leslie doing a live reading of Donna Troy comics! Here are all of the week's highlights…

On Monday, February 4th, John Kourounis sat down with Dan DiDio for a DC Nation update. Dan gave DC fans the scoop on what they can expect from the new comic series Female Furies and Detective Comics #1000, and even provided some insight into John’s socks! Next, the DC Daily panel (Hector Navarro, Markeia McCarty, John Kourounis, and Harley Quinn Smith) talked about the first two episodes of Batman Beyond, which celebrates its 20th anniversary this year. The gang shared their thoughts on Terry McGinnis and Bruce Wayne’s relationship, and discussed the tragic circumstances behind Bruce’s retirement.

On Tuesday, February 5th, DC Daily hit a major milestone with its 100th episode! Pulling out all the stops, DC writer Marv Wolfman made a return appearance, and sat down with Sam Humphries to talk about “Man and Superman”. The one-shot comic explores the earliest days of Superman’s career and what drove him to go public. It had been sitting in a desk for years, and is just now being released! Next, the DC Daily panel (Clarke Wolfe, Whitney Moore, Sam Humphries, John Kourounis, and Brian Tong) got together to discuss the animated movie Superman/Batman: Public Enemies. The gang discussed Lex Luthor’s presidency and the awesomeness that is the film's Toyman.

On Wednesday, February 6th, we were treated to a full-length trailer for Justice League vs. The Fatal Five, the next big DC animated movie! Afterwards, Hector Navarro had a chat with writer Cecil Castellucci on her new comic series Female Furies! Cecil gave Hector the breakdown on how the series would present the struggles of Darkseid’s finest female warriors, saying it would humanize villains like Wicked.  Next, the DC Daily panel (Hector Navarro, Samm Levine, Sam Humphries, and Markeia McCarty) were joined by guest Amy Dallen to discuss Doom Patrol #19 and Doom Patrol #20, which launched Grant Morrison’s legendary run on the title. The panel reminded us just how different the DC Universe was when the book came out in 1989, and how its surrealism and wackiness helped propel the medium into a new era.

On Thursday, February 7th, writer Joshua Williamson spoke about his Batman and Flash crossover that starts in Batman #64. Barry and Bruce must team up to solve the Sanctuary murders, but can their relationship be repaired? And what role does Gotham Girl play? Next, the DC Daily panel (Hector Navarro, Whitney Moore, Harley Quinn Smith, Brian Tong, Clarke Wolfe, and Samm Levine) gave their thoughts on the 2006 Aquaman TV series pilot. “I can’t defend that it’s a bad show, but I loved it,” Whitney said, adding, “I would’ve watched the whole season” had it been picked up. The gang thought the pilot was dated, but had its charm. Do you agree?

On Friday, February 8th, we got a teaser for Doom Patrol that is sure to get you excited for the show's premiere on Friday, February 15th! Next, Conor Leslie (Donna Troy on DC Universe's Titans) stopped by to do a live reading of a comic book -- Titans #18 -- with Hector Navarro, Harley Quinn Smith and Brian Tong. Hearing Conor Leslie read Donna’s dialogue is like having the comic book come to life. Afterwards, the DC Daily panel (Clarke Wolfe, Whitney Moore, Harley Quinn Smith, Samm Levine, and Brian Tong) gave their rundown on all the latest DC news, from TV series renewals to the best new comic releases.

If you missed any of the action, don’t forget that DC Daily is available to stream every day right here on DC Universe. The first 100 episodes were epic, and we have a feeling that the next 100 will be just as awesome. So make sure you tune in next week. After all, you never know who might stop by the couch!

What was your favorite DC Daily moment of the week? Let us know in our Community!