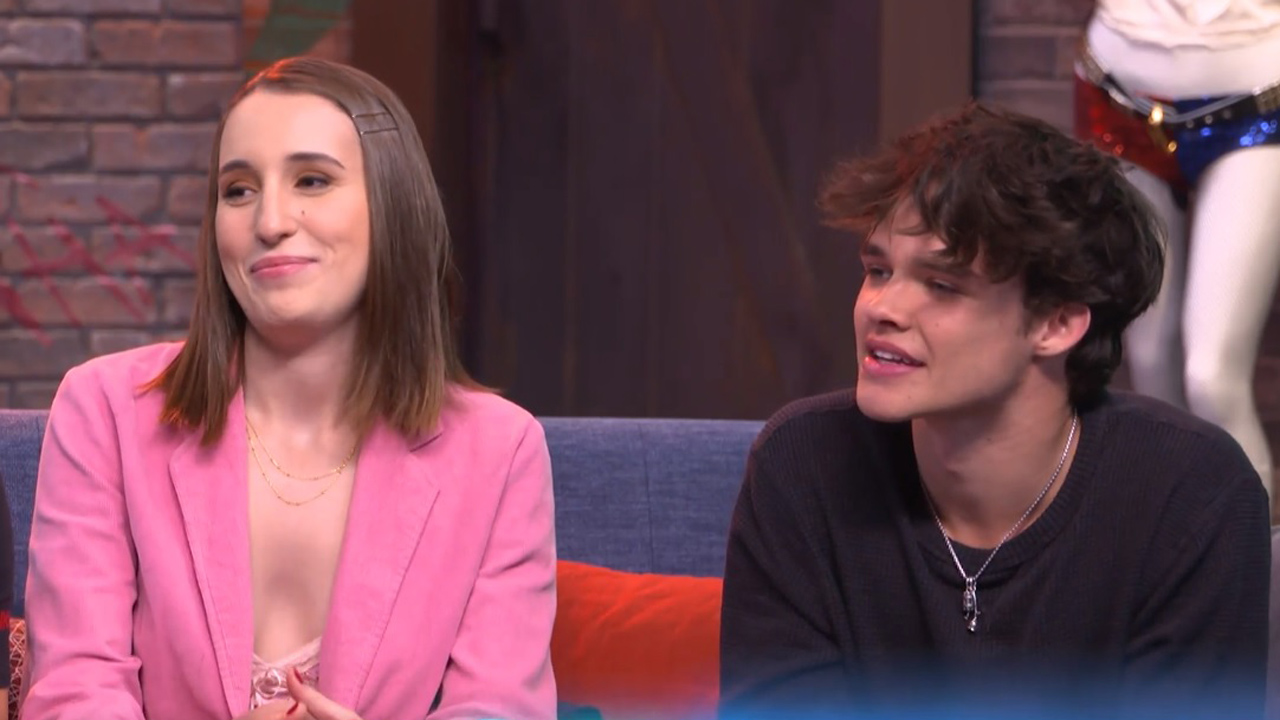 This Week on DC Daily: Behind the Scenes with Jason Todd

Have you been watching DC Daily on DC Universe? If not, then you’re missing out on some amazing stuff. Just this week, the show featured appearances by actors Curran Walters and Tara Strong, in addition to the usual fun features and discussion from the regular correspondents and panelists. Here’s what the whole gang was up to…

On Monday, November 19th, Samm Levine’s Roadshowcase gave us a tour of some pretty cool pieces of Superman memorabilia in the Warner Brothers Archives. If you’re a fan of DC movies, there was plenty of cool props to geek out over, from Superman III's "evil Superman" suit to the hammer from the 1997 movie Steel! Despite Samm’s best efforts, he wasn’t able to take any of the props home. Afterwards, the DC Daily panel (Clarke Wolfe, Samm Levine, Sam Humphries and Hector Nevarro) debated some of the heavy questions from Titans “Jason Todd” episode, such as was it ethical for Batman to place trackers in his sidekicks? And did Dick go too far by almost killing Zucco?

On Tuesday, November 20th, Tara Strong -- a legend for voicing Teen Titans' Raven, The New Batman Adventures' Batgirl, and of course Harley Quinn -- came by the couch to do a special live reading of Harley Quinn #50. It was an interesting experience for Sam Humphries, since he's the author of the comic. Afterwards, the DC Daily Panel (Hector, Clarke, Brian Tong, and Harley Quinn Smith) had a panel discussion about the DC Animated Movie “Under The Red Hood”. Curran Walters, who plays Jason Todd on TITANS, joined the discussion with his first-hand perspective on the character. The gang debated some of the questions raised by the movie – such as who was responsible for what happened to Jason: Batman, the Joker, Ra’s, or Jason himself?

On Thursday, November 22nd, DC Daily celebrated Thanksgiving by asking an all-star cast of DC Comics writers, artists and actors which superhero or villain they would invite for their holiday dinner! Some interesting responses were given from Nafessa Williams, Hartley Sawyer, Amanda Connor and more – check out the episode to see who they invited! Afterwards, Hector Nevarro showed us some behind-the-scenes footage on the making of TITANS episode 6, “Jason Todd”. And speaking of the second Robin… Curran Walters did another stint with the DC Daily Book Club to talk about Batman #409, the second chapter in Jason Todd’s post-Crisis introduction.

On Friday, November 23rd, the DC Daily Panel (Tiffany Smith, John Kourounis, Harley Quinn Smith, and Samm Levine) recommended some gift ideas for the DC fans in your life. After sampling some of the cool statues, trade paperbacks, and toys, the gang discussed some of this week’s new comics, including the Earth-shattering events of Aquaman #42.

If you missed any of the action this week, don’t fret – the episodes are available to stream right here on DC Universe. Be sure to check back next week to see what DC Daily has to offer. You never know who will show up on the couch!