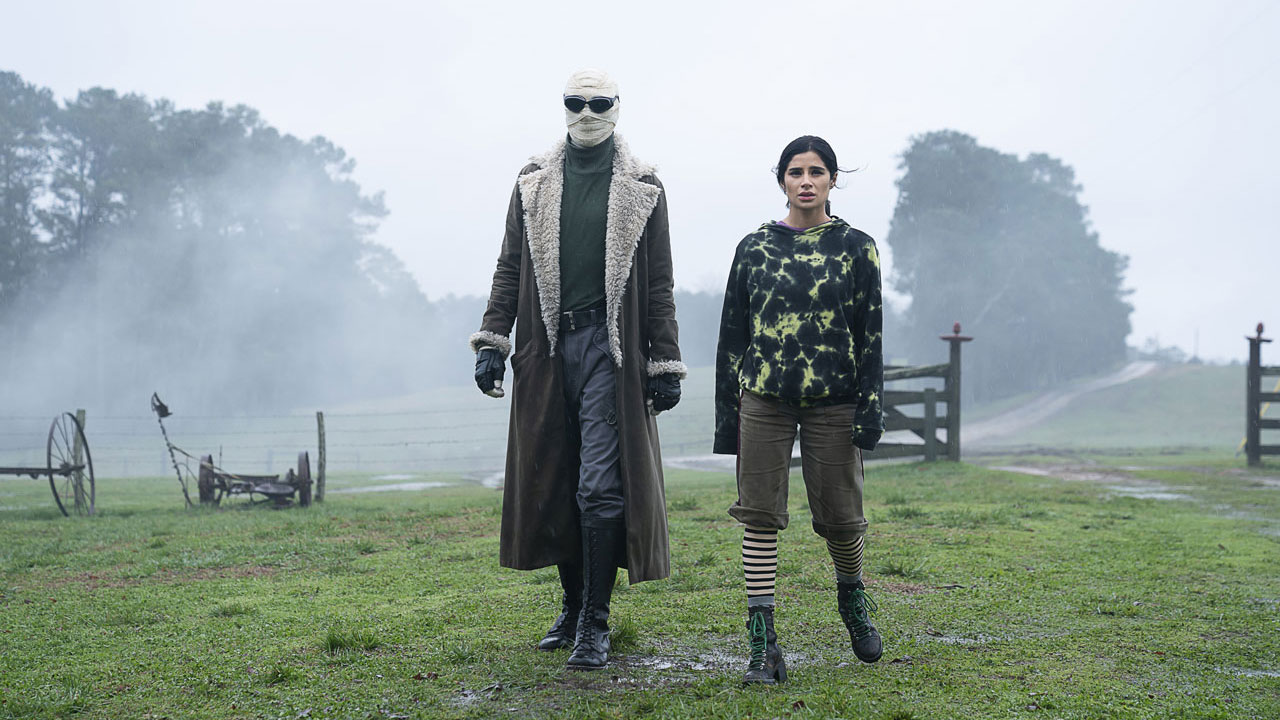 A fun day at the carnival has ended with the apocalyptic arrival of the Candlemaker. Don’t you hate it when that happens? DC Universe’s Doom Patrol sure knows how to raise the stakes! From red shoes to bowler hats, here’s everything that went down in “Dad Patrol.” 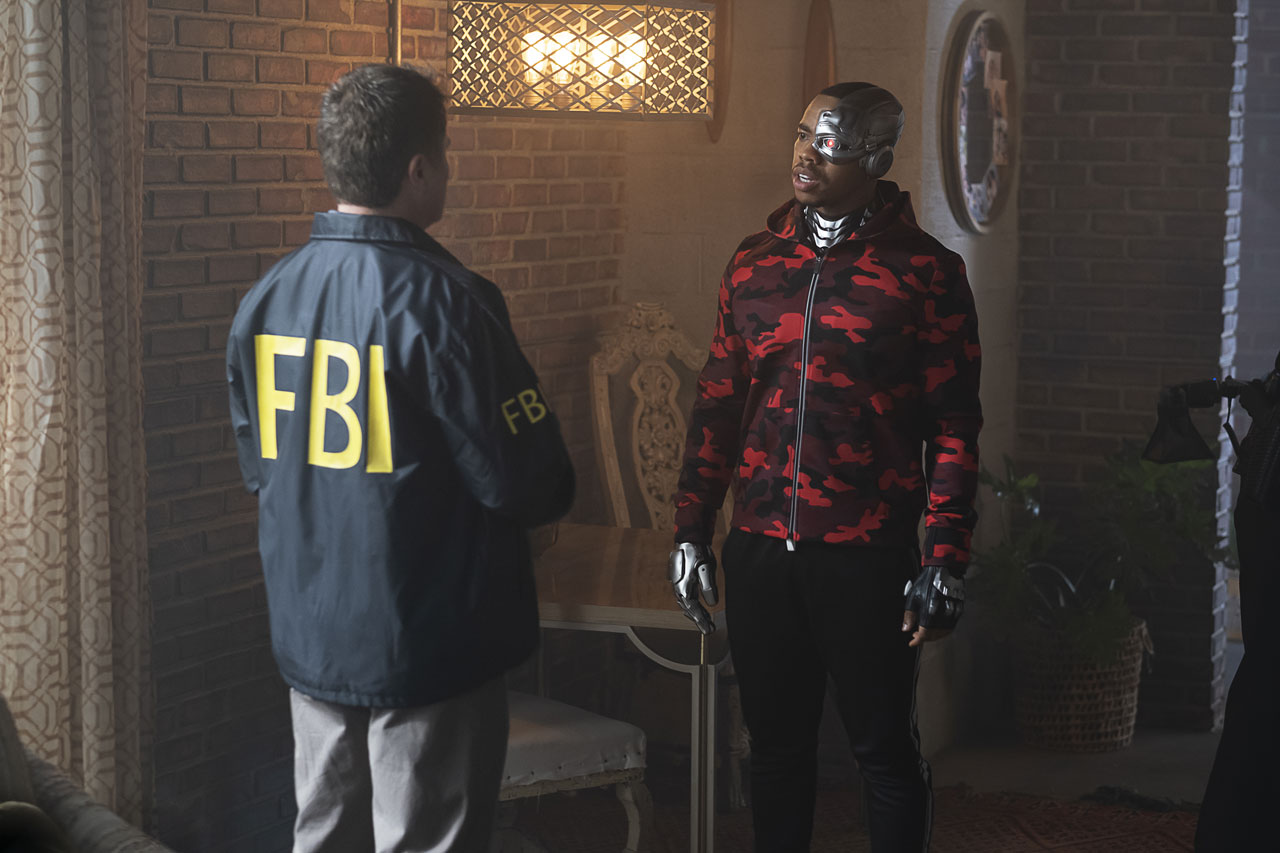 Victor found out that Roni used stolen Uma Jelly to enhance her strength -- and murder one of the tycoons responsible for her condition. Victor confronted her, and it didn’t end well.

Rita tried to make the Beekeeper happen. It’s not happening.

Jane journeyed to Kay’s childhood home to retrieve a lost stuffed animal, hoping it would prove her worth as Primary. During her pilgrimage, she realized the strength Miranda brought to the table, and offered to step aside in favor of her. Instead Miranda betrayed Jane, pushing her into the Underground’s well.

Cliff finally reconnected with his daughter Clara. After an afternoon of bonding, Clara invited her father to her upcoming wedding, which Cliff happily accepted.

Because Dorothy has begun puberty, the Candlemaker is unleashed upon the world. Welp, existing was fun while it lasted. Guess we were so busy having anxiety over the murder hornets that we slept on the Candlemaker problem.

Bunbury is our Weirdo of the Week! Of course a rabbit is leading the secret society that Kipling reports to. This is Doom Patrol, so that makes perfect sense. We’ve got to hand it to Bunbury: the Knights Templar showed a lot of reverence to him. That society has flourished for centuries, so whatever Bunbury is doing, his leadership is working. Too bad his reign is about to end since Candlemaker has come to destroy us all.

MVP OF THE WEEK

Can we all take a moment to show some respect for Carol, the minimart employee who helped Dorothy? The poor girl was going through a traumatic milestone, and Carol dropped everything to help her. She displayed compassion and understanding, and was the nurturing presence Dorothy needed. She did all this for a stranger! The world would be a better place if everyone was more like Carol. Too bad the Candlemaker is here and the world is over. 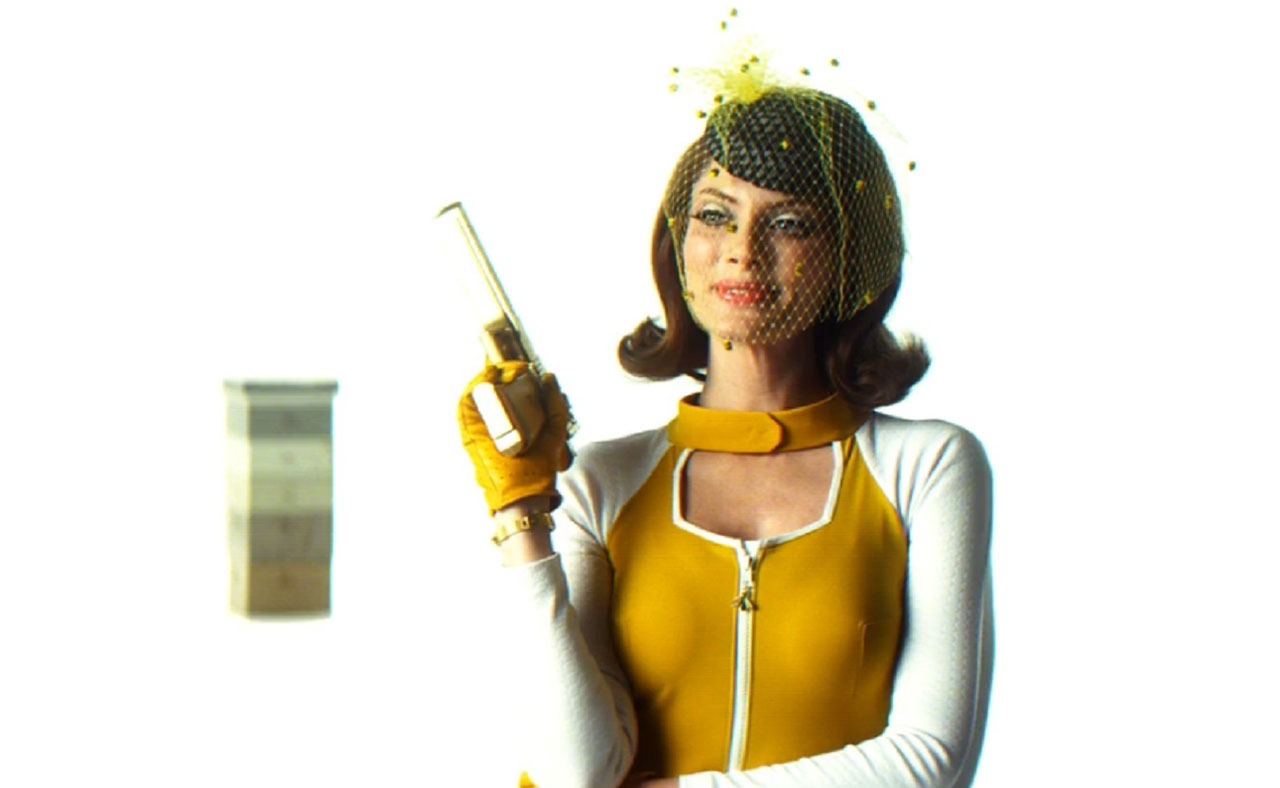 This series keeps on pitching insane spin-offs, and we’re here for it! A few weeks ago we had “Steele and Stone” and this episode gave us “Beekeeper & Borg.” This fantasy sequence was a fun throwback to the 1960s British television series The Avengers, and the costuming department knocked it out of the park. Cyborg needs to wear bowler hats more often, and Rita’s Emma Peel-inspired attire was perfection. It’s a shame the Candlemaker will destroy us before we have a chance to see “Beekeeper & Borg.” 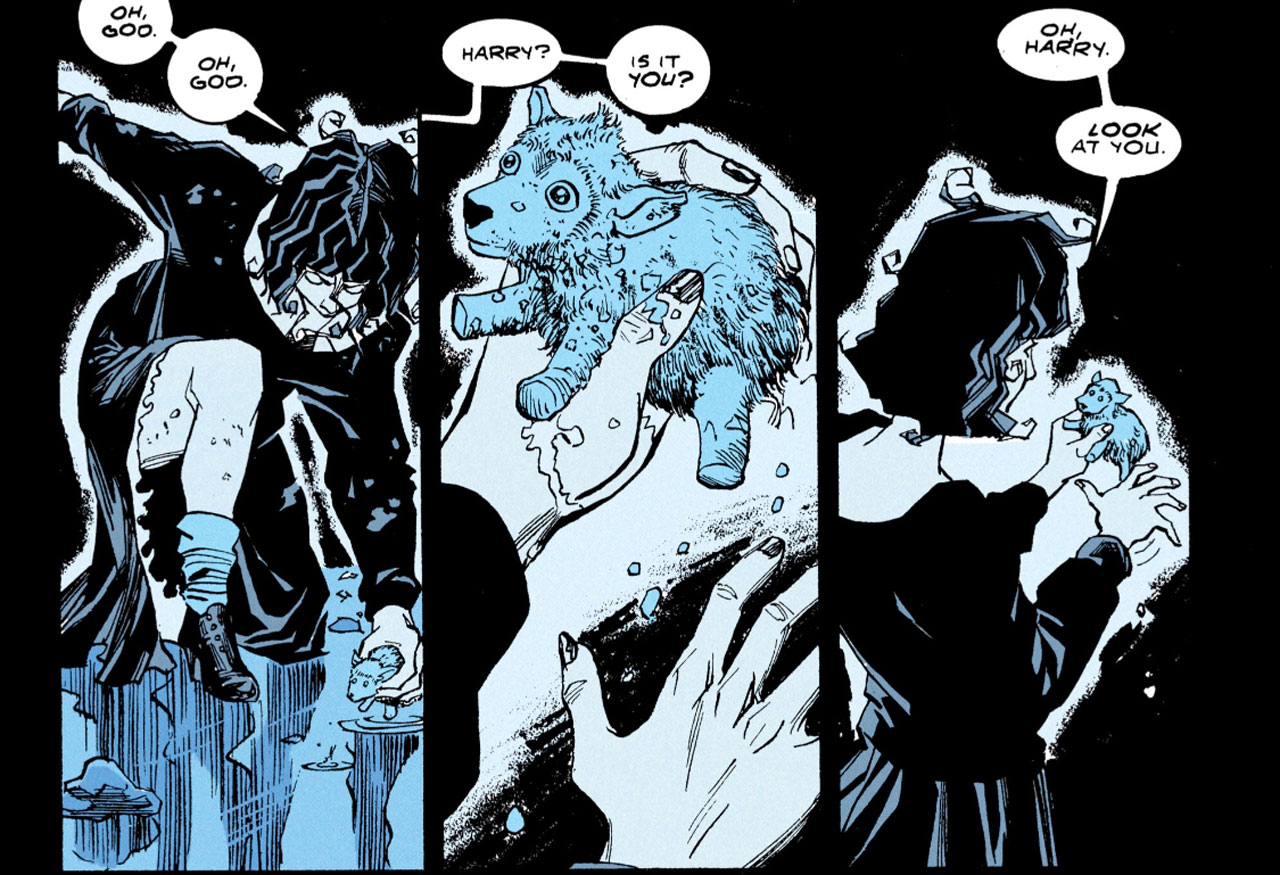 This episode continued the tradition of homaging some of the best sequences from writer Grant Morrison and artist Richard Case’s groundbreaking Doom Patrol run. The scene of young Kay’s stuffed animal Harry being lost in the well is in Doom Patrol #56. In this issue, Jane goes down the well and retrieves the animal, just like she does in this episode.

This week’s episode also had the spirit of Dorothy’s mother telling her to “Put on the red shoes.” The red shoes are a metaphor for Dorothy growing up, and this analogy was used throughout Doom Patrol #25. You might as well check these comics out now, since the Candlemaker is about to destroy the world and we’ll never be able to read comics again. 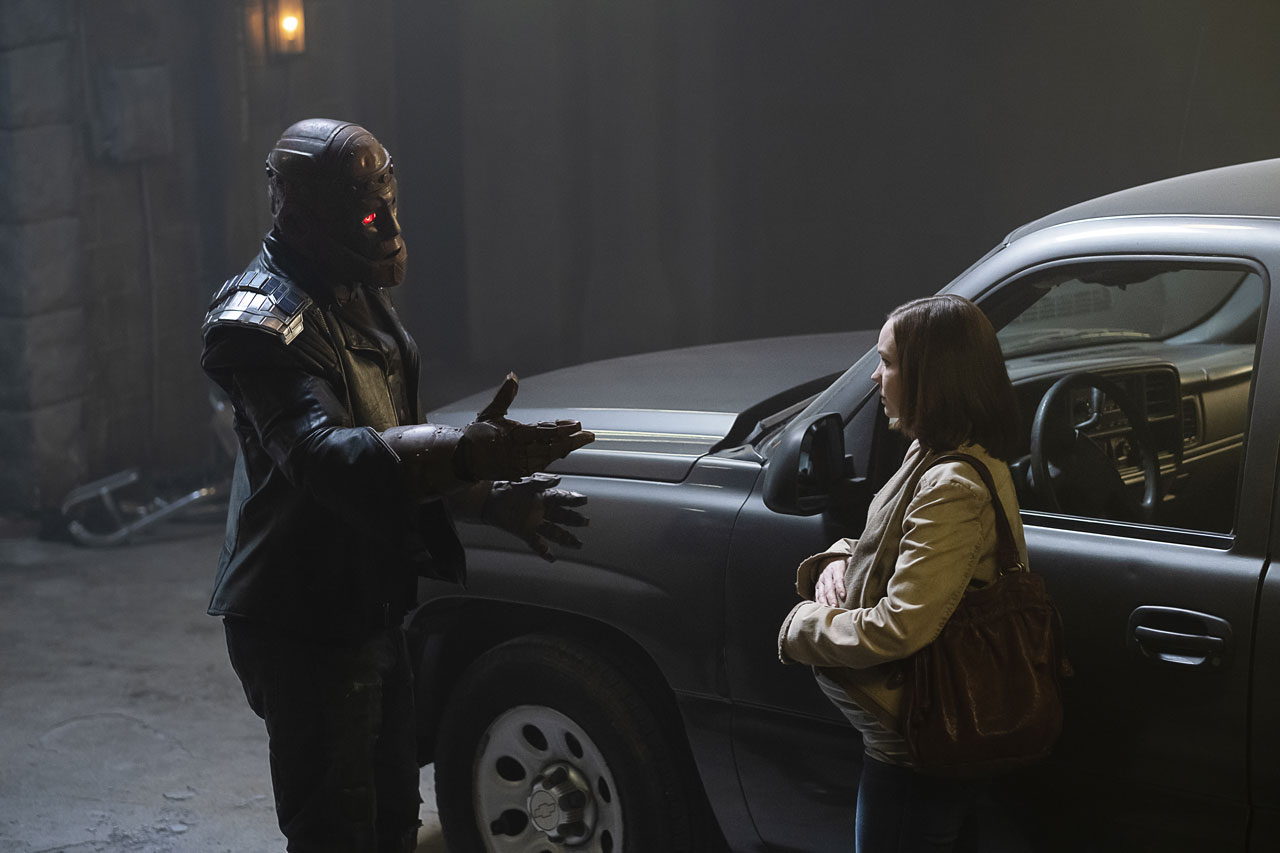 What is Bunbury’s deal, and how did a rabbit rise to power in a society of sorcerers?

What is Cliff planning on doing with the finger he grilled? And how do you accidentally cook a finger?

Who is the father of Clara’s baby? Please don’t tell us it’s the Chief! He already has his finger in everyone’s lives.

Dorothy is over 100 years old. Why is she getting her first period now?

It’s a shame the Candlemaker will destroy everything before we can get these questions answered. Ah well... Tune in next Thursday for Doom Patrol's season 2 finale “Wax Patrol.”

How do you think the season will end? Share your theories with our Community!