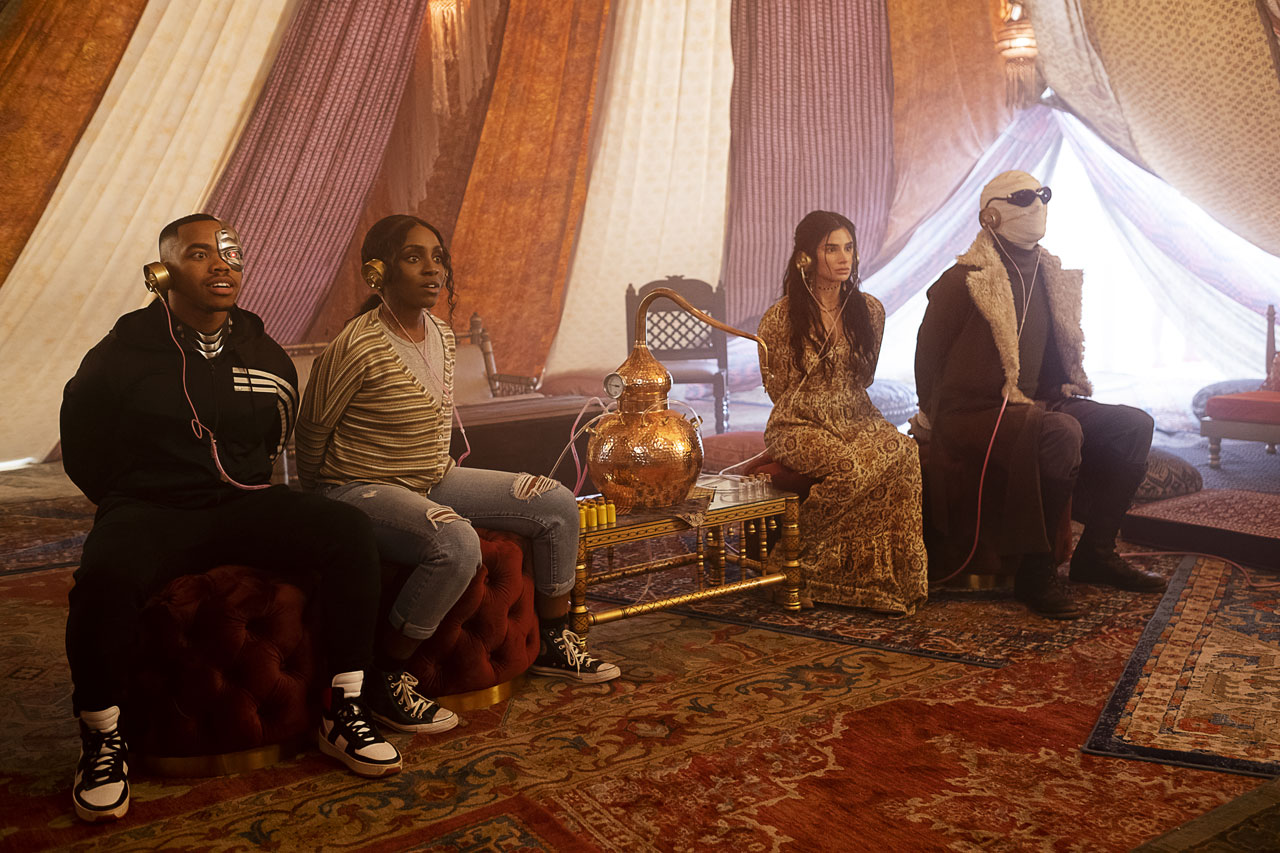 In a world full of dumb ideas, watching DC Universe’s Doom Patrol might be the only smart idea left. Sure it might not always be as highbrow as Frasier, but has Kelsey Grammer ever fought an army of microscopic pink men? Here’s all the fun things we noticed in "Dumb Patrol.” 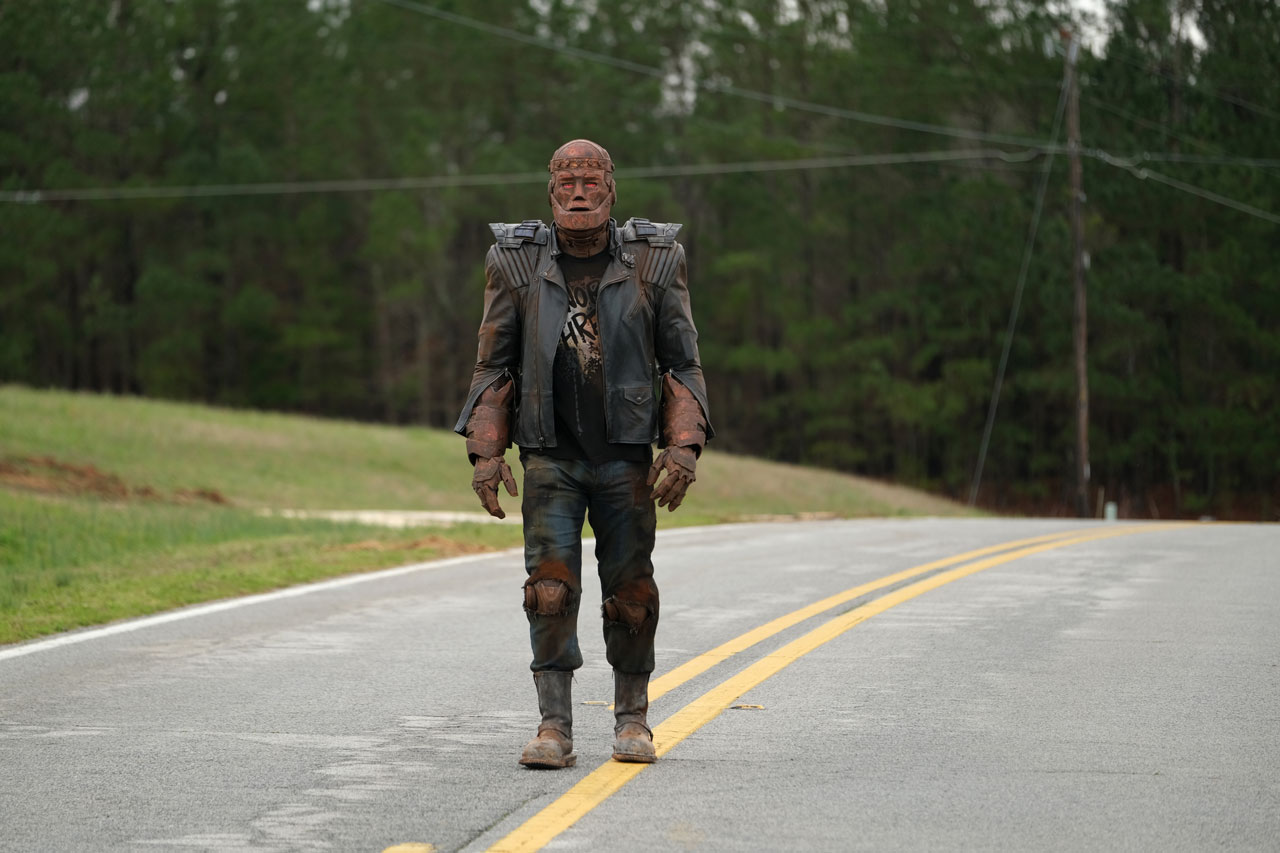 * The Doom Patrol got infected by a group of beings called Scants, who forced them to have a series of dumb ideas. Luckily, Miranda was there to keep everyone alive. Otherwise this season would’ve ended a few episodes early.

* Cliff returned to Earth, but wound up stuck on the side of the road. After spending a humiliating afternoon being forced to do video shoutouts, Cliff came back to Doom Manor to find his daughter Clara waiting for him.

* Rita dealt with her mommy issues by yelling at a swarm of bees. In fairness, the bees probably did something to deserve it.

* After a tense confrontation with the Candlemaker, Niles decided his daughter Dorothy must be taken out for the sake of the world. Niles, please no… 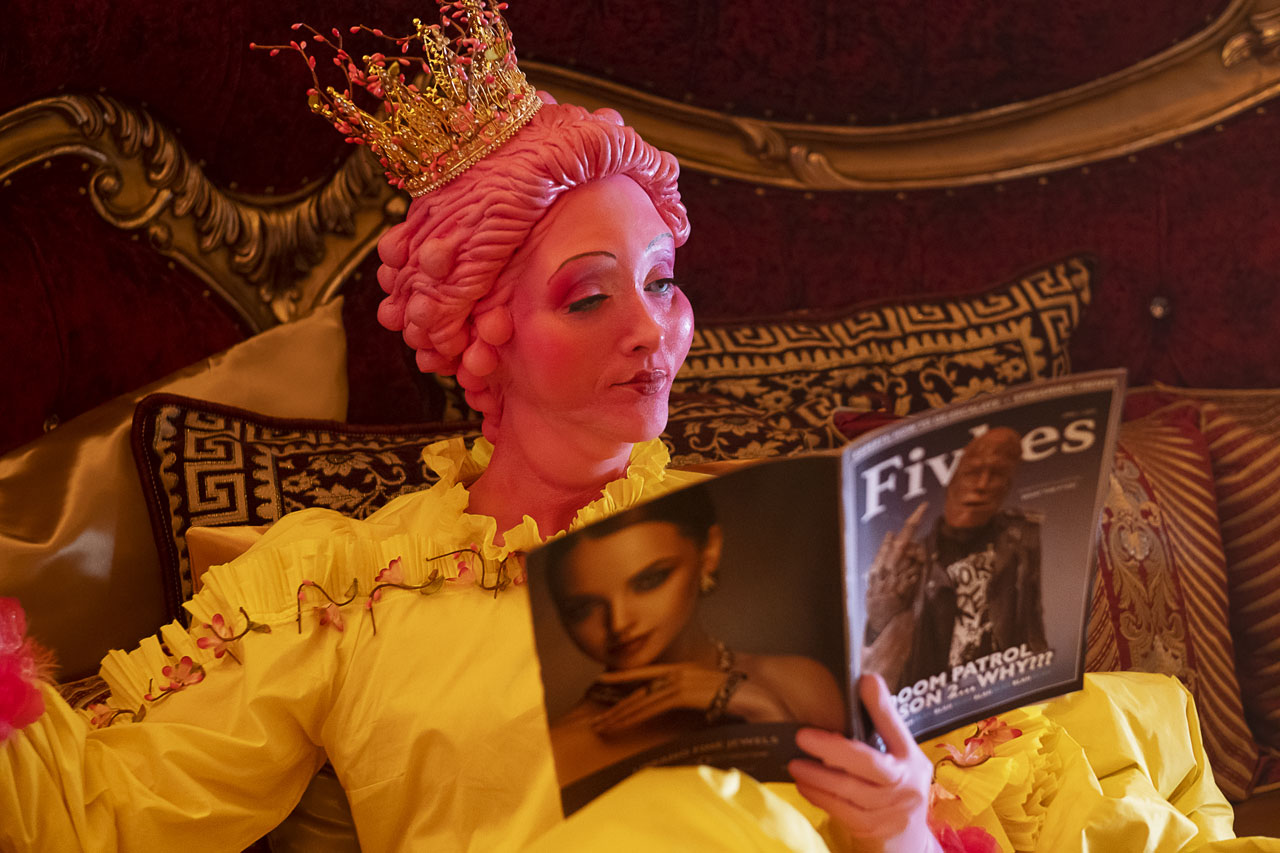 The Scant Queen is the Weirdo of the Week, and we dig her energy. Her ability to feed off of bad ideas and use that energy to get stronger, her devotion to her waterbed, and her fiery temper make her the winner this week. And not because the Scants told us this was a good idea.

Where to begin? This episode again gave us an avalanche of strange moments and dumb ideas. Victor almost performed surgery on Roni. Larry and Flit thought they could sneak past hospital guards by wearing lab coats. Cliff left a stupid voicemail for his daughter. Wait, Cliff didn’t get infected by the Scants like the others did... Guess he just sucks at making good decisions.

We’ve been paying attention to what you all say in our Community, and we know how much you want to see Cyborg and Beast Boy on screen together. This week’s episode finally put the two characters together, but in typical Doom Patrol fashion. Beast Boy could be seen, albeit in his Teen Titans Go! form, on the back of Beard Hunter’s underwear. That means if you want to see your favorite green Titan, you have to stare at Beard Hunter’s butt. You’re welcome.

THE CROSSOVER NOBODY SAW COMING

Speaking of crossovers, according to the Beard Hunter, Mr. Nobody left the painting after getting a gig on an animated show. As he’s explaining this, a graphic appears advertising DC Universe’s Harley Quinn, where Alan Tudyk plays the Joker and Clayface. We’ve seen Mr. Nobody’s powers, and we’ve seen him break the fourth wall dozens of times, so it’s not hard to believe he could jump from series to series. Heck, we recently saw him hijack DC Daily’s final episode. Perhaps the Joker and Clayface have been Mr. Nobody this whole time, which means that Harley Quinn is part of Doom Patrol’s canon. Does this change the way you watch the show? There’s only one way to find out – binge Harley Quinn all over again!

It’s been a while since we’ve checked in with Animal-Vegetable-Mineral Man, one of our favorite running gags in season 1. When we last left our goofy mutant, he'd survived an assassination attempt and became a media curiosity. Now it appears Animal-Vegetable-Mineral Man has written a book, or at least his dinosaur side has. According to the billboard Cliff destroyed, the memoir got rave reviews from Gerard Way (writer of 2016’s Doom Patrol), Jeremy Lambert (Doom Patrol: Weight of the World co-writer), and Kite Man. Yes, you read that correctly – Kite Man. Further proof that Harley Quinn and Doom Patrol are in the same meta continuity? Hell yeah!

The Scants might encourage bad ideas, but reading Gerard Way’s Doom Patrol is always a good idea! 2017’s Doom Patrol #7 introduced the Scants, Idyat, and Uma Jelly, which all served as the basis for this episode. The Chief joined the team on their Scant expedition, and as usual, he didn't tell everyone the full story. The issue features dynamic artwork from Mike Allred and Nick Derington, who make the world of the Scants unforgettable. 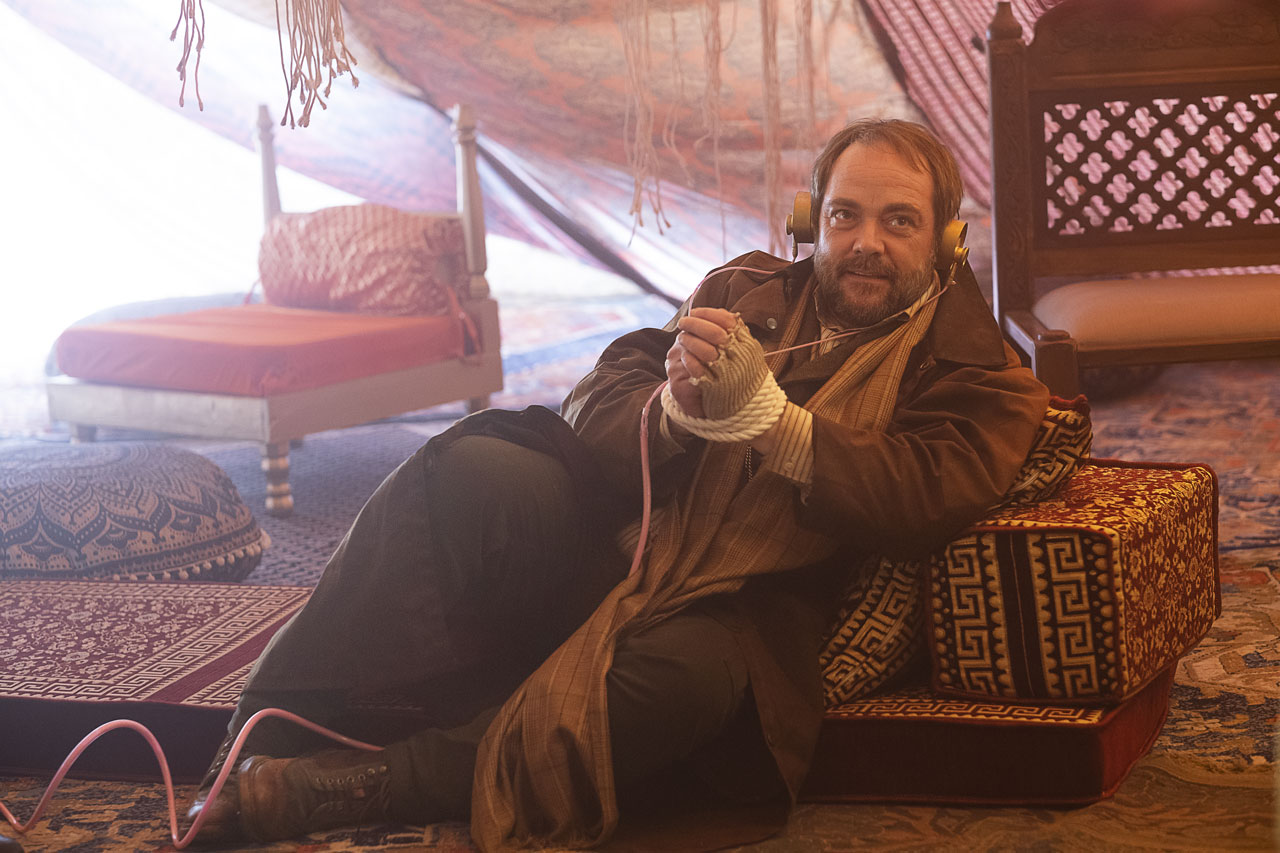 * How did the Underground get a copy of Animal-Vegetable-Mineral Man’s book? Does Amazon Prime deliver to psychic mindscapes?

* What is Roni planning on doing with the Uma Jelly?

* Is Kipling’s love for Baphomet unrequited? Can a second-rate sorcerer and a torso-less horse find love in this mixed-up world?

Have Scants ever made you do something dumb? Share your story in our Community!