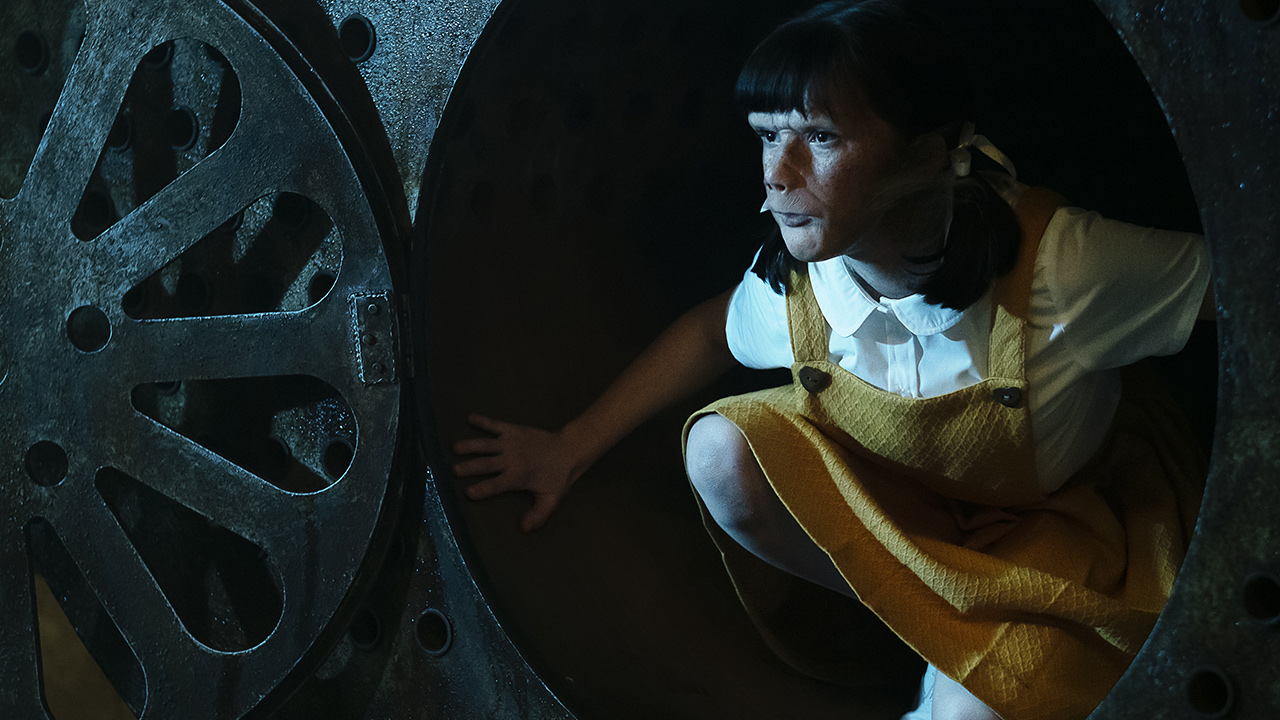 Here’s our rundown on everything that went down in this week's episode of Doom Patrol,  “Finger Patrol.”

Yikes, that escalated quickly! How on Earth did we go from a tea party playdate to a scene from a horror movie? You never know what to expect when it comes to DC Universe’s Doom Patrol, and this week proved that in spades. Here’s our rundown on everything that went down in “Finger Patrol.” 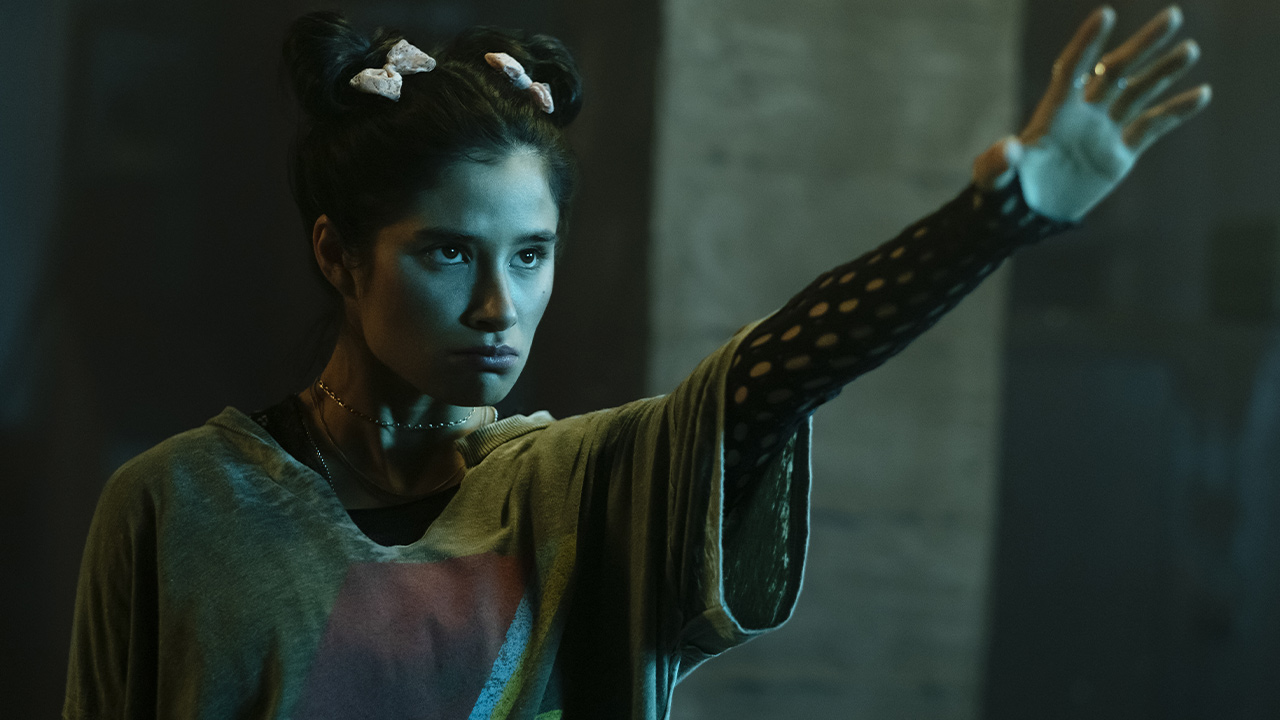 * Niles decided to arrange a playdate between Baby Doll and Dorothy. What could possibly go wrong?

* Everything. Everything went wrong. Baby Doll locked Dorothy in a furnace, and things spiraled out of control from there. After killing Dorothy’s imaginary friend Manny, the Candlemaker retaliated by invading the Underground and brutally murdering Baby Doll.

* Larry decided to reconnect with his son Paul, and things went well – until they didn’t. Paul tried to turn his father over to the Bureau of Normalcy, and Larry’s grandson Dex was wounded in the crossfire. Another example of “that escalated quickly.”

* Cliff accidentally sliced a guy’s finger off in a car door. He’s keeping the finger, because dibs or something. 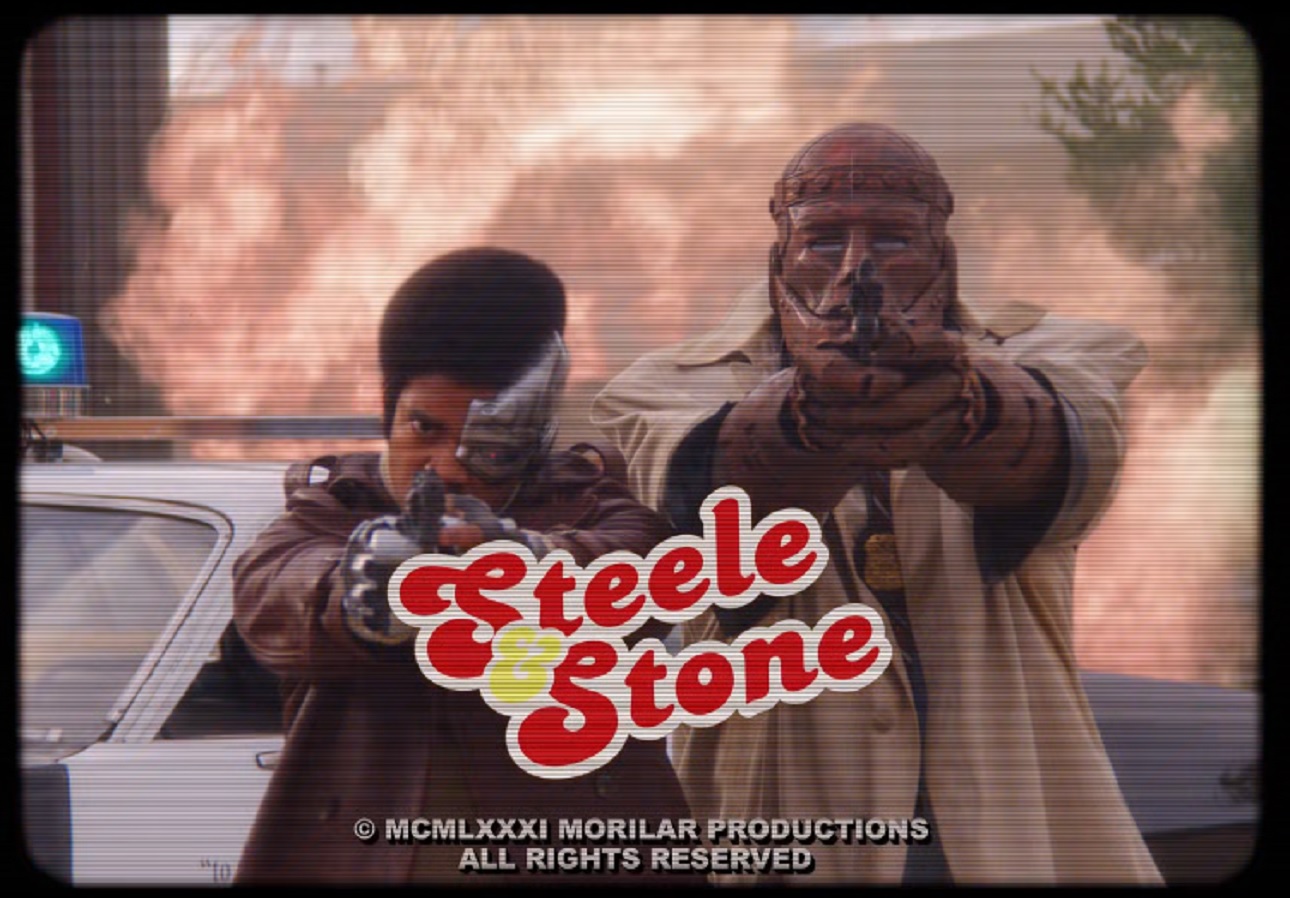 Raise your hand if you loved the Steele and Stone sequence. If your hand isn’t up, we don’t know what’s wrong with you because that segment was strange, awesome, random, and everything we didn’t realize we wanted. None of us had “Robotman imagines himself in a 1970’s era cop show” on our Doom Patrol season 2 bingo card, but we can’t stop thinking about that segment. The music, the haircuts, the fashion, and more. We even got Brendan Fraser singing a fun little theme song for it. We know we’re not suppose to use the Candlemaker’s candles to make wishes, but we’re tempted to do one just so we could get a season of Steele and Stone greenlit. 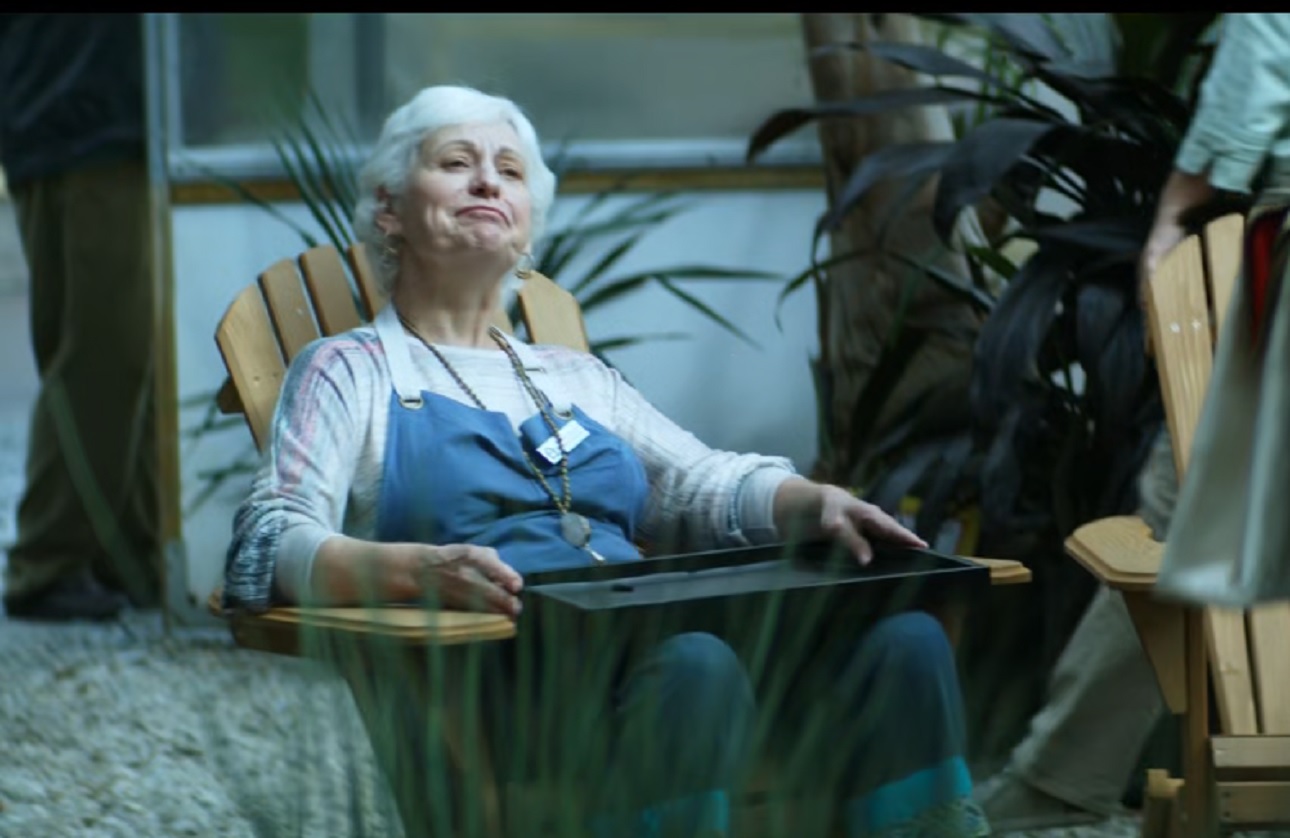 This episode’s Weirdo of the Week is Mickey Harris, the woman who Rita auditioned for. You might be raising your eyebrow wondering how this seemingly average woman beat out a mummified fighter pilot and a literal robot man, but her credentials add up. According to the backstory Harris gives in her scene, she’s the assistant manager of the gardening department, a journalist for her local paper, and the director for the local theatre troupe. That is insane! This is the year 2020, where most of us barely have time to do 2 things a day, yet this woman is working 3 full-time jobs. We don’t know what Mickey’s deal is, but her day to day life must be interesting. 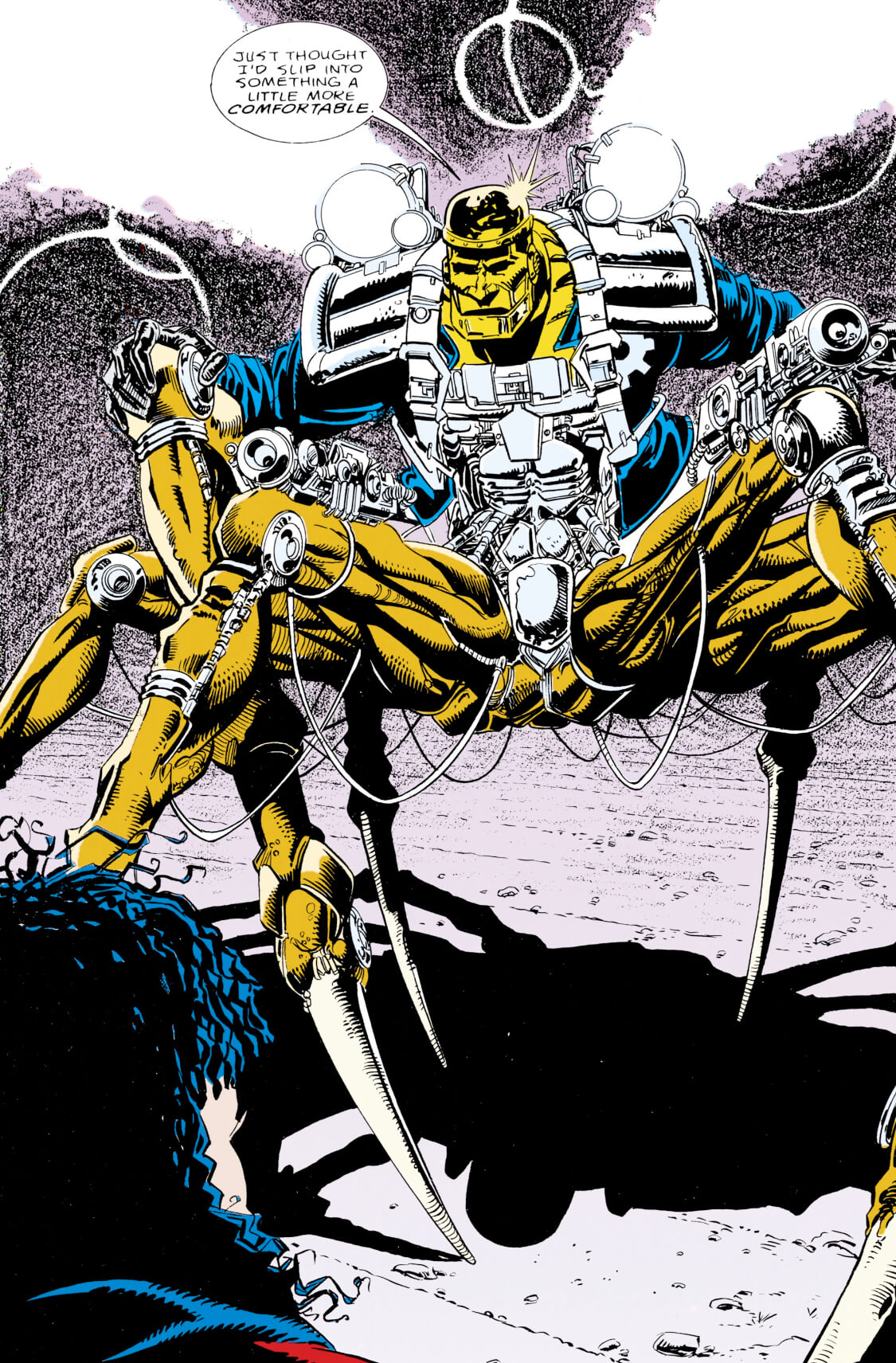 If you’re a fan of Grant Morrison and Richard Case’s run on Doom Patrol, then this episode gave you plenty of reasons to smile. The moment where Larry looks at the Russian dolls is an homage to a scene from 1989’s Doom Patrol #23. If you think Larry was having an identity crisis in the show, the comics will blow your mind! At the time Larry and the Negative Spirit had fused with a woman named Eleanor Poole to create a being called Rebis. Like the Russian dolls, Rebis was a person within a person in a seemingly never-ending cycle, giving the scene a sense of poignancy.

Did you catch the spider version of Robotman in the Chief’s sketchbook. That’s right, he’s from the comics too. In 1990’s Doom Patrol #39 Cliff’s robotic legs were mauled off by a demonic dog. Naturally he got his legs temporarily replaced with spider legs because this is Doom Patrol and we have to go with the craziest option.

If you pause the episode at 14:04 then you might notice the roof of another building behind Doom Manor. That building is the Georgia Mental Health Institute, which was used as the filming location for Hawkins Lab on Stranger Things, and Star Labs in Doom Patrol season 1. The building is next door to Briarcliff Mansion, the filming location for Doom Manor. Both buildings are located at Emory University’s Briarcliff campus. In other words, there’s a lot of crazy science going on at that college. Don’t expect any crossovers with Eleven and Dorothy anytime soon, but it’s still amusing to know that both mad science shows are next door neighbors. 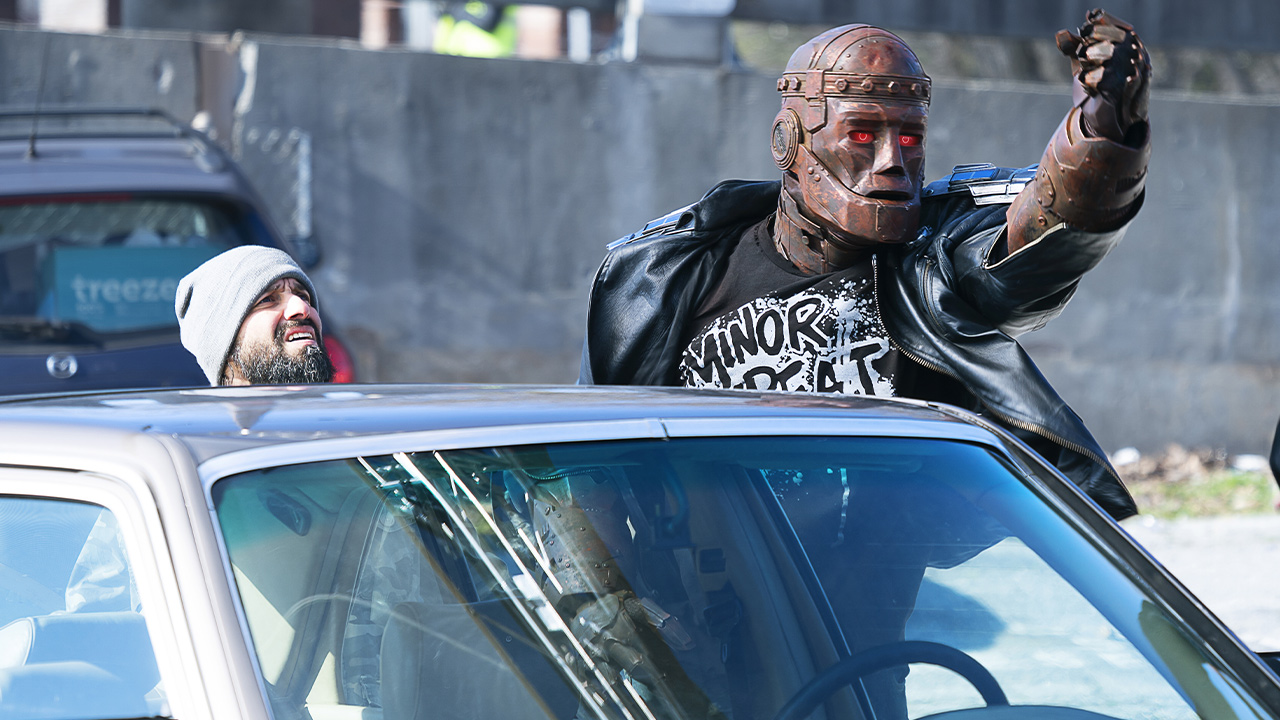 * Is it possible for one of Jane’s personalities to die? What happens when an imaginary friend kills a split personality? Has that sentence ever been typed before?

* Considering the way Dorothy grew up, is it possible that her get-together with Baby Doll was her first playdate?

* Did Vic really leave Cliff by himself in the car for hours while he had snuggle time with Roni? At least give him 20 bucks for a matinee or something.

Would you watch a STEELE AND STONE spin-off? Let us know in our Community!