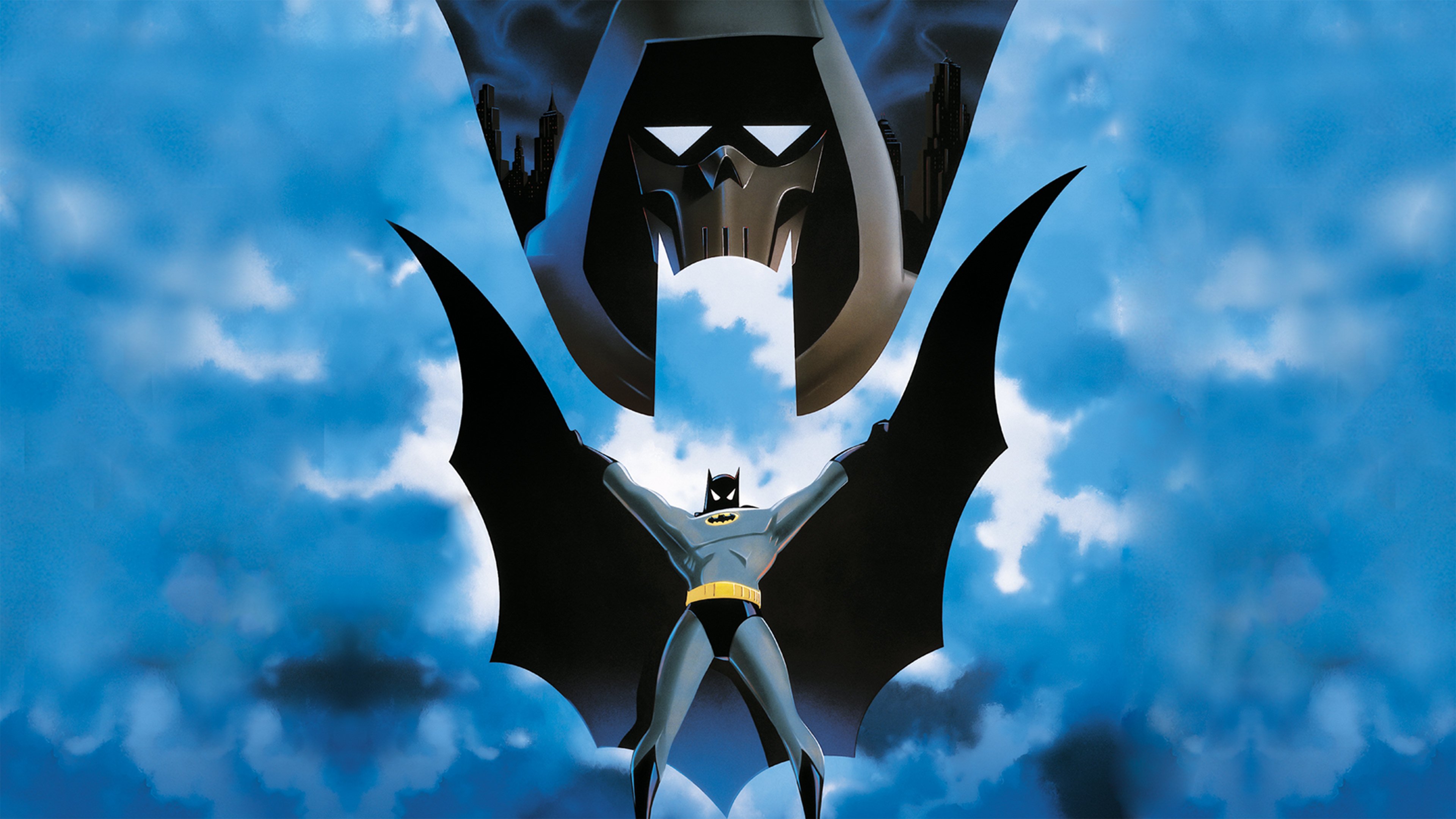 Yesterday the world lost Martin Pasko, an Emmy Award-winning writer who crafted many classic DC stories. Pasko was a lifelong DC fan, who, before turning pro, regularly had his fan mail published in letter columns. Pasko brought that passion with him when he began writing for DC Comics in 1974. Over the years Pasko wrote many memorable stories, and created dynamic characters and concepts. In remembrance of Martin Pasko, here are 5 of his most essential stories.

BATMAN: MASK OF THE PHANTASM 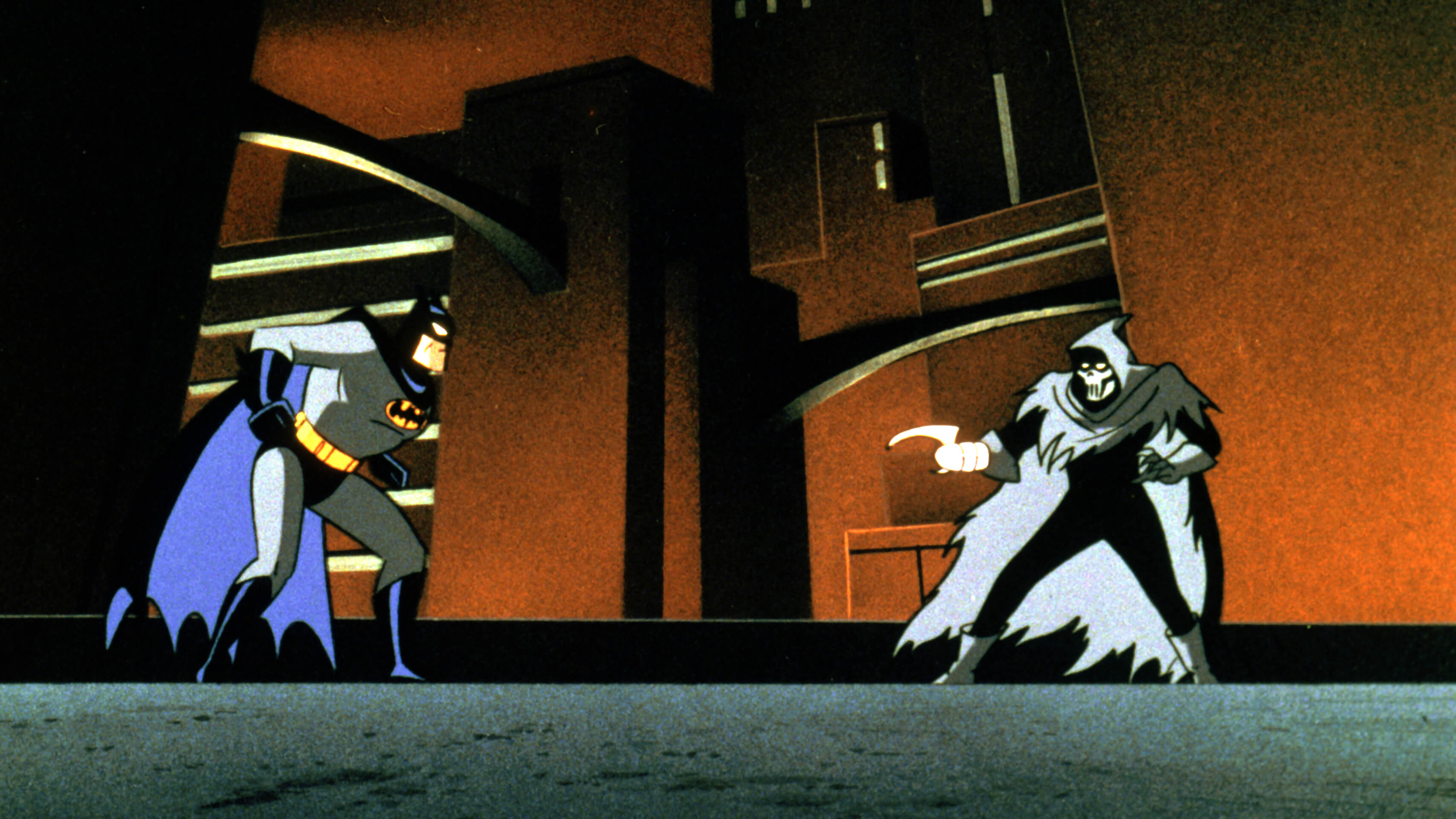 The Story: A mysterious hooded killer stalks Gotham’s underworld, and Batman is blamed for the brutal murders. As Batman hunts the Phantasm, an old flame resurfaces in Gotham. The return of his ex-fiancee causes Bruce to flashback to the days before he became Batman, and how he almost abandoned crimefighting to settle down and start a family.

Why It’s Notable: Mask of the Phantasm -- which Martin Pasko co-wrote with Alan Burnett, Paul Dini, and Michael Reeves – is held by many fans as the finest Batman film. It captures the humanity of the Dark Knight, in an emotional story that blends tragedy, romance, and horror. Plus, it contains one of the best Batman vs. Joker fights ever animated!

Bonus: If you love Mask of the Phantasm, and want to see more Pasko-penned stories set in the DC Animated Universe, check out 1992’s The Batman Adventures #4-5.

THE SAGA OF THE SWAMP THING 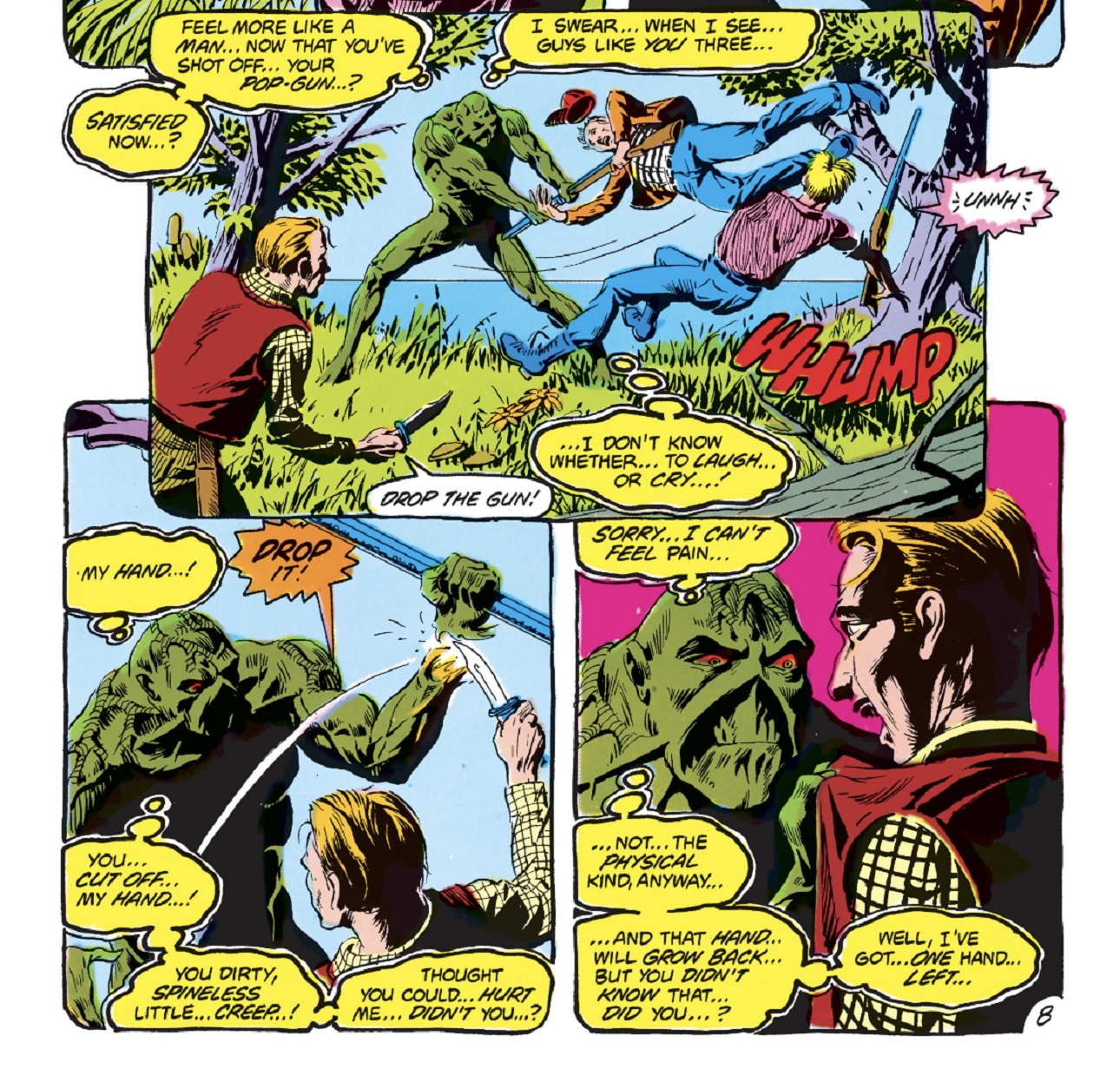 The Story: Swamp Thing journeys through America, hoping to find a way to turn himself back into Alec Holland. Along the way, he meets a young girl named Casey who seems to possesses supernatural powers, and finds himself allied with a reporter named Liz Tremayne. Along the way, Swamp Thing is hunted by a diabolical businessman named Avery Sunderland.

Why It’s Notable: The legacy of Martin Pasko’s run can be felt throughout DC Universe's live-action Swamp Thing series. Many of his characters and creations, including Avery Sunderland and Liz Tremayne, were featured in the show. Pasko’s run rescued Swampy from obscurity and set the stage for Alan Moore’s landmark stint on the title. Without Martin Pasko’s influence, the world of Swamp Thing wouldn’t be what it is today.

THE MAN WHO TOYED WITH DEATH 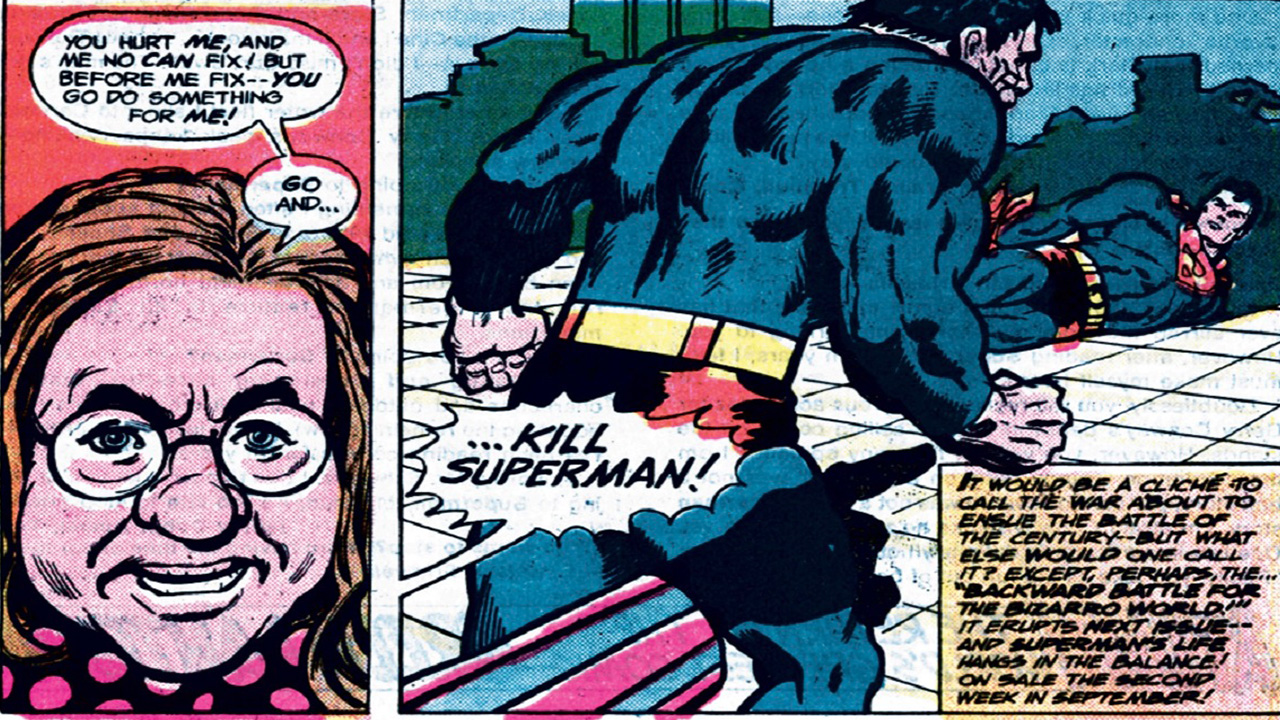 The Story: Winslow Schott, the original Toyman, returns to crime after his creations are destroyed by Bizarro. Schott makes his presence known by killing his Toyman successor Jack Nimball, and sending deadly toy robots after Superman. Meanwhile, Bizarro believes his home has been destroyed, so he begins making trouble in Metropolis.

Why It’s Notable: This story returned the original Toyman to his villainous roots, and reminded readers that despite Bizarro’s comedic nature, he was still a major threat. The battles are fun, the robots are imaginative, and the villains are filled with pathos. Martin Pasko had the rare ability to make a villain ruthless and sympathetic at the same time. This is everything you’d want from an action-packed Superman story.

THE CLAWS OF THE CHEETAH

The Story: After seeing Wonder Woman in action, Priscilla Rich transforms back into the Cheetah and begins plotting her revenge. Using her deadly claws and a bit of detective work, the deadly Cheetah learns Wonder Woman’s secret identity. With her secret identity exposed, can Diana tame the feral Cheetah in time to save her friend Steve Trevor?

Why It’s Notable: This story has everything! Wonder Woman stops a presidential assassination, fights the Cheetah, and films a commercial for war bonds! It’s a great done-in-one story, showcasing Wonder Woman’s talents, and the conflict between the Cheetah’s split personalities. 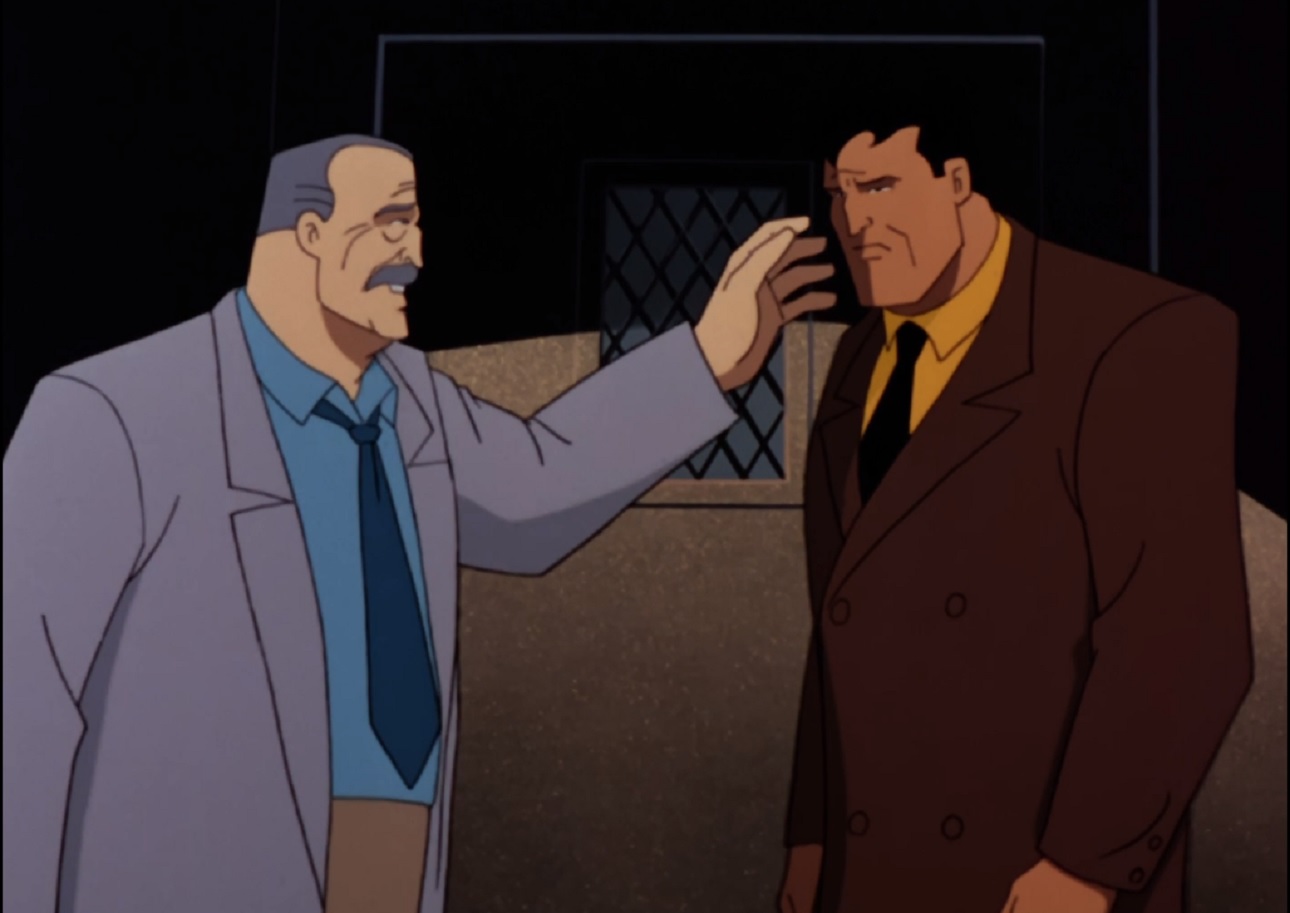 The Story: One of Thomas Wayne’s old friends finds himself in over his head when he gets caught up in Rupert Thorne’s criminal operation. Matt Thorne is more than Rupert Thorne’s doctor – he’s his brother. When Leslie Tompkins becomes a potential witness to Thorne’s misdeeds, Matt faces a difficult decision. Will he betray his family or his oath?

Where to Find It: Batman: The Animated Series -- “Paging the Crime Doctor.”

Why It’s Notable: “Paging the Crime Doctor” – which Pasko (who won a Daytime Emmy Award for his stint as story editor on Batman: The Animated Series) co-wrote with Mike W. Barr, Randy Rogel, and Laren Bright – is one of the most underrated episodes of BTAS. The core story is heartwarming, but the real emotional payoff comes in the final scene when Bruce Wayne asks Matt Thorne to tell him about his father. If the episode was cut down to this scene, it would still be one of the greatest entries in Batman’s animated canon.

What are your favorite Martin Pasko stories? Let us know in our Community!