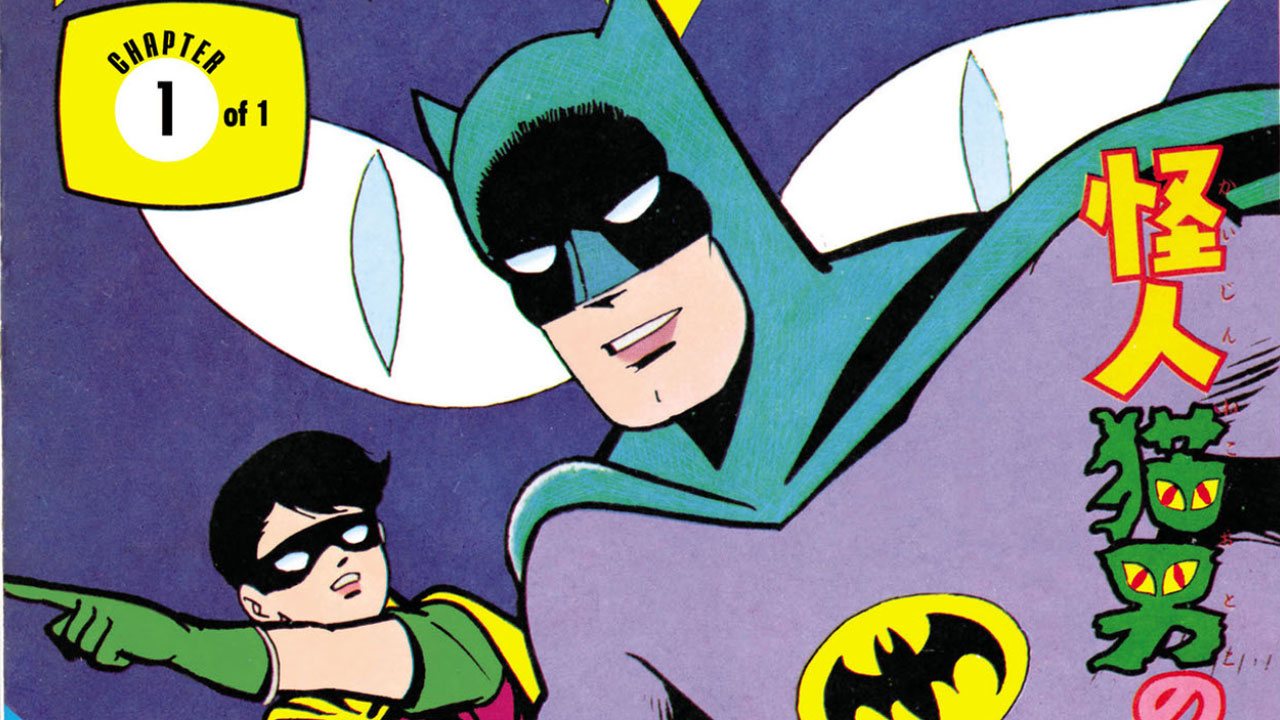 Batmen of all nations mourn the passing today of Jiro Kuwata, celebrated writer and artist of Japanese comics, with a career spanning six decades. Renowned for his co-creation of 8 Man, the first cyborg superhero in Japanese comics, Kuwata was known for years as the manga illustrator to see when adapting a television series into the comic book market. But among the denizens of the DC Universe, Kuwata’s lasting legacy will always be his role in the strange but still alluring experiment to internationalize the ‘60s Batman craze: a two-year collection of thrilling comics once exclusive to Japanese readers, and today known affectionately as “Batmanga.” 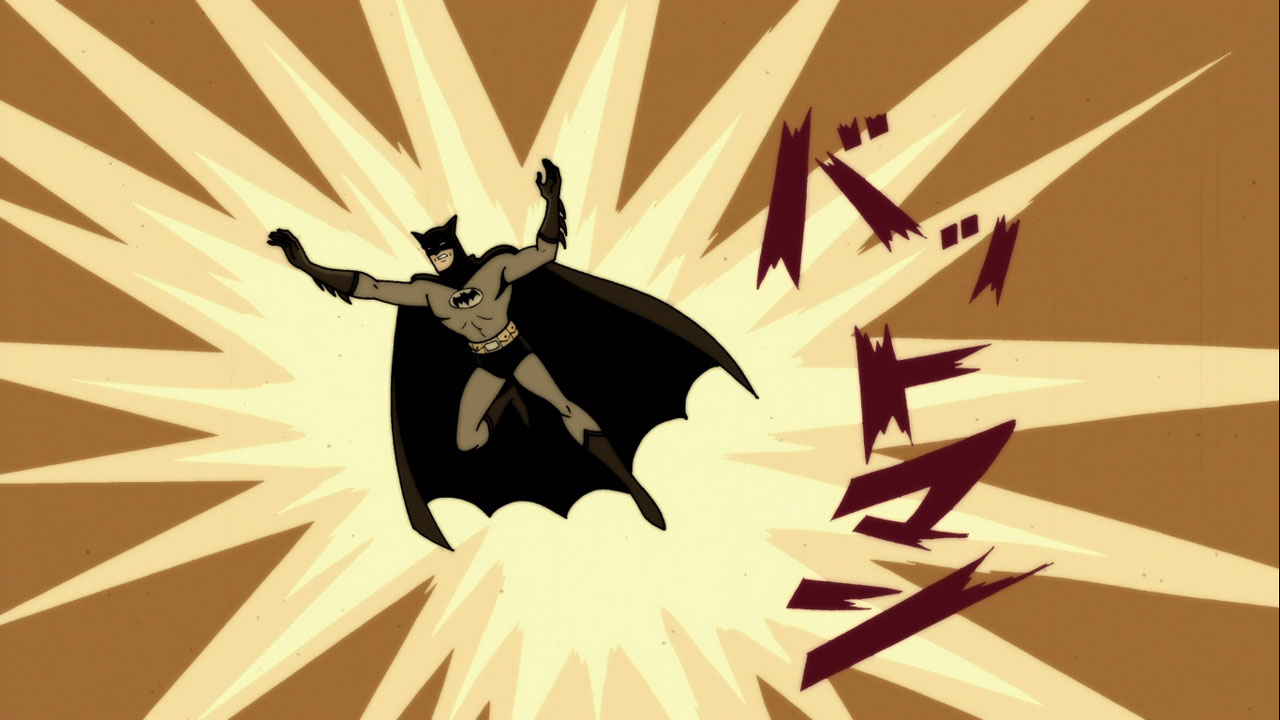 In 1958, one of Jiro Kuwata’s first major projects was an adaptation of Moonlight Mask, a Japanese animated series presenting its own take on the “masked hero” genre typified in the west by figures like Zorro, the Lone Ranger, and Batman. Through this project, Kuwata’s experience in adapting this mostly western genre into a more familiar Japanese style for eastern readers paid off, as he became one of the forefathers of the Japanese conception of the superhero -- from his original creation of 8 Man to the stories which would one day make revered by Batman historians the world over.

It was in 1966 that “Batmania” took hold across the nation and beyond, bringing a popularity to the Caped Crusader never known before thanks to the wild success of the live-action TV series starring Adam West and Burt Ward as Batman and Robin. With the show’s cultural cache permeating even Japanese markets, manga publisher Shonen King took the unprecedented move of a Trans-Pacific partnership with DC to publish new Batman comics exclusive to the Japanese market, tailored to fit the tastes and format of their own comic book culture. Naturally, with his already well-established superhero bona fides, Jiro Kuwata was an ideal choice for the project.

What Kuwata created in his two-year run for Shonen King was a synthesis of Western and Eastern superhero concepts the likes of which have rarely been seen in the comic book world since. But for decades after this strange exercise, the “Batmanga” was largely forgotten -- until it was unearthed in the ‘90s in a chance discovery by Batman: Year One artist Dave Mazzucchelli, who happened upon these forgotten comics while attending a Japanese comic book convention. With the help of Batman historian and archivist Chip Kidd, Kuwata’s comics were preserved and translated decades after their original run to be enjoyed by American audiences for the first time… and today, this 56-chapter series can be enjoyed and appreciated in its entirety on DC Universe.

More than just a historical curiosity, Kuwata’s work represents a bridge between the two disparate worlds of comic book creation and fandom, straddling them to transcend cultural barriers. Kuwata understood that western comics and eastern manga are two expressions of the same art form, and the common ground between fans of either is greater than the differences that separate them. 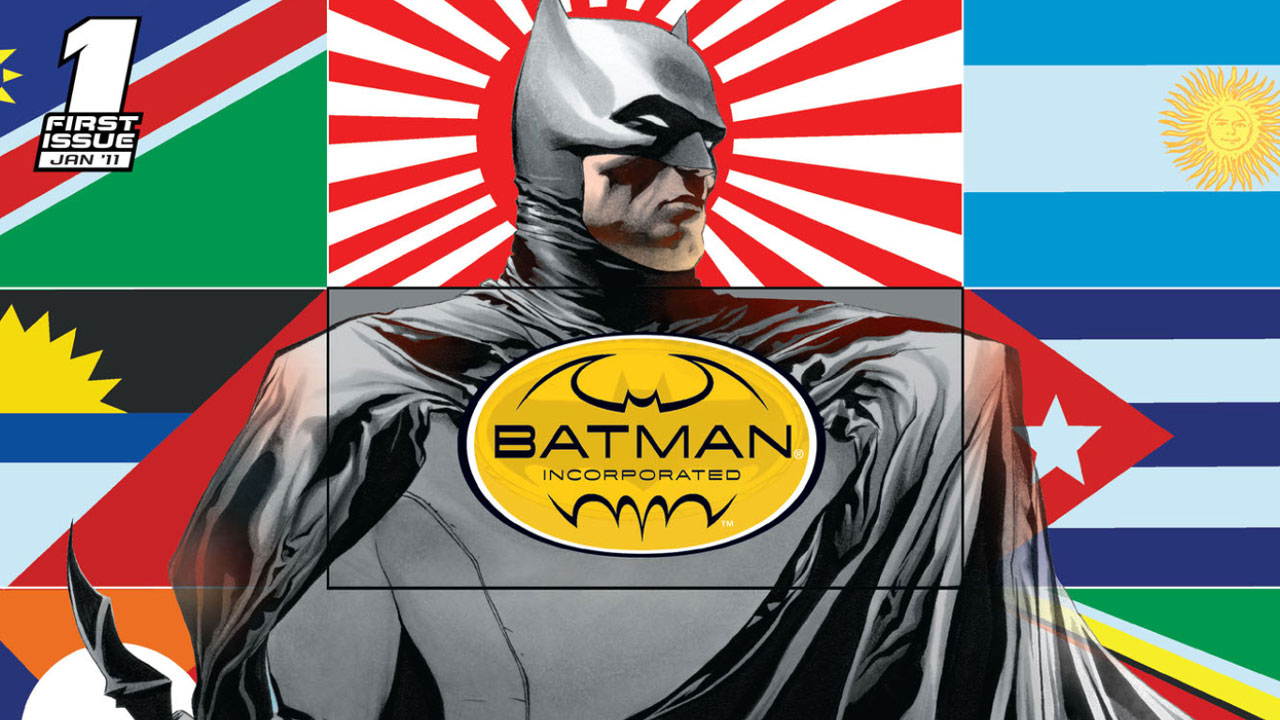 Today, Kuwata’s contributions to Batman have left an indelible mark on the culture of superheroes. With the supervision of Chip Kidd, the “Batmanga” itself saw a particularly meta re-adaptation back into a theoretical mid-20th century anime in a must-watch episode of Batman: The Brave and the Bold, scripted by Paul Dini. When creating BATMAN INCORPORATED, writer Grant Morrison paid tribute to Kuwata by borrowing his character of Lord Death Man as the Batman of Japan’s greatest enemy, and even named Batman’s Japanese counterpart “Jiro” after the manga-ka himself. And as for Japan? From One Punch Man to My Hero Academia, some of the most popular Japanese manga today are fusions of the superhero culture of western comics and the tropes and sensibilities unique to Japanese manga. In this globalized culture, comic book fans across the world are more united than ever before, as the traditions and preconceived notions of what comics can and should be all meld together in new and unexpected ways. But 54 years ago, in the pages of a Shonen King manga anthology, Jiro Kuwata was lighting the path forward with a Bat-Signal.

Are you a Jiro Kuwata fan? Let us know in our Community!