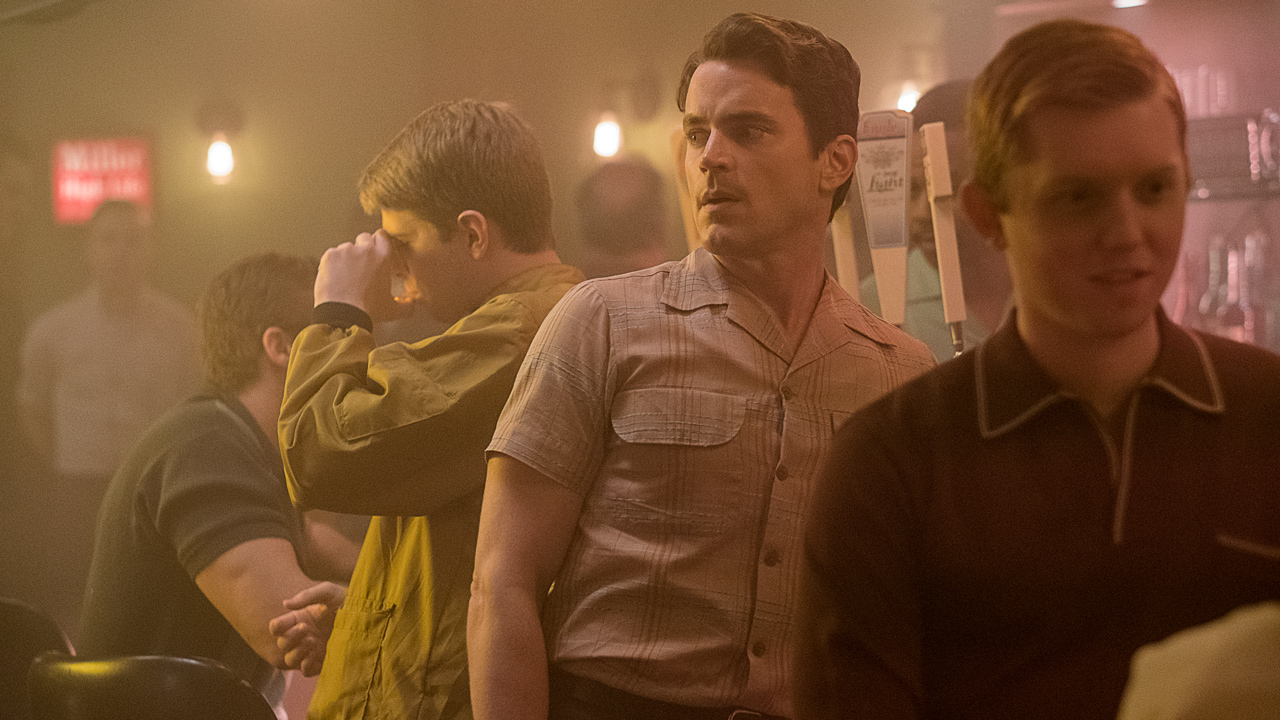 As we move ever closer to the end of the Doom Patrol's debut season, fans are learning more and more about the strangest team in the DC Universe. In "Frances Patrol," viewers are treated to some important character beats and big reveals, so here are the five most vital takeaways! 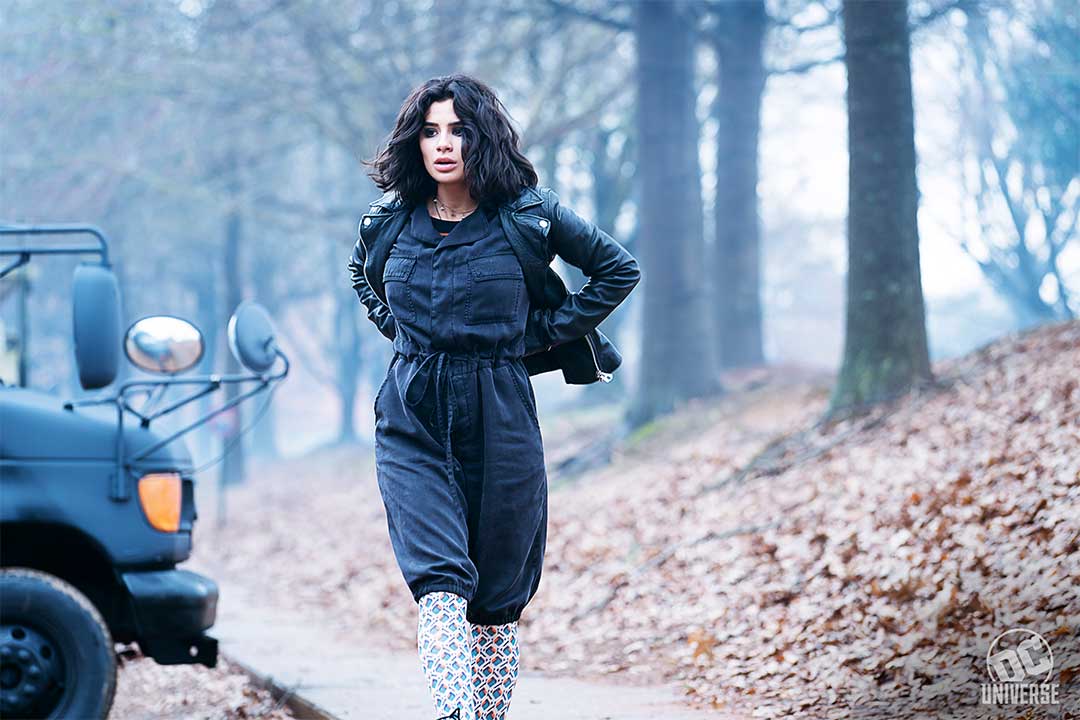 After the journey into Jane's mind and the Underground, this episode showcased just how that massive moment impacted Kay Chalis and her 64 personalities. As she ventures forward on her quest to find the Chief, Jane has taken back her role as the core persona, and in an unexpected turn of events is attempting to keep her other sides in their subterranean dwelling. It's the first time viewers have gotten to see Jane as a singular entity rather than a woman struggling to contain the multitudes that live within her.

This transformation comes at a good time too, as her fellow team members are falling apart. With Vic struggling with the very core of his being, Cliff and Rita looking for his daughter, and Larry lost in a dreamworld, Jane is the only one still focused on the task at hand. It's refreshing to see Jane take charge and flip the script on her role as a tormented victim. She even manages to have a heart-to-heart with Vic, who so desperately needs it. It'll be exciting to see where this thread goes, as Jane has her own reasons for finding the Chief, primarily to ask him just why he was planning to lock her away with the previous members of the Doom Patrol in the asylum... 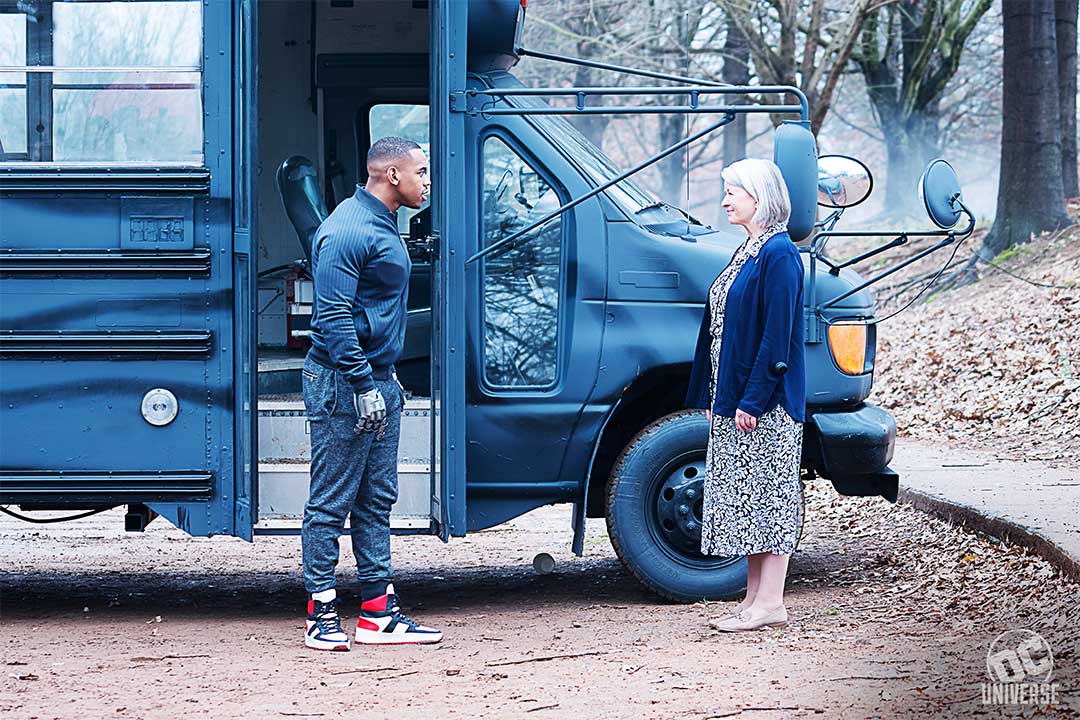 Something unique that Doom Patrol has presented over this season is an existential exploration of the body horror of Vic Stone's situation. His terror at his transformation has been touched on in both comics and animated projects, but here Vic is really going through the trauma of being half-man and half-machine. After losing control of Grid in the last episode, he discovers through a quick dissection of his left arm that his body is changing, becoming more and more like the cybernetics that saved him.

There was something very Cronenbergian about Vic slicing open his own arm and digging around until he found the metal growing around his muscles and veins. In an attempt to stop the transformation, Cyborg removed Grid and headed out to help Jane alone. That might have been a miscalculation, though, as he eventually found himself in the grasp of Darren Jones and the Bureau of Normalcy in their notorious prison complex, the Ant Farm.

This one is self-explanatory, but it was a big moment for Cliff as he and Rita headed to the swamps of Florida to find his daughter. It turns out that the man who raised her--Cliff's former crew chief during his racing days--was eaten by an alligator called Frances (the very gator which gave this episode its name). After realizing the one thing his daughter wanted more than anything was the watch that her adopted father was wearing when Frances the Gator decided he was lunch, Cliff makes up his mind that retrieving the watch--which Clara inherited from Cliff and in turn gifted to her adopted father--is the true ticket to reconnecting with his estranged offspring.

Luckily for Clara, her biological dad is now a badass Robotman who's fully capable of battling a gator, which he does in a very impressive fashion. Cliff can't face his absent child, but he does leave her the watch as a gift, which apparently leads Clara to realize just who the mysterious robot wandered into her life actually might be.

Rita Is Here to Make Friends

Rita Farr's journey so far has been one of the most subdued but subtly complex. She's trying to make good after decades of delusion and selfishness, her own terrible behavior haunting her all the while. When Cliff first arrived at Doom Manor, neither Rita nor Larry had any interest in making friends or being heroes, but in this episode Rita is the one who saves the day.

Her ever-growing selflessness has been a large part of her arc; and as she encourages Cliff to communicate with her daughter, she finds herself making friends with locals, unashamedly being herself, eating a massive basket of chicken, and even using her real name. When her fellow Patroller convinces her to head into the swamp to find Frances the Gator and retrieve something, it's Rita who saves the day after Cliff fries his brain from stress. Finally, as the show enters its final episodes of the season, the woman who was Rita Farr is becoming the hero she truly can be. 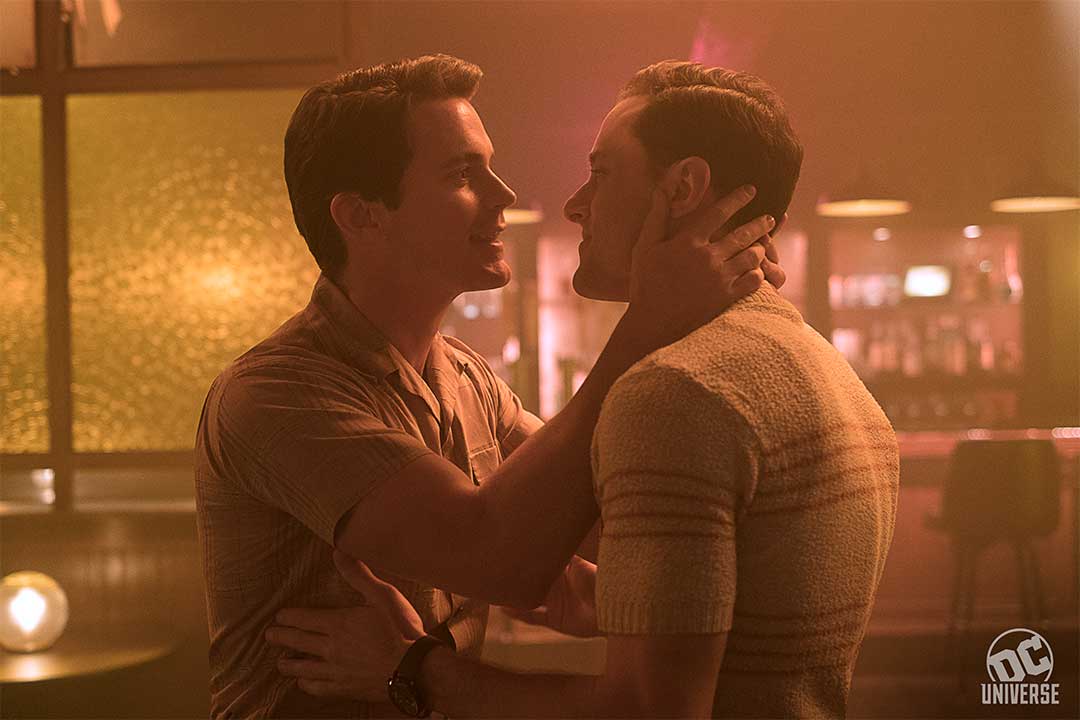 Larry Trainor has long been struggling to come to terms with his past, his sexuality, and, most importantly, himself. During this exploration he's made a deeper connection with the Negative Spirit and the pair have come to some sort of understanding. As the Spirit was helping Cliff retrieve Jane from her own subconscious, it was revealed that Larry was in his very own dreamworld, revisiting his long-lost love, John. It turns out that these are more than dreams and the Negative Spirit has actually been connecting Larry psychically with the man that he loved.

In one of the most emotional moments so far, Larry finally made the leap and went to visit his old friend and lover who was now a dying retiree. The pair shared their lives and loves (or, in Larry's case, lack of them), and Larry finally got to apologize to John and tell him what he meant to him. It's a pivotal moment, as Larry realizes the Negative Spirit has been trying to help him all along, and their newly strengthened connection will likely play a major part in the fight against Mr. Nobody!