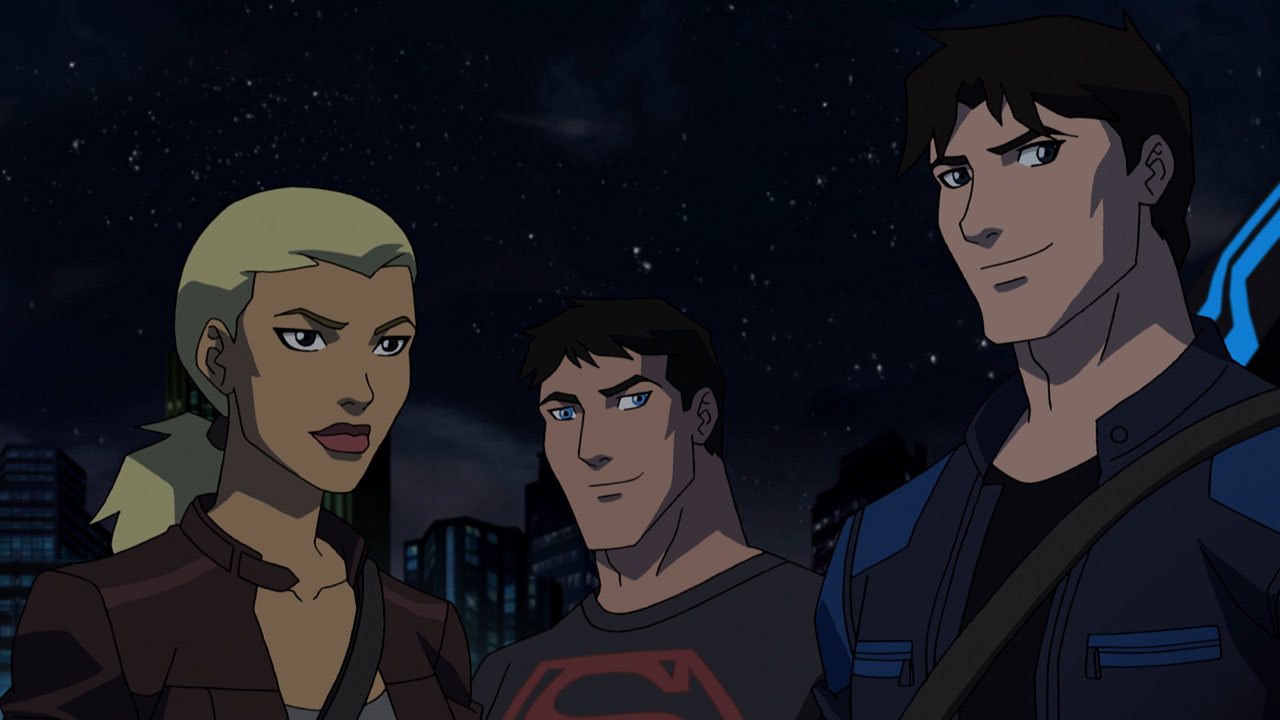 It's been over five years since Young Justice: Invasion ended, and, ever since then, fans have been clamoring to know what's happened to their favorite young heroes. In case you never got around to checking out the first two seasons of Young Justice, the show follows the lives of the titular team of sidekicks established by Batman and Black Canary and trained by Red Tornado. Fans fell in love with the show, which saw the group grow, bond, and even betray each other. By season 2 (a.k.a. Invasion), Robin had become Nightwing and was leading the team. That season also introduced a new threat in the form of DC Super-Villain supreme Darkseid.

The long-awaited third season of Young Justice (watch Young Justice: Outsiders here) begins with episode 1, "Princes All", set around two years after the last time we saw the team. The world has shifted in a way that immediately begins to impact the heroes we know and love. In the Justice League's headquarters, the Watchtower, Nightwing confides in his fellow founding member Kaldur'ahm (a.k.a. the former Aqualad) that he's taking a leave of absence. Though the new Aquaman and the leader of the Justice League is disappointed, it seems to be business as usual for the team. The big bad this time around appears to be a mysterious group kidnapping young metahumans and forcing them to fight, which leads to Black Lightning killing a young Earth girl on the planet Rann whilst on a routine mission with the Justice League. 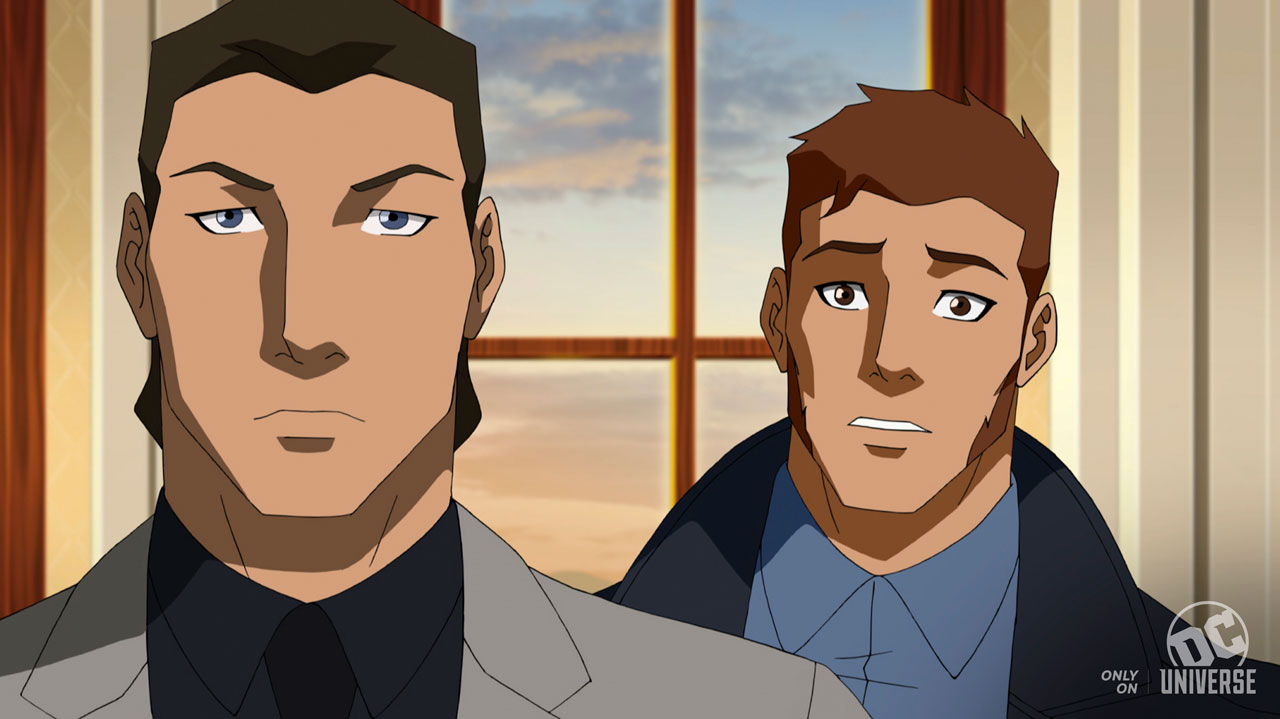 We're quickly introduced to a new world order in which Lex Luthor's position in the UN has left the Justice League without the reach it once had. During a meeting of the famed team, Batman retires, followed by Green Arrow, Batwoman, Plastic Man, Hardware, Black Lightning, Spoiler, Tim Drake (Robin), Arrowette, and Katana. Although Nightwing has supposedly retired, we quickly see him on a lone mission to save some trafficked metahuman teens. Meanwhile in Markovia, the royal family is mourning the two-year anniversary of their youngest daughter Tara's abduction, and use the occasion to welcome the Karaki refugees; highlighting the scourge of metahuman trafficking. Tara's brother Brion, however, is thinking of starting a metahuman army to find his sister.

As we move into episode 2, "Royal We", we get a glimpse at the Metahuman who might have been helping the traffickers -- when he's killed by a Markovian, Baron Bedlam, after assassinating the country's king and queen. The assassinations send a shock wave through the world, leading Nightwing to recruit Tigress, Black Lightning, and Superboy, and inciting Conner to propose to Miss Martian. Looks like we've got our Outsiders! There's been a coup in Markovia too, as the Baron who killed the assassin takes over the throne. So this newly minted, one-time-only team heads to the mysterious kingdom to find out what's going on. 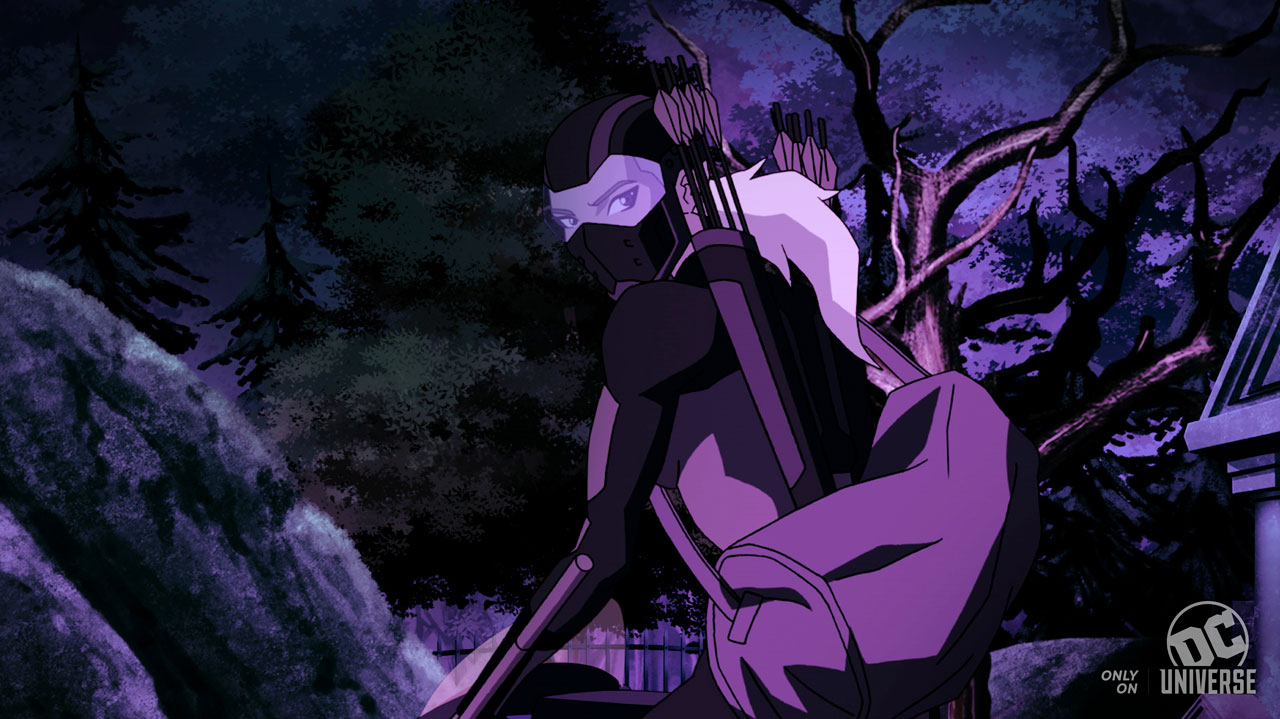 Luthor's plan to destabilize the world of heroes is working, as the UN tightens its grip on the Justice League, and the new Markovian ambassador announces that all metas are banned. Of course Nightwing and Superboy are already in the country, attending the funeral of the royal couple whilst scoping out just who could have been to blame and how it ties into Bedlam's Metahuman trafficking program. As Jefferson and Conner explore the palace they find a destroyed Mother Box, and get waylaid by Vertigo and another teen meta who looks eerily like the girl that Jefferson killed on Rann. They manage to escape, but alert the Markovian villains to their abilities, whilst Tigress manages to stop some henchies from burying a powerful young girl -- who's apparently come back to life after being murdered -- alive. As the young archer makes her escape, Jefferson and Conner are trapped, with Black Lightning ending up at the bottom of a river and Superboy taken by the fiery meta they battled earlier.

The dodgy doctor from the Markovian children's hospital is up to no good, luring one of the princes to his lair, where he's been forcing kidnapped children to transform into metas. Unfortunately for Brion, it seems like his brother Gregor is in on the Bedlam scheme, which is being helmed by Vertigo; and he's sedated before he can do anything about it. Whilst Brion is transformed into Geo-Force, Dick hunts down Superboy, who's still missing in action and looks to be in grave danger in one of the metahuman labs of Markovia. 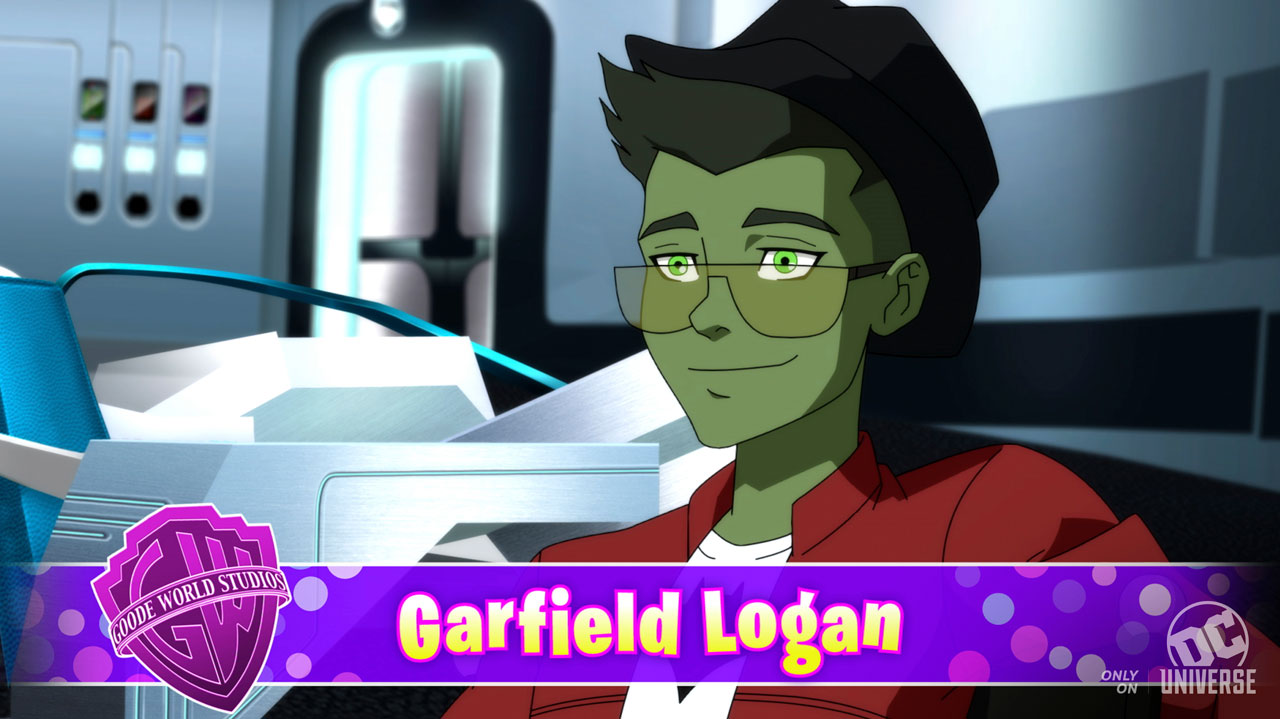 Back in Hollywood in episode 3, "Eminent Threat", Gar is living his best celebrity life whilst also campaigning about the dangers of meta trafficking. On the other side of the world, Dick, Tigress, and Jefferson are still on the hunt for their missing bud, and it seems like their new mysterious ally may be more of a threat than a help as she struggles with her new powers after her resurrection. In the face of Brion's discovery, Gregor, the dodgy doctor, and Vertigo try to dismantle the remainder of their illegal labs whilst the royal recovers in his pod. Brion's one ally is attacked by Vertigo after it's revealed that she tried to ignite the prince's meta powers so he could fight against the Baron's evil plans, and with Dick in the shadows it looks like Markovia's Baron Bedlam has finally been revealed.

With all hell breaking loose, the team attempts to destroy the labs and the "Tar" which Bedlam has been using to transform the teens. They're stopped before they can save the remaining kids, though they do manage to burn down the labs. Alas, Baron Bedlam is a nefarious foe and quickly ties Brion to the abduction of his sister, the murder of his parents and the meta trafficking ring. During an epic battle, the true powers of the young resurrected girl -- now referred to as Halo Girl (a reimagining of Halo from Batman and the Outsiders) -- are really showcased when she brings herself back to life again. Baron Badlam is defeated, and for a moment it seems like all is well. Until Brion is banished by his own brother. After the escape of Count Vertigo and the death of another young teen, the Outsiders team is left on the beach of Markovia wondering what happens next... We'll find out when episodes 4 through 6 arrive next Friday, January 11th!