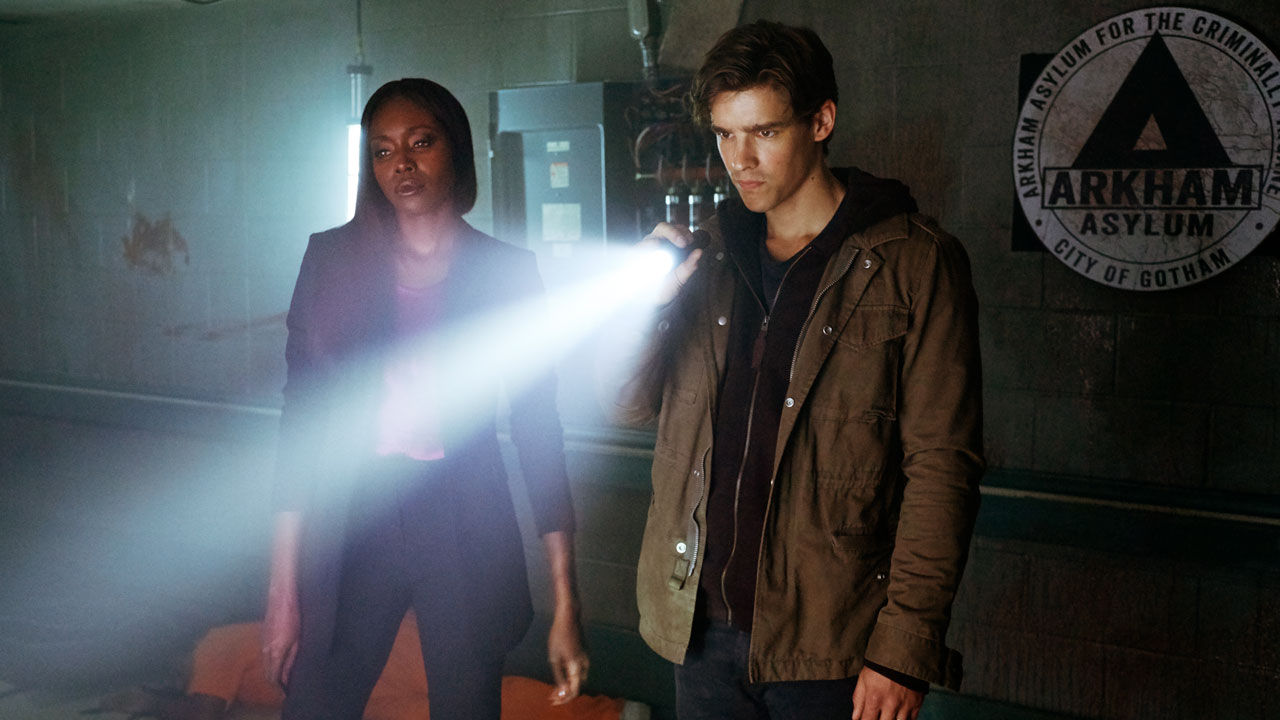 It's all been leading to this. After ten episodes following our titular team we've gotten to the finale of the first season of Titans (watch "Dick Grayson" here) -- and what a journey it was. Though we ended our last episode with the tragedy and terror of Gar's sudden illness and Rachel pulling her demonic father Trigon out of Hell, we start this entry with a bright and jarring technicolor juxtaposition...

Gone are the barren fields of Ohio as Dick lays on a float in a pool in California. He's immediately disturbed by a young boy who jumps on him yelling "Dad!" Abandoning the trauma of the past, we've joined Dick in an idyllic future, one where he's settled down with Dawn and has a son. Rachel and Gar are in college and Dawn is about to give birth to their second child. It's the brightest and happiest we've seen Dick throughout the entire season. But it's hard for us to believe that this can truly be his life.

After a cheery video call with Gar and Rachel, both of whom are thriving in college, the family's happiness is disturbed by an unexpected visitor. Jason Todd is not the cocky young man we once knew; instead, he's wheelchair bound and bitter. He confirms it's been five years since he last saw Dick, confirming it's been ages since we last saw the Titans. Sadly, it's not a happy visit, as Jason describes the horrors of Gotham and the desperation he feels around an unraveling Bruce. Of course Jason acquired his disability whilst on patrol with Batman, shot by the Riddler, who now apparently carries a gun. That's not all that's changed though, as Commissioner Gordon is dead, killed by the Joker in what fans of the comic will recognize as a situation similar to that in the landmark 1988 comic The Killing Joke.

Sadly, Gordon isn't the only old friend who's expired. Jason reveals Alfred is also dead, and now Batman is going to kill the Joker. Dick doesn't want to believe his replacement, but he knows he speaks the truth. Jason explaining the effect Dick once had on Bruce, how the "real Robin" was the only one who could save him -- in fact, he says even Superman has mentioned it. Ever the empathetic partner, Dawn encourages Dick to check on his old mentor despite his obvious misgivings, though of course all Dick cares about is his family. Again we get a little more insight into Dick and Bruce's relationship -- they were on bad terms when Dick left, and he'd promised never to return to Gotham. But after Dawn reminds him that Bruce did save him and he might be the only one who can return that favor, Dick heads back to Gotham.

This is our first proper look at Gotham, and it's just as dark and dirty as comics fans would expect. A homelessness crisis runs rampant and people are literally fist-fighting on the streets while corrupt cops shake down pedestrians. It's clear that whatever Dick left, he's come back to something far, far worse. Finding shelter in a creepy, broken-down hotel, Dick settles in with his son's stuffed tiger Growly, a gift from Gar that seems to have a strange air about it. Dick sees a news report declaring Gotham is retiring the Bat-Signal, and gets a worrying phone call from Dawn, who's come down with an illness that's also afflicting their son. Though Dick makes plans to head home, he gets involved in a domestic dispute that ends up leading him directly to his adoptive father. 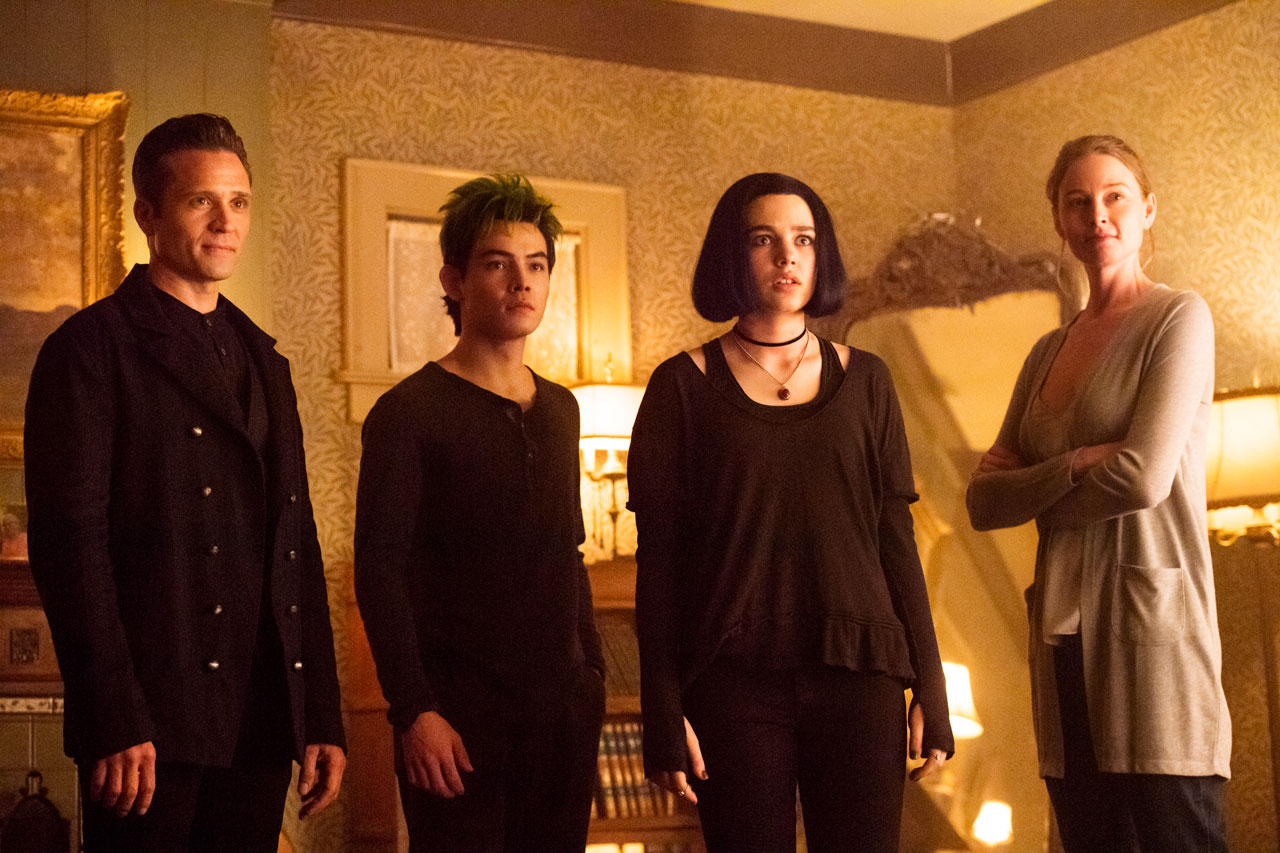 The scene that Dick finds is a devastating one. The Joker is dead, head smashed through a car windshield in Gotham night. Bruce has already crossed the one line he promised he never would. Dick is at a loss...until he bumps into a familiar face. The cop introduces himself as Frank Finney, but the audience might recognize him as Trigon, Rachael's demonic dad. This confirms what many of us had already guessed -- everything is in Dick's head. With the former Boy Wonder desperate to get back to his family, Trigon gets inventive. Suddenly, the Joker is breathing, giving Bruce one last chance at a redemption.

Deciding to head back to his childhood home and find Bruce, Dick attempts to connect with his old partner but has no luck; so he heads to Gotham General to see the Joker. He's surprised by a visit from Kory, who's now apparently a cop. The pair share a heated exchange in which Dick defends Bruce and argues for the moral code that Batman had, whilst Kory tries to convince him to go home. But, as is Trigon's want, as soon as Dick considers leaving he's drawn back when Bruce breaks into the hospital and stabs the Joker through the heart. In his anger, Dick almost kills the same wife beater he stopped earlier but manages to pull himself back from the edge.

As Dick tries to come to terms with what Bruce has done, he discovers Dawn has invited Hank over to help her paint their baby's nursery. But there's no time for jealousy, as Kory is at Arkham Asylum, where things aren't looking good. The infamous institution is riddled with bodies -- pun intended, as Edward Nygma is the first victim we can identify. Also dead are Two-Face and the Ventriloquist, killed in his cell, alongside his puppet Scarface. It's nothing less than a massacre, and Bruce's rampage weighs heavily on Dick, who's quickly recruited to take down his old father figure. In one of the season's most heartwrenching moments, Dick reveals Bruce's secret identity to Frank/Trigon, and the hunt is on.

The Batman they find is one out of Dick's every nightmare. As the assault on Wayne Manor begins, Bruce systematically murders every single cop and special agent, and even Dick's old flame Kory, utilizing a cold gun that appears straight from the vault of Victor Fries. This Batman is terrifying, his costume no longer a symbol of justice but of horror and death. He's the Terminator. Michael Myers. He can't be stopped, destroying everything Dick has held dear. In the end, Dick allows the darkness to consume him, killing the man who raised him. With Batman's dead, gone are the last vestiges of decency Dick had in him. It's then that Trigon's game is revealed, as Dick joins the demon and his evil new "family." 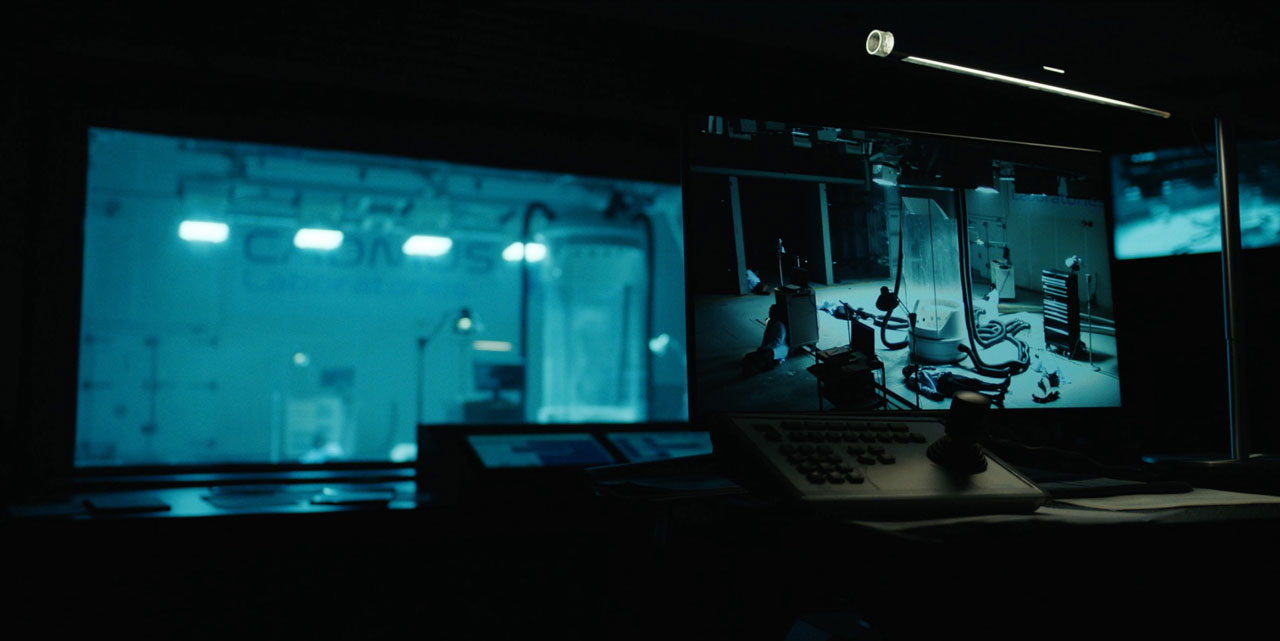 Thankfully, that's not the last surprise Titans has for us. Far away in Metropolis, a Cadmus Labs experiment has broken out. The escapee has a familiar tattoo and a dog named Krypto. Yep, it's confirmed. Superboy has entered the DC Universe...

What did you think of Titans first season? Let us know in our Community!