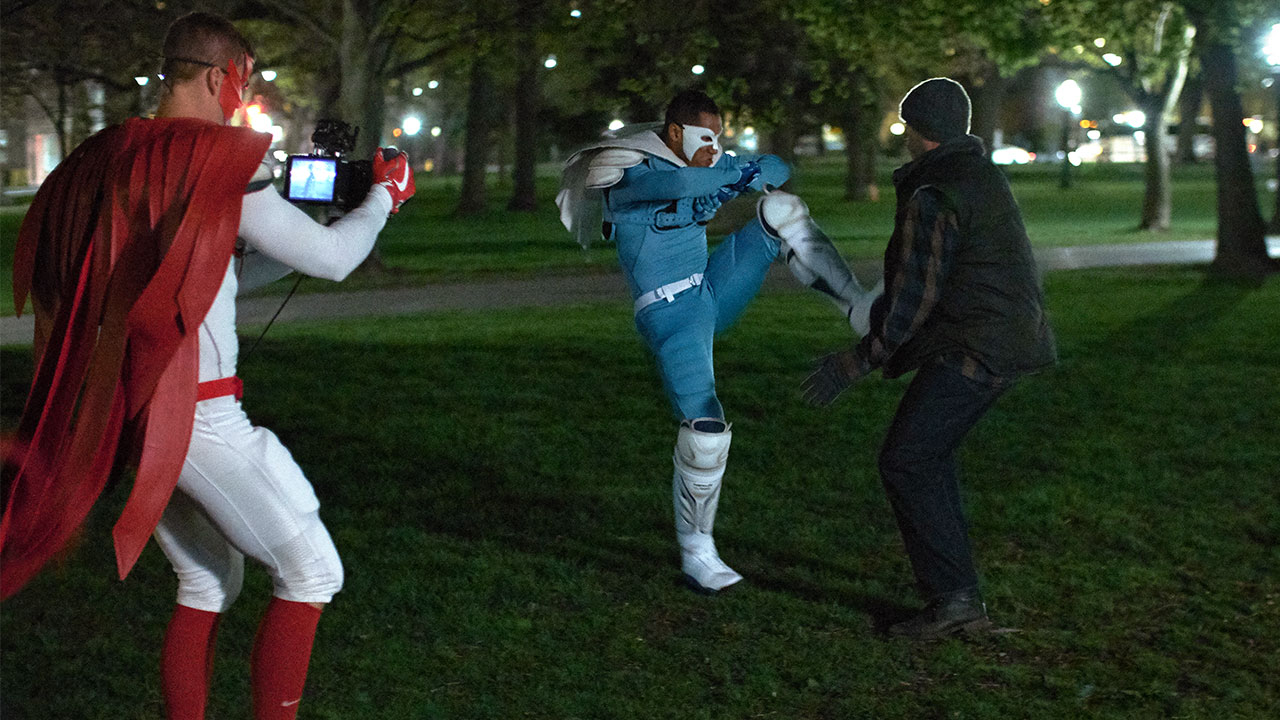 The last episode of Titans ended on a massive cliffhanger, but if you were hoping to have those questions answered you'll have to wait a little longer as this stunningly moving episode, "Hank and Dawn" (watch Titans episode 9 here), is all about the titular couple and how they became the people we met earlier in the season.

This week's Titans, however, is not just about Hank and Dawn -- as the first moments of the episode introduce us Don, Hank's younger brother and the first hero to take on the mantle of Dove. A video recording shows us the brothers' first night on the streets, and its ups and downs, ending with a rallying cry from Hank that, due to the new team, Batman and Robin now have company!

"Hank and Dawn" comes straight out of the gate dealing with some pretty heavy issues, starting with Hank stealing drugs from the hospital where a still comatose Dawn is recovering. It follows that with the heavily implied reveal that Hank was abused by a football coach as a child in the pursuit of protecting his brother, and has been carrying the trauma with him ever since. This experience is clearly one that has brought Hank and Don together, and as they grow up their desire to protect each other never wanes. After Hank sustains a serious concussion during a football game, the brothers have a disagreement, with Don wanting Hank to quit. Even though he's clearly his big bro's biggest fan -- earlier, we see him wearing a Superman shirt watching Hank's game on the TV -- he's clearly incredibly worried about him.

Their argument spills over into the library and causes a brawl that ends with Don getting the pair expelled after chewing out the dean for exploiting his brother on the football field and putting his health at risk. Don takes this opportunity to try and talk to Hank about what happened to him all those years ago. Though Hank won't open up, Don shows him a website listing child abusers in their area, suggesting that maybe they could take them down. We once again get to see the origins of the sibling team and their fateful first night. As the two brothers look at the computer screen, we see the face of Raven screaming at them through a mirror, though neither see her. 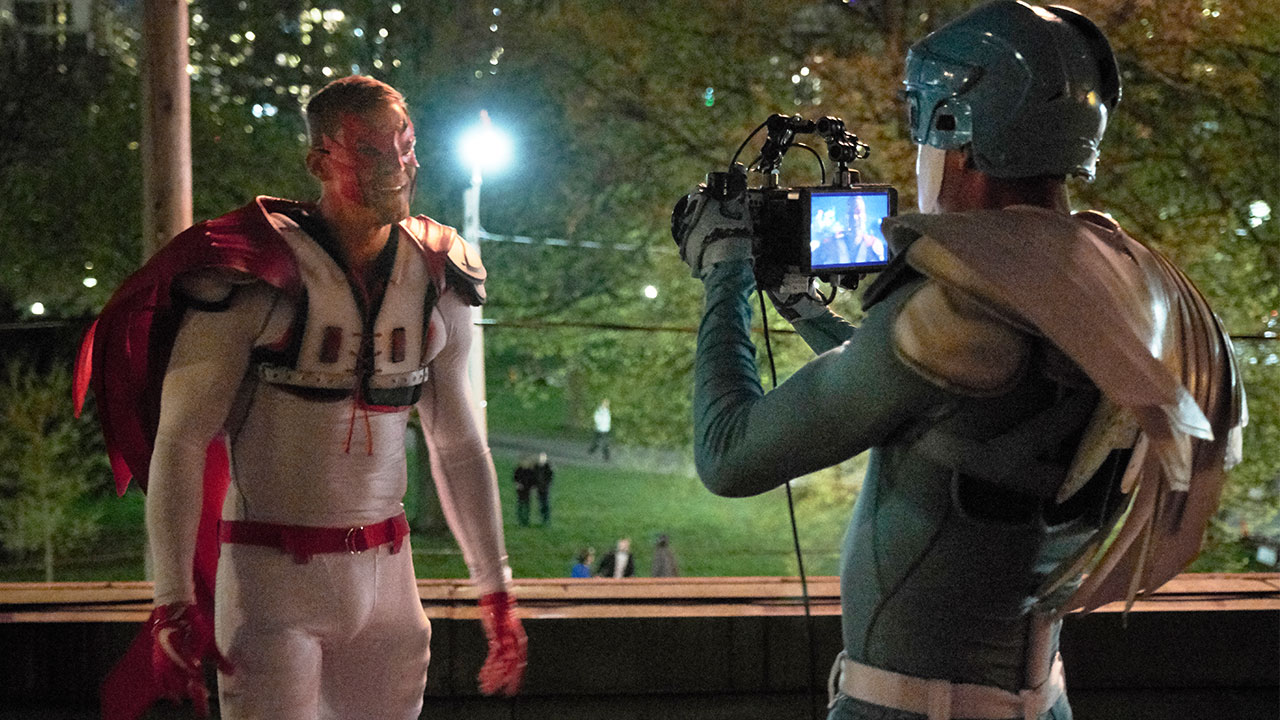 It's not all about Hank though, as we see Dawn dancing ballet on a huge stage, watched by her mother as she cries with pride. As the pair enjoy English afternoon tea, we get a glimpse at a relationship that has clearly shaped the woman who would become Dove. The two are close and friendly, until Dawn's mother reveals she's going to return to England to her abusive partner. Dawn is distraught, eventually convincing her mother she doesn't have to go, and that the pair can face her struggle together. It's a touching moment, but one that doesn't last long.

The duo are finally bought together as Hank and Don read over the day's papers, which not only showcase their success at taking down a child exploitation ring but also establishes that the team have been active for five years. The newsstand also holds a few little DC Easter eggs, as we see magazines with silhouettes of Batman, Superman, and Wonder Woman. The pair bump into Dawn and her mother, and as the group politely chats and Hank and Dawn make eyes at each other, the unimaginable happens. A massive truck crashes into the newsstand instantly killing both Don and Dawn's mother.

As one can imagine, this wreaks havoc on both Dawn and Hank, and the next time we see the two they're at a grief counseling session for people who lost someone in the tragic accident. Though they are both in attendance, they're certainly not together. But after the session we see how their relationship blossomed, as Dawn approaches Hank at a bar and listens to him talk about the brother he loved and lost. At the next session, Dawn finally opens up, but Hank is nowhere to be seen -- until she leaves the brownstone building and finds him waiting outside, where he tells her that he would love to hear more about her mother.

The pair quickly establish a routine, and a sweet montage shows them growing closer as they introduce each other to parts of themselves they'd kept hidden. It's an authentic and tender relationship which never feels forced. As they grow closer, Dawn heads to Hank's place and they decide she should spend the night. Whilst there, she discovers both of Hank's secrets--that he and Don were crime-fighting vigilantes and that he was abused as a child. As he tells her the latter, Dawn wonders why he never went after the man who hurt him. Hank shares that to do so would mean he'd have to accept that the abuse actually happened. 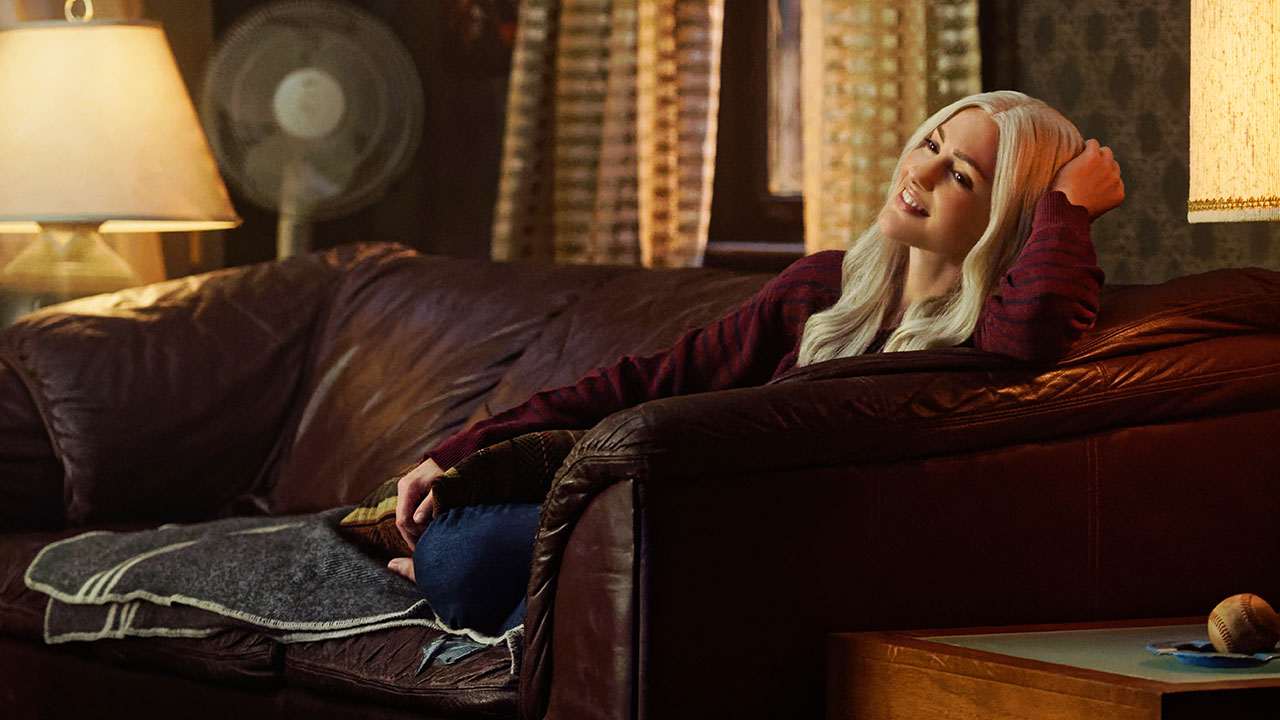 Distressed by Hank's pain, Dawn can't sleep and begins looking for information about the Coach -- don't miss her rocking Hank's old team shirt, emblazoned with the name the Kessel Hawks (presumably after Dawn Granger creators Barbara and Karl Kessel) -- and when she finds his address she absconds into the night, ready for vengeance. Once she reaches the coach's home, Dawn demands an apology for the harm he caused to her friend. But the coach has no interest in making things right, and the pair get into a bloody fight, with the abuser even pulling a gun on her. Though Dawn can handle herself, things look pretty bleak for the young woman until Hank walks into the house and begins to beat the coach into submission. The pair consider leaving, but Dawn makes a violently disturbing discovery on the man's computer and Hank decides there is only one course of action. Though he implores Dawn to leave, she stays, and the last thing we see is Hank savaging the coach as Dawn closes the door.

Back in Hank's apartment, the pair seem forlorn until Dawn begins to take off her clothes. Something about the violence and seriousness of what they just shared has brought the pair together, and soon they're in Hank's bed using each other's bodies to forget what they've just done. When Dawn wakes up, though she's less than happy, the dawning realization of what they've done and how they reacted fully begins to take its toll. But before we can discover if this was the moment when Dawn truly ended their burgeoning relationship, she sees something reflected in Hank's helmet -- the face of Raven. The young girl is screaming for help, and suddenly we're back in Dawn's hospital bed, where her eyes spring open. Crawling her way over to Hank, she scrabbles at her partner, who's passed out at her side. As he awakens, he realizes his love is in his lap, and more importantly alive. Holding her face and screaming for a doctor, Hank looks down at Dawn, who states, "We need to find Jason Todd." When Hank asks who that, Dawn replies that she doesn't know either, but it's clear that Rachel

And on that bombshell we're left to wait for the next episode, which looks like it will see a reunion of all of the heroes we've met this season.

What did you think of this week's episode of Titans? Let us know in our Community!