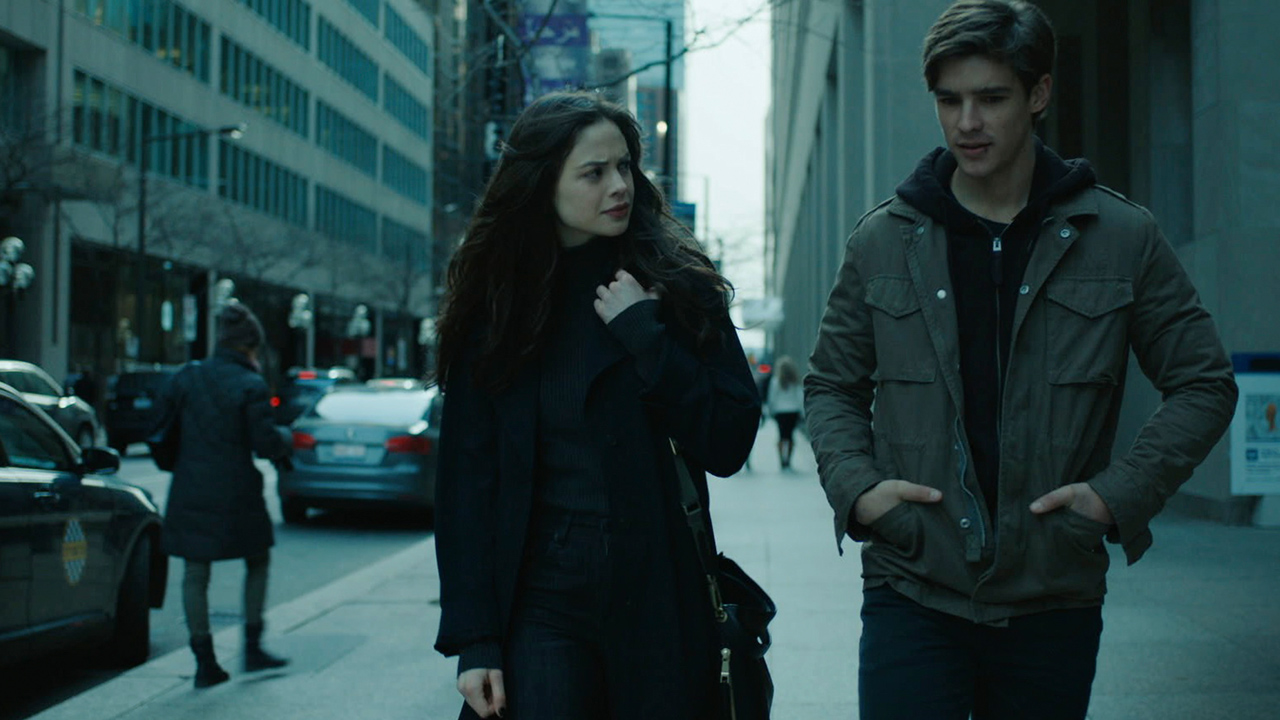 Things have been pretty dark in the world of Titans recently. We last left our burgeoning super team as they abandoned the burning ruins of the facility run by the mysterious organization that's been hunting down Rachel (in "Asylum"). But at the beginning of Episode 8 (watch "Donna Troy" here), fans are given a brief respite -- as well as the most tantalizing references yet to the larger world of DC outside of Titans -- and it's incredibly exciting.

One of the most effective and affecting parts of Titans has been the unexpected exploration of Dick's childhood in Wayne Manor. It's been a major part of the character, and has offered us a rare insight into the day-to-day aspects of being the Boy Wonder and how that's impacted Dick as he's grown. Here the flashback device is used brilliantly, introducing founding Teen Titans member Donna Troy with some classic comics references.

As Donna sits in Dick's room playing with one of his signature Birdarangs, she explains that Diana (a.k.a. Wonder Woman) brought her to keep Dick company during a Justice League meeting. It's an electric moment to hear the iconic team brought up in the context of the show, and it turns out Dick and Bruce have actually been out fighting the Joker. Dick is clearly distressed by the horrors he saw the notorious maniac wreak, but Donna reassures him the Caped Crusaders will catch the Clown Prince of Crime. This sequence establishes the pair's close friendship, with Donna stating, "After all, us sidekicks gotta stick together."

Back in the present, the sun rises on Bruce's safehouse where the Titans are getting comfortable with their new status quo. Rachel and Gar banter over breakfast prep until Angela comes down and encourages the pair to watch the sunrise. The newly freed prisoner is overwhelmed by the beauty of the city in the morning, and encourages her daughter to sit with her and watch it. It's an intimate exchange and a huge moment for mother and daughter. Another kind of intimate moment takes place elsewhere as we see Kory and Dick sharing a bed, apparently confirming their previous dalliances have become something more concrete. 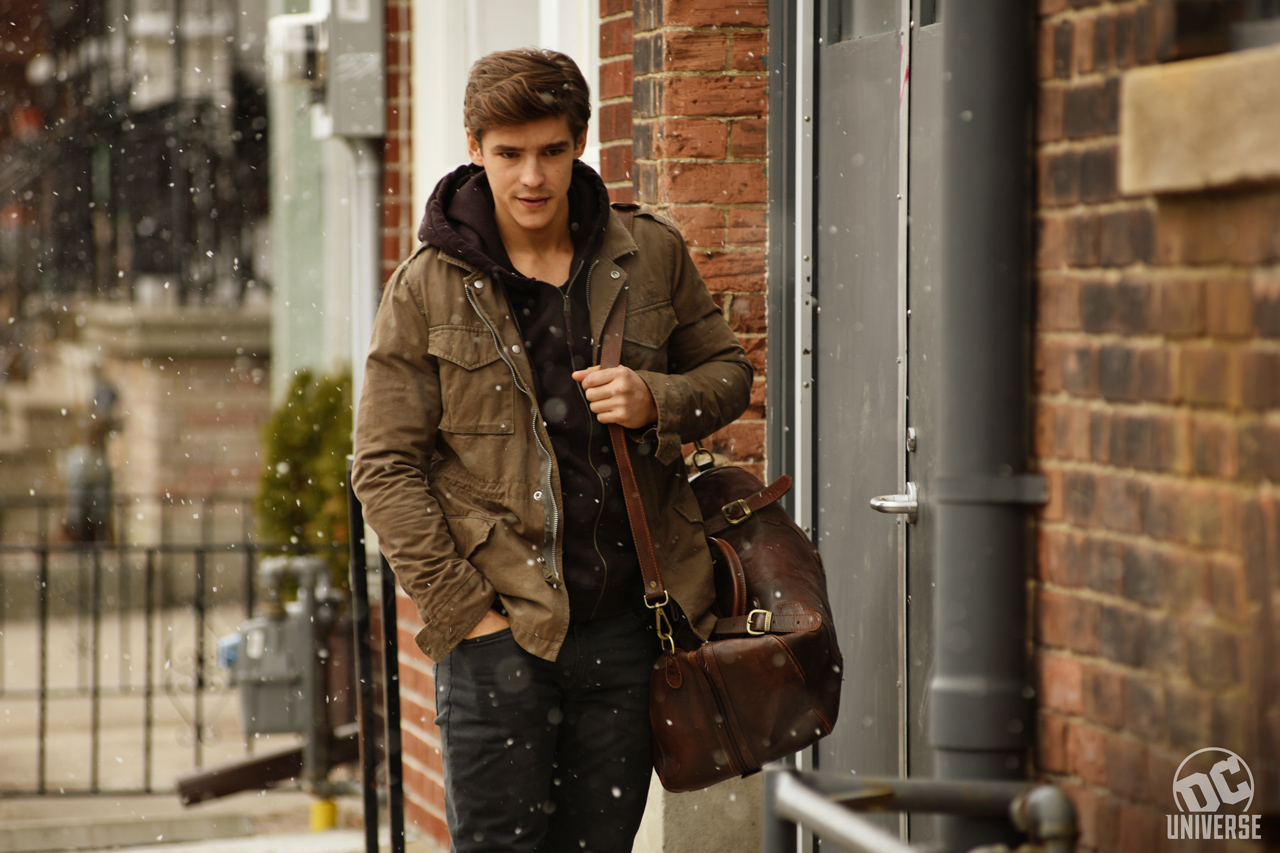 Sadly though, it doesn't look like it will be that way for long, as Dick once again plans to leave. He's clearly done with being Robin, and a bit lost, not knowing who he is without that part of himself. Now, with Racheal having found her mother, he's starting to see an escape route, though it involves giving up the new family that's started to form around him, and Kory is clearly disappointed. Things only get more strained when Angela offers the team a home at her family house in Ohio. Everyone is enthusiastic, except of course Dick, leading Rachel to question once more his promise to stand by her.

As the rest of the Titans head off to Ohio, Dick leaves on a journey of self-discovery, starting at the door of his old friend Donna. The former Wonder Girl reveals that she too has quit the superhero life, and just like Dick is trying to find her way in the "normal" world. She offers her couch to her old friend, and we get a glimpse of her powers as she flings herself over a garbage truck, taunting the Boy Wonder to catch up.

It's time for some personal reflection as the rest of the group travels across the country on a train, Kory begins having flashbacks that place her in a high-tech spaceship, hinting Starfire's mysterious past might not stay a mystery much longer. Meanwhile, back in Chicago, Dick is blown away by Donna's art show at a local gallery, forcing him to weigh in on her successful assimilation back into civilian life compared to his own. As Dick faces up to his weaknesses, Rachel listens to her mother explain their complicated history, and the two confront the losses that they've suffered due to Rachel's origins. The writers slip in a lot of fun nods to the satanic nature of her father without fully confirming it, as Angela reassures Rachel he's long gone and she is now safe. 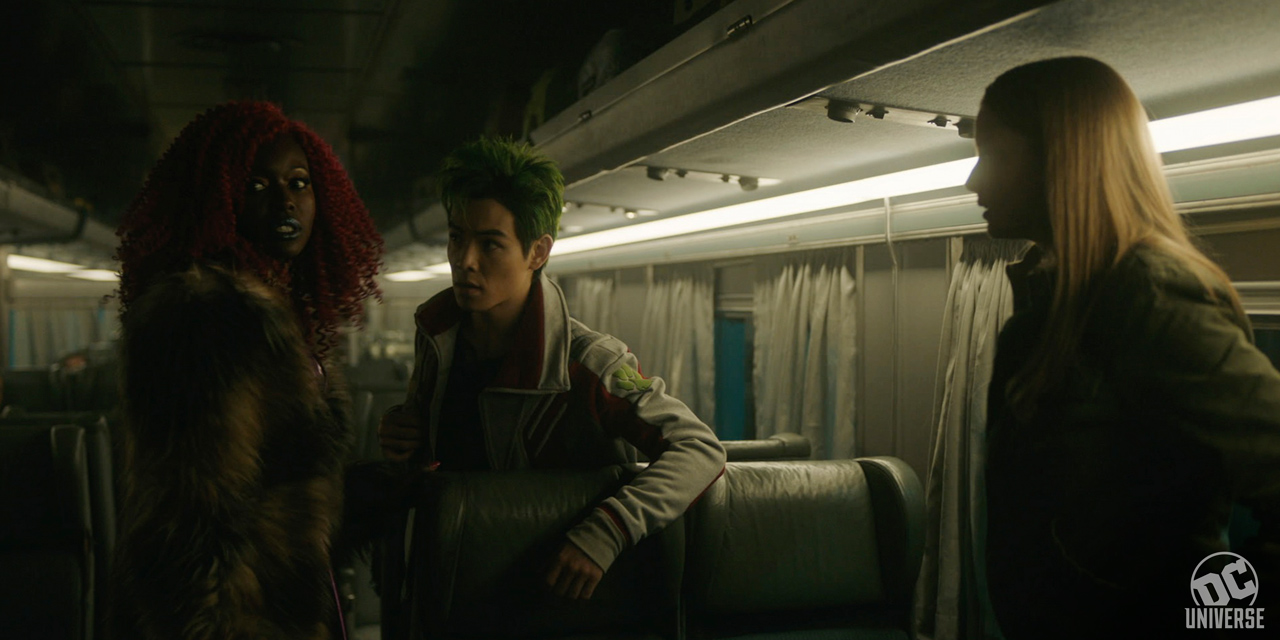 Kory and Gar share a rare moment together as the younger hero comes to terms with the fact that he killed a man during their escape from the asylum. It's nice to see these two get a little time together as Kory reassures him he should never be ashamed of protecting himself, and that he, like Rachel, is just coming to terms with his abilities. A fraught exchange with the dining car's bartender leads Kory to question herself, and suddenly the heat of the FBI is back on Starfire.

Robin's myopic view of crime-fighting comes under the lens as he interrupts Donna trying to ensnare a poaching ring. The hyper-intelligent photojournalist is planning to take down the criminals, but Dick jumps in, desperate to beat down a poacher, almost jeopardizing her sting. This leads to one of the strongest scenes in the series thus far, as Donna helps Dick break down why he's the way he is. Exploring the differences between her upbringing on Themyscira, which centered love and family, with his at Wayne Manor, which centered on rage and pain, it's a sharp commentary on Batman and a hint towards Dick's future as Nightwing. 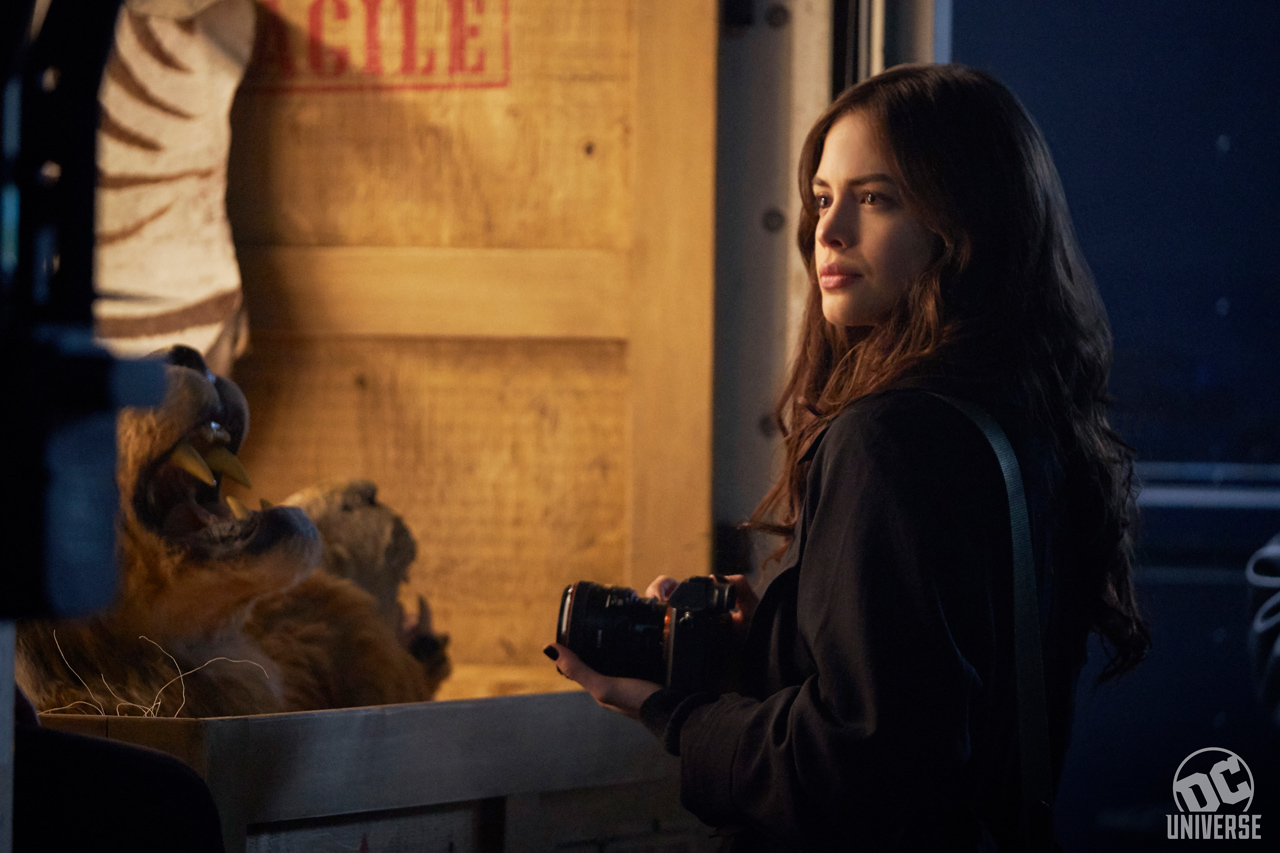 As Dick tries to escape his past, it again creeps back, with Donna recognizing the ancient language from Kory's storage locker whilst looking through his phone. It turns out they teach the Sumerian offshoot in Themyscira, so the pair are immediately on the case. As Donna and Dick attempt to solve this mystery, the heat is on Kory and co. as the FBI stops the train and attempts to track down their fugitive. Kory can handle herself though, and the team soon makes it to Angela's home.

In the epic final moments of this week's episode its two storylines come to a head, with Robin and Donna rushing towards Ohio whilst coming to the terrifying realization that Kory was sent to kill Rachel. But it's too late. As the young girl heals the alien princess, Kory's memories are restored and she throttles Rachel, leaving her screaming as the credits roll.

What did you think of "Donna Troy"? Let us know in our Community!