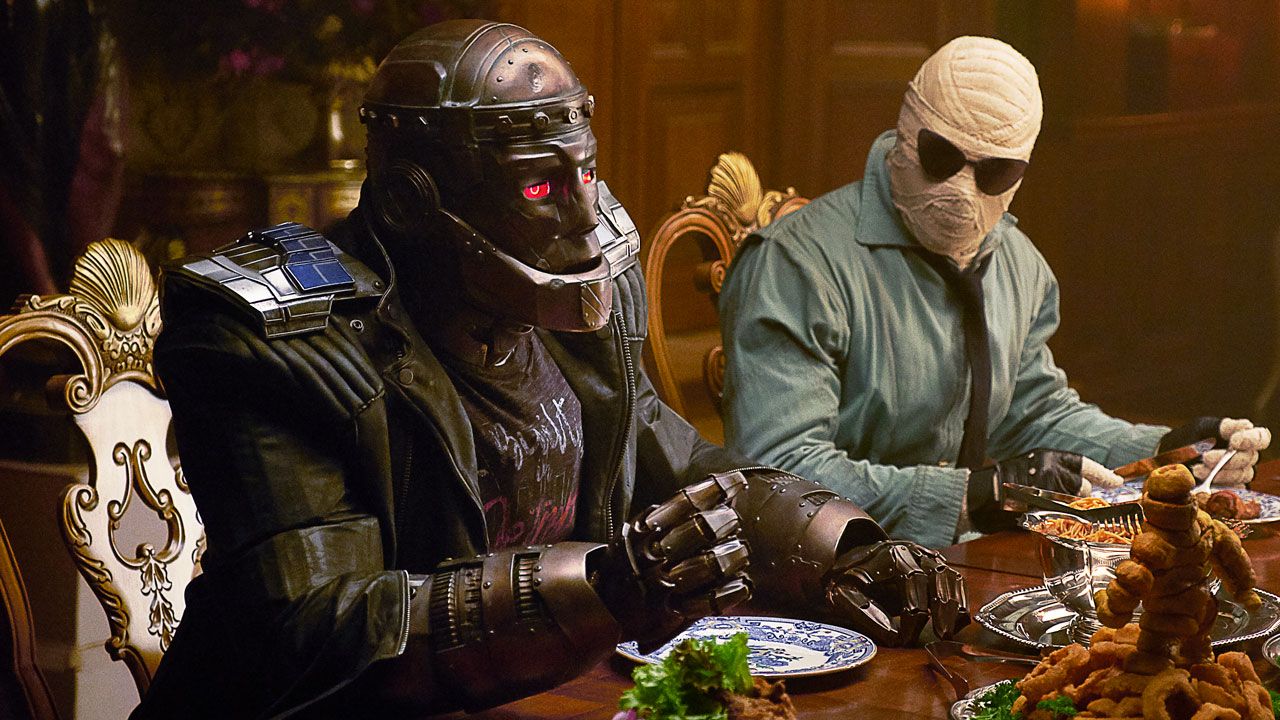 Strap in, friends... because this week's episode of Titans is a wild ride! Needless to say there are non-stop spoilers ahead. So turn back if you haven't seen "Doom Patrol" yet. And if you haven't, watch it here now!

Things kick off this week with a flashback to Gar's origin, which involves a deadly illness and the mysterious man who cured him. We then join the fray with Rachel on the run after blowing a hole in the Sisters' convent in the wake of Dick and Kory discovering who she truly is: the destroyer of worlds. The elder Titans find themselves forced into working together as they attempt to find Rachel. But, luckily, a certain green tiger gets there first. Gar finds Rachel in the woods after following the team from the arcade, transforming into a viridescent jungle cat to showcase his own powers and gain her trust. Before we know it, the pair are off into the woods of Ohio, where Beast Boy insists they'll be safe.

This episode feels like a departure from the three preceding entries. Where those felt frenzied and full, "Doom Patrol" is a slow-burn experiment in atmosphere that feels like a DC Comics take on a classic Universal monster movie. And it's wonderful. As Kory and Dick chase down Rachel at the ruins of the convent, Gar takes his new friend to his home, which happens to be a massive sprawling mansion in the midst of the woods. Rachel is blown away by the warm, vibrant, and busy boy-cave that Gar has crafted, full of video games, film posters, and other nerdy mementos. But they're not alone for long, and as Rachel hides in a closet we catch our first look at one of comics' coolest characters, Cliff Steele's Robotman.

One of the highlights of this episode is getting to see the brilliant practical costumes of the Doom Patrol come to life, and Robotman is a perfect introduction. Lumbering and heavy footed, Jake Michaels brings a physicality to the character that reads somewhere between Frankenstein's monster and C-3PO. Brendan Fraser's voice acting adds layers to the complex character who's clearly unhappy with his robotic fate. When he discovers Rachel curled up in the cupboard, he admonishes Gar, warning him about the wrath of their patriarch and benefactor Niles Caulder, A.K.A. The Chief. But Gar reassures his metal mate that Niles isn't home for days so there's nothing to worry about.

We really get a taste of the weird world of Doom Patrol in this episode when Rachel sneaks around the house and ends up meeting Larry Trainor's Negative Man -- a kind and talented chef who just happens to be completely wrapped in bandages. Once again, this has a brilliant visual impact. Brought to life by Matthew Zuk and voiced by Matt Bomer, Negative Man's entrance is one that fans are unlikely to forget as he dances around a huge kitchen while cooking an extravagant feast. He invites Rachel to stay for dinner, backing up Gar and leading to the young girl joining the team around a table stacked high with lobsters, burgers, onion rings, and every ther manner of delicacy. 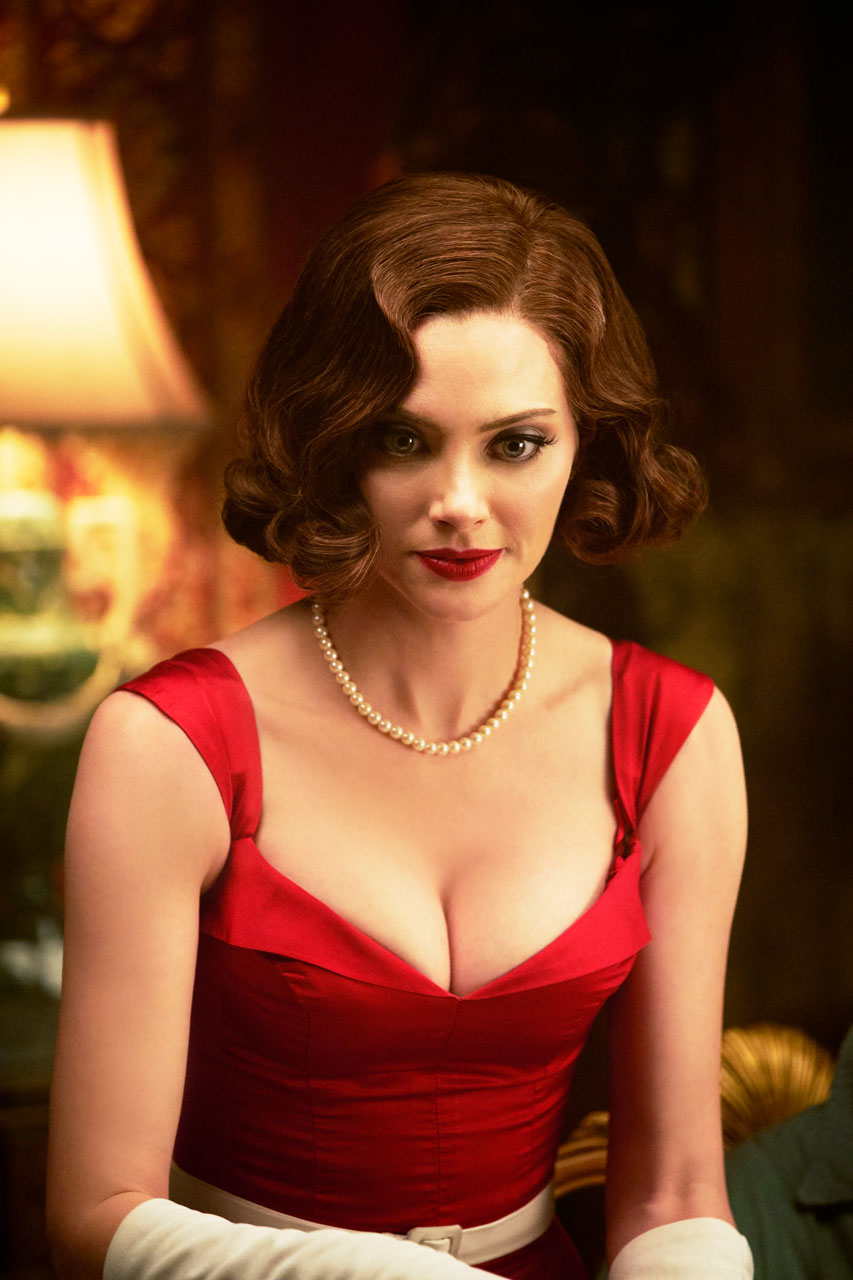 The four are joined by Rita Farr, whom fans might know better as Elasti-Woman (nee Girl). Farr's powers are utilized to gross effect as we see her as a gelatinous mass lying in her bed while one of her old movies plays on a television. Yet when she appears in the dining room, she's a beautiful young woman and somehow also a former golden-age Hollywood film star. As the unusual crew sits around the table, Rachel is ecstatic to have found other people with powers just like her. When Elasti-Woman's gorging leads to her face falling away, Rachel reassures her that she isn't scared and that they're just like each other. Sadly, the joyous occasion is interrupted by the return of The Chief, who's less than happy to see a new arrival in his home.

We instantly get a feel for the duplicitous man who runs the house. Sure, he's helped this strange found family in that he saved each of them from death, but it's clear that Robotman is unhappy about his lot in life, and that The Chief sees the group as science experiments rather than people. Of course he's most intrigued by Rachel, and after taking Gar down a few pegs for breaking his no-visitors rule he leads the young girl down to his lab, promising he can help her. Alas, when he begins his experiment it's clear he doesn't care whether or not he has Rachel's consent, and even knocks out Gar when he tries to help his new friend; which doesn't go well for the good doctor.

As Raven tries to escape, Robin and Starfire make their way to the Caulder mansion, coming across the Doom Patrol in the darkened halls. In a brilliant moment, the team try and scare away the newcomers with Elasti-Woman contorting her face, Robotman looming menacingly, and Negative Man threatening, "You don't want to see what I really am." It excitingly sets up a potential tone for the upcoming show. Where Titans is violent and dark, it seems like Doom Patrol will be spooky and humorous. And we can't wait... Obviously Dick and Kory are used to the strange, so when they hear Rachel crying for help they move on unperturbed. 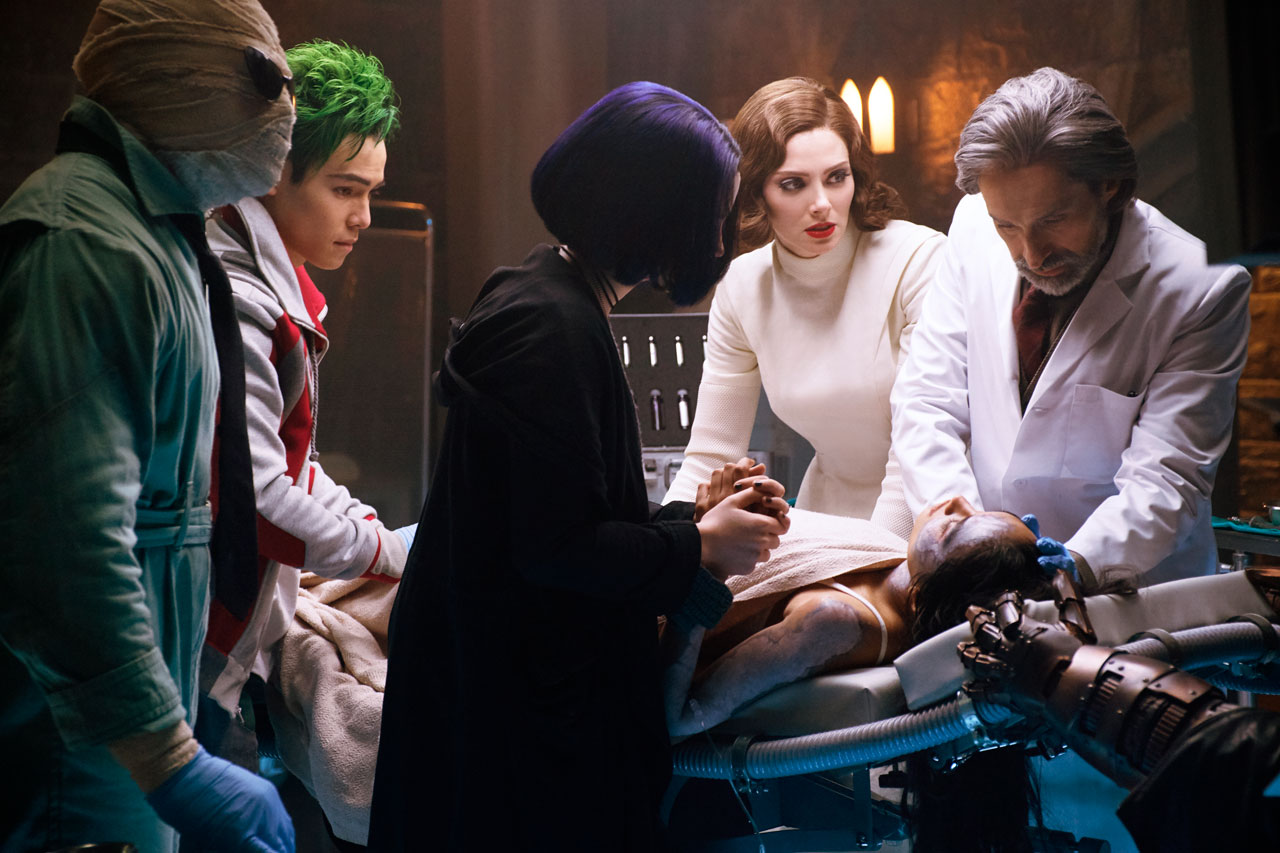 It's here that we really get to see the strength of Rachel's burgeoning powers. When the pair find her, The Chief is laid broken on the floor (which will make sense to fans of the comic), and the young girl has opened a portal to another world. Dick manages to calm her by promising he'll stay with her no matter what, taking back his bitter words from the convent. After calming down Raven and shutting the portal to hell, the team gets ready to leave. But, as they do, the Patrol meets them at the door, encouraging Beast Boy to join his new friend and live a life of freedom that the Doom Patrol could never offer him. As Gar hops into Dick's Porsche, we get a look at our Titans together for the very first time.

What did you think of "Doom Patrol"? Let us know in our Community!