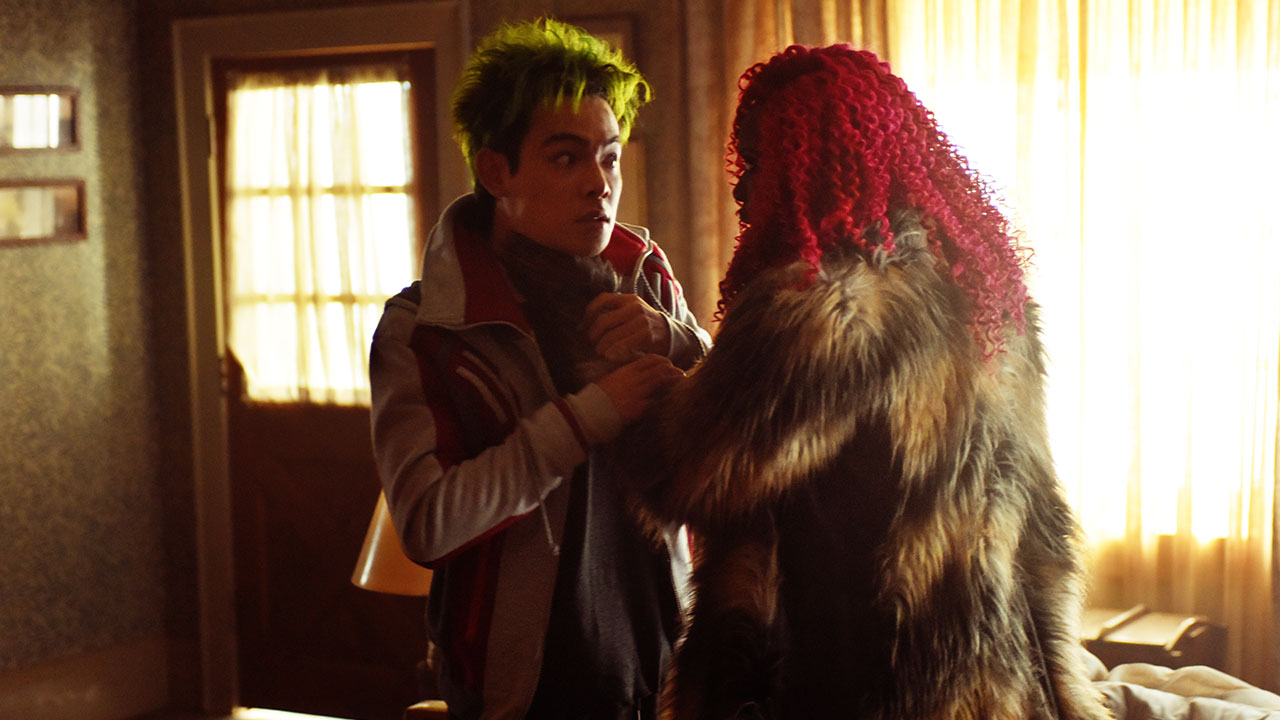 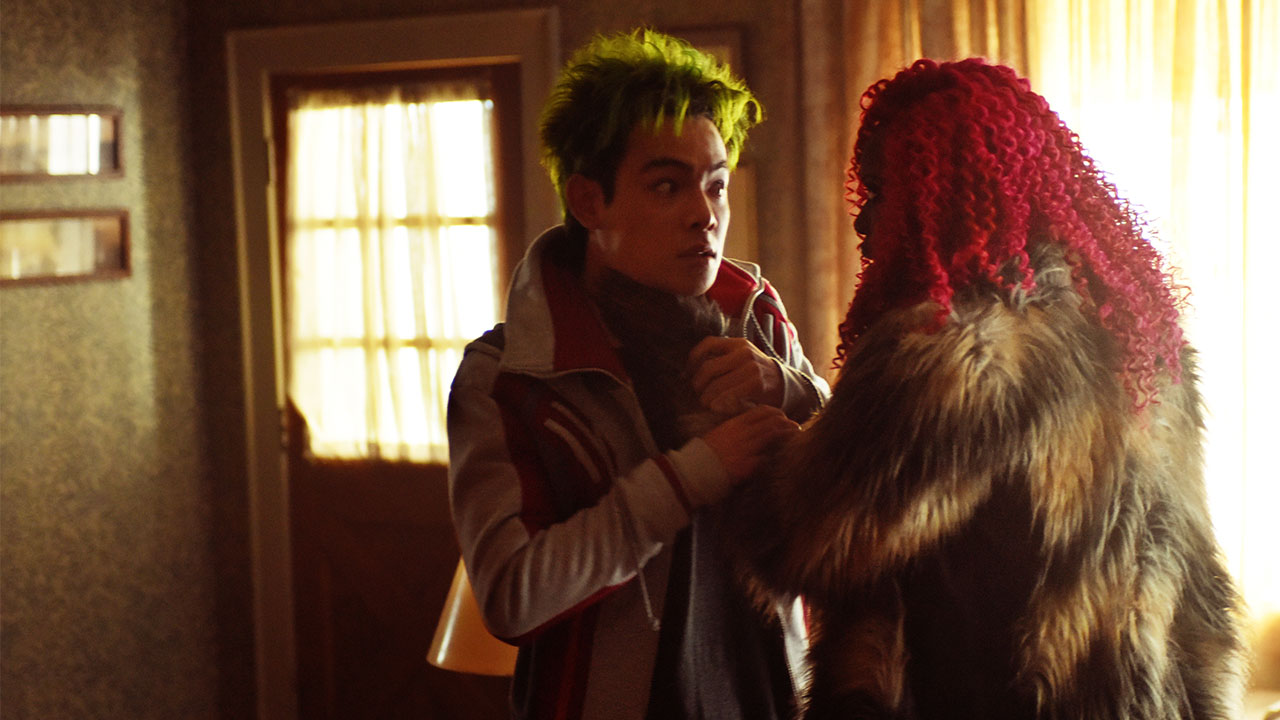 We're getting ever closer to the season finale of Titans! As we move towards the inevitable we're starting to delve into what's been driving most of this season -- the mystery around Rachel and her origin. Before we get to that, however, the Titans have to deal with the more imminent problem of Kory trying to kill Rachel as her forgotten memories begin to resurface. (Watch "Koriand'r" here.)

Much of Starfire's story has been centered around her quest to find herself. Just like Rachel in this episode, we really get to the heart of who she is and what's brought her here; though not before Dick and Donna arrive and the former Wonder Girl has to pull out her lasso and free Rachel from Kory's extraterrestrial grasp. As she wakes up from her violent haze, the alien princess is shocked to discover she's hurt the young woman she's come to love so much. Almost immediately Angela orders her to leave their home. Though Kory attempts to apologize to her young friend, Rachael is understandably terrified. Mortified by her own actions, Kory leaves. 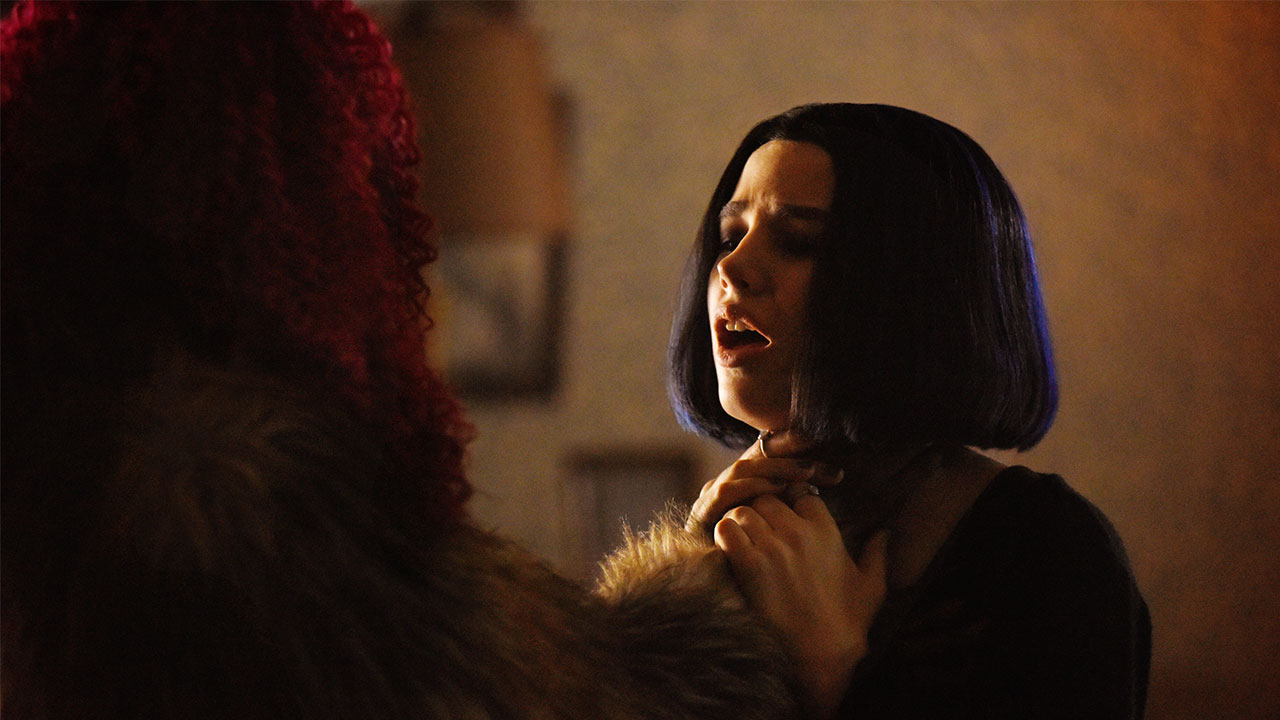 Of course Dick is not far behind, joined by his old friend Donna. As the pair head out to find their confused friend, Angela reassures Rachel she's exactly where she's meant to be. Rachel's parents play a huge part in this week's story, and -- with just her, her mother, and Gar in the house -- things start to get very strange, with creepy phone calls and flickering lights. With Angela's home beginning to resemble more of a haunted house than a safe house, we join Dick and Donna in the car where the older sidekick is admonishing her younger counterpart for always going after dangerous women. Except of course for Dawn. Donna states that Dick "really fucked that one up."

From the outset, Titans has hinted at the horror of Rachel's powers and origin, but "Koriand'r" really leans into that with an unsettling score that constantly leaves you questioning just who you can trust. This is perfectly exemplified as Angela gardens whilst the kids eat inside, and she's approached by an almost chillingly normal man who appears to be a friend from the past. He also happens to be the county Sheriff and is investigating the train situation caused by Starfire and co. that led them to the house. Angela doesn't reveal she was involved, but she does ominously state that she plans to stick around for good. Though the Sheriff does have something of the Ted Bundy about him as he asks her out on a date, this is the first moment we start to question if Angela is exactly what she's presented herself to be.

Inside the spooky house, Gar tries to reassure Rachel she wasn't at fault for what happened to Kory, though the traumatized heroine has a hard time believing it. After all, as she states, "Bad things happen to the people around me." As her friend tries to make her feel better, her powers jump out, threatening Gar and making Rachel feel even worse. The team coming to terms with their strengths and abilities has been a big thread running through this season, and it seems that at this point Rachael is no closer to finding that balance. Yet that would seem to be exactly where her father wants her: questioning herself, her friends, and her gut -- and leaving her common sense and mortal soul unprotected against the will of her dear old dad.

The one thing standing between Trigon and his dominion though are his daughters' friends. So the house makes quick work of Gar, psychologically torturing him by showing him images of his mouth drenched in blood, along with the ghost of the man whom he killed during the breakout at the asylum. Though Gar senses something is wrong, Rachael convinces him to return to the house, which ultimately proves to be a huge mistake. Luckily, for the youngest of our heroes, Dick and Donna catch up with Kory, and all three make a startling discovery as she leads them to a warehouse which holds a breathtaking secret. 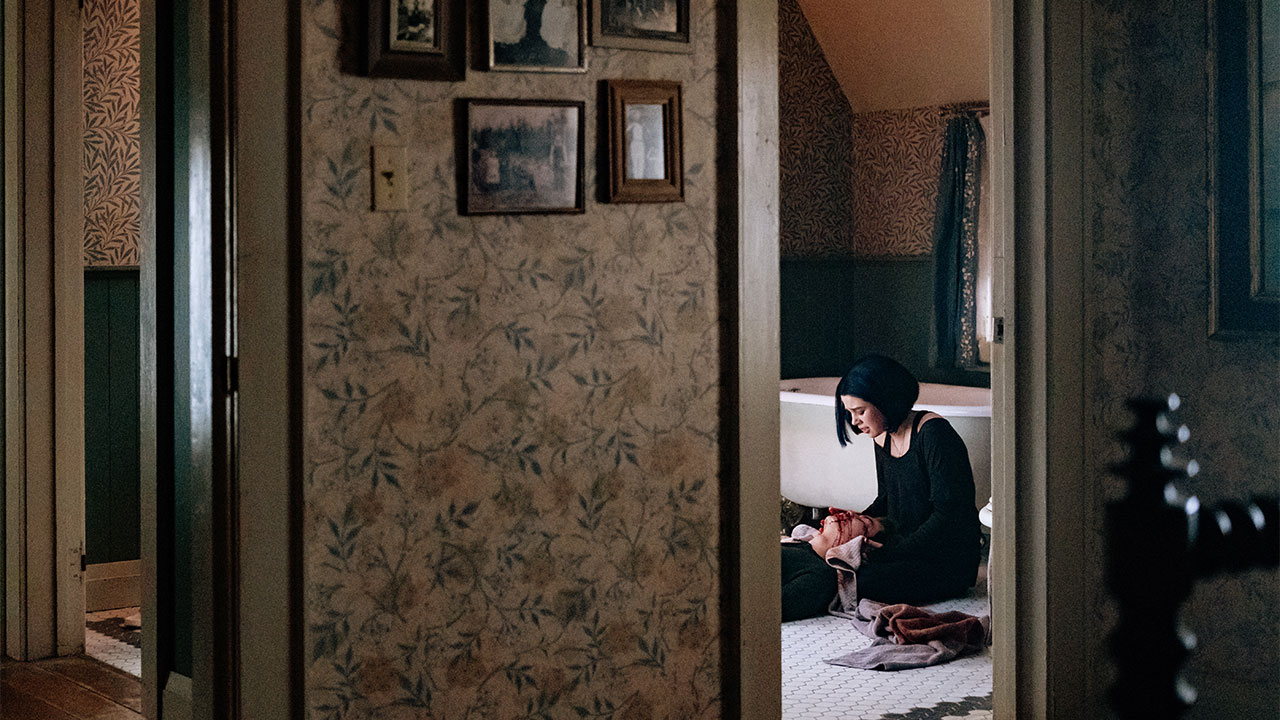 Though fans have long known Kory is of alien heritage, this is the first full confirmation we've seen of her home planet, and it's spectacular. It seems Rachel truly did fix Kory's broken memory, and that the last key to her past is the huge ship which has been hiding in the depths of the abandoned warehouse. The three enter the alien vessel and quickly learn all they need about Koriand'r and her home planet of Tamaran. They also confirm what many suspected -- that Kory was sent to capture Rachel, having discovered that the young girl could cause her planet and all others to die. As they're looking through an ancient book on Kory's ship, the trio make a horrifying discovery that leads them back to Angela's ancestral home.

At the house of horrors things are getting, well, horrific. Poor old Gar wakes up in the night feeling strange, and before we know it he's bleeding profusely out of his orifices. A worried Angela wakes up Rachel, begging her to use her powers to save her friend. But the rescue plan is disrupted when Angela's acquaintance knocks on the door bearing gifts. Scared for the young man bleeding out in the bathroom, he decides to call the police, but Angela has other plans. It's the twist that some fans saw coming but will likely take many by surprise, as Rachael's mother stabs the County Sheriff and tells him that though she would have loved to have that drink, she's already in a relationship... meaning only one thing: Angela has been working in cahoots with Trigon the whole time.

Rachael, so desperate to save her friend and so trusting of the mother she never really knew, unwittingly opens a portal to Hell and brings her demonic father straight into our world. It's our first look at the Satanic patriarch, and as he arrives he saves Gar -- potentially imbuing him with some kind of dark powers -- and apparently wins Rachel's trust. Angela is over the moon, her plan complete, now ready to destroy this world along with every other in existence. As Dick, Kory, and Donna make their way to the house, it seems to have disappeared. But an insistent Dick throws himself through the shimmering air and into the demonic realm, where Trigon ominously claims they cannot eat the world until his daughter's heart breaks. The last thing we see is Dick entering the house and looking behind him before the door closes...

What did you think of this week's episode of Titans? Let us know in our Community!