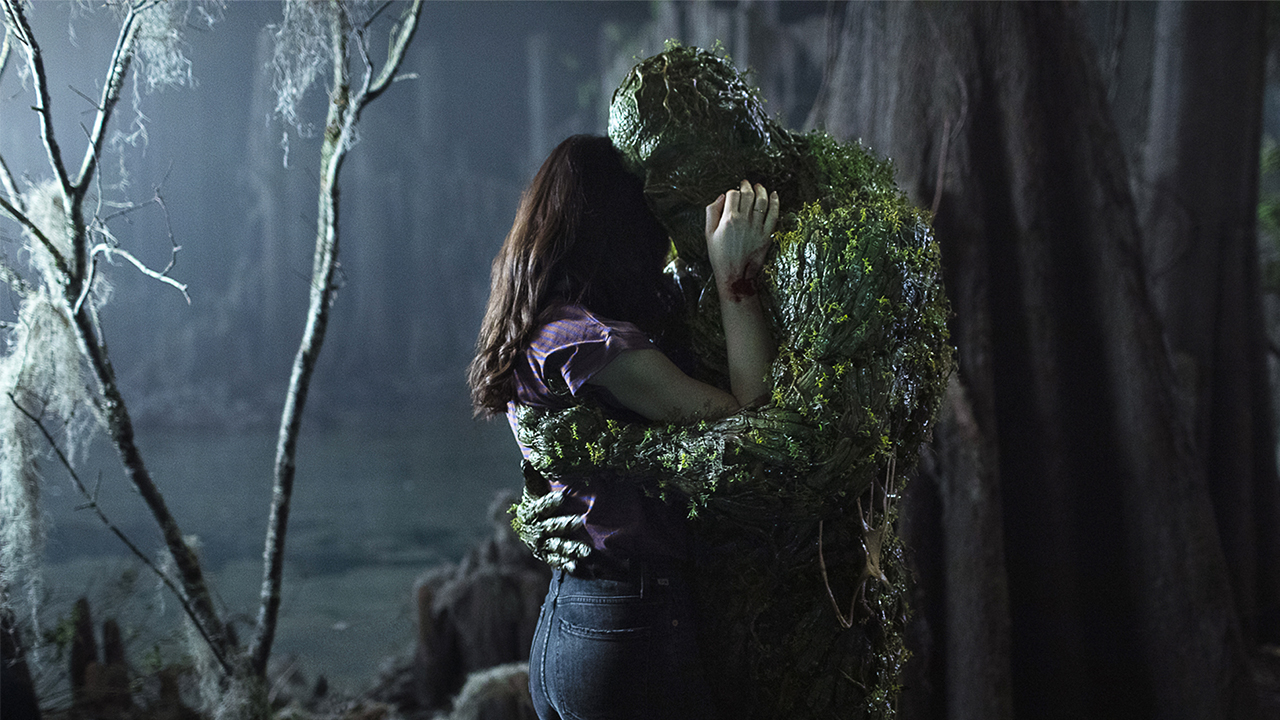 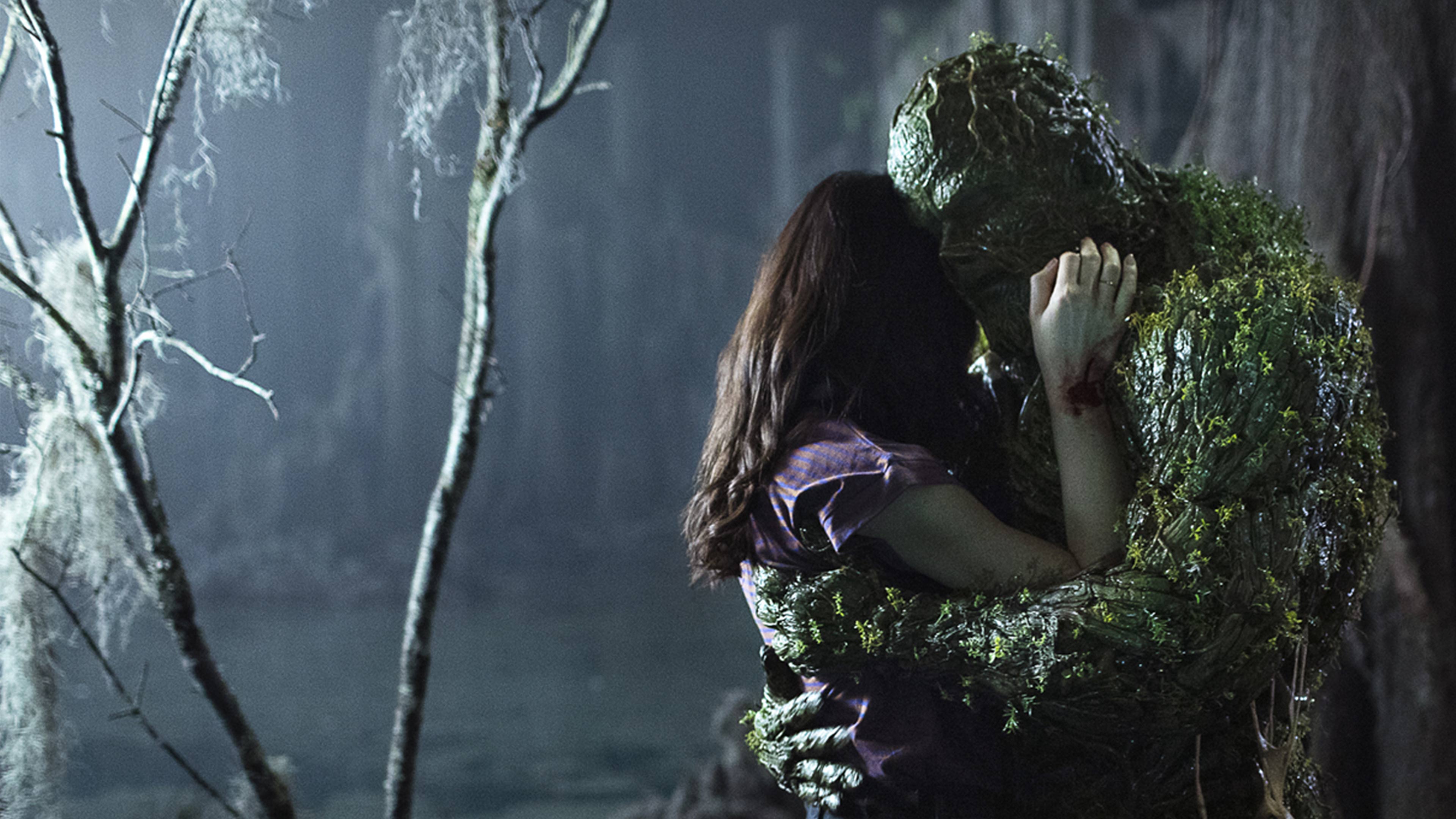 We Recap SWAMP THING: The 8 Most Haunting Moments in "Long Walk Home"

You can't keep an evil man down... that's how the saying goes right? Well, it's definitely true in the case of Avery Sunderland who after apparently being murdered in the swamps of Marais, by his lover and son has somehow survived. That's where we kick off episode eight of DC Universe's 'Swamp Thing,' and it only gets stranger and more unexpected from there. With only three more episodes left this season there are some big beats in "Long Walk Home" which we've collected for you right here... 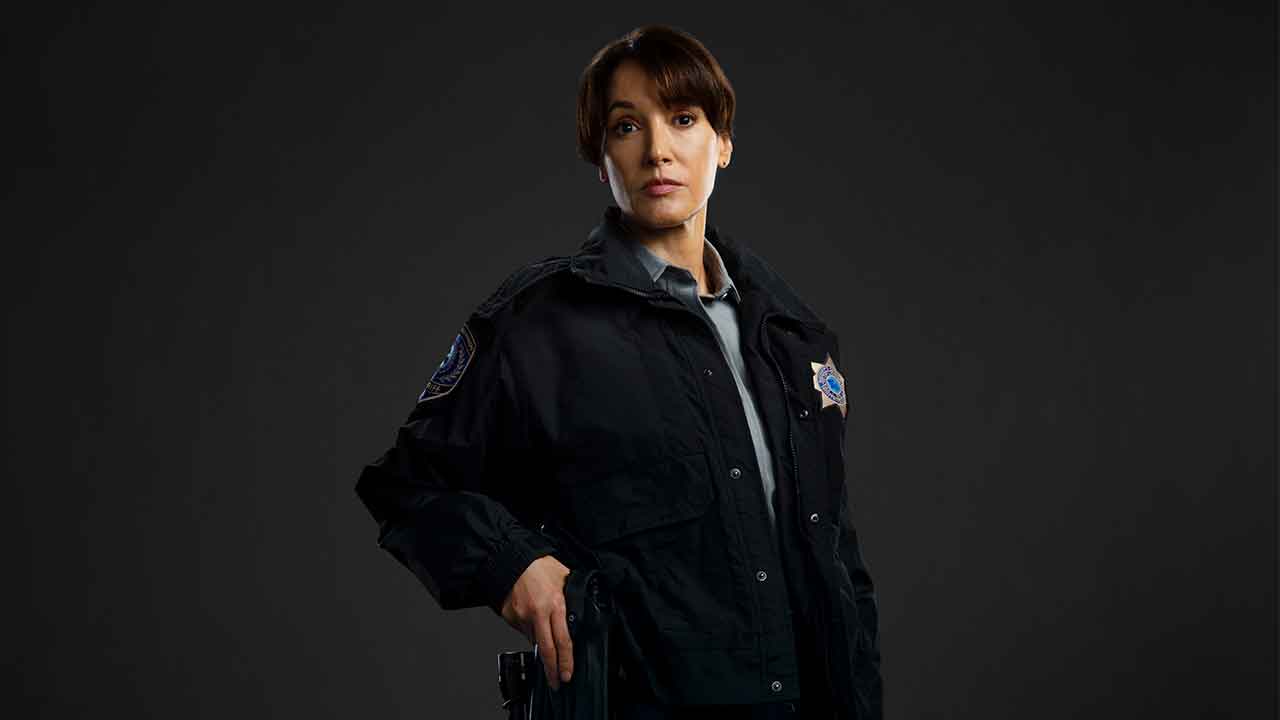 After Avery's brush with death he faces the titular long walk home as he tries to survive the swamps of Marais. There's plenty of horrors hidden within the shady glades and as Avery stumbles through them he's faced with some hallucinations from his past and present. The first nightmare that he comes up against is his erstwhile lover and attempted killer, Lucila. The Sheriff of Marais has proven that she'll do anything to protect herself and her son, including killing the man she professes to love. Though at first Avery seems convinced that his vision is real it soon becomes clear that she's a work of the Swamp as her face becomes engulfed in roots and vines. It's a horrific and terrifying moment that leans into the horror-soaked influences of 'Swamp Thing' and sets Avery up for the journey to come.

Avery Faces Down His Past

One of the most interesting story arcs of 'Swamp Thing' has been the ongoing saga of Avery Sunderland and "Long Walk Home" leans into what made him the man that we know and loathe. A recurring thread this season has been Avery's connection to the swamp and his abusive father. The violent and criminal figure haunts Sunderland and seems to have shaped him into the conflicted and compromised man that he is. After facing down his vision of Lucila we once again get a glimpse into Avery's past as we see his father forcing him to help him commit a terrible act. Here though the memory bleeds into reality as Avery's dad chases him through the woods, yelling and cursing at his son. It's a brutal moment that showcases the heart of who Avery is and the seed from which his bitterness and brutality was born.

Ever since it was first announced that the star of the 1982 'Swamp Thing' movie, Adrienne Barbeau, would be joining the cast of DC Universe's supernatural show, fans have been desperate to know who the iconic scream queen would be playing. This week that question was answered as audiences were introduced to Abby's boss at the CDC: Dr. Palomer, the assistant director of the government org who is less than happy with the young doctor and her prolonged stay in Marais. It's a brief cameo but hints at a bigger rift that's growing between Abby and her employers, one that will end up putting her and the people she loves in danger.

It's all been leading to this. Ever since Alec realized that there was something murky going down in Marais he's been on a collision course with Avery Sunderland and this week the pair finally come face to face. With Avery slowly losing himself and his mind in the swamp, the green good guy appears and in his infinite kindness tries to help the man who put him there. It's not enough that Alec helps Avery to survive his long night, but he also tries to educate the cruel patriarch about how his actions have caused the misfortune currently engulfing the small town he loves so much. It's a major moment for both of the characters for vastly different reasons. The meeting will change Alec Holland's life forever as his love for Abby and unshakeable belief in the innate goodness of humanity allows him to step into a violent trap. Whereas Avery once again sees a chance to regain the wealth and status he once had by leveraging Alec to the new and nefarious arm of the CDC who are now operating in Louisiana.

The Conclave Make Their Move

The Conclave have been haunting the shadows of Marais throughout this season -- you might remember them being mentioned just before Avery killed the man who was illegally lending him cash. At the end of the last episode we met Mr. E (played by none other than the 'Aquaman' movie's Michael Beach), the enigmatic man that Avery has been courting for money. Nathan Ellery is a big player in this episode as he attempts to gain control of the Swamp Thing situation for his own financial gain. His role in the CDC is worryingly influential, especially as he seems to have full control over Dr. Palomer ,and things get a whole bunch more deadly when Abby doesn't play along.

Dr. Palomer isn't the only one who is disappointed with Abby's lack of communication, as her old partner Harlan is worried about her. The pair share a deep and meaningful conversation in which Abby comes completely clean about Alec and his transformation. After professing how much they've missed each other Harlan commits to backing Abby up and supporting her in protecting her from the maneuverings of the CDC. Alas, for poor Harlan the Conclave and their CDC minions have other ideas, as the doctor is kidnapped in the middle of the street. Though we don't find out his fate, it's clear that he was likely tortured for information as Nathan later reveals to Abby that they're aware of Alec and his magical powers, and that it was Harlan who told them.

Alec Makes a Deal With the Devil 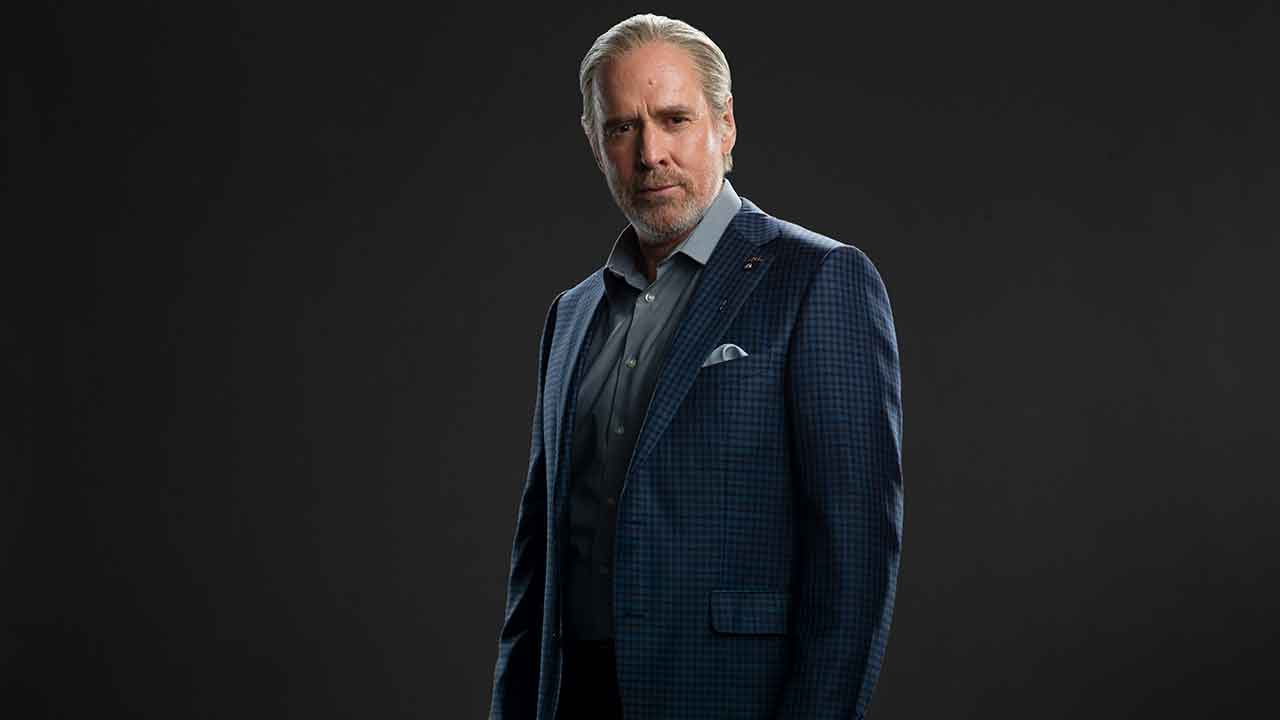 Though it was a moment that had audiences screaming at the screen, it's not hard to understand why Alec Holland decided to trust Avery Sunderland. After saving his former employer's life, Alec agrees to let him go after Avery promises to help him find a cure for the condition that's turned him into Swamp Thing. It's a key moment and one that leads to a devastating final act as well as seeding the last two episodes of this season and the ultimate conflict that we're likely to see played out.

Despite Avery's promises it was clear that Alec Holland's fate was sealed once the maniacal madman headed out of the swamp. That date was confirmed as Alec discovered intruders in his new home, but far from just being the return of Avery, Alec is surrounded by armed soldiers. At first it seems like the supernatural Swamp Thing will triumph as he throws the mercenaries around like rag dolls, soon he's been waylaid by Avery and his minions. The last glimpse that we see of Swamp Thing is as a crouching, frozen mass, afraid and incapacitated. As the credits roll things are looking bleak for our hero and the swamps that he protects.

You'll have to tune in next week to see how Alec escapes but we're pretty sure it'll include Abby Arcane being a total badass. With only a couple of episodes left to go the pressure is on for Swamp Thing and Abby to break free of the CDC and the Sunderlands and hopefully save Marais and its apparently cursed citizens.