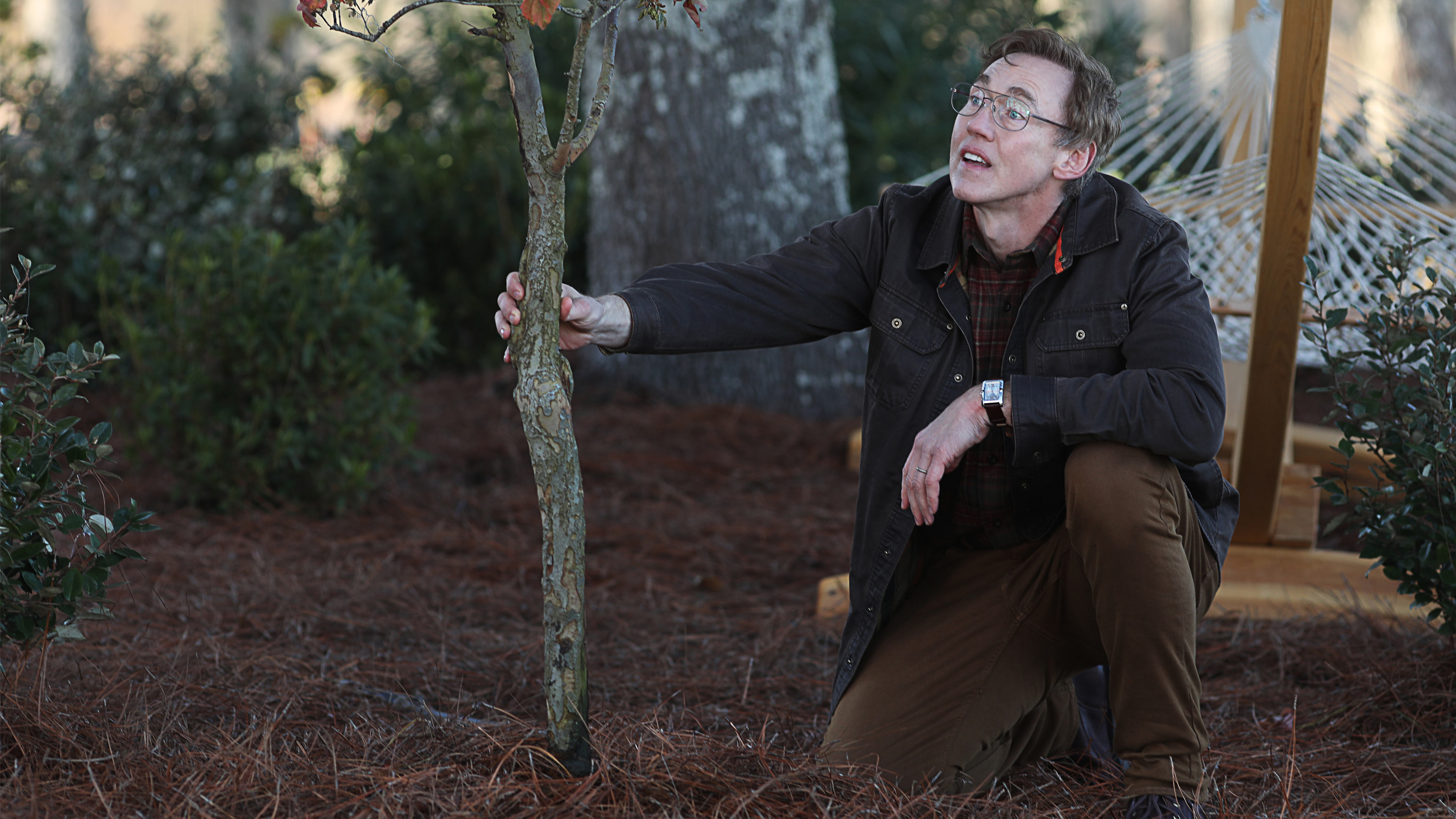 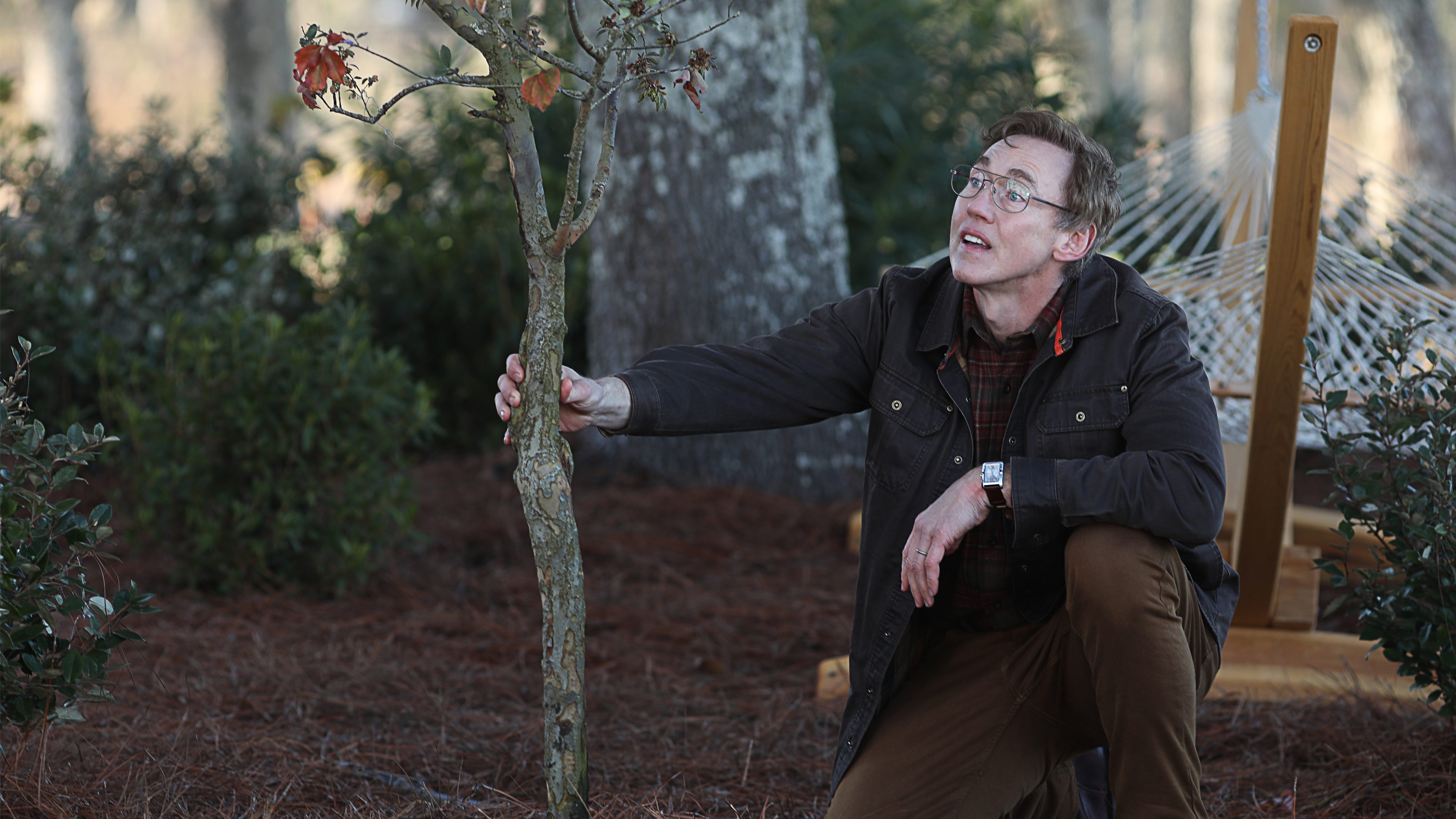 We Recap SWAMP THING: 5 Things We Learned From "Worlds Apart"

After being introduced to the wooded glades of Marais, Louisiana and its inhabitants in the latest DC Universe original series' premiere episode, Swamp Thing fans properly meet the titular horror hero in the second episode. With Abby Arcane returning home and meeting the charming Alec Holland only for the latter to apparently die in a horrific "accident," the stakes are high in the sophomore chapter, with plenty of key moments and, of course, a new green superpowered being in the swamps. Here are the five most important things we learned from "Worlds Apart"... 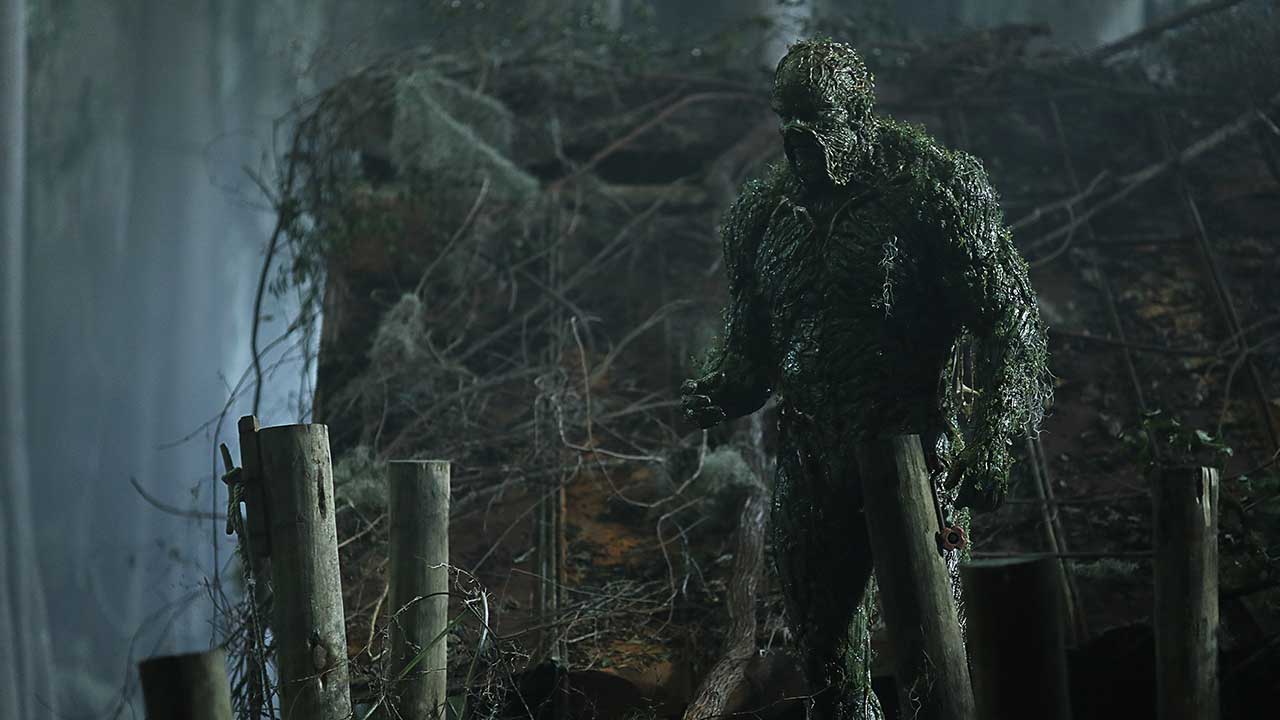 After the death of Alec Holland in the first episode, fans saw Swamp Thing rise from the murky waters, a new (and green) man. In case viewers weren't sure that the two were connected, there's confirmation via a tease at the episode's end that the creature says his name is Alec. Before that reveal, though, it becomes very clear that Swamp Thing has some impressive powers, the first of which is an apparent psychic connection with the first infected girl to catch the mysterious illness plaguing Marais -- Susie Coyle. As soon as Alec emerges from the swamp, confused and afraid, Susie begins to have visions, realizing the creature needs help and guidance. It appears it's the swamp that's connecting them, and once Susie escapes and makes her way there, viewers are given a glimpse at the true power of Swamp Thing. When the little girl is put in danger and chased by one of Avery's men, the swamp and its protector rescue her as Swamp Thing rises, stalking the man and using the vines of the swamp to kill him.

Say Hello to The Floronic Man

A highlight of this episode is the introduction of Dr. Jason Woodrue and his wife as they are summoned to the Sunderland house to answer some questions about the ecological accelerant that Avery hired him to make. Eagle-eyed viewers will remember that substance as the yellow fluid Alec found in the swamp last episode, revealing that Avery was definitely the one who was dumping it and likely the person who arranged the death of Holland. The most vital thing here, though, is the appearance of Woodrue, brought to life by Kevin Durand. He's a ball of pent up energy and is immediately distracted from the meeting with his boss by a tree that needs saving. Woodrue can't believe his accelerant is what's making people sick but promises to try and solve the mystery, which will undoubtedly lead him into the path of Swamp Thing. Comic fans will know that Woodrue eventually becomes the villainous Floronic Man after becoming obsessed with the swamps and the creature who inhabits them.

The Sunderlands Are Up to No Good 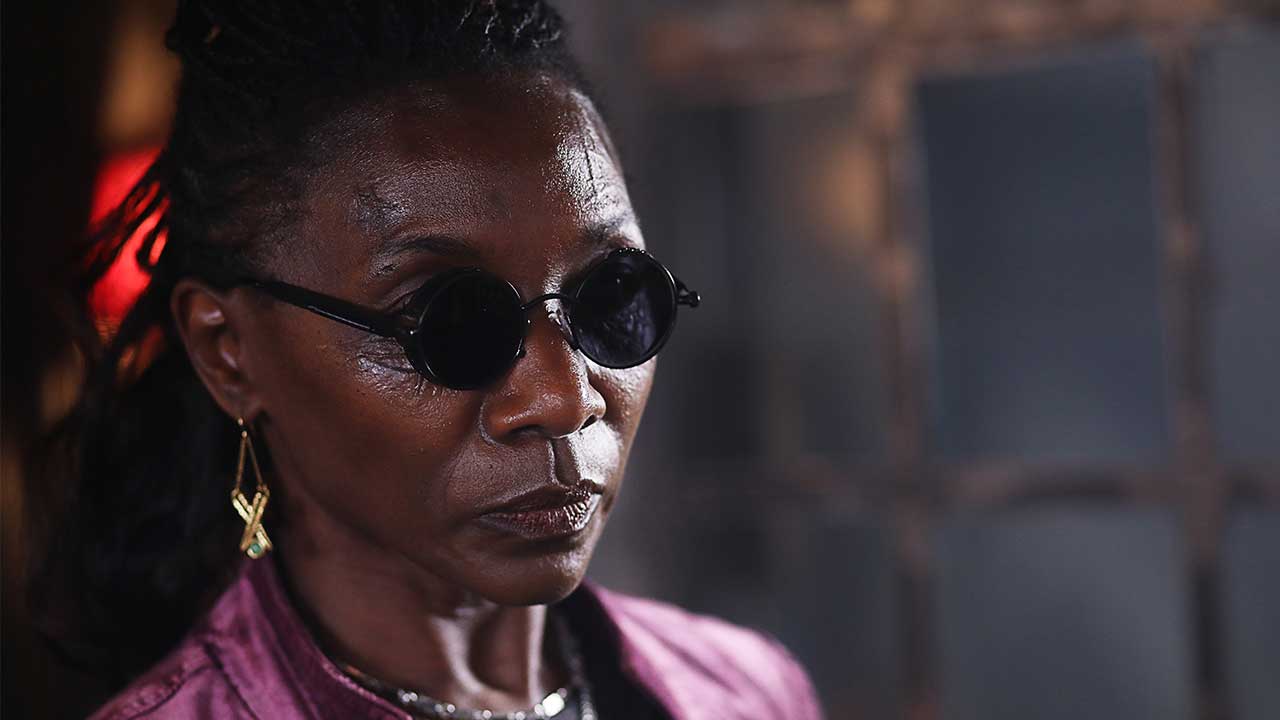 It's been clear from the outset that Avery and Maria Sunderland aren't as clean cut as they'd like you to think, but in episode 2 the pair are revealed to have dark secrets with massive potential ramifications for everyone in Marais. Now that viewers know Avery was behind the dumping that created the disease which is currently infecting much of the town, it's obvious he'll do anything to hide his involvement. This includes sending murderers out to make sure no one discovers the boxes of accelerant he was dumping, in an attempt to drain the swamp and develop the land. Maria's secrets, however, are far more intimate, as she engages the local psychic Madame Xanadu to connect with her long dead daughter. It seems this is something the pair have done before, but this time there's a shift in the line between the living and the dead. It doesn't end well for either of them, as the pair are thrown through the glass dividers in the room. Xanadu, screaming with angst, implores her desperate friend to leave the dead be. But as the episode ends Maria is in bed embracing her dead, drowned daughter, and looking happier than ever.

The Secret History of Abby Arcane

After Marais' finest decide Alec's death was likely an accident, Abby visits Avery Sunderland, which gives viewers an insight into the connection between the two, and more importantly into Abby Arcane's origin story. Last episode it was revealed that Abby was raised by the patriarch of the small town until his daughter died and Abby was unceremoniously thrown out of the house in which she grew up. As Abby sits in the colonial-style mansion, the exchange between her and her former surrogate father not only showcases how callous and cruel Avery can be -- as he refuses to let her investigate Alec's old workshop and threatens her for wanting to -- but also offers up an intriguing tease about Abby's past as we learn the young girl wasn't taken in by the couple until she was eight years old. This moment opens up some interesting questions about where Abby was before she joined the Sunderlands, and leans into the potential of introducing Abby's comic book origin -- and, most importantly for longtime Swamp Thing fans, her uncle Anton Arcane. 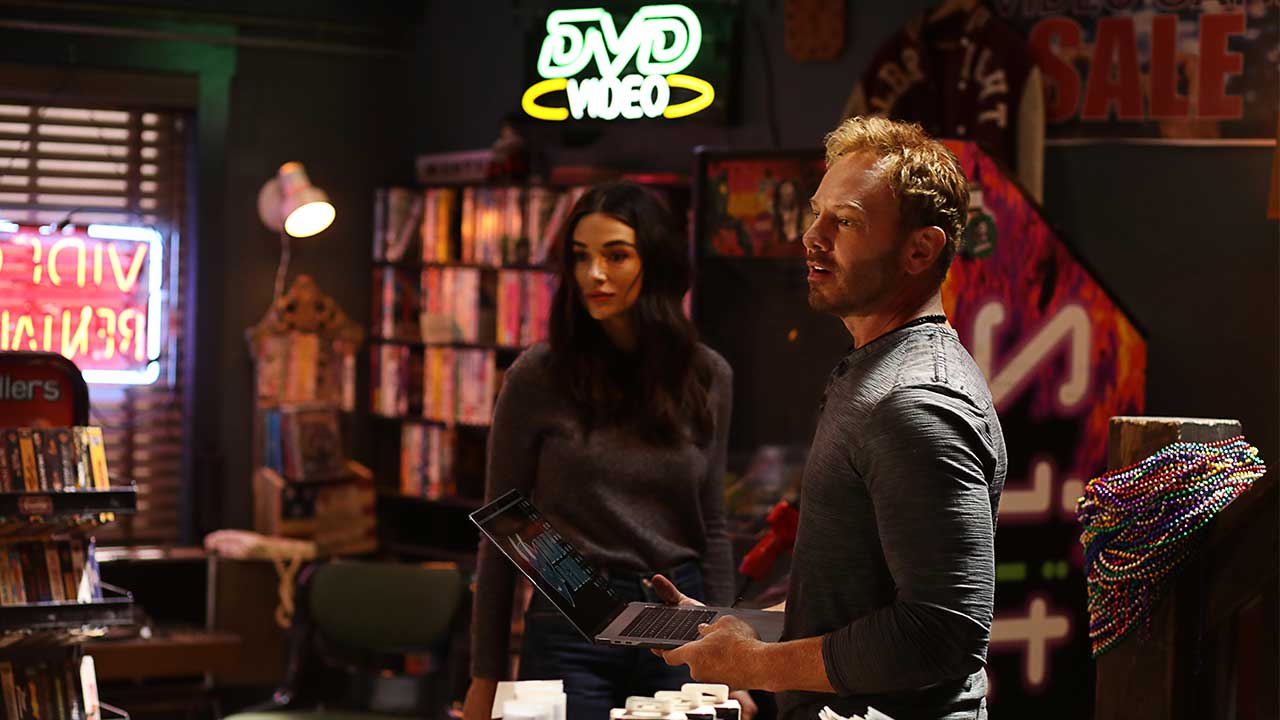 As Abby and Liz search for the truth about Alec they visit the video store which the scientist was staying above. Not only is this a very cool set filled with rad pop culture nods, it's also run by a deep-cut DC character playing a part in the rest of this season. Liz introduces the owner of the establishment as Daniel Cassidy. If you're a regular DC comics reader you may well recognize that name. But just in case you don't, Daniel quickly boasts about his skills as a stuntman and actor in the cult film 'Blue Devil.' In the comics, Blue Devil is the superheroic alter-ego that the stuntman takes on after he's trapped in a blue exoskeleton stunt suit during a battle with a real demon. Here, however, Cassidy seems to be in human form when the audience first sees him. Although he's been having a spirited argument with an unseen force and has a rather blue hue to his skin when he emerges from the back of his video store.

As this episode proves, there's plenty more in store for Marais and its famed local monster. So make sure you check back in next week as Swamp Thing delves deeper into the horrors of the Bayou and those who live there.