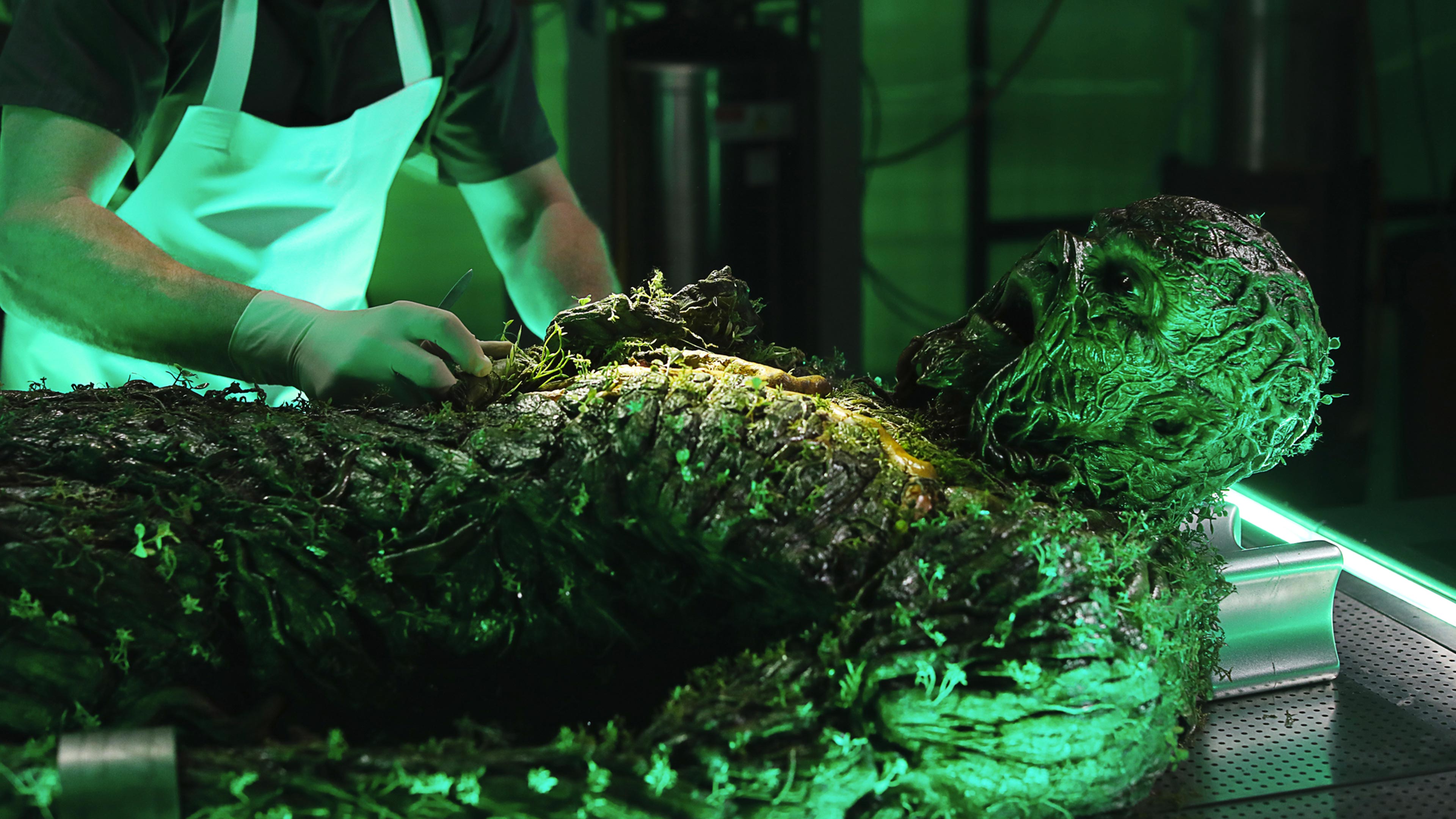 We Recap SWAMP THING: The 5 Most Jaw-Dropping Moments from "The Anatomy Lesson"

It's the penultimate episode of DC Universe's 'Swamp Thing' and this week delivers on some astonishing reveals, incredible moments straight from the comics, and the shocking death of a beloved character. If you're a fan of the classic 'Swamp Thing' series you're going to love this entry into the lore, but if you've just fallen in love with the series since it hit the platform prepare for a rad comics history ride as we breakdown the five most jaw-dropping moments from "The Anatomy Lesson."

Though it's been clear for a while now that Jason Woodrue was scheming to get his hands on Swamp Thing in order to help his Alzheimer's suffering wife this episode reveals the full nature of his plans and how far he's willing to go to complete them. It turns out Woodrue believes that he can fully restore his wife's health and cognitive abilities by discovering the secret behind Swamp Thing's regenerative powers. Luckily for Jason, he now has the poor scientist in his grasp and is willing to go to the most extreme lengths to understand the inner workings of the man who was once Alec Holland. 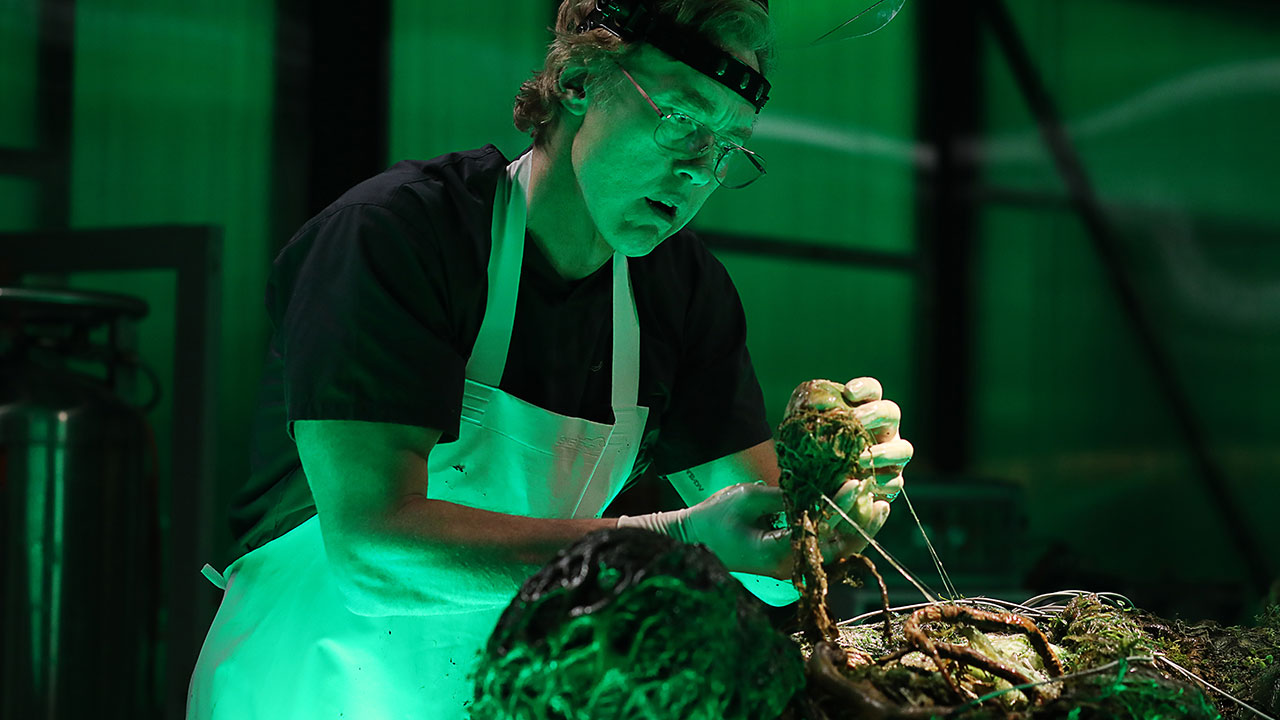 The title of this episode also happens to be the title of the true of 'Swamp Thing' Vol 2 #21 beginning of Alan Moore and Steve Bissett's cult run on the comic book series. If you've read the astounding issue you know that it changed everything that fans knew about the character and centered on Jason Woodrue dissecting the apparently dead body of Swamp Thing. Here we see the same thing as Woodrue begins to dismember Swampy's carcass only to find that the monster is still alive. It's a horrifying moment and Woodrue exposes his cruelty as he begins to chop Alec to pieces whilst he's still conscious. It's here that the pair make a startling discovery--just as was revealed in the iconic issue where this episode takes its name--the green hero's body is filled with non-functional organs grown from plant life.

The Truth about Swamp Thing

Jason Woodrue is shocked when he realizes the true nature of Swamp Thing. The lumbering beast is not in fact Alec Holland mutated by the swamp and the green, but is in fact its own entity that grew from the mutagen-infected swamp and happened to absorb the memories of the man who died in his waters. It's a heartbreaking moment and one that completely changed the direction of the comic book and the character's history forever. After this horrifying discovery, Swamp Thing decides that he must return to the swamp to discover for himself that if Woodrue is saying is true, that he might not be Alec Holland at all.

The Blue Devil's Purpose is Made Clear 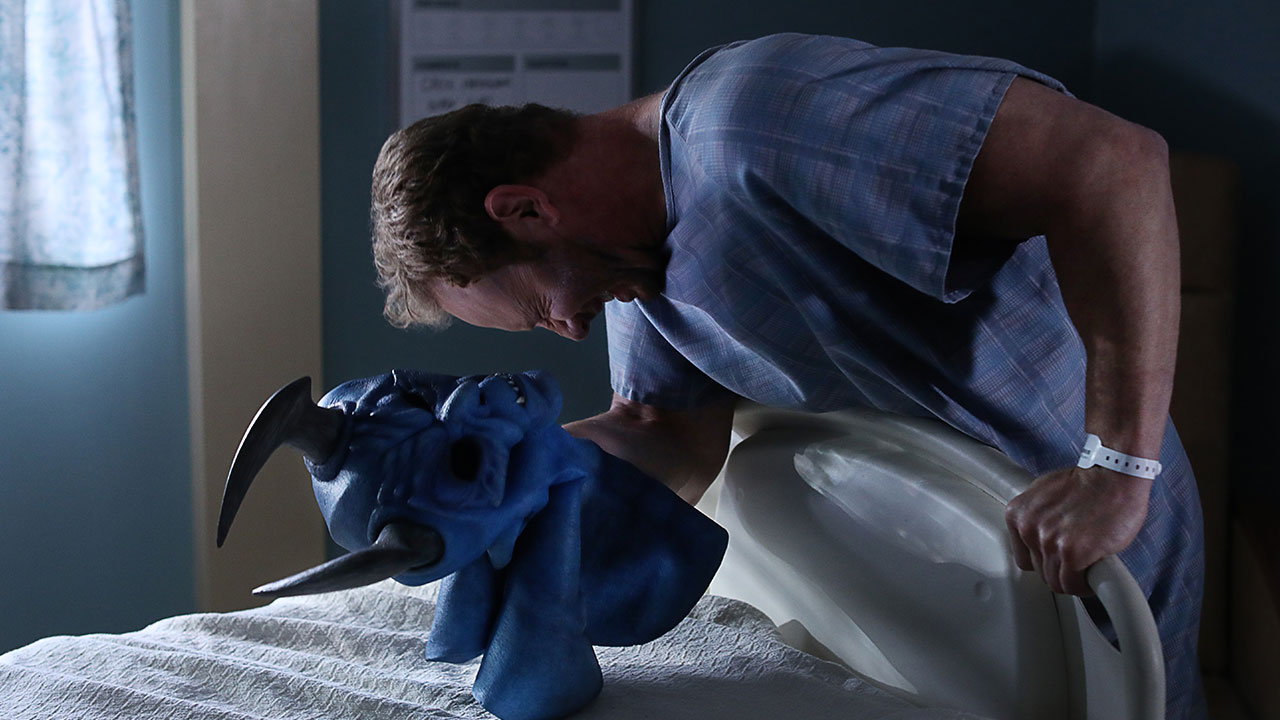 Over the last nine episodes viewers have gotten a glimpse into the life of Daniel Cassiday, the enigmatic video store owner who is inexplicably tied to the town of Marais. This week "Swamp Thing" finally delivers on the promise of the Blue Devil as the Phantom Stranger returns to the small town to show Daniel his future, or at least a version of it he needs to change. The stranger explains that he must save Abby and Liz who he just saw brutally murdered in a vision. Daniel has been imprisioned in Marais to prevent their deaths, and so he must take on the persona of the character who brought him fame: the Blue Devil. As Danny lifts the mask the Stranger left on his bed he undergoes a transformation that not only allows him to save Abby and Liz but also leaves a violent wake of terror in his wake. The Blue Devil reveal is completely worth the wait and as Daniel burns holes into bad guy's heads with his demon fire, his two friends are unaware of the supernatural intervention that saved their lives. 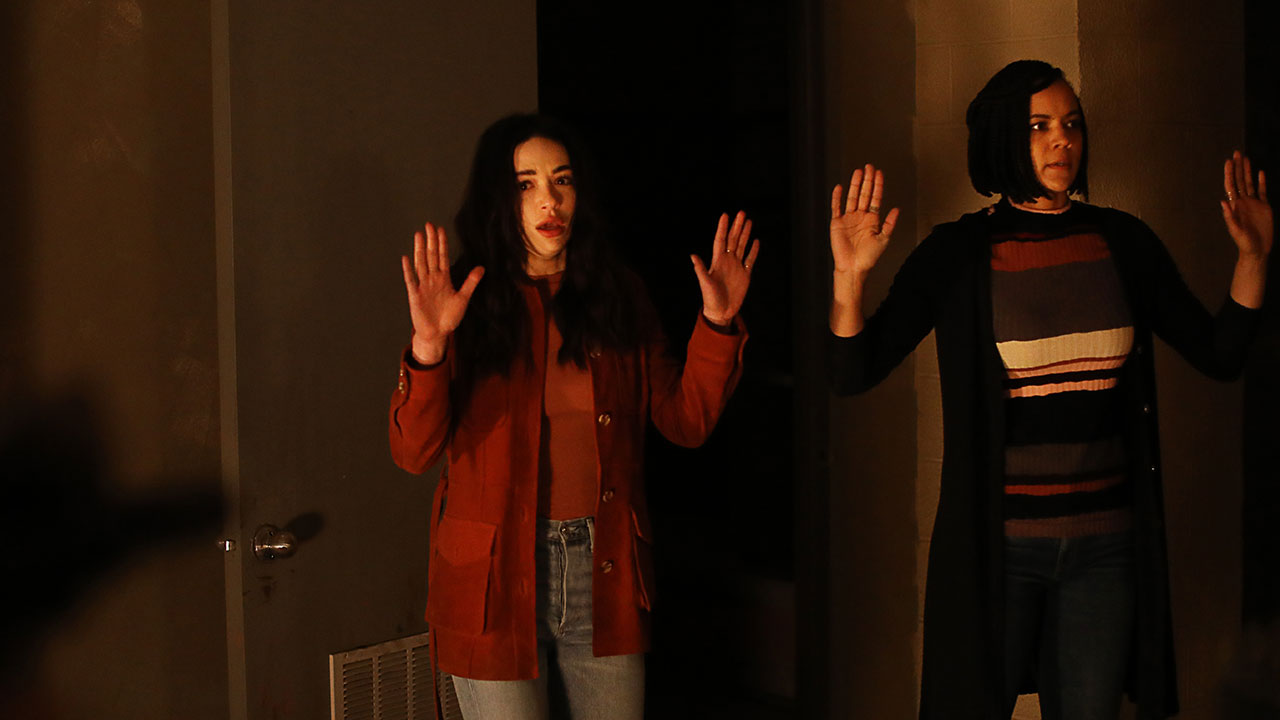 After breaking into the mysterious facility where Alec is being held and escaping death thanks to a devilish intervention, Abby and Liz find the picked apart body of Swamp Thing. As the pair watch in astonished silence the elemental-plant-monster regenerates, building new organs, muscles, and skin from nothing but his veins and sinewy, chlorofil-filled body. Once he's completely regrown he heads straight to the swamp with Abby rushing after him. Sadly, for the burgeoning couple what happens next will cause an Earth-shattering change between them. Swamp Thing emerges from the waters of the swamp with the body of Alec Holland, revealing that Woodrue was right and he is and only ever has been the monster Abby sees before him. It's surreal to see one of comics greatest moments on screen but that is what 'Swamp Thing' leaves us with as the credits roll.

As the last episode looms it looks likely that we'll see Swamp Thing facing the truth of what he is and possibly a showdown with Jason Woodrue as the Floronic Man. But we'll have to wait until next week to find out what is in store for our favorite supernatural swamp monster.

What do you think will happen on the Swamp Thing finale? Talk about it in our Community!