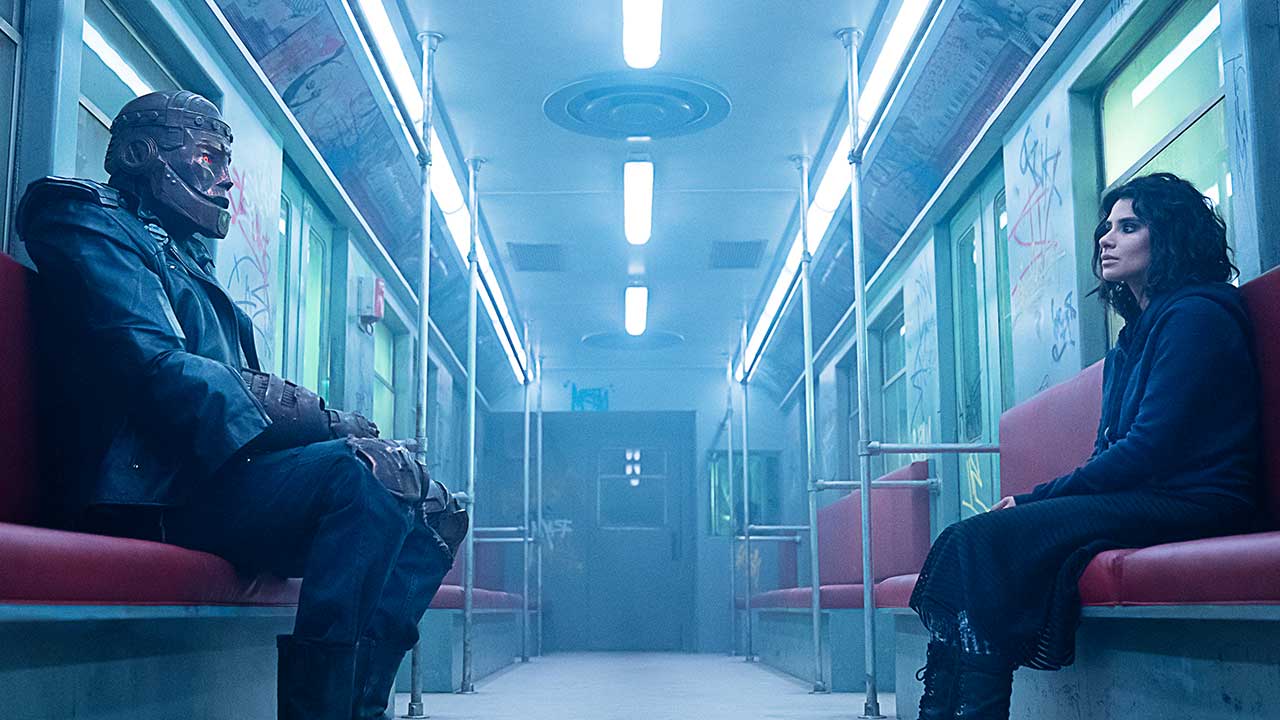 When we last saw Crazy Jane in "Danny Patrol" she had gone catatonic on the outside, while on the inside she plummeted down into the depths of her own subconscious. This week's episode is all about depth, as "Jane Patrol" explores the darkest corners of Doom Patrol's most volatile character...

With Jane apparently lost in the Underground, "Jane Patrol" begins with an exploration of the girl at the heart of Jane -- Kay Challis. Kay is a young girl who lived with a horribly abusive father, whom we see in the opening scene as the awful man embraces his small daughter. Meanwhile, in the Underground, we get our first look at the space where Jane's personalities live, and boy, is it a bleak and brutal-looking place. We get to see more of Jane's personalities than we've ever seen before, and they're each portrayed by actresses other than the wonderful Diane Guerrero. Hammerhead, Kit W'the Canstick, Scarlet Harlot, Lucy Fugue, Silver Tongue, Jill-In-Irons, Mama Pentecost, The Nun, Pretty Polly, Flit, Babydoll, and the Secretary all appear, as these different aspects of Jane attempt to wrestle back control from Karen, still played by Guererro.

Jane tries to ignore the others as they banish Karen, and attempts to make the primary personality head back to the surface and restore balance once again. It's a fascinating moment as we learn how the Underground works. While Jane lives on the surface, the rest work to maintain the equilibrium of the Underground. The name of Jane's subconscious isn't just a title as the subterranean wilds of her brain really are an underground railroad. As she heads to the surface she's driven by Driver 8, another part of her who's never reached the surface.

The pair begin to scheme as Jane decides she doesn't want to return to the surface just yet. As the train gets ever closer, Driver 8 offers up an interesting proposition, utilizing its emergency stop. Back in the real world, the rest of the Doom Patrol is desperately worried about their fallen friend, and once again Cliff blames himself. Luckily, Vic has completely embraced the new status quo and suggests they just "shrink themselves, Magic School Bus style," and get in Jane's head.

Though Larry admits this sounds utterly ridiculous, the Negative Spirit thinks it's a pretty good idea, and manages to harness Cliff's brain while taking a miniaturized version of his human body into the Underground. Brendan Fraser gets to play Cliff for the first time not in flashback here, and he's just as great to watch perform as he is at voicing Robotman. He quickly bumps into Driver 8, who's less than helpful but offers to make some calls to help him find the girl he feels ever more responsible for.

In a wild and beautiful part of the Underground, Jane plays within a memory and is joined by the cockney urchin Penny Farthing. The pair's conversation offers up another intriguing insight into the mechanics of the Underground. It turns out that are multiple spaces hosting a multitude of memories, but none of the personalities know who they belong to, which leads Jane on a quest for answers.

While Jane journeys into her mind, Cliff is ambushed by Hammerhead and a new personality known as Driller Bill, who are both less than happy to find him in their sacred space. Jane, meanwhile, has found The Sisters, a three-headed older woman who's something of a fortune teller. But before we can find out what the future holds, Cliff is carted off to jail in which he finds Karen, who's imprisoned for her attempted marriage. Karen misunderstands Cliff's motivations and puts her own strange, twisted romantic spin on it. Speaking of twisted, The Sisters are dedicated to pushing Jane deeper into her own psyche and advise her to go to a place known as The Well. Penny Farthing is hot on her tail, though, as the Underground personalities are getting restless and worried about who's going to take Jane's place if she goes on this fool's errand.

After Karen is released from the Underground's prison, Cliff manages to break himself out and meets Penny Farthing, who enlists him to help her save the core personality. It turns out the Undegound's memories are the quickest way to travel through it. They're also treacherous -- as Jane ventures deeper she sees herself being institutionalized by the white jacketed men we met in "Cult Patrol."

It's in one of these memories that we're introduced to Miranda, the first of Kay Challis' primary personalities, who seemingly came to a violent and dangerous end after seeking out the very same Well that Jane is looking for. As Cliff and Penny venture farther, we see the moment in which Cliff and Jane first met. It's straight out of the comics -- and the show's first episode -- and though it was a pleasant experience for Cliff, the other inhabitants of the Underground saw it as the beginning of the end. Why? Because it was the second Cliff began to give Jane hope, something that threw everything off-kilter in the depths of her mind.

Cliff finally finds Jane, but after an emotional exchange she makes it clear Cliff is not welcome, and that if he really cares about her, he should leave. It's heartbreaking for the man who's come to care for her so much, but Jane is on her own journey and it's one that's haunted by memories of the horrific man who hurt her. In the darkest realm of the Underground, Jane comes across Black Annis, a knife-fingered woman who serves as a kind of gatekeeper. After inspecting the young voyager, she lets her pass. But Cliff refuses to let Jane go on alone.

Jane finds herself in Kay Challis' childhood home. The young Kay is playing with a puzzle in her bedroom, featuring an image of the lake she and Penny Farthing love so much. It's a watershed moment for Jane, as she realizes just how vital that moment, that room, and that trauma were in crafting the world she now inhabits.

As Cliff faces down Black Annis, she slashes his face, unpeeling the robot beneath. Cliff finally accepts the truth -- the reality that he is no longer a man -- which means he's able to pass and follow Jane. As he tears off the remainder of his human face, he shows Annis his true form and she decides that he is a safe presence to allow into the darkest part of Jane/Kay's memories.

In a terrifying turn of events, Jane's father appears made entirely of puzzle pieces, which harkens back to the pieces Mento used to torment Jane in "Doom Patrol Patrol." After the monstrous manifestation tries to eat Cliff, Jane becomes empowered. Furious at the memory of her father, she manages to defeat it through sheer courage and will. Her fear of her abuser conquered, Cliff and Jane return to the surface and the rest of the Doom Patrol, where it seems like something strange has happened. Vic and Rita brush it off "as a long story." And we may well be able to experience it in next week's episode, "Hair Patrol," which will see an iconic Doom Patrol villain make his screen debut.

Yet this episode isn't quite finished... Jane lays on her bed, presumably in a better place. But just as she closes her eyes to fall into a peaceful sleep, she again hears her father's voice. Indicating all isn't fixed in the world of the Underground.

What did you think of "Jane Patrol"? Let us know in our Community!