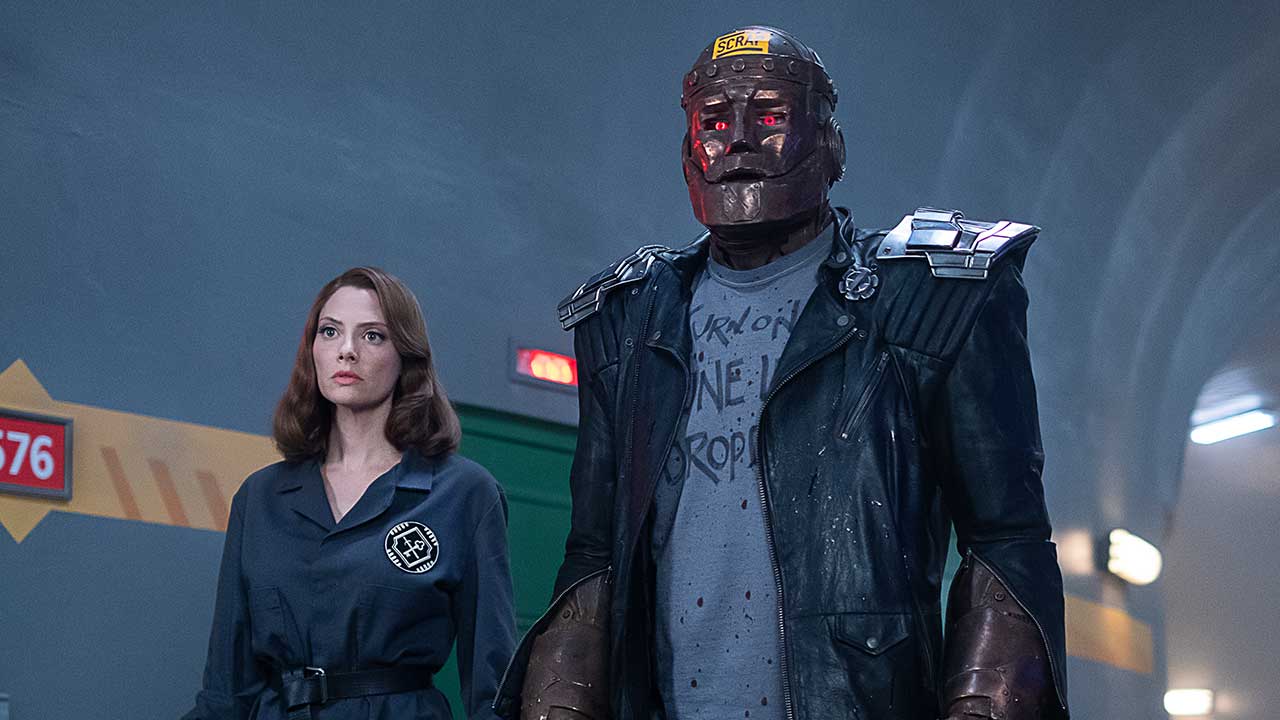 With every episode of DC Universe's Doom Patrol we're getting closer to solving the mysteries of its members and, hopefully, learning the whereabouts of the Chief. This week's exceedingly creepy entry took us into the inner workings the Bureau of Normalcy, and we got some massive reveals about Victor Stone and his newfound family. Here are the five most vital things we learned from "Cyborg Patrol"...

The Bureau of Normalcy is Terrifying

At the end of "Frances Patrol," Cyborg was kidnapped by the nefarious Bureau of Normalcy and viewers finally got a look at the interior machinations of the horrific facility where Darren Jones and his cohorts work. One of the scariest moments was the introduction of the Operators -- orange-suited, cybernetically-enhanced workers who run the Bureau's sprawling campus. Just like Larry before him, Vic is tortured and traumatized by the Bureau, and it isn't long before he's joined by the rest of his motley crew. Once they're inside, each member is accosted by the Bureau, which takes a lot of pleasure in trying to show just how evil they are. Jane is faced with a wannabe serial killer, Cliff is about to get scrapped, and Larry is separated from the Negative Spirit. Darren Jones even tells an anecdote about how he stabbed his wife in the eye with a fork because it didn't match the others on the table she set. Charming!

Silas Stone Is No Bad Daddy 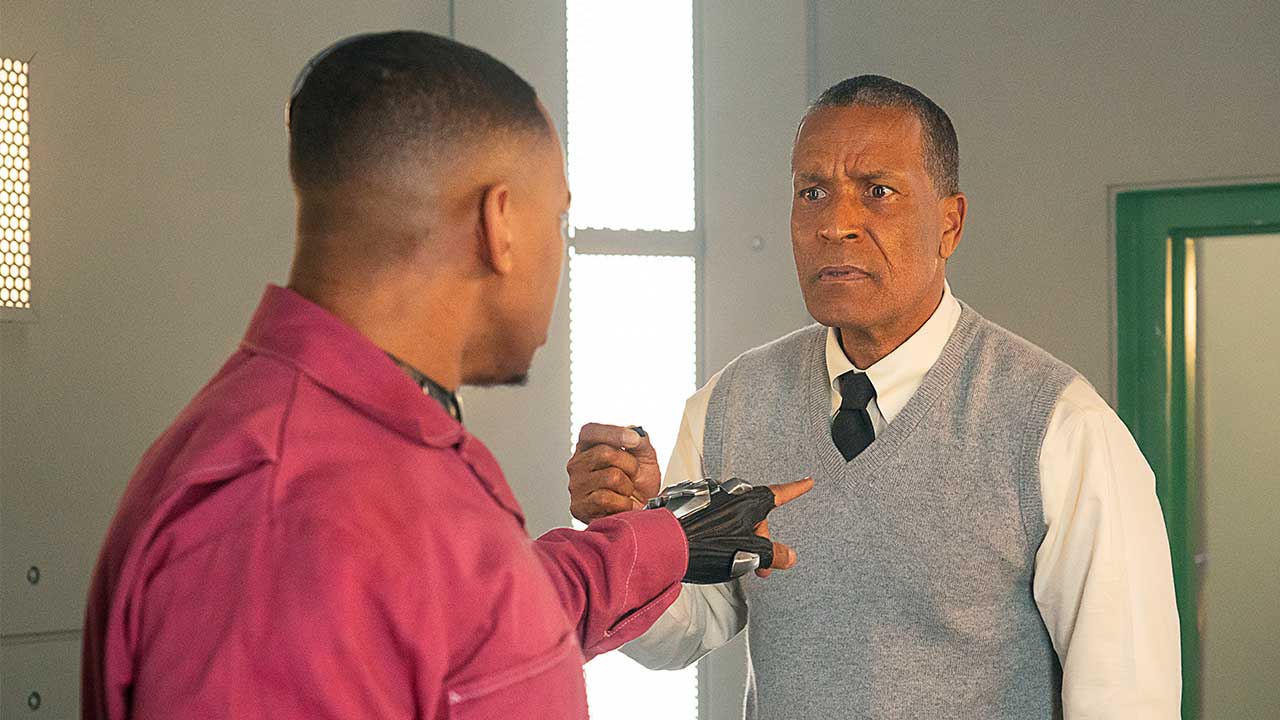 One of the biggest threads going through Doom Patrol has been the potentially sinister machinations of Victor's father, Silas, and in this week's episode, it comes to a head in a devastating fashion. After discovering his son is trapped in the Ant Farm, Silas enlists the Doom Patrol to help him free Vic. The plan is filled with twists and turns that again play on the audience's assumptions that he was a villain. But, in fact, his apparent double crossing was all part of the plan to save Vic. Sadly, though, his son who's been grappling with Grid slowly taking over his brain and body finds it hard to believe Silas is there to do good. After Vic is shown a memory of his father treating him as a test subject, subverting the hero's origin he'd always believed, Cyborg apparently kills his father. Mr. Nobody appears while Vic strikes the fatal blow, revealing he's been in Vic's head all along -- and that some of his memories have been falsified just to mess with the young Patroller. A devastated Victor can barely believe what he's done. And it's finally clear that, though harsh, Silas has been acting in good faith to protect his son all along. 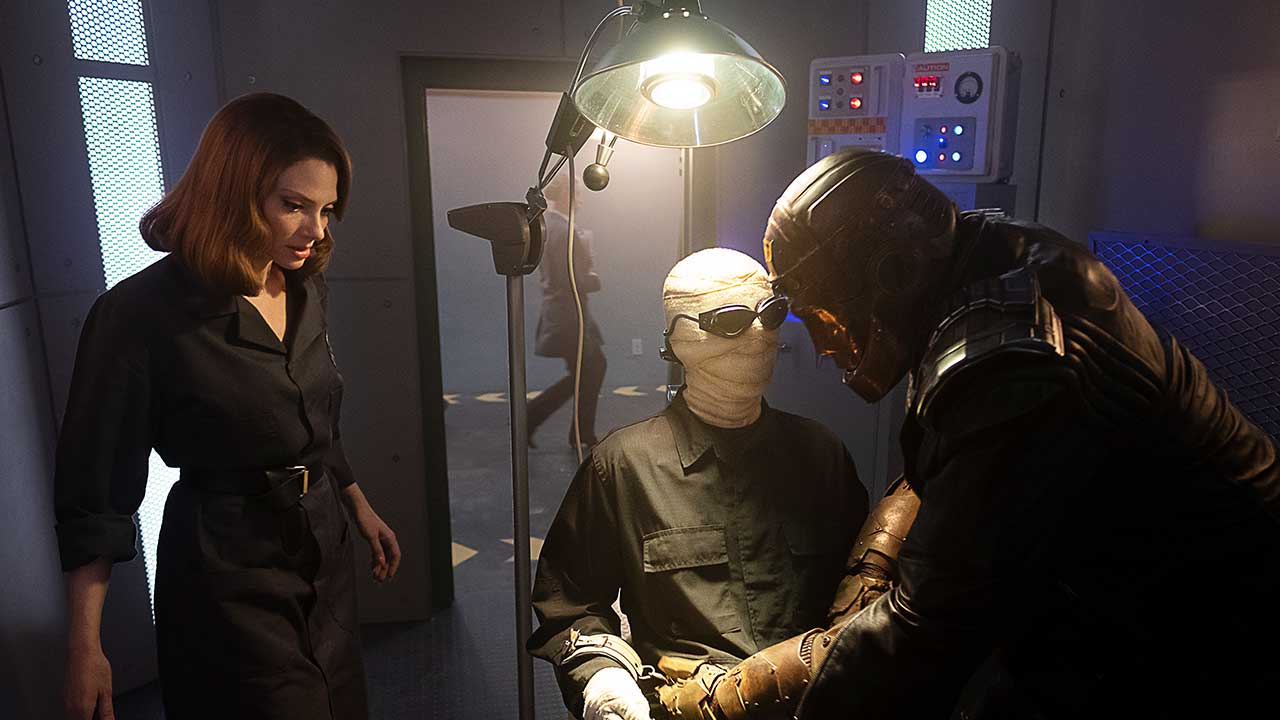 This was the first time that we saw the team truly embrace its heroic side. Despite Vic being imprisoned and mentally tortured by Mr. Nobody, the rest of the team has a truly spiritual awakening as they come together to save the day. Rita's journey from selfish and bitter starlet to avenging angel has been a compelling one, and here she truly comes into her own -- acting as the lynchpin of the team's scheme. Stuffing herself into Cliff's insides, Rita is the key to the team's escape, as once the pair is free they head off to rescue their friends.

Larry has his own moment in the sun after being separated from the Negative Spirit. This is something he's wanted for as long as he can remember. But when push comes to shove, the former pilot picks up the jar containing the mysterious entity and brings it with them, knowing that they're now inextricably connected... It isn't just about the team's own personal journeys, though, as Cliff suggests they save all the other prisoners who are being kept in the Ant Farm; and for once everyone chooses the path of heroism. It's a big moment for our team, and one that will likely define their journey going forward.

Though it's only a brief encounter, this week's episode gives us our first glimpse of the Doom Patrol comic's iconic "Hero of the Beach," Flex Mentallo. While Vic is imprisoned in the Ant Farm, he meets his cellmate, who goes by the moniker 722, his room number. He's been in this room since the '60s, and only allowed out when he went to "serve his country." It's a heartbraking state of affairs. Although we didn't get to see his escape when the Patrol freed everyone from the Farm, it's pretty likely that we may get to see Flex in all his glory in next week's episode. 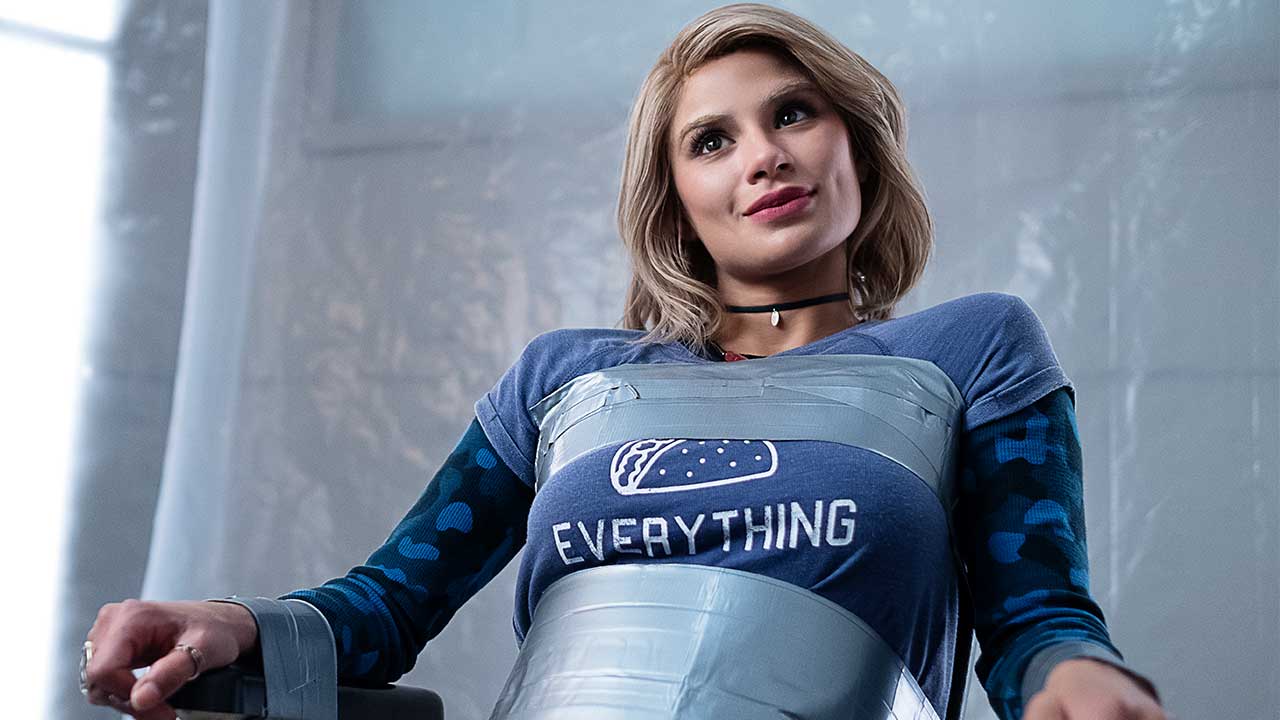 This was an episode stacked with pop culture references, that told us a fair bit about our fave super-weirdos. The first was a bittersweet (given the recent passing of actor Peter Mayhew) timely Chewbacca reference. As the Patrol sinks into the depths of the Ant Farm, Cliff shows his age with a Wookie growl and a little "haven't any of you seen Star Wars?" gag. His cohorts, however, are not in a kidding mood, and it's easy to see why. As soon as they make it into the high-tech lair, they're met by Darren Jones with what looks like a proton pack from Ghostbusters. He's ready to cross the streams and uses the weapon to suck up the Negative Spirit. Then Jane gets stuck with a "Wannabe Dexter," who puts her in his very own murder room while playing Ace of Bass and doing a bad impression of Michael Madsen in Reservoir Dogs.