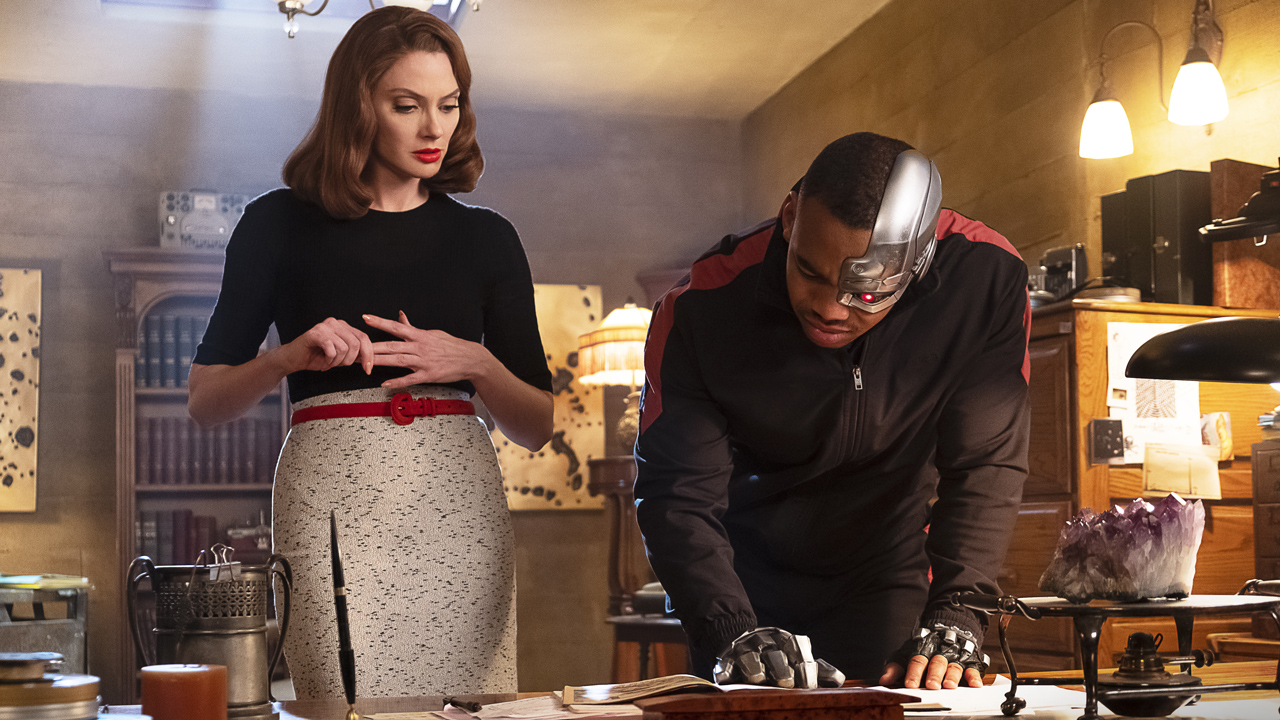 If you haven't yet fallen in love with the World's Strangest Heroes in DC Universe's Doom Patrol, then you haven't seen "Hair Patrol." In the show's latest episode, there's a whole lot to discover and enjoy. Here are the five most vital takeaways...

Niles Caulder Has a Secret Past and a Romantic Side 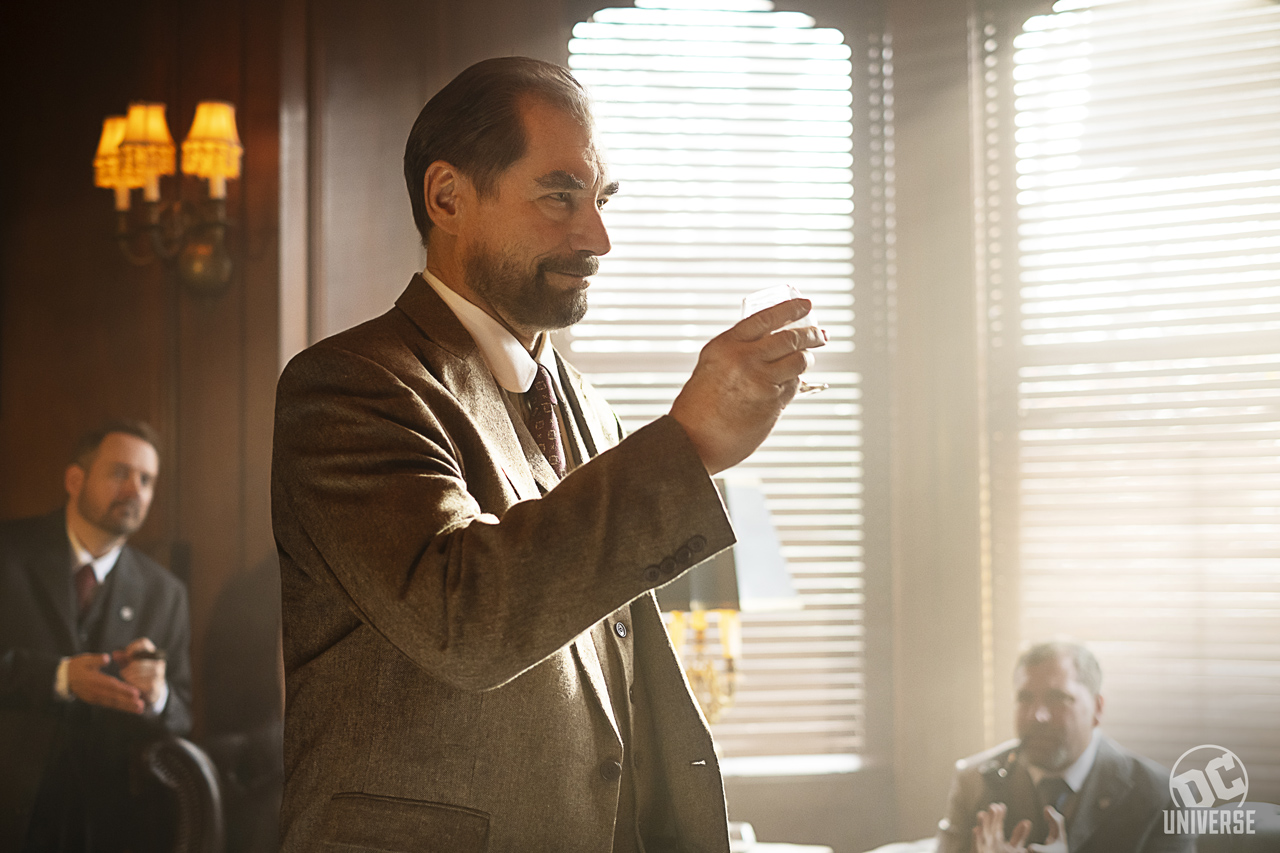 Doom Patrol is, of course, about the superhero team at its center, but this season has largely revolved around the mystery of their missing leader, Niles Caulder. The explorer is a puzzle wrapped in an enigma. And in the 10th episode viewers were given a keen insight into what drives Timothy Dalton's duplicitous patriarch. In the wilds of Yukon, his past is explored in a montage which begins in 1913, revealing that the Chief is far older than he appears.

The key reveal here, however, is the fact that during an exploratory venture in Canada, Caulder fell in love with one of his research subjects. Spanning years, the sequence showcases a massive shift in Caulder's mindset from colonial hunter to protector of the unknown. Niles' passion for the outcasts of society is what brought the Doom Patrol together, and this chilly flashback offers up the origin of his peculiar interest. We also learn the Chief's dedication to the woman who changed his life is still strong a century later, and it's clear that he will do anything to protect her -- even if it puts his new surrogate family in danger.

Beard Hunter Is the Weirdest Villain We've Encountered Yet 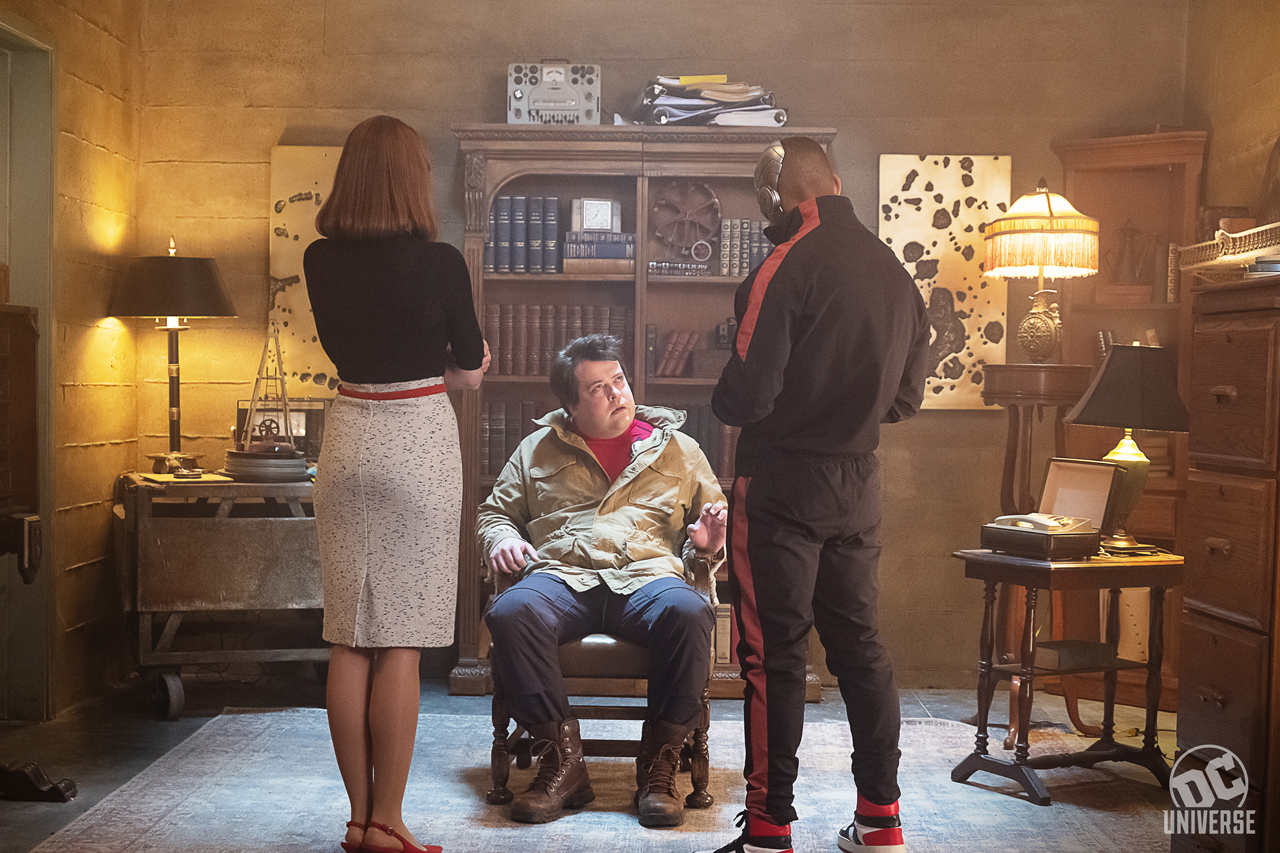 Throughout the team's almost six-decade history, the Doom Patrol has showcased some of the DC Universe's most outrageous and imaginative characters, both heroic and villainous. But in "Hair Patrol," fans meet perhaps the strangest villain of all in Ernest Franklin, a.k.a. the Beard Hunter.

In the comics, Beard Hunter has no super powers. But that's not the case here, as the creative team has bestowed upon him some terrifying abilities. Ernest actually manages to up the show's level of grotesqueness by virtue of the fact that he can imbibe the "essence" -- read that as beard trimmings -- of any person, and track them via their facial hair anywhere in the universe. No matter the time or place. This specific set of skills makes him an asset to everyone looking for Niles Caulder, on both sides of the proverbial aisle. But Ernest, alas, is a super-villain, so for Rita, Vic, Larry, Jane, and Cliff, the Beard Hunter is just another obstacle in their search for the Chief.

The Origins of the Bureau of Normalcy 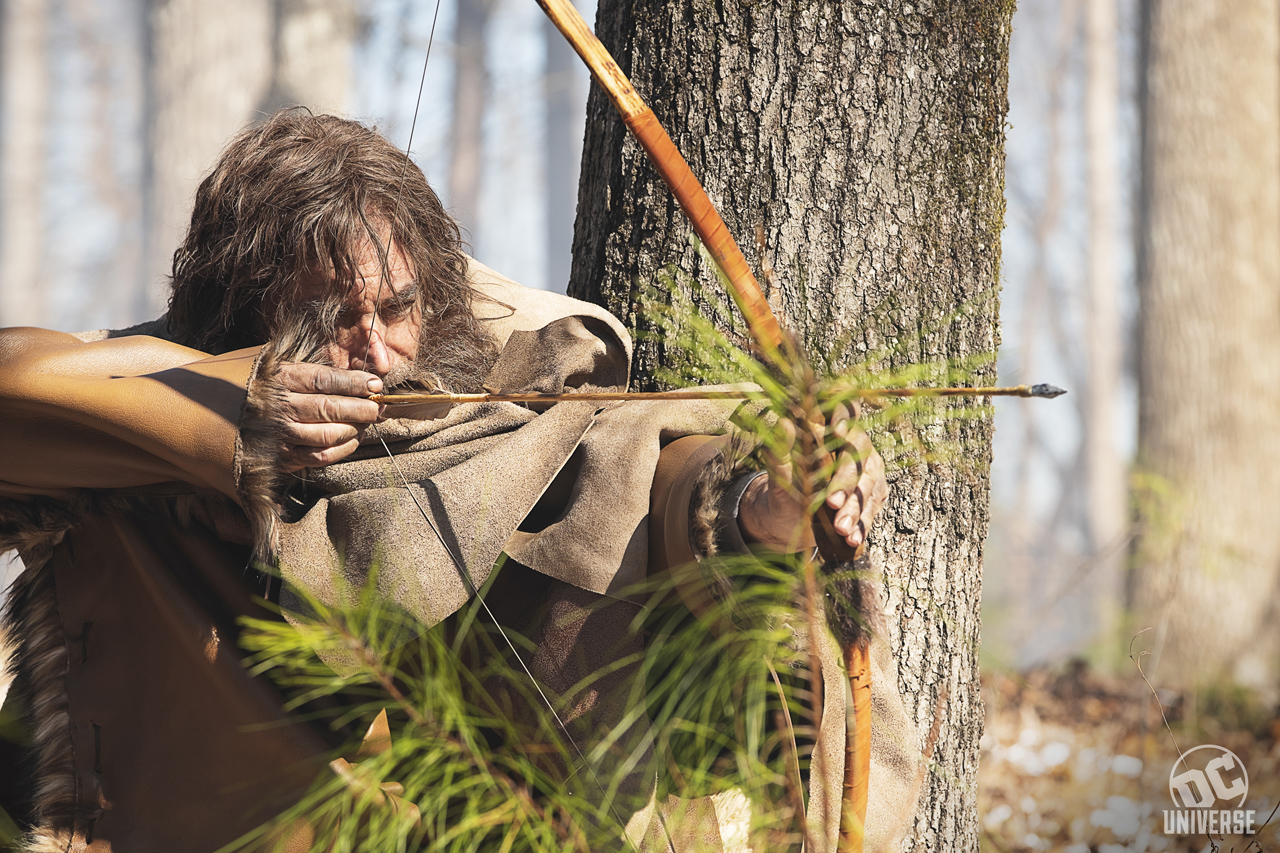 During the psychedelic events of "Danny Patrol," a new foe entered the fray, hunting down the titular sentient roadway. The Bureau of Normalcy also had a history with Larry Trainor, who was tortured by the government agency not only as a result of his powers, but also his sexuality. Fascistic and brutal, the Bureau a world away from the usual antagonists the Patrol faces, but they're easily the most vile.

As it turns out, Niles also has a history with the black ops organization, whose mission is to destroy anything they view as an aberration. Here, however, it's revealed the group first began hunting down so-called "Oddities" to collect, catalog, and learn from them. The so-called Bureau of Oddities was an imperialist force that Niles believed in, and they were the reason he ended up in Canada in the arms of the woman who would change his life. 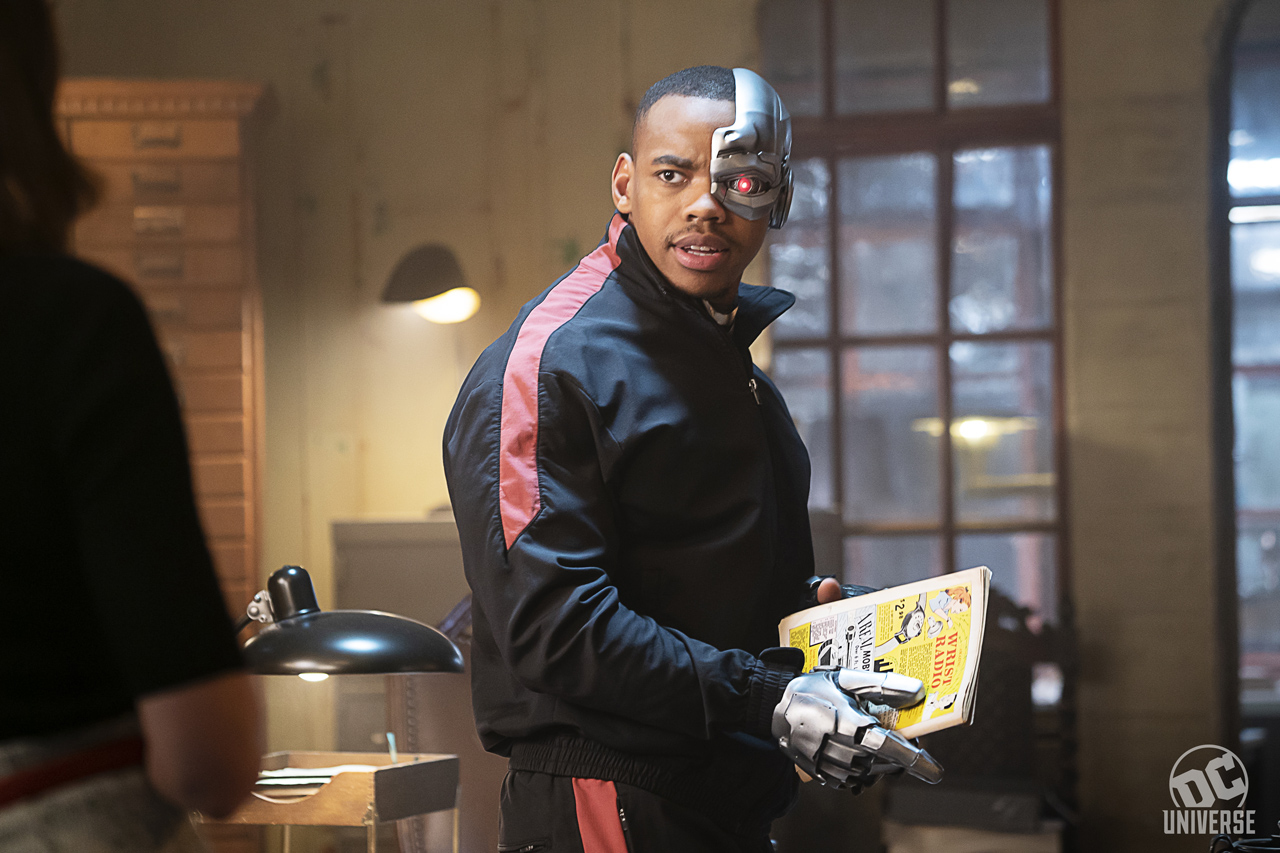 Ever since Jane painted a psychic portrait of Victor Stone killing his teammates and potentially ending the world, the young hero has been understandably distracted. Though it appears he's broken the chains of his controlling father, when Vic has to face down Beard Hunter the freedom he so dearly desired seems to have come at a price.

Despite being the most seasoned hero on the team, Cyborg is having a rough time finding his place in the world, and his ever-growing loss of control isn't helping. Though Ernest Franklin seems like he should be harmless, he eats one of the Detroit native's hairs and suddenly Vic can't harness his own body during their battle, even losing agency over the weaponized enhancements with which his father rebuilt him. The Chief's basement barely survives Vic's arm cannon, but with Rita's help he manages to protect his teammates. Although Beard Hunter escapes... 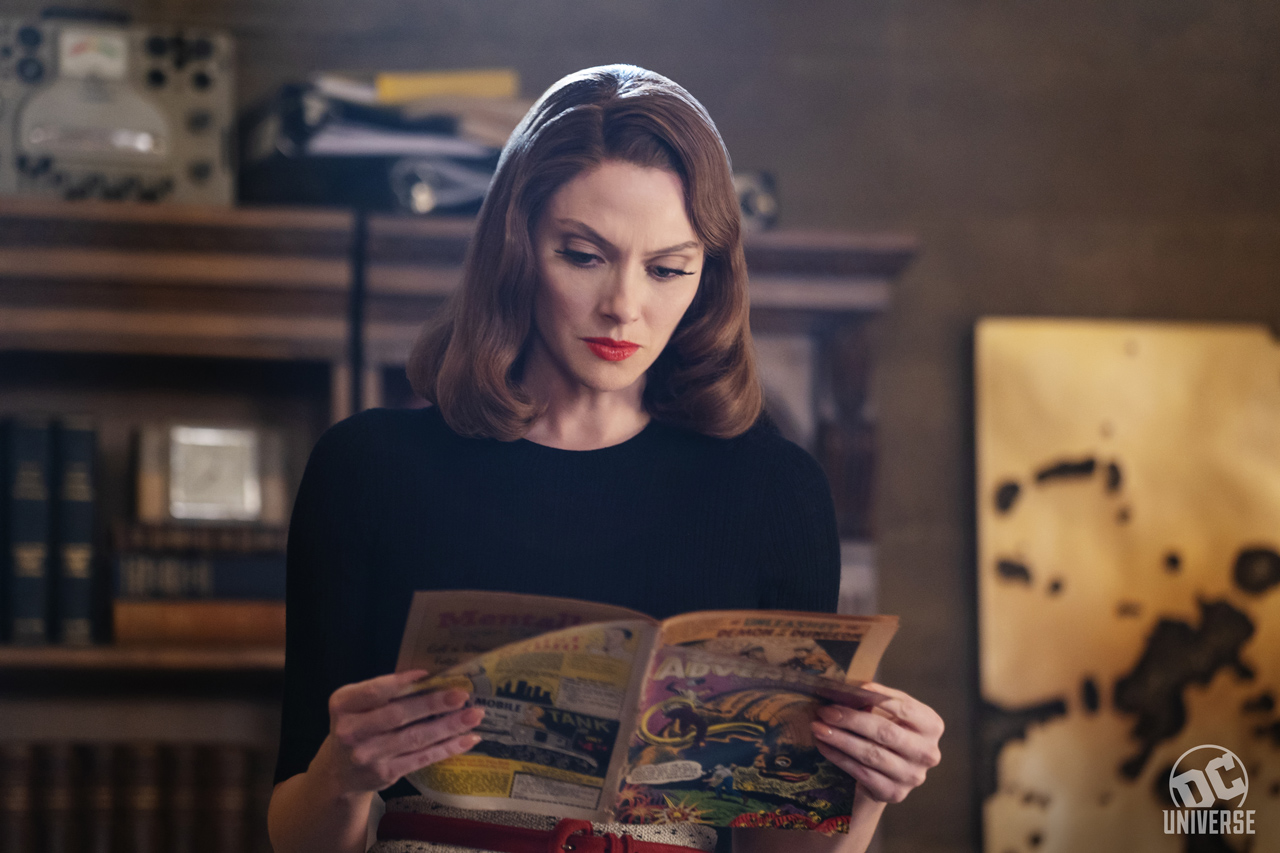 Longtime Doom Patrol fans have likely been wondering when a couple of core comic characters would appear in the live-action adaptation. But as the show moves towards the end of its first season, another of writer Grant Morrison's greatest creations is making his way to the screen.

During a scheme the pair hatch, Rita and Vic flip through a comic, My Greatest Adventure -- the very title the Patrol originally debuted in -- and the former film star notices a "hunk" is missing from the pages of an advert for a cereal known as "Mentall-o's." If you know the origin of the one-time Doom Patroller, Flex Mentallo, it's a brilliant nod to his inspiration -- an old Charles Atlas fitness advert that would appear in comics with the headline, "The insult that made a man out of Mac." The fact that the muscled Flex is missing from his own ad can only mean one thing: we can get ready for "The Man of Muscle Mystery" to appear.