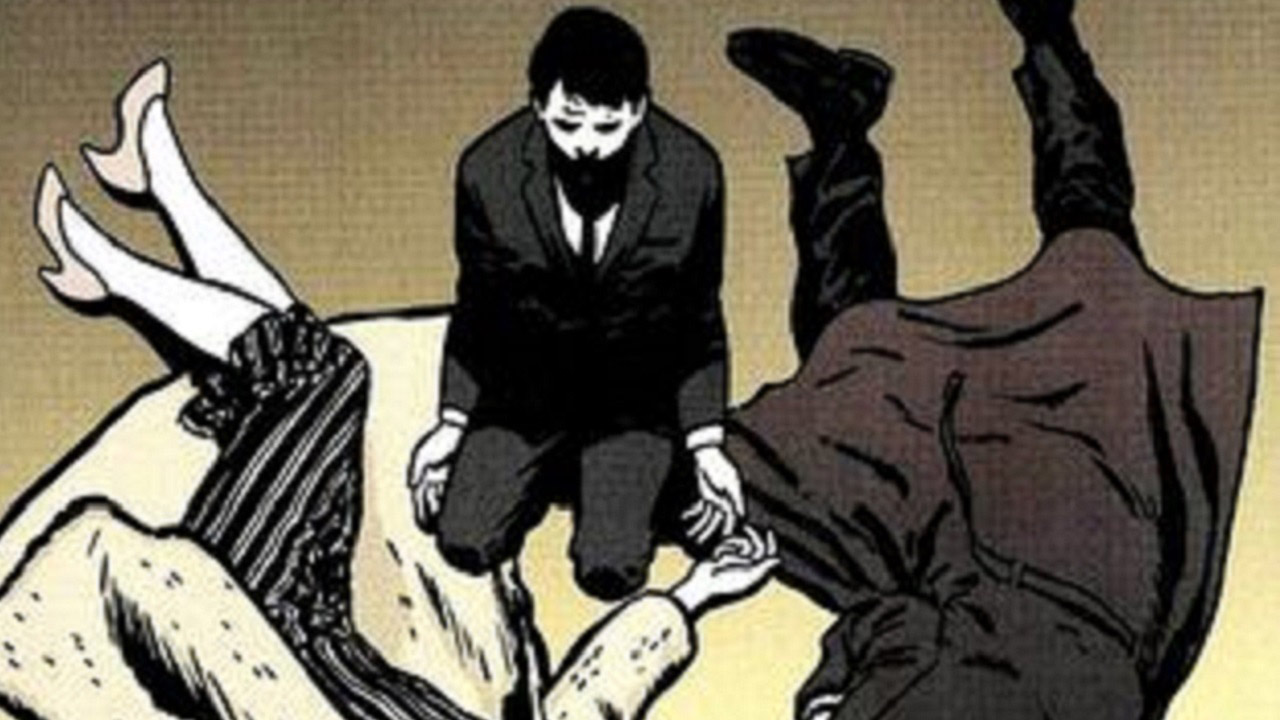 We Rank (Almost) Every Version of Batman’s Origin

How do you make your own Batman? It’s easy, all you need is three movie tickets, a privileged family, and the best training money can buy. The rest usually takes care of itself. This scenario has played out countless times since 1939, as Batman’s origin has been retold for several generations. We thought it might be fun to take a look at the Dark Knight’s greatest origin stories to see how they stack up. Which tale do you think took the number one spot? Read on… 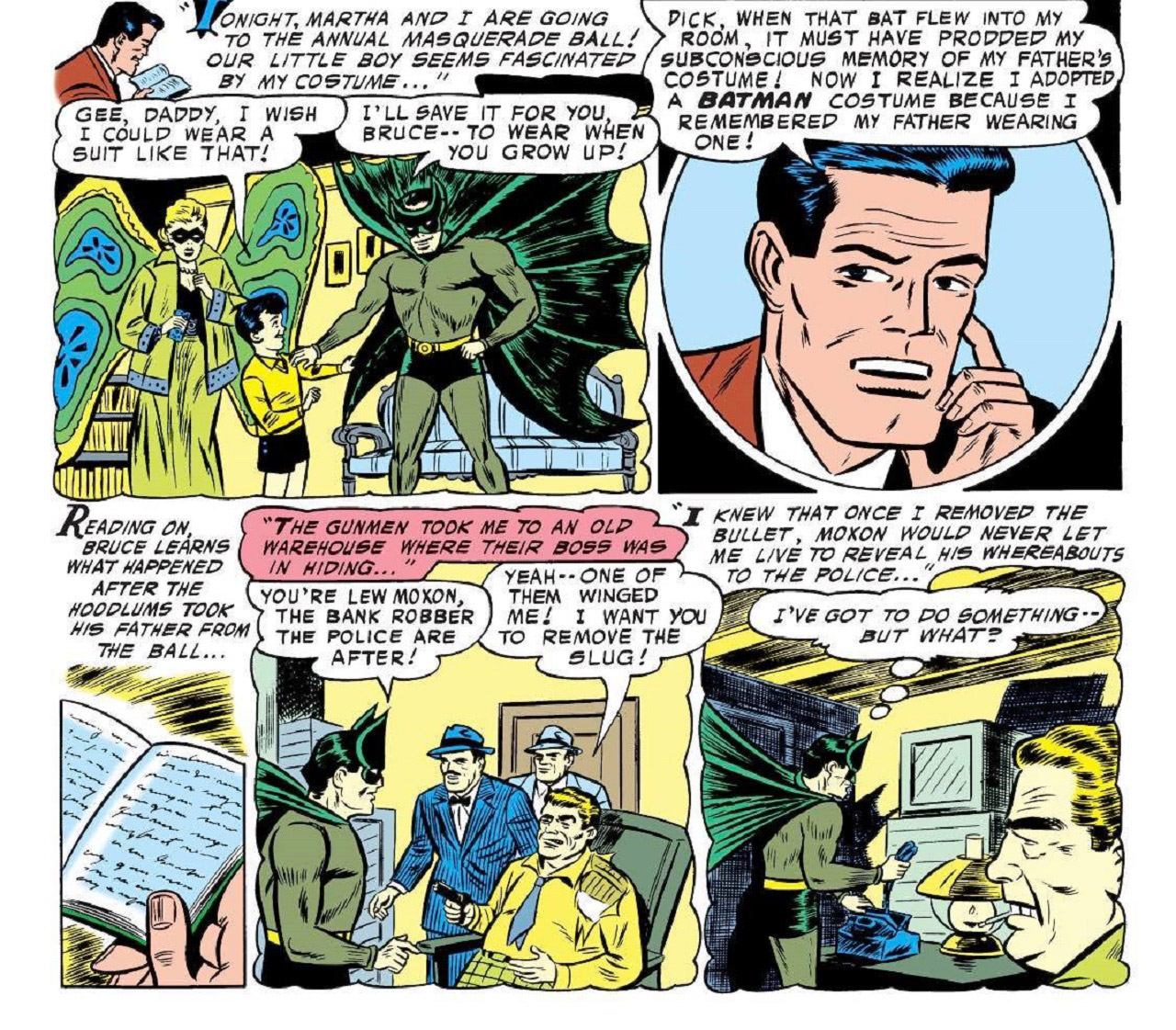 What It Added: This story changed the context of Batman’s origin forever by establishing that the murder of Thomas and Martha Wayne wasn’t a random robbery. It turns out that a mobster named Lew Moxon had paid Joe Chill to take Thomas Wayne out after the physician had helped arrest him years earlier. This issue also retconned Thomas Wayne into being the first Batman – kind of. Look, it did lead to an awesome episode of The Brave and the Bold.

Things To Note: Don’t try to make sense of the timeline in this story, unless you’re in the mood for a massive headache. Preteen Bruce Wayne doesn’t age for over a decade and it’s kind of weird. 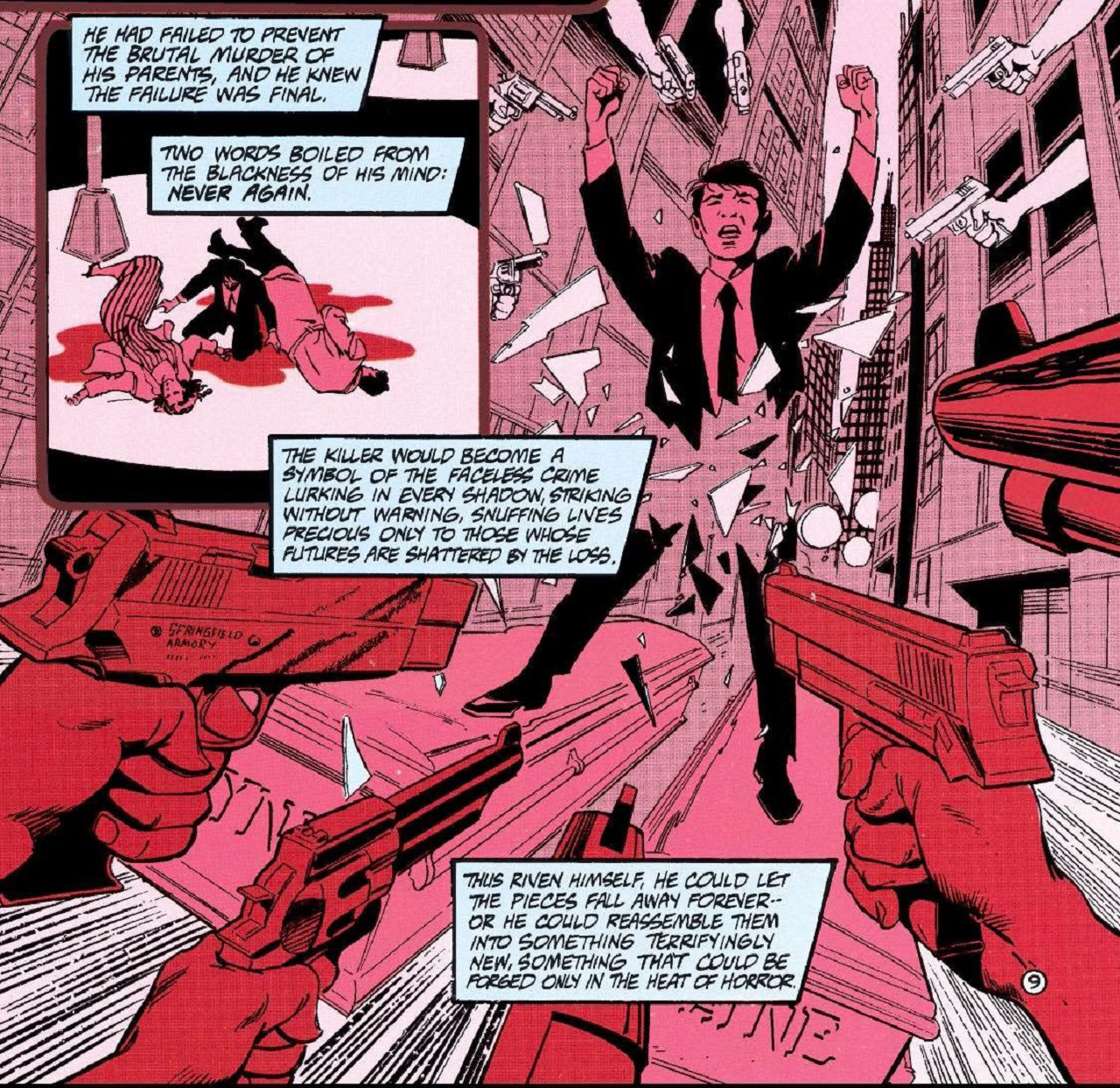 What It Added: This three-part story stays true to Batman’s traditional origin, but removes Joe Chill as his parent’s killer. In this new version of continuity, Batman never found out who killed his parents, leaving him without a sense of closure.

Things To Note: The events of this story lead to "Prodigal," a crossover where Dick Grayson takes on the Batman mantle. 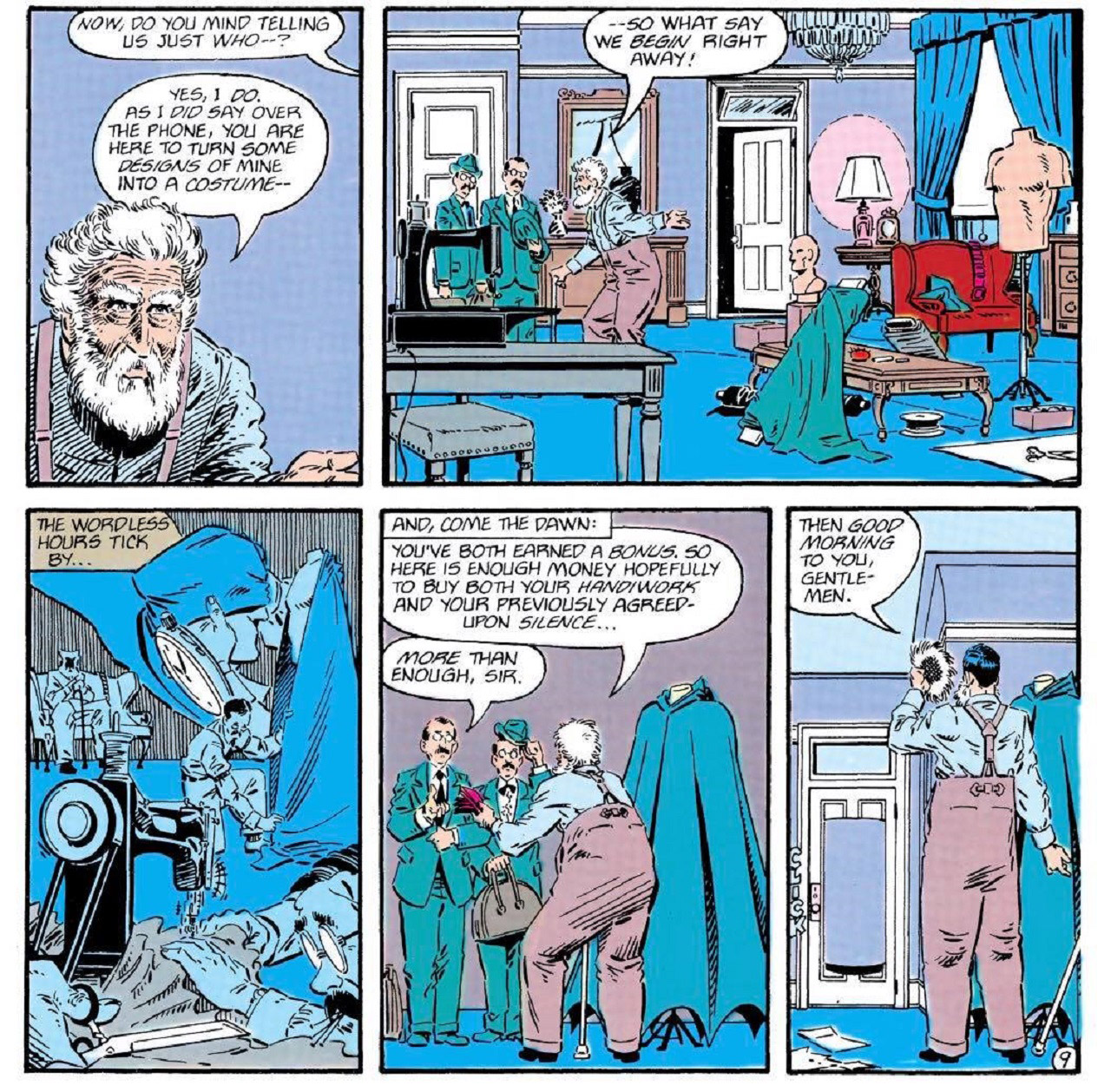 What It Added: This story takes biographical elements from classic Golden Age Batman stories to tell the most comprehensive version yet of the Earth-Two Caped Crusader’s origin. Bruce’s college years are spotlighted and his romance with Julie Madison serves as a major plot point.

Things To Note: This version of the origin establishes that Batman went on his first mission because he got bored waiting for his girlfriend to call him back. Read the story and tell us that we’re wrong. 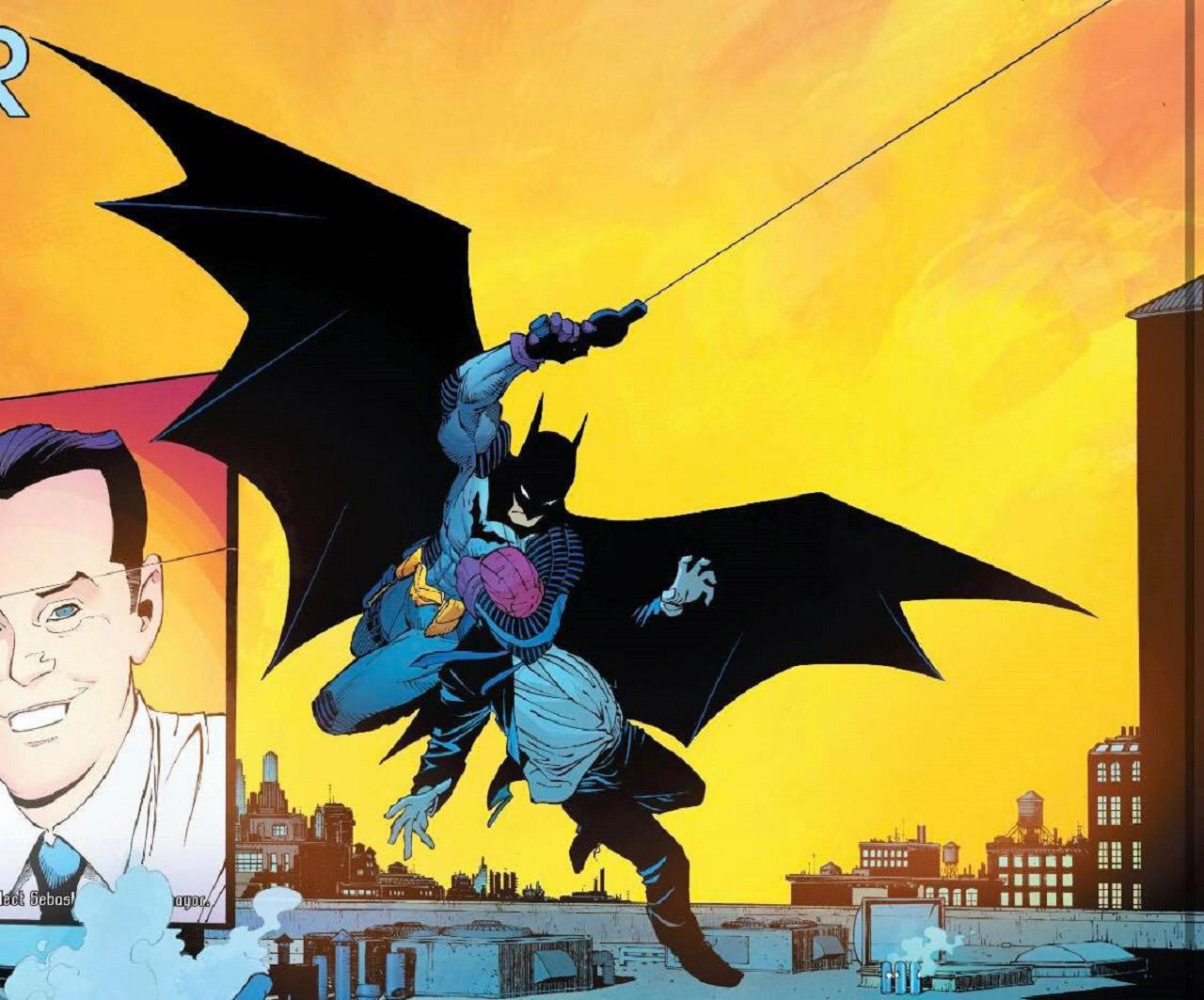 What It Added: Batman faces the Red Hood Gang and the Riddler as his trial by fire. Gotham is turned into a post-apocalyptic wasteland after Riddler cripples the city’s power supply.

Things To Note: Bruce’s Uncle Phillip, an obscure character from the Pre-Crisis days, is brought back and given a prominent role in the story as a morally ambiguous relative.

“THERE IS NO HOPE IN CRIME ALLEY” 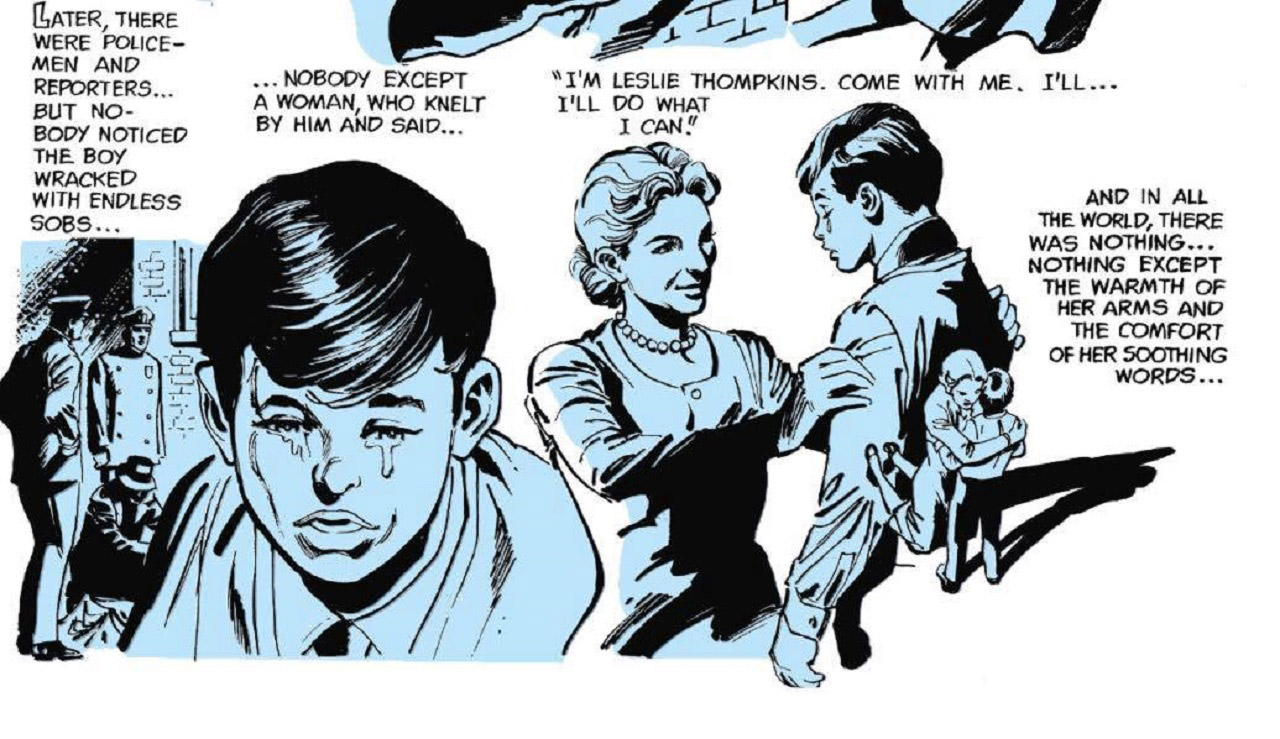 Where To Read It: Detective Comics #457

What It Added: Although this isn’t a full retelling of Batman’s origin, it introduces Leslie Tompkins to his backstory, establishing the kind social worker as the person who comforted Bruce after the murder of his parents. Leslie’s place in Batman’s origin remains important to this day.

Things To Note: This original version of Leslie wasn’t aware of Bruce’s identity, and was slightly older than her Post-Crisis counterpart. 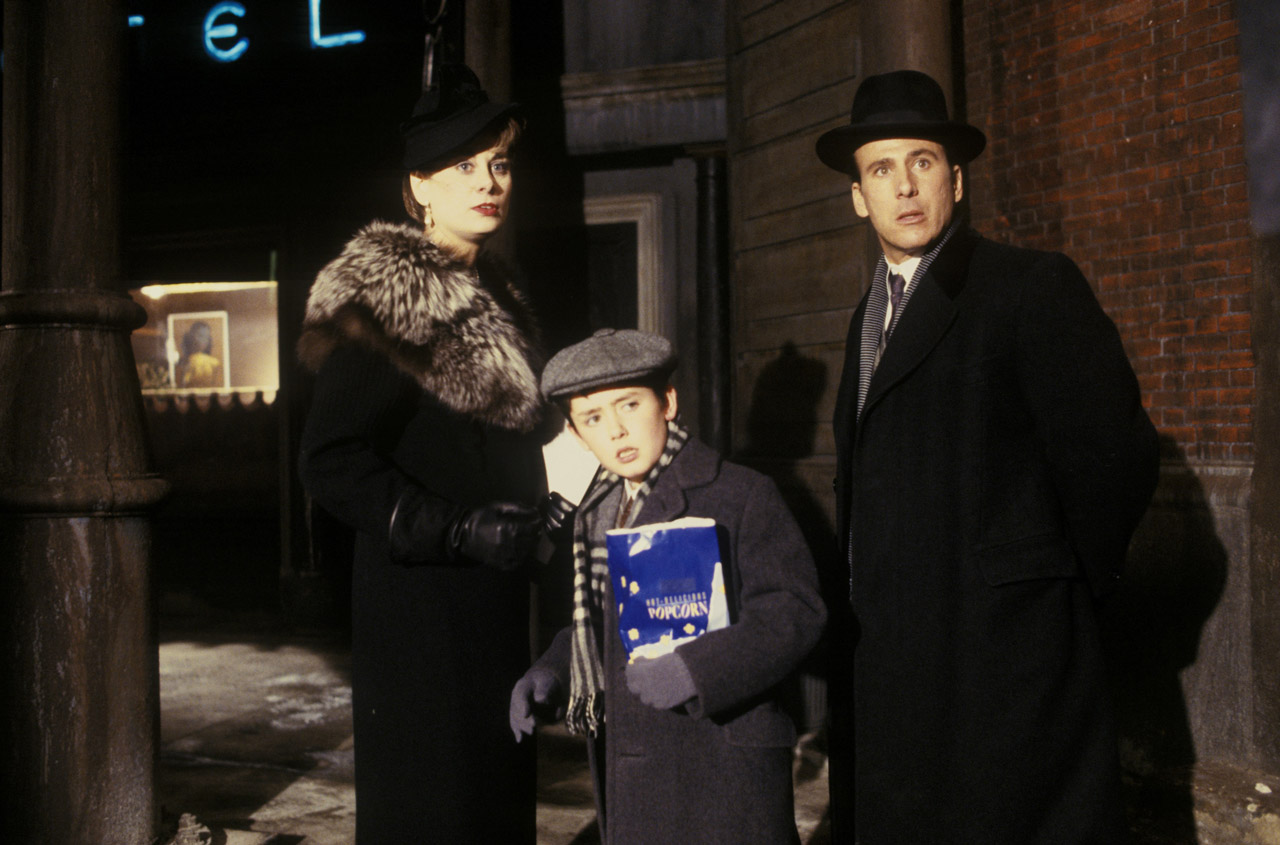 Where To Watch It: Batman 1989 is available to stream on HBO Max. Upgrade your DCU membership to include HBO Max here!

What It Added: This version of the origin got rid of Joe Chill and used the Joker as the murderer of Bruce Wayne’s parents. The change remains controversial to this day.

Things To Note: This is also the first version of Batman’s origin where the Wayne family is held up by multiple criminals at once, instead of a lone gunman.

“THE UNTOLD LEGEND OF BATMAN” 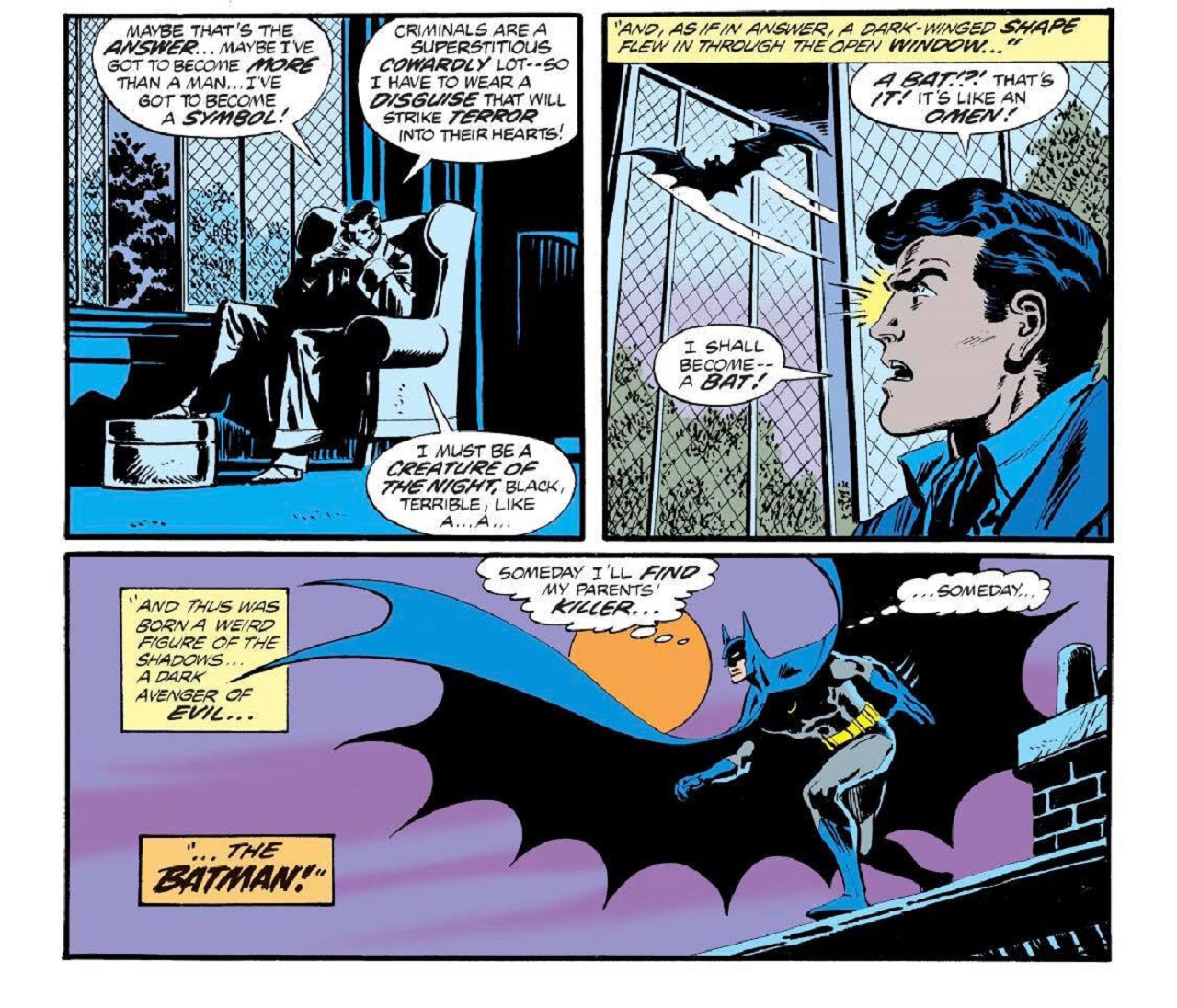 Where To Read It: The Untold Legend of Batman #1-3

What It Added: This is THE comprehensive version of Batman’s Pre-Crisis origin. This adds all the elements from various Silver Age comics, combining them into a cohesive backstory for the Caped Crusader. This even includes some of the sillier elements like Bruce Wayne being the first Robin, and being raised by Joe Chill’s mother.

Things To Note: The premise of the story is Batman catfishing himself. We’re not joking. 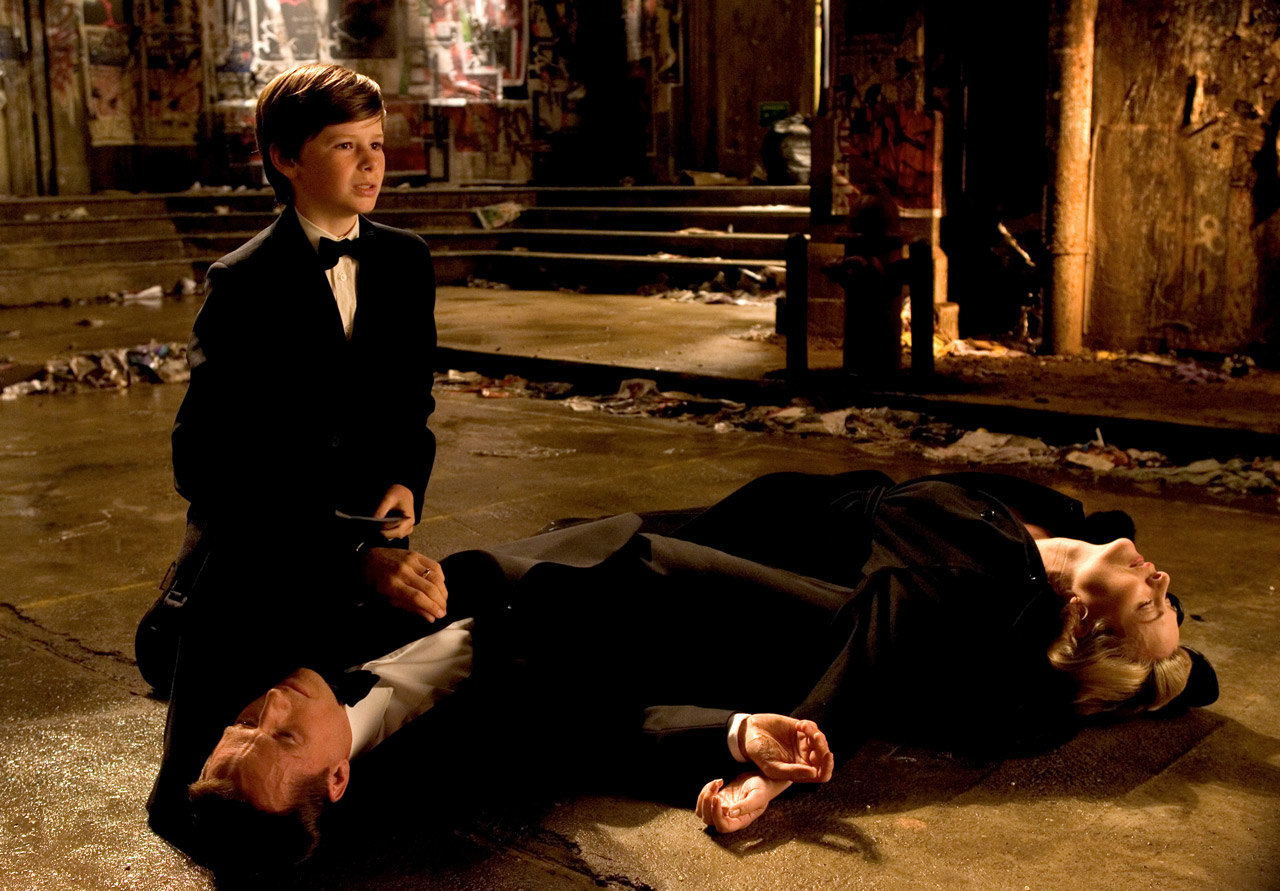 Where To Watch It: Batman Begins is available to stream on HBO Max. Upgrade your DCU membership to include HBO Max here!

What It Added: This movie had the Wayne family attending an opera performance instead of going to the movies. The first act of the film focused heavily on Bruce’s overseas training, and established Ra’s al Ghul as one of the Dark Knight’s teachers.

Things To Note: The idea of Bruce discovering the Batcave by falling into it was first used in Detective Comics #205.

“THE ORIGIN OF BATMAN” 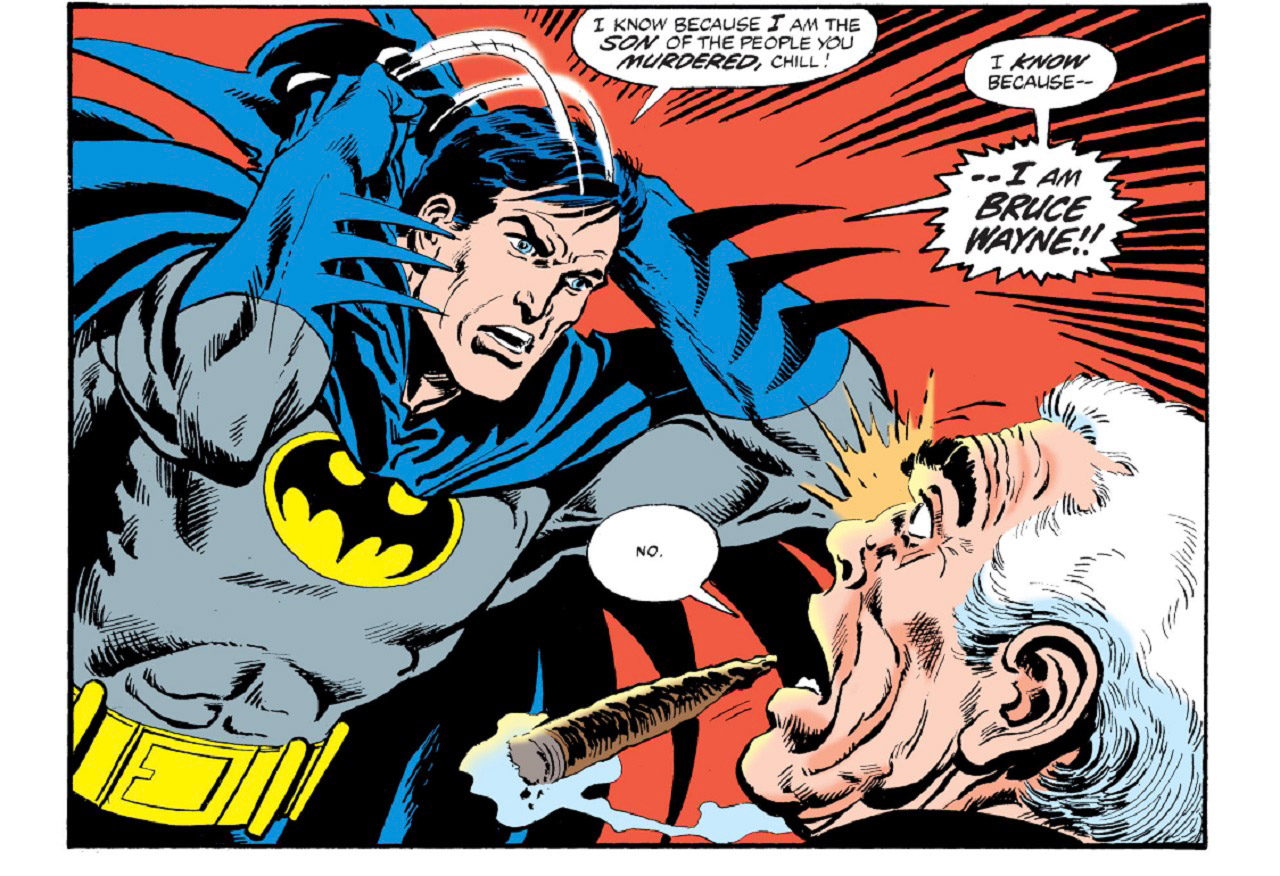 What It Added: This story was the first time Joe Chill was named, and expanded on the original two page Golden Age story.

Things To Note: This story changed Martha Wayne’s original fate, having her die of instant heart failure instead of a gunman’s bullet. The thought of having a mother shot in front of her son was deemed too cruel for comics. This retcon was in place for decades until DEnny O'Neil and Neal Adams returned the fatal gunshot in a flashback sequence in Batman #232.

“MASK OF THE PHANTASM” 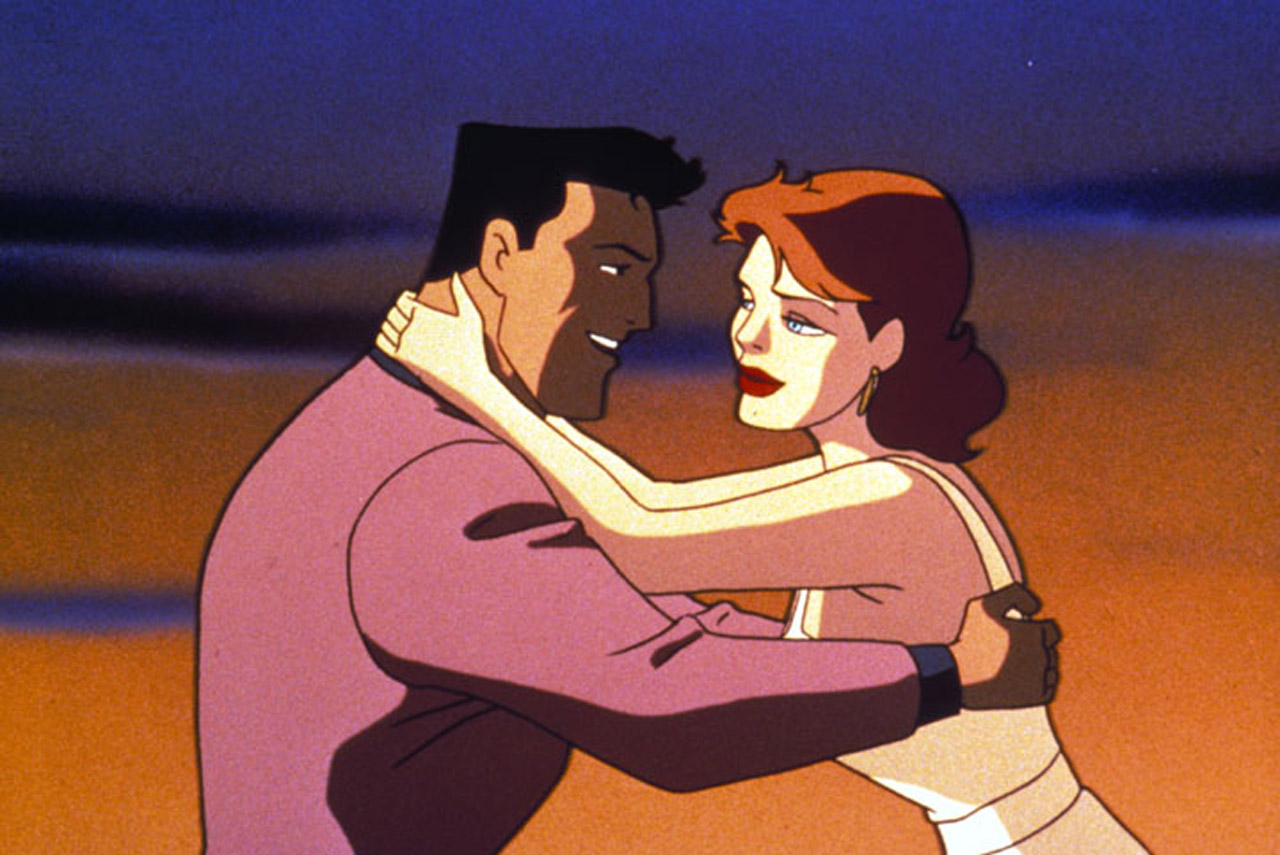 What It Added: After years of training, Bruce almost abandoned his plans to become Batman when he fell in love with a woman named Andrea Beaumont. Bruce struggled with his desire for happiness, and the sense of duty he felt for fulfilling the promise he made to his parents.

Things To Note: Elements of this story were inspired by Batman: Year Two. 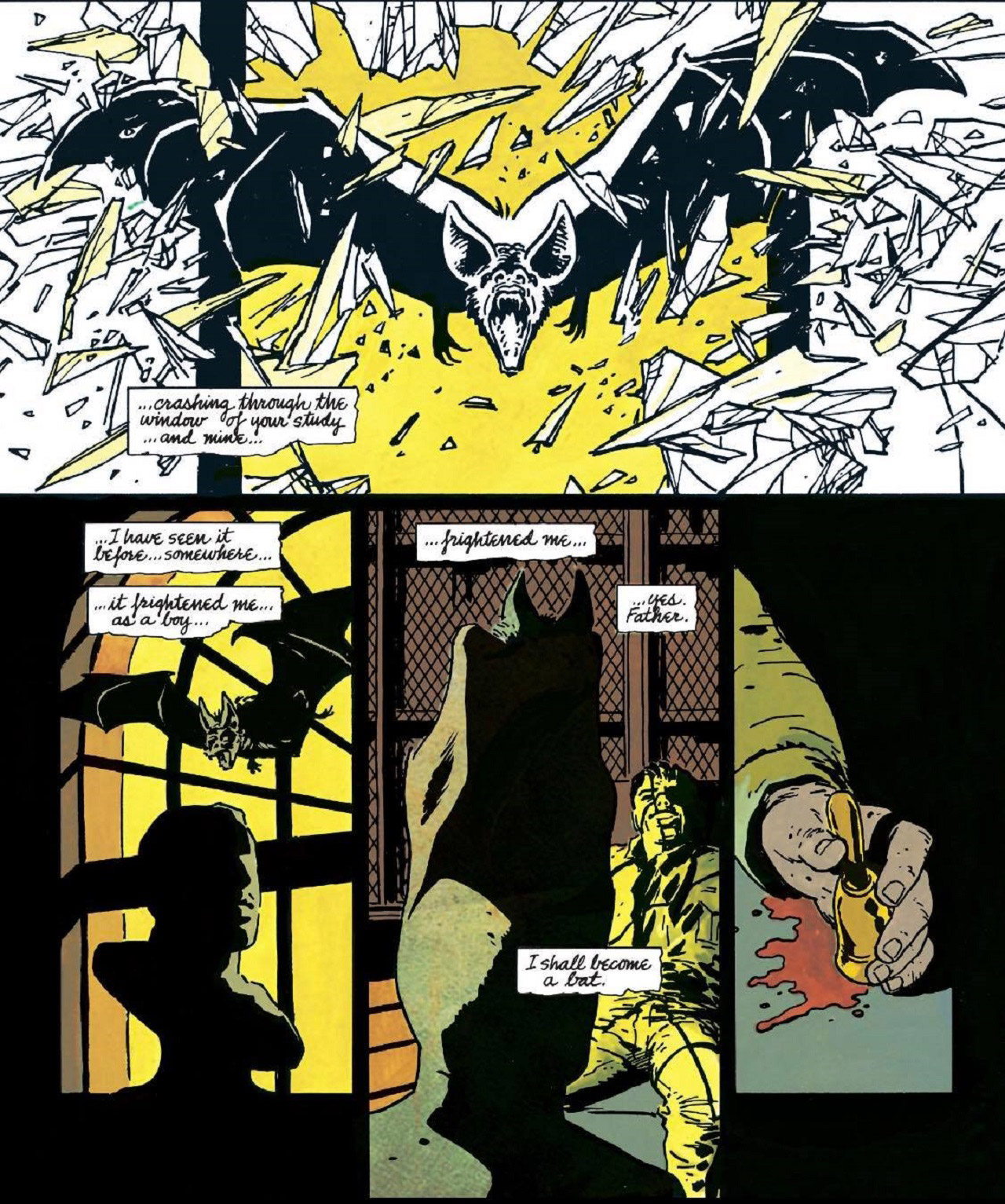 What It Added: This story canonized the idea of Alfred raising Bruce from childhood, and the concept of Bruce traveling the world before his debut as Batman.

Things To Note: In addition to everything it added to continuity, this story is considered one of the greatest Batman comics of all time, and the gold standard for Dark Knight origin stories. 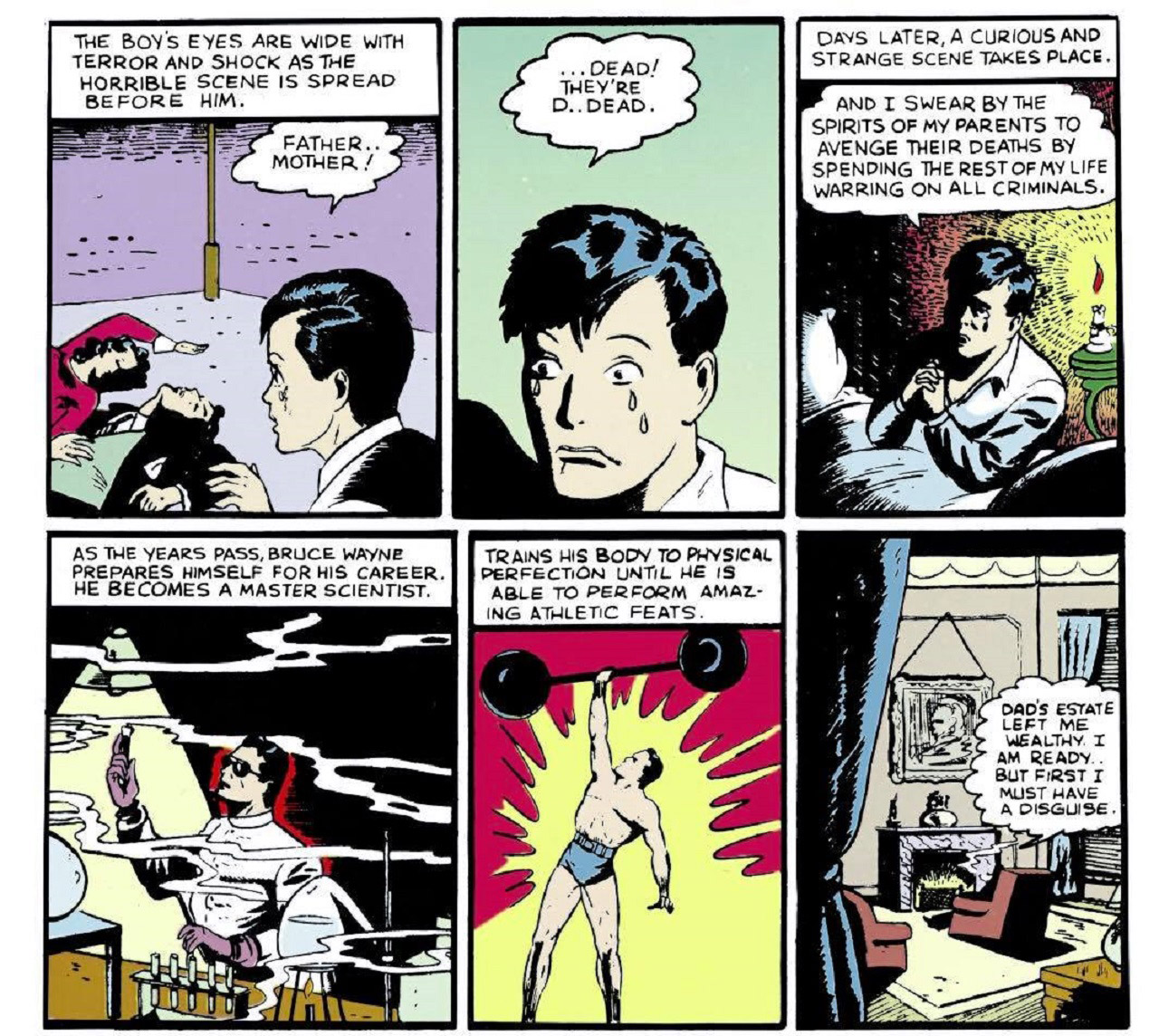 What It Added: EVERYTHING! This story ranks number one on our list because it establishes all the major story elements of Batman’s origin. This is the first depiction of the Wayne murders, Bruce’s training, and a bat that inspired him to strike fear into the hearts of criminals. Although this story is over 80 years old, various retellings have left it largely unchanged.

Things To Note: This iconic story was only 2 pages long! Isn’t that insane?

What is your favorite version of Batman’s origin? Let us know in our Community!