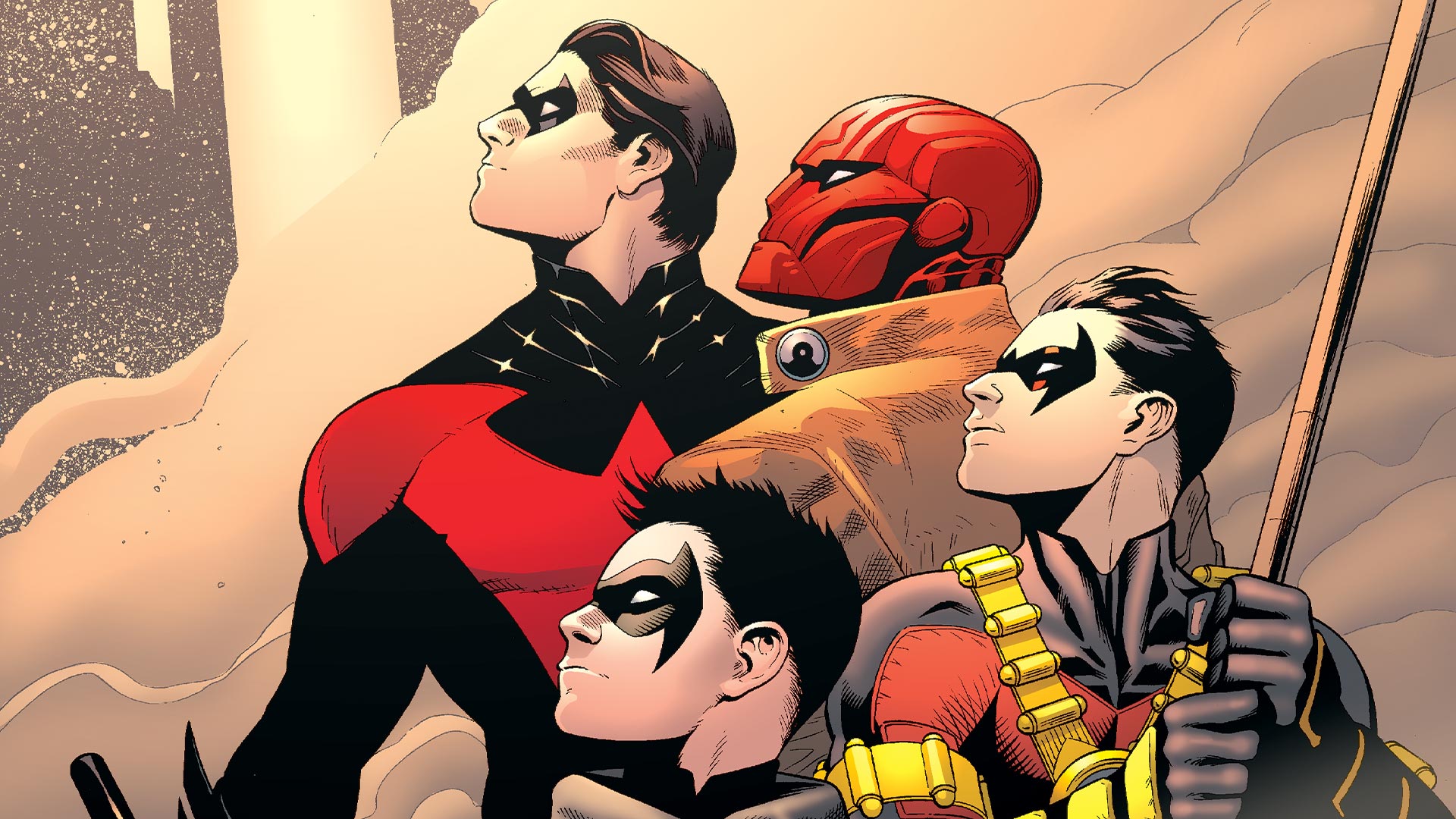 We Rank (Almost) Every Orphan Batman Has Taken In

Some people collect stamps, and others collect Pokemon, but Batman collects orphans. We’re sure you’ve heard some of the jokes before, about how the Dark Knight feels the urge to adopt every orphan he sees. It’s nice that Batman wants to give these children a home and sense of family, but sometimes his choices are a bit peculiar. Lets enter the orphan thunderdome to see how these kids measure up, and find out who will earn the Ultimate Orphan Crown!

ORPHAN ORIGIN: Initially a wacky sitcom misunderstanding caused Dick to believe that Jimmy was being trained to replace him as Robin, but it turned out that Batman was just helping the boy sharpen his criminology skills. Despite evidence to the contrary, Batman was never going to add Jimmy to his roster of orphans. That being said, Jimmy’s parents were suspiciously absent from the story.

ORPHAN ABILITIES: Jimmy is blind, but he uses his keen sense of smell and touch to solve difficult mysteries.

DEMERITS: Jimmy’s presence broke Dick’s heart, and made him feel like he was being replaced. And seriously, where are Jimmy’s parents?

ORPHAN ORIGIN: Freddy surprised Batman one day by secretly taking Robin’s place. He claimed that his father was a former Olympic athlete who trained him.

ORPHAN ABILITIES: Freddy was a great gymnast, and a skilled acrobat. Of course, there’s a good reason for that…

DEMERITS: FREDDY ISN’T A REAL PERSON! It was Dick Grayson in disguise the entire time. It turns out that Dick was just catfishing Bruce for….reasons. Why? Who does that?!

ORPHAN ORIGIN: After witnessing a robbery, John Vance was briefly taken in by Batman, who hoped that the youth could help him identify the criminals. John’s parents were “away,” so Batman took him to the Batcave, and trained him to be Batman Junior.

ORPHAN ABILITIES: Vance had a sharp memory, and was a skilled athlete.

DEMERITS: This whole situation feels weird. John’s parents were “away” and he just decided to run off with Batman. And Batman was okay with calling dibs on someone else’s kid? Was he that desperate to collect another orphan? 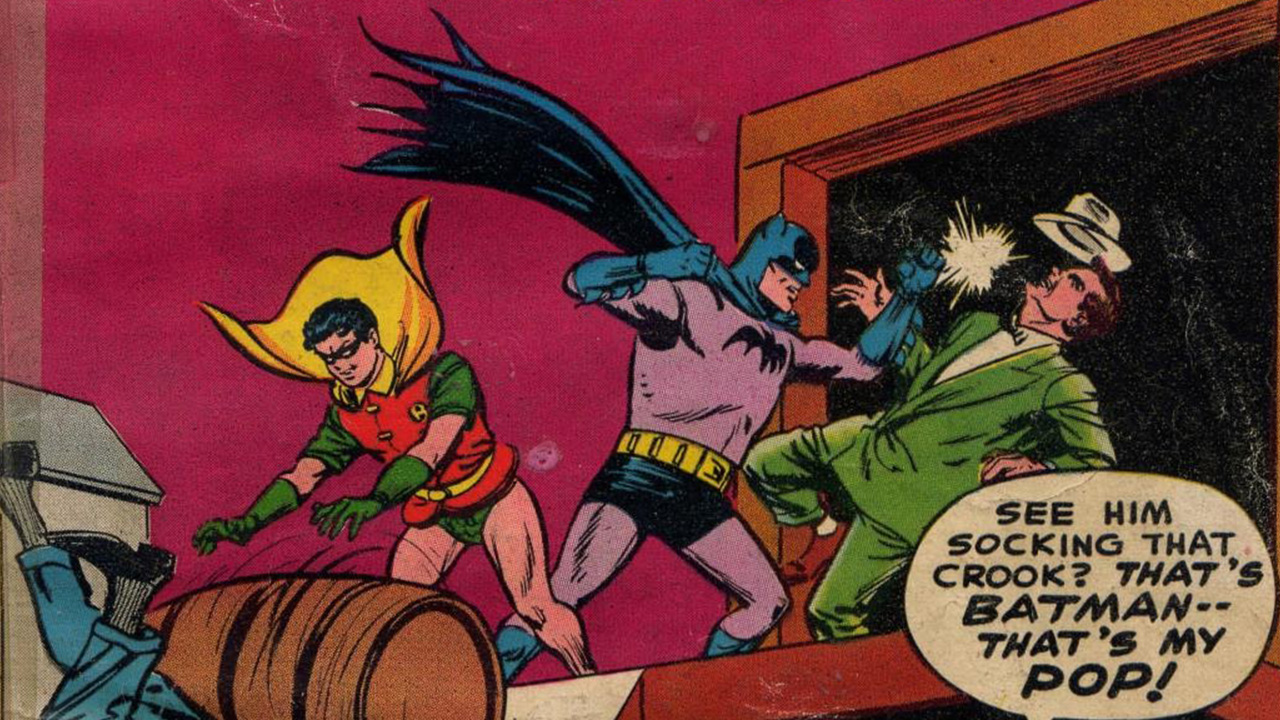 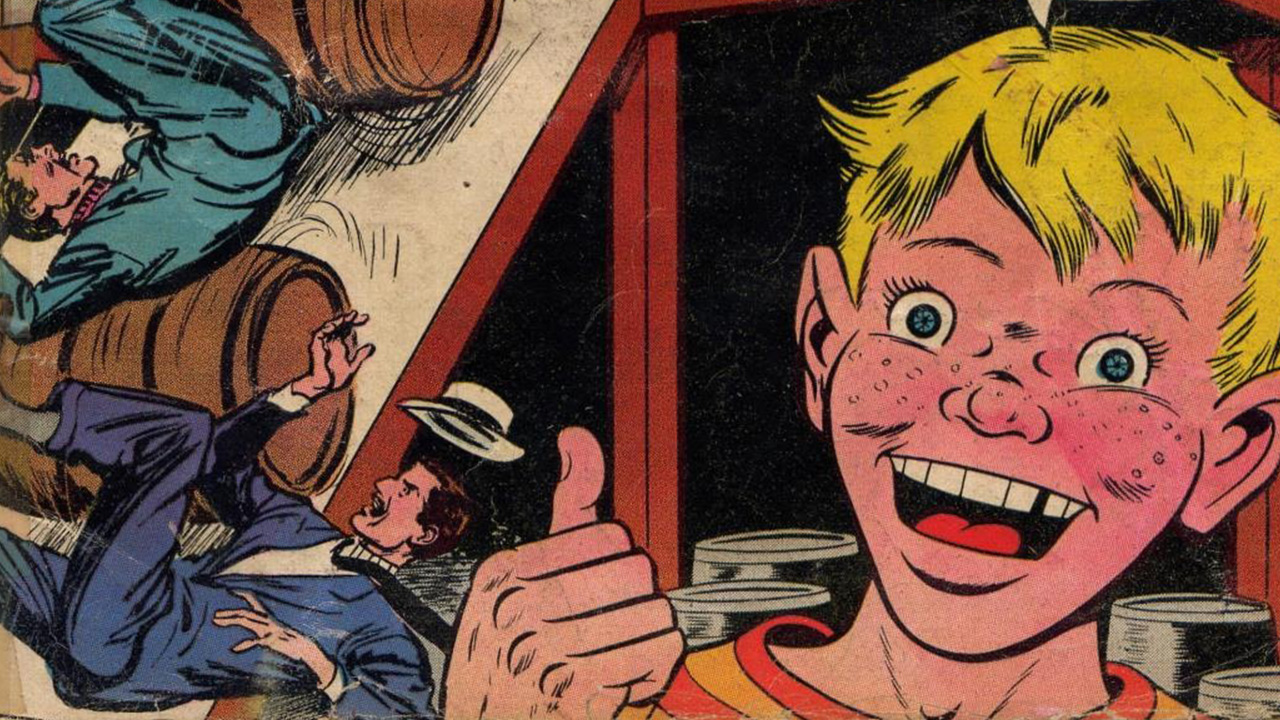 ORPHAN ORIGIN: Tommy’s father was killed while pretending to be Batman, so the Caped Crusader decided to step in and pretend to be Tommy’s father so he could cushion the traumatic blow. It’s kind of messed up to keep his father’s death a secret and impersonate him, but Batman has unconventional methods. It later turned out that Tommy’s father survived, so father and son were reunited, and Batman never mentioned this odd chapter again.

ORPHAN ABILITIES: While he was captured, Tommy was able to improvise MacGyver style and make his own batarangs out of paper.

DEMERITS: Tommy spends a third of his only appearance in bed sleeping. Not a very exciting orphan. 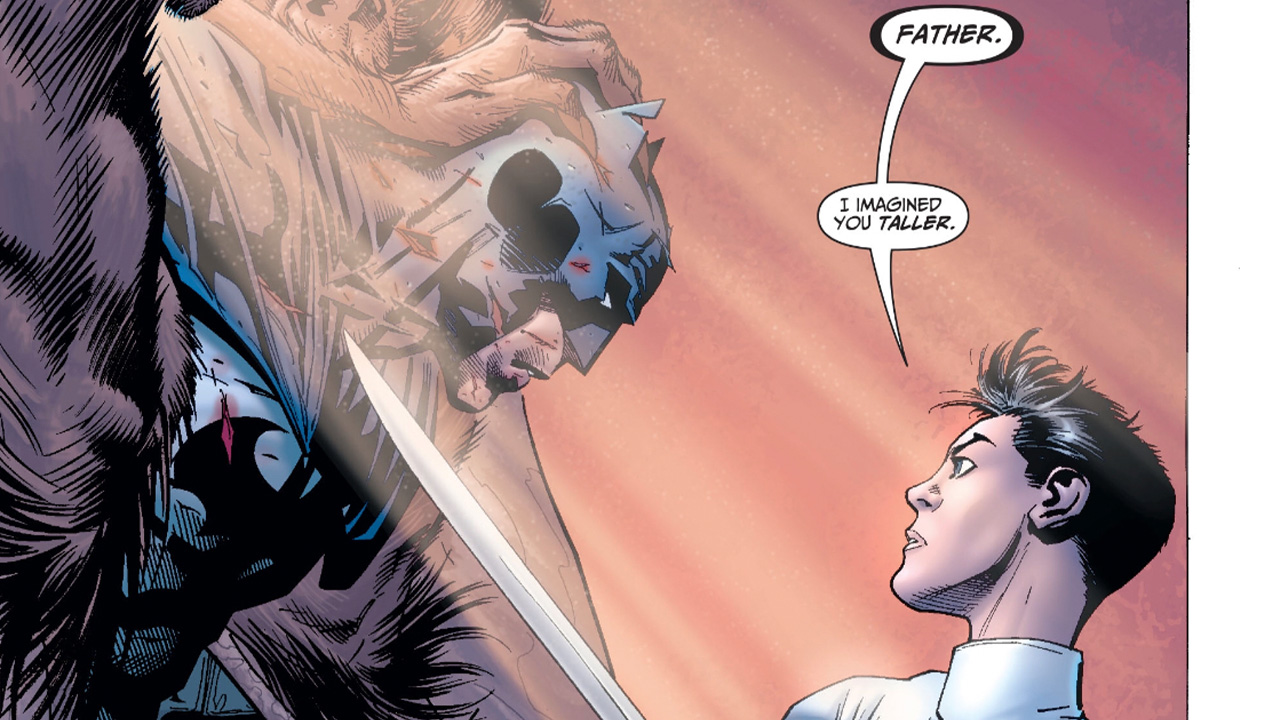 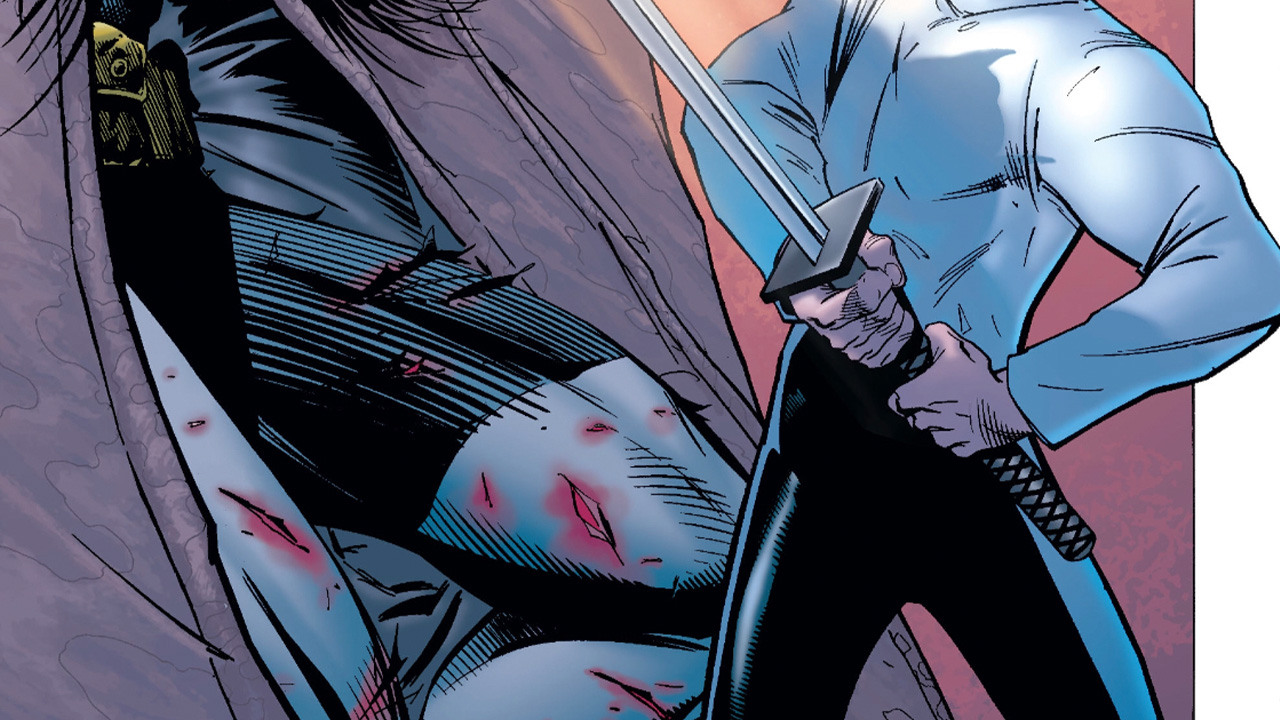 ORPHAN ORIGIN: Both of Damian’s parents are alive, so he’s not technically an orphan, but no list of Batman’s children would be complete without including him. Damian is the son of Batman and Talia Al Ghul, who was trained to be the ultimate fighting machine.

ORPHAN ABILITIES: Some people say that Damian’s martial arts skills are his greatest weapon, but we think it’s his ruthless nature. He has a sharp tongue and loves to point out everyone’s flaws. Feelings, prepare to be hurt!

DEMERITS: He’s come a long way from the arrogant boy readers met in Batman and Son, but he could still use a bit of modesty. 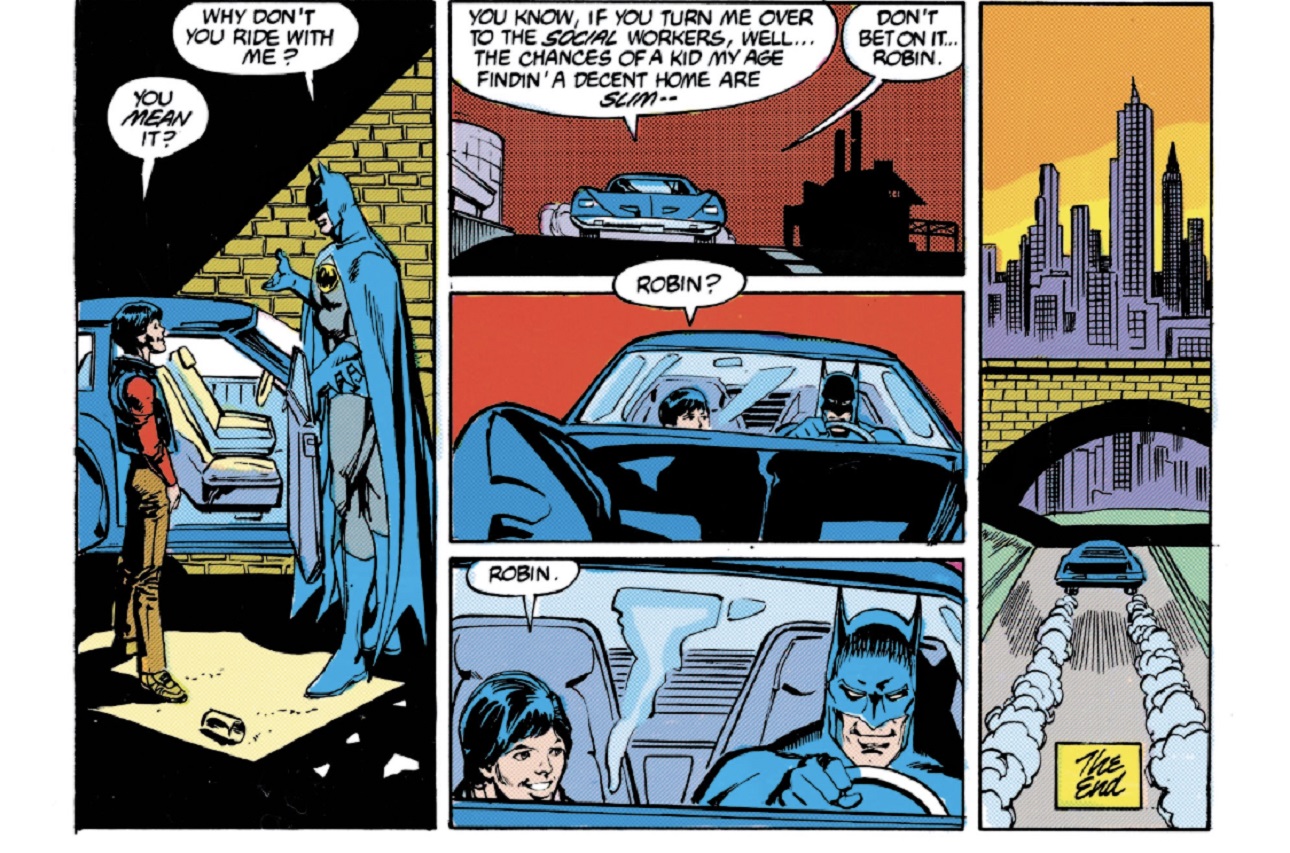 ORPHAN ORIGIN: Poor Jason became an orphan twice in two different realities! The Pre-Crisis versions of his parents were fed to crocodiles by Killer Croc, and his Post-Crisis father and mother were criminals who were killed by Two-Face and the Joker. Can’t a kid catch a break?

ORPHAN ABILITIES: Jason is a survivor who possesses uncanny street-smarts. He was also recently voted the most sexiest man in the DC Universe.

DEMERITS: He went a bit crazy during Battle for the Cowl and tried to kill his “brothers.”

ORPHAN ORIGIN: Tim kind of moved in with Bruce Wayne while his parents were traveling around the world, and they were too busy to notice. Tim’s mother was later killed by the Obeah Man, and his father was murdered by Captain Boomerang, making Tim an orphan.

ORPHAN ABILITIES: Tim is probably the greatest detective out of all the Robins, and is regarded as one of the greatest geniuses in the DC Universe.

DEMERITS: His current codename is Drake, which doesn’t do much for his secret identity. 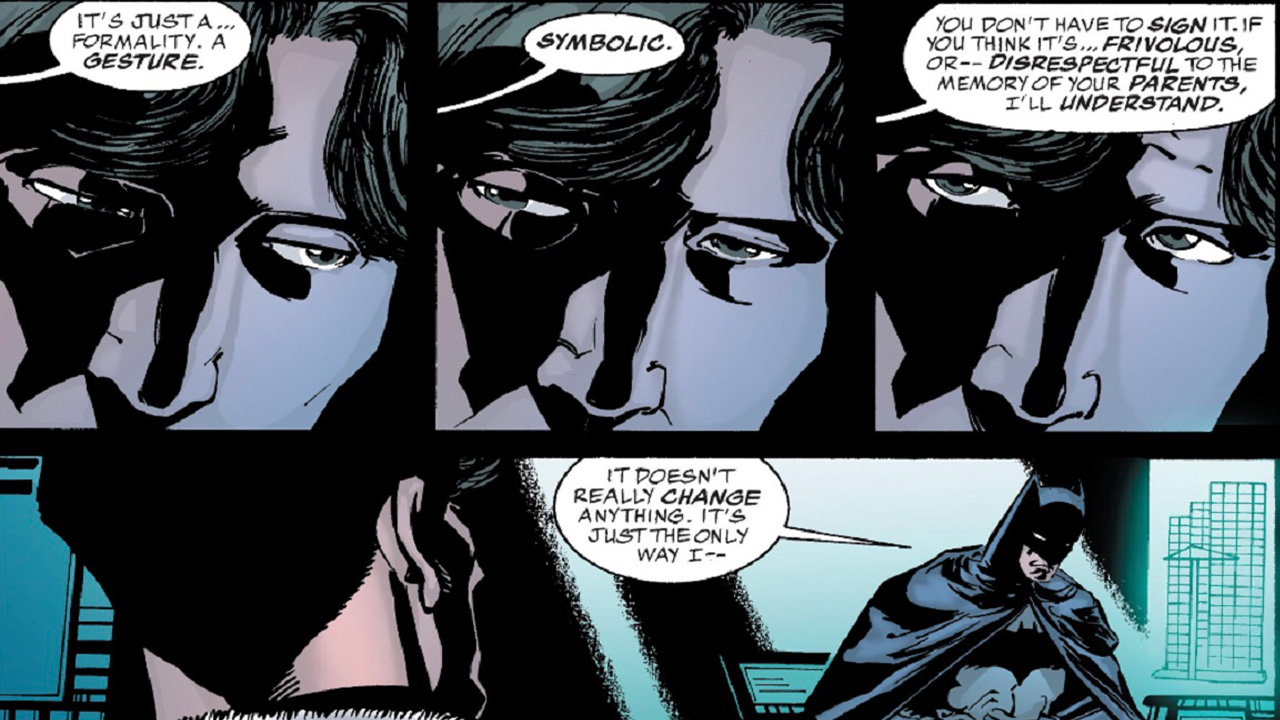 ORPHAN ORIGIN: Dick’s parents were circus acrobats who were killed during a sabotaged performance. Bruce took Dick in as his ward, and later formally adopted him as an adult in Batman: Gotham Knights #17.

ORPHAN ABILITIES: Many have argued that Dick’s greatest asset is his rock hard body.

DEMERITS: We are not overlooking the fact that Dick developed the identity of Freddy Loyd to catfish Bruce. 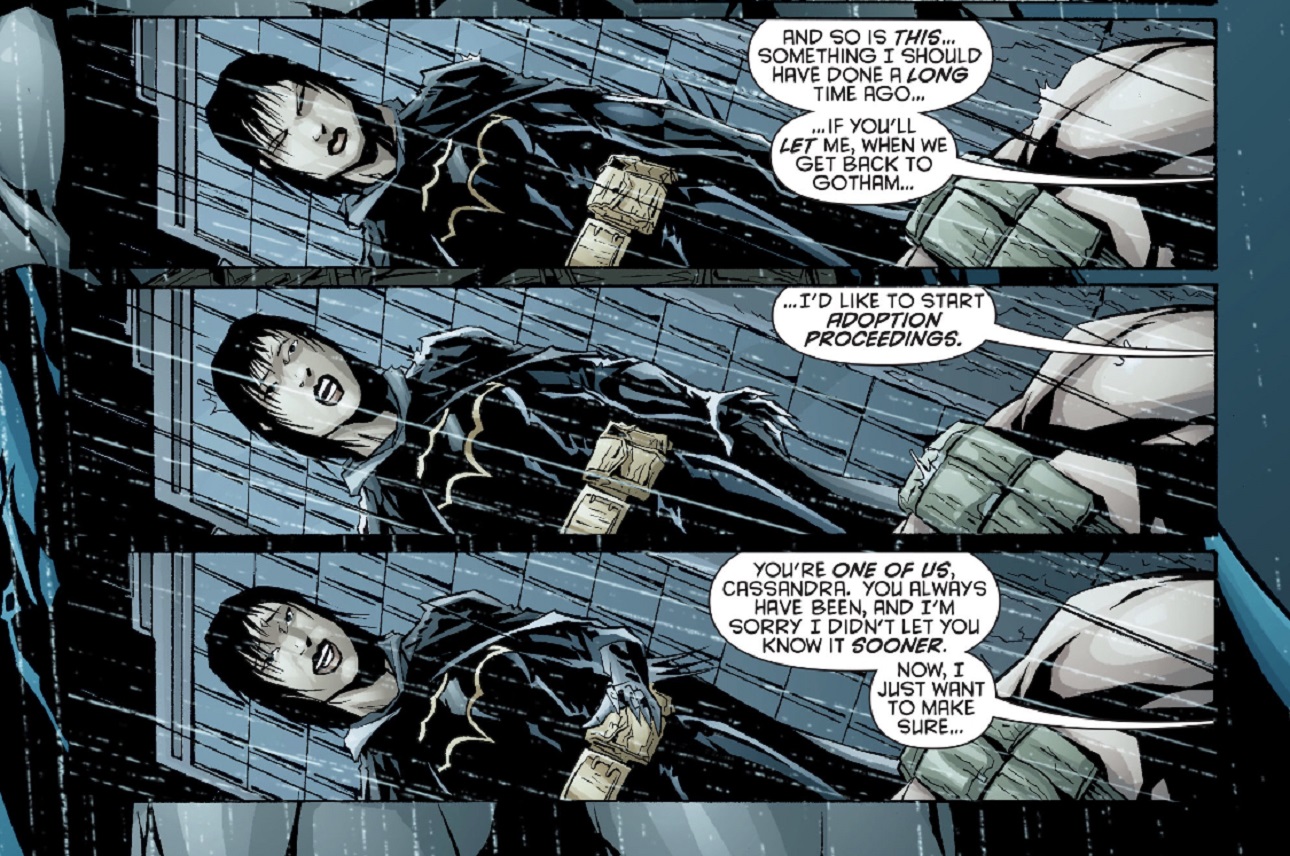 ORPHAN ORIGIN: Although Cassandra uses the codename Orphan, her parents were still alive when Bruce Wayne adopted her (2008’s Batgirl #6). Cassandra’s mother is the martial arts master Lady Shiva, and her father is assassin David Cain. Batman knew she needed a sense of family, so he offered to adopt her, making her the only female orphan Bruce has ever taken into his home.

ORPHAN ABILITIES: Cassandra is one of the greatest fighters in the DC Universe. She could end you before you have a chance to raise your fist.

DEMERITS: We don’t like to talk about that brief period where Deathstroke brainwashed her into becoming a supervillain (Robin #150), but in the interest of being comprehensive we have to bring it up. 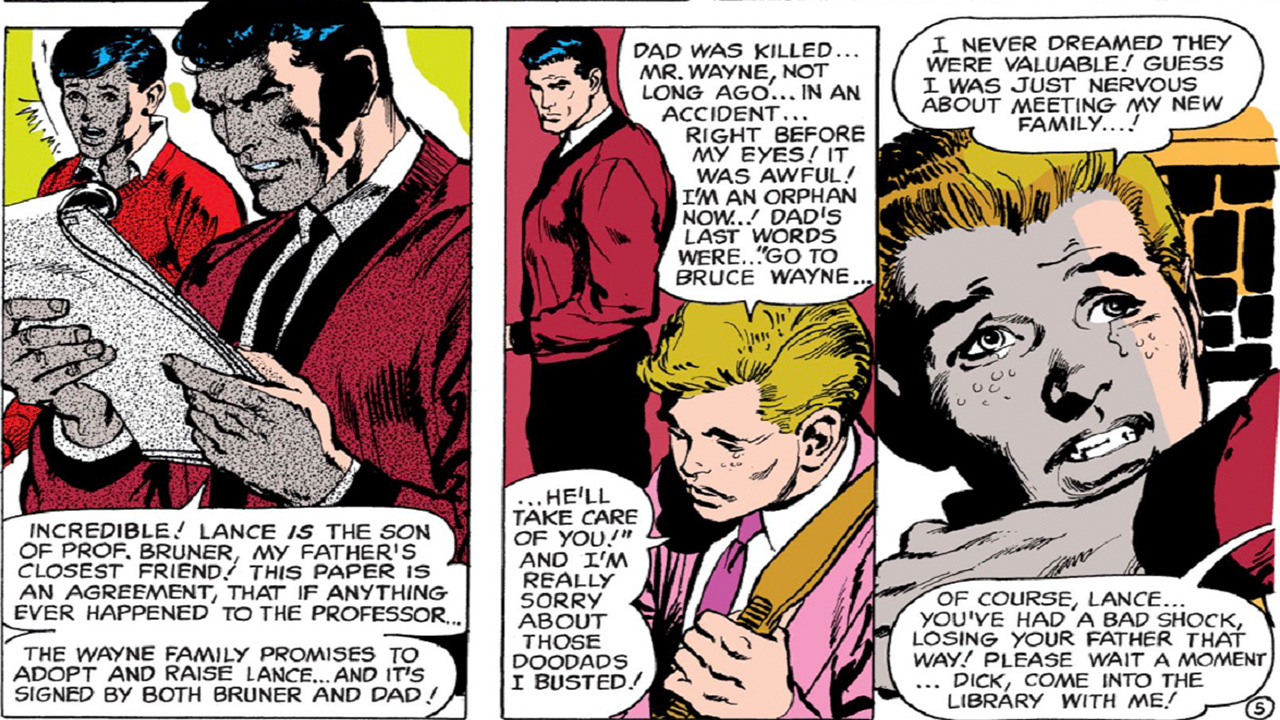 FIRST APPEARANCE: The Brave and the Bold #83

ORPHAN ORIGIN: Lance’s father Professor Bruner was one of Thomas Wayne’s closest friends. For some odd reason the two men made a pact that the Wayne family would raise Lance if anything ever happened to Professor Bruner, and the agreement was legally binding. Nobody told Bruce about it, so you could imagine his surprise when Lance showed up at his doorstep after Professor Bruner died. Sibling rivalry escapades and problem child pranks ensued.

ORPHAN ABILITIES: Lance is an expert detective, who was able to find criminal saboteurs that Batman and the Teen Titans were unable to.

WHY THEY’RE FIRST: Lance might seem like a controversial choice, but consider this – he never became a violent anti-hero (Jason), he never sported a bad 1990s mullet (Dick), and he never threatened his brothers with a sword (Damian). [Ed note: Notice he doesn't seem to have anything on ol' Tim Drake...] Lance may have been a problem child, but his time as Bruce’s ward was so short, that he never got the demerits the others got. Lance took a bullet for Batman, and never got revived like the others did. He may not have gotten a memorial in the Batcave, but we’ll make up for it by giving him the Ultimate Orphan Crown.

People have joked about Bruce Wayne’s obsession with adopting orphans, and every single joke is accurate. In Detective Comics #237 Bruce Wayne fantasizes about adopting EVERY BOY HE MEETS IN THE STORY. Bruce and Dick are forced to spend some time apart to protect Batman’s identity, and the Caped Crusader immediately goes through orphan withdrawals. Throughout the story, Bruce runs into various children, and has long detailed fantasies about making them his next Robin. Bruce, you don’t need another orphan, you already have one at home!

Who is Batman’s greatest orphan? Tell us your pick in our Community!