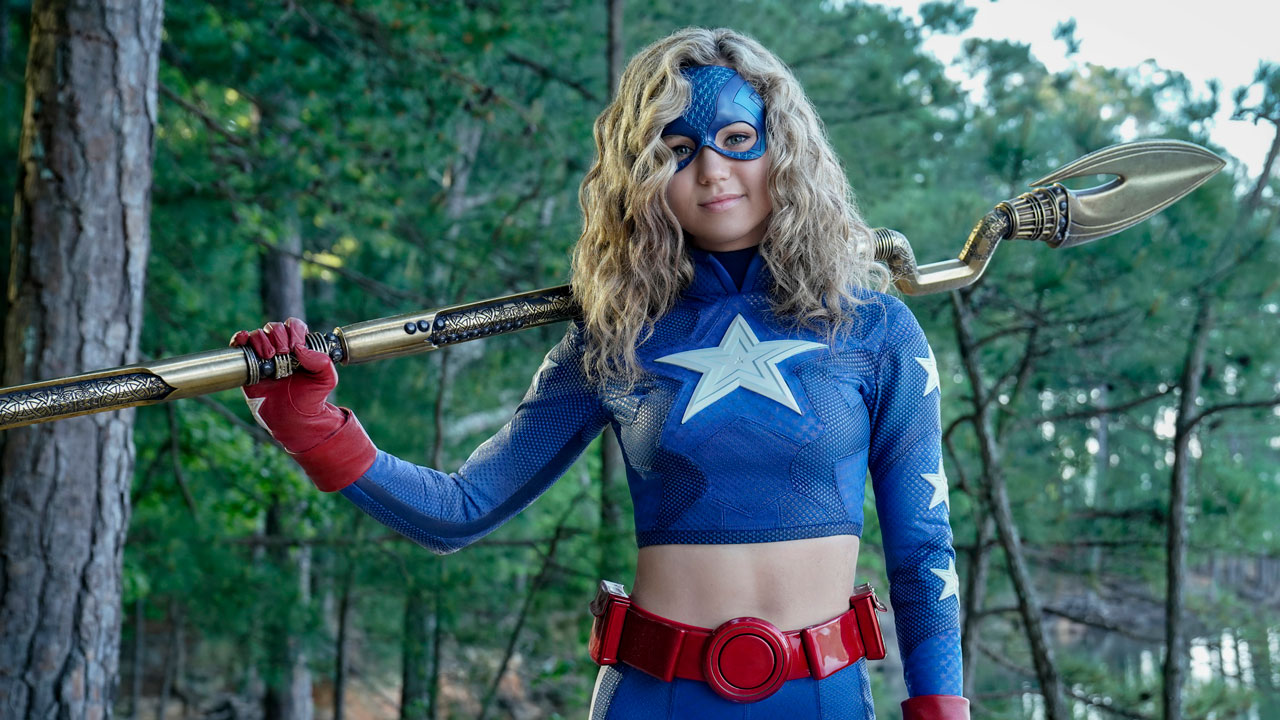 We Go Behind the Scenes of STARGIRL with Creator Geoff Johns

Geoff Johns is one of the most influential creators in the DC Universe. He crafted more than his share of blockbuster comics -- including Flashpoint, his reinvention of the Green Lantern mythos, and his celebrated run on DC's original superteam in JSA and Justice Society of America -- before becoming Chief Creative Officer of DC Entertainment, a title he held until 2018. Johns' DC legacy began in 1999, with a series called Stars and S.T.R.I.P.E., basing its lead character on his sister Courtney, who'd been killed in a plane crash in 1996. Now Johns' career has come full circle, as Stars and S.T.R.I.P.E. has inspired DC Universe’s latest original series, Stargirl, on which Johns serves as executive producer. We recently had a chance to speak with Johns, who told us how the hit show came to be, and hinted at what’s in store for the rest of its first season...

What was your earliest exposure to the Justice Society and to Stargirl's predecessor Starman? Which of their stories impacted you?

I remember seeing them in backgrounds during Crisis on Infinite Earths. I remember Wildcat and Hourman. I had a couple issues of Infinity Inc. -- this was really early on in my comic collecting days. I remember the [1992] Mike Parobeck Justice Society series, I really enjoyed that. It was a very short-lived series, and I was bummed when it was canceled. I had some issues of All-Star Squadron -- Jerry Ordway's art was always amazing to me. When I saw Golden Age by James Robinson, that's when I was like "Oh my God, this is cool." That's still one of my favorite comic books ever written. And Starman was so good. I had loved the JSA before then, but then I was like "They're my favorite." That was magical, Golden Age and then Starman. It was so good. When I was doing Stars and S.T.R.I.P.E. way back when, my three favorite comic books were James Robinson's Starman, Karl Kessel and Tom Grummett's Superboy, and Mark Waid's Flash. When I was writing Stars and S.T.R.I.P.E. I wanted to tonally live in those books. I always loved those comics.

Stars and S.T.R.I.P.E was unique because it was a coming-of-age tale, but one that was especially concerned with the competition between its young hero and her older mentor, to see who was the dominant partner in their team. How did that book come about? Did you kind of have an idea for the design of its two main characters that you brought to artist Lee Moder?

Initially Phil Jimenez drew a very early design for Courtney, and then Mike Wieringo took that and drew it. Then when Lee Moder came on to the book, he did his own version and then he designed S.T.R.I.P.E. and we were off to the races. 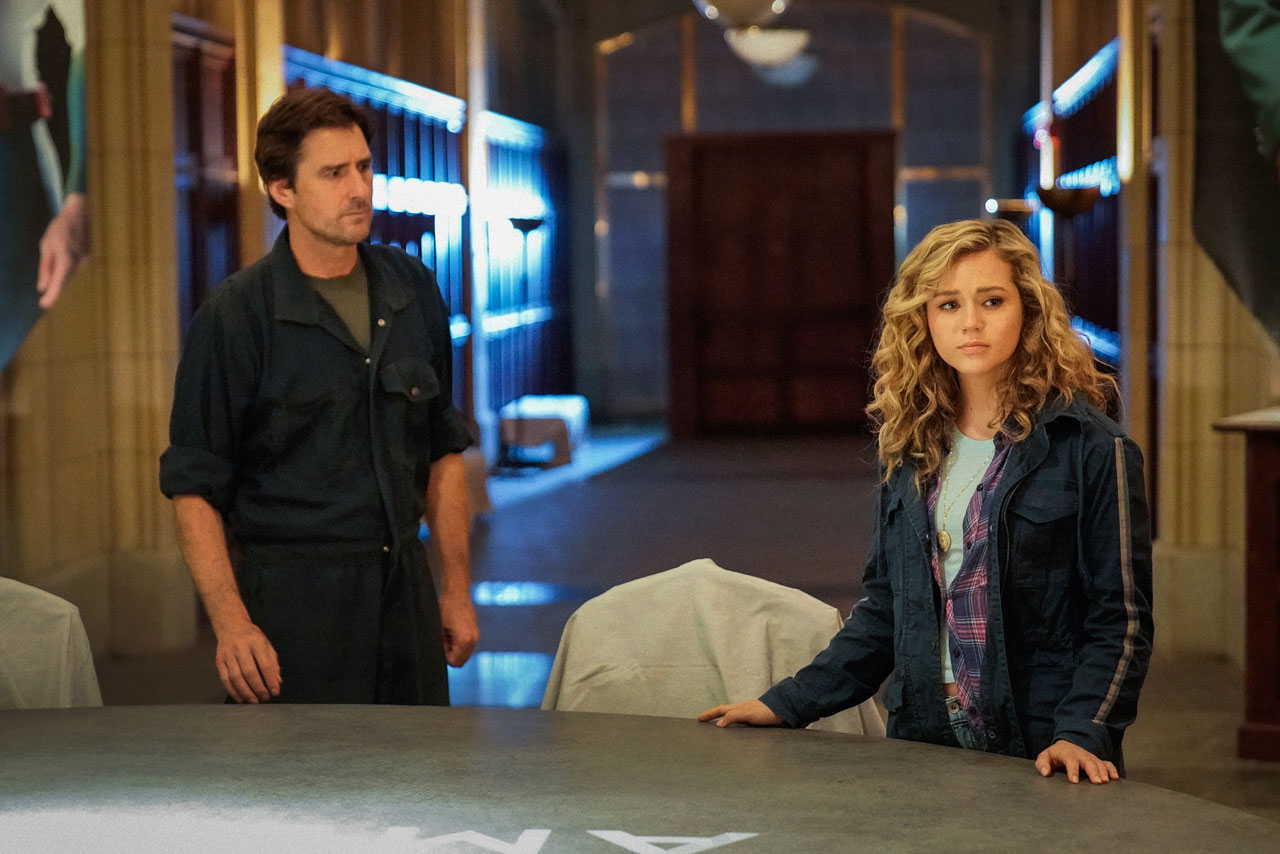 What inspired the relationship between Courtney and Pat? Did you find yourself identifying with one of them more than the other?

You know, as a writer you relate to every character you work on. There’s very few you don't. With Pat, there's stuff in Pat I relate to, and there's stuff in Courtney I relate to. But that relationship is central to it all. There's a push and pull with it and there's ups and downs and I think the initial idea that Jerry Siegel and Hal Sherman created with Star-Spangled Kid and Stripesy way back when was that the adult was the sidekick  -- that was the twist. In this new version, the adult was still the sidekick. Pat was the sidekick once again. This time to his stepdaughter, and that didn't sit well with him. But he sees how good she is and the potential in her and it's a fun story. That relationship evolves, changes, and grows in the show just as it did in the comics. 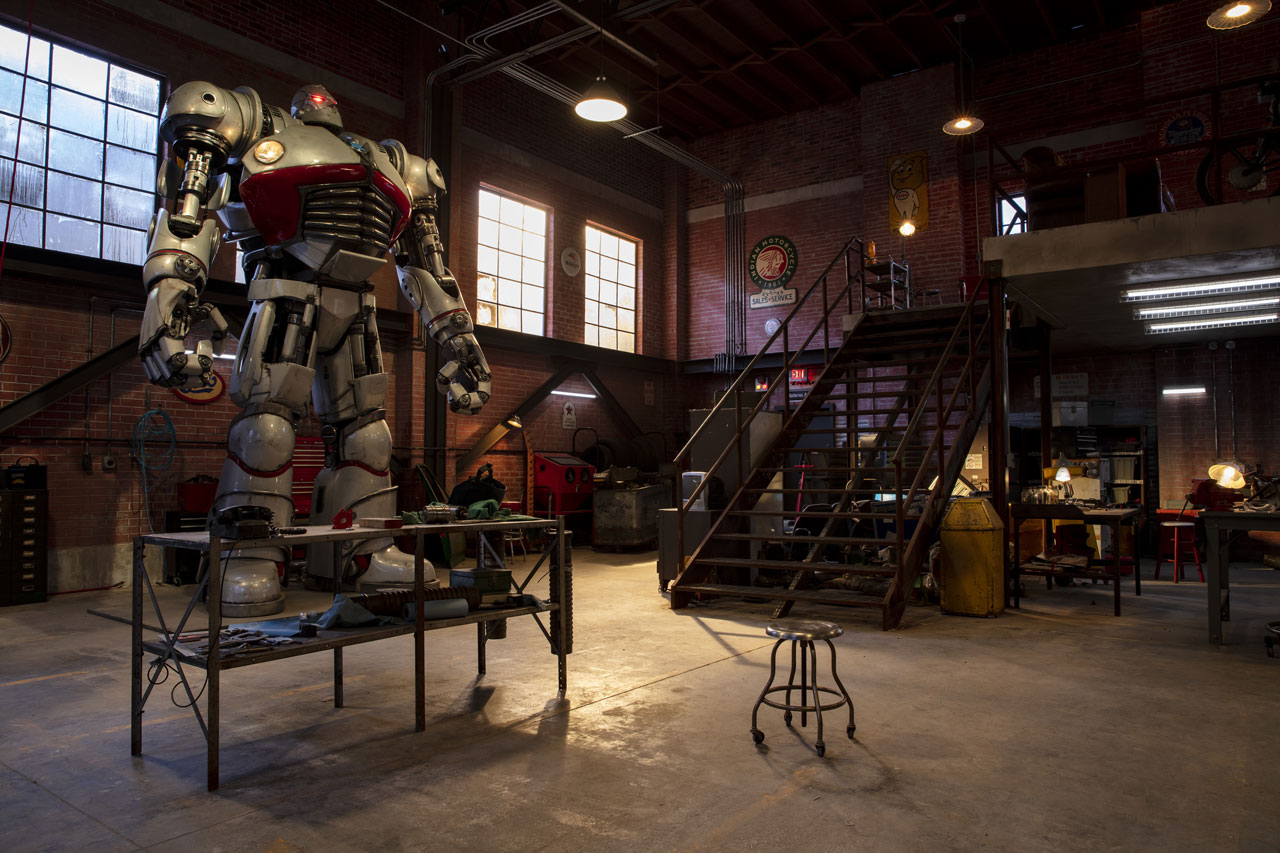 I'm sure there were a ton of challenges adapting the comic for TV, particularly with S.T.R.I.P.E.

S.T.R.I.P.E. was built based on Lee's design, along with Laura Jean Shannon, who did all our supersuits. Then we took all that, and then Zoic, the effects house also worked on that. There's a company called Legacy Effects, Alan Scott -- ironically named -- and his team took all this stuff and created a design and built S.T.R.I.P.E. Finding the people to do it, then figuring out how to do it, was definitely a challenge. But it was really important not to have S.T.R.I.P.E. be nonexistent. He had to be real, and he had to be something we could see Pat work on. Ultimately we found a great partner with Legacy and they built this freakin' giant S.T.R.I.P.E. robot that works and it was amazing. It was definitely a challenge, but once you found Legacy it was all about just giving them the time to do it right and they did. Anytime anyone walked on set and saw S.T.R.I.P.E., it was like, that was what you went and saw. People loved seeing him and would jump at the chance to sit in him. I got up in there once. It was super high. I have some pictures of it. [Laughs.]

Brec Bassinger and Luke Wilson have a great chemistry on screen. Was it hard to find the perfect duo to play Courtney and Pat?

I wrote it for Luke. I had seen Luke as Pat Dugan forever, and I was always hoping to get him. Rich Delia, our casting director, found Brec. We looked at a lot of very talented actors, and they just weren't right for the role. Ultimately when Brec came in she just crushed it, and suddenly Stargirl was born. I think she just brought this energy and enthusiasm to it all, and the heart with the humor. Luke alongside her -- those two just get together and they have fun together, and really like one another and it just worked. The chemistry is great, and it's just as much off-screen as it is on. They're just wonderful people to work with. 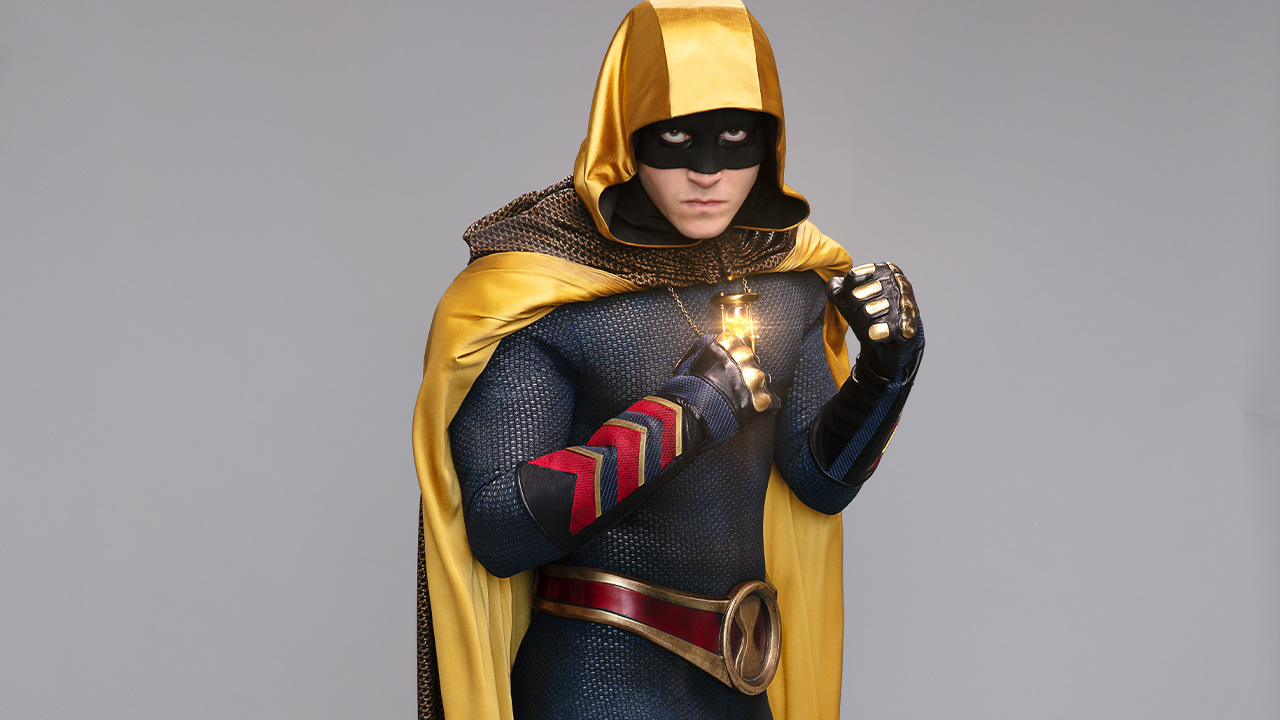 How would you describe this first season's story arc? Will we see this new Justice Society continue to grow?

There's ups and downs for sure, that they all go through. All the relationships change and evolve over the course of the season. That's what's really interesting about these people, trying to take on these legacies together -- and what does that mean? What does it look like? There are no rules. Like, how do you become the new Hourman? Why do you do it? It's really about these characters finding personal connections to the legacies they’re taking on.

How did it feel bringing these stories to life? Were there any moments that excited your inner fanboy?

The whole time! [Laughs.] It was great to see these characters and stories come to life, and to see it happen on screen. 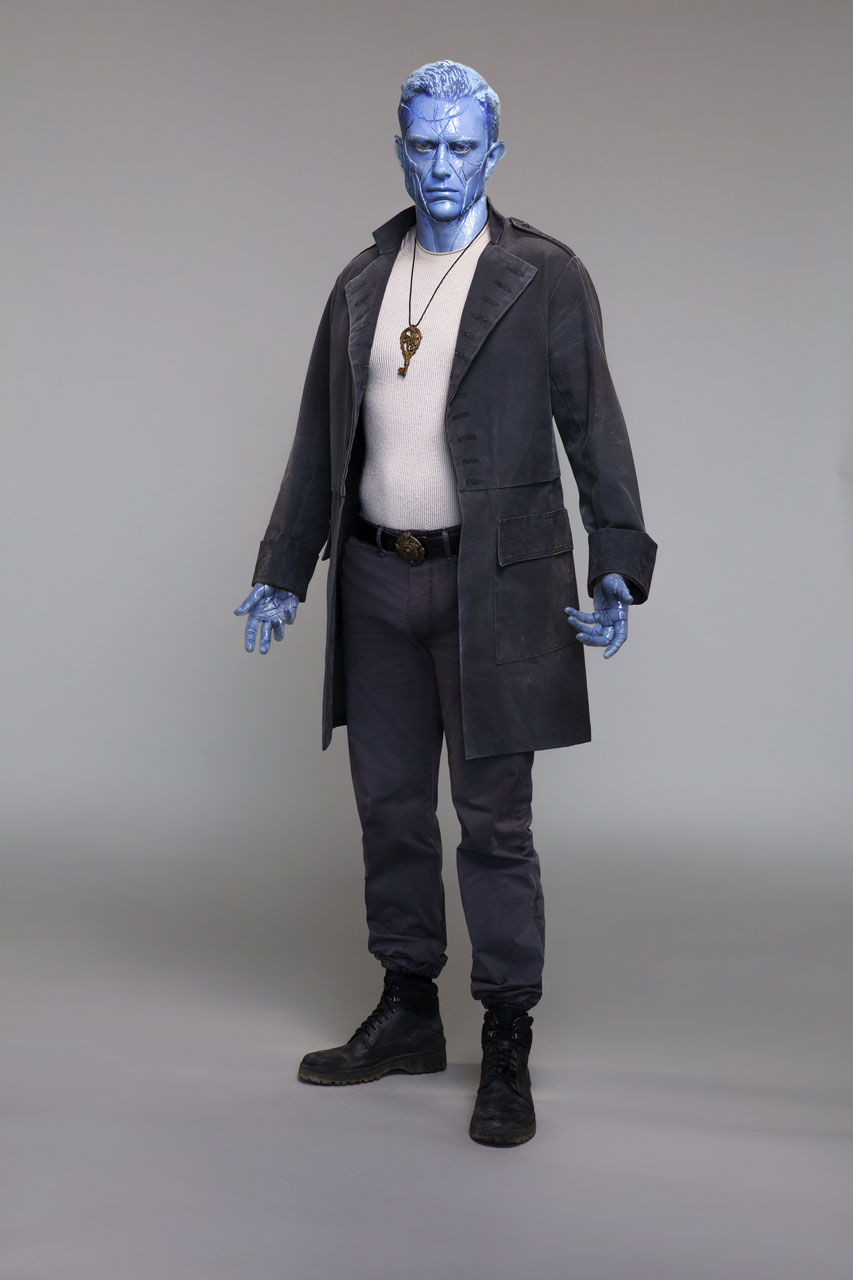 Regarding the Injustice Society that we see in the show -- how did you go about selecting its roster?

Some of it came from Stars and S.T.R.I.P.E., James Robinson's work on JSA influenced it, and Roy Thomas's work on Infinity Inc. Those stories influenced David Goyer and I when we worked on JSA. There haven't been a ton of really deep runs on Golden Age characters, and Roy Thomas did a lot of work in the '80s, and Paul Levitz's All-Star Comics. There are a lot of different areas where we looked, but the main influences are Stars and S.T.R.I.P.E. and the modern-day JSA run. We started tapping into Infinity Inc. too, because there's a lot of wonderful characters in there that are overlooked and underused. That's where we got Yolanda Montez, Beth Chapel, and Rick Tyler. I always liked that book, because it was so different than every other DC book at the time. Yeah, it's so much fun to see characters that I never thought we would be seeing in live-action.

What else are you working on right now?

Are you a STARGIRL fan? Let us know in our Community!