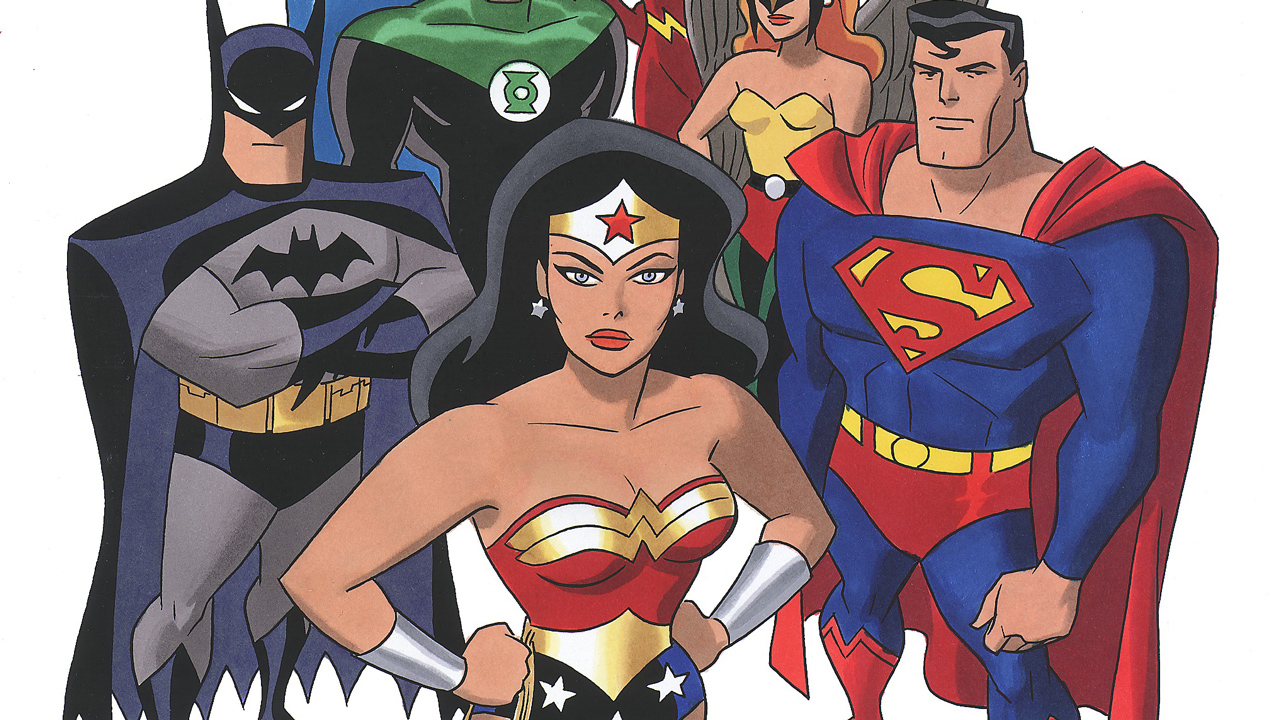 If you aren’t watching DC Daily, then you’re missing out on some of the greatest bits of fandom fun this side of Themyscira. This week featured some great surprises, with visits from both April Bowlby (Doom Patrol’s Rita Farr) and Susan Eisenberg (Justice League’s Wonder Woman)! Here are some of the highlights…

On Thursday April 16th, the DC Daily couch welcomed April Bowlby, the Doom Patrol's very own Rita Farr. Bowlby had no idea her guest appearance on Titans would lead to a spin-off series. “It was just one episode," she explained, "we didn’t know that there was going to be another series. That came as an extra bonus." When asked what the series' strangest moment has been, Bowlby replied. “I think it goes to something we haven’t seen yet. I think you’re in for a very exciting moment. I think that’s episode 15, you’re going to be blown away. It’s very strange. I don’t even know how I feel about it still. This is so unusual..." Loyal DC Daily watchers may recall that Samm Levine has been referring to Rita as his “Elasti-Girlfriend” for the past few months. Once April was on the set, Samm’s co-hosts couldn’t wait to tell her this, giving him the embarrassment of his life. Check out the full episode to see how April reacted to Samm’s crush.

If you’re a DC fan who's watched The Big Bang Theory, you’ve probably admired the Comic Center of Pasadena, one of the series' iconic settings. On Thursday April 16th, Amy Dallen visited the set, and got some cool secrets from Kevin Sussman, who plays store owner Stuart. “It is a little nicer than an actual comic book shop can afford to be,” Sussman told Amy. Before Amy finished her tour, she snuck a DC Daily prop into the comic shop, where it could later be seen in the background of the final episodes of The Big Bang Theory. Check out the segment to find out what Amy left. Then see if you can spot it the next time you watch the show!

A Visit from Susan Eisenberg

On Friday April 17th, Susan Eisenberg -- the voice of Wonder Woman in Justice League, Justice League Unlimited, and the new animated film Justice League vs. The Fatal Five -- stopped by the DC Daily couch to chat with the gang. Eisenberg and the panel celebrated Princess Diana of Themyscira, as Susan expressed how deeply the character has affected her own life, remarking, “It has been the greatest privilege of my professional career. It changed my life getting the part."

What was your favorite DC Daily moment this week? Let us know in our Community