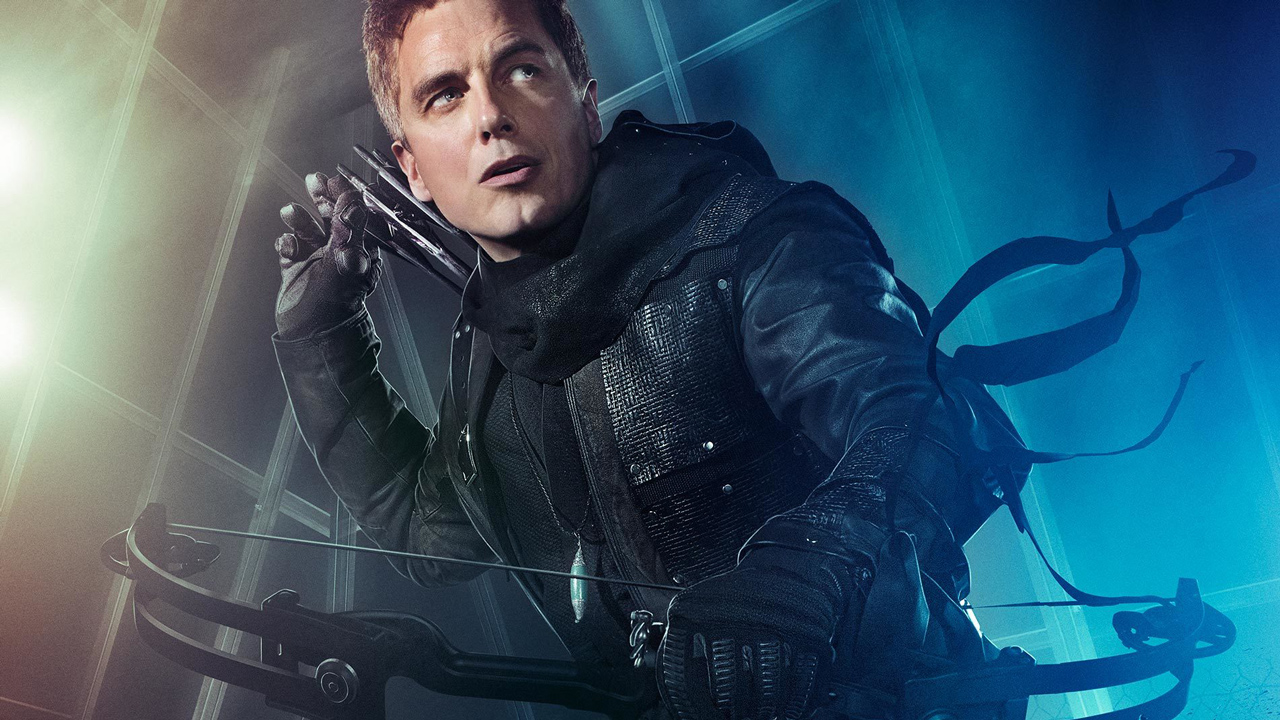 This week's DC Daily offered its usual full slate of exclusive interviews, panels, and surprises, including something just for fans of DC TV star John Barrowman and character Malcolm Merlyn. Here are some of the highlights...

On Tuesday, April 23rd, the DC Daily gang did a live reading of Arrow: The Dark Archer with the book’s author (and Arrow's Dark Archer himself) John Barrowman. “Is there anything that we should know going into this to motivate our character read,” John Kourounis asked. “Just be good,” Barrowman replied. And boy were they good! If you’ve ever enjoyed seeing Barrowman portray Malcolm Merlyn on Arrow, you’ll love seeing him portray his villainous character on DC Daily.

On Tuesday, April 23rd and Wednesday, April 24th, the DC Daily panel found themselves in the hot seat, as they proved their nerd cred against some tough questions from trivia expert Alex Jaffe. Some of you may know Alex by his handle HubCityQuestion in our Community, or from his visit to DC Daily during the recent "Fan Takeover" episode, and this time he didn’t pull any punches! Check out these segments to see how the DC Daily cast did, and find out how many of the questions you can answer.

Tom King on Heroes in Crisis and Wally West

On Wednesday, April 24th, writer Tom King broke down what’s going on in Wally West’s head after recent developments in the blockbuster limited series Heroes in Crisis. “Issue 8 is the big reveal of how everyone died, and what happened at Sanctuary and how Wally was involved and why his body is there,” King said. Some of King’s choices with Wally have been controversial, but the writer explained, “He’s gone through this traumatic event and if [we] reset him as that funny, go-lucky character, to me it denies the history of his continuity on one hand and it denies his pain on the other”.

On Friday, April 26th, DC Entertainment co-publisher Jim Lee made his return to the couch, where everyone was excited about the recent expansion of the DC Universe digital comics library. “This is something we wanted to do from the very start, but it was technologically difficult to bring the entire library,” Lee said. It turns out that Lee is just as excited by the move as fans are. “This really allows people to deep dive into the library of content. There’s a lot of stuff that I’ve never read that I’m really excited to open for the first time,” Lee said.

What was your favorite DC Daily moment this week? Let us know in our Community.