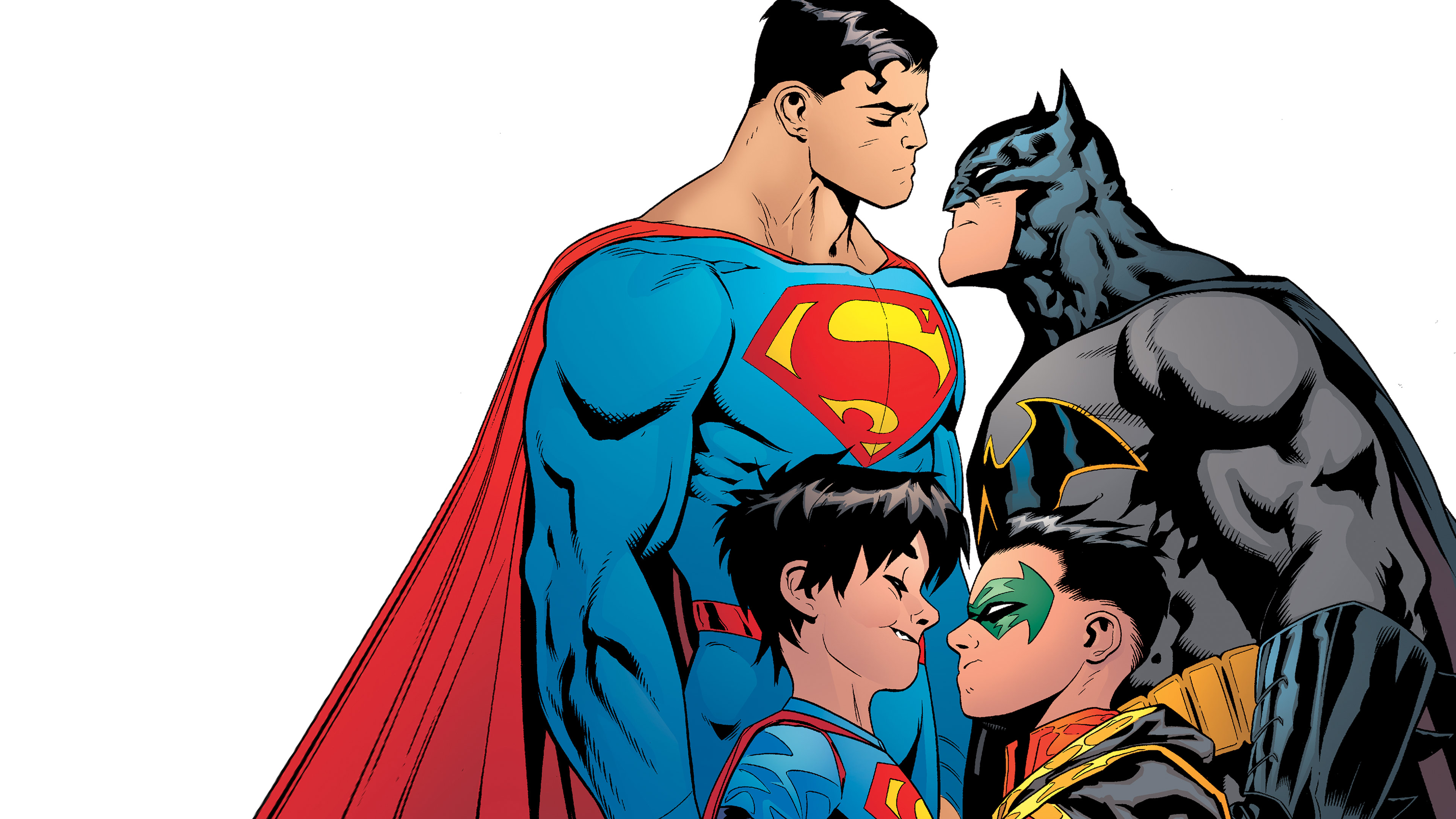 The Top 5 Community Debates of DC Universe: Year One

There's nothing that comic book fans love more than a spirited debate, and DC Universe's Community was host to hundreds upon hundreds of passionate discussions in our first year, ranging from the best Bat family member to what they had to eat that day (sadly "Batwing" was not the most popular answer for either). We've culled the archives and pulled our five favorite Community debates from Year One. Let's take a look!

All Your "Who Would Win in a Fight" Questions Answered 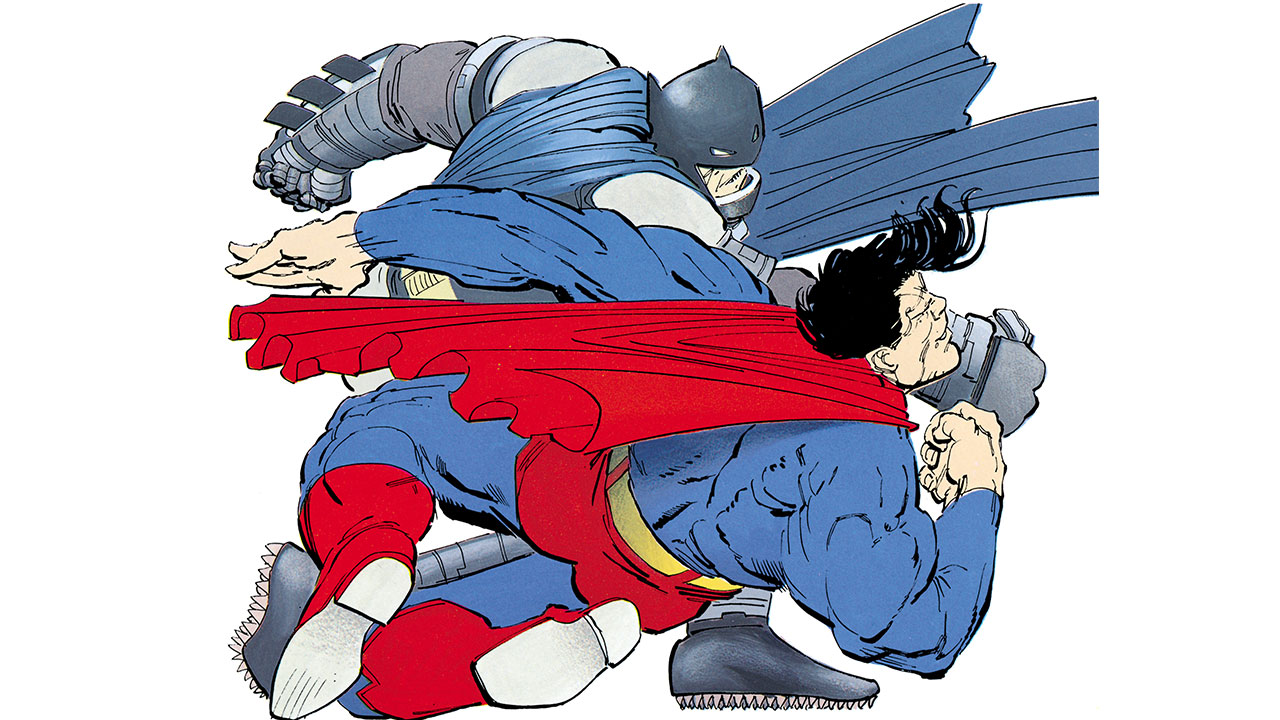 In this thread started by our own Alex Jaffe, AKA @HubCityQuestion, Community members proffer two fictional characters and Alex decrees who would win in a no-holds-barred throwdown, no matter how unlikely or silly it might be. Grant Gustin's Flash vs. Ezra Miller's Flash? Midnighter vs. the Batman Who Laughs? Huck Finn vs. a Connecticut Yankee in King Arthur's Court? This thread has the answer to every fight you've ever dreamt of. And to answer the obvious question, Grant Gustin, the Batman Who Laugh, and a Connecticut Yankee were the champs in their respective bouts.

Who Was Your First DC Crush? 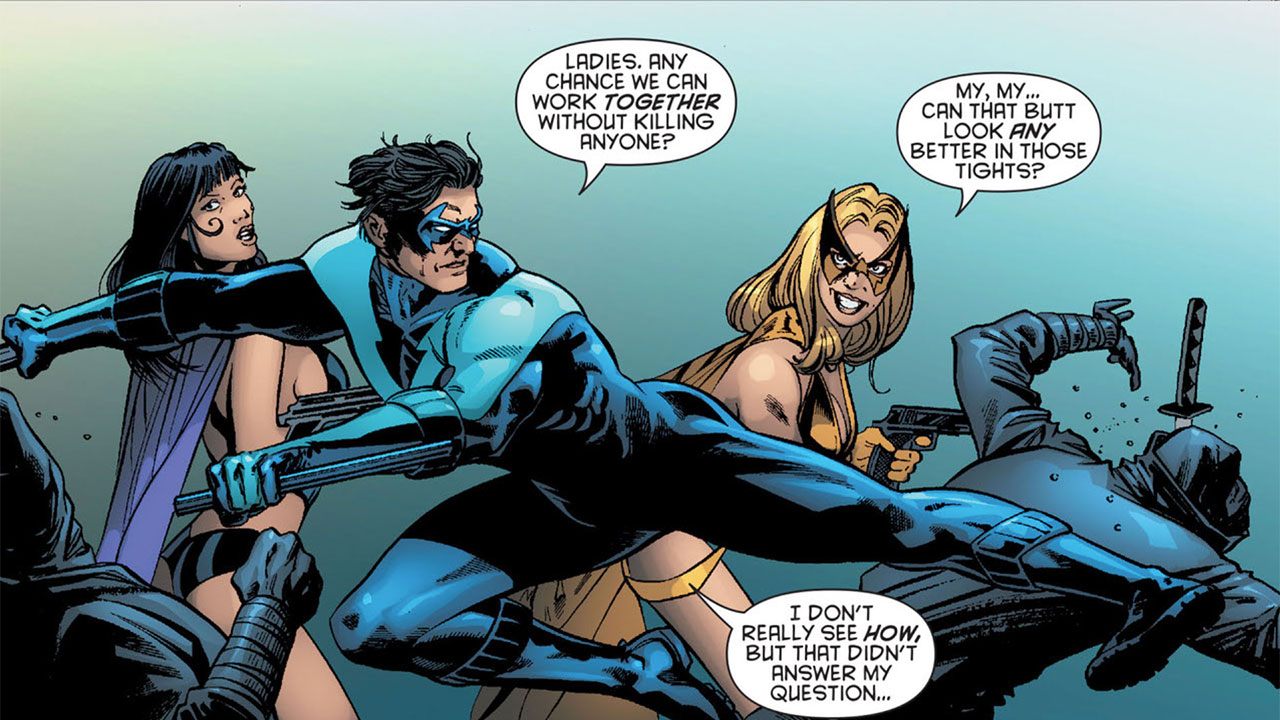 @BrettWayne (maybe Bruce's distaff cousin from Keystone City?) gets down to brass tacks asking which DC hero (or villain!) first set your heart aflutter. Brett copped to having a thing for Catwoman, Harley Quinn, and Starfire, while the replies were filled with many of the usual sexy suspects like Zatanna, Wonder Woman, Superman, and of course, Nightwing, Nightwing, Nightwing. But props to @kolanifv.94192, who went for a deep-cut declaring "Dawnstar is bae." Our first crush would be a Robin of a different flavor, Tim Drake. What can we say, we've always been a sucker for a clever guy.

What Are Your Unpopular Opinions? 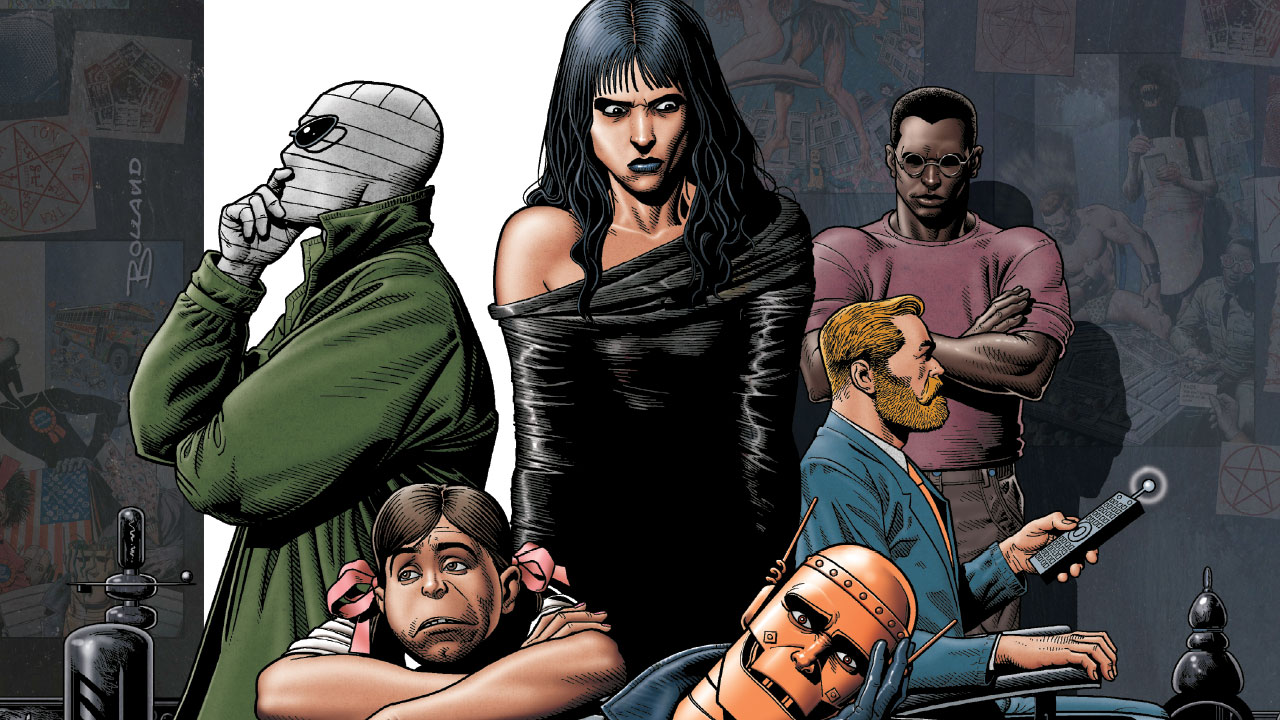 Befuddled by the popularity of a character or title that you just couldn't get into? @Flamebird23 has just the thread for you to air your unpopular opinions, including their opening confession that they just didn't enjoy Grant Morrison's 'Doom Patrol' as much as everyone else. @Amaggeddon.38951 admits that they just don't care for Superman that much while @J3D28F.17202 declares that they prefered Barbara Gordon as Oracle rather than Batgirl. We'll admit that, while Hal Jordan is great, we always liked Kyle Rayner just a bit more as Green Lantern. Please don't hurt us, Guardians of Oa!

Which Flash Is the Best? 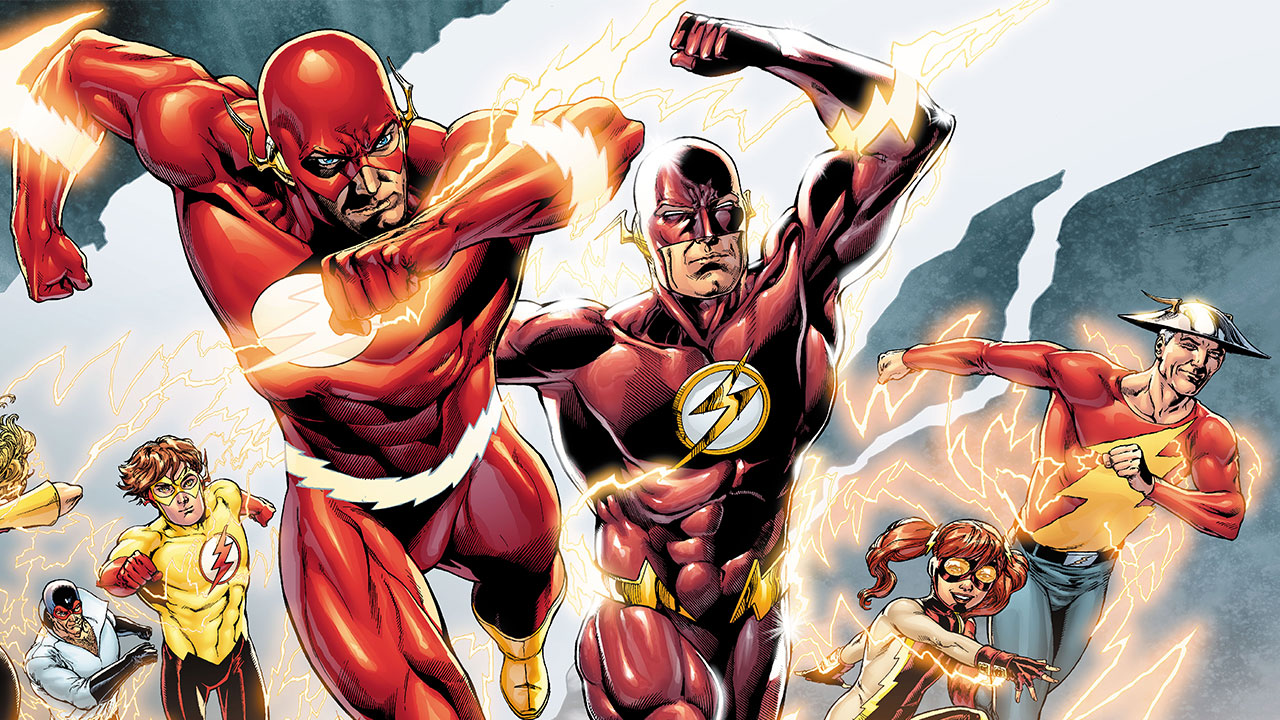 Just what it says on the tin, @cnzspuk opens up the floor to debate on which of the four men to hold the title—Jay Garrick, Barry Allen, Wally West, and Bart Allen—is the best Flash. @DeSade-acolyte gives it up for the OG Jay Garrick, while @Crystal1053 points out that Bart has the coolest origin. But the bulk of the battle is between Barry Allen and his former teen sidekick Wally West, with Barry-backers bringing up their hero's long reign while Wally-lovers calling their champ the heart and soul of the Speed Force. Who is YOUR Scarlet Speedster of choice?

Who’s Your Favorite Member of the Bat Family? 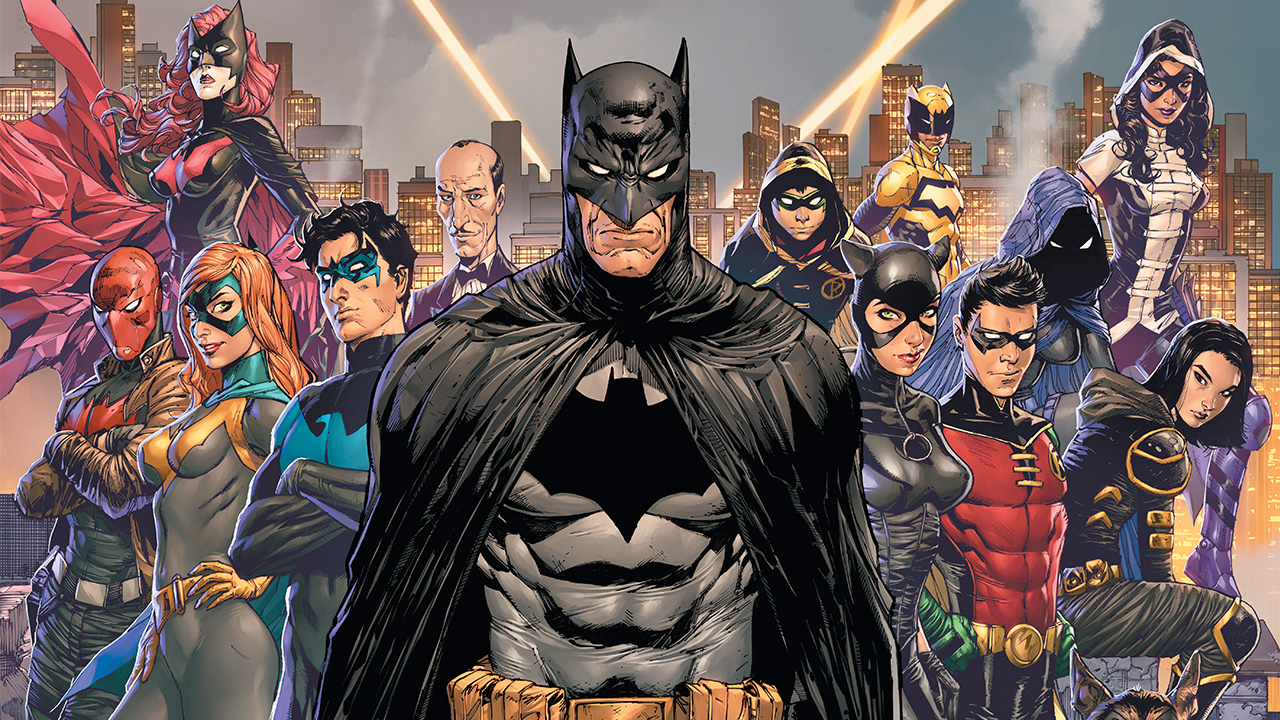 Batman has a large extended family that helps him in his never-ending battle against crime, from birds to bats to a particularly trusty dog. But which one is your favorite, asks thread starter @Redboi48? As you might imagine Dick Grayson made a strong showing with Jason Todd and the ever-stalwart Alfred Pennyworth also doing well. But in this particular thread it's Barbara Gordon who emerges as the Bat family member of choice!

What's your favorite Community debate on DC Universe? Talk about it in our Community!