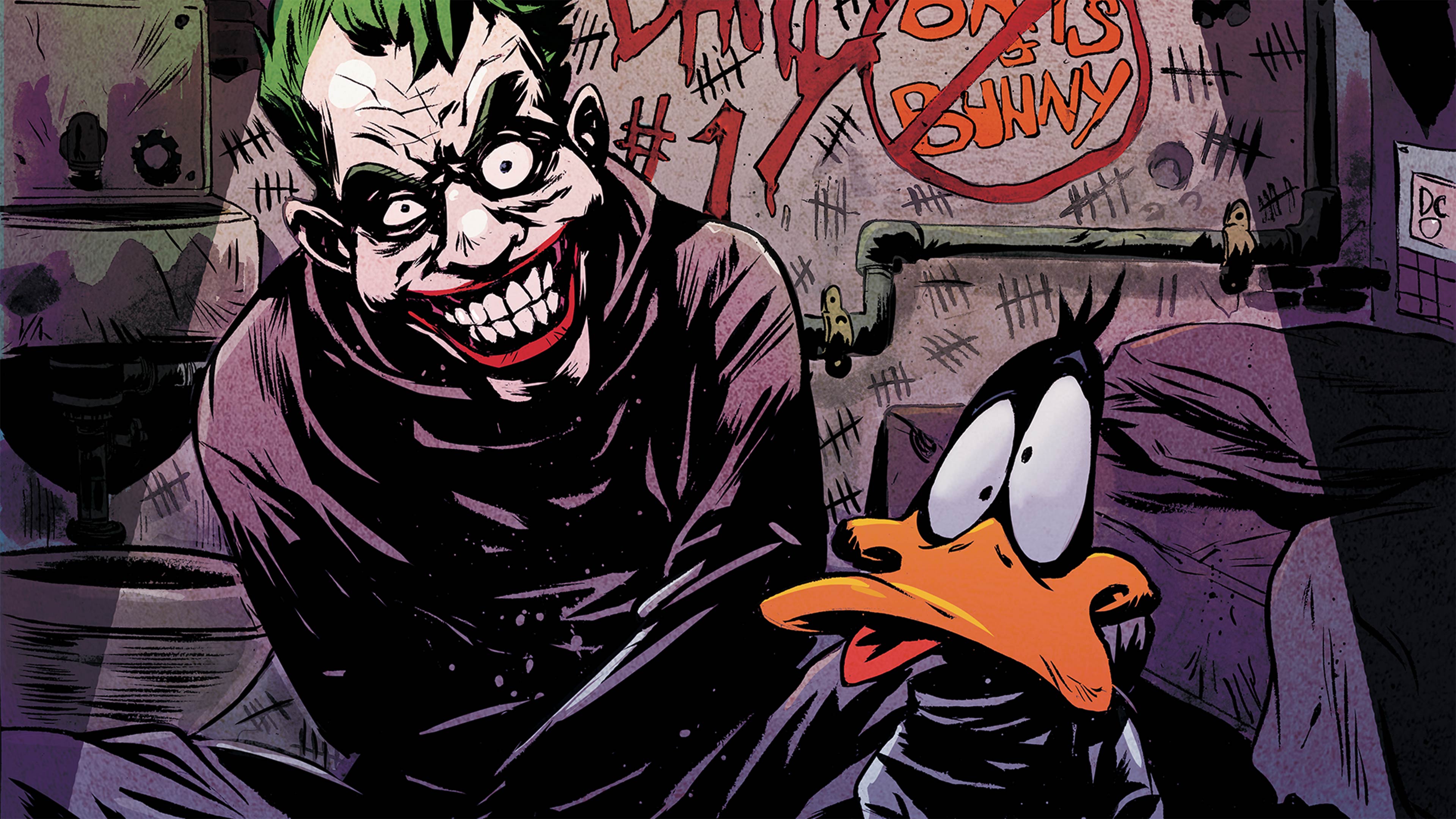 Toon Titans: Why These DC/Looney Tunes Crossovers Are the Perfect Pairings

With over 200 Scooby-Doo comics making their DC Universe debut, our library is more animated than ever. But this isn’t the first time that DC has dipped their toes in the Warner cartoon lot. In 2017, a special series of one-off comics began which paired heroes and villains of the DC Universe with their counterparts in the greatest pantheon of cartoon characters this side of steamboat country -- the Looney Tunes. Skeptical? Here are a few reasons why these meetings of toons and titans simply had to happen. 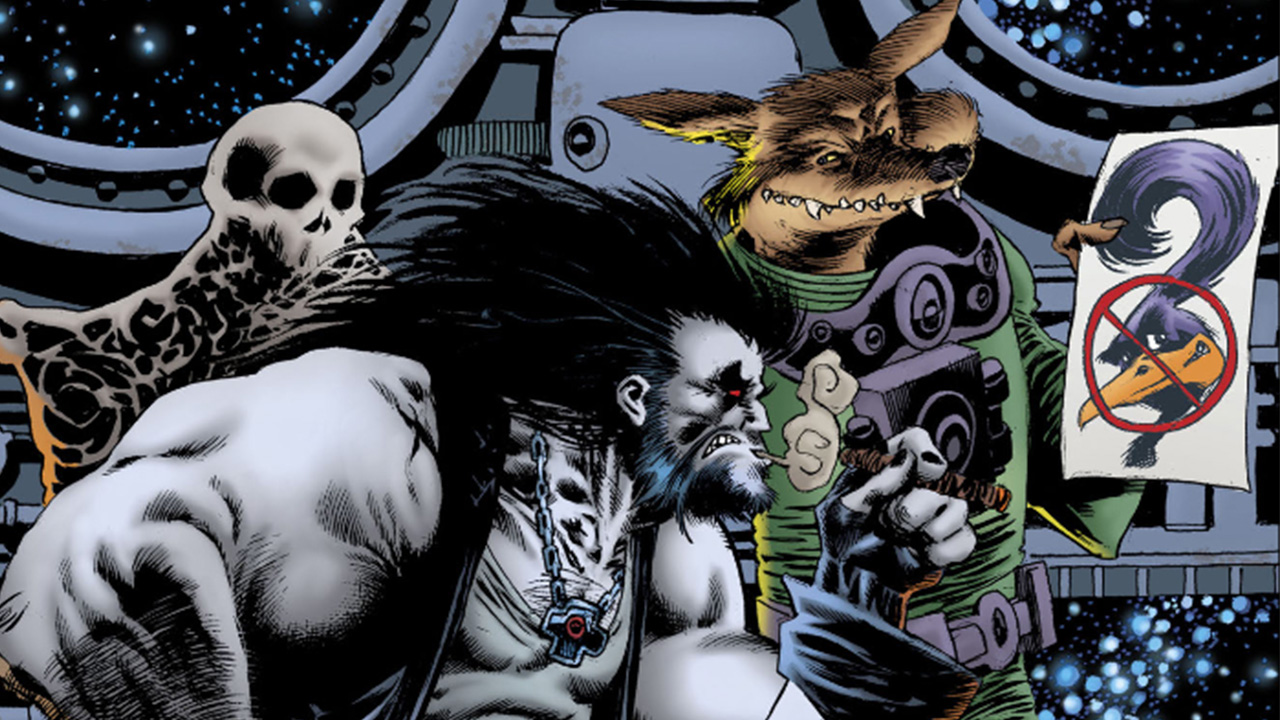 The golden rule of Lobo is that as crude and crass as he may be, the Main Man always gets his bastich, whether that happens to be Santa Claus or Gawd himself. But the golden rule of Road Runner is that he always, always gets away, with little more than a “meep meep” for his pursuer’s efforts. So what happens when the ultimate bounty hunter pursues the uncatchable prey? A merrie melodie chase so chaotic, it might take the entire Green Lantern Corps to intervene. 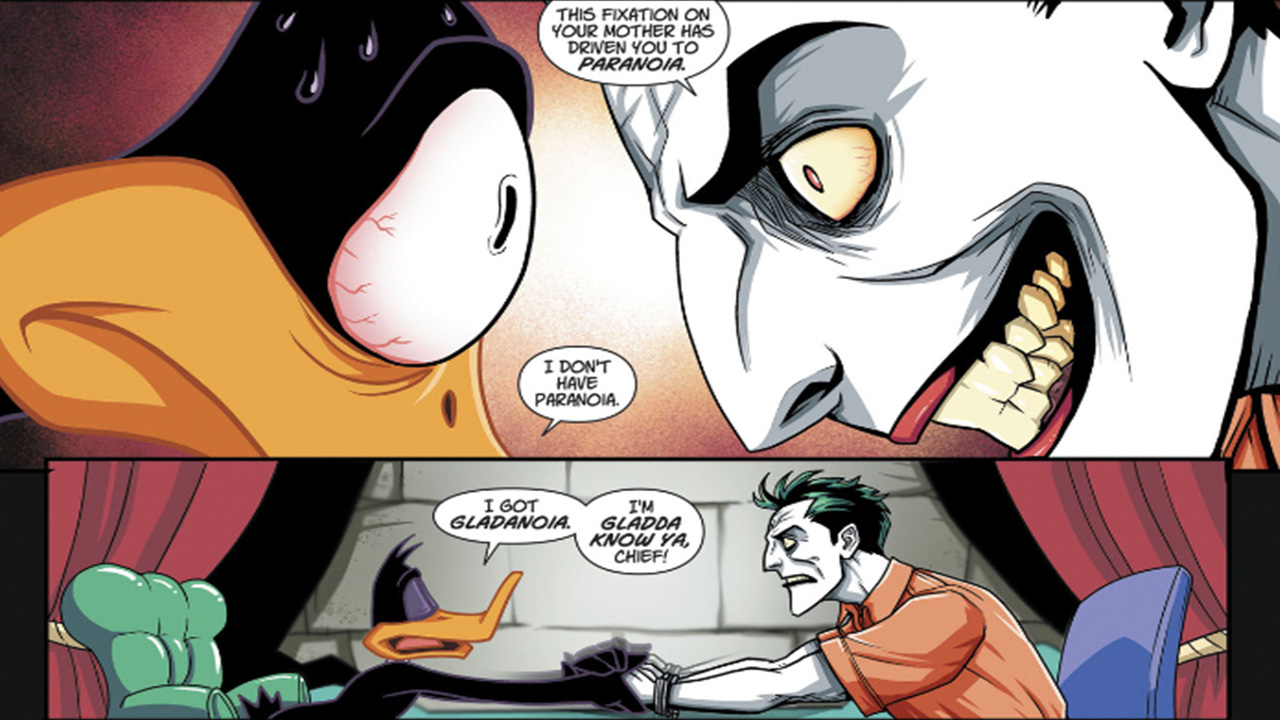 The Joker and Daffy Duck aren’t two sides of the same coin -- they co-occupy the same face of that coin. Bear with us here: manic goofballs, check. Questionably aware of their fictitious existence with a penchant for directly addressing the audience, check. Defined and continually frustrated by the constant upstaging they experience by their rivals… also check. Though Daffy began life as an independent creation, the moment he was paired against Bugs Bunny there was no going back. So, too, has it been with The Joker. Without the regular round of “Bat Season/Clown Season,” the Mountebank of Mayhem’s existence is meaningless. At least there’s comedy in failure. 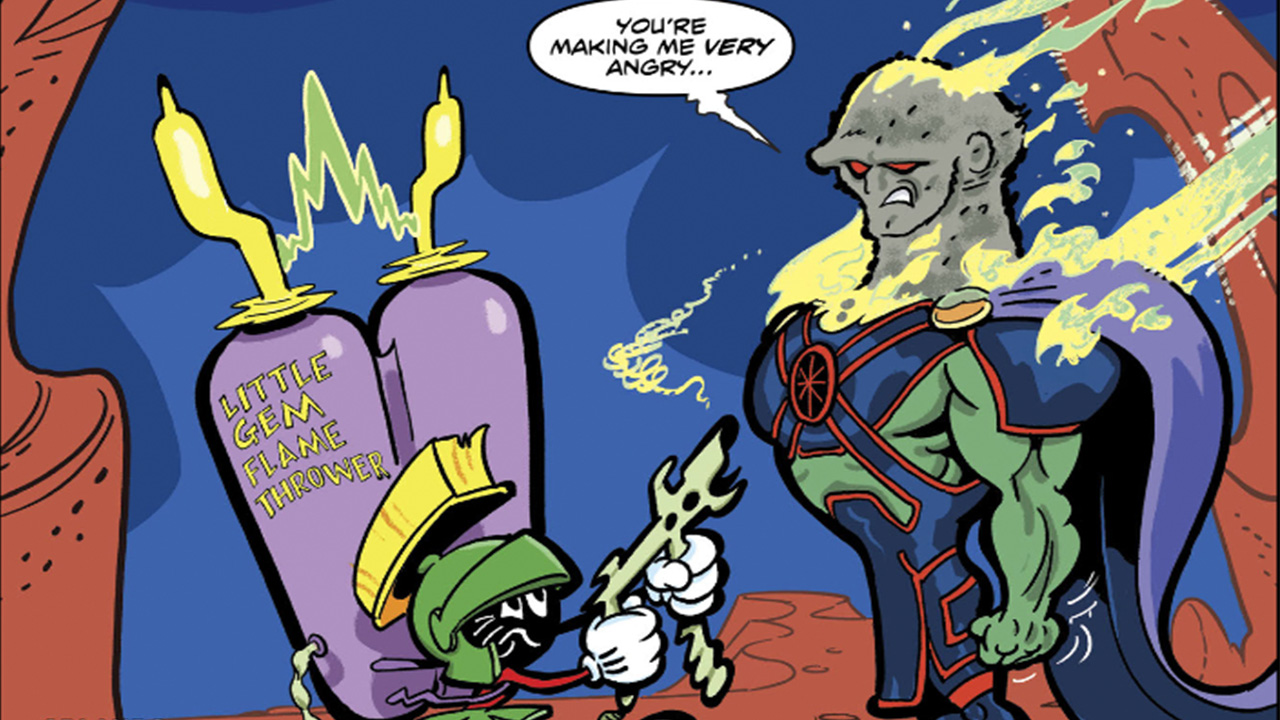 OK, this one was probably a gimme. The DC Martian and the Looney Tunes Martian? That’s minute one of the first pitch meeting level stuff. But there’s a lot more to it than that: J’onn J’onzz and Marvin each represent an “alien” presence in their own way, and our own changing, evolving attitudes towards the unknown. Marvin may be a cartoonish presence, but he is no less malevolent a depiction of the outsider, as perhaps the most serious threat to the Looney Tunes continuum -- one who seeks not merely to dispose of a rabbit or duck, but our entire planet. J’onn, on the other hand, is just as other an entity to humanity as Marvin, but strives to protect and better mankind, and prevent the same mistakes of hatred and prejudice which destroyed his own people. This Martian on Martian issue isn’t just a pairing of nouns; it’s a clash of ideals. Which is more powerful: fear of the outsider, or acceptance? 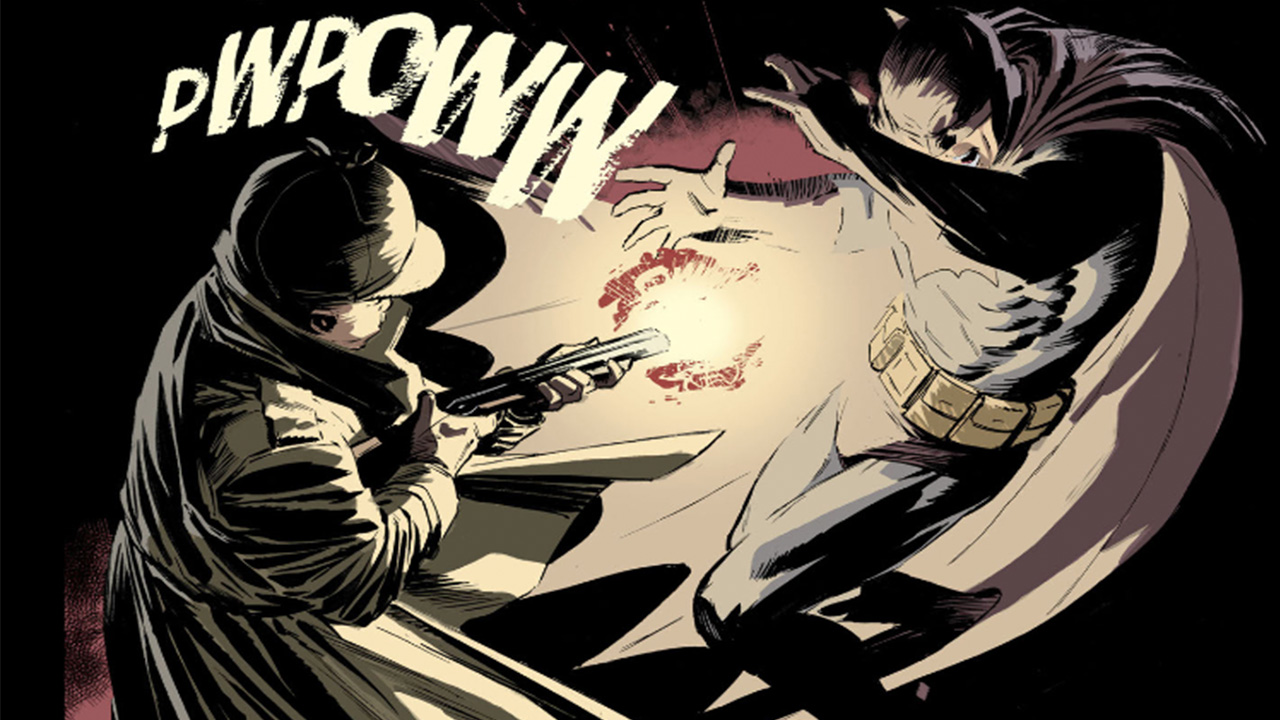 This Eisner Award-winning story (no, seriously) by Tom King and Lee Weeks is a fan favorite for good reason. A noir-drenched tale heavily homaging the “Strange Apparitions” Englehart Batman era, this story plays Batman against a speech-impeded hunter and gets to the heart of the element which defines both characters: their shared, ravenous yearning for an unattainable goal that always lies out of reach. Exemplified by their shared, futile pursuit of former, oft-forgotten Batman flame Silver St. Cloud, Batman’s quest for absolution for his survival in Crime Alley will always be just as cartoonishly elusive as Elmer Fudd’s burning desire to kill the wabbit. To that end, just in case you missed it, the tragic themes that underlie Tom King’s entire definitive 85 issue run on Batman are all laid bare in this one-off Looney Tunes crossover (which is canon to that run, by the way). At once thesis statement and self-parody, there’s perhaps never been a more effective deployment of the cartoon crossover to deliver such a powerful dual statement of tragedy and comedy. 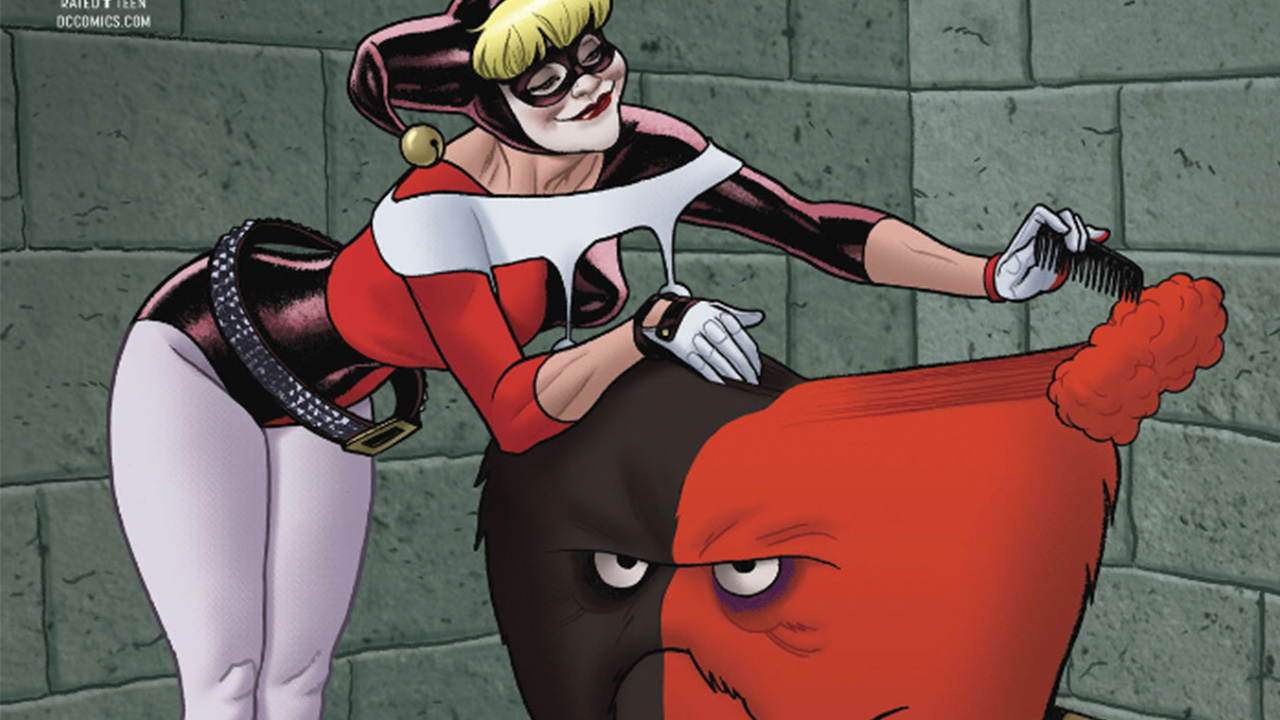 Well… if The New 52 and Rebirth have taught us anything: if there’s one thing Harley knows how to treat, it’s hair.

Which cartoon characters would YOU pair with the icons of the DC Universe? Let us know in our community! (Personally… we’re holding out for The Question/Secret Squirrel.)