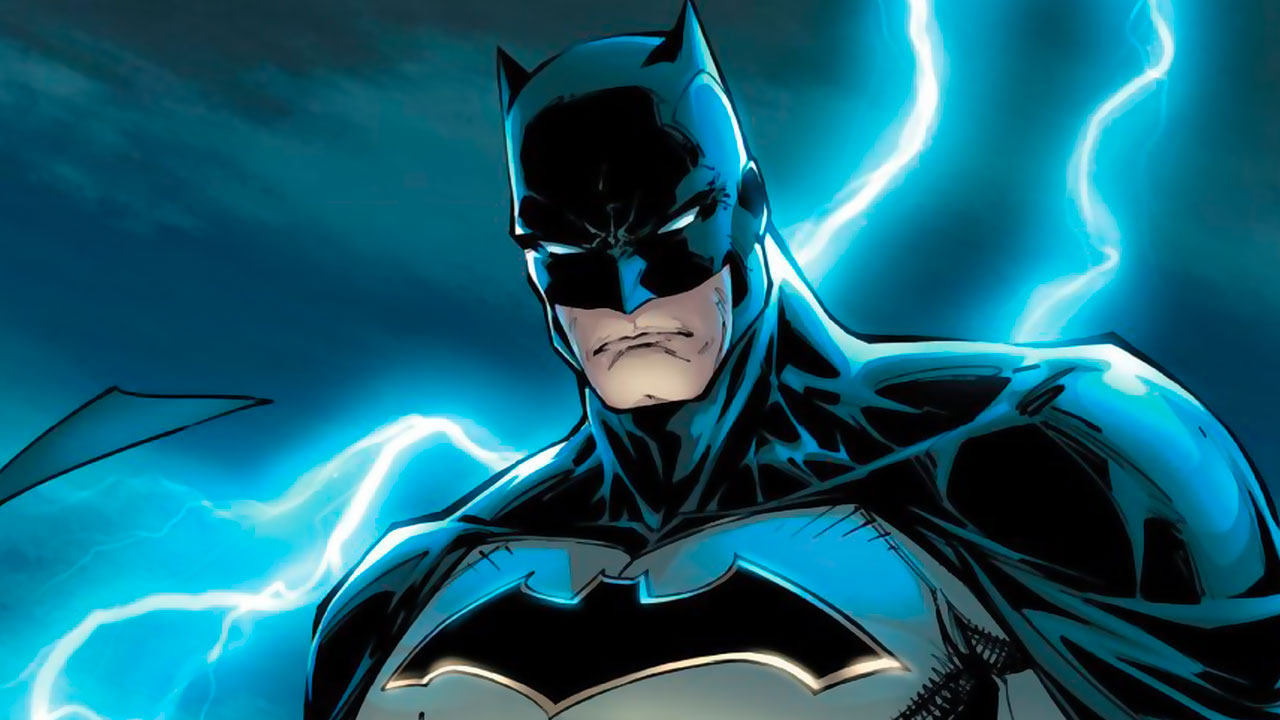 Though he was once a CIA analyst, Tom King left intelligence work behind and is now one of the most acclaimed comic writers working today. Regarded as one of Batman's best writers ever for his current run on the character, King recently sat down with us to talk about his first collaboration with DC, The Omega Men, how Batman's roots can be found in a defiant reaction to the rise of fascism and Nazism, and why Batman still resonates today...

What did the DC Universe mean to you when you were growing up with it?

There are a few things that make DC special. I think the first thing that sticks out is, Marvel and DC, they’ve both been head to head, they’ve both done great work. There’s great superhero stuff, but DC has made the literary achievements on a level that Marvel hasn’t, in terms of limited series that sort of touch the face of god. The best comics ever made. I’m talking about 'Watchmen,' I’m talking about 'Dark Knight Returns,' 'New Frontier,' 'All-Star Superman,' Batman: Year One.' There’s no equivalent of that in Marvel. So when I first came on, what I wanted to do in comics is to write these sort of... I wasn’t arrogant enough to say I could do it, but I was arrogant enough to say, "I’m going to try to do it." So, even when I was at Marvel, I wrote a series called 'The Vision,' which to me, was a DC series that had launched into Marvel. In terms of a self-contained story that took what DC did -- and what people like Moore and Miller and Darwyn Cooke did -- took these sorts of clichés of super heroes and took them seriously, and that somehow elevated them to become transcendent. It works better at DC. I think it’s because the characters are sort of closer to gods. There’s something deep in talking about them. That’s what sets DC apart to me, is they have reached peaks that no other comic company has.

How did your first major solo DC project, 'The Omega Men,' begin?

I remember they pitched ['The Omega Men'] to me when 'Guardians of the Galaxy' first came out, and I was like, "Oh, you just want 'Guardians of the Galaxy' at DC, no problem." So that’s what I pitched them. Like funny characters having fun adventures. Then I got the pitch back, they said, "No, that’s just 'Guardians of the Galaxy.'" I was like, "Alright, what about Al-Qaeda in space?" And they’re like, "Okay, let’s do that." And so, it became this story about a guy who’s kidnapped by terrorists; and while he’s kidnapped, he started to sympathize with the terrorists and realized that, "Oh, maybe the other side’s wrong." As it went on, he went, "Wait a second, no, the terrorists are horrible." And it became this idea that, in comics, we always are doing this thing -- "One side is this and one side is that, and there must be a third way." And it was like, "No that’s kind of bullshit. Sometimes there is no third way. Sometimes there is just complicated crap." That’s what 'The Omega Men' is about. There is no third way.

It's the Dark Knight’s 80th anniversary this year. What do you think it is about Batman that means so much to so many people, and why is it we’re still celebrating him after 80 years? 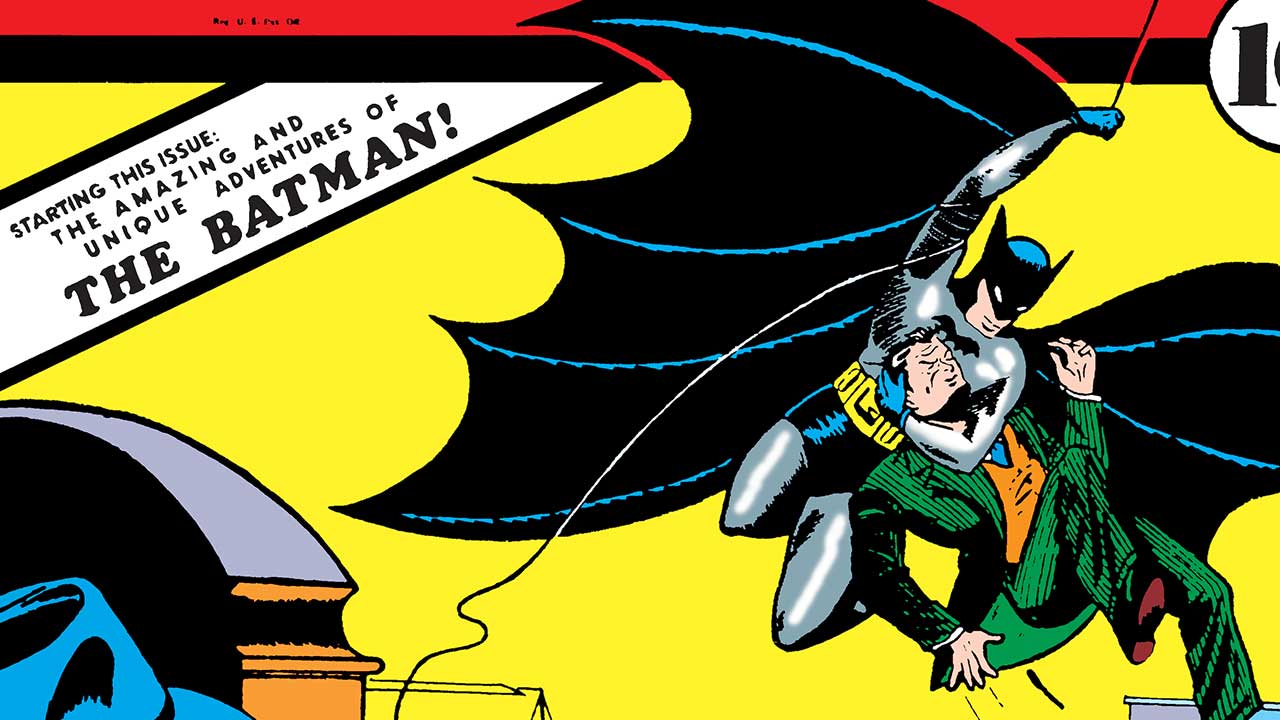 Go back to 1938, right? Superman’s just out. It’s a huge success. They’re looking to repeat it. You’re in New York. You’re three years out from the Nuremberg Laws, right? So, Jews are being rounded up. War is starting, Poland’s about to be invaded, and you have two Jewish children of immigrants, recent immigrants. Their parents, English isn’t their first language. Growing up poor in the Bronx, desperate to get out. At the same time, you’ve got Madison Square Garden, that’s where a Nazi rally is. That’s like 13 blocks from where Batman was created. It’s all contemporaneous. Here are these Jewish kids watching the whole world burn, and someone says to them, "Can you create another Superman?" And they come up with a super hero that has no powers, but will somehow overcome all the obstacles, right? There’s something just essentially American about it. There’s something about the immigrant experience and there’s something about defying the odds. There’s something about combining the low art of pulps with that. Yeah. There’s something essential about it. To me, it’s as pure as jazz.

It seems inevitable. It was created by these people whose world was falling around about them, and they’re just desperate to get money. Bob Kane, he didn’t care about anything except how to pay his bills. No offense to him. That’s who he was. But there’s something wonderful about that. He wasn’t aiming for the stars. He was aiming to feed his family. And give a middle finger as well. I think that just transcends, he would still feel the emotions of that turbulent time. A time when everything was falling apart, and people felt hunted in the streets, and Batman was a solution.

That shows in your work on the character as well, because no matter how operatic it gets, there's a pragmatic quality to it.

Yeah. In my Batman, I don’t use captions. There’s no interior monologue in my Batman. So you’re never inside his head. You’re just watching it from the outside the whole time. And so, people are like, "It seemed impersonal, but as it went on, it got more and more personal." Because I think that’s the only way I know how to write, to make myself the character, and through that, to make the readers the character. So if you’re reading the book and you’re enjoying it, I think you have to somehow live inside that person, and you can’t live inside a god for too long. It’s easier to live inside a man.

Are you a Tom King fan? Let us know in our Community!