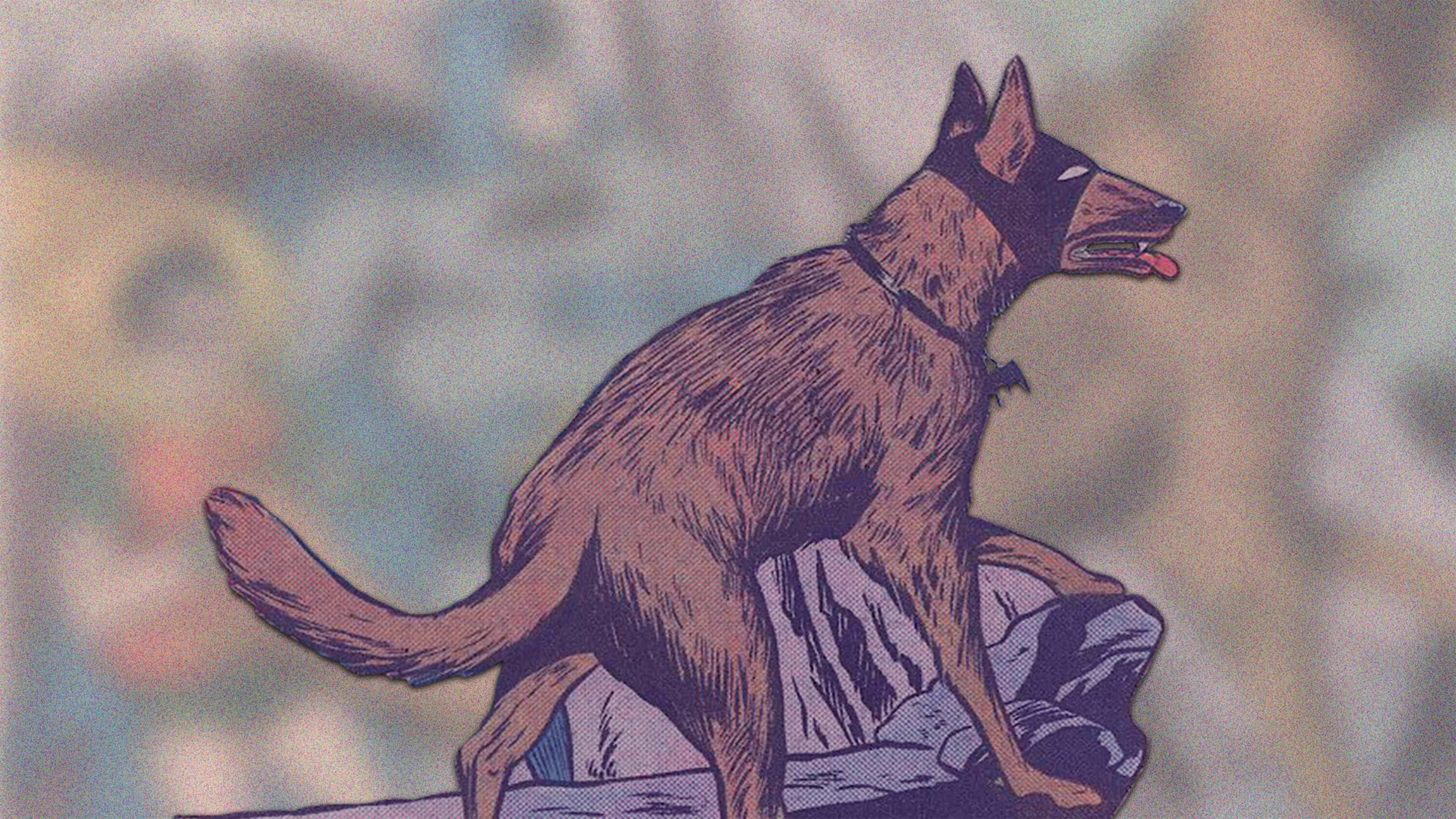 Season 2 of DC Universe’s Titans was filled with awesome new characters and cool comic book moments, but everyone is singing the praises of the series breakout star – Krypto! The super canine stole the show and left audiences wanting more. He is a good boy after all! Sadly there are no new episodes of Titans until season 3 premieres this fall, so it will be a while before you see some awesome good boy moments from Krypto. The good news is DC has plenty of other amazing doggos to admire during your wait. If you’re a pet lover and want more canine content, here are 5 awesome DC Universe doggos!

It’s a Dog’s Life: Keeping up with Batman is a difficult task for most people, but Ace the Bat-Hound is always ready to defend Gotham from injustice. The Bark Knight first met the Dynamic Duo when his owner was kidnapped, and he used his keen senses to help track him down. Ace wore a mask so nobody would recognize him as a dog that had previously been seen with Bruce Wayne, and it was adorable.

Dog Tricks: Ace had his own radio collar that instructed him to do cool tricks like donning his mask, tracking down the Dynamic Duo, and even rescuing them from locked rooms. Good boy Ace!

Human Pal: John Walker for a time, then gifted to Bruce Wayne.

Recommended Reading: Batman Family #5 (which reprints his debut from Batman #92) 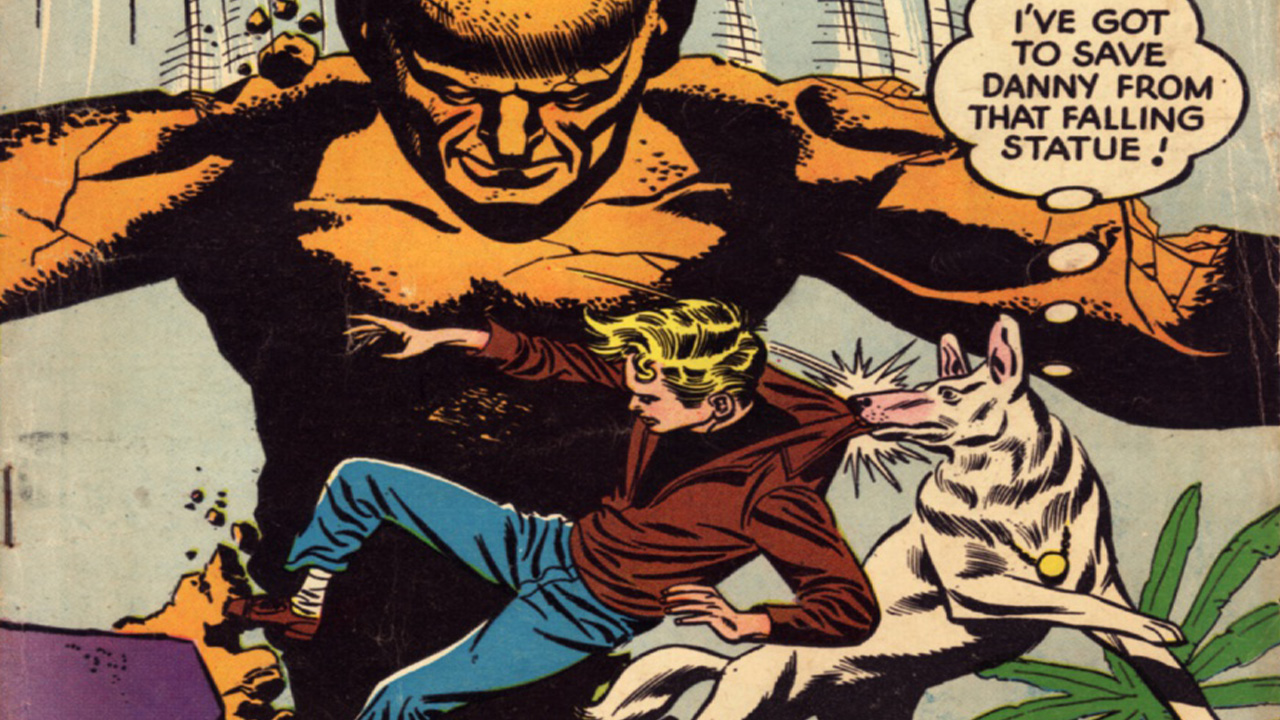 It’s a Dog’s Life: Rex was the test subject for a potential super soldier formula, and once it was administered to him he received enhanced senses, super stamina, and ultra-intelligence. Rex used his new abilities to help out anyone in trouble, because that’s just the type of thing a good doggo like him would do. He even starred in his own title The Adventures of Rex the Wonder Dog which lasted for 46 issues in the 1950’s, making him the first DC doggo to headline his own comic.

Dog Tricks: Rex has more badges and awards than a room full of Boy Scouts. He’s been given a series of military medals for his heroic deeds, and was named an honorary fire chief. He’s also the member of multiple supergroups, including the Ravers and Shadowpact.

Human Pal: Major Daniel Dennis is considered Rex’s “owner” but this canine is a wandering spirit who makes friends wherever he goes. 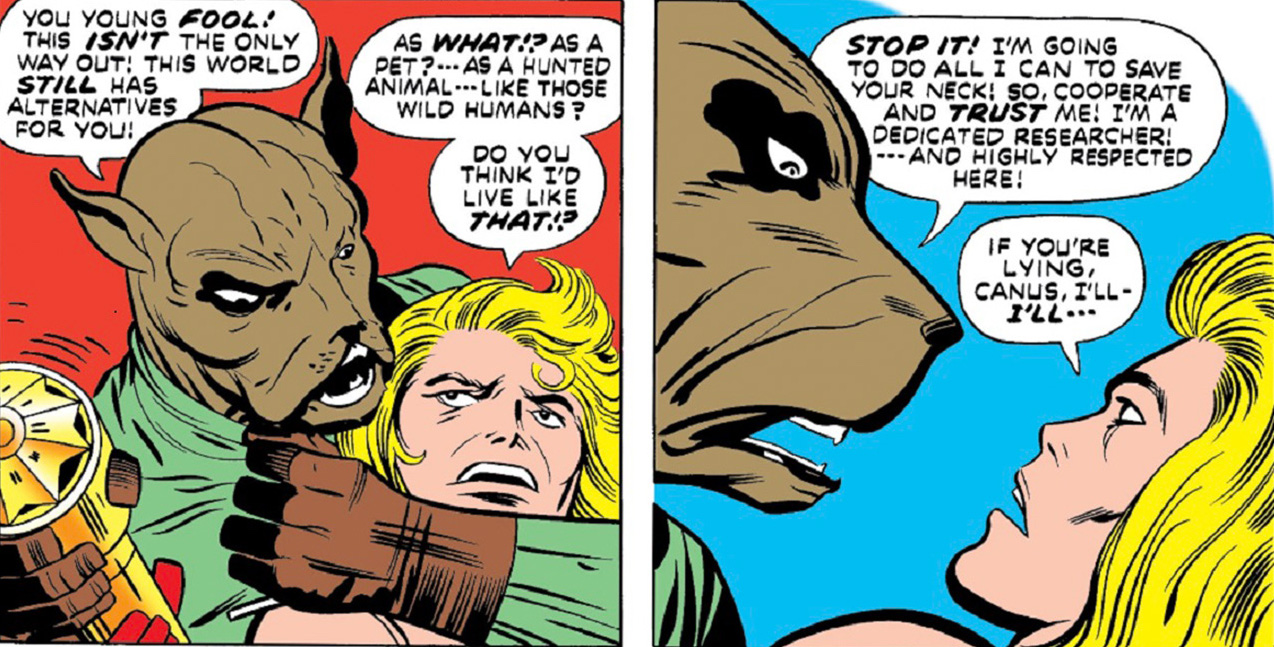 It’s a Dog’s Life: Doctor Canus is from a race of Dog People who evolved into intelligent beings as a nuclear disaster wiped out most of humanity. He served as a scientist for the Tiger Empire, and was fascinated by strange species known as humans. While the Tiger Empire saw humans as little more than pets, Canus showed them compassion vowed to help them in their quest for survival.

Dog Tricks: Doctor Canus is an intellectual and is above parlor tricks like rolling over and playing fetch. Doctor Canus focuses on more distinguished tricks, like earning a Ph.D. and the pursuit of scientific discovery.

Human Pal: Doctor Canus is an educated canine who has no need of “owners” and would find a leash demeaning. He has befriended the human boy Kamandi, but Canus holds the collar in that relationship. 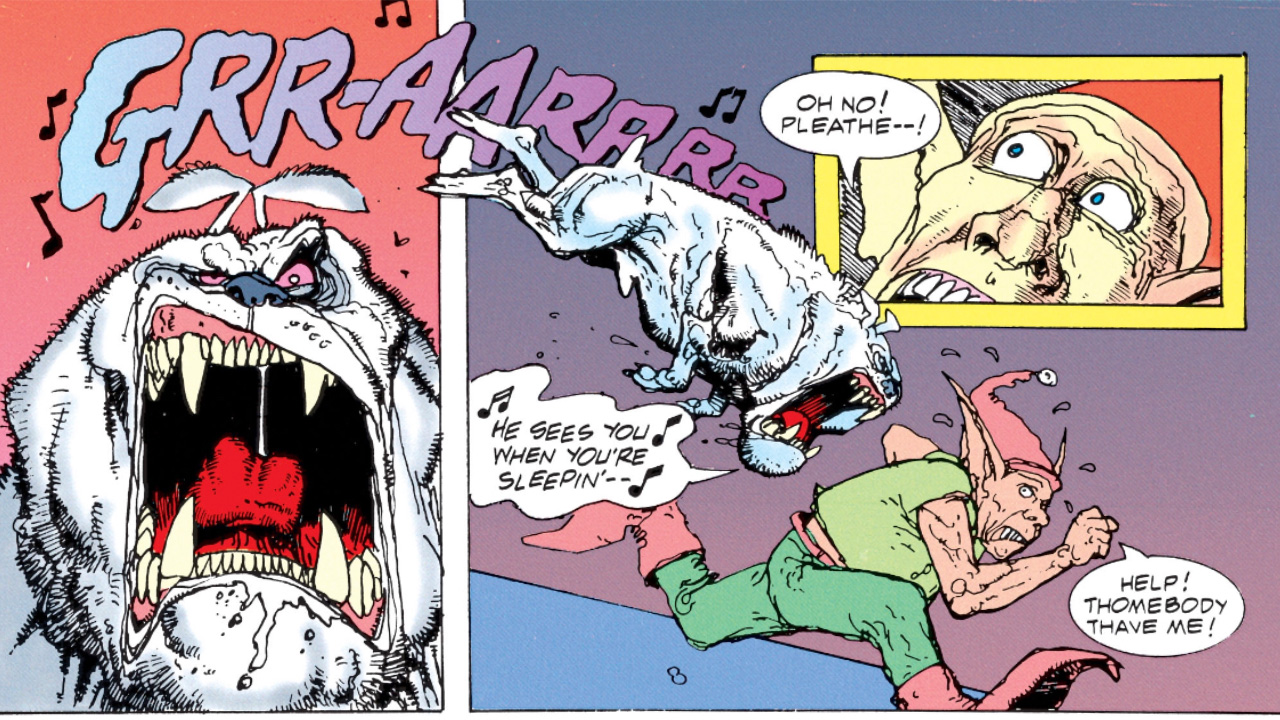 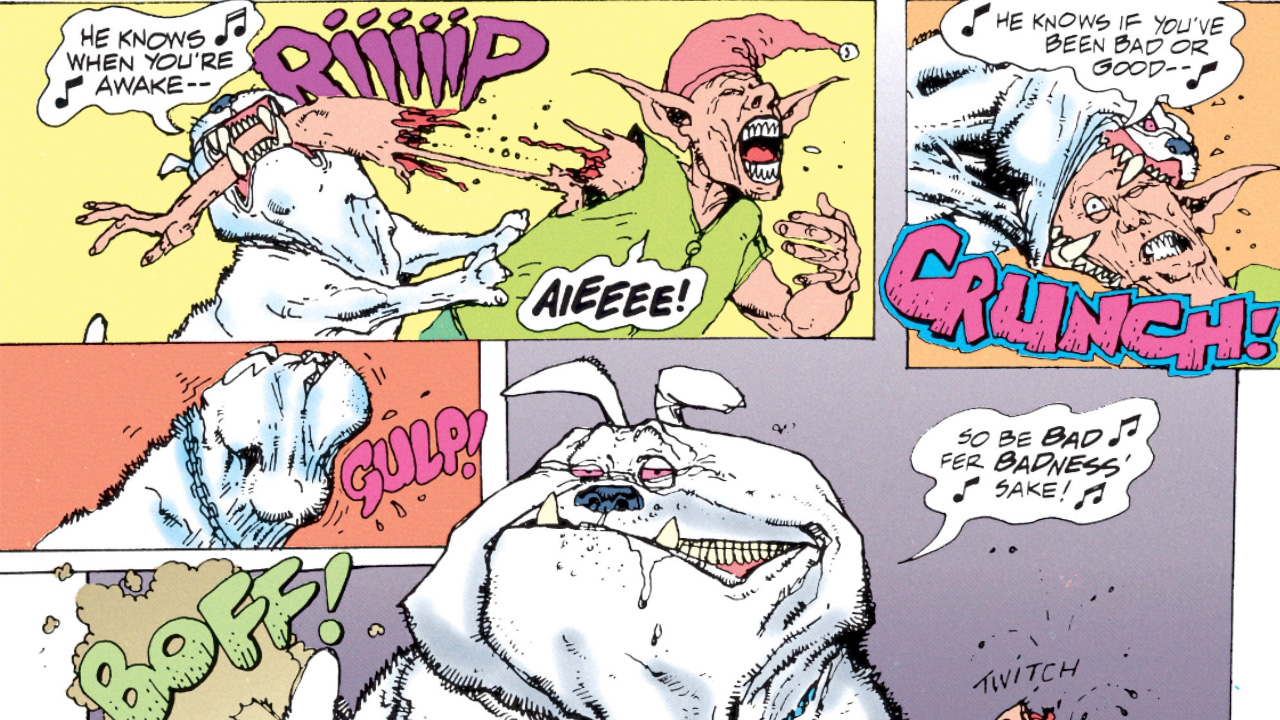 It’s a Dog’s Life: Dawg is an extra-terrestrial mutt that began following Lobo around in the 1990’s. They say that a dog and their owner will begin to mimic one another, and Dawg was every bit as vicious as the Main Man. Like most canines, Dawg protected his buddy and tore apart anyone who tried to harm Lobo. Entire mausoleums can be filled with the bastiches Dawg dismembered to protect Lobo.

Dog Tricks: Like his buddy Lobo, Dawg can survive extreme conditions like the vacuum of space and he’s been known to shake off deadly plasma blasts. Dawg can also talk, he just chooses not to at times since most bastiches aren’t worth the effort.

Human Pal: Lobo is Dawg’s best pal, although it would be hard to consider Lobo human. 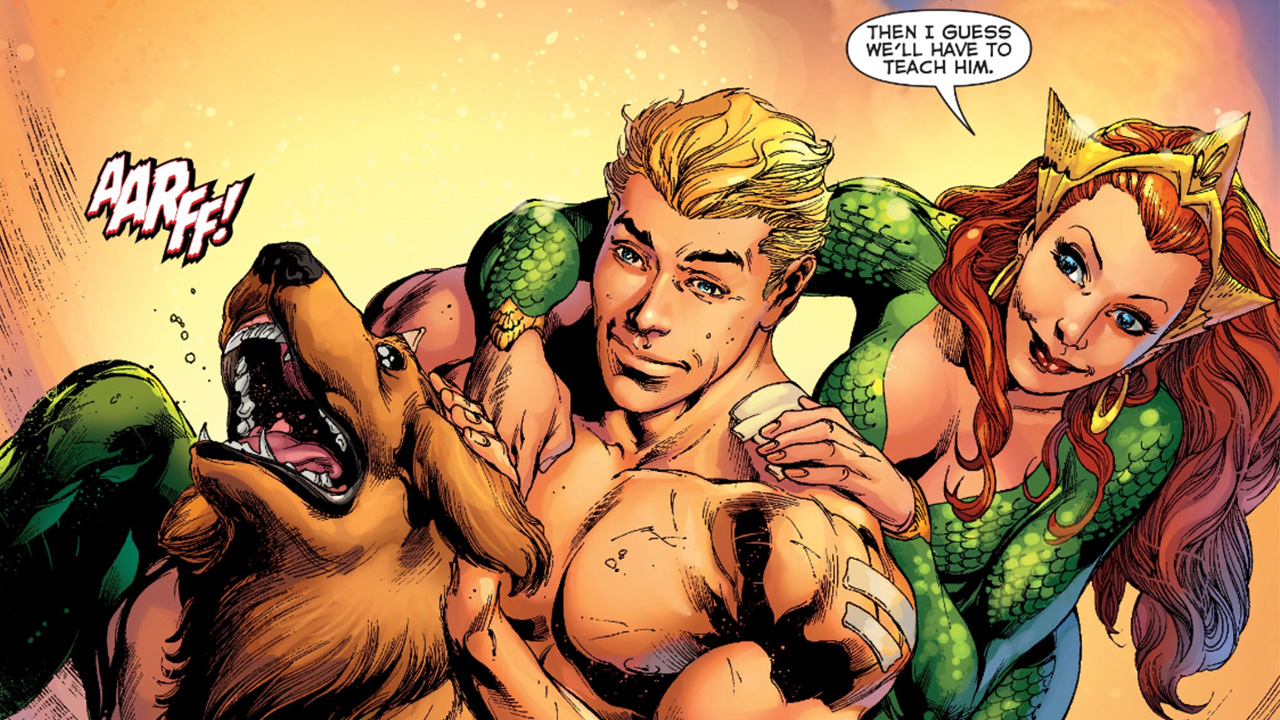 It’s a Dog’s Life: Aquaman and Mera first met Salty when they freed the dog from the Trench’s underwater lair. A deputy learned the dog’s owner didn’t survive the experience, and suggested that Aquaman and Mera adopt the orphaned dog. In a way, it’s similar to how Batman met Robin, except this story has dogs, and everything’s better with dogs.

Dog Tricks: Salty is a hero in his own right. He’s helped Aquaman find and rescue trapped humans under debris, and has helped comfort the Atlantean Royal couple when they’re feeling torn between their two worlds. It’s a big weight to put on a dog’s shoulders, but Salty is up to the challenge.

Human Pal: Formerly Janet Reed, until she was killed by the Trench. Salty is now best buddies with Aquaman and Mera. Does this make him a royal dog?

CANINES WHO DIDN’T MAKE THE CUT 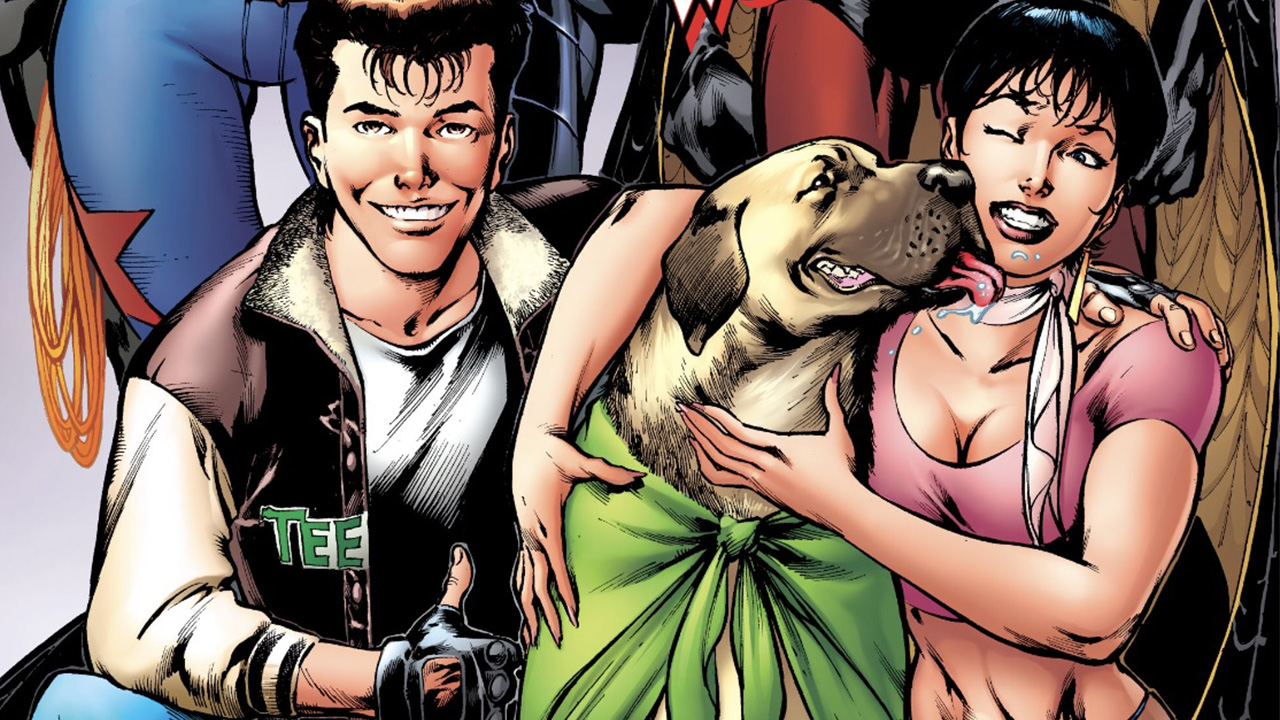 The DC Universe is full of many awesome doggos, but a few of them fell short of being good boys and couldn’t make the cut. Wonder Dog is a fondly remember canine from the first season of the Super Friends animated series, but he wound up eating Marvin in Teen Titans #62 which isn’t good dog behavior.

We’ve had lots of requests to put Wild Dog on this list, but we need to remind everyone once again that he’s not a real dog. Wild Dog is a codename, and under the hockey mask he’s a human. He’s standing on his hind legs and has fingers instead of paws, so we’re not sure why people keep making this mistake.

Which extraordinary dog do you want to pet? Let us know in our Community!