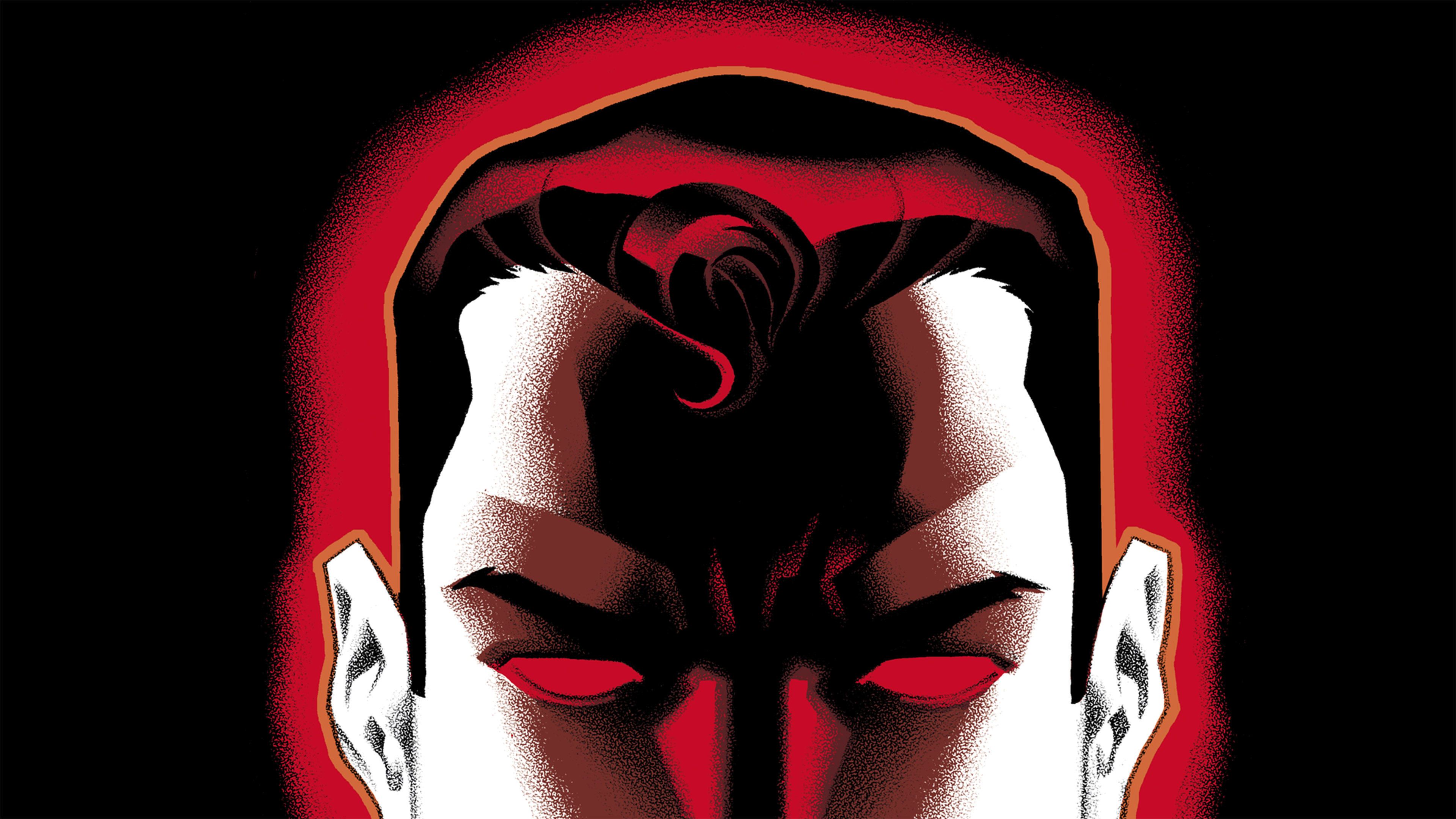 Have you checked out Superman: Red Son yet? The latest DC animated feature, based on the 2003 Elseworlds limited series, has arrived on DC Universe, and takes a look at what would happen if Superman decided to take over the world. Obviously something like that would never happen in the DC continuity we know and love right? Well…it turns out that when you’re an overpowered Kryptonian on a planet of mortals, the temptation to go full fascism can be hard to fight. Superman has dabbled in dictatorship on multiple occasions, and readers have witnessed how the ends don’t always justify the means. In the spirit of Superman: Red Son, here are 7 times the Man of Steel went full tyranny… 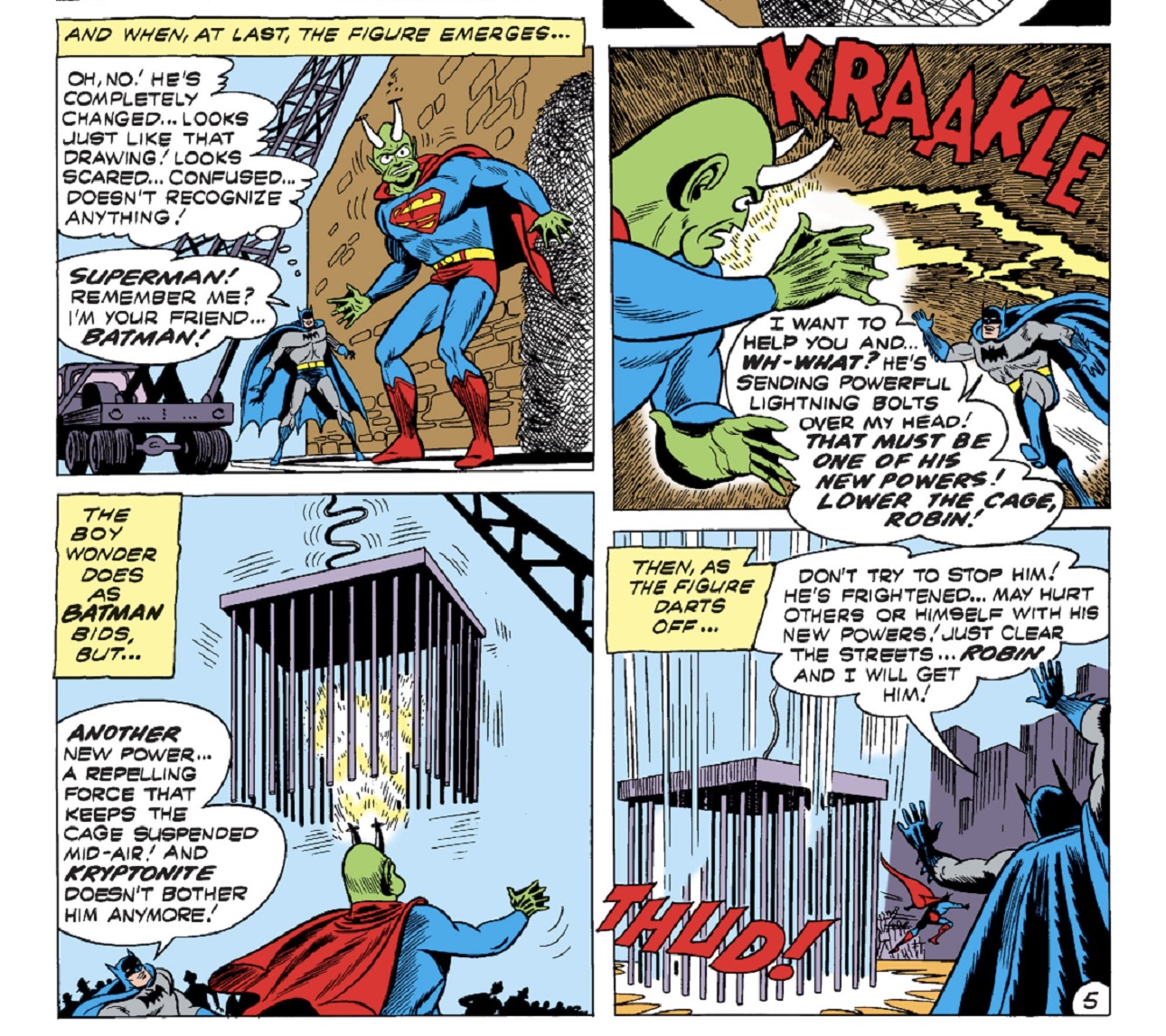 The Story: Superman undergoes a strange transformation, which turns him into a green sci-fi creature. Batman and Robin remark that he’s turned into an alien, forgetting that Kryptonians are already aliens. Anyway, Alien-Superman goes on a rampage against humanity. It turns out that the Alien-Superman was an imposter, but that didn’t stop the real Man of Steel from cosplaying as the Alien-Superman to troll Batman and Robin, because disguising yourself as a dangerous intergalactic warlord is totally a good idea.

Ends Justify the Means: Superman breaks Batman's wrists in this story. Then he's given a framed picture of an alien police chief as a reward for helping to capture the real criminal. Did that justify breaking Batman’s wrists? Probably not, but it was a dope picture.

The Story: While speaking before the United Nations, Superman demanded to be proclaimed King of Earth. After a few threats, the world leaders complied, and the Man of Steel went all MTV’s Super Sweet Sixteen by demanding a big coronation with lots of gifts. He even donned an iconic Pope hat, which is a MUST for all tyrannical Kryptonians.

Ends Justify The Means: Superman ultimately revealed that an evil alien was targeting the world, and that he pulled the warlord stunt as a distraction so humanity wouldn’t worry about it. In other words, he made the world scared of his own alien invasion, so they wouldn’t be worried about an alternate alien invasion. We think he just wanted an excuse to wear that sick hat. 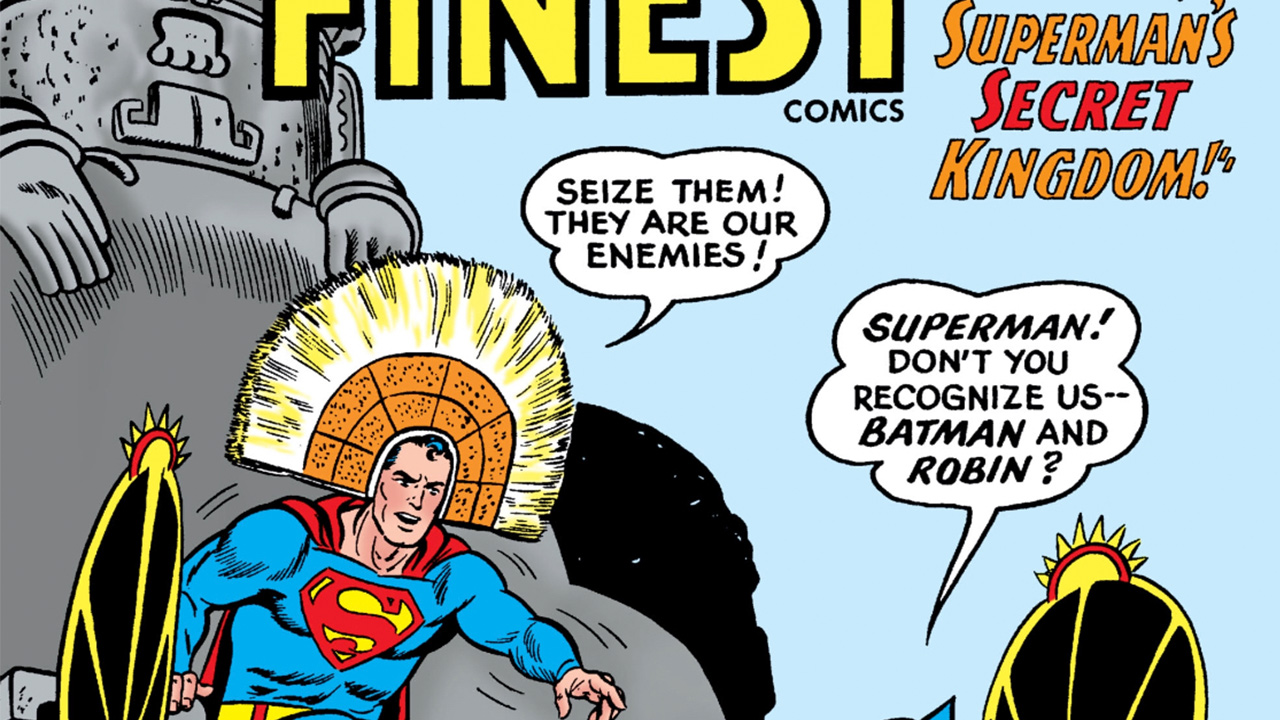 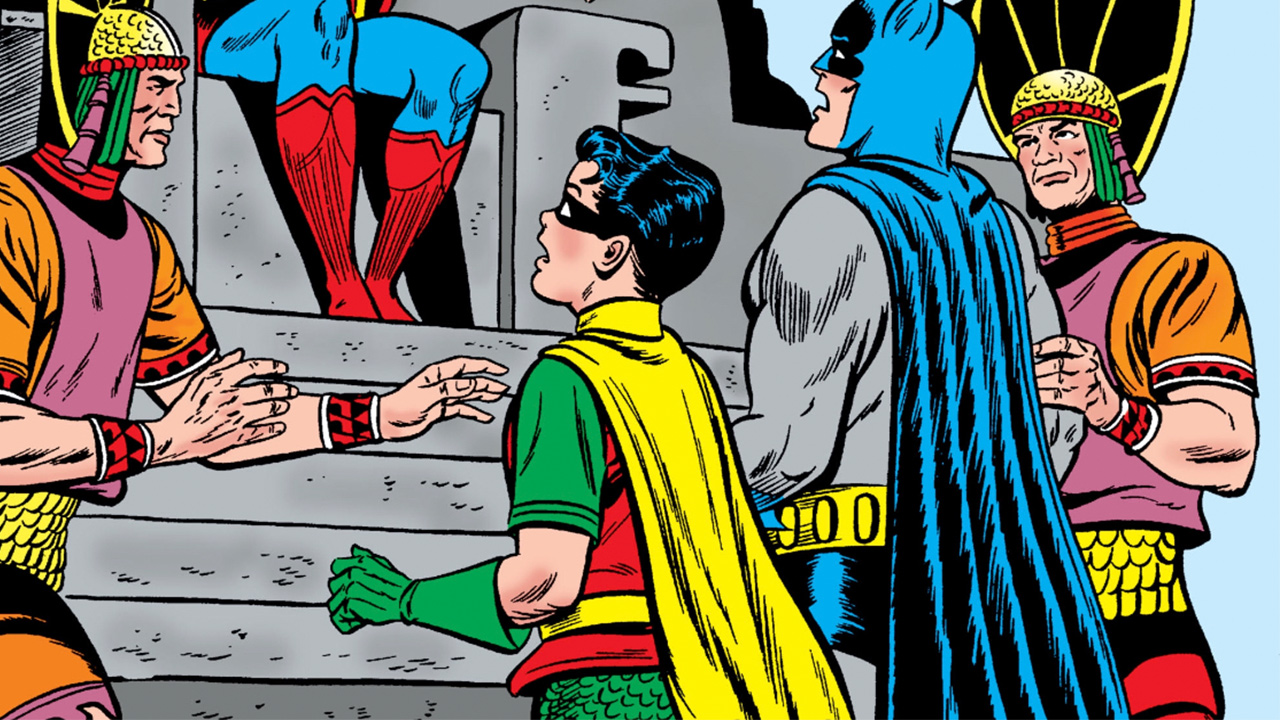 The Story: While patrolling South America, Superman got amnesia and decided to become king of a local Aztec village. It’s weird that when he loses his memory his first instinct is to declare himself ruler, but that’s Silver Age hijinks for you. Aztec King Superman had a cool hat, an army of native warriors, and pyramids that he could lock Batman and Robin up in.

Ends Justify The Means: Robin helped Superman regain his memory by showing him a picture of himself, which is such a weak solution that we question if Superman was faking it the entire time. We wouldn’t put it past the Man of Steel to fake amnesia so he could rule South America. Did the ends justify the means? Absolutely not. 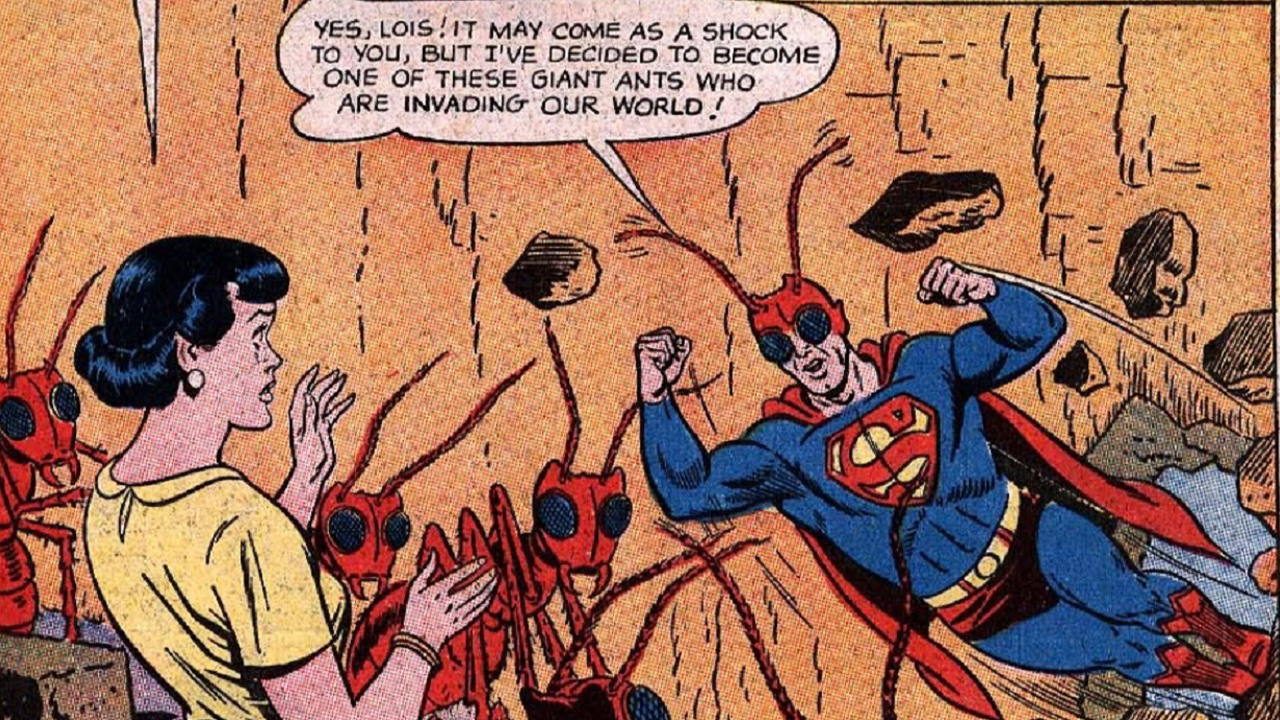 The Story: We're all fools for worrying about murder hornets when the real danger is...ant invaders. In this story the world is invaded by giant ants, and the Man of Steel decides that if you can’t beat 'em, join 'em. “It may come as a shock to you," Superman tells Lois, "but I’ve decided to become one of these giant ants who are invading our world." Hey, why not?

Ends Justify The Means: It turns out that the ants just wanted to rebuild their ant spaceship and never really meant anyone harm, despite the fact that they tore apart our infrastructure, fought our armies, and kidnapped Lois Lane. Superman backed the wrong horse ant.

The Story: Superman and Batman travel back to colonial America, where the Man of Steel quickly surrenders to his worst instincts. Superman leads a witch hunt and makes the perplexed Batman his key target. The Man of Steel riles up the colonists, convincing them to burn Batman at the stake. As if things couldn’t get worse, Superman soon gets bored of these newly minted Americans, and joins the British army in the Revolutionary War.

Ends Justify The Means: Superman eventually explains that he saw a demonic presence inside Batman, and tried to execute him in order to scare the apparition away. Superman also blames his treason on the same demon. In other words, "The devil made me do it." 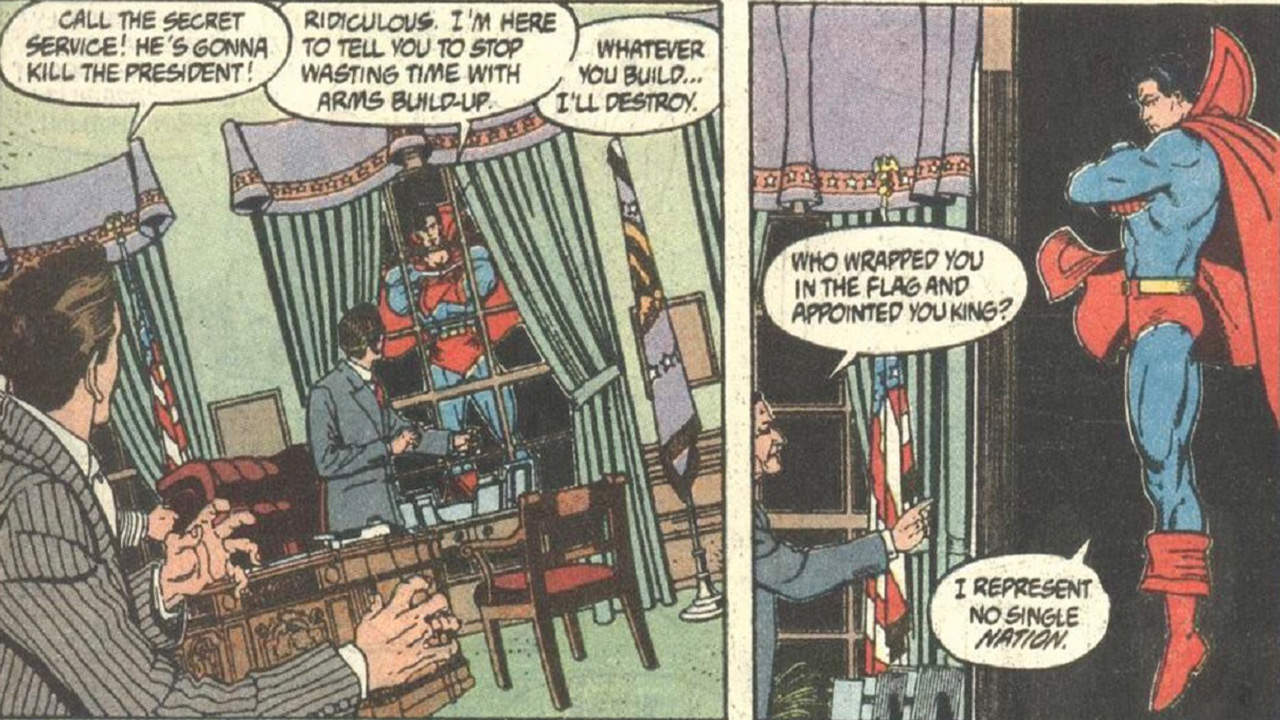 The Story: This issue takes place in a possible future, where the death of Lois Lane sends Superman down a fascist rabbit hole. (Paving the way for his turn Injustice: Gods Among Us.) The Man of Steel decides to gather up all the nuclear weapons of the world. But before things can wind up like Superman IV: The Quest for Peace, Superman decides to steal from rich countries, and donate to poor ones. Think Robin Hood, but on a global scale. One thing leads to another, and Superman starts destroying American submarines, resulting in the deaths of US soldiers.

Ends Justify The Means: This alternate future ends with Batman killing Superman. So we’re going to say the ends did not justify the means. 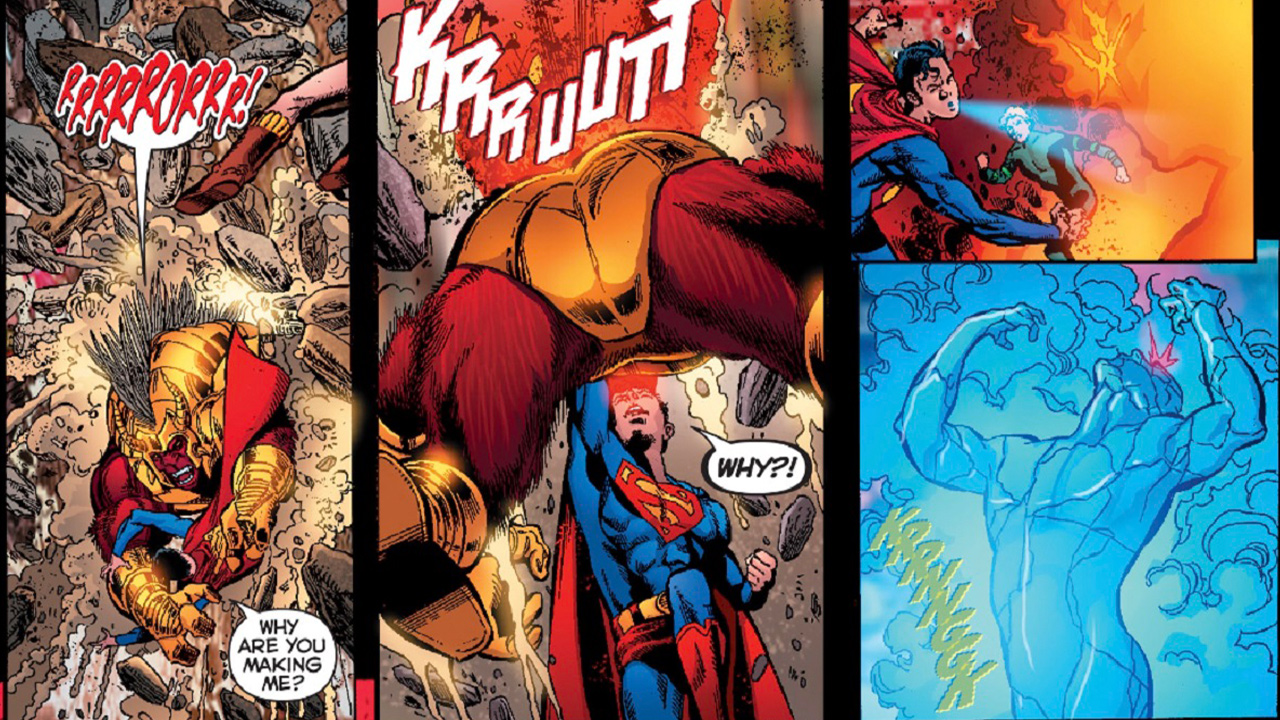 The Story: If you thought one tyrannical Superman was bad, imagine how dangerous two could be! After years in exile, following the events of Crisis on Infinite Earths, Superboy-Prime and Earth-Two’s Superman decide that the DC Universe is too dark and that the original multiverse needs to be restored. It’s a good idea in theory, but the plan involves the Earth-Two Superman trying to erase an entire world he didn’t agree with, and Superboy-Prime dismembering superheroes. Guess which Kryptonian wound up repenting? Hint: the one who didn’t maim his fellow heroes.

Where to Read It: Infinite Crisis #1-7

Ends Justify The Means: The story ended with a new multiverse and a bunch of dead Teen Titans. So no. 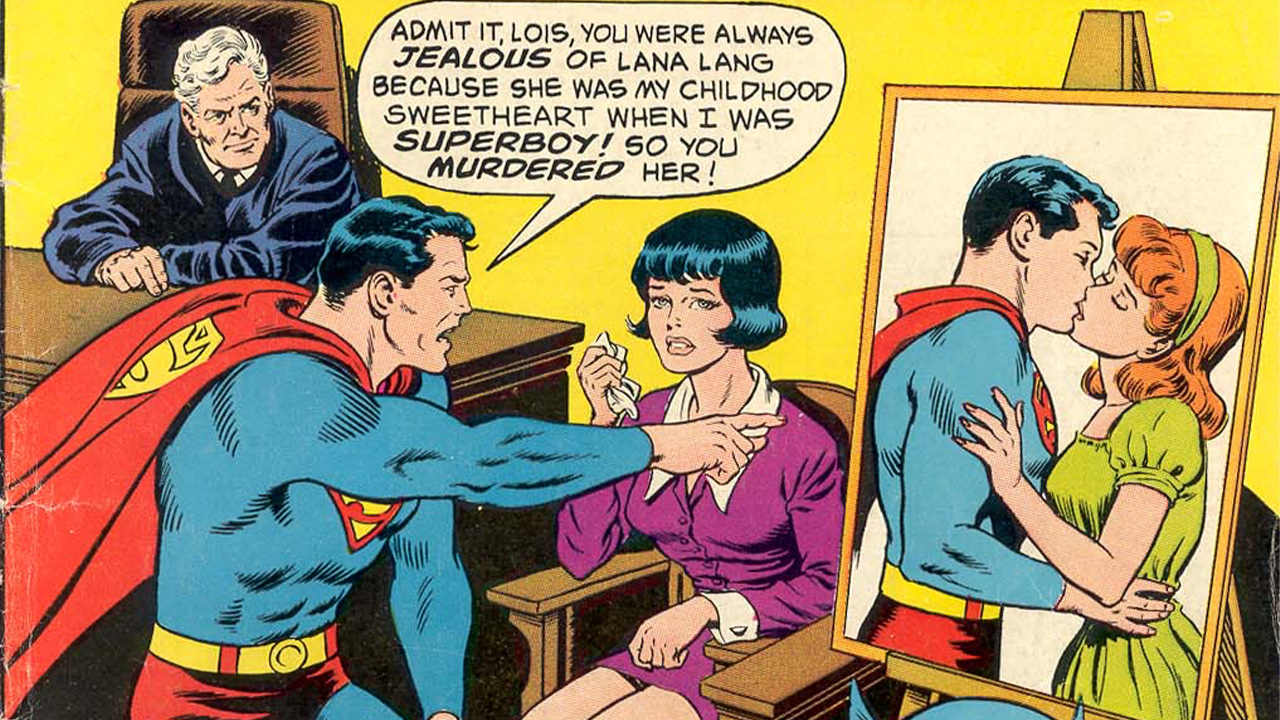 The Story: This one isn’t “take over the world” tyranny, but it gets an honorable mention because of how fiendish it is. When Lana Lang is presumed dead, Lois Lane is the key suspect. The courts decide to appoint Superman special prosecutor on the case, and the Man of Steel does nothing to fight this decision. There are a million conflicts of interest involved in prosecuting your own girlfriend for killing your other girlfriend, and we’re surprised the judge didn’t dismiss this one. He also tried to get Lois the death penalty, which is a special kind of WTF.

Ends Justify The Means: It turns out that Lana is alive, and Lois is exonerated. She even forgives Superman. Although I don’t think this is a story they tell their son Jon.

How would you stop a power-hungry Superman? Let us know in our Community!