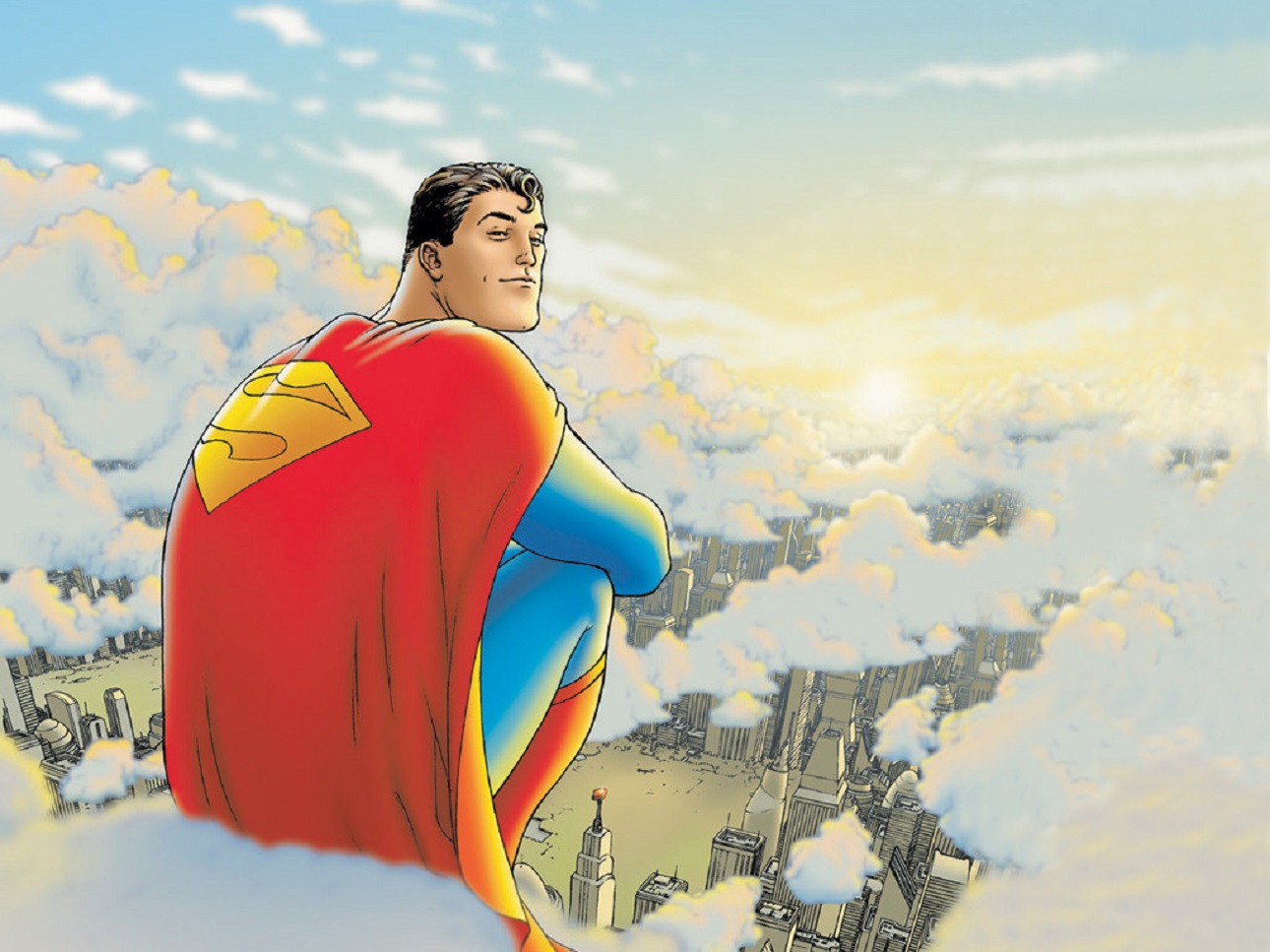 Everyone gets a little salty at times, even in the DC Universe. Fighting -- and committing -- crime can take a lot out of you, and sometimes the heroes and villains of the DCU like to indulge in petty grudges. Do they take things too far? Absolutely, these are the most powerful beings in the universe. Just look at some of the pettiest moments in the DC Universe... 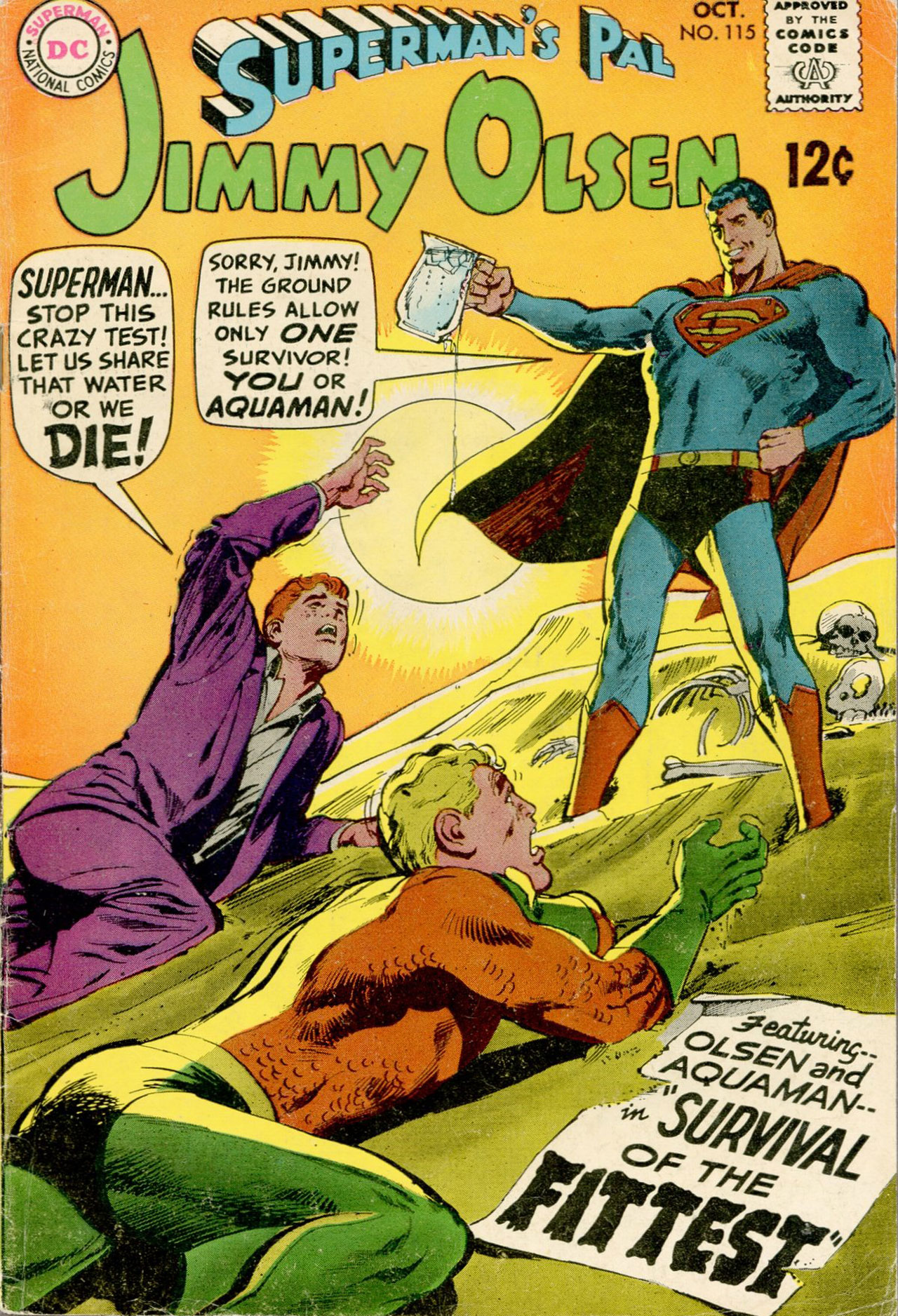 If you want to see an example of super-salt, then look no further than the cover of Superman’s Pal Jimmy Olsen #115. Aquaman and Jimmy are crawling through the desert, clearly dehydrated, and begging for water. Superman has an icy pitcher of water, but he’s not sharing. Just look at the expression on Superman’s face, that’s pure pettiness. He’s withholding water from his dying friends, and he’s clearly having the time of his life. As usual, the inside story reveals that there’s a twist to the events on the cover, but that’s still one of the saltiest superhero images we’ve ever seen. 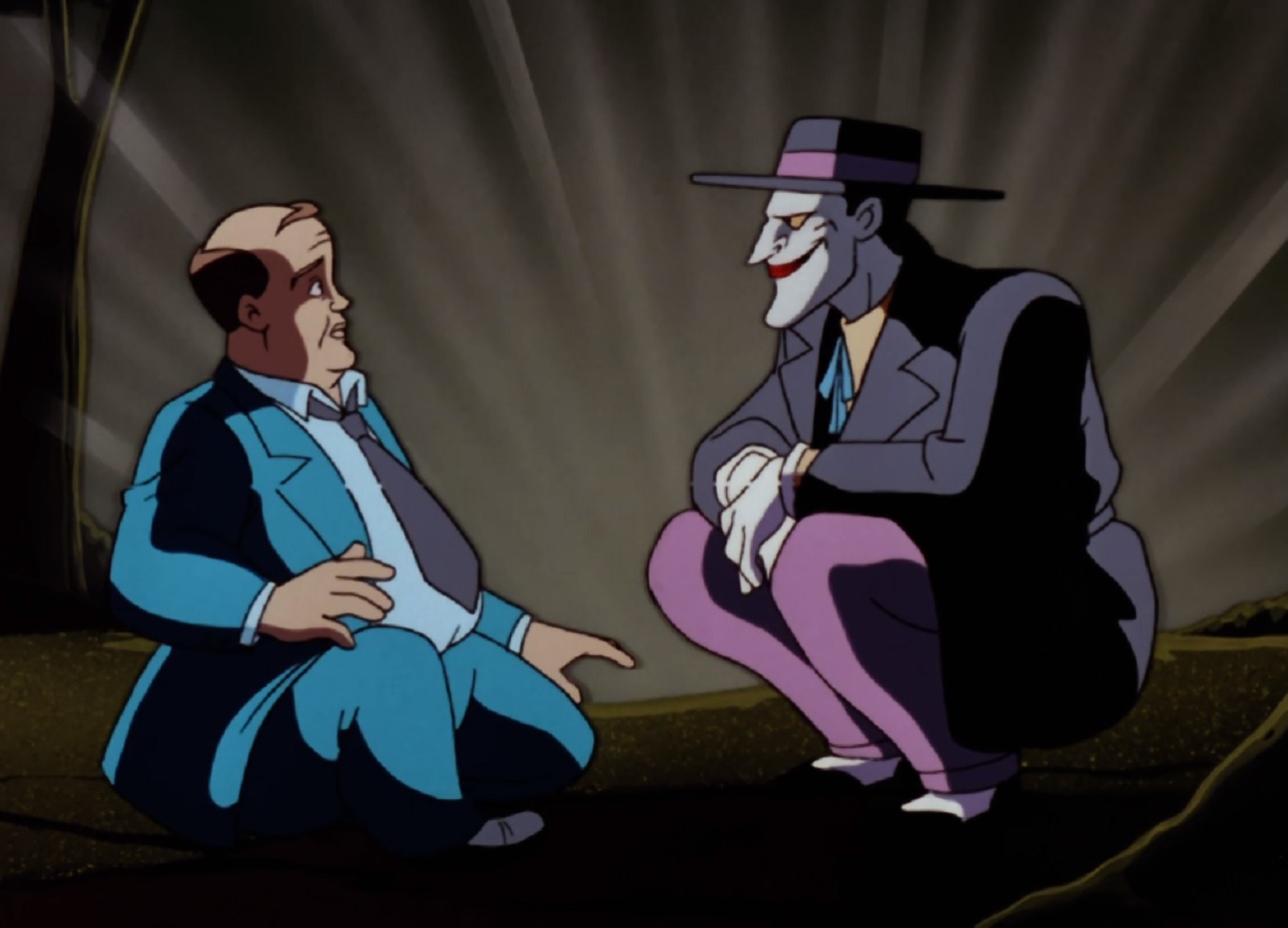 Road rage can make you do crazy things, like stalking a man across multiple states for 2 years. In the Batman: The Animated Series episode “Joker’s Favor” an average schlub named Charlie Collins lost his temper when the Clown Prince cut him off on the freeway. After cursing the other driver out, Charlie was shocked to learn he had just yelled at the Joker. The Clown Prince told Charlie he’d spare his life, if he did him a favor one day. Charlie changed his name, and moved his family to Ohio, but the Joker never lost track of him. Two years later, Joker flew Charlie to Gotham, and handcuffed him to a door during a police gala. Joker had planted a bomb there, and he told Charlie that he needed someone to hold the door. Luckily Batman intervened, but dang, when Joker holds a grudge, he’s committed. As a bonus, this episode gave us the first appearance of Harley Quinn. 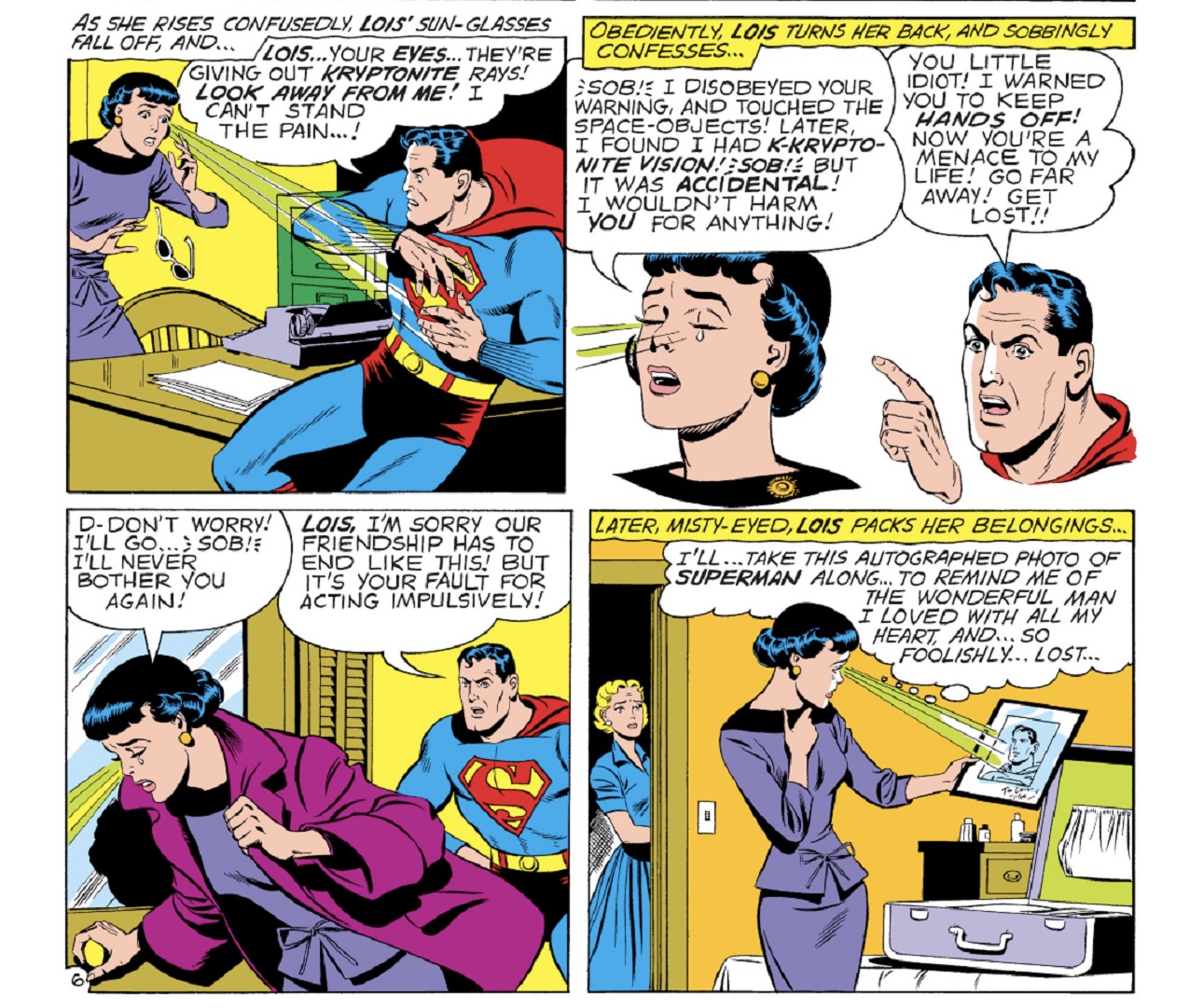 Superman thought that Lois Lane was too curious, so he decided to play a little prank on her. In Superman’s Girlfriend Lois Lane #16 the Man of Steel tricked Lois into believing she had contracted deadly Kryptonite vision. He guilted Lois about this endlessly, forcing her to quit her job, sell her apartment, and start a new life in Alaska. Eventually Clark Kent delivered an “antidote” to Alaska, allowing Lois to resume her old life. In terms of messing with your girlfriend, this one went a bit far. Superman, she had to quit her job and move across the country. And this was all because you were annoyed by her curiosity? 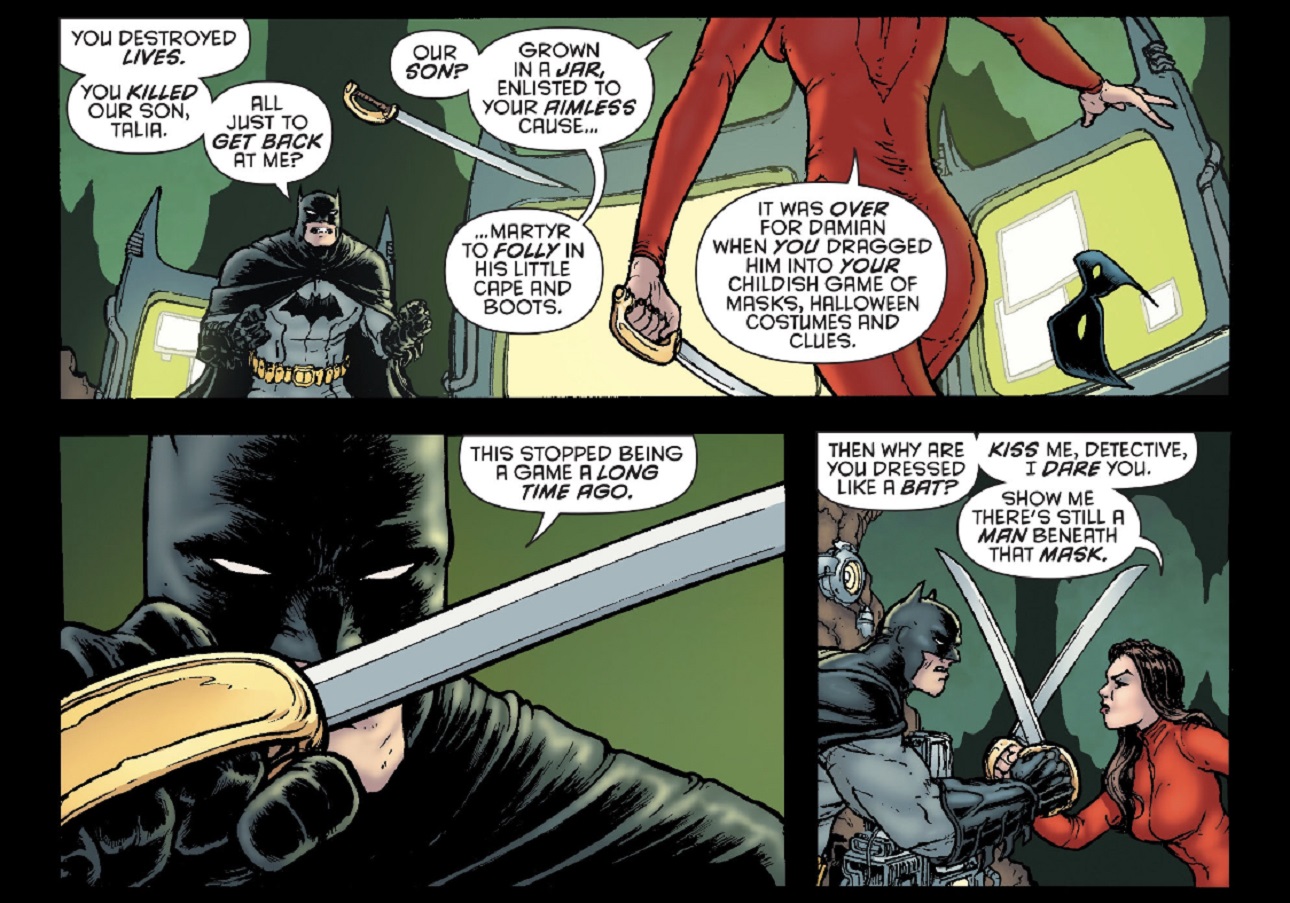 When a relationship ends, sometimes an angry ex will key your car or bust your windows. We’ve all heard the songs.  Talia al Ghul takes things to a new level though. In 2013’s Batman Incorporated #13 Talia revealed that she started the Leviathan terrorist organization because the Dark Knight rejected her romantically. All those worldwide domination plans, and all those dead bodies, it all happened because the Dark Knight didn’t call her back. That’s taking being a scorned ex to a new level. 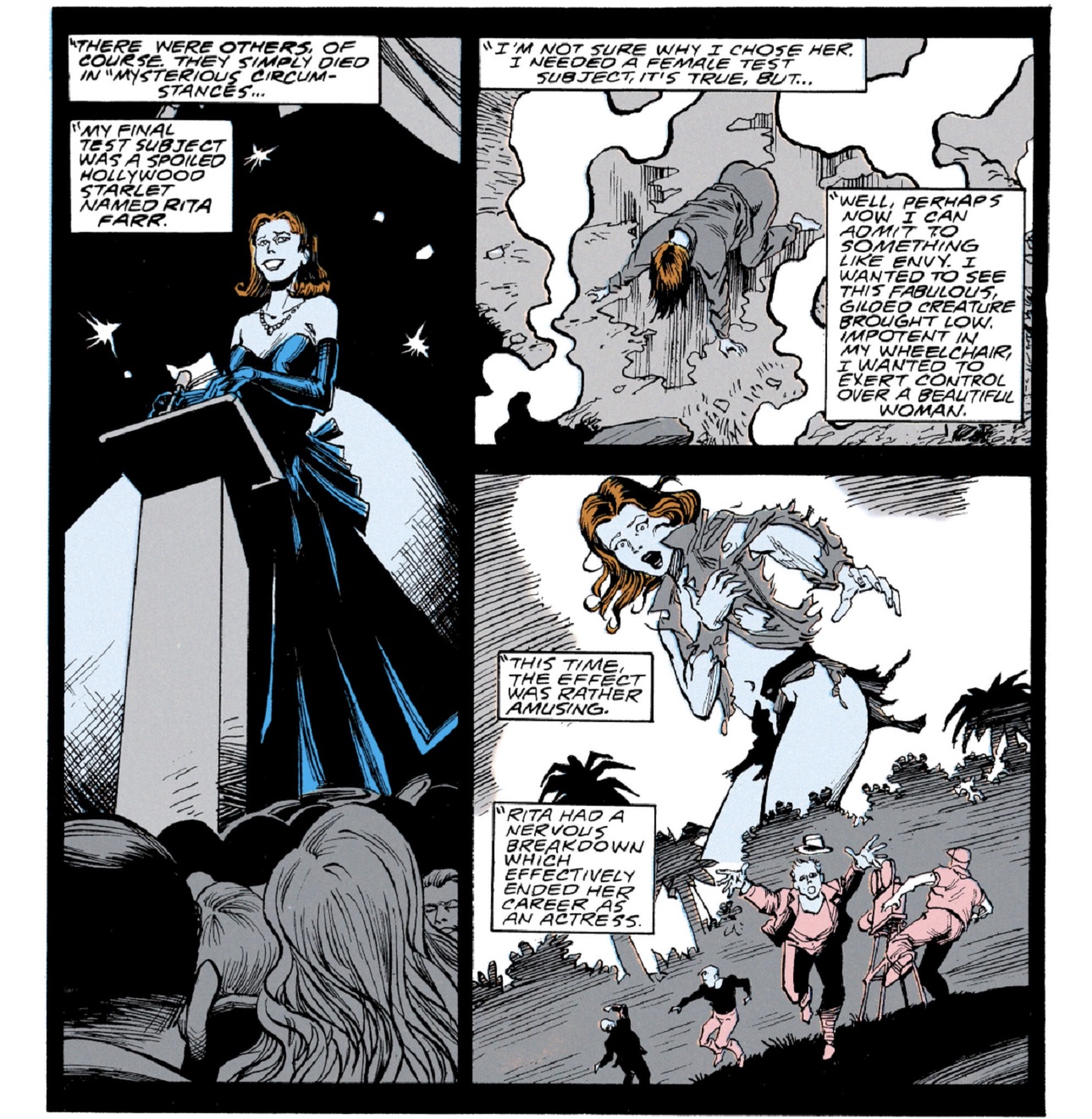 Did you know that the Doom Patrol was created because Niles Caulder didn’t like how smug celebrities were? The petty truth was revealed in 1992’s Doom Patrol #57. Niles was looking for test subjects, and he was jealous of Hollywood starlet Rita Farr. She was a beauty queen, while Niles was living his life in a wheelchair. He engineered the accident that made her become Elasti-Girl so he could ruin her acting career, and bring her down a peg. Shockingly enough, Niles also admitted that he had the power to save Rita from the explosion which killed her (in 1968’s Doom Patrol #121) but he wanted to see what would happen. That’s right, he let her explode BECAUSE HE WANTED TO SEE WHAT WOULD HAPPEN. Niles, you are one salty scientist. 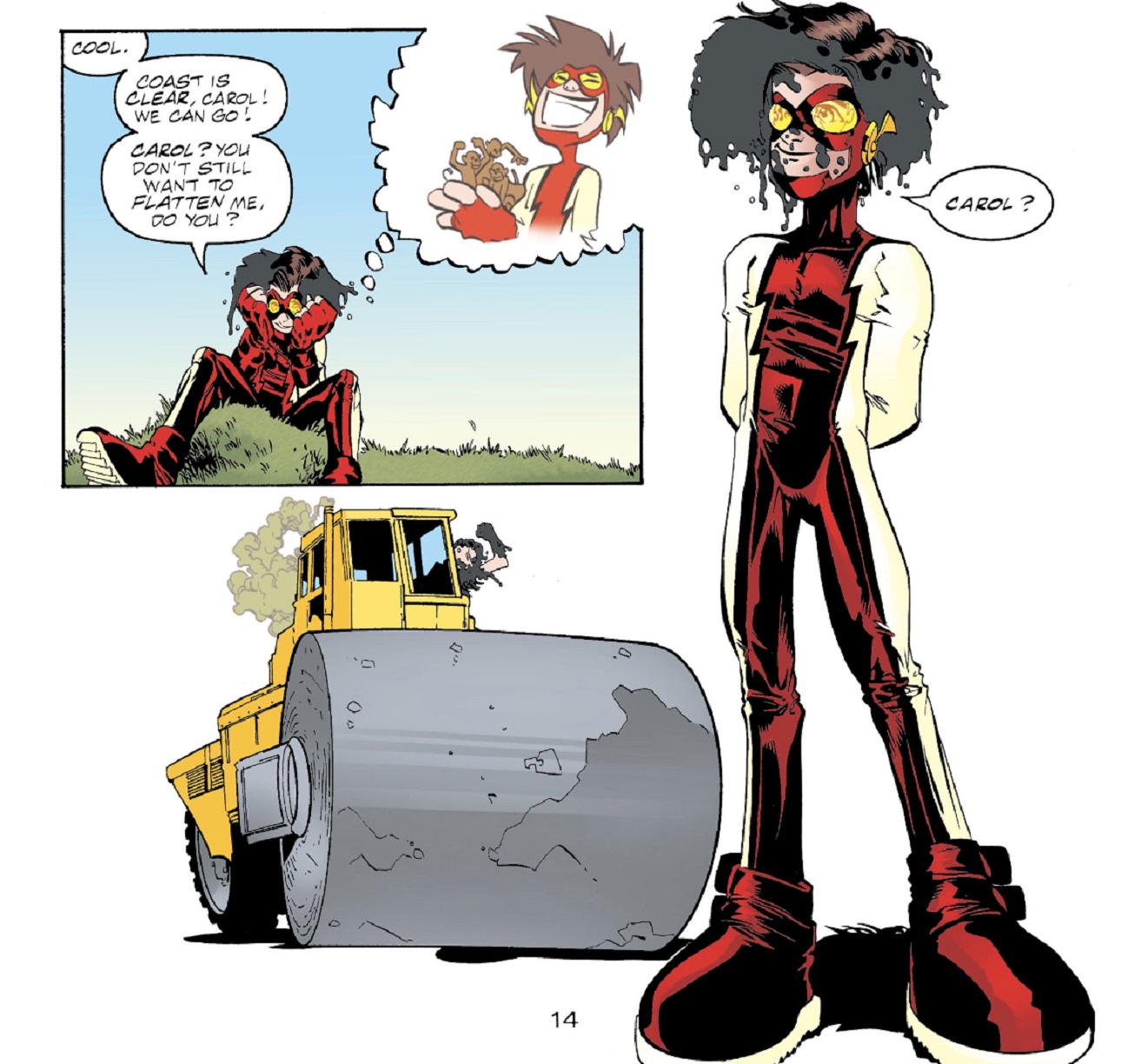 Being Impulse’s friend is exhausting, just ask Carol Bucklen. In Secret Origins 80-Page Giant #1 Bart’s impulsive behavior got him and Carol stuck in a barrel of tar. Like most of Bart’s problems, this one could’ve been avoided if he had used his brain. Thankfully the teens got out, but Carol was covered in tar, which left her feeling extra salty. How did she react? She hijacked a nearby steamroller and began driving it towards Bart. The story ends before we see how that petty moment turned out, but we imagine Bart’s superspeed saved him from being completely flattened. High school friendships are weird. 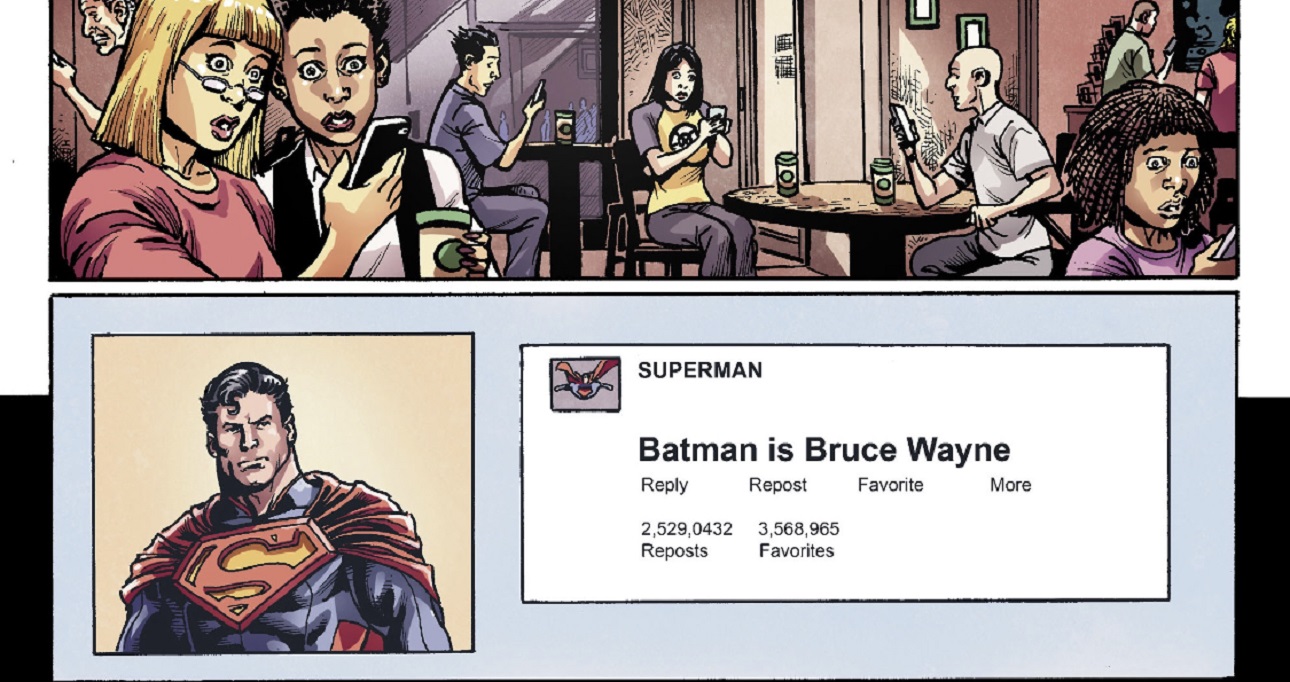 Superman is on this list again? We’ve seen that internet meme about how he’s a real difficult person, but when he and Batman get into a feud, everyone suffers. In Injustice: Gods Among Us #28 their war against one another escalated to the point where Superman tried to reveal Batman’s identity on television. Batman responded by crashing television signals around the world, which meant that millions of people missed Downton Abbey. Superman responded by tweeting out Batman’s secret identity, and the Dark Knight reacted by crashing the Justice League’s satellite. It was basically a contest to see who could be the saltiest, and the world suffered greatly.

What’s the saltiest thing you’ve ever done? Let us know in our Community!