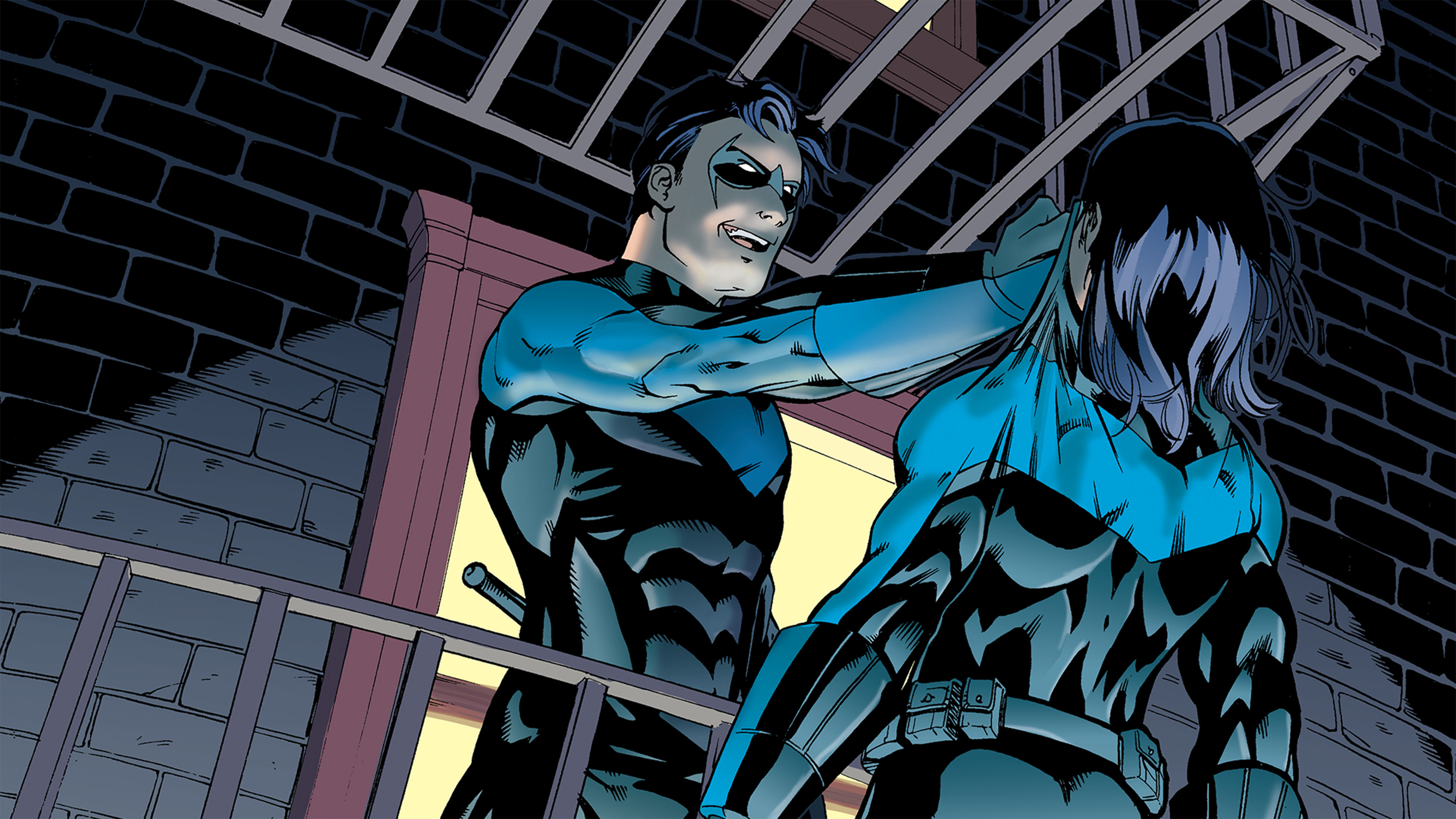 Superheroes are no strangers to playing dress up, but sometimes they can have an identity crisis. Heroes have been known to cosplay one another from time to time, whether it’s to dupe a villain, throw the police off their trail, or just to escape from the norm. We're counting only costume swaps—if we start going down the rabbit hole of mind swaps, we might never see daylight again. With that in mind, let's break down the best times when superheroes pulled the ol’ switcheroo! 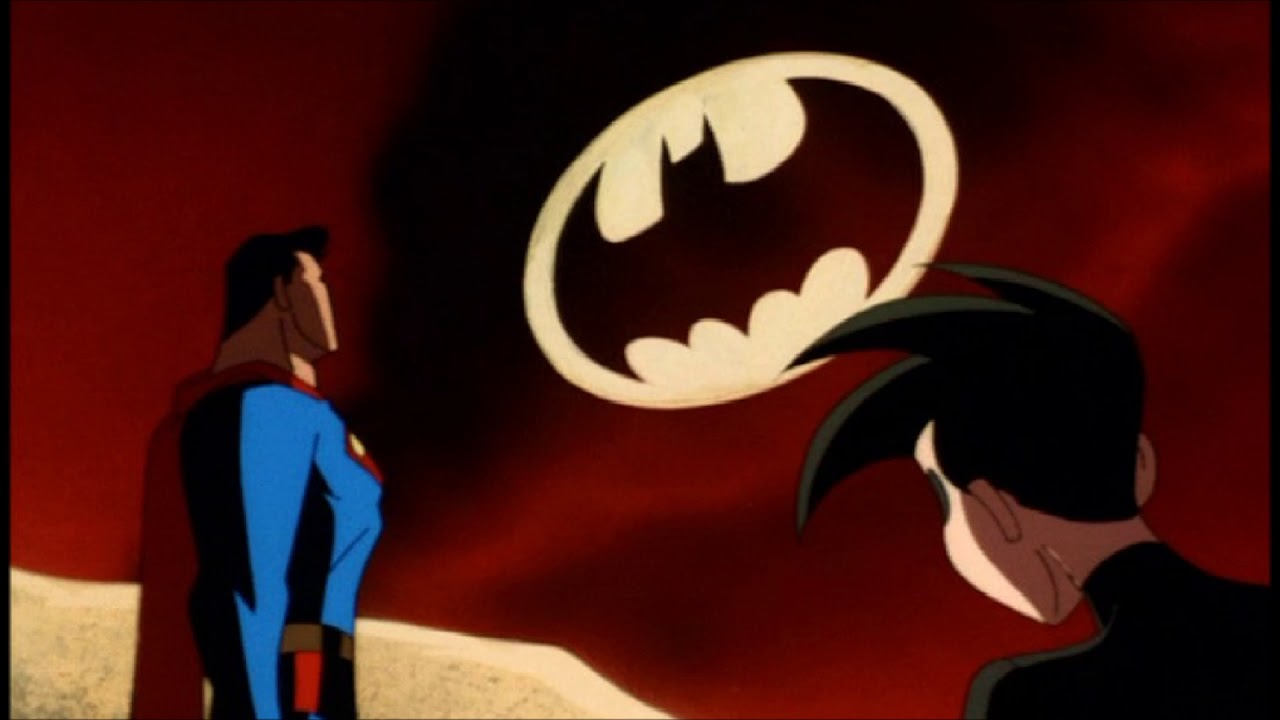 Everyone wants to be Batman, even Superman! The Man of Steel has donned the cape and cowl several times throughout history. One of the most famous iterations was in the Superman: The Animated Series episode “Knight Time.” Superman finds out that Bruce has gone missing and offers to help Robin locate him. Superman pretends to be Batman as to not arouse suspicion. He manages a pretty convincing impression of the Dark Knight too! The new Dyanmic Duo figure out that Brainiac’s nanites have infected Bruce, causing his disappearance and subsequent strange behavior. The highlight of this crossover is when Bane returns to Gotham, twice as strong and challenges Batman. Much to Bane’s surprise, “Batman” easily manhandles the venom-addict causing him to rethink his decision.

BATMAN AS HAWKMAN / SUPERMAN AS SHAZAM 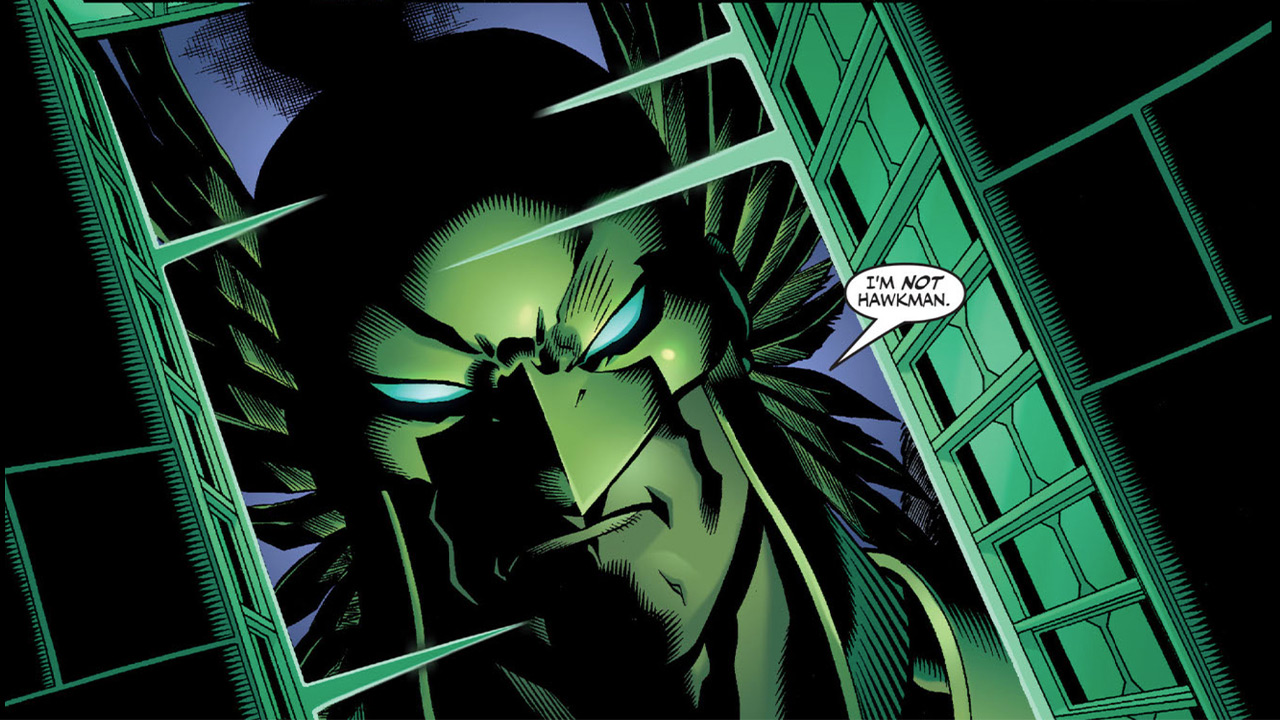 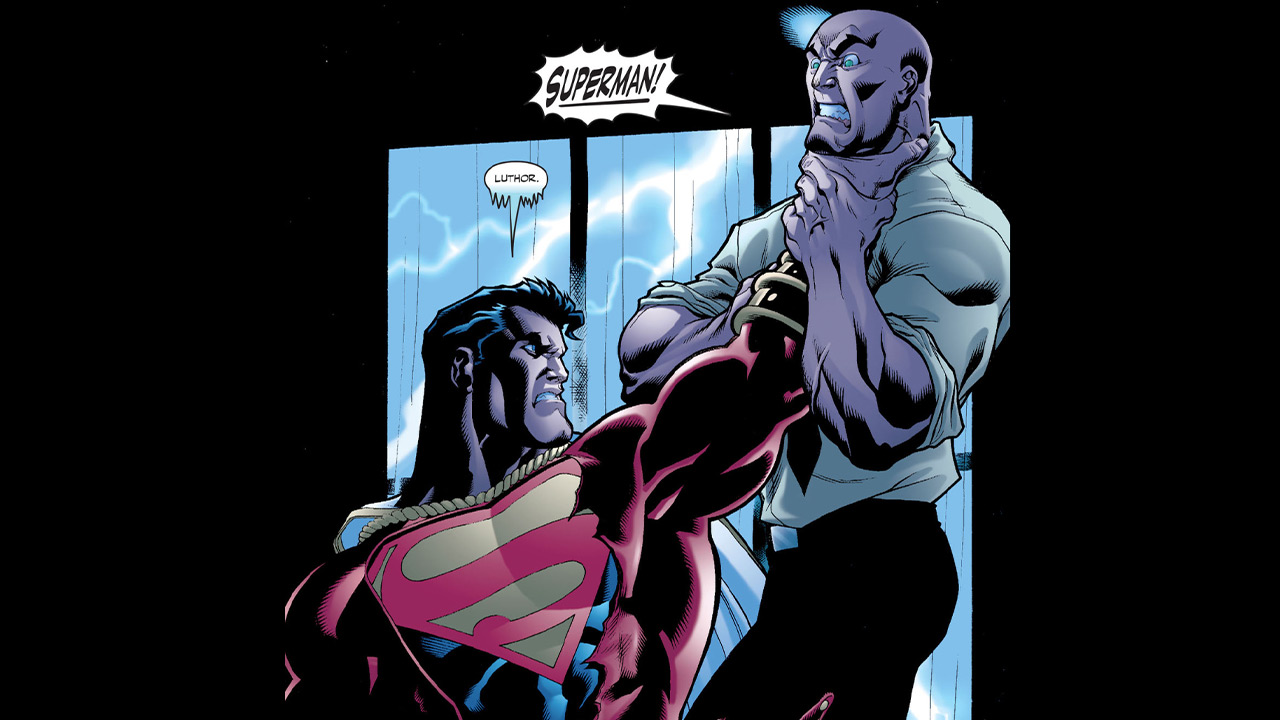 Batman isn’t the only hero that Superman has cosplayed. While on the lam as Public Enemies, Superman and Batman were confronted by Shazam and Hawkman. The two leaguers were ordered by President Lex Luthor to bring in the disgraced heroes. In Superman/Batman #5 Shazam and Hawkman return to the White House, only for Luthor to find out their true identities: Superman and Batman! This is one of the greatest switcheroos comic history as it manages to fool the reader and pull off a badass moment for both heroes. Shazam and Superman have alway been compared in looks, although, I have my doubts that Bruce’s chest is as heroically hairy as Hawkman’s. 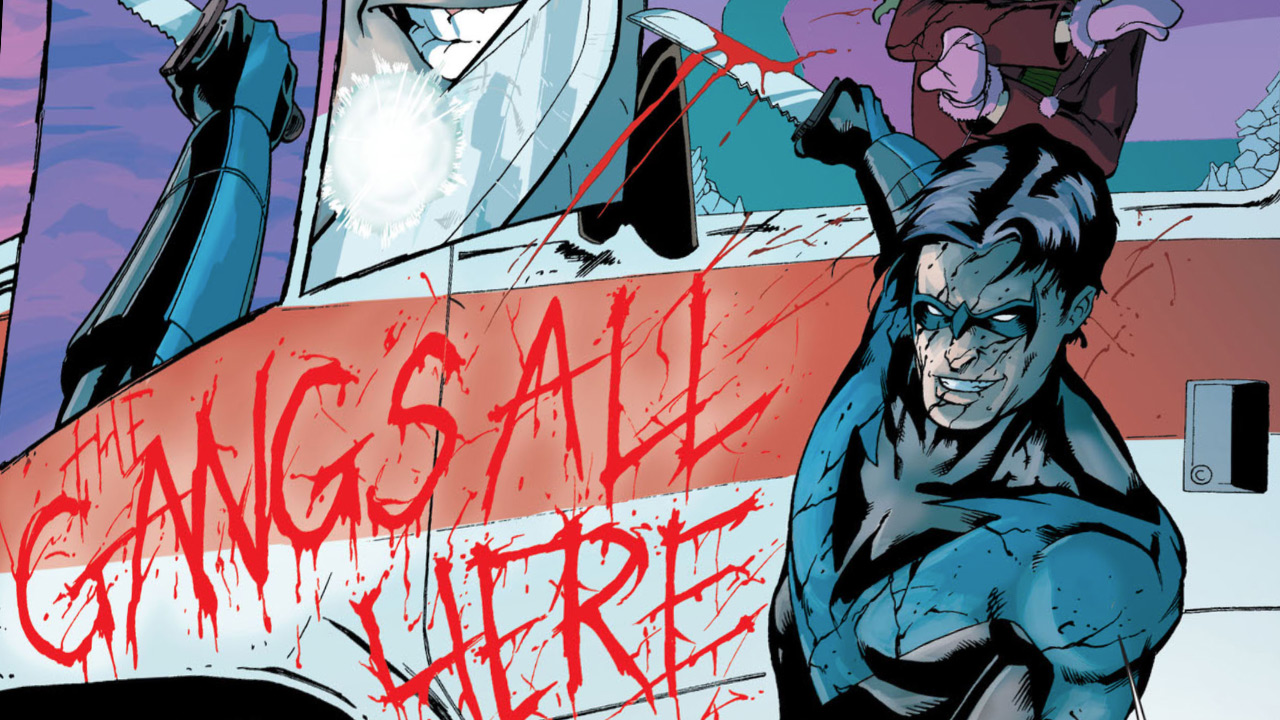 During One Year Later, Jason Todd heads to the Big Apple dressed as Nightwing, carrying out his murderous form of justice on the streets starting in Nightwing #118. Dick Grayson pleads with him to give up the mantle, but Jason refuses and instead offers that they become part of a team. Despite his refusal, Dick later teams up with Jason to solve an even larger mystery. Jason goes back to being Red Hood and Dick begins to clear Nightwing’s name. Jason has some Bat-family issues already, but ruining Dick’s reputation doesn’t stand to solve any problems. Much like Superman and Shazam, Dick and Jason share a strong resemblance (guess Bruce has a passion for dark-haired, blue-eyed sidekicks), but to quote Midnighter, we'd recognize that ass anywhere.

BATMAN AS SUPERMAN / SUPERMAN AS BATMAN 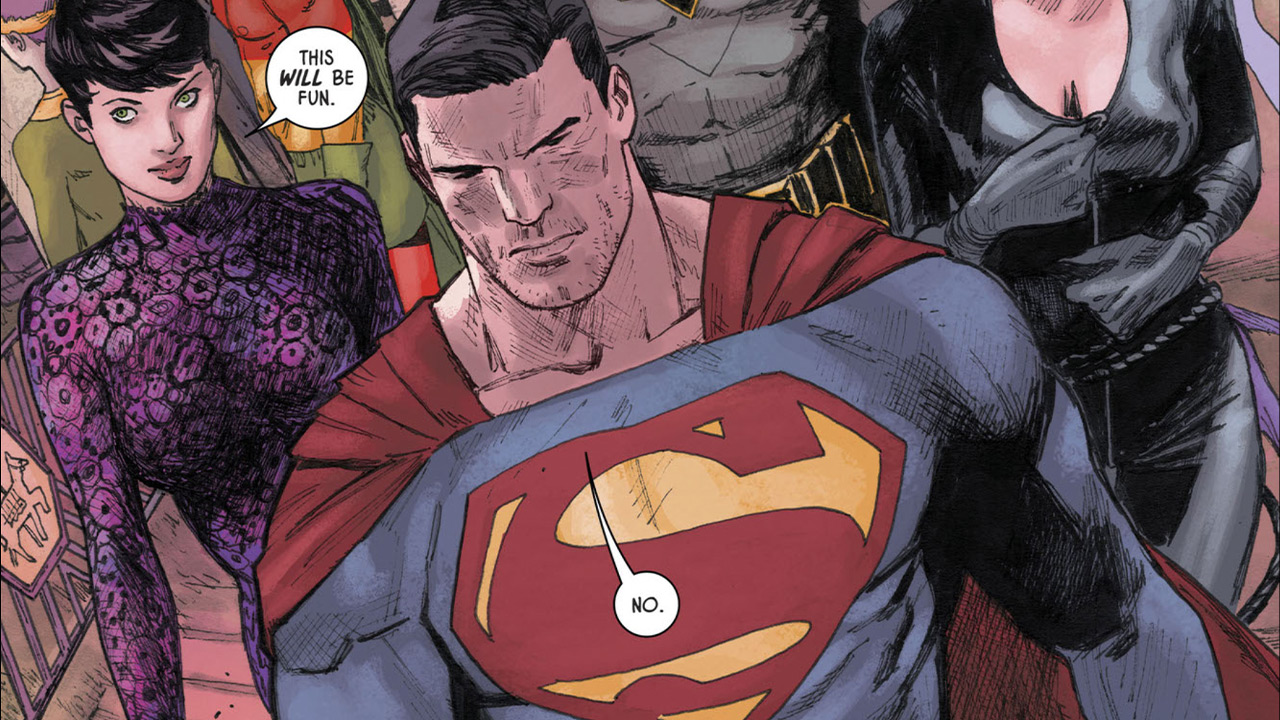 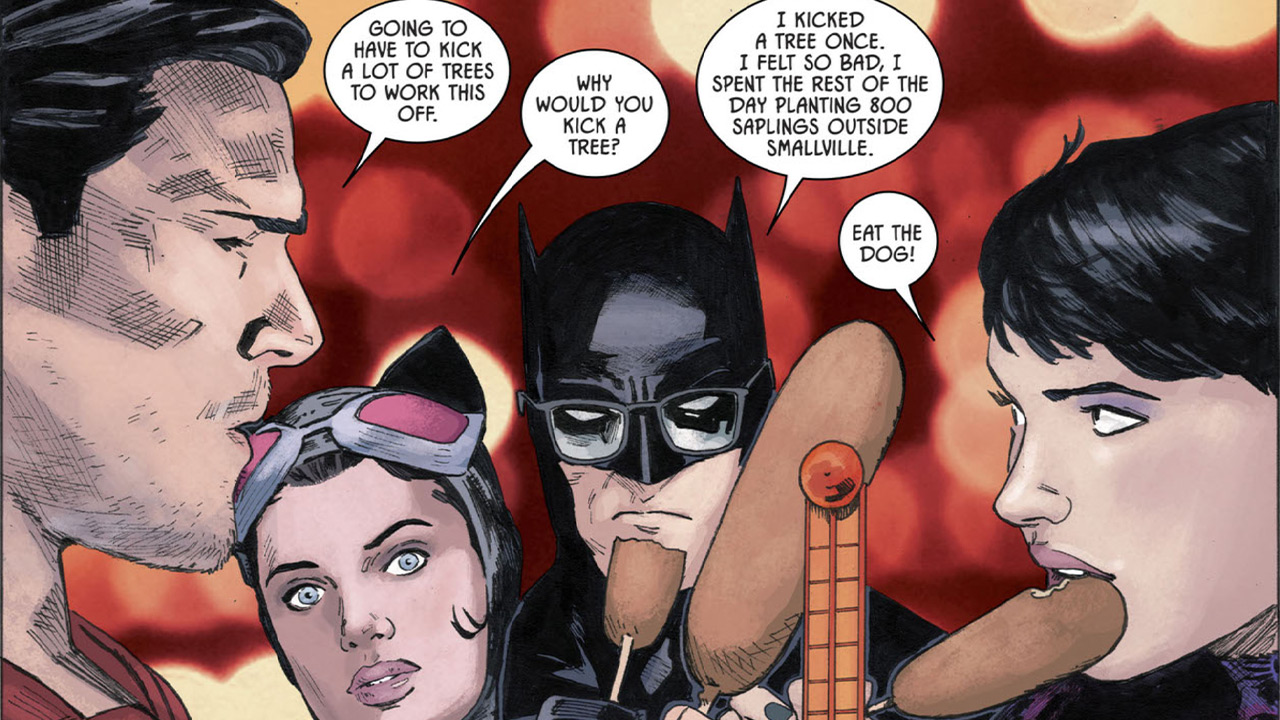 This list started with the Man of Steel masquerading as the Caped Crusader, and it ends with a similar swap, though the circumstances are much more fun. In 2017’s Batman #37, the World’s Finest go on a double date. Headed to a carnival the group discovers that it’s superhero themed and they cannot enter without a costume. Lois suggests that they all switch costumes, much to Batman’s chagrin. The couple’s proceed to have a lovely night out being themselves despite being dressed as each other. Clark even wears his glasses over Batman’s cowl. Clark tells Bruce that the “S” stands for hope and Bruce informs Clark that the “Bat” represents a bat. However, the date night isn’t without crime when a mugger dressed like the Question steals Selina’s purse. They track him down and retrieve the purse after beaning him with a baseball which is much better than winning a stuffed animal.

Which heroes should swap identities next? Talk about it in our Community?