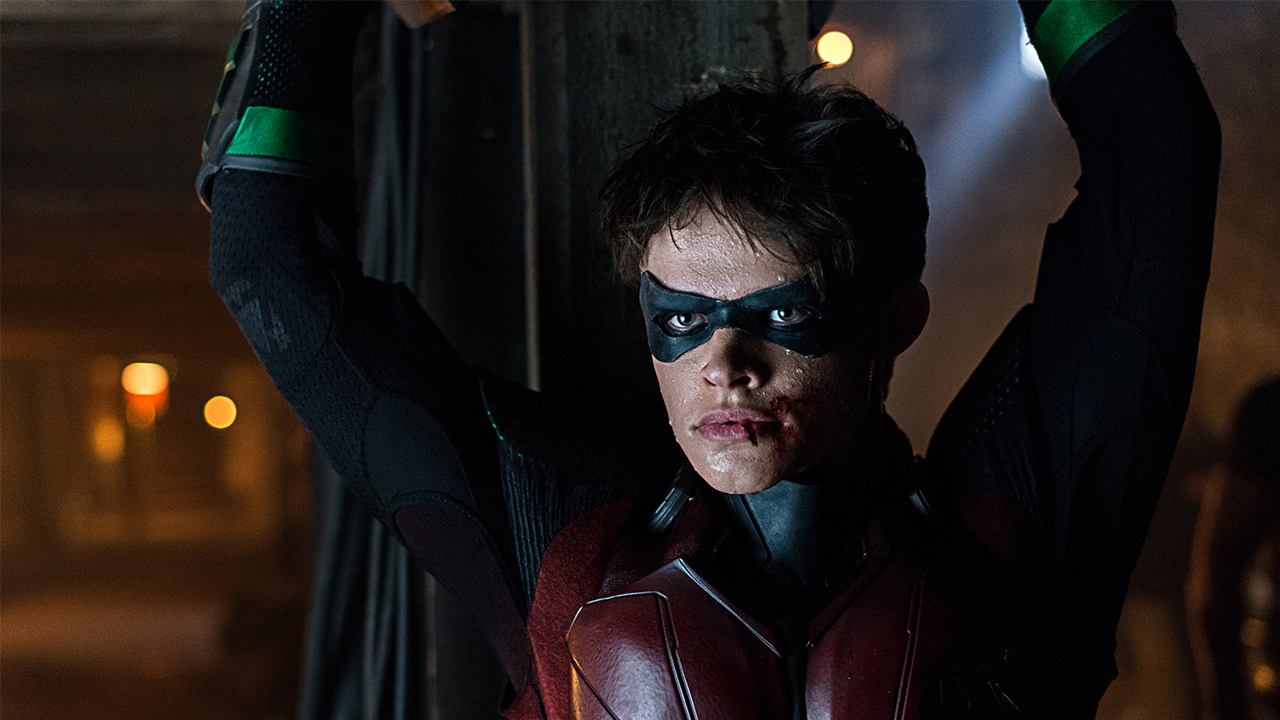 Holy hostage hysteria! Things aren’t looking so hot for Jason Todd in the most recent episode of DC Universe's Titans. The final scene of “Deathstroke” has Jason plummeting to his doom as the episode fades to black. Will poor Jason survive? Robin has gotten out of many precarious situations before, so there’s some hope. In fact, capture/near death is a kind of curse that comes with the mantle. Two-Face once famously referred to Robin as "The Boy Hostage," and the nickname has stuck. Just take a look at the following “Robin in peril” moments and you'll see why... 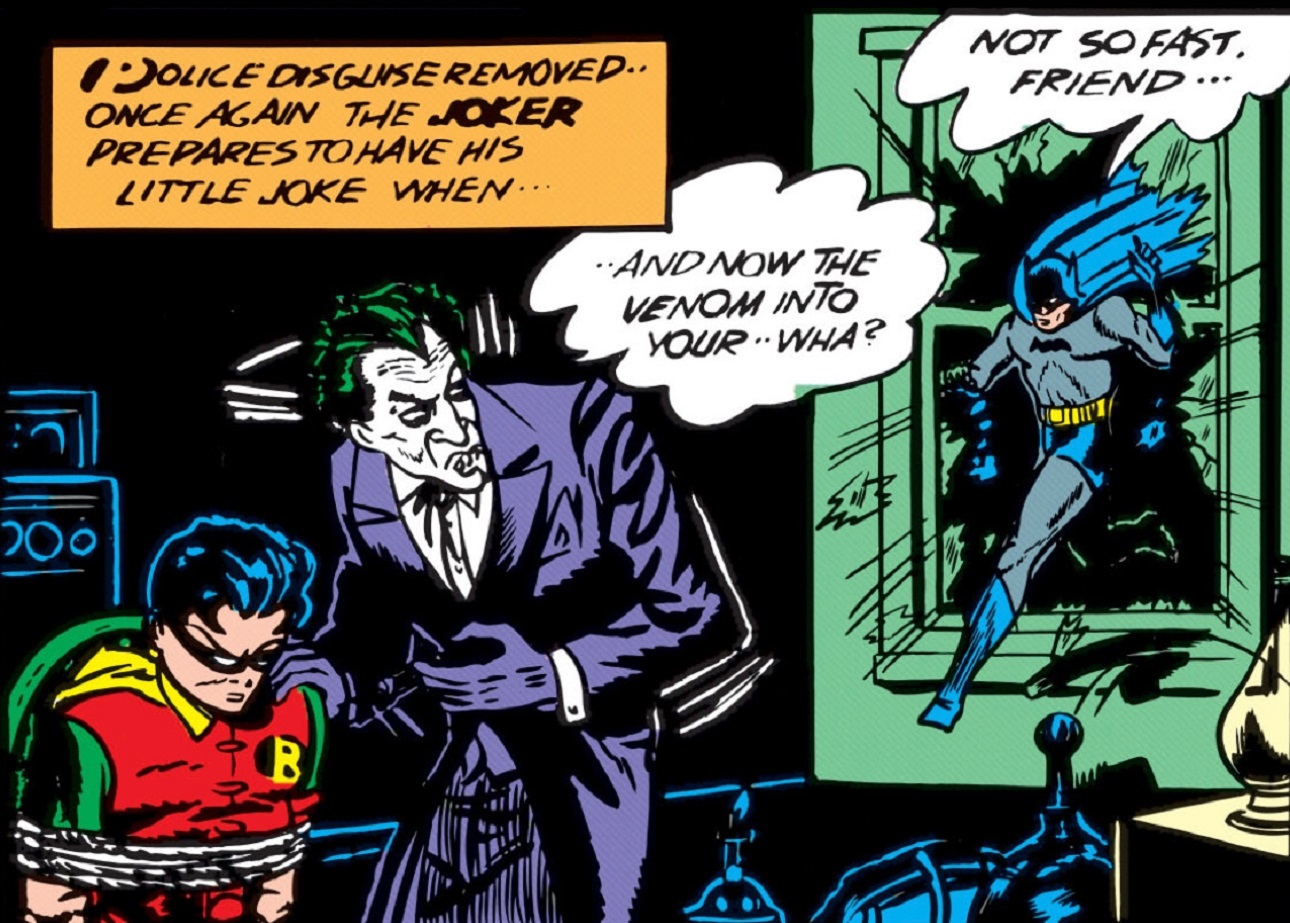 You never forget your first time! 1940’s Batman #1 holds the distinction of showcasing Robin’s first hostage situation. While searching for the Joker, Robin is knocked out by the Clown Prince of Crime and taken to his hideout. Luckily for the Boy Wonder, Batman intervened mere seconds before the Joker’s deadly poison was injected into Robin’s arm. This was Robin’s second mission with Batman, so things were already off to a rough start. One still must wonder if Batman and Robin kept any souvenirs from this caper. This was the first time Robin was captured, so it would be fitting to proudly display the ropes and chair in the Batcave trophy room. After all, Robin would be spending a lot of time tied to chairs throughout the Golden Age. 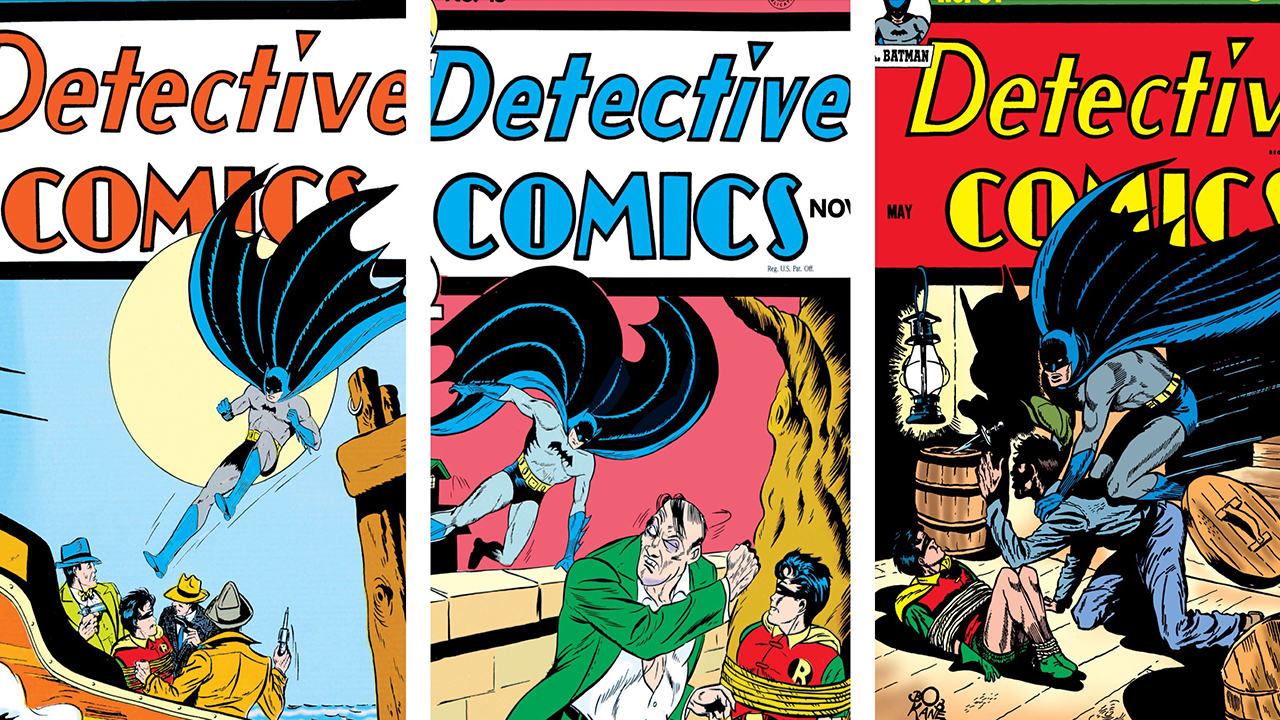 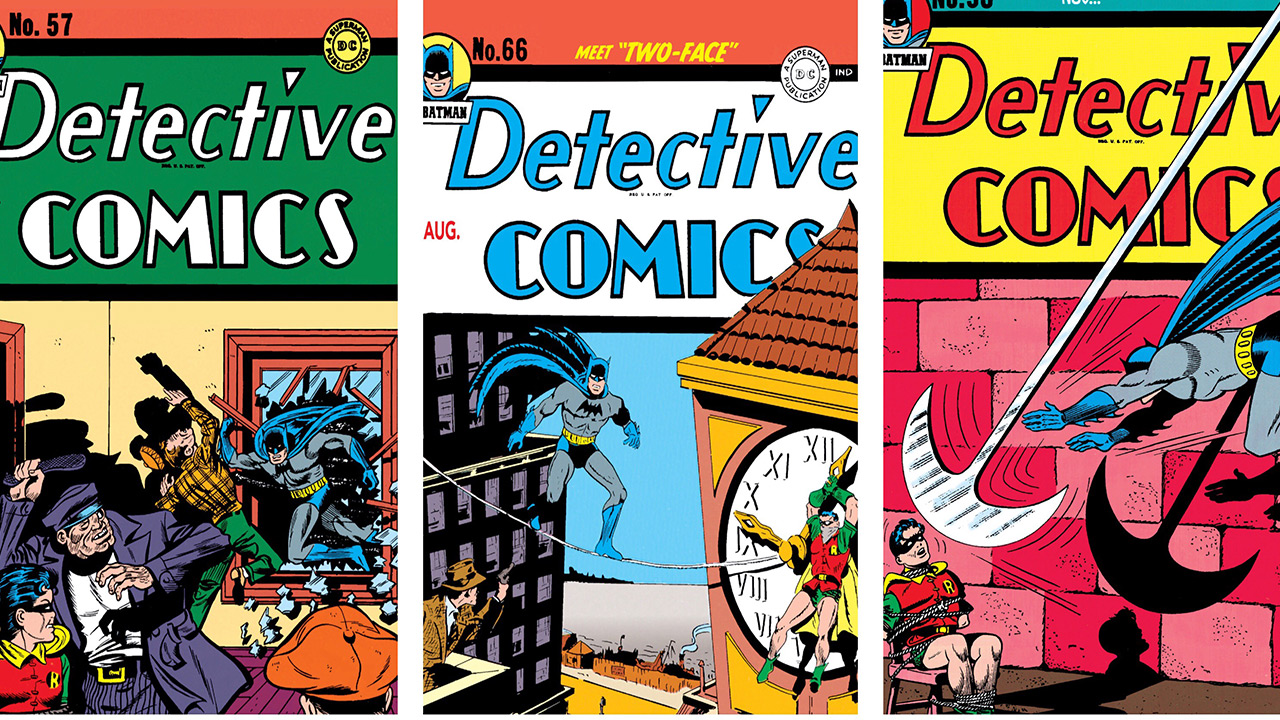 When we said Robin spent much of the Golden Age tied to chairs, we weren’t kidding. Let's play a game... Go to our Comic Books page, look for Detective Comics, and count the number of Golden Age covers with a bound Boy Wonder. Spoiler alert: it’s a lot! In fact, it’s amazing Batman got any work done in the Golden Age because Robin couldn’t sneeze without getting captured. You'd think Bruce would have trained Dick how to untie himself.  But then he probably missed that class because he got captured.

The First Death Is the Deepest 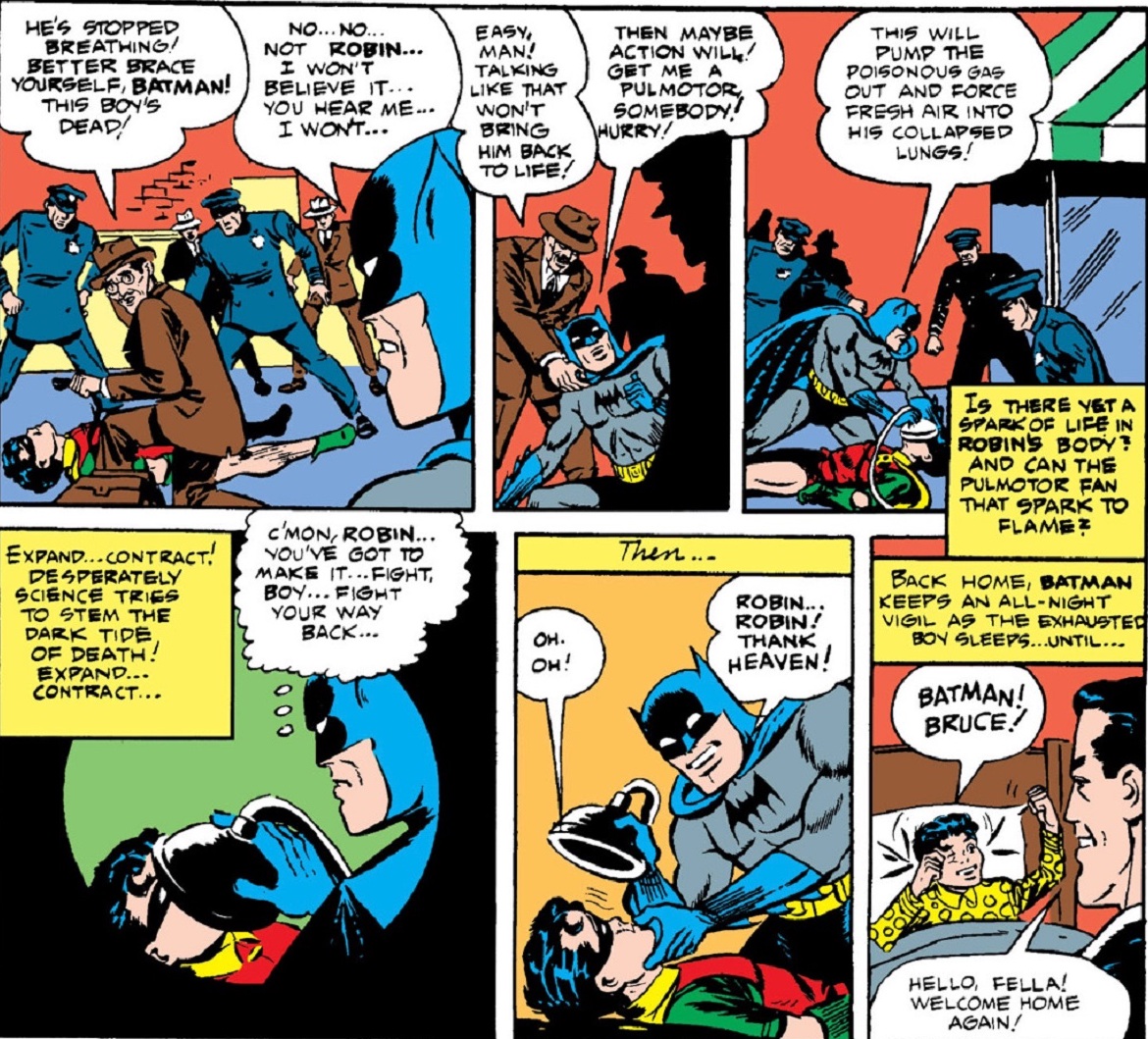 By now you’re probably wondering how Robin stayed alive so long, and the answer is -- he didn’t! 1942’s Batman #11 is a forgotten piece of history, containing the first Robin death. Here, the Joker captures the Boy Wonder and locks him in a room with burning sulfur, causing Robin to die of asphyxia. The modern version of CPR wasn’t widely used until the 1950s, so the doctor who arrived on the scene just pronounced Robin dead, without really trying to do anything to resume the boy’s breathing or heartbeat. Luckily, Batman used a breathing mask to revive his partner. At one point or another, all of Bruce’s Robins have been presumed dead, and thanks to advances in medical science they've all come back!

In the Clutches of the Clench 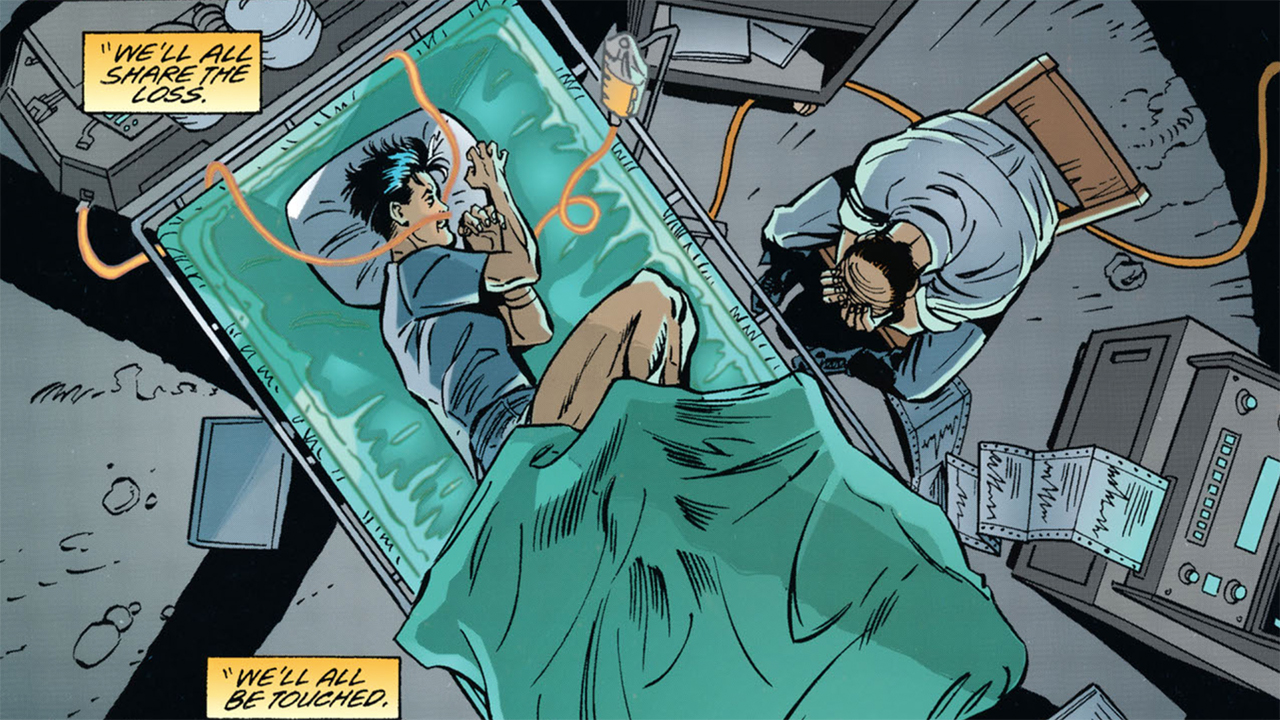 By now we’ve established that the Golden Age was a dangerous time to be a Robin, so let’s jump ahead to the 1990s. If you think things got easier for Robin in the decade of denim, think again. When Tim Drake inherited the Robin mantle, he got all that came with it, including the habit of being in constant peril. In the “Contagion” storyline Robin contracted a deadly virus known as the Clench. This was more than a flu that Robin could sleep off -- the Clench ate your body up from the inside and caused you to grow sores, bleed everywhere, decay, and eventually die. While the Bat family searched for a cure, Alfred had little to do but sit back and watch Tim slowly waste away. Fortunately, a cure was found and Tim survived the ordeal. Fun fact: for some odd reason Alfred decided to play a prank on Nightwing in Azrael #16 and Robin #28 by tricking him into thinking that Robin had died. Usually Alfred is a master of wit and irony, but telling someone that their surrogate little brother died a slow and painful death seems unusually sadistic for the faithful manservant.

Bat Out of Hell 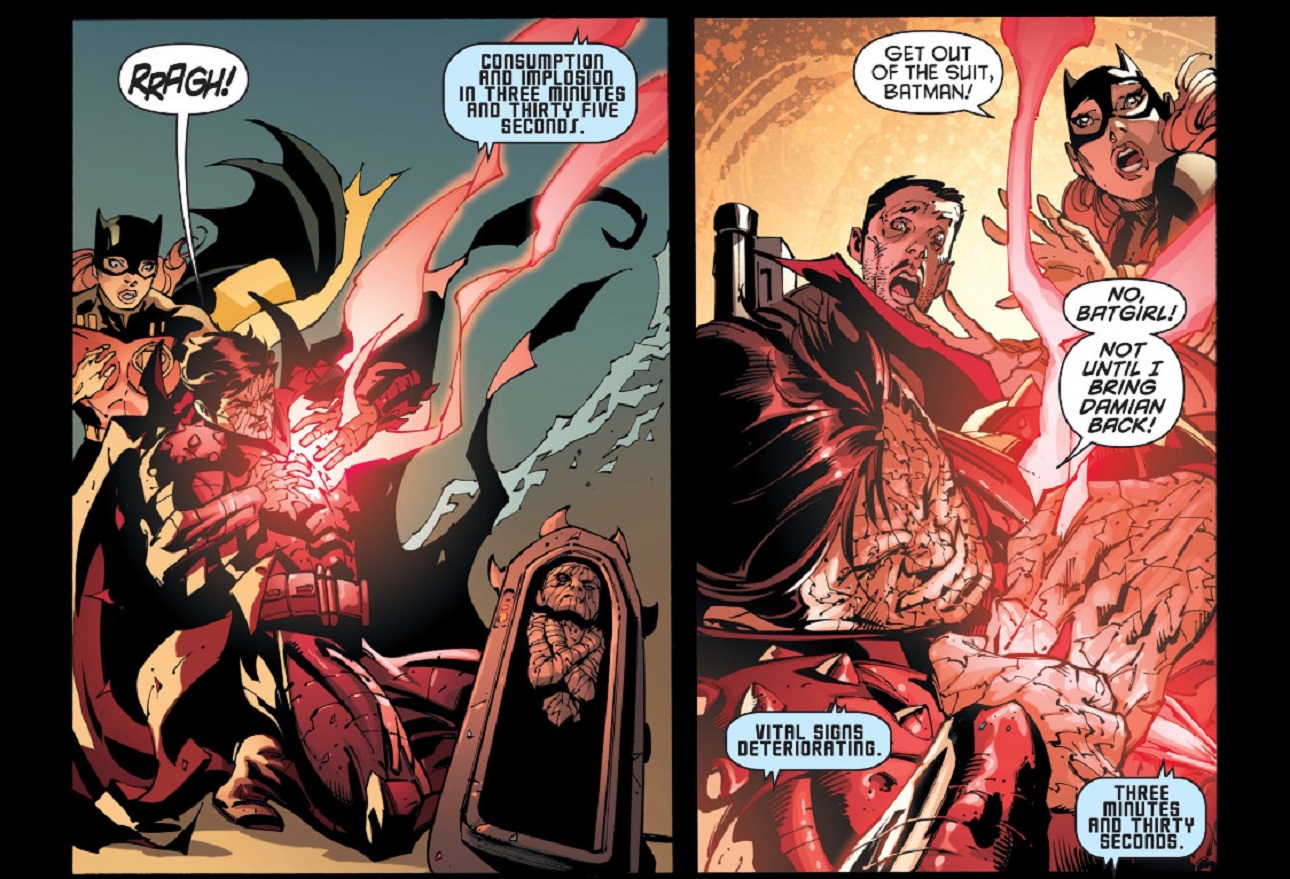 Damian Wayne likes to think he’s more capable than his predecessors, but he’s had his share of hostage situations as well. Months after he was killed by an evil clone, Damian’s corpse was stolen in the "Robin Rises" storyline. Batman dons a battlesuit known as Hellbat, and journeys to Apokolips to retrieve his son’s body. (Hey, for all the times Dick Grayson got kidnapped in the Golden Age, at least Batman never had to don a battlesuit to rescue him!) After returning Damian’s body to Earth, Batman uses the chaos shard to revive his son... He’s a Robin though, so he’ll probably just get captured again.

With all of the above in mind, perhaps Jason Todd stands a chance. Either way, we’ll be biting our nails until the next episode of DC Universe's ‘Titans’ streams this Friday!

What’s the best way to avoid being a Boy Hostage? Let us know in our Community!