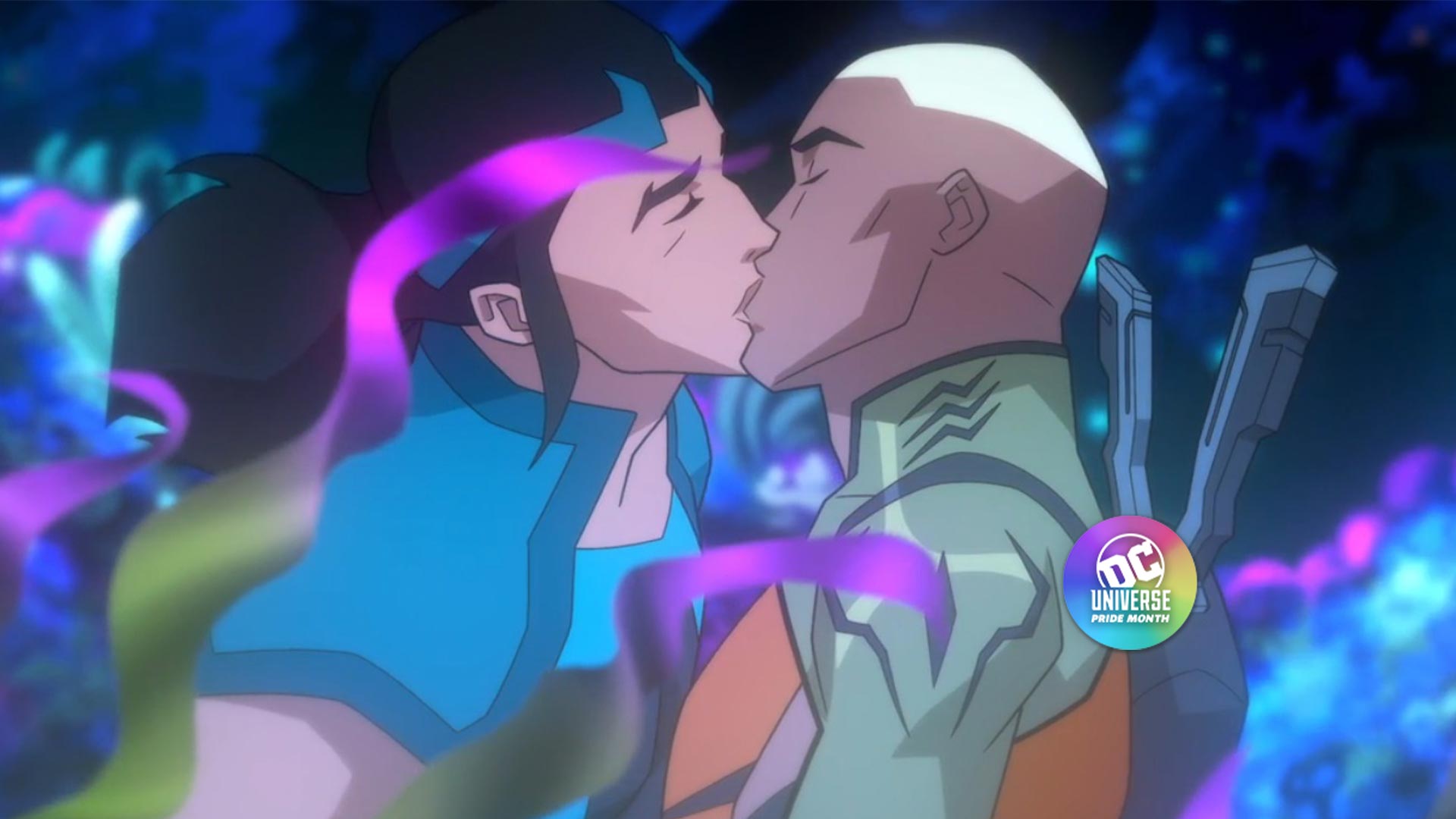 Always known for its rich characters, Young Justice showcased even more LGBTQA+ protagonists in its third season -- including the confirmation of one of the titular team's founding members in a queer relationship. In celebration of Pride Month, let's take a look at both the canonical and fan-fueled, non-canon queer relationships the animated series offers... 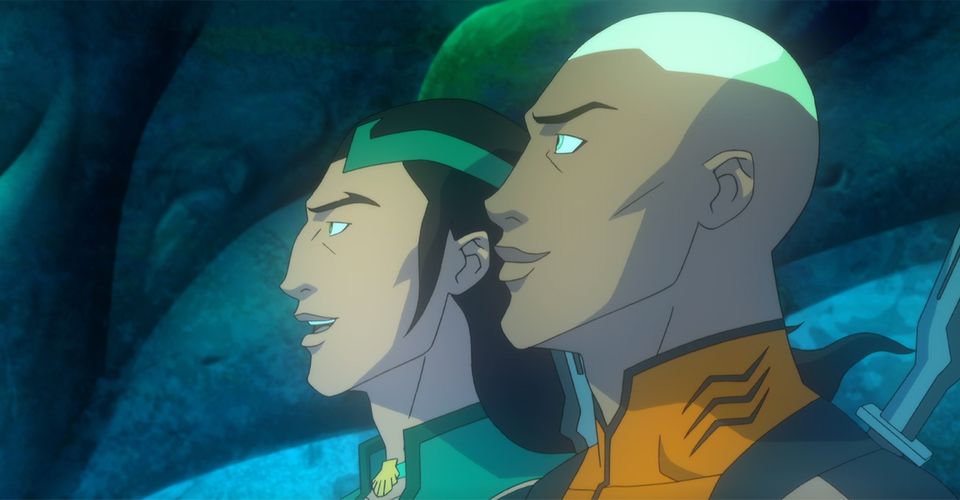 The Young Justice team has expanded greatly over the course of the show’s three seasons, though Aqualad is one of the team’s original members, and its first leader. His comic book counterpart, Jackson Hyde, was introduced in the Blackest Night sequel event, Brightest Day #4.

Throughout his decade in comic books, the medium expanded upon Kaldur’s queerness. In fact, DC just released a young adult graphic novel, You Brought Me to The Ocean, that fully dives into Aqualad’s coming out story. Luckily, in Young Justice: Outsiders this is an element of the character that has also been explored.

Once an enemy that worked for Aqualad’s father – Black Manta, Wyynde has now joined Aquaman’s Royal Guard. In Season 3's “Quiet Conversations” Wyynde has a small cameo as we see him kiss Aqualad. Not much is known about their relationship, with only a few scenes showcased the two characters, but they are one of the first queer relationships on the show that have been confirmed on screen.

Marie Logan was the star of the short-lived teen program Hello Megan, the same show that Miss Martian utilized to create her own persona, including her name and looks. The episode “Image” discloses that Logan has put her stardom behind, dedicating her life as a single mother and wildlife preservationist.

Marie has never had a romantic partner shown on screen, but the potential pairing of her with Rita Farr is interesting. Farr is a fellow actress from Hello Megan, a TV series that centered around Marie’s character pining over a guy. Wouldn’t it be interesting if behind the scenes it was actually Rita and Marie in a relationship?

It’s known that Marie and Rita stayed close following the show’s cancellation, and Rita was even Beast Boy’s Godmother. Other than that, little is known about Rita in the Young Justice universe. But there is always a possibility to bring the character back, embracing her comic book roots as part of the Doom Patrol. 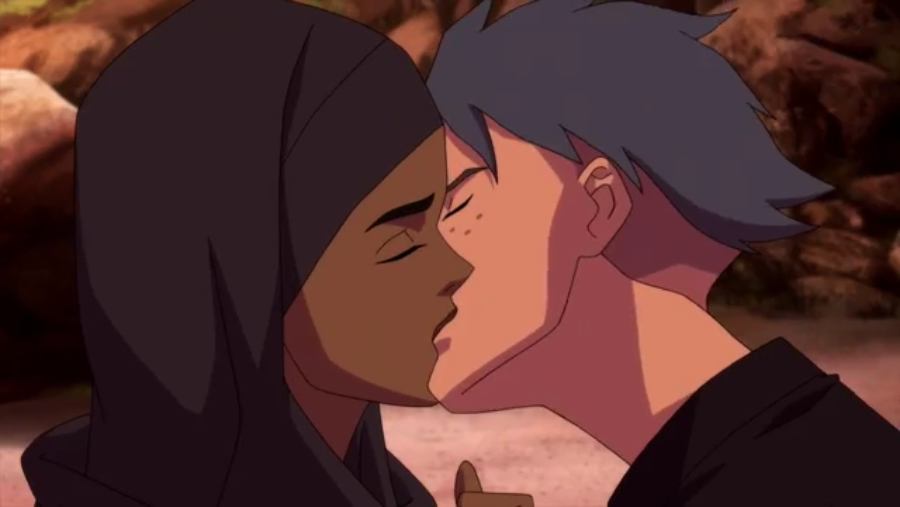 Halo and Harper Row may not be a full-on canonical couple, but they did share an on-screen kiss in Young Justice Season 3, Episode 18 “Early Warning” – marking the first same sex kiss on the show.

In the episode, Harper and Halo decide to skip school to discuss their own personal woes, which leads them to their embrace. Nothing romantic follows this incident, but the moment did help the two characters open up and become closer friends. 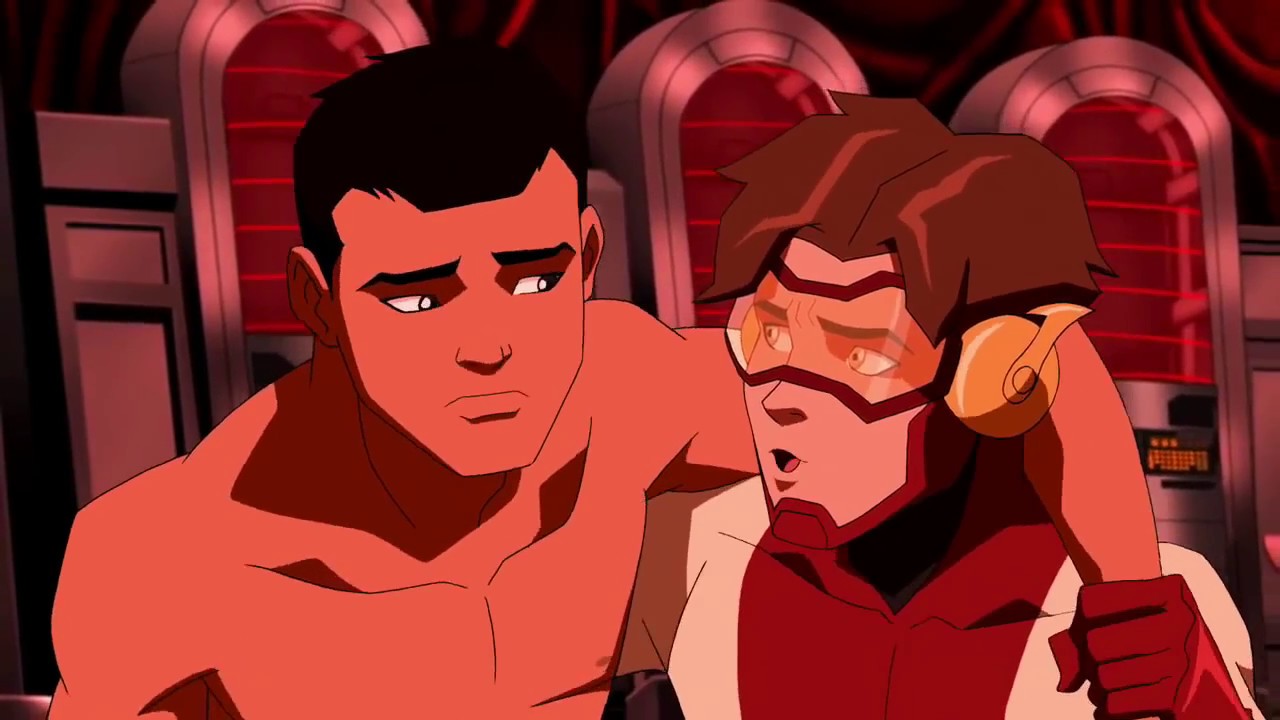 Probably one of the most popular non-canon queer ships of the franchise is Blue Beetle and Bart Allen. As the new members of the team in the series’ second season, the pair became very quick friends and their nonverbal communication showed that there could be a bit more to their relationship than just friendship -- which fans picked up on very quickly.

Although it’s later revealed that the expedited friendship was formed because Bart (who comes from the future) wanted to prevent the Reach Apocalypse from happening, we see their friendship continue to blossom with Young Justice: Outsiders’ time jump.

Young Justice Season 3 really amped up its LGBTQA+ representation in its back half with the kisses mentioned in the previous entries, but it was also interesting to see potential romances blossoming. Sadly, there was no sign of a Blue Beetle/Bart Allen romantic relationship in Young Justice: Outsiders, but a new fan-favorite ship formed with the growing connection between the show’s new Kid Flash and Eduardo.

Now an official member of the team, Eduardo has grown closer to the superhero world, but still acts as a bridge for meta-humans. The shipping between Eduardo and Bart Allen began in a similar way to Blue Beetle and Bart’s connection. Many of their non-verbal cues showed that they could be closer than just friends. Let’s hope, if these romantic vibes are true, that this is something the writing team can explore in the show’s already confirmed fourth season.

What's your favorite Young Justice ship? Talk about it in our Community!