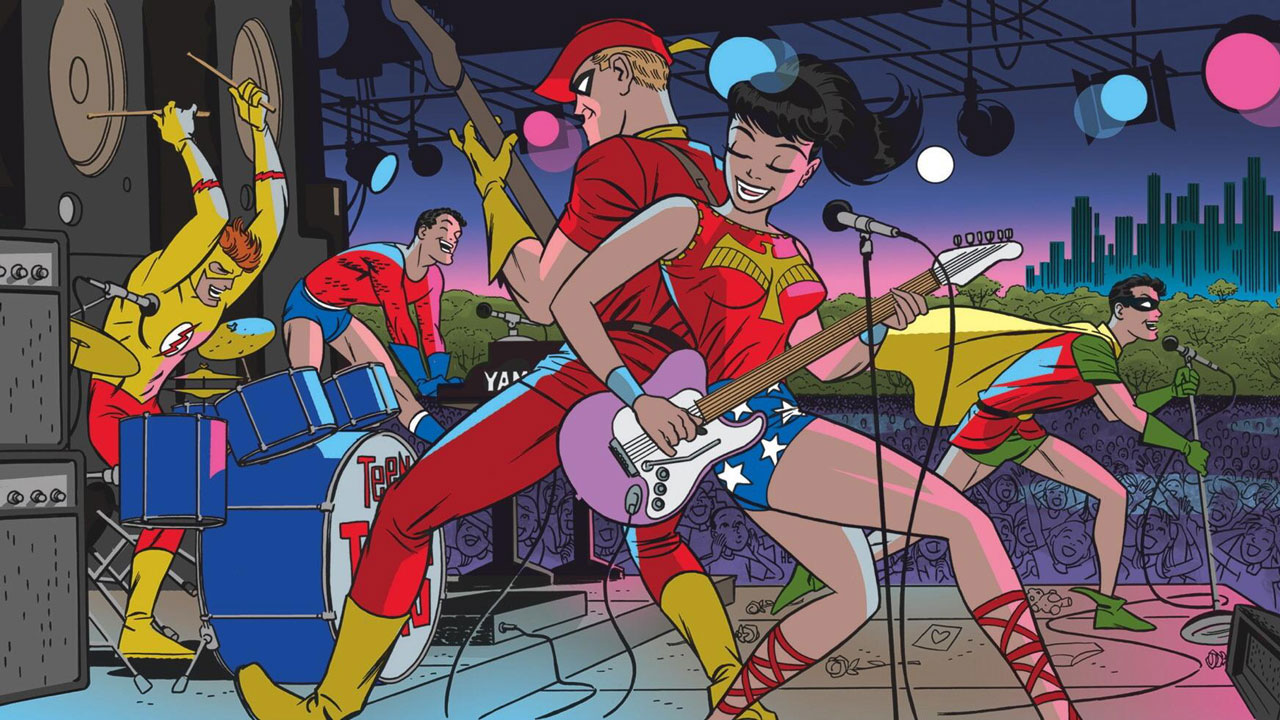 A good superhero is brave, responsible, and knows how to do a wicked guitar solo. DC’s heroes come from all walks of life. Some are billionaires, some are garage mechanics. So it’s not hard to imagine that some heroes are rock stars. After all, the jobs can be similar. Both involve working with groups, dealing with adoring fans, and traveling the world. Here are five hard rockin' DC superheroes. 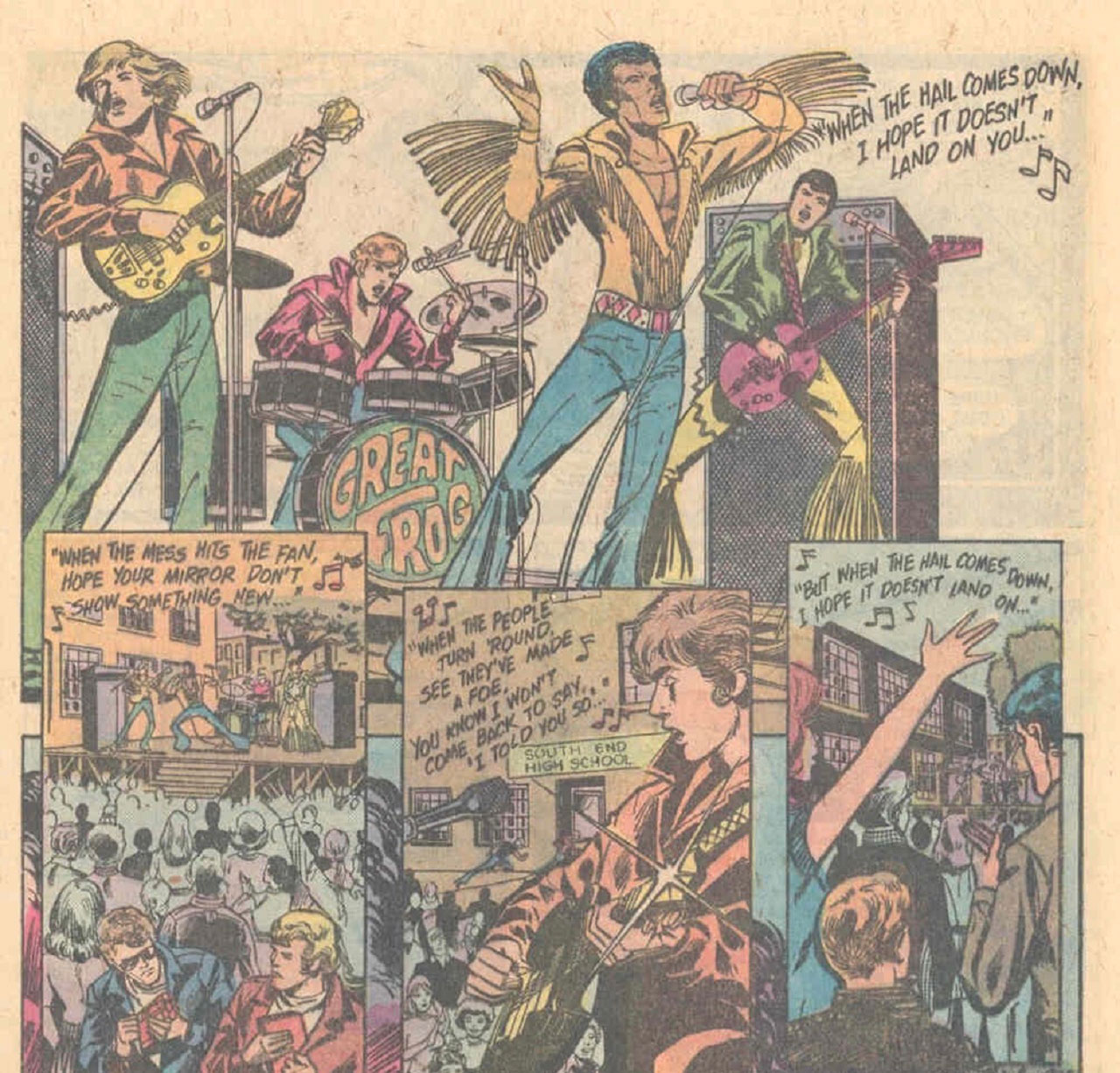 Roy Harper has been a member of the Justice League, the Outsiders, and the Teen Titans. But the group he might be the most proud of is Great Frog, his old rock band. After getting over his heroin addiction, Roy decided to find a life away from Green Arrow by joining the group as their drummer. Their outfits are horribly dated, with bell bottoms, giant frills, and open-shirt vests. The group got solid bookings on the nightclub and festival circuit, and briefly served as the house band for Gabriel’s Horn. Of course, Gabriel’s Horn was a club owned by the Teen Titans, so there might have been some favoritism in that decision. 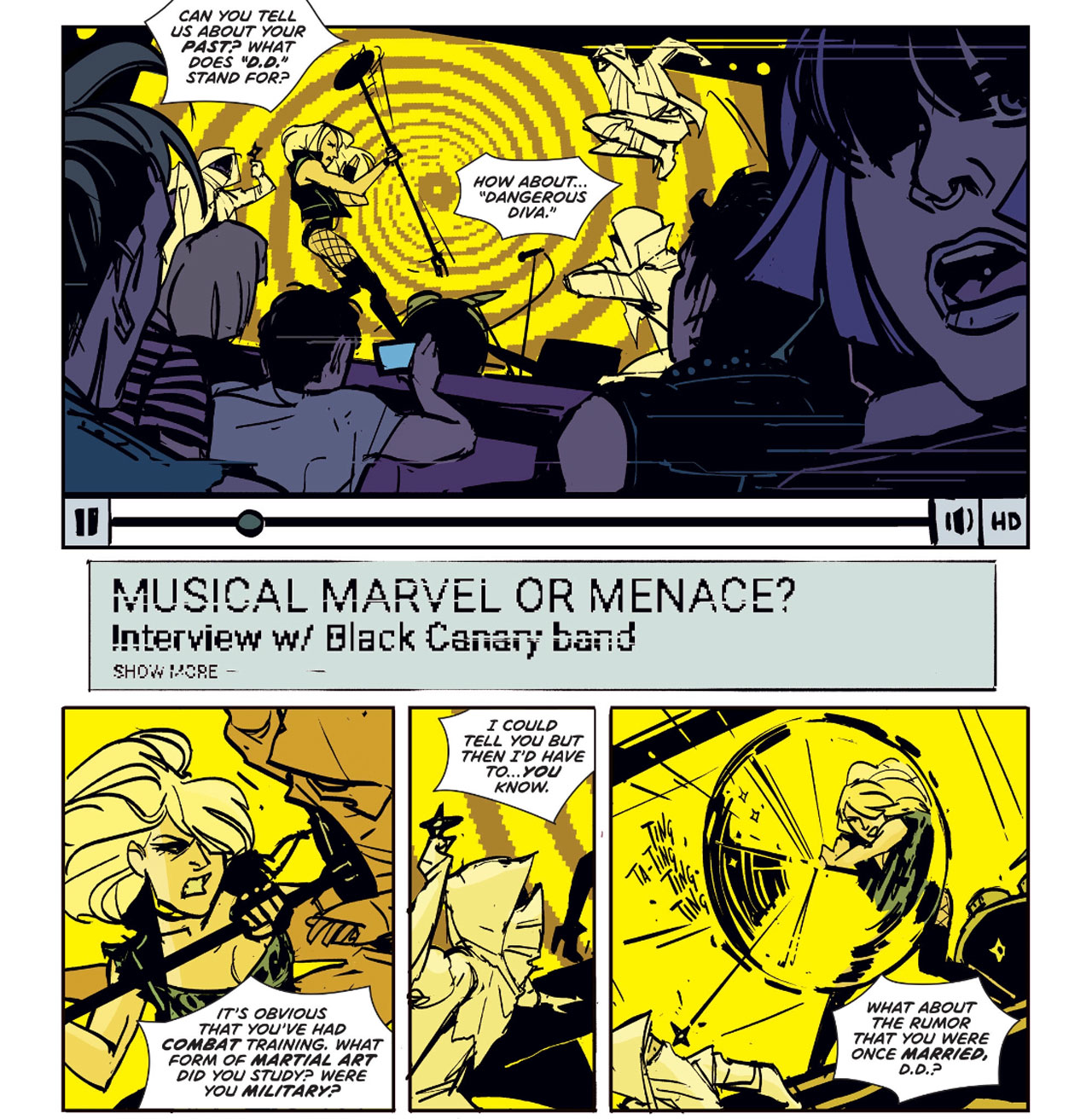 It should come as no surprise that Black Canary is on this list. One, she’s known for her trademark sonic scream, and two, her outfit seems like it was designed with rock & roll in mind. In 2015’s Batgirl #38 Dinah began singing with a band called Ashes on Sunday, making waves throughout the town of Burnside. If you’re interested in seeing Dinah’s rockstar side, then the 2015 Black Canary series is a must read! The series follows Dinah and her band Black Canary as they travel the world, get into fights, play gigs, and have crazy adventures. Think of it as a mix of Scooby-Doo and Metalocalypse. 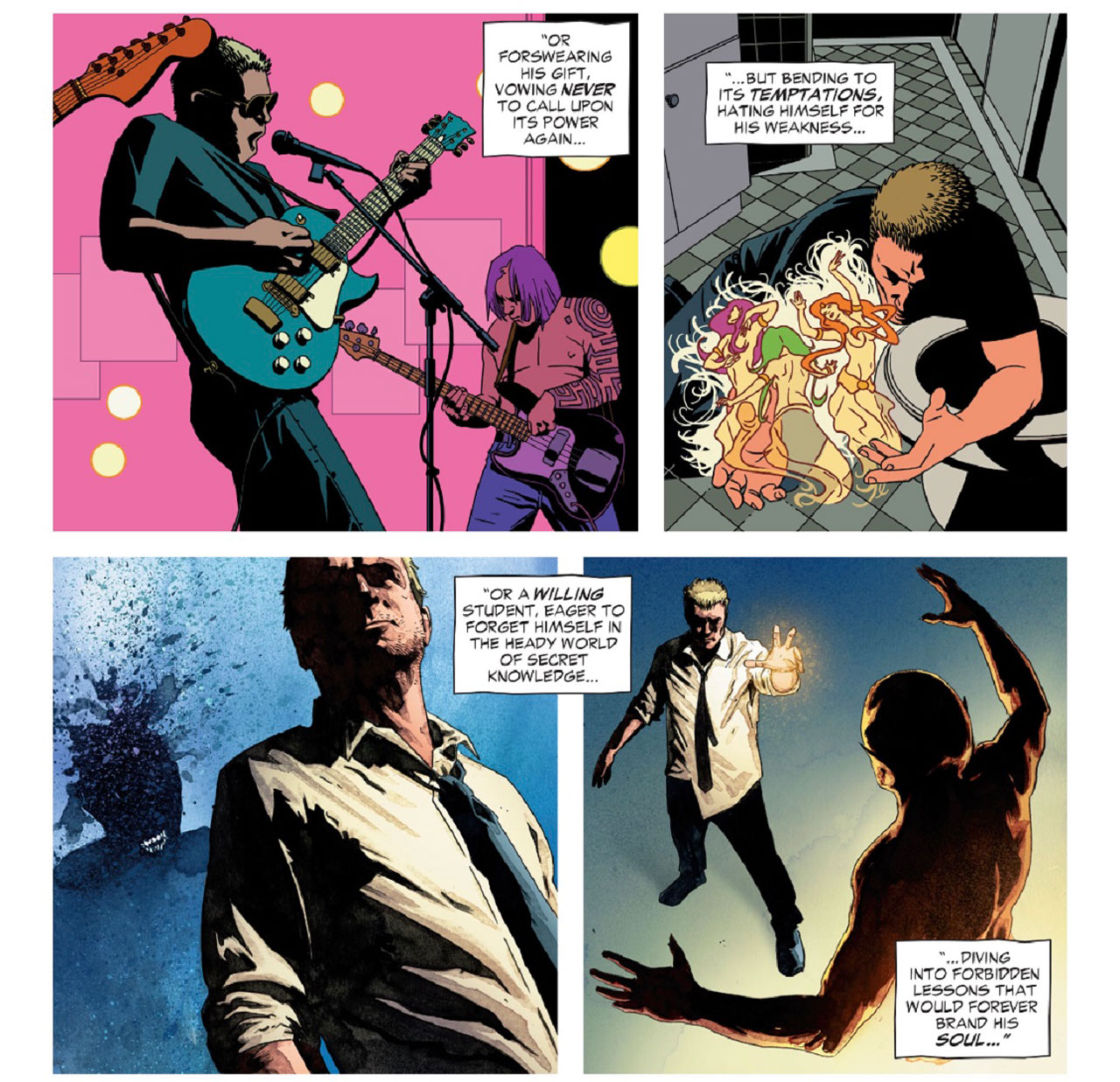 Before he was a sensational sorcerer, John Constantine was the lead singer for a punk band called Mucous Membrane. Using the stage name Johnny Con-Job, Constantine electrified fans with the song “Venus of the Hardsell.” Some groups break up because of infighting or drugs, but Mucous Membrane might be the only rock band to ever dissolve because of a demonic ritual. The group fell apart after Constantine summoned a demon who kidnapped Astra Logue, the daughter of the nightclub owner who employed the band. Bookings were hard to come by after that, and the experience temporarily put John in an insane asylum. The life of a musician isn’t for everyone. For more on John Constantine’s punk rock past, check out 2015’s Secret Origins #11. 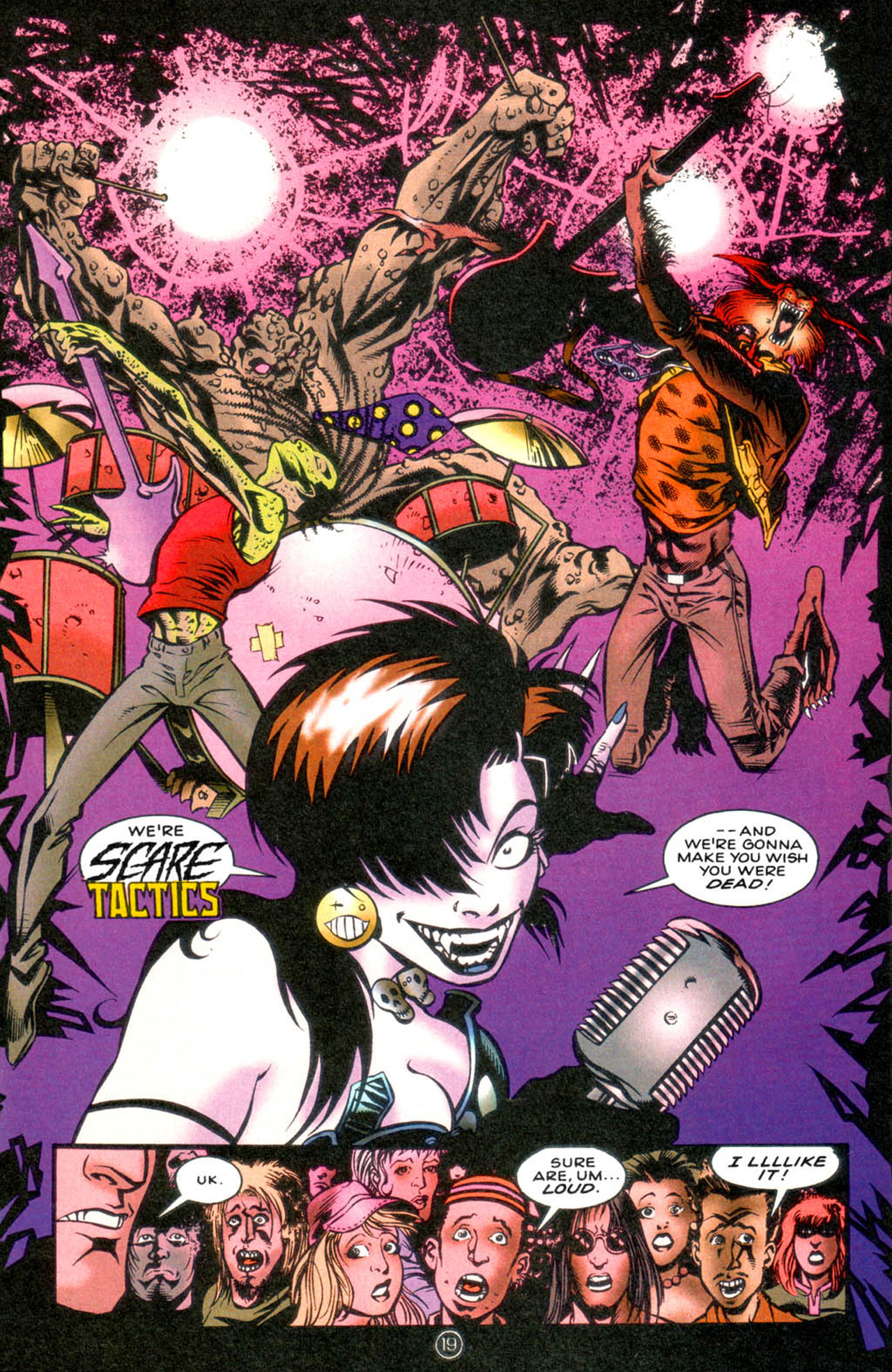 This isn't just one hero...but a whole friggin' team of rockers. Scare Tactics might be one of the DC Universe’s most offbeat concepts. Introduced in Showcase ’96 #11, they began as a group of monsters who escaped from a government facility. Forced to live a life on the run, these monsters decide the best way to blend into society is by disguising themselves as a traveling rock band. Of course they didn’t exactly blend in well, so they found their fair share of trouble. The group had their own self-titled series for 12 issues, and a few memorable team-up appearances. Len Kaminski, the writer for their series, even commissioned an unofficial song recording. 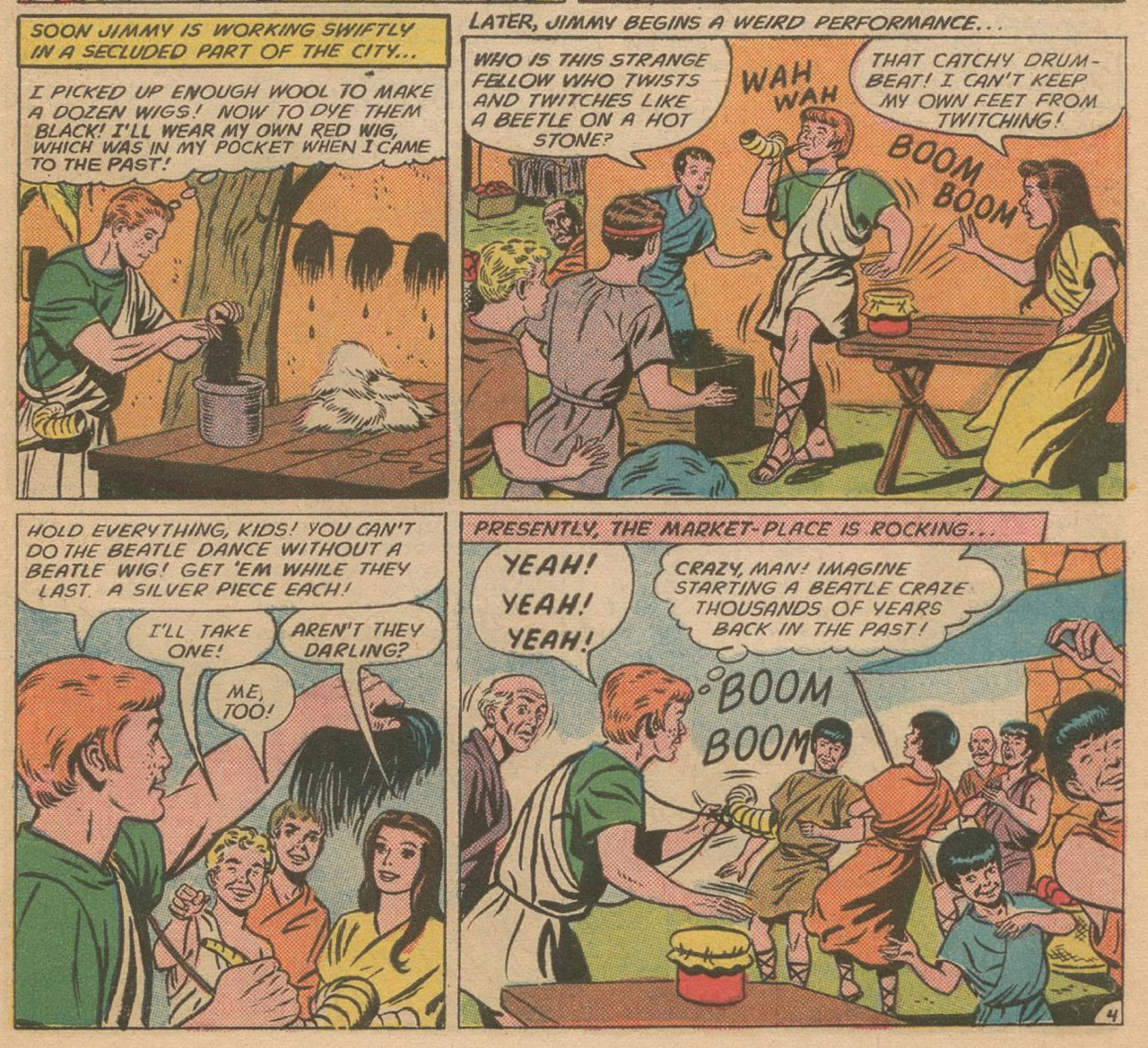 Look, we’re just as surprised as you are. For some reason Superman’s usually dorky pal Jimmy Olsen was a pop idol and Jimmymania was once all the rage -- of course it was in 1,000 B.C., when music fans didn’t have any other options. In Superman’s Pal Jimmy Olsen #79 the young photographer found himself stranded in the distant past, and broke every single rule about messing with history. Using his knowledge of Beatles songs, Jimmy introduced and capitalized on their music, and made a quick buck selling Beatle wigs. Superman eventually brought Jimmy back the present, but not before the ancient Beatle was able to impress the Man of Steel with a rock show. Who knew Jimmy had it in him? All it took was a little time travel and plagiarism.

Which one of these rock stars would headline your DC Universe music festival? Let us know in our Community!