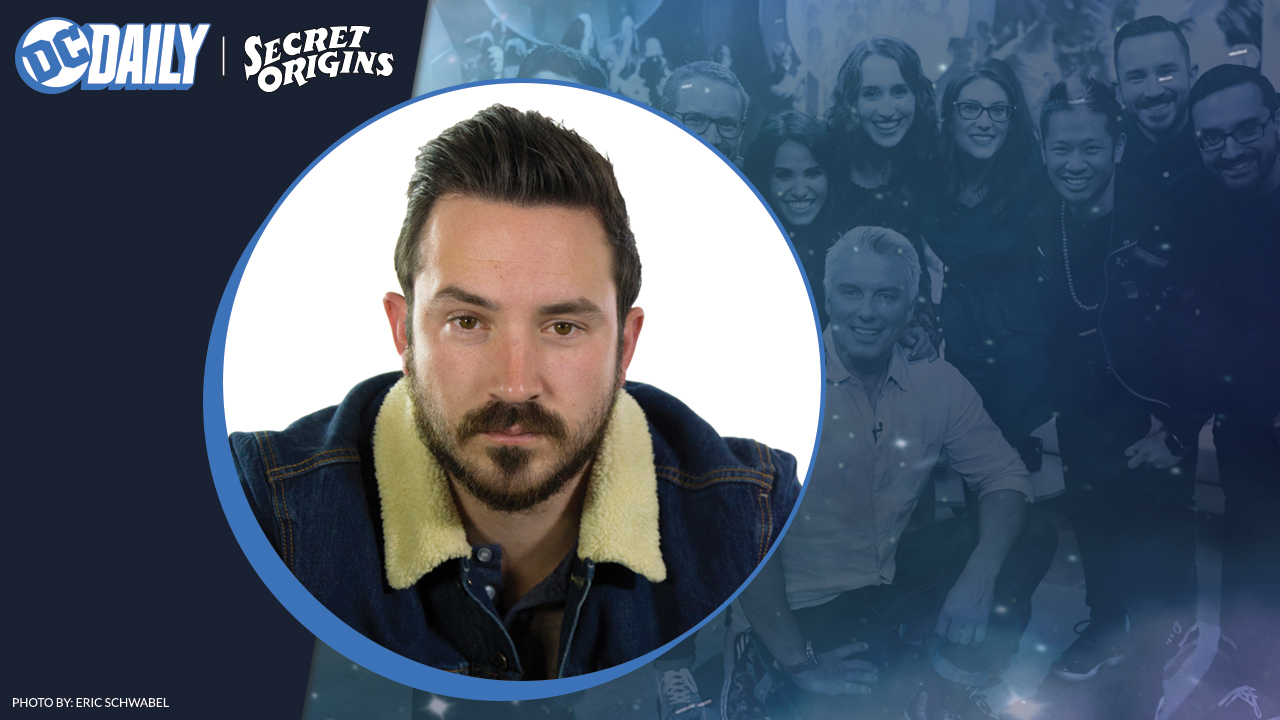 In "Secret Origins of the DC Daily Cast," we're delving into the lifelong fandom of your favorite DC Daily hosts, from their first comic book memory to their biggest comic book crush. And we're asking them some of your questions! So if you want to submit a question for our next cast member interview, be sure to visit our Community... This week, we're all about DC Daily's John Kourounis: an actor, a gentleman, and a hardcore DC fan who loves Batman. In the following interview, John fills us in on his background and debates the merits of superheroism and... Guy Gardner?

The moment I fell in love with DC was the first time I watched Batman '89. There was something so visually intriguing about the characters, the colors, the gadgets, and the story that I just had to know more.

Ok, back against the wall, my favorite DC character is Batman. I love a lot of characters, but Batman is my number one with a bullet.

In terms of what I'm reading right now, I'd say Hawkman is the most underrated comic run on stands right now. [Robert] Venditti is doing such great work with the story of Carter Hall and streamlining a historically confusing backstory. I'm loving this Hawkman run. 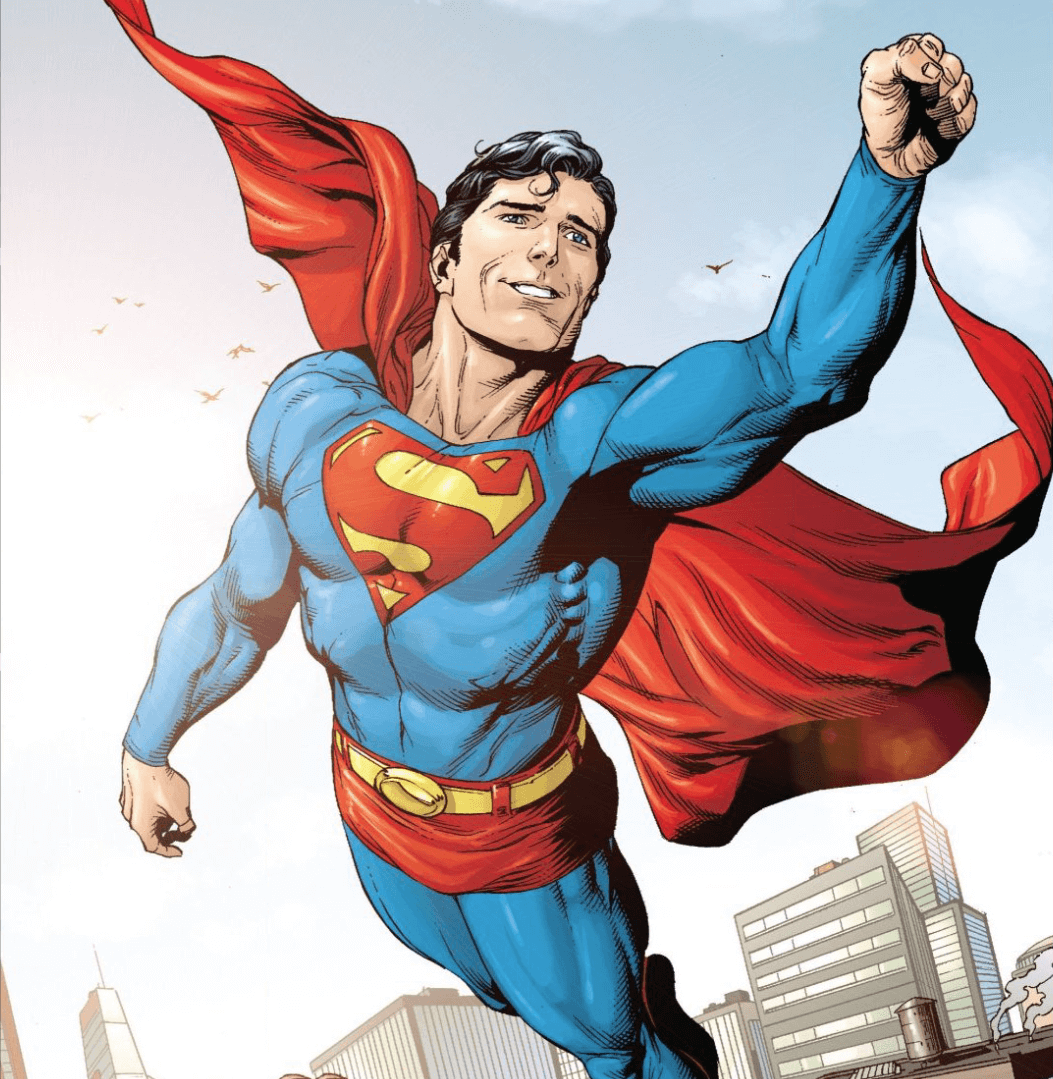 So many characters have such iconic costumes, but it's hard to top Superman. The cape, the S, the trunks. It's the look that started it all.

In my personal opinion, the definitive Batman is what we see on the page. Whatever is happening in the Batman comics is what's happening to THE Batman. Movies can be standalone stories, but comic book Batman is the one who's been through EVERY story. He's the truest form of the character.

I think the character I relate to most is Shazam. You know, I've got some smarts, I'm pretty quick, I go to the gym, but when you really get down to it, I'm just a big kid. I'm just a kid pretending to be an adult. 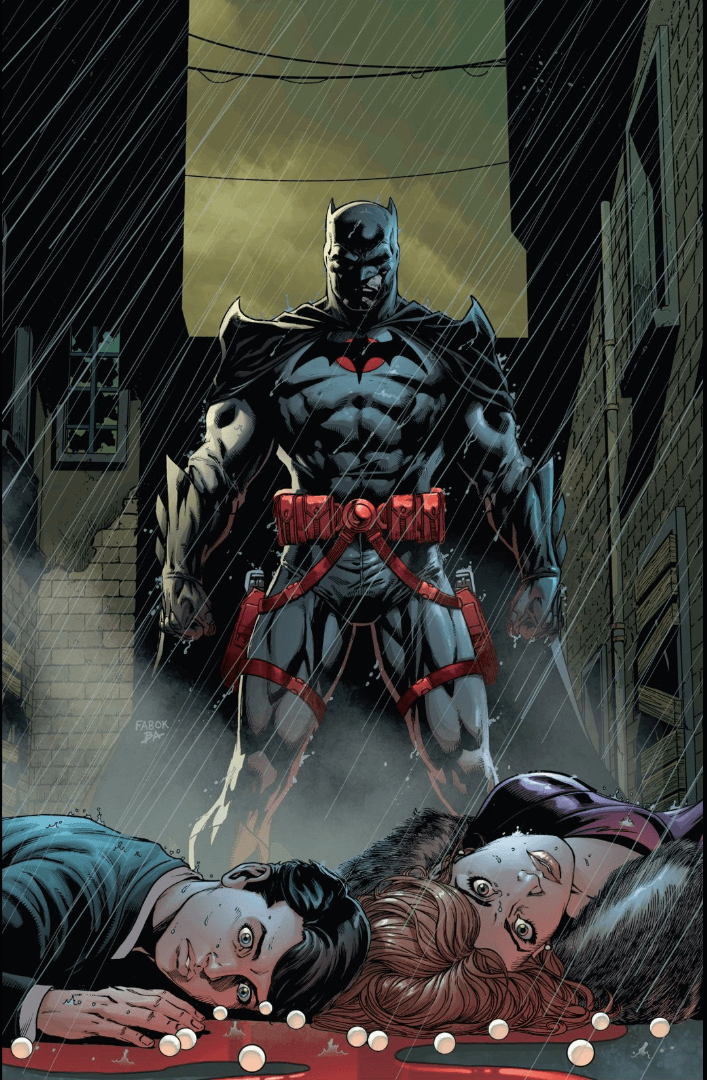 My favorite DC issue of all time?!?! That's really tough. There are too many to choose from. My heart tells me it's Batman #22 from "The Button" arc. That issue legitimately made me cry. There was something so powerful about Thomas Wayne bravely running into the nothingness that really struck a chord with me. I felt that in my soul. It was so emotional and beautiful and daring, and it was such a loud reminder to me that even after all this time, I can still be moved and inspired by a comic book.

If I had an arch-nemesis in the DCU, I'm guessing it would be Lex Luthor. He's only interested in himself, puts others down to get what he wants, and is ultimately just a bully. And he thinks he's sooooo smart. Lex and I would not get along.

My proudest DC-related possession is actually two things. I have some original animation from Batman Beyond. Specifically, I have some original pencil work from the scene where Bruce Wayne pulls a gun on a criminal, which is the moment he decided he could no longer be Batman. It's either that, or it's my Marv Wolfman and George Perez signed copy of Crisis on Infinite Earths. I have a lot of goodies, but those are probably my favorites.

Out of the DC Universe, who is your ultimate comic book crush? 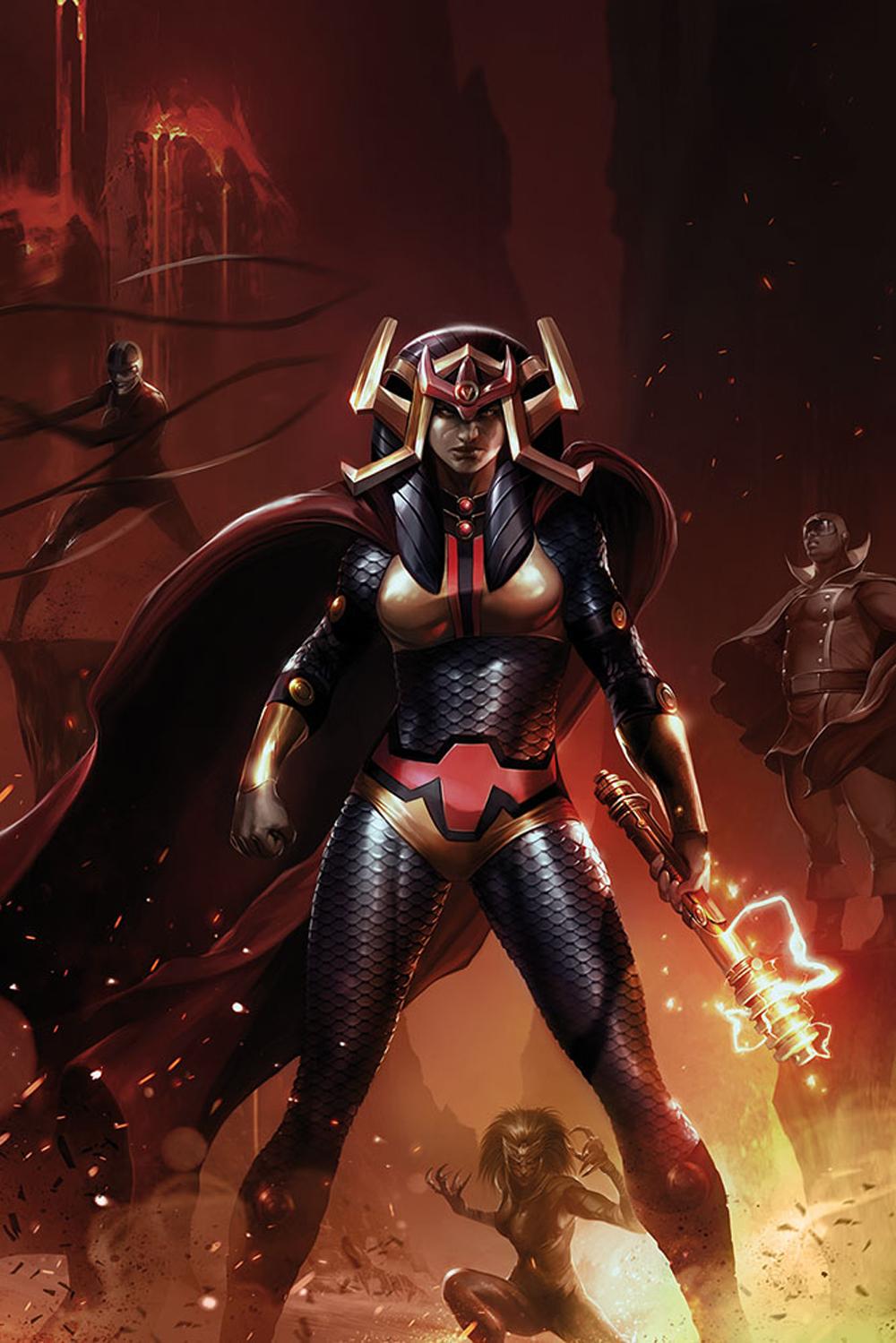 In the entire DC Universe, I'll always have a crush on Big Barda. She's a strong, fierce, smart, compassionate woman that isn't afraid to fight for what she believes in, but ultimately just wants a normal life. She reminds me of my wife. So yeah, Big Barda.

My favorite DC movie is Tim Burton's Batman. I know that's such a common answer, but it's true. It was such a monumental introduction to the character for me. I've seen it 1,000 times, and I have every intention of seeing it 1,000 more. 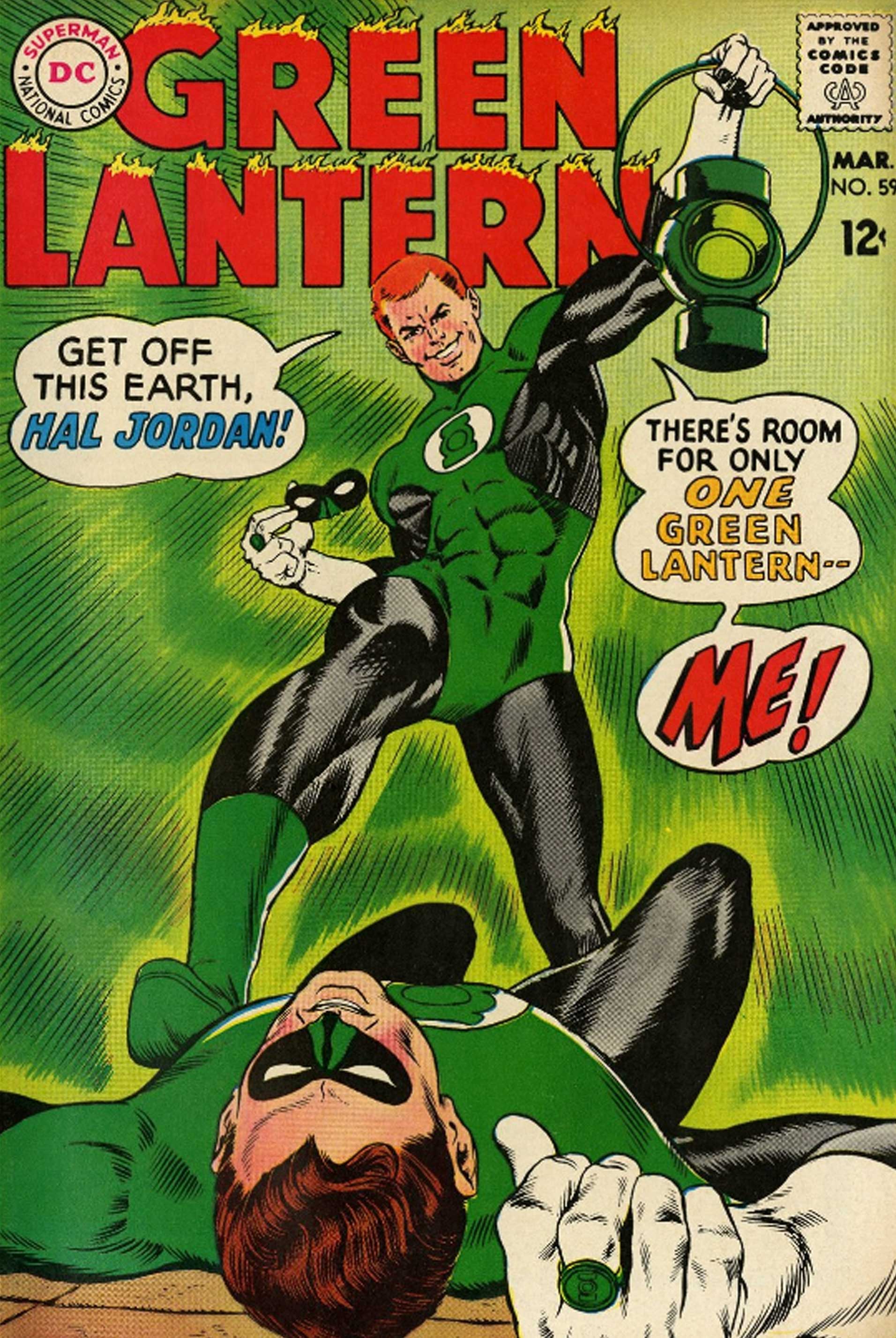 My most controversial DC Comics opinion probably isn't that controversial. I think Guy Gardner gets a really bad rap. He's a great Green Lantern, and I especially liked him as a Red Lantern. I think that was a really smart way to showcase his personality and make him look like a badass. Plus, when he rocks the mutton chops, it makes him look even cooler.

My favorite things streaming on DC Universe are Doom Patrol (which is SO good), Young Justice: Outsiders, Batman: The Animated Series, and all of the animated movies. I own most of them on DVD, but being able to watch them on my phone is the best.

What's been your favorite moment on DC Daily so far?

Pinning down my favorite moment on DC Daily is really tough. I've loved the creation of "Book Cluuuub!" and all of the amazing people I've gotten to chat with. [Titans star] Alan Ritchson was such a fun interview. All that being said, my favorite thing is my cast. They're all such wonderful people and we truly have become friends because of DC Daily. Don't tell them I said this, but I like them a lot. [Laughs.]

From our Community, @DeSade-acolyte asks: "You're often the voice of dissent or opposite opinion on 'the couch.' What is your most beloved 'anti-establishment' opinion on a DC character, book, movie, and/or storyline?"

In addition to my stance on Guy Gardner, my most "anti-establishment" opinion is that (deep breath) I didn't hate the whole "Martha" thing from BvS... I know... [Laughs.] But, in my mind, Batman had been fighting his entire life to make sure people never had to go through what he went through. At that exact moment in time, he was redeemed. He finally got to save Martha. That must have meant everything to him. Your whole life and your whole reason for fighting for the last 20-something years comes back in a name, and you mean to tell me your world wouldn't be rocked? If it was me... I'd do anything to save Martha.

@HubCity asks, "If you could interview any character from the DC Universe, who would it be, and what would you ask them?" 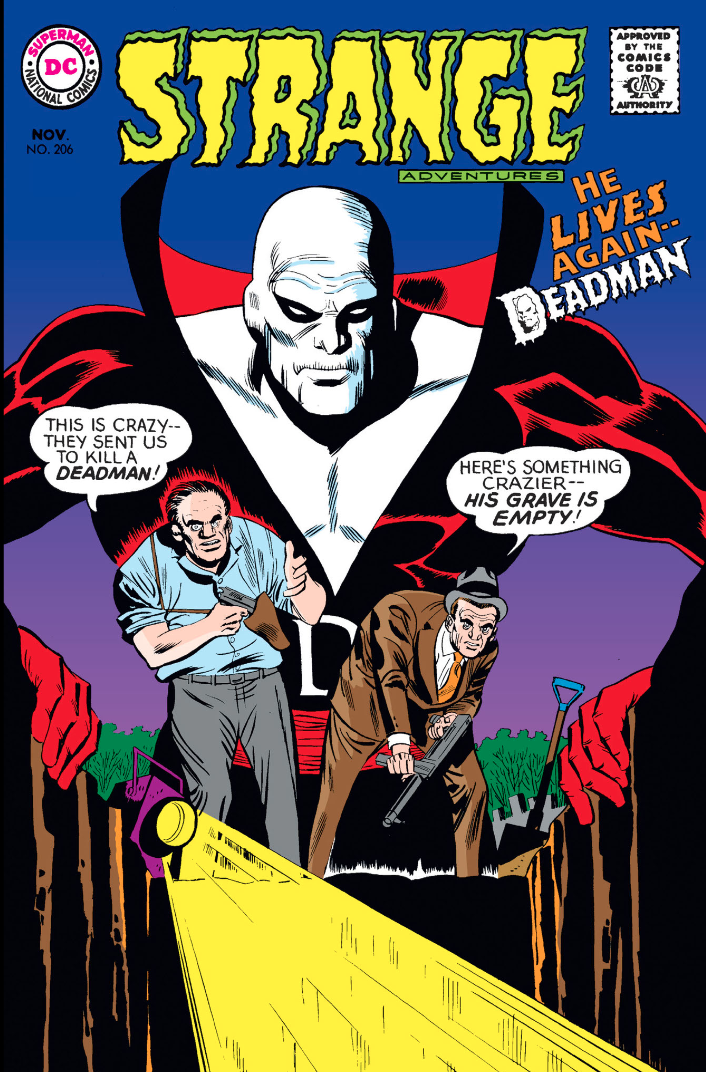 Thank you to John Kourounis for taking the time to chat with us, and to all of our Community members who submitted questions for him!