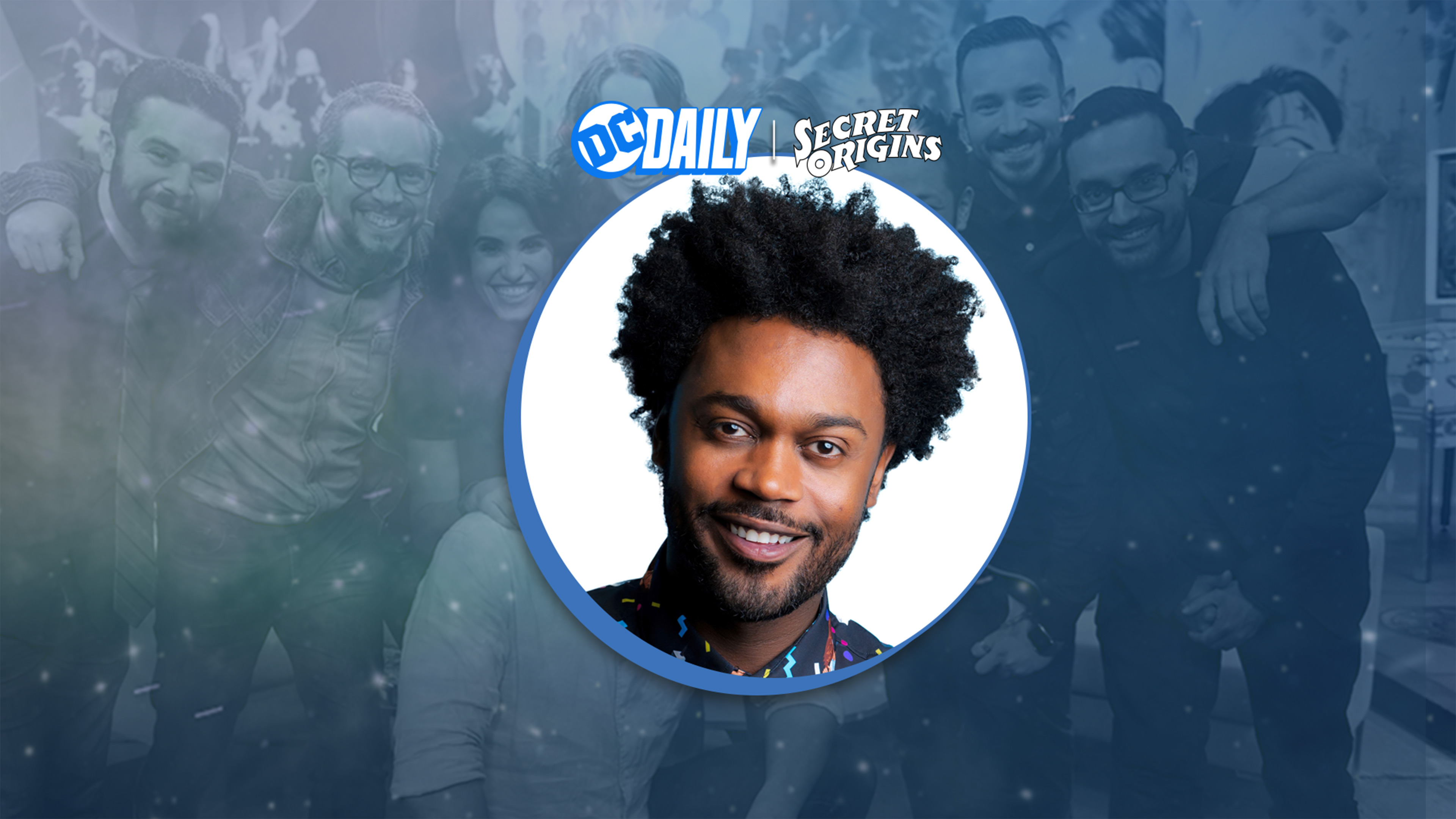 In “Secret Origins of the DC Daily Cast,” we’re delving into the lifelong fandom of your favorite DC Daily hosts, from their first comic book memory to their biggest comic book crush. This week we’re chatting with Echo Kellum, a host who is nothing short of terrific. Before he joined the DC Daily crew, Echo fought crime alongside Oliver Queen as Mister Terrific in TV's Arrow. Not a bad job to have on one's resume! We recently sat down to chat with Echo, and he shared with us his lifelong love of the DC Universe...

When was the moment that you first fell in love with the DC Universe? 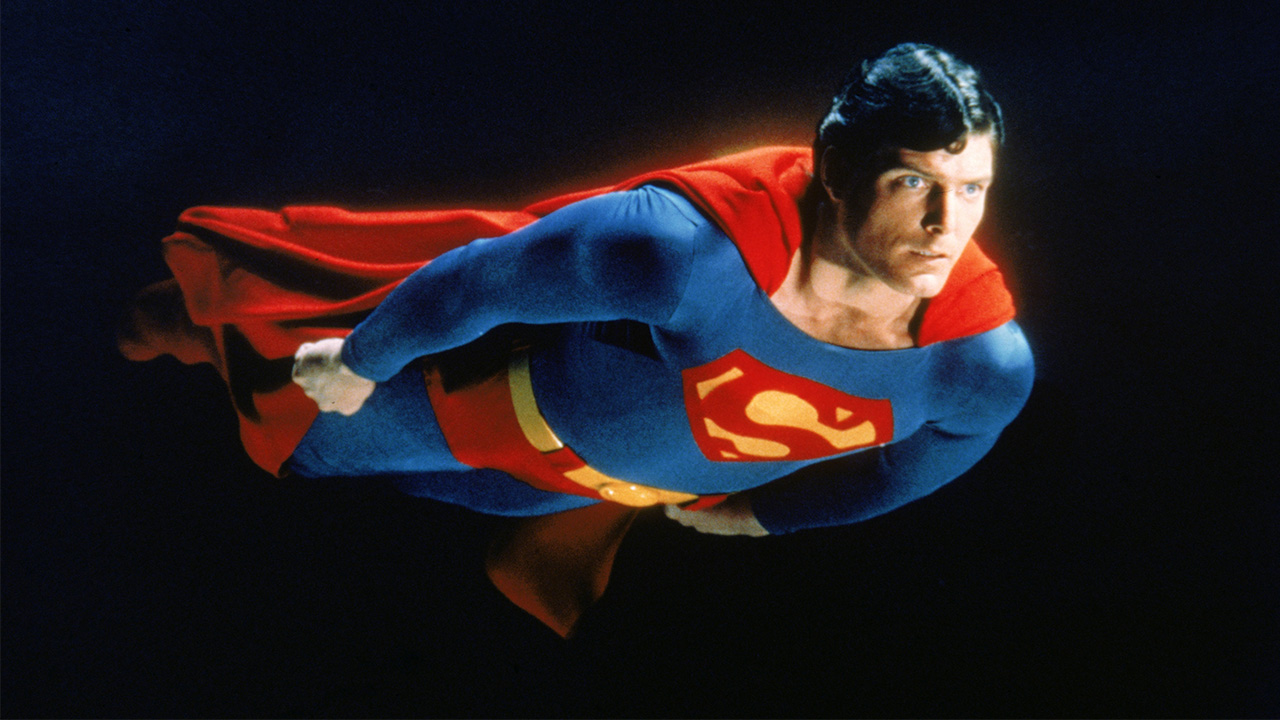 Superman II, when I was a very young kid. Like probably 3 or 4. We were all huge Superman fans, obviously, and we would buy the comics and things like that. And then the Batman movies came out, and Batman: The Animated Series, and there were so many parts of the DC Universe that just helped me get through trauma as a child. I was just a very big nerd. So it was definitely escapism for me as a child to read my comics, or watch Batman, or Batman Returns, or Superman over and over again. They just were captivating stories to me. I thought the characters were really amazing, and the things they were doing were pretty cool. For a kid, it taught you to kind of have belief in yourself, and to have confidence. Seeing Superman struggle, and then have to fight and overcome impossible odds made me okay with dealing with bullies at school and stand up for myself. I remember looking at these characters and being like, "I could stand up for myself. I’m not going to be pushed around." I got beat up a lot standing up for myself [laughs], but you know, it just taught me how to be a more confident person who could stand his own ground, watching these heroes go through the struggles they were going through and seeing them persevere. So from a very early age, I would say like 4, was when the DC Universe first really captivated me.

If you had to pick, who’s your favorite DC character? 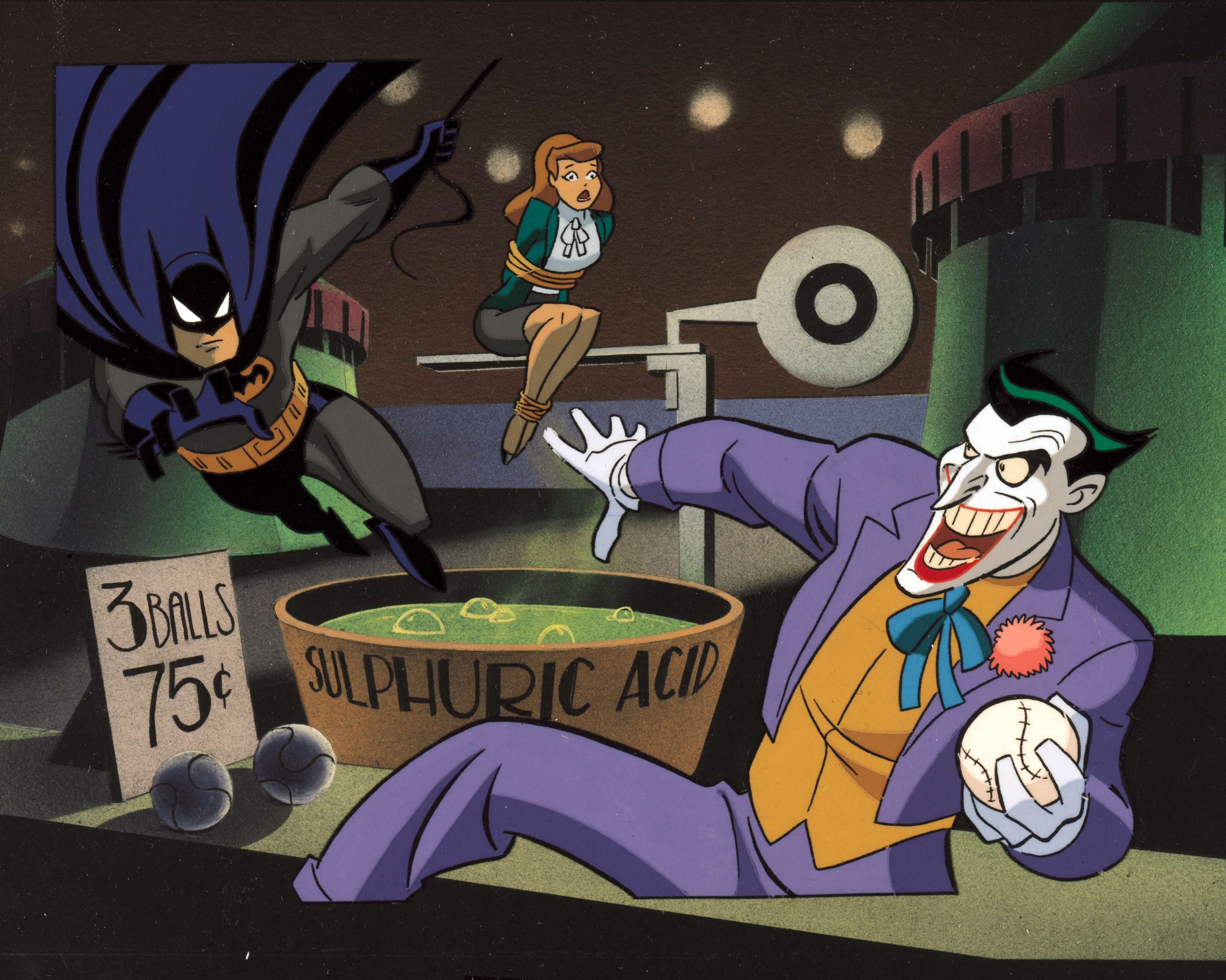 It’s got to be Batman. Superman is great, but I just love the fact that Batman is a normal human who has pushed his body to the limits in terms of strength, speed, and agility; and he is also extremely intelligent. So that aspect, the brains and brawn, to always be able to think two steps ahead of your challenges and enemies, it’s just something about him. Not to mention he looks awesome with all his gadgets and Batarangs. Batman: The Animated Series was definitely one of my favorite series growing up. He’s just always been a character I loved. He’s just been so cool. He’s always just so dope and cool. He’s just a regular guy. He makes me feel like I was a regular guy, like I could do things, you know? You don’t have to be born on Krypton to kick butt.

I want to broaden out a little bit and talk about other properties that DC has that I think are very underrated that I think people should definitely give a try -- Fables. A lot of people don’t know about Fables, where they kind of recreated old fairy tales that you’ve heard from the past. It puts all these characters in this kind of film noir type of world where murder and drugs percolate. So I think that’s a really underrated and underutilized property that DC owns. I would love to see some live-action stuff made with it. I’m not sure if they’re still doing new comics of it, but I had a couple of the books, and I absolutely love it. I would also say Watchmen, even though this recent show has been really shining a lot of light on it. I was a big Watchmen fan, and I love how they pull these superheroes into this kind of real world story, and show them to be very flawed, and death and all these things happen. So I’m really happy Watchmen is starting to really be in the zeitgeist, and the show on HBO is really killing it. Fables next!

What’s your definitive version of Batman? 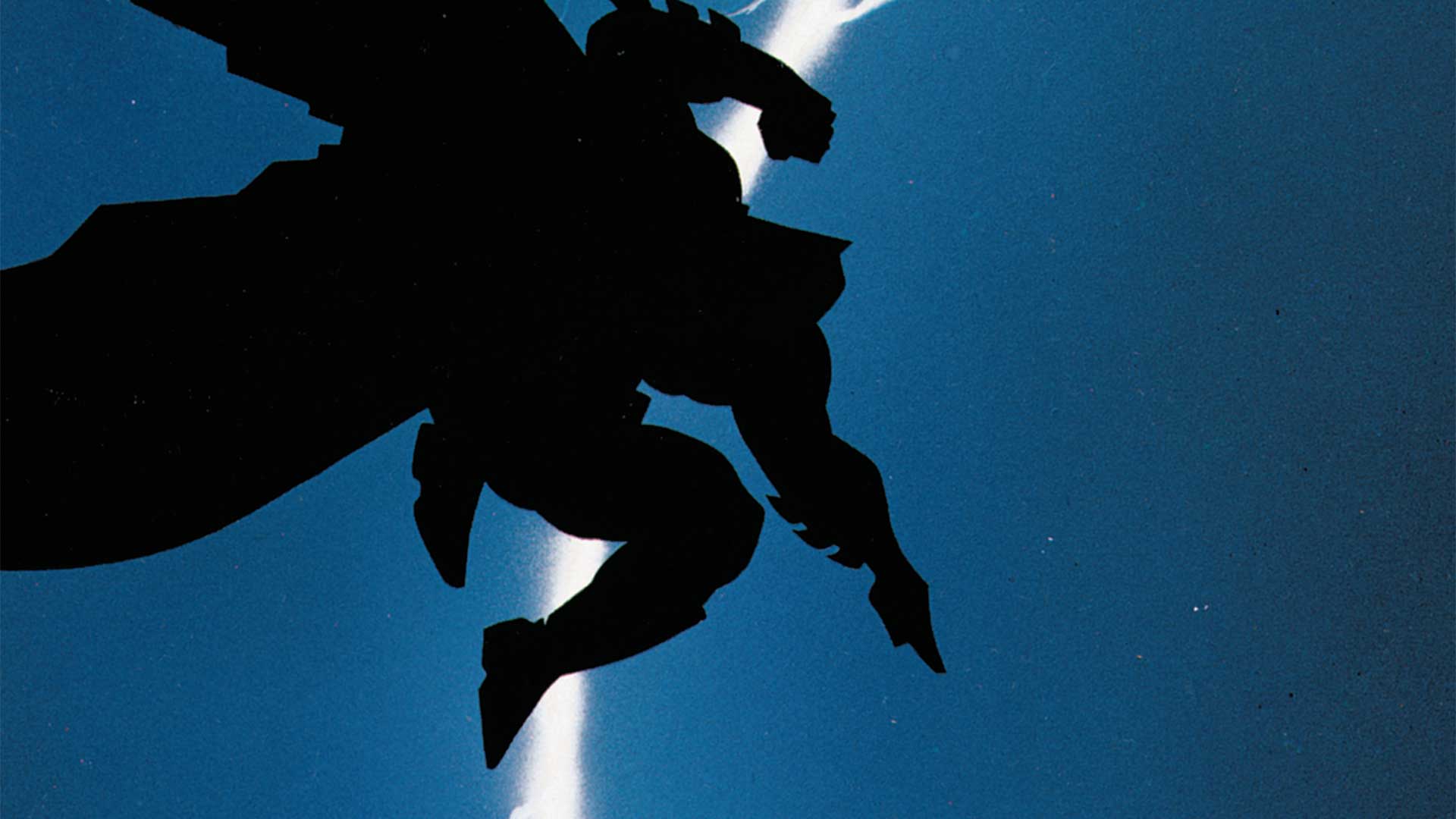 I’m a big Dark Knight series fan. The Frank Miller series. I really think that’s one of the best comics that portrayed Batman. Just one of my favorite versions. I just loved the grittiness of it, and where Bruce was in his point in life. I just really am a fan of the Dark Knight version. 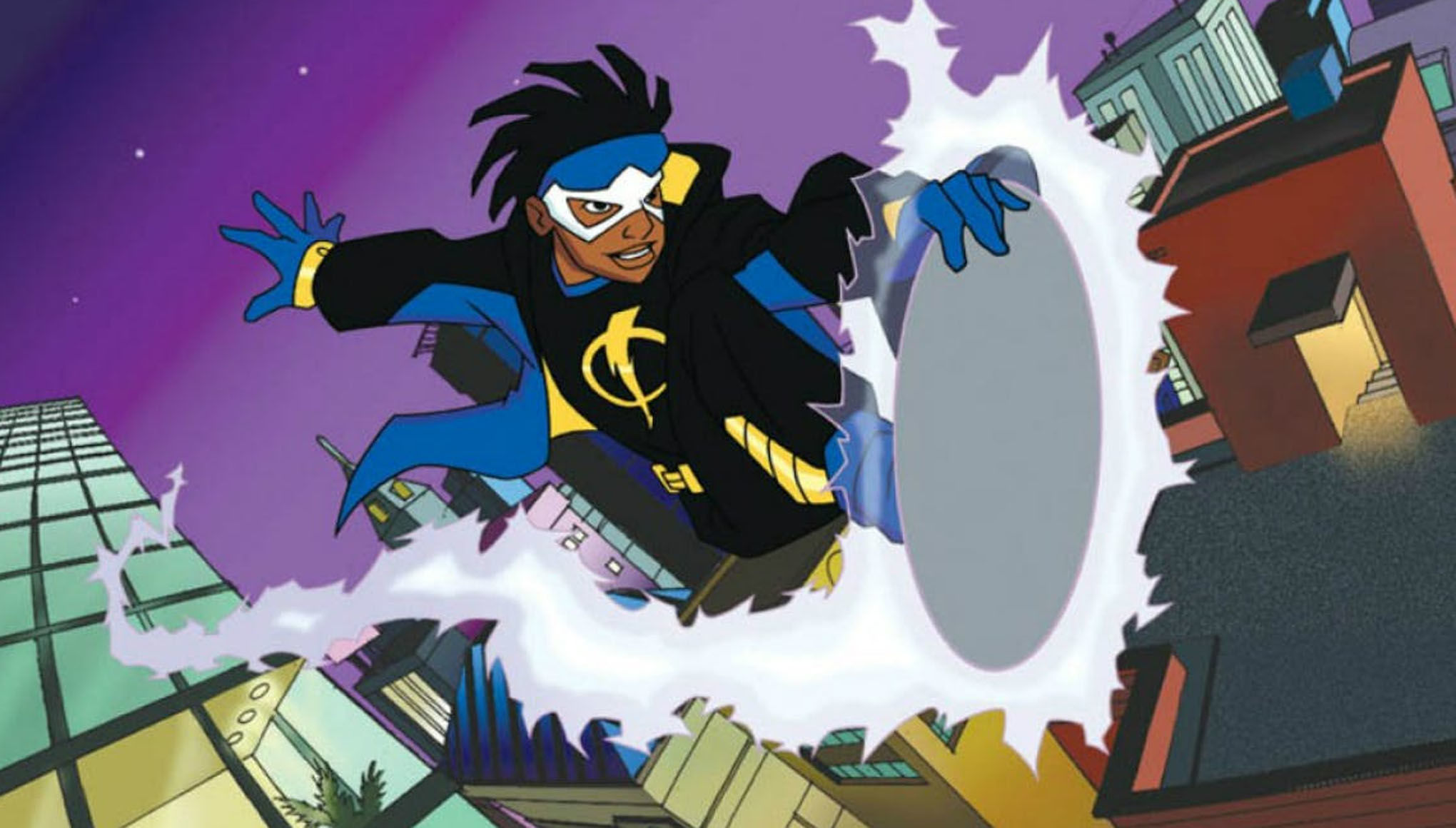 I’m not going to say Mister Terrific because that would be too cliché, because I played him. You know who I’ll say? I’ll actually say Static. Static Shock's Static, because he’s kind of nerdy, and cracks jokes like me, and he has this confidence and coolness about him too. I kind of see myself as a cool nerd. Plus he has hair like me too... I did work at Geek Squad, and I’m big into computers.

What did you related to the most in Mister Terrific? 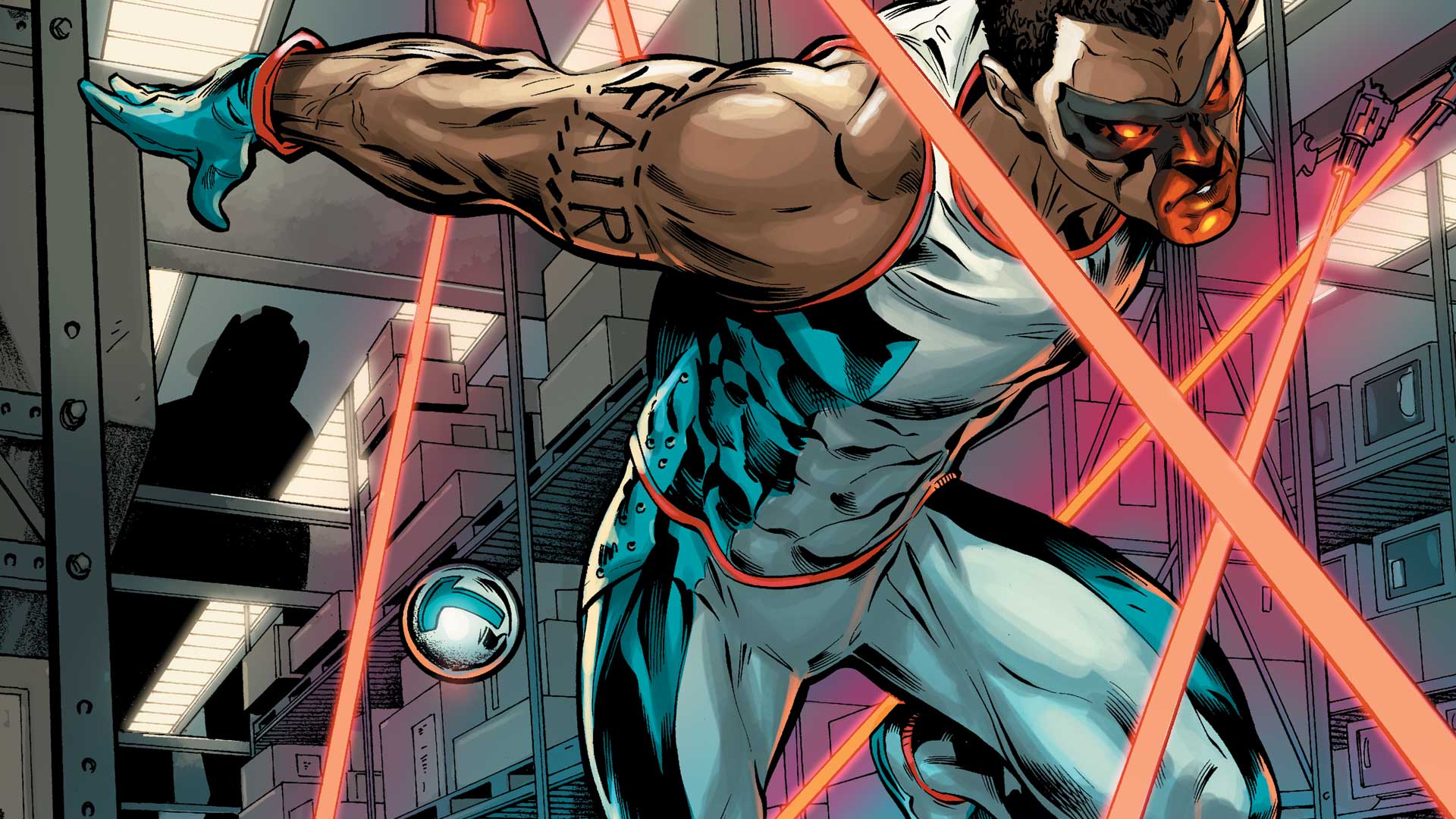 The thing I related to the most with Mister Terrific was his undeniable knack for never giving up, for continuously persevering, and pushing through. The other aspect is his love of tech. I am a huge tech person. I build computers. I just love all the gadgets that he creates. I love the fact that he uses his brain, and that he’s the third smartest person in the DC Universe. I’m not going to say I’m the third smartest person in the world, but I mean, yeah, it’s a close call. [Laughs.] There were so many things I loved about getting a chance to play that character, and especially just whenever I got to put on the suit, it was just like an out-of-body experience. It was very surreal, and I felt very fortunate to get to do that.

What’s your single favorite DC Comics issue of all time? 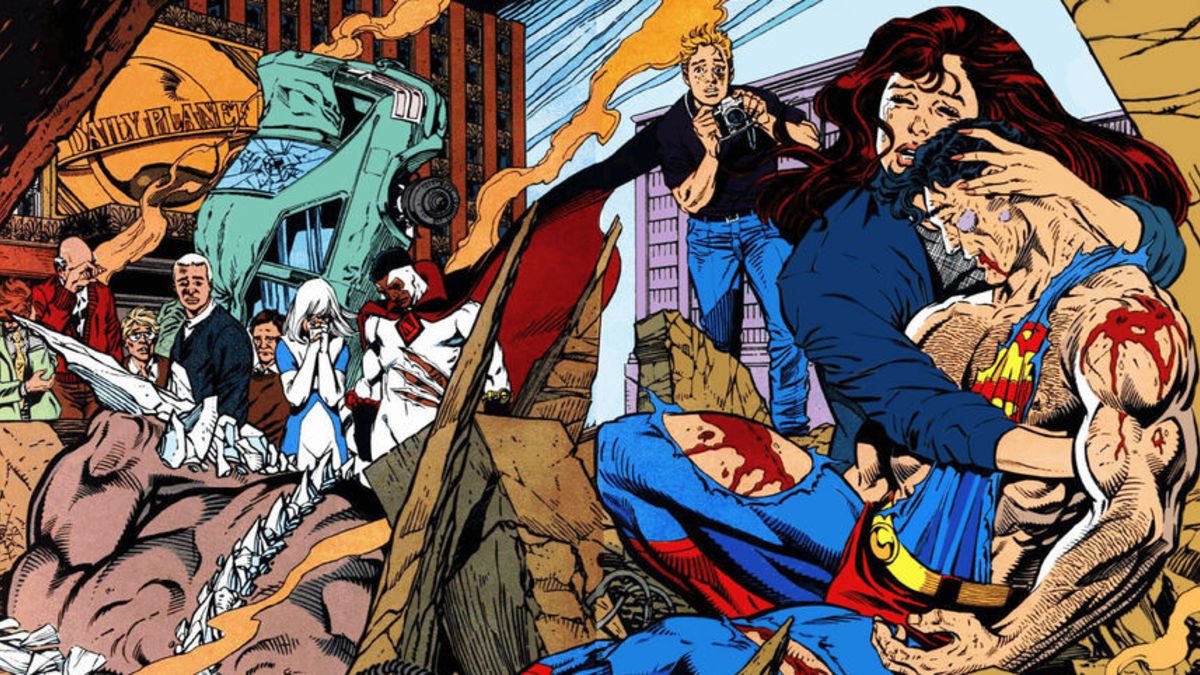 The Death of Superman (Superman #75) was one of my favorite ones that I just read over and over again. Just his battle with Doomsday, and that last iconic shot with Lois holding him in her arms. Man, I cried so much reading that comic. It was just huge -- it hit me hard. I remember reading that comic over and over again, with that final fight, when they both punch each other, and they both fall out, and then Doomsday is defeated. Oh my goodness.

If you had an arch nemesis in the DCU who would it be? 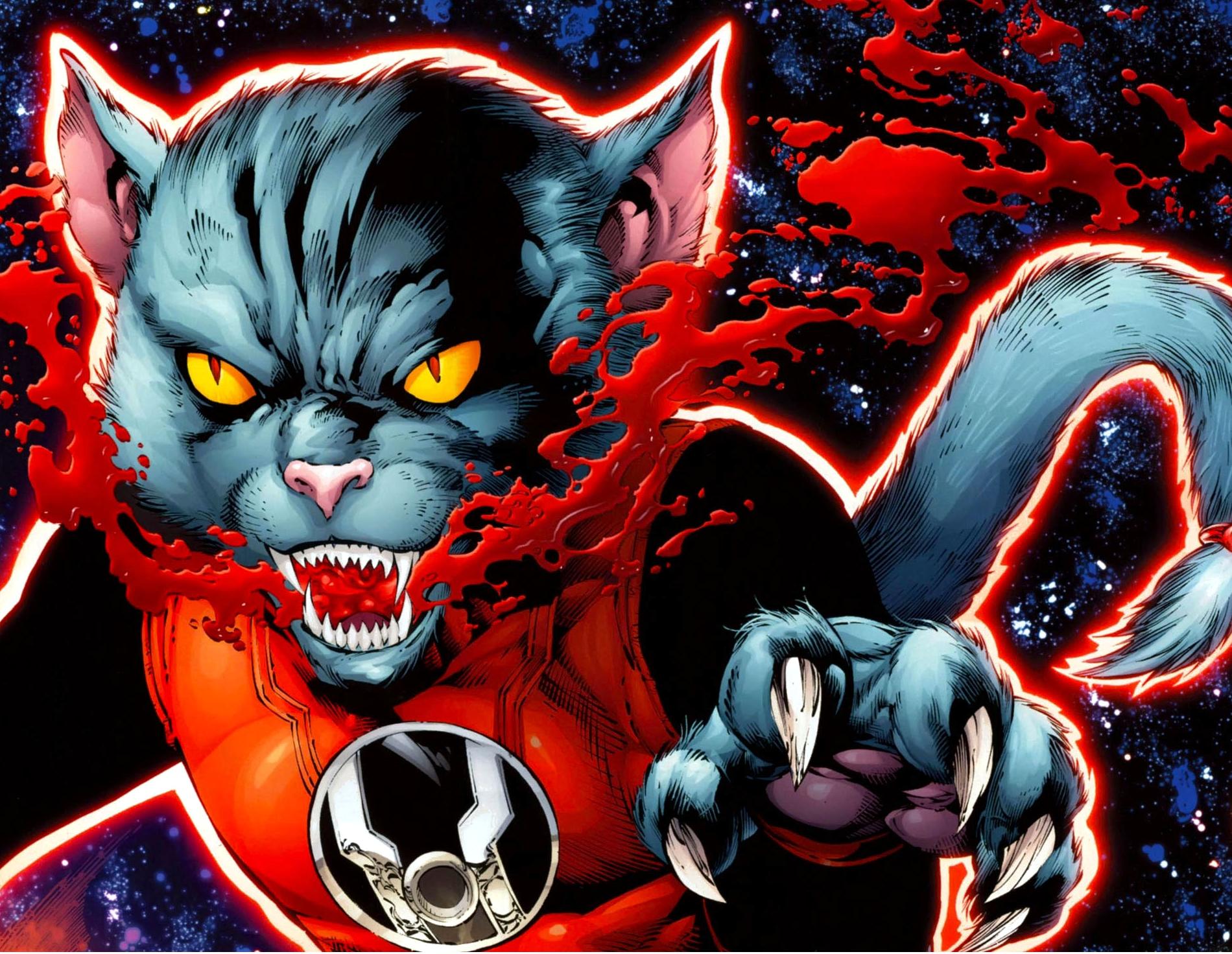 I’m going to go really out, just because I want to say the name, and I love this character -- Dex-Starr! The cat. Me and a cat…a cat is my arch nemesis. That cat is evil, so I’m coming at Dex-Starr for sure. 100%. Could Dex-Starr meet Beebo, by the way? That would be fun. Give me a plush Dex-Starr and a plush Beebo, like in real life, please. 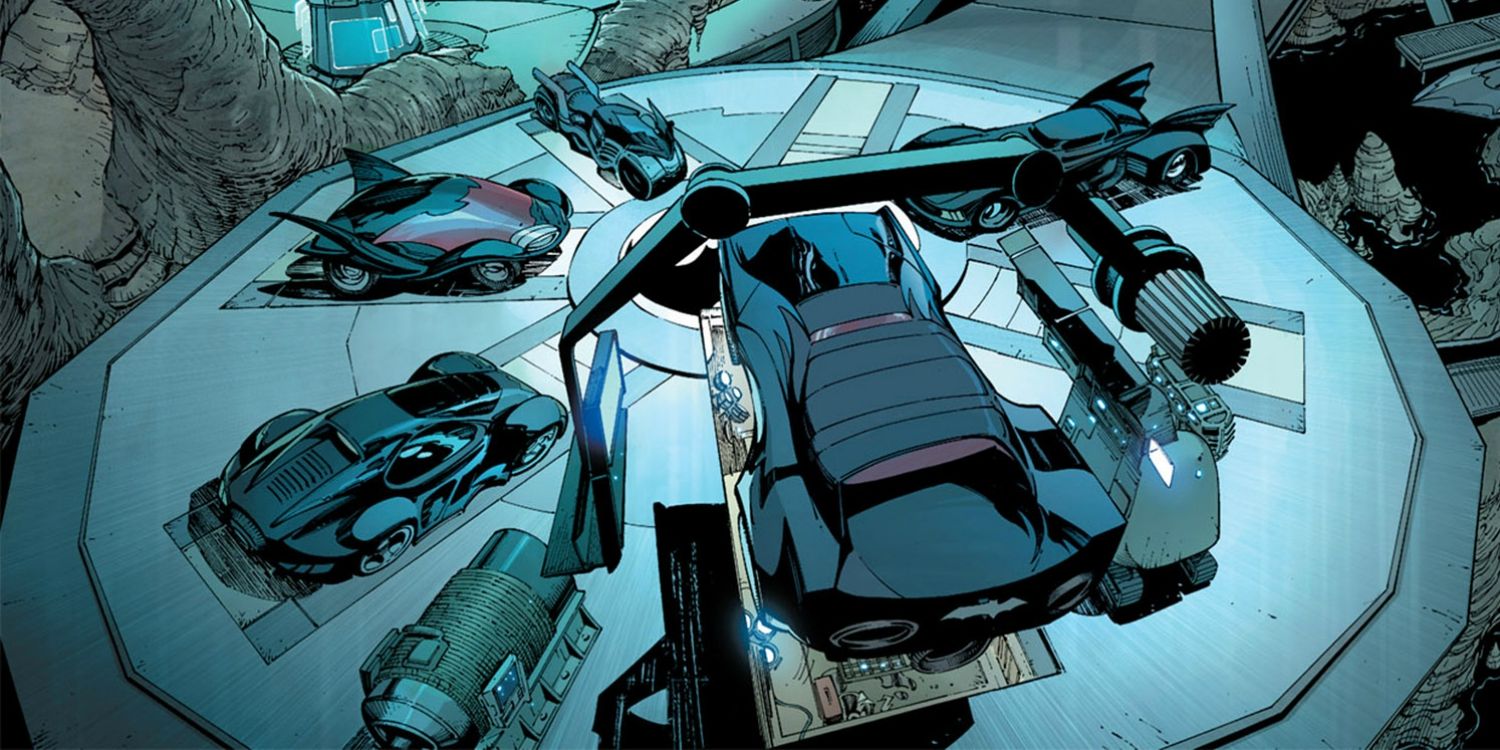 I have this amazing remote-control Batmobile that I love, that is sitting in my mancave in my back guesthouse. The mancave is just filled with all my figurines and everything like that, and the Batmobile, it’s like probably two feet long, and about like a foot high, and it is epic, and I love it. It’s very cool. It’s like a newer Batmobile. It’s not like the old school one. But yeah, it’s really cool.

Who is your go-to DC comics cosplay? 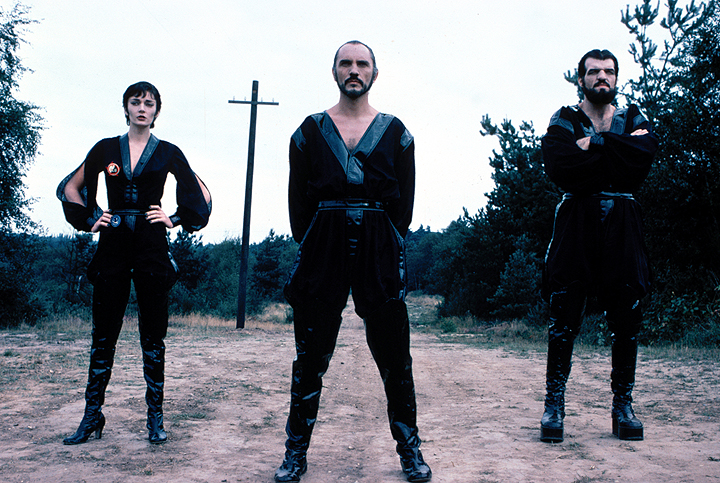 I want to go as Cyborg. For Halloween, I did dress up as General Zod from the Superman II film, and it was pretty accurate. It was pretty dope. I did my hair in a ponytail. I just put it in a ponytail and I had the beard popping.

Out of the entire DC Universe, who is your ultimate comic book crush? 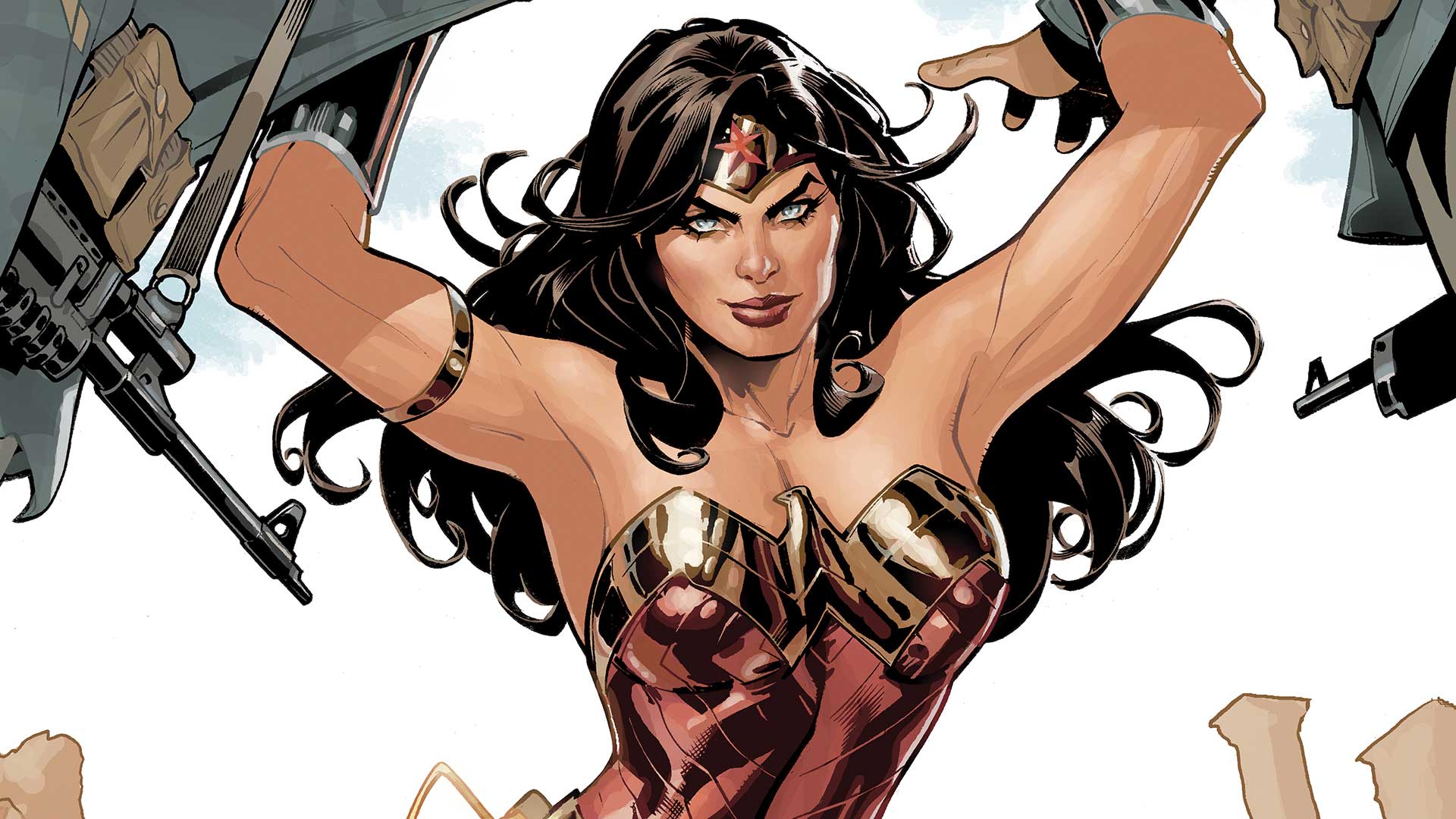 Give me an Amazonian. Give me Wonder Woman. Let’s go for it. She’s beautiful, and she’s as tall as I am, and I’m into that because I can actually have like eye-to-eye discussions, because I’m 6’5”. I’m not intimidated by an Amazonian woman. I’m very confident in my own stature. I can deal with it. [Laughs.] 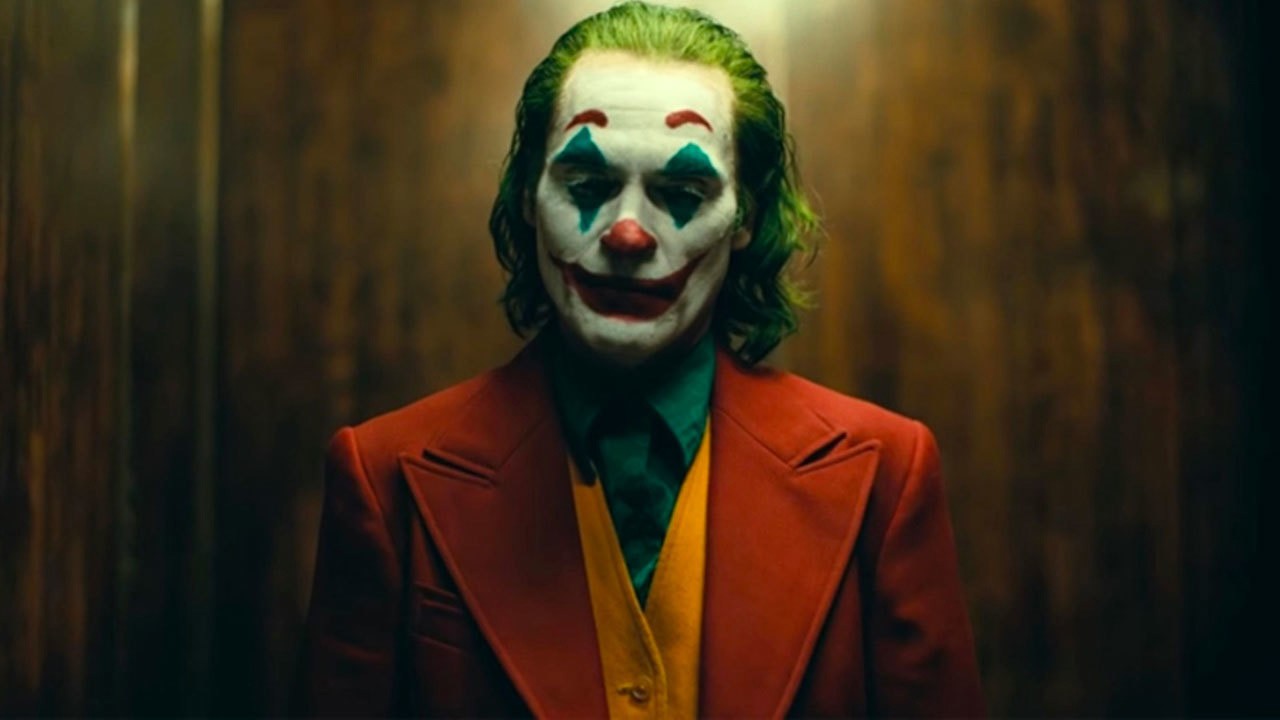 You know what? Honestly, I’m going to have to say this, and people can come at me all they want to, but I freaking love this film. It is number one on my superhero films list currently, and it blew me away -- Joker. I freaking loved it. I thought Joaquin Phoenix’s performance was great. I loved the films they based it off -- King of Comedy, Taxi Driver. I think they did so wonderfully with this movie. I loved seeing it as more of an arthouse film than a comic book movie, but it still was a comic book movie. It could really change the game in terms of films for comic book movies, I believe. Cartoon-wise, let me think. I’ll go Batman: The Animated Series, just for the classic style. That was just something I watched so much as a kid growing up. I loved it. I could say Teen Titans, but yeah, Batman: The Animated Series is really great. 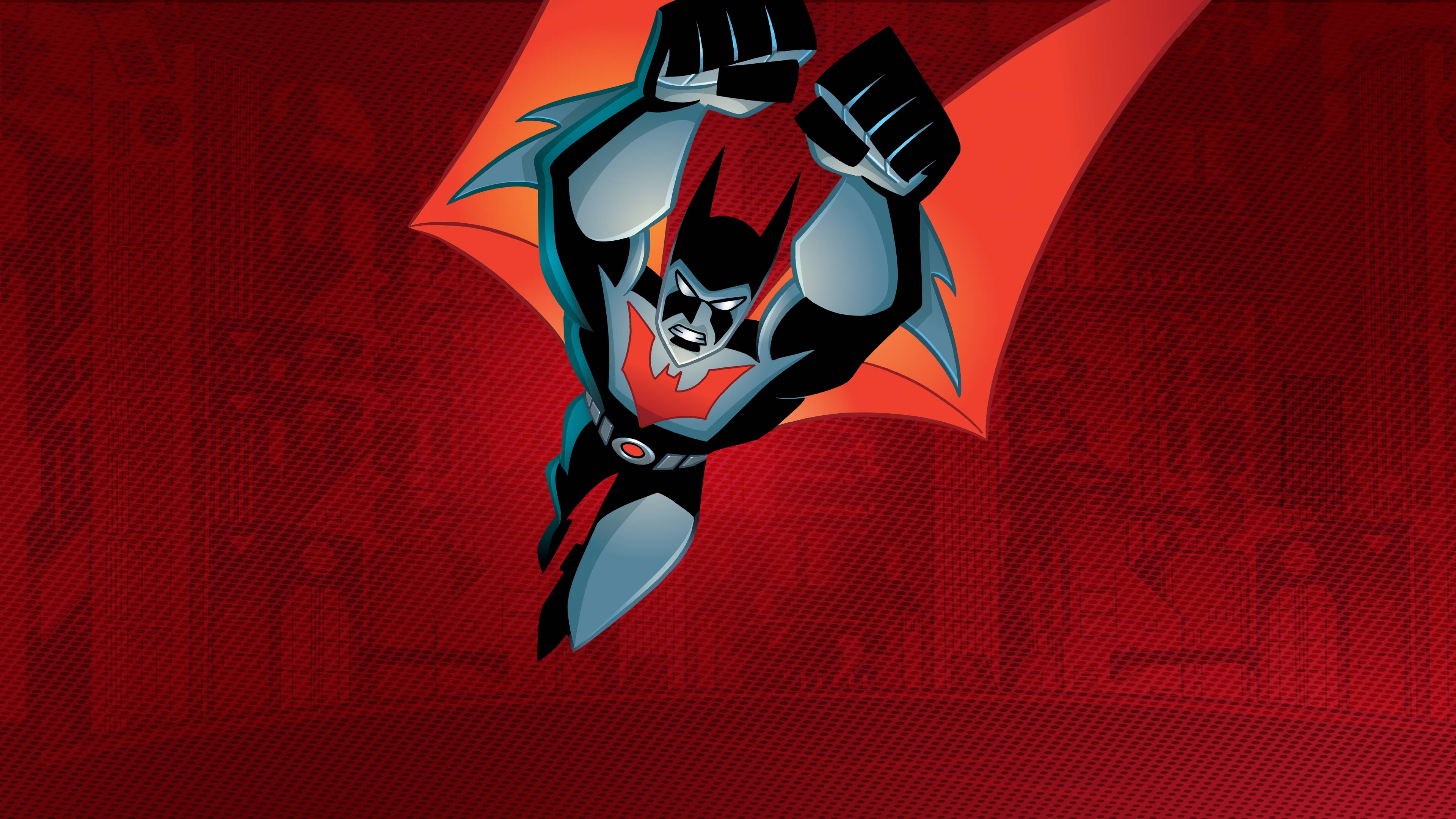 What are your favorite things currently streaming on DC Universe? 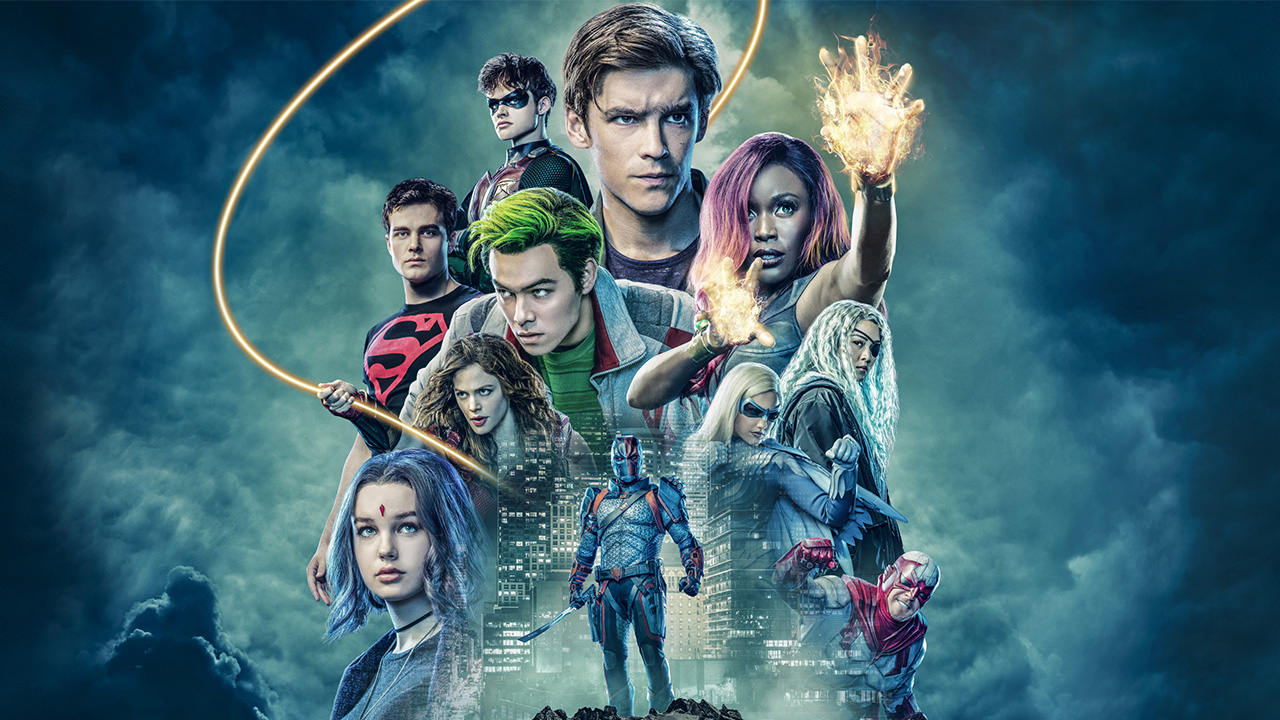 You know what? I’m a big fan of Titans. Holy moly. I love how they just go for it. How they’re not holding back. I love how brutal it can be, the maturity, the cursing, and everything. I just watched season 2, episode 11 (“E.L._.O”). At the end, Gar turns into a tiger and mauls this woman brutally. Like brutally. Like, she’s missing a hand -- like, help! And then the blood! I’m just like, give me more! Yes, I want mature content. So Titans is actually really dope. Doom Patrol is doing their thing too.

I think my first time ever coming on the show. To feel the sense of family here, and how they just welcomed me so much, and the fact that they wanted me to come back again and again. My favorite moment is being in the trenches with everyone who’s behind the scenes, and all the hosts and the commentators. It’s just people who love comics, and who just love these really interesting and deep characters, and are all really passionate about it. That’s my favorite aspect. I just love coming to work with these people, and connecting and talking about some nerd stuff. And not getting beat up for it. [Laughs.]

What are your favorite Echo Kellum moments on DC DAILY? Let us know in our Community!