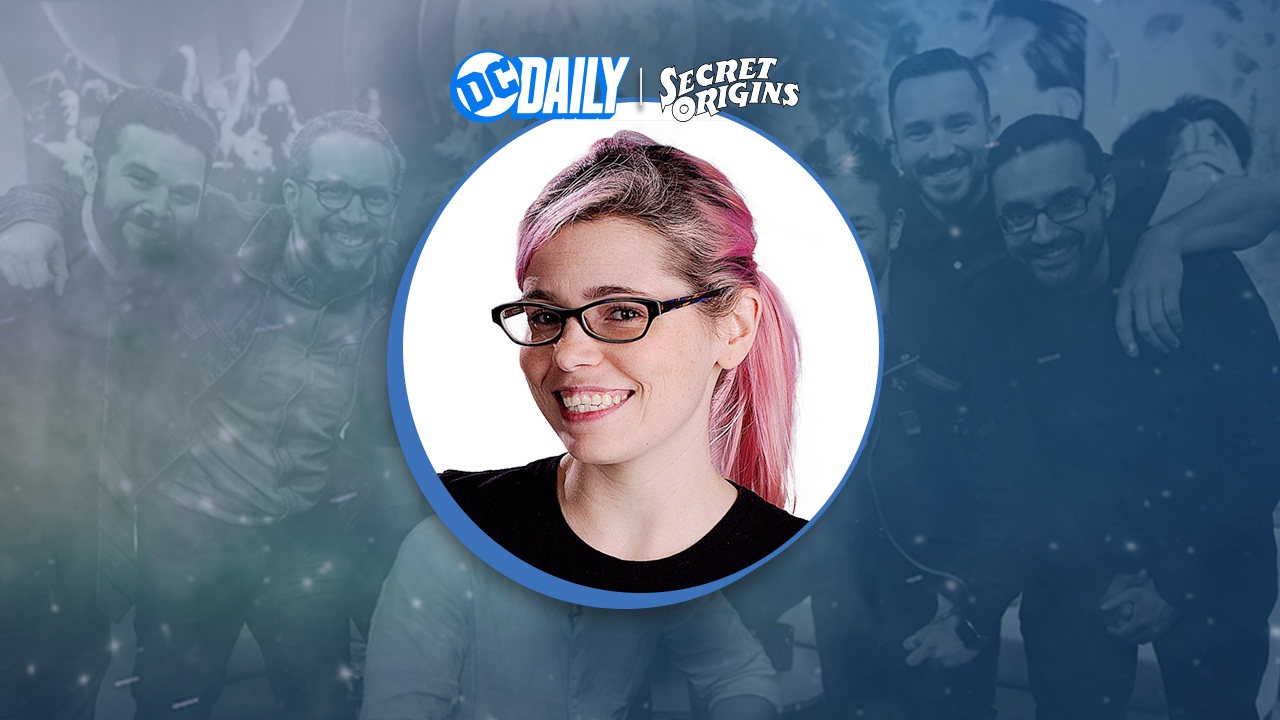 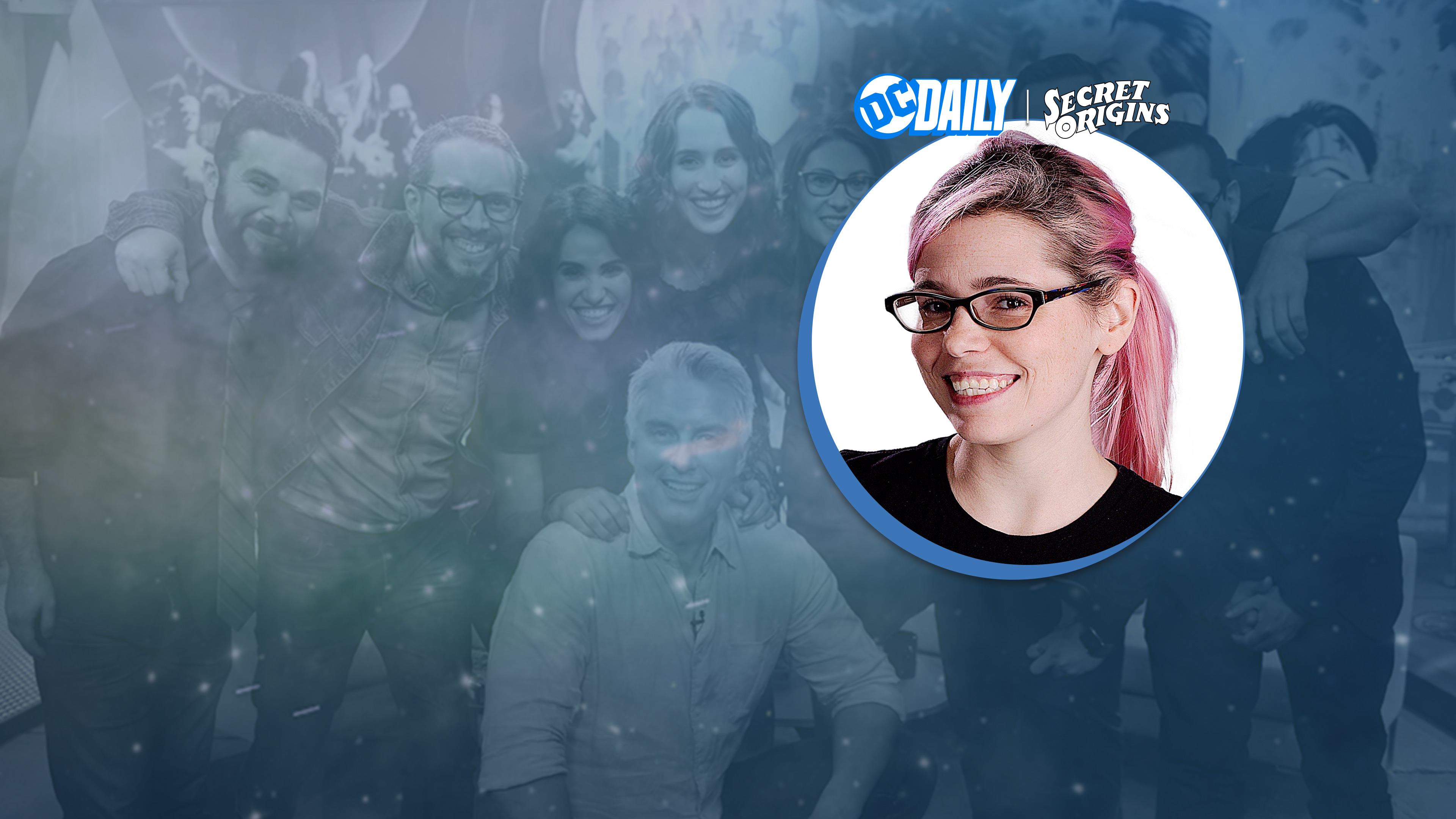 In "Secret Origins of the DC Daily Cast," we're delving into the lifelong fandom of your favorite 'DC Daily' hosts, from their first comic book memory to their biggest comic-book crush. And we're asking them your questions. So if you want to submit a question for our next cast member interview, be sure to visit our Community! This time we sat down with the amazing Amy Dallen, DC diehard, and our Woman Behind the Screen, star of not only 'DC Daily' but also Collider's Heroes and Geek & Sundry! Amy's the person you want on your team during any comic-book pop quiz, and we were lucky enough to chat with her about her love of DC and the experience of sitting on the famed 'DC Daily' couch...

Okay, so this is the first impossible question, because I can't remember not knowing these characters. I can't remember when I saw 'Wonder Woman' for the first time. I know it must be way back in there because she's in there deep. But probably watching the reruns of 'Wonder Woman' and 'Super Friends' and seeing Burton's 'Batman.' I will say I do have a moment reading the comics that was like my portal into falling in love with DC history, which was reading the collections that they put out of the annual 'JLA/JSA' crossovers. It's my favorite. It's an oddball way in but it's like showing up to a family picnic every summer and just seeing how everything is changed and so that was a really great way to fall in love with it.

I mean, it can only be Wonder Woman. I know it's not an out-there choice. But she really stands alone in comics. There's just no one like her who's that early, that intentional, that glorious, that long lived. Yeah, I mean it's an extremely large tie for second place as there are so many great characters, but for me it's Diana. 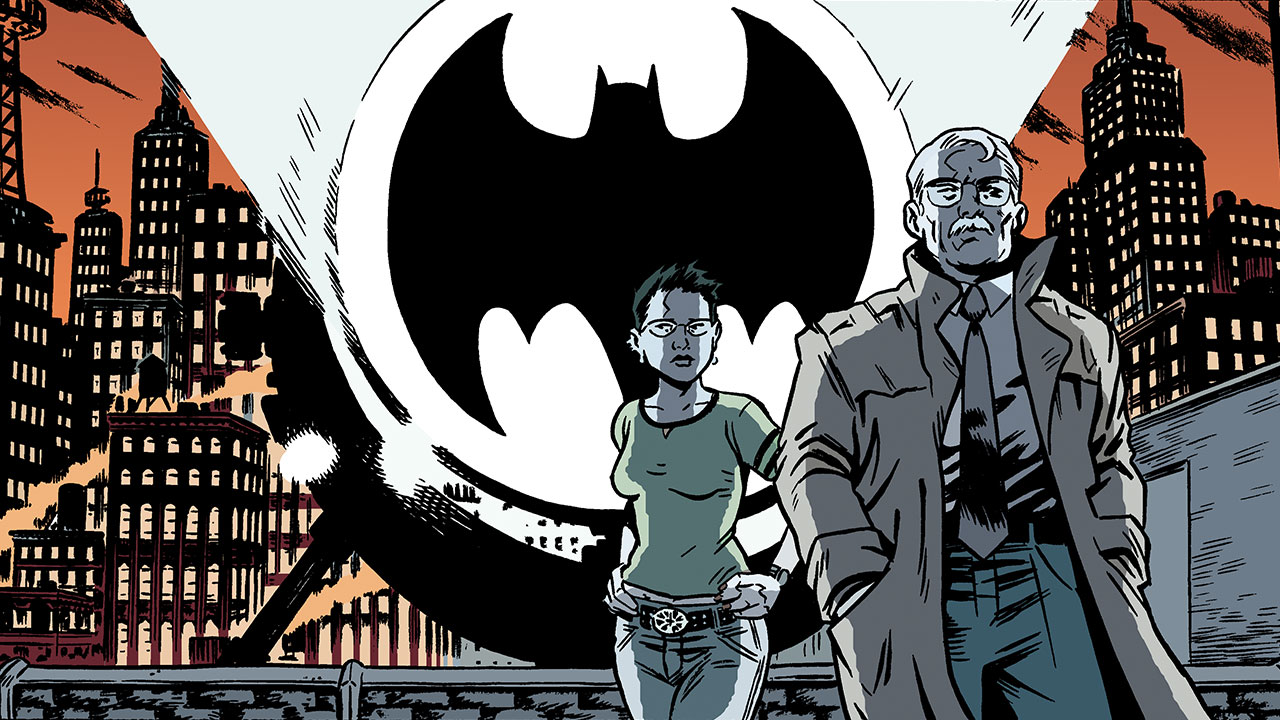 This is a great question because there are a million things I want to throw out there. I've worked in a comic book shop for a very long time, so you get a sense of which things people go back to over and over again, which ones feel like sometimes they're at risk of falling through the cracks. So although it's fairly well known, I think my answer to this has to be 'Gotham Central', because there's a lot of us out there stumping for this book. But it's one of those books that I can't let fall by the wayside in DC history. It's just too good, it's too much fun, and there's still a lot of people who never got into it.

I assumed that we have to answer this like, "the most iconic EXCEPT for Batman and Superman!" [Laughs.] But I think just for sheer reach across space and time around the world, it's either Batman or Superman. It's either those ears or that iconic S.

Alright, I'm worried that probably everyone has said this, but it pretty much has to be Kevin Conroy from 'Batman: The Animated Series.' He hit a lot of us at the right time, but it also crystallizes how Batman is one of those amazing characters who has had 50 wildly different versions that all somehow feel like Batman, but you do get the sense that when you're watching Kevin Conroy's Batman you know this is the real one. 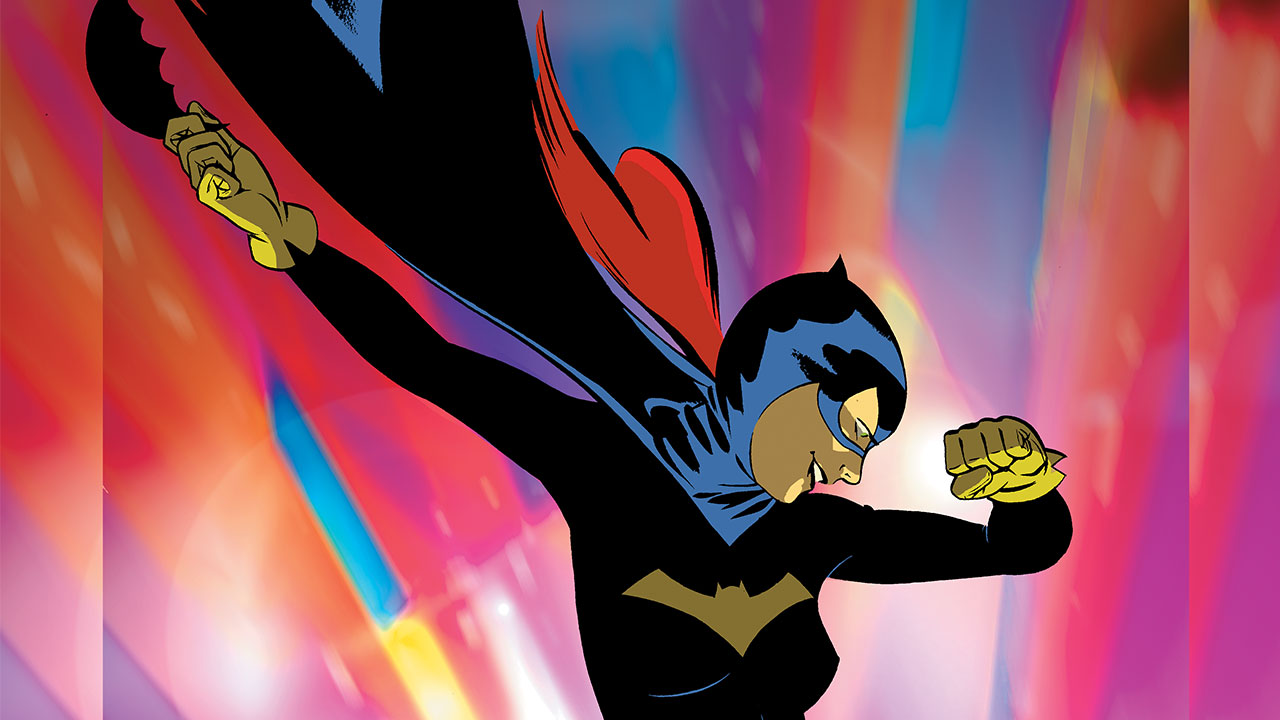 This one is tough. It's always going to be nerds with me. So it's probably going to be Barbara Gordon. I mean, you know, all the years in a bookshop, she's a librarian hero, like in computer science. There's obviously elements of her story that I don't share but that are super important parts of it. But yeah, probably Barbara Gordon. This is an amazing question and I want to go back and find everyone's answers.

I think I'm going to go with the final issue in the three-part story 'Death: The Time of Your Life.' It was Neil Gaiman and Chris Bachalo, and I think Mark Buckingham inks that one. I don't remember how I came across that book but I think I read it 1000 times. It's a beautiful, heartbreaking story. And it's just three issues and they're all perfect; just like the wrap up, just the landing of it, the stakes of it, the sheer beauty of it. I mean, the art is incredible. I think that's probably my pick, but I want to see everyone's top 25!

Okay, I considered a lot of options for this. I feel like Guy Gardner and I would probably not hit it off right away, but I also feel like we'd figure it out eventually. I think if I tried to pick an arch-nemesis in the absolute fantasy that I could go toe-to-toe with this person, I would go with Sinestro. He's always misusing power and preying on people's fears and making other people feel less than. I'm assuming that in this scenario I'm somehow able to actually fight him, so I think I would enjoy that.

Okay, this one was tough! I do I have a set of Sandman bookends that are very dear to me that I actually got at The Beguiling up in Toronto. I'm so glad I got to go there, I didn't know it would be closing when I did. But the real answer I think comes from last year at Comic-Con where they had a special guest there whose name I didn't know then but now know that I should have, the first woman to ever write Wonder Woman. I got the autograph of Joye Hummel, they did a very brief signing after her spotlight panel. It's on a scrap of paper because I didn't know it was going to happen and I wasn't carrying anything remotely appropriate. But I have an actual artifact signed by a woman who wrote Golden Age Wonder Woman and I didn't even know that that was a thing. It was the best, I definitely cried.

You know, I don't do a lot of cosplay, but I have done a couple of DC ones. I once did an improvised a Swamp Thing costume out of like plastic bags. He's the best. I do also have a soft spot for classic Harley, so I've done that one as well.

Out of the DC universe, who is your ultimate comic book crush? 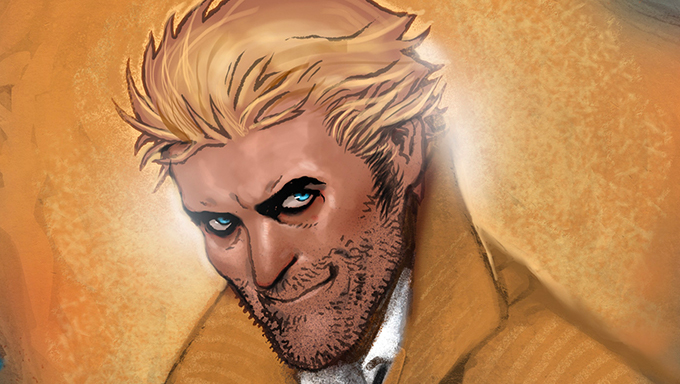 This is, again, an impossible question. So the first part of this answer is that I'm in a very large group of people who would not be able to not answer the phone if John Constantine called. And then once my heart was inevitably broken, I would also answer the phone to Zatanna. They're both irresistible, both their own versions of good people, one distinctly more so than the other.

Okay, so for a long time I would have said that this was a very complicated question. But then Patty Jenkins made a Wonder Woman movie, and it turns out that now it's simple. Of course, there's 'Batman: The Animated Series.' Of course, there's so much wonderful stuff in DC history, but yet it's funny to be like, "Oh, I guess I do actually have an answer for this one." That movie was a miracle. 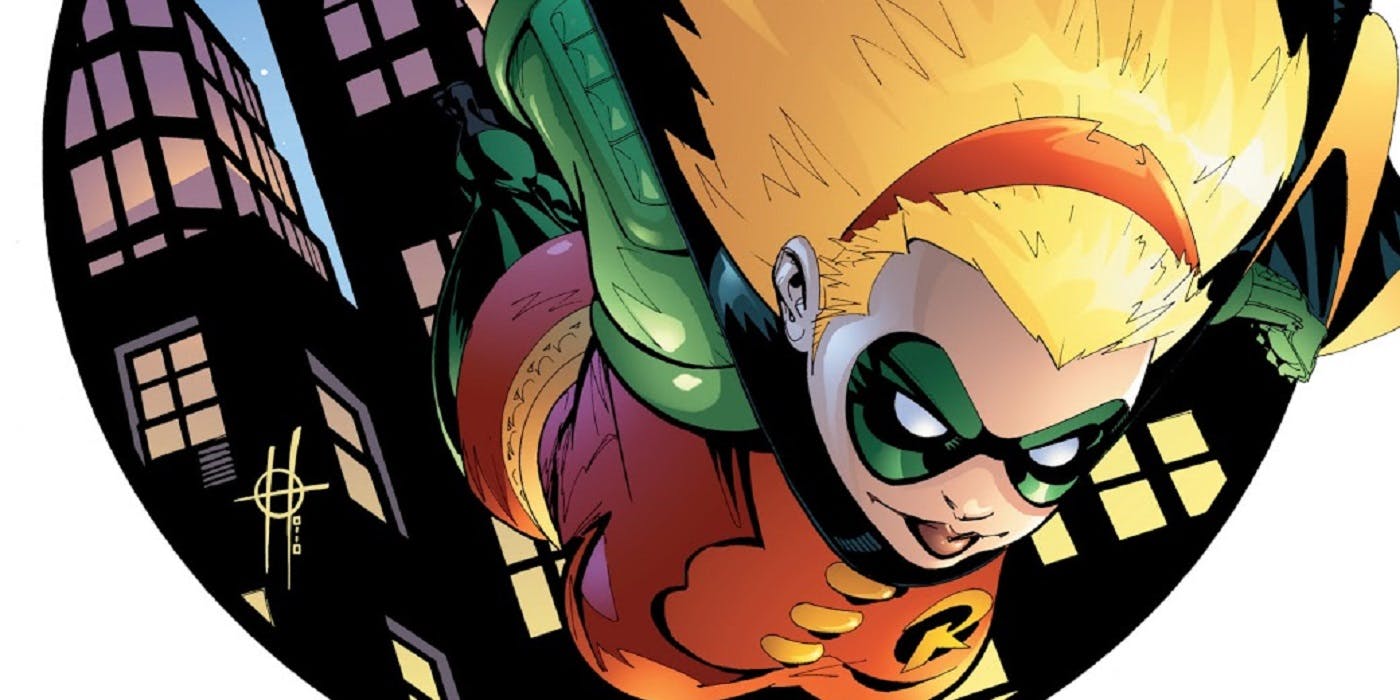 Okay, I'm trying to dig deep. I'm not usually with the hot takes but I will say any list of Robins that doesn't have Stephanie Brown on it is an invalid list!

Aside from all the comics, which you should be reading, it will not be a surprise to 'DC Daily' viewers that I'm wildly in love with 'Doom Patrol.' It's unreasonably good. But that's a longer conversation full of happy surprises! And my backup choice is that I love the 'DC Nation Shorts.'

What's been your favorite moment on 'DC Daily' so far?

Ah, that's tough. I feel like we've had some incredible guests. Getting [voice director] Andrea Romano and Kevin Conroy on the couch was just unreal because she is exactly how you'd imagine her, just delighted to talk to you about Batman, as if no one has ever asked her these questions before. And she would just love to be the first person to describe to you what it was like to make this show. Just phenomenally talented. But I will say just just getting to do Book Club and have our dumb little chant has been amazing. I saw someone on the forums actually did the chant and it popped up somewhere on DC Universe. And it was like my heart just stopped like, "Yeah, you're here with us. That's so cool."

This question comes from @Manifest in our Community: Is there a book you'd like to write for or is there one character you'd love to see go in a direction they never have?

Oh my, great question. I don't feel remotely qualified for it, but I think it would be very fun to try to tell some Birds of Prey stories. I'd be like, "Hey, Sam Humpries how does writing work?" As for a character going in a different direction, this is probably a terrible idea but I think it'd be really fun for someone to just do a super fish-out-of-water Etrigan the Demon book where he has to get into childcare or something for which he's not at all fit. I would very much enjoy that.

This question comes from @BwanaBeastguy6667: Who would you rather hang out with, Deadman or the Creeper?

Oh definitely Deadman! Like I would be very intrigued to meet the Creeper, but I feel that he would be very unsettling to actually spend time with it. Deadman just seems like good company. I don't know how I'd actually interact with him. That would be difficult, but we'd figure it out.

This question comes from @RagdollRebel: Working at a comic book shop seems like a dream job but what was the most difficult part in your time working at one?

Okay, I will say the coolest element of challenge to working in a comic book store is learning to combine your own taste with reaching out and being like, "I need to pick out the book that's actually going to make you happy, whether or not it would be the top on my list." Once you pick up that skill, you start to see those books through other people's eyes, and then suddenly your own taste gets way bigger and you start appreciating lots of stuff. It's really rewarding but it can be super trial and error to get there. The other question, of course, is when you can't get a hold of something, and it just breaks your heart because you really want to put it in somebody's hands -- but that's why we have DC Universe now!!

Thanks to Amy Dallen and all our Community members who asked questions!