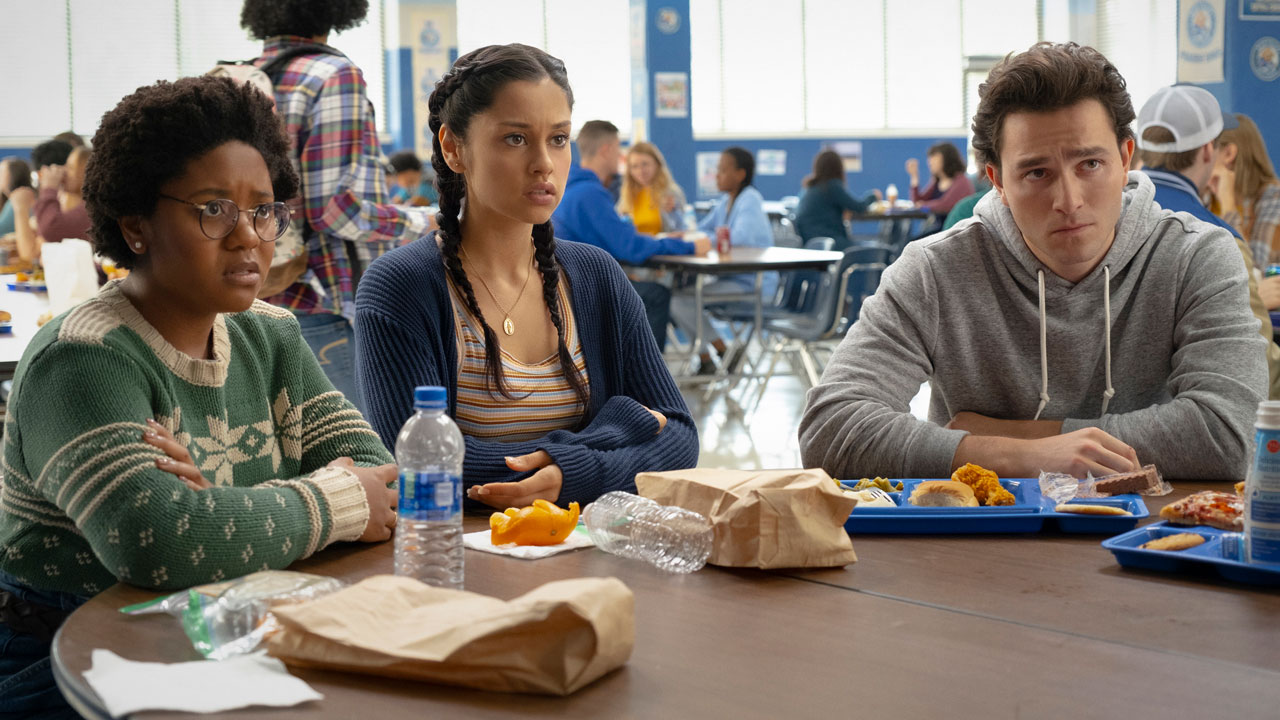 Summer is winding down, and teenagers are preparing to return to high school. But whether it's digital learning or campus classes, there’s one thing that's certain – school sucks. If you think your own high school experience was miserable, you’re not alone -- every school in the DC Universe has its own set of challenges. Let's rank the worst... 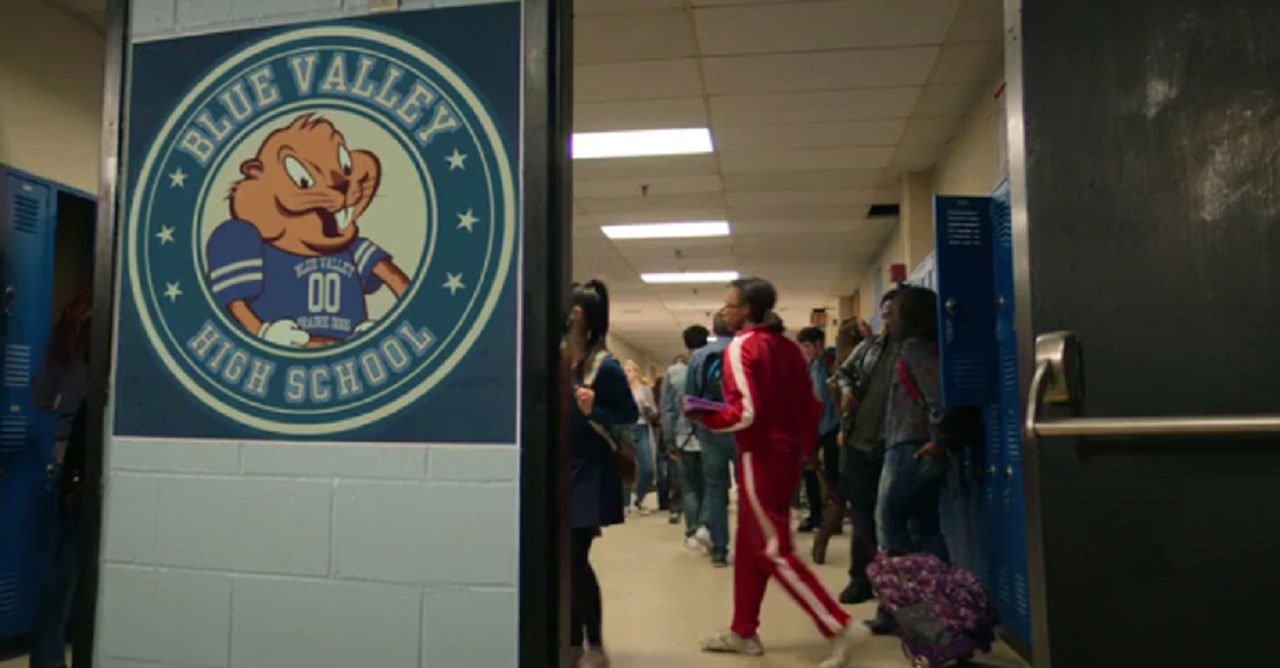 Notable Appearances: The high school was first seen in 1961’s The Flash #122, and was later used as the primary setting in writer Geoff Johns and artist Lee Moder’s Stars and S.T.R.I.P.E. series.

Notable Alumni: Wally West, also known as the Flash, is probably the school’s most famous graduate. Courtney Whitmore, the heroine known as Stargirl, is a current student.

Pros: If you’re watching DC Universe’s Stargirl, then you already know the Justice Society patrol the hallways of this school, which is pretty cool.

Cons: In the Stars and S.T.R.I.P.E. series, students were constantly getting kidnapped via secret tunnels in their lockers, and turned into mindless drones for Dragon King. High school is stressful enough without having to worry about opening your locker. Hard pass.

Notable Appearances: This school was the primary setting for Robin #74-100.

Notable Alumni: Tim Drake, also known as Robin, spent some time in this school after his father got tired of him constantly sneaking off.

Pros: If you’re rich enough, this school will let you bring your own butler. Tim got to take Alfred with him when he attended, which almost makes high school bearable. Almost.

Cons: It’s an all-boys school, so it lacks a feminine touch and the bathrooms smell like a garbage dump. 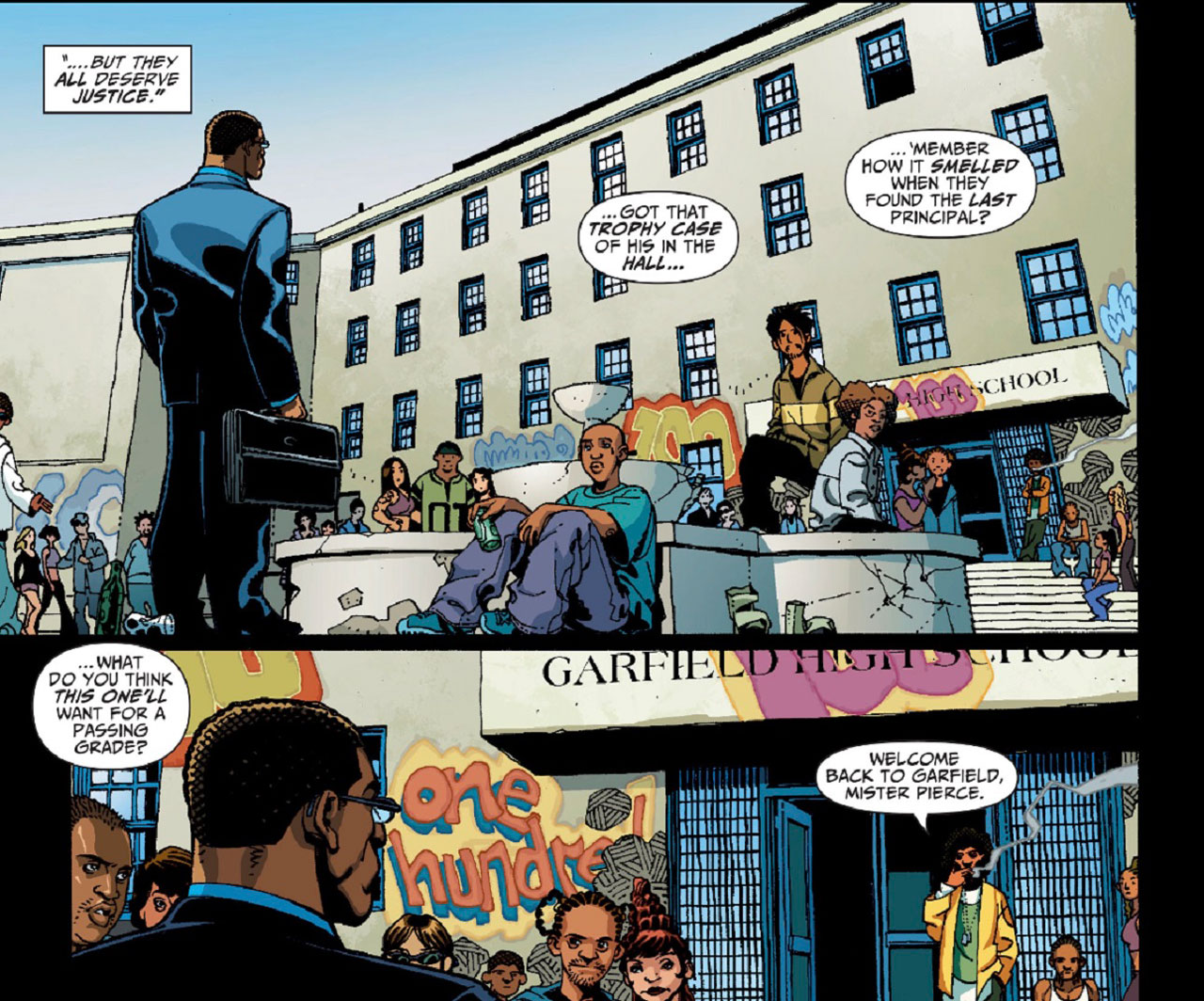 Notable Appearances: Garfield High was the primary setting for the 1977 Black Lightning series.

Notable Faculty: Jefferson Pierce, also known as Black Lightning, who served as Secretary of Education during the Lex Luthor presidency, was once a teacher at Garfield High. It’s pretty cool that a member of the Executive Branch was once a member of the faculty here.

Pros: The teachers sometimes play basketball with the students (1977’s Black Lightning #1) which is pretty fun. At least it beats math tests.

Cons: The school is located in Suicide Slum, one of the worst neighborhoods in Metropolis. It’s a dangerous place, and sometimes gang members will leave the corpse of a student in the middle of the gym. 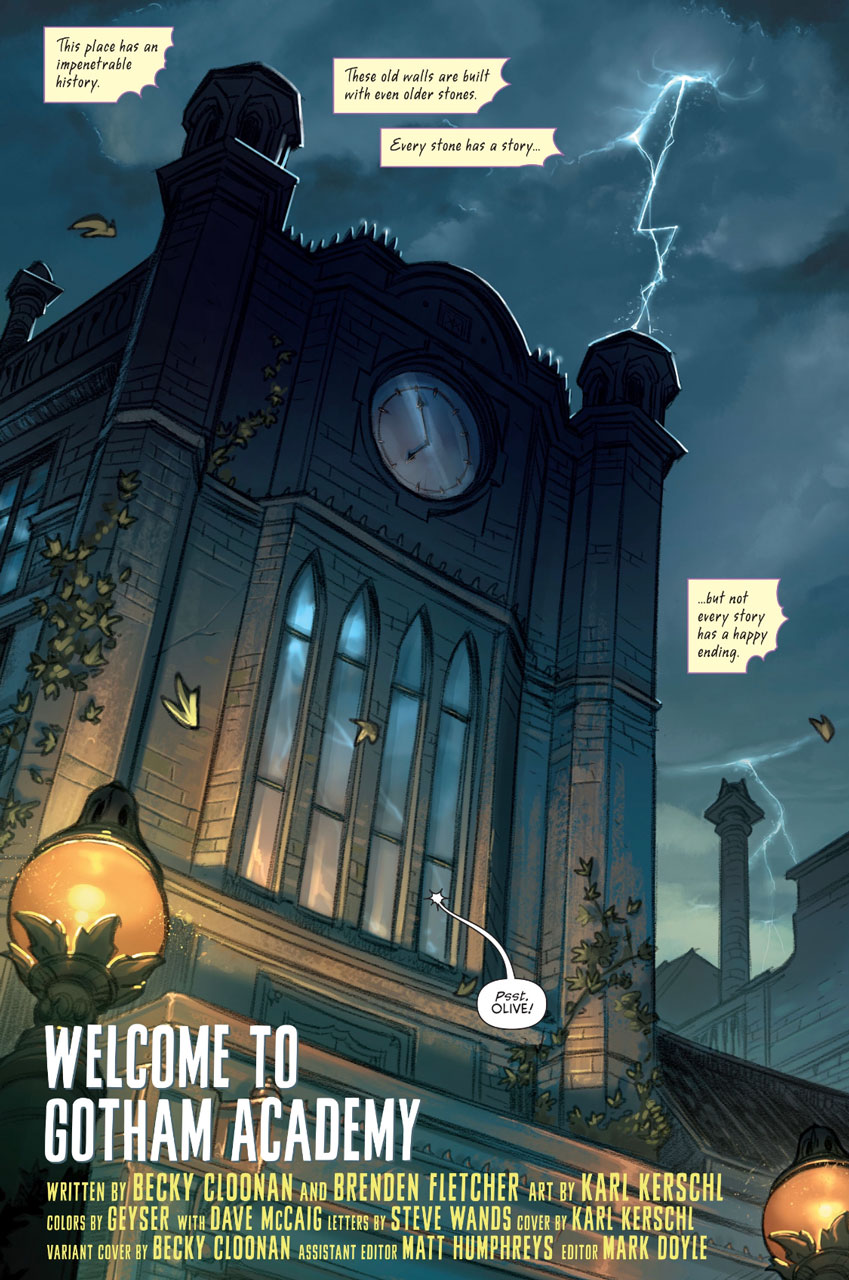 Notable Alumni: According to Gotham Academy #7, not only did Bruce Wayne attend the school, but he was also expelled from it. Not many schools can proudly state they kicked Batman out.

Pros: The school feels like a mansion, and there’s always a fun mystery for the students to solve. It’s like Hogwarts without the wizards.

Cons: Most of the faculty look like escaped Arkham patients. What’s that all about? There’s also rumors about Killer Croc hiding out somewhere here. That’s a big fat NOPE. We’d rather take our chances with the school bully! 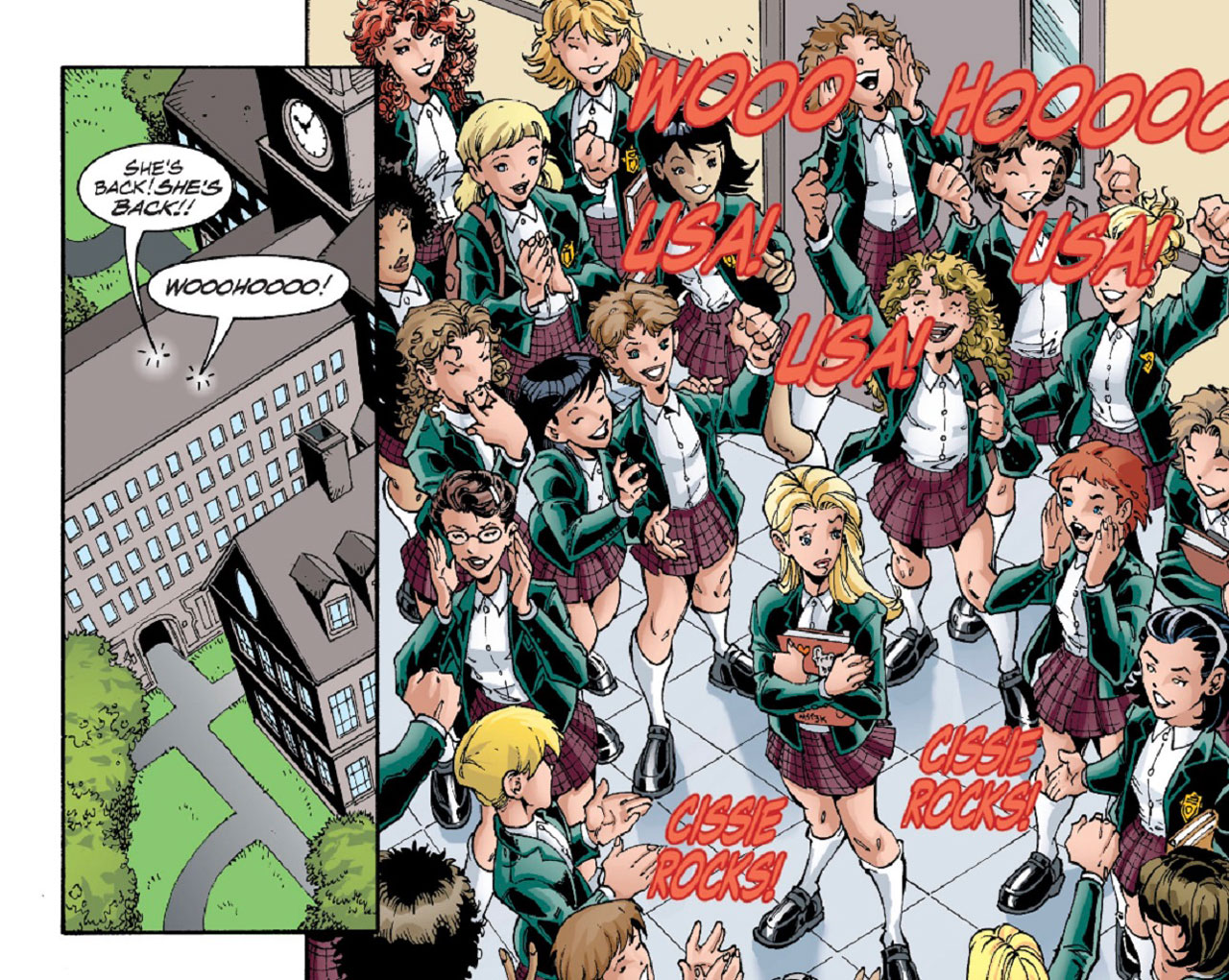 Notable Alumni: Gotham Academy may have had Batman, but this school has an actual Greek goddess! Cassandra Sandsmark, the heroine known as Wonder Girl, is currently enrolled. At one point the faculty tried to kick her out, because her superheroine identity was causing unwanted attention, but the principal was persuaded to let her stay – as long as she agreed to a “no flying on campus” policy.

Pros: This school has a strict “no boys allowed” policy, which means the hallways don’t smell like a dirty gym bag, and you can enter the bathrooms without a hazmat suit. 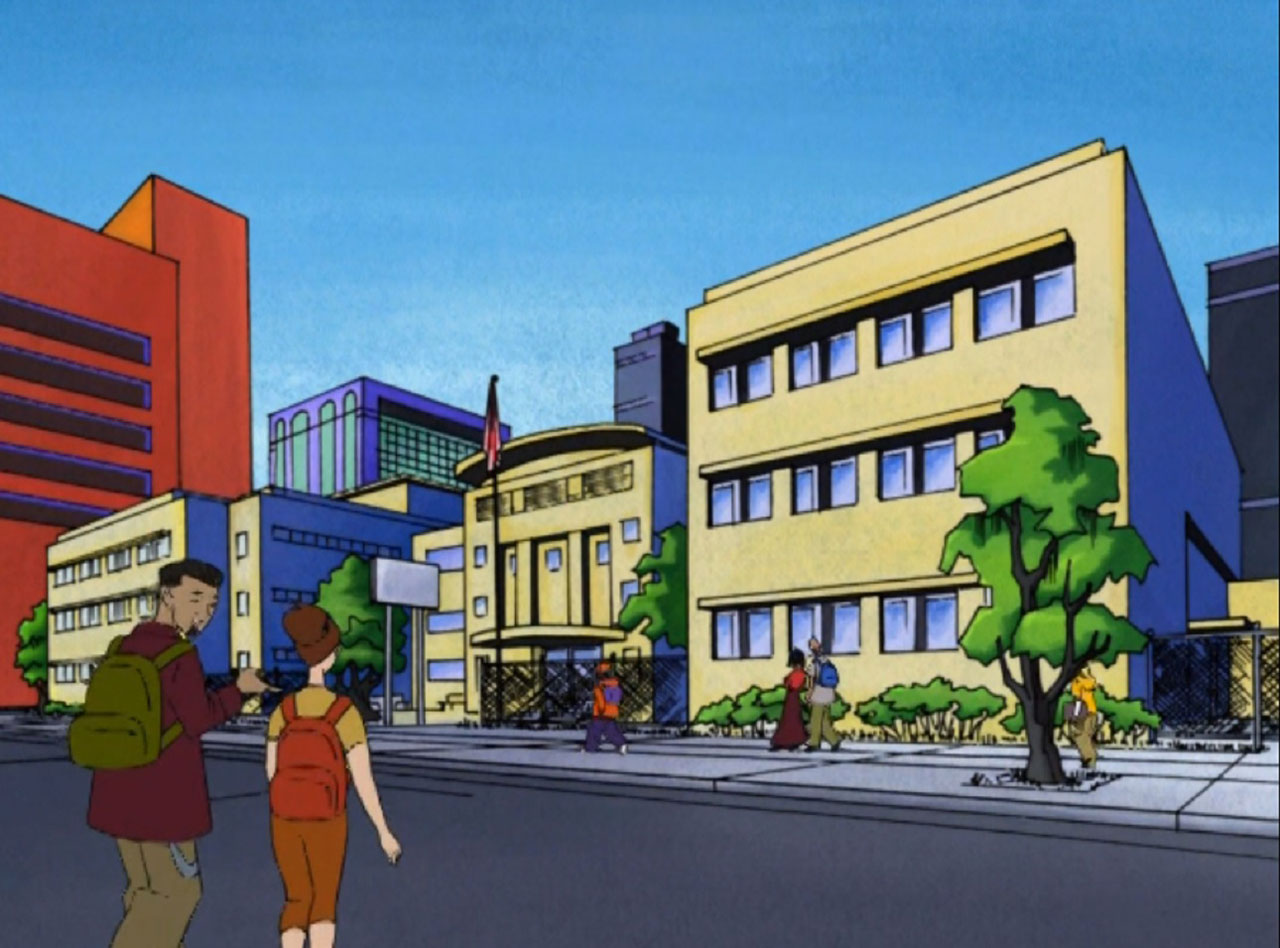 Cons: This school has a Bang Baby problem. Bang Babies are gang members who became mutated freaks, and they’ll ruin your school year faster than a bad report card.

Which DC Universe school will you be enrolling in this fall? Let us know in our Community!