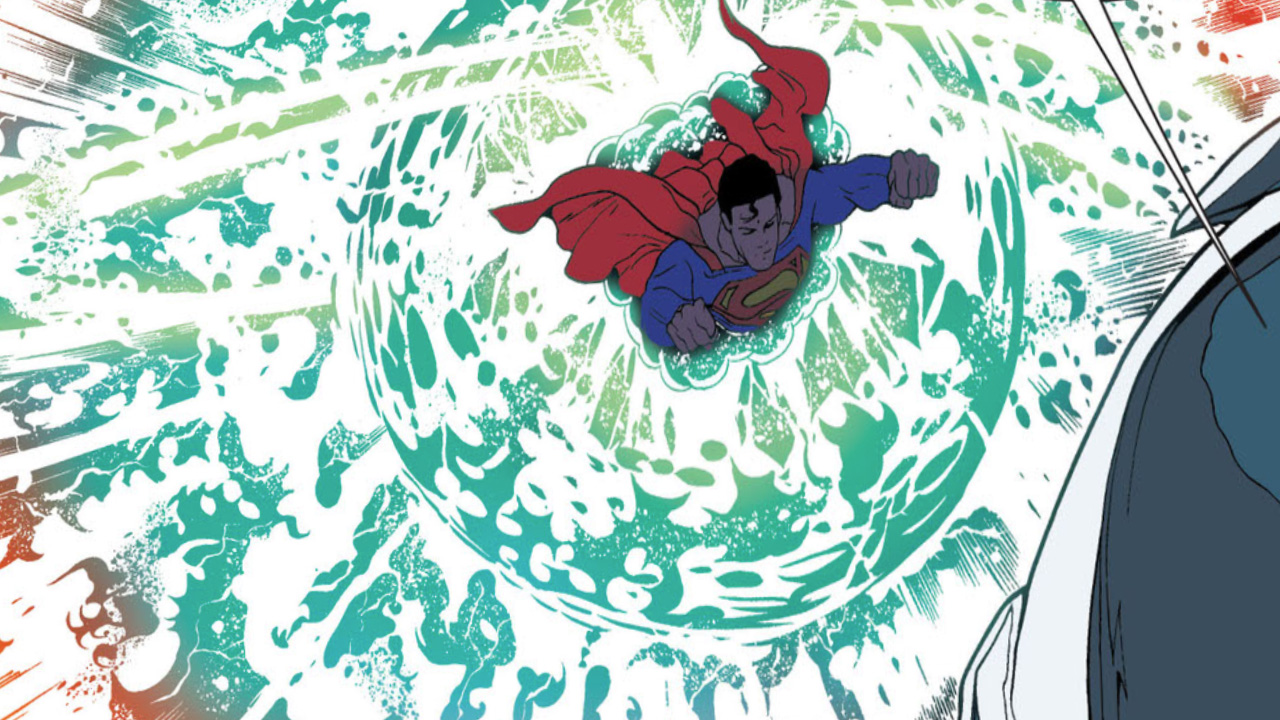 Save the Daylight: How to Deal with a Pesky Sun-Eater

Time to spring forward! This weekend marks the start of Daylight Savings Time, when most Americans embark upon a magical, time-bending process that allows us to preserve the sunlight as the days grow longer. But in the DC Universe, saving the daylight can be a much more involved process than even fiddling with the clock on your car stereo. That’s right: it’s time to talk about that most perilous of solar pests -- the Sun-Eater.

Created by the Controllers to destroy troublesome solar systems, the Sun-Eaters are great formless cosmic beasts who travel from system to system to do exactly what their name suggests. Now, you may be concerned about just what to do if one of these horrific, life-ending monstrosities comes to YOUR solar system. Don’t worry! DC Universe is here to share some helpful tips for this Daylight Savings Weekend, should you be faced with a Sun-Eater incursion. Just remember the four -ATEs! 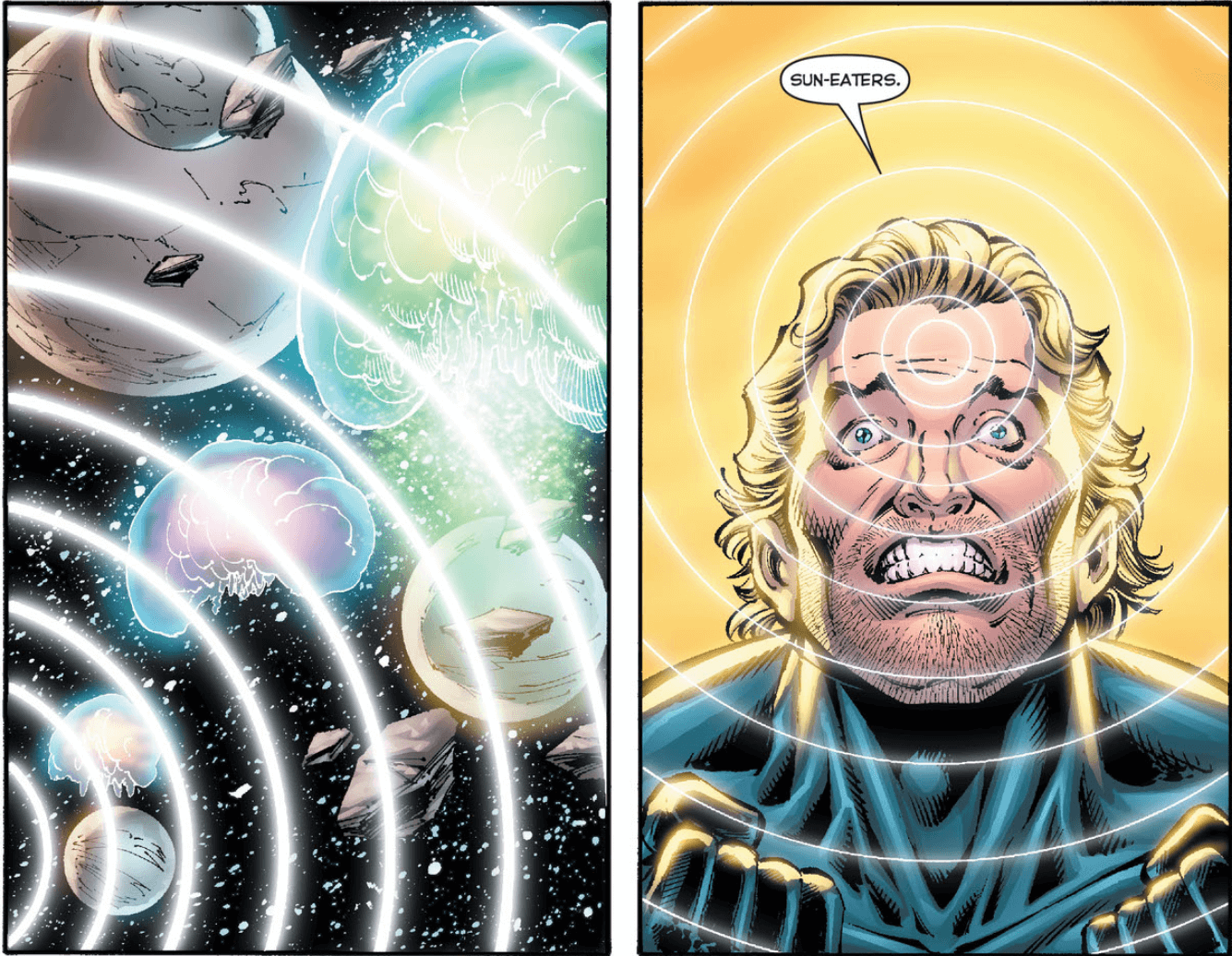 While traditional cosmology dictates that a Sun-Eater is little more than an intelligently designed superweapon, the latest findings in xenobiology support the theory that Sun-Eaters are living creatures in their own right. Sun-Eater negotiation is still a new field, but it may be attempted by your local Avatar of The Red -- for instance, in the case of the DC Universe’s Earth, Animal Man. True, heroes have tried and failed in the past to appeal to a Sun-Eater’s appetites in order to draw them away from a life-harboring solar system, but opening direct lines of communication may break new ground. 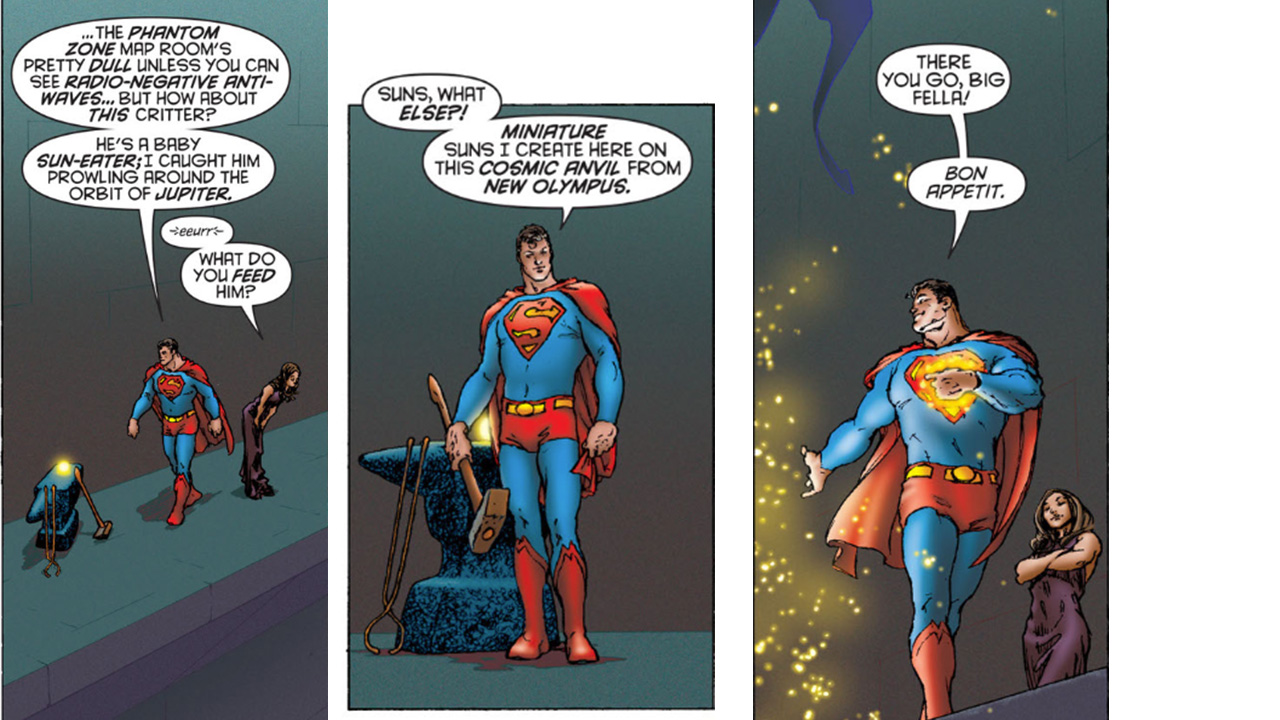 If you’re facing a less mature Sun-Eater, domestication is possible by particularly powerful metahumans. Superman is said to keep a baby Sun-Eater in the menagerie within his Fortress of Solitude, feeding it a steady diet of miniature suns forged upon a cosmic anvil -- and even training it to defeat Solaris, a tyrant sun from the distant future. The Guardians of the Universe, too, once kept a tamed red Sun-Eater in their employ in order to contain the solar-powered Superboy-Prime. However, it’s worth noting that this should only be attempted by beings of tremendous power, ideally equal or greater to that of a sun itself. Sun-Eaters are no joke. 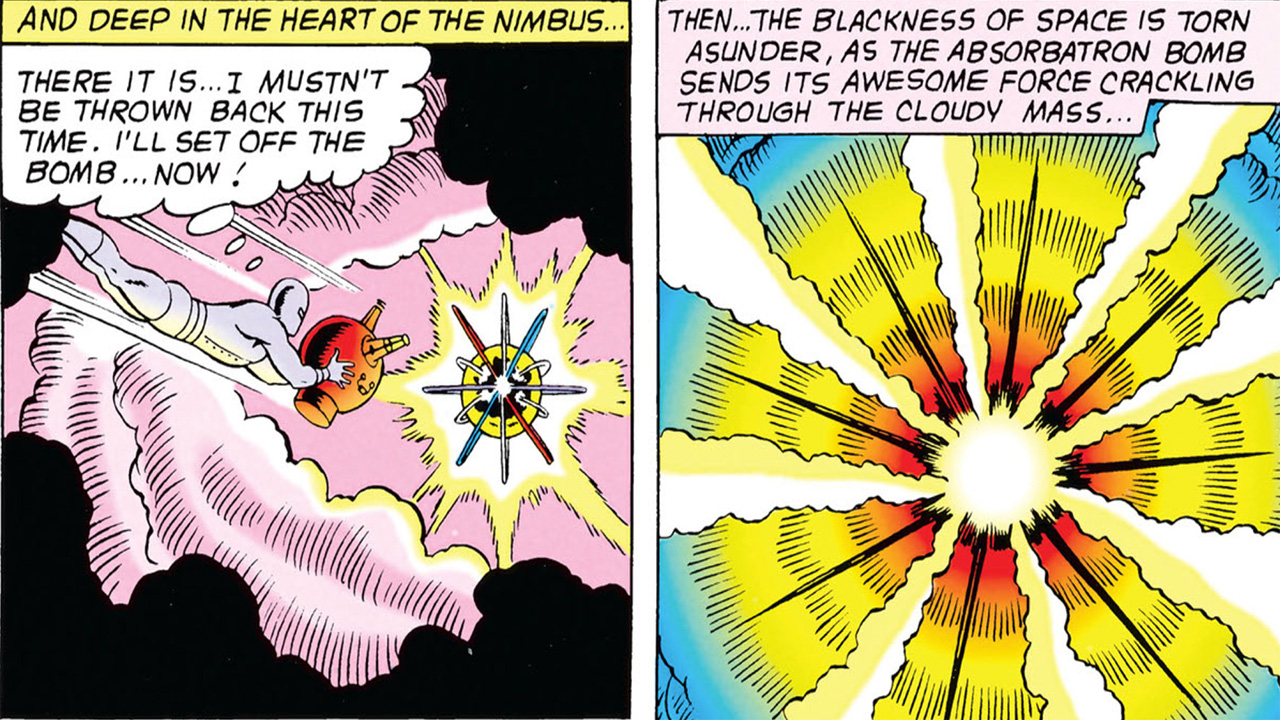 When diplomacy fails, it’s time to blow stuff up. The detonation of a powerful bomb at a Sun-Eater’s core is the most tried and true method of Sun-Eater disposal, though it rarely comes without sacrifice. In the 30th century, Legionnaires Wildfire and Ferro-Lad have both attempted this, at the cost of themselves. It’s worth noting that Superman was once able to do this without much of a hassle, but if you happen to have a friendly Kryptonian on hand that does tend to solve a lot of problems. 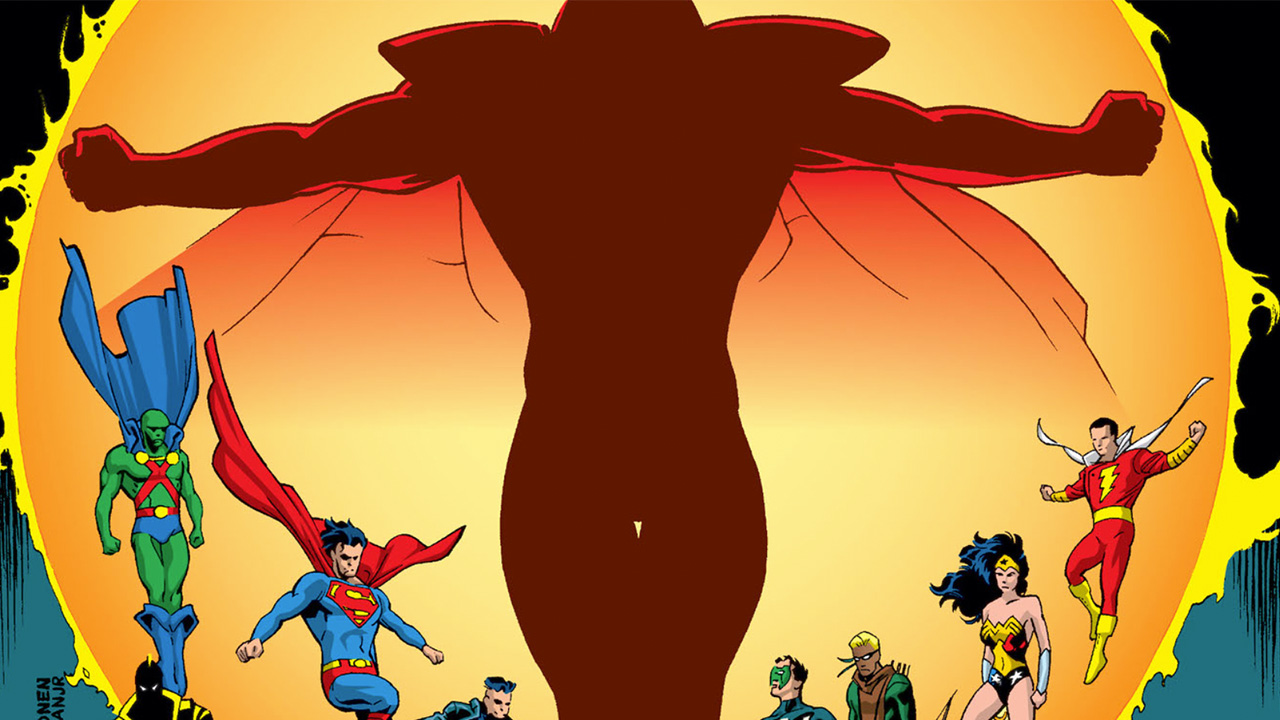 Well, here’s the ugly truth: more often than not, when a Sun-Eater comes to call, there’s nothing you can really do about it. Sometimes your safest course of action, believe it or not, is simply lay low, allow the Sun-Eater to do its business, and move on to a new source of energy while your planet freezes over. This is why, before that happens, it’s important to have a back-up plan. In the case of the DC Universe, it took the sacrifice of a fallen Hal Jordan to reignite the sun for the Earth’s solar system. If you don’t have a self-sacrificial Green Lantern handy, powerful energy-based heroes such as Damage make a fine substitute in a pinch.

Should your planet happen to be without Super Hero protection, your best course of action is to be prepared: prepared with the technology to preserve our sun in its hour of need, when the time comes for its extinction. And this Daylight Savings Time is the perfect occasion to begin planning for the worst. After all, even if we’re fortunate enough that a Sun-Eater never comes our way, this sun of ours is only gonna last us another 5 billion years.

How are you preparing for a potential Sun Eater attack this weekend? Share your tips in our Community!