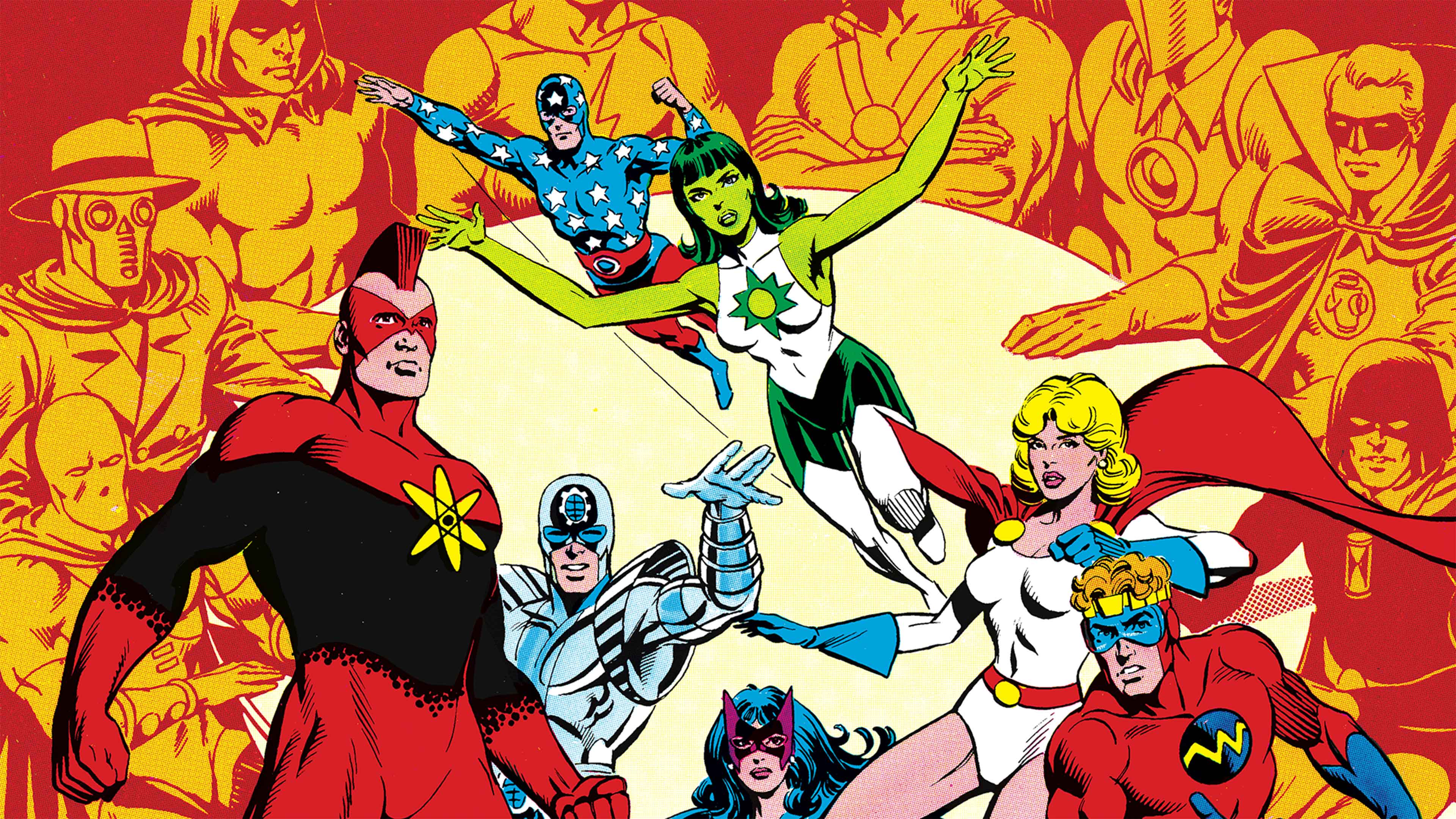 When it comes to elite DC creators, writer Roy Thomas is in a league all his own. Roy took the Justice Society to new heights with All-Star Squadron, created Infinity, Inc., reinvented Captain Marvel, and so much more. In many ways, Roy Thomas can be considered one of the DC Universe’s architects, having laid the foundation for characters and concepts that can still be seen today. In fact, many of his characters will be showing up in Stargirl, DC Universe’s latest original series. We recently had a chance to sit down with Roy, who shared his memories from his time at DC and finally answered the burning question – what’s the correct way to say Infinity, Inc.?

When you began writing for DC, you got to work on some of the legendary Justice League/Justice Society annual team-ups. Can you talk about that experience? 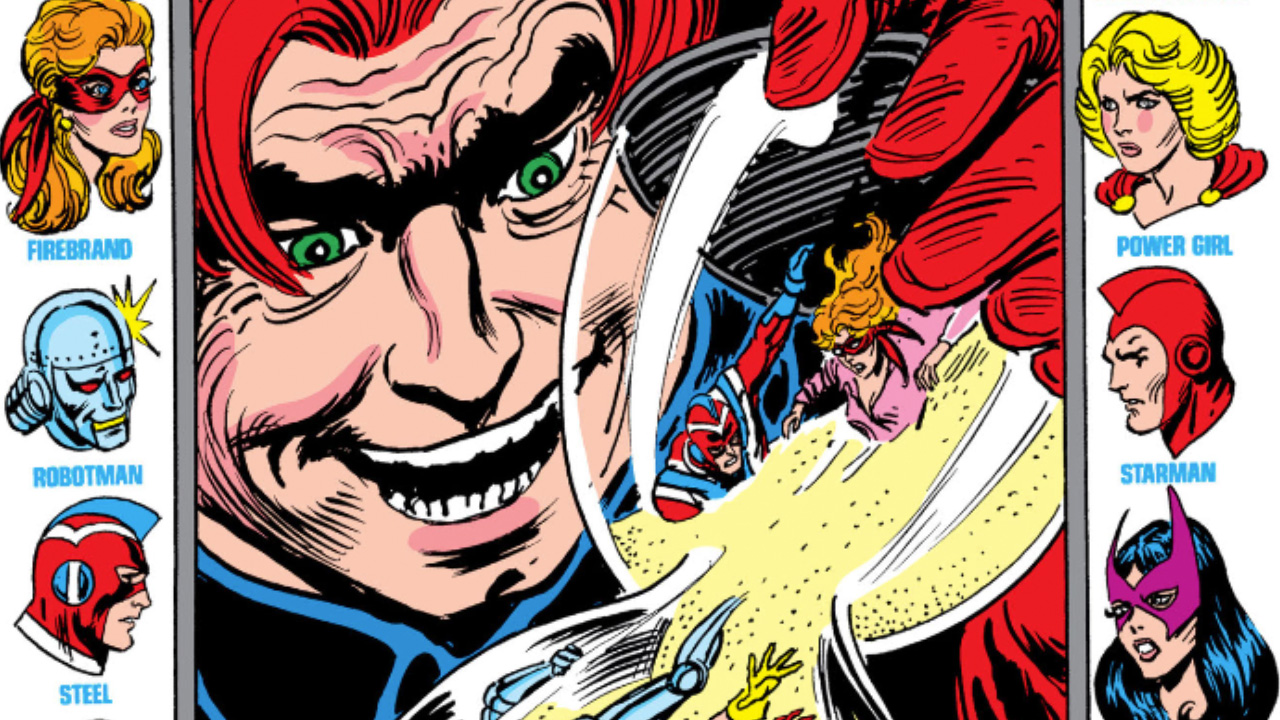 I did one or two near the end. Gerry Conway and I co-wrote the only 5-part one (Justice League of America #207-209 and All-Star Squadron #14-15), which was centered around 1942 with the Justice Society and All-Star Squadron, 1962 with the Cuban missile crisis, and 1982 when we were writing it by sheer coincidence. We asked what's in the middle between 1942 and 1982, and it was the Cuban Missile Crisis. That was a lot of fun to do. It was nice to be part of that tradition. It was getting a little old by that time, by that time they'd had almost two decades of it. So it wasn't quite the thrill as it had once been for the audience, but I enjoyed tremendously doing it because I liked the Justice League, and I love the Justice Society. So it was wonderful to be able to do those characters.

You stuck around for a long time. That’s a rarity nowadays. 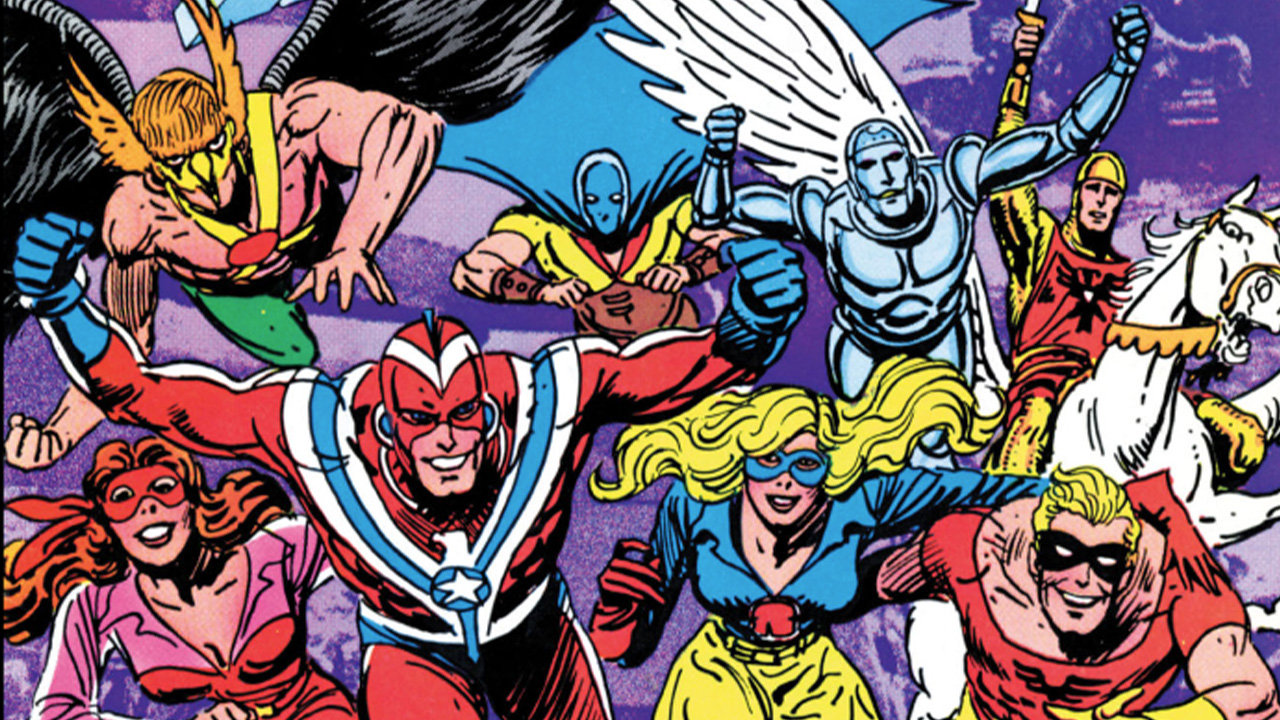 My idea was if you get the character and you like it, you stick around and you keep doing it. Sometimes I left because I was needed or I wanted to be somewhere else, or maybe I didn't want to do the book that much in the first place. The comic I mostly enjoyed writing all the time, that I would be happy to go on writing forever, was the All-Star Squadron book. If it hadn't been for that damn Crisis on Infinite Earths, which was well done by Marv [Wolfman] and George [Perez], we'd be up to issues 300 or 400 by now. We might have even gotten to 1943! [Laughs.] I could go on doing that book forever. 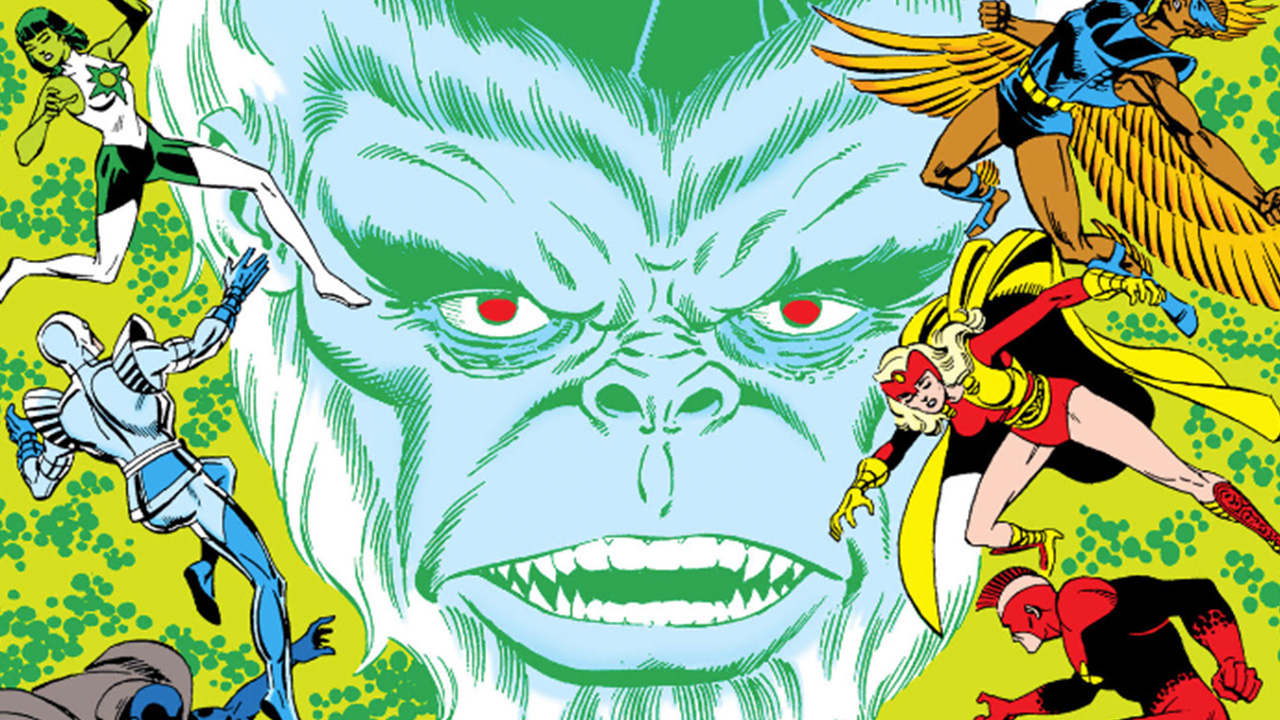 I pronounce it Infinity I-N-C, but you know, it was both. That was my wife's idea when we were desperate for a name, but my wife Dann and I made up that concept together. Then we brought in Jerry Ordway and his friend Mike Machlan, and they added to it and the four of us really kind of co-created it together. The name we gave it originally was the Centurions, but then at the same time there was going to be some TV series with that name or something so we couldn't use that. I didn't really ever like the name Infinity, Inc., but I liked the idea that they're trying to make a business out of it. It was like the young professionals, the yuppies type of thing. Then I thought it wasn't a bad name. I enjoyed doing that, the idea of the sons and daughters of the Justice Society. I didn't realize until years later that very idea was similar to an idea from Julius Schwarz, before Justice League was created.

During that period you co-created Jade, who has gone to greatness. 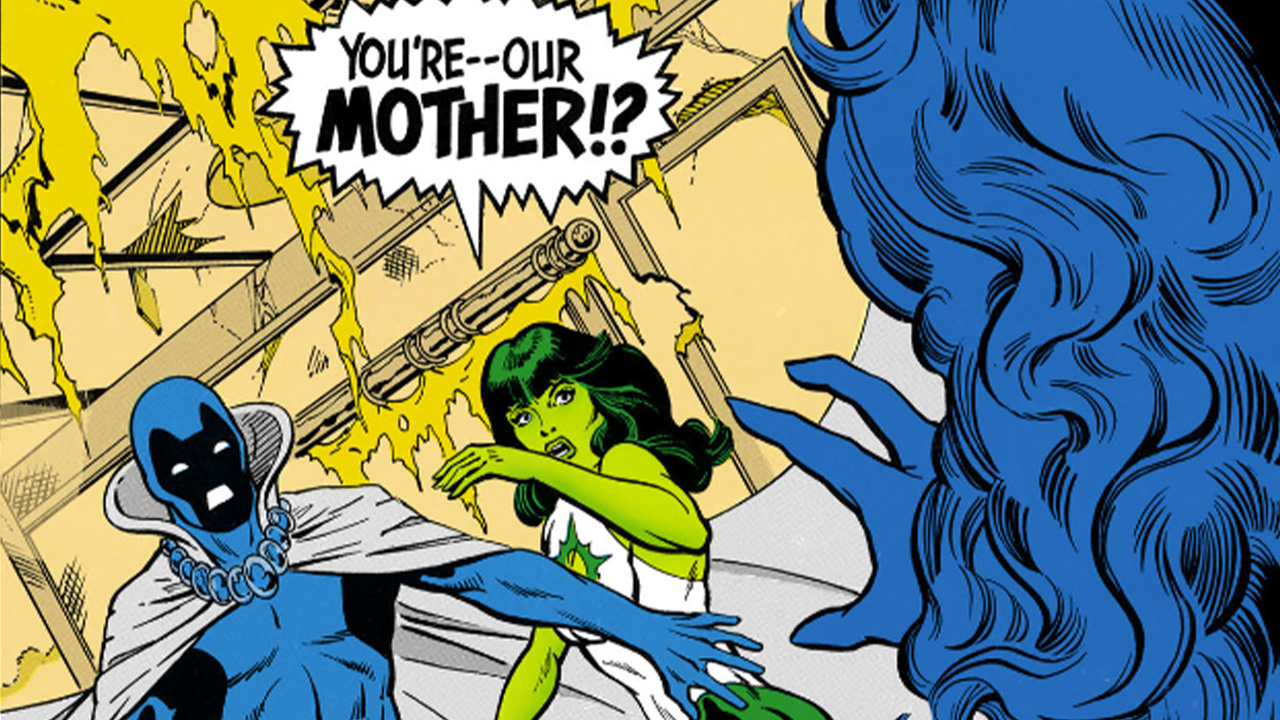 I do co-own Jade, and I did get paid when Obsidian was used on Legends of Tomorrow. They've used Deathbolt, who was a character I made up in Young All-Stars. They've given me the Wildcat credit and she's going to be in Stargirl. I think Jade is just a character who's just dying to become something. I mean, you've got a good-looking green girl. What more can you want? I didn't mind when they suddenly changed her from being the imitation Green Lantern to being like her mother Thorn with plant things, that made sense. Dann and I must have made up Jade when we weren't sure about Obsidian in some early stage. We were out at Statue of Liberty Island and kind of bored. What could you do? You couldn't climb it anymore, so we looked up at it and after 15 minutes we were stuck waiting for the boat to come back. I was going to pitch a time travel book. And by the time we got done talking about it, I think we made up the idea of Fury and a couple of characters and the general concept. By the time we came back from that trip I had ditched that idea, and I pitched DC the idea that became the Centurions, which became Infinity, Inc., and they went for that.

After Crisis you wrote a one-shot called “The Last Days of the Justice Society” which temporarily closed the book on the group. At the time, did you suspect they would return? 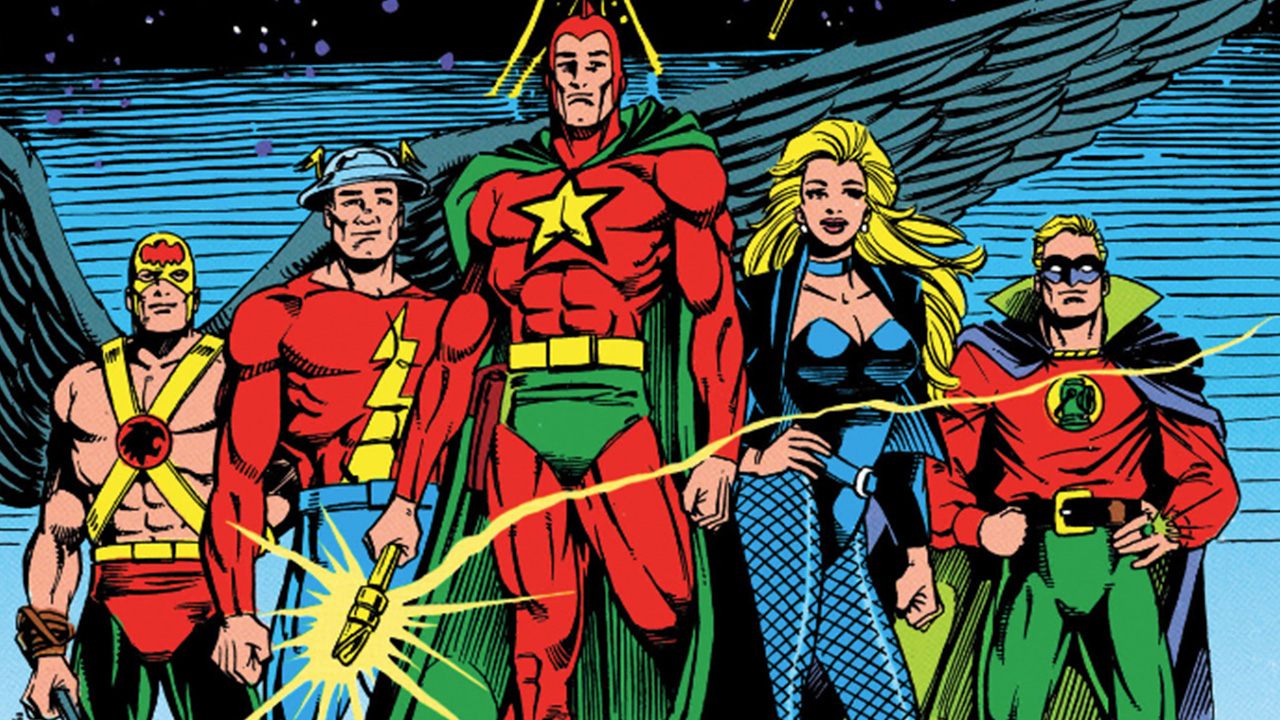 After Crisis, you retold Captain Marvel’s origin (in Shazam! The New Beginning #1-4), incorporating him into the main DC Universe. Here, you made a big change to Captain Marvel. Previously, Billy and Captain Marvel had been separate personalities…. 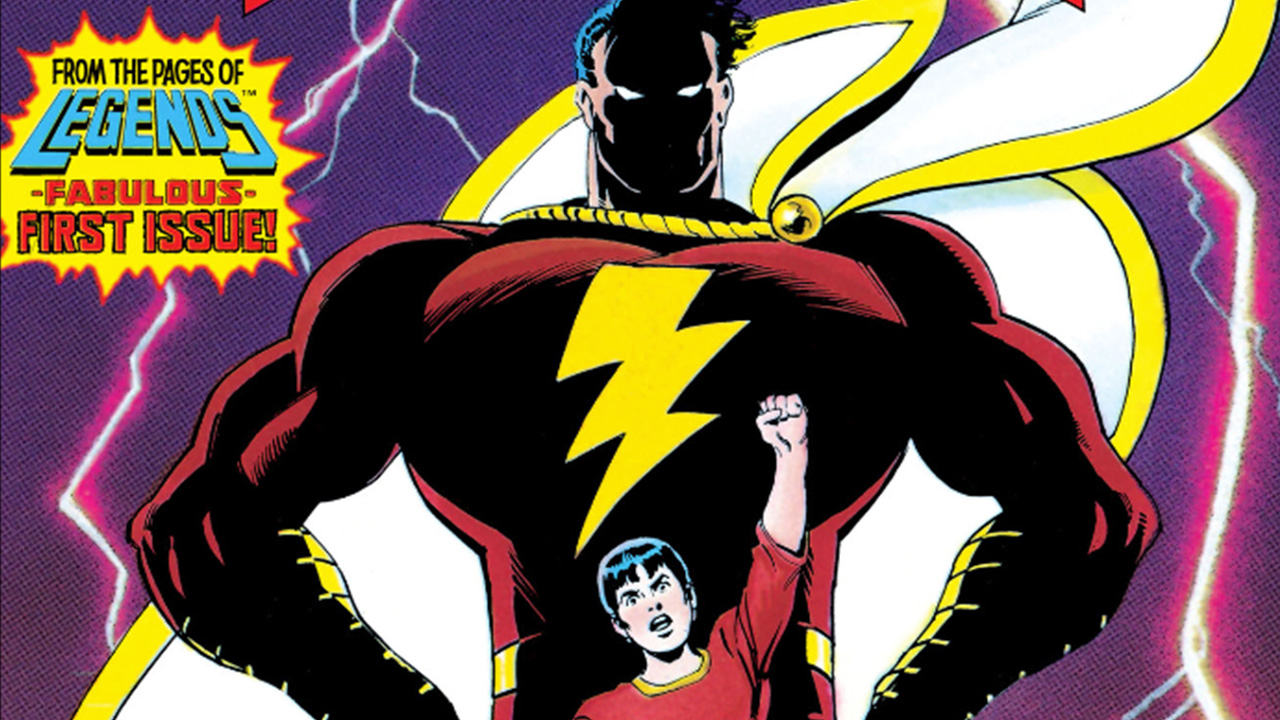 Right! And with your take on the character he was a kid trapped in the body of an adult superhero. Kind of like the movie “Big.” They used that take in the 2019 SHAZAM! movie. 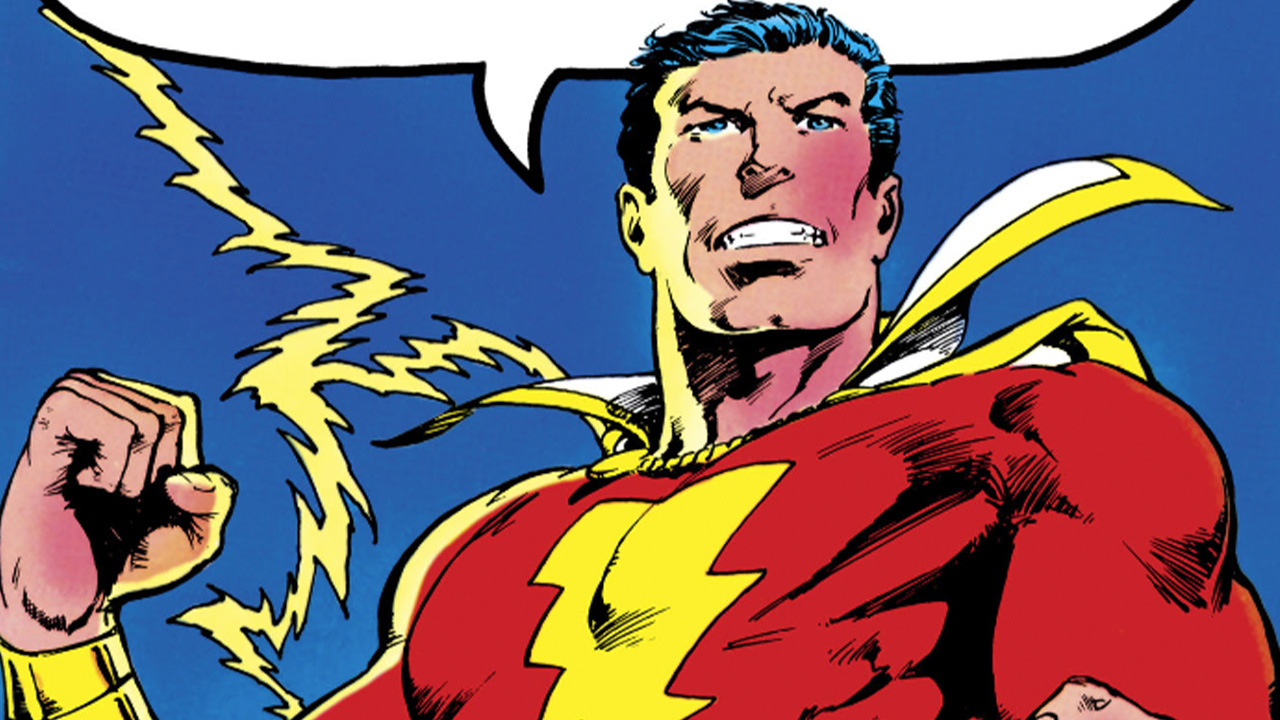 That was done first in a Secret Origins issue.  DC wanted something kind of different done with it. So I just figured, "Well, you know, I'm going to do that." Underneath that was sort of the appeal, you know, of the whole thing -- the idea of the kid who suddenly had the adult body and could do all these wonderful things -- but they didn't carry it through to certain logical conclusions. I just took it in a more modern way, instead of keeping that old fiction going. I had to pull out the idea of the wisdom of Solomon -- he's just suddenly a guy with a lot of superpowers and a big body. I didn't need the movie Big to inspire me to do something like that, things like that had been done before. Then once that was done, when they wanted to revamp him in the New Beginning limited series, I carried through that same idea there. Except at the same time they wanted Captain Marvel to be a little darker. So you'll notice that there's a lot of darkness and shadows and grimness in there. The other thing that I did which has since been done by other people...I think it was the first time that Black Adam was ever worked into the origin of Shazam as opposed to coming along later. In the old days, he had only been in one Golden Age story.

What is Roy Thomas’s greatest contribution to DC mythology? Give your thoughts in our Community!