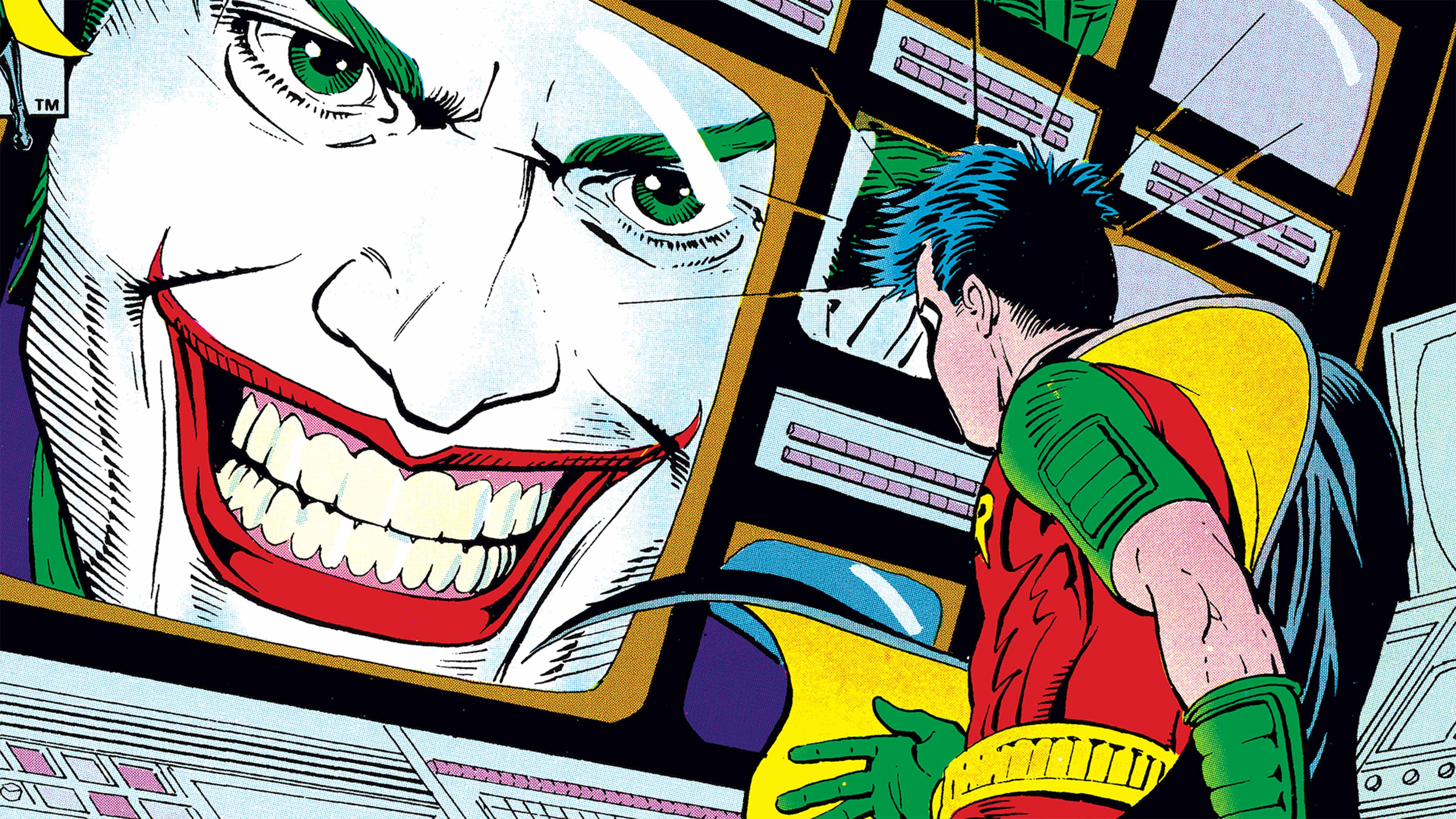 Roll The Dice with These DCU Role-Playing Game Stories

The penultimate episode of DC Universe All-Star Games, our revival play session of the classic Mayfair DC Heroes roleplaying game from the 1980s, just dropped today. But as we wait for next week's final episode, you should know that the intersection between the DC Universe and the world of role-play doesn’t end here. Just as DC has informed a legion of original tabletop campaigns, the medium of role-playing games has had a profound impact on the lives of many of the DC Universe’s most notable residents. It’s not too surprising when you think about it -- after all, comics and role-playing games alike are powerful conduits for channeling the imagination. And, like, they’re both mainly for massive nerds. No judgment though, we’re all here for that. Get ready for the exciting conclusion of the All-Star Games season by reading about what happens when DC meets RPG.

From the second Tim Drake hit the ground running as Batman’s Robin, he was absolutely determined to distinguish himself as the nerdiest bird in the nest. Point of proof: when one of Tim’s very first solo missions while Batman’s away pits him against The Joker, Robin the Third makes up for his lack of experience in the field by turning to… role-playing games. By implementing oblique strategies devised alongside his dorky role-playing friends, Tim manages to stay one step ahead of The Joker long enough to avoid the fate of his predecessor. Stranger Things, eat your heart out. 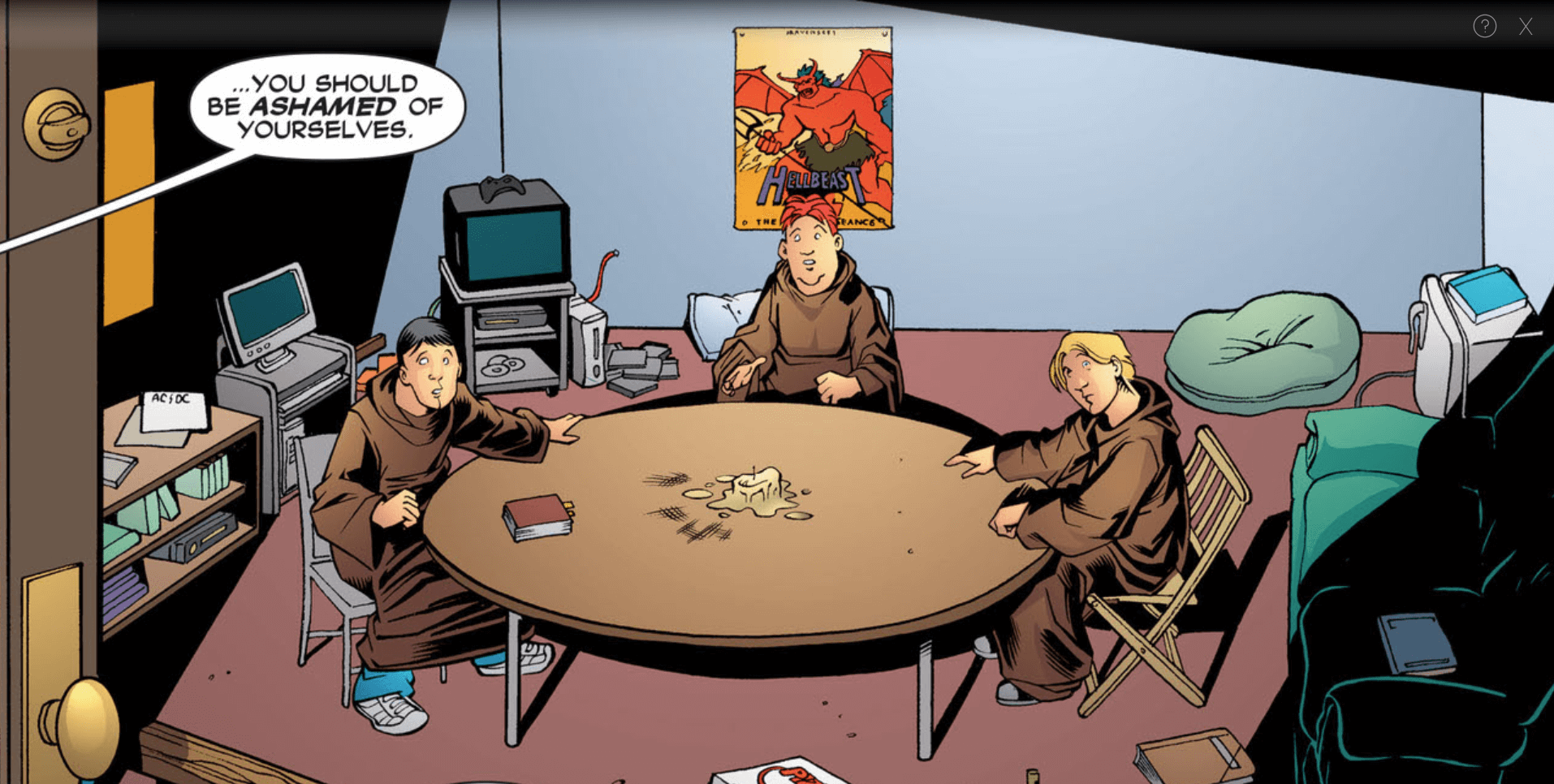 It’s impossible to talk about the cultural impact of role-playing games without addressing the “Satanic Panic,” a widespread media phenomenon in the 1970s which literally demonized the medium as a means of recruiting young players into Satanism. Comic book fans should be all too familiar with this, with their medium of choice having been accused of the same in the mid-’50s. Fortunately, the this once popular paranoia is no longer taken very seriously, but the connection between devil-worshipping and dice-rolling will always be part of our cultural history -- one which is invoked in this oneshot Blue Beetle story, where a bunch of RPG fans accidentally summon a bunch of demons. Luckily, Jaime Reyes and his magic slinging girlfriend Traci Thirteen are on the case. 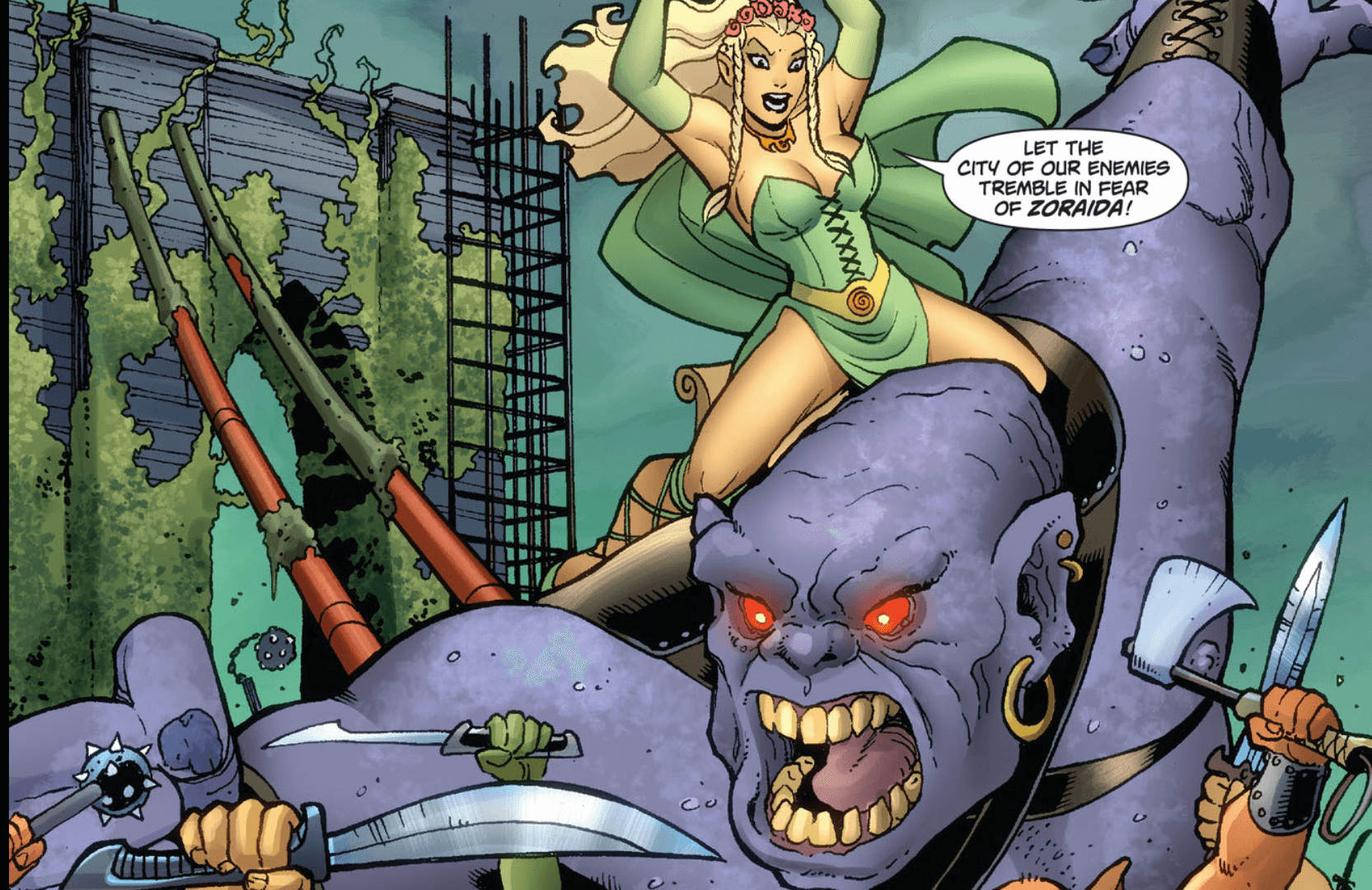 Apart from its alleged connections to the occult, another fanciful accusation lobbed at role-playing aficionados is their inability over time to distinguish between the fantasy world they play in and the reality they must participate in once everyone dice, sheets, and sourcebooks are packed away. There is a little bit of truth to this, to be sure, as power dynamics between players and game masters can carry into normal lives if the participants are not careful to set clear boundaries. But one extreme case is that of “Zoraidia the Elf Queen,” a fantasy role-playing fanatic who becomes her own radical environmentalist character when she gets her hands on an actual spellbook. But thanks to the intervention of Power Girl, “Zoraidia” -real name “Diane”- is given the opportunity to direct her passions towards more productive ends. 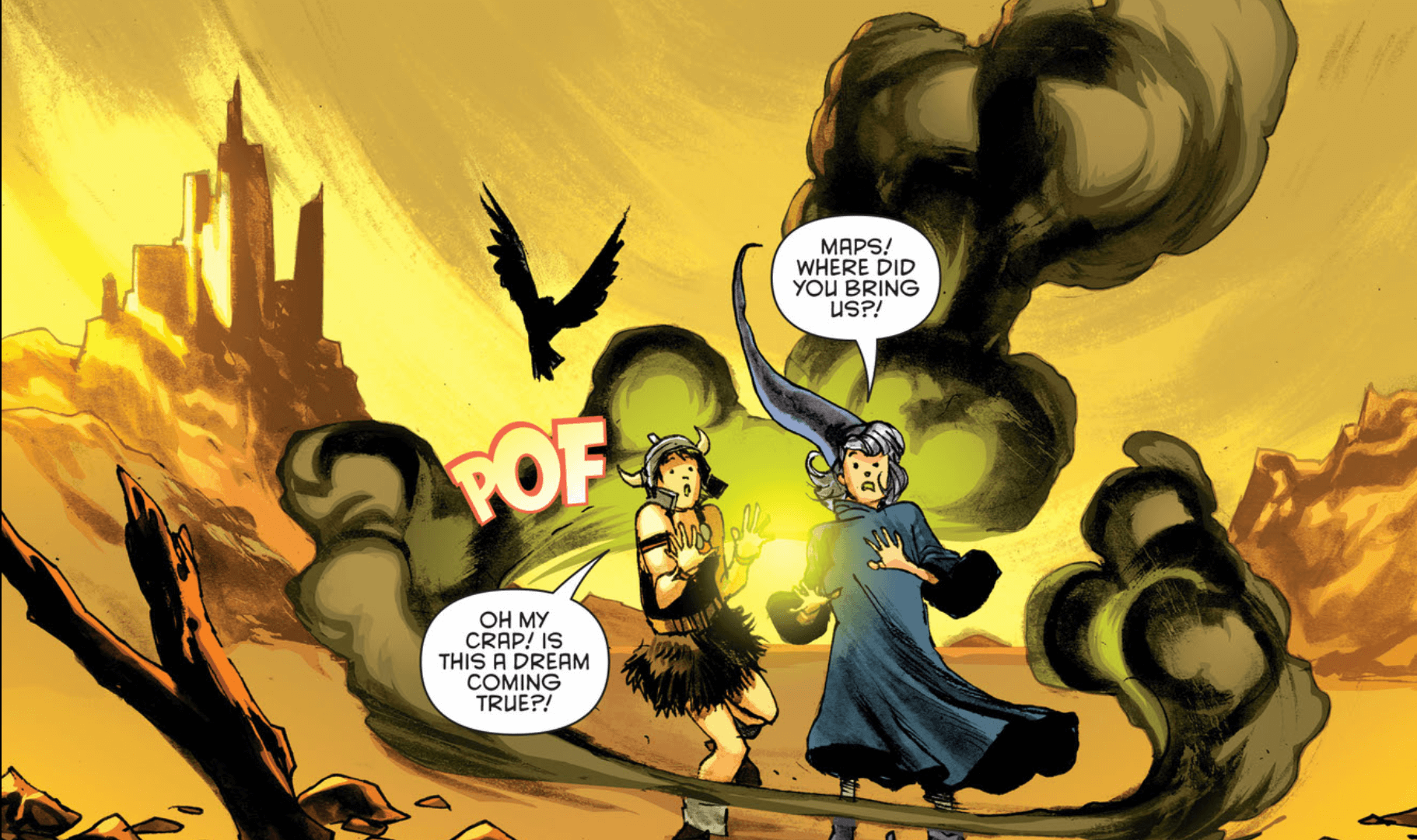 When participating in any role-playing game, it helps to have a strong sense of spatial awareness. As the game master crafts a detailed world and the party imagines their ever-changing positions inside of it, having someone on hand to keep track of where everyone and everything is can truly elevate a game. In the DC Universe All-Star Games, we have professionally designed sets and character tokens to help the action feel real. But in Gotham Academy, you’ve got “Maps” Mizoguchi -- Gotham’s greatest amateur cartographer, putting her obsessive skills to work for everyone’s shared entertainment. But unlike a well-drawn map, there are certain elements that might make a game like “Serpents and Secrets” feel all too real. Say, for instance, a vial of Scarecrow’s fear toxin. We’re not the cops or anything, but we strongly advise you to carefully consider what kind of state-of-mind you want to be in when the dice start rolling. 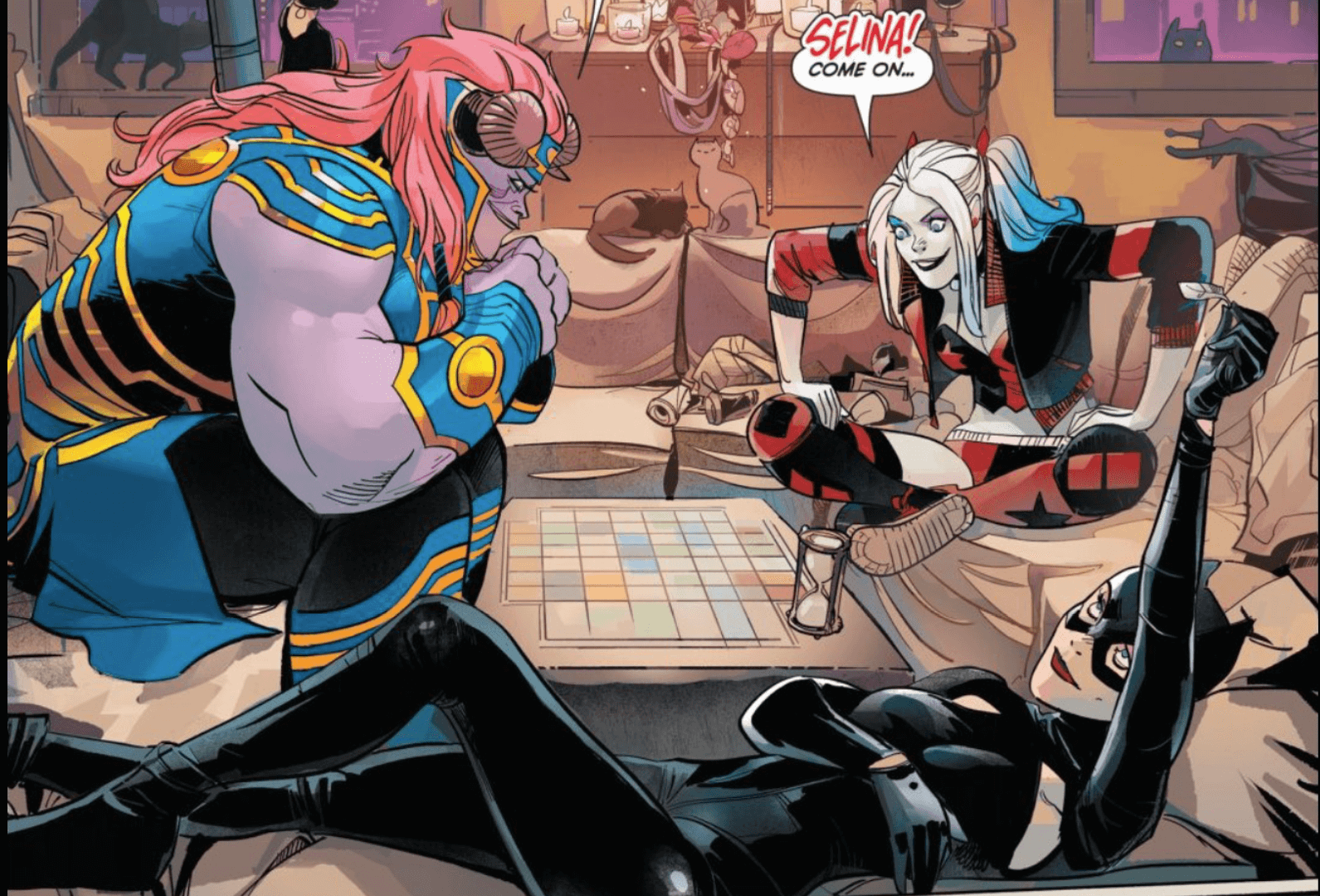 The roleplaying adventures don’t have to end there! In just a couple short months, keep your eye on Sam Humphries’ Harley Quinn series as Harley, Catwoman, and former Female Fury Petite Tina all go on a high fantasy role-playing campaign of “Knights and Knavery” starting in issue #61. Until then, you’ll just have to practice patience. To the player, role-playing games may seem like a lot of fly-by-night improv, but planning a session always takes a lot of unseen work. Make sure to thank your local Dungeon Master for their service. (Thanks, Jack.)

Is Batman a Paladin? Would Superman be a Barbarian? Discuss the intersection of RPGs and the DCU in our Community!