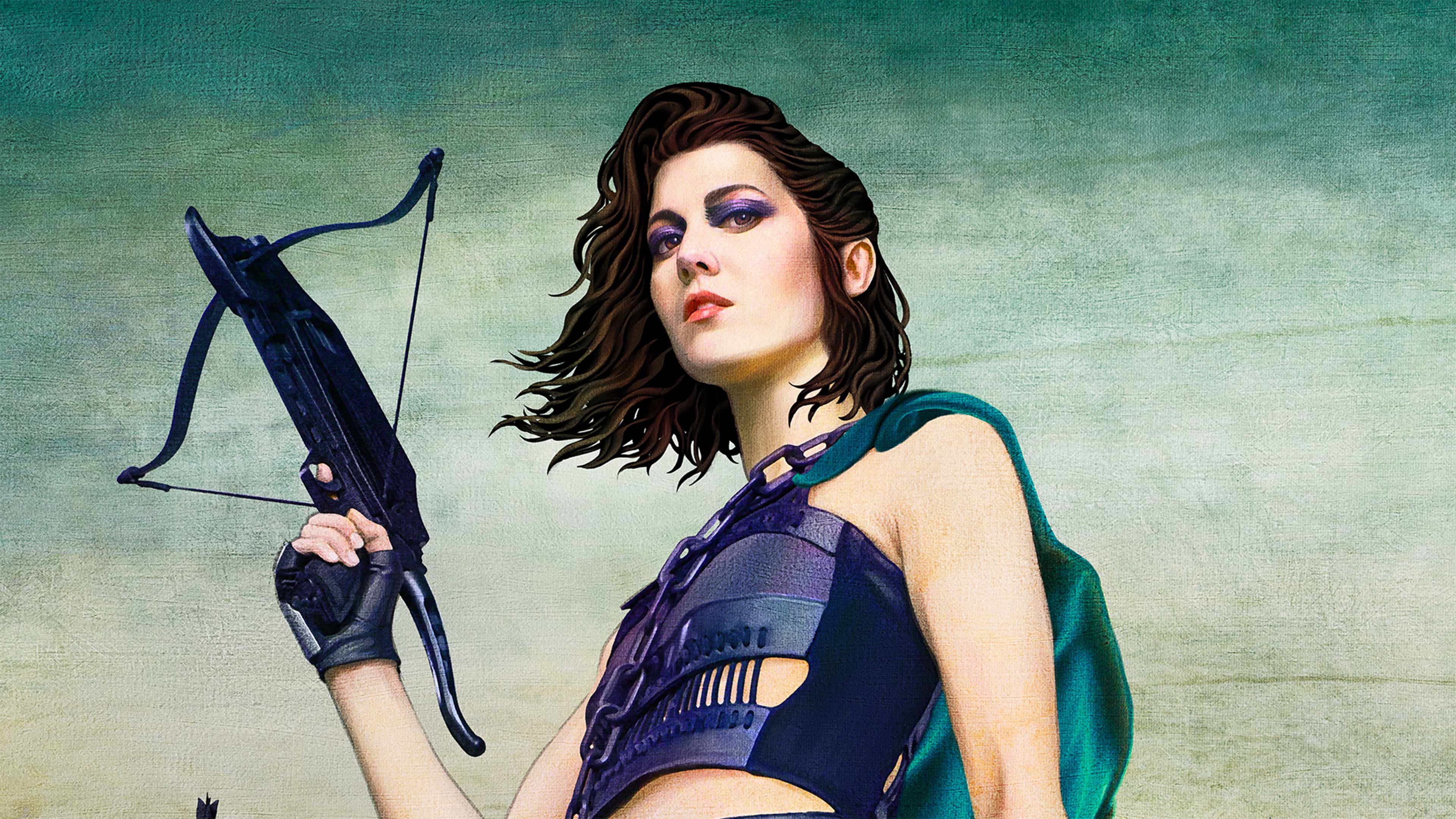 Road to BIRDS OF PREY: Huntress

Birds of Prey is getting ready to soar into theaters, and bird-watching will never be the same! The film will feature some of the mightiest ladies of the DC Universe, including the Huntress! Beware of her crossbow, especially if you’re on the wrong side of the law. To help get you ready for the movie, check out our dossier on the Huntress… 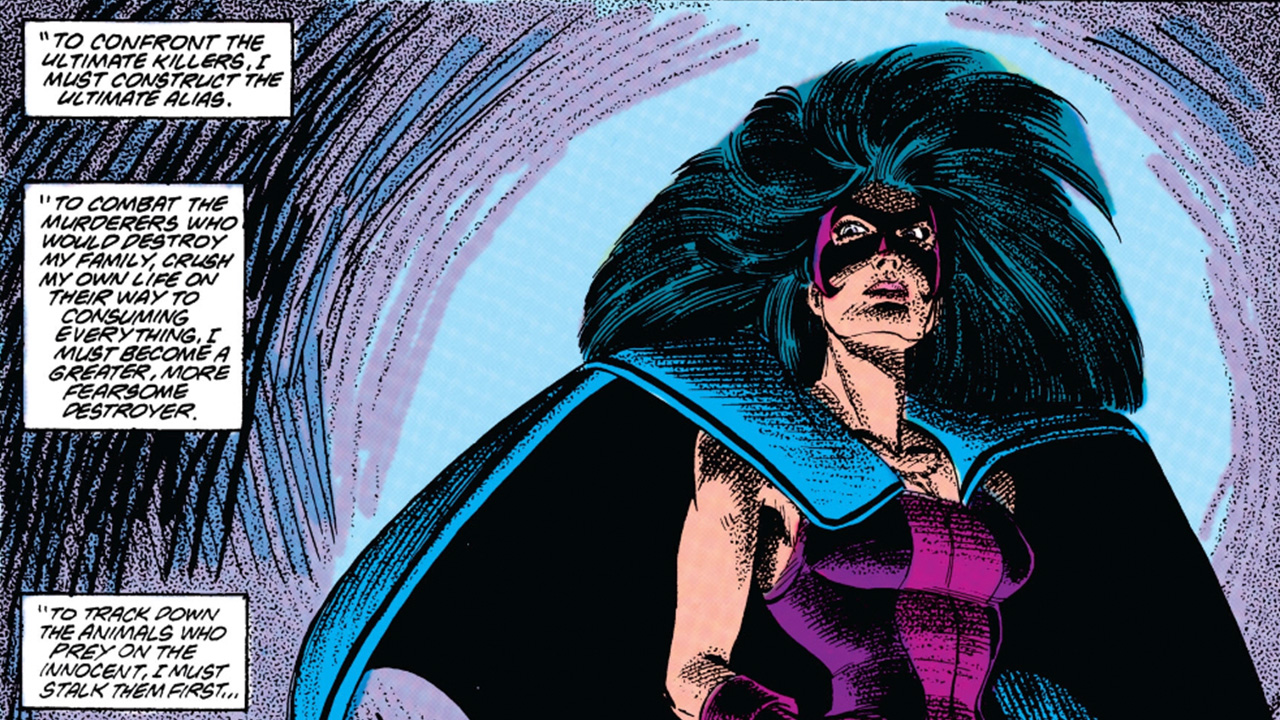 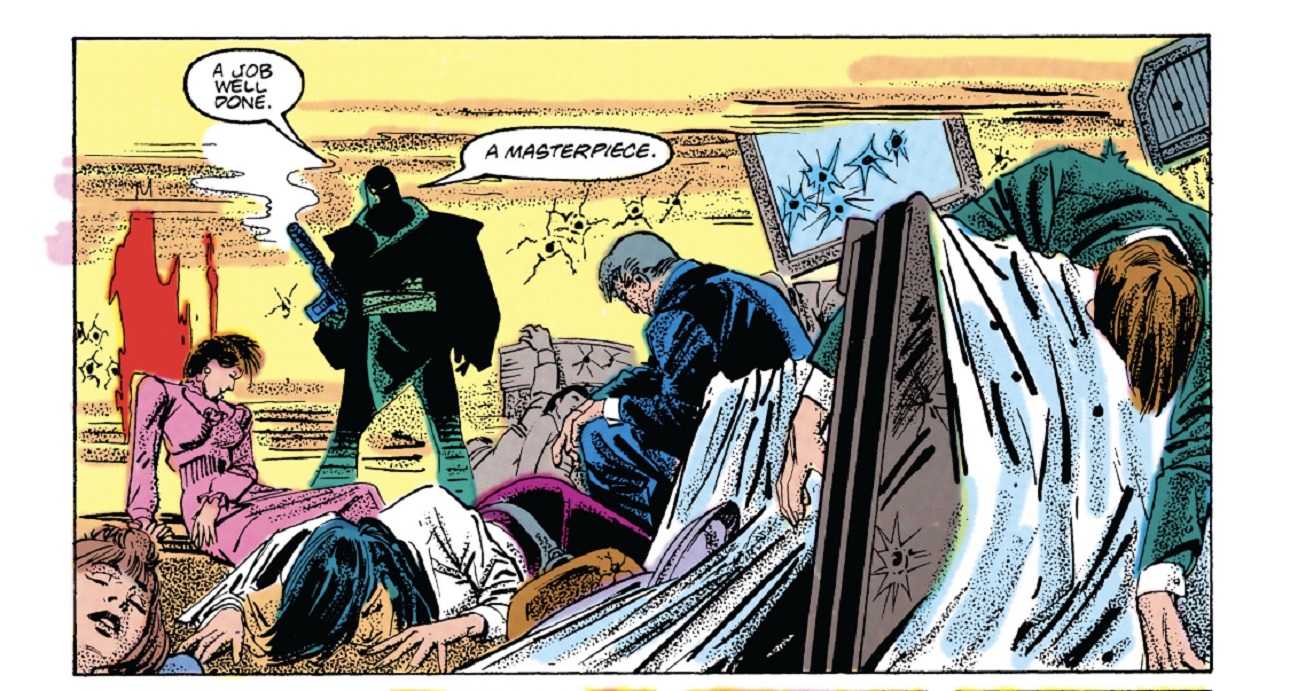 Family: They’re all dead. The Bertinelli’s were a big mafia family, and became the target of a massive criminal hit. Helena was the only survivor. 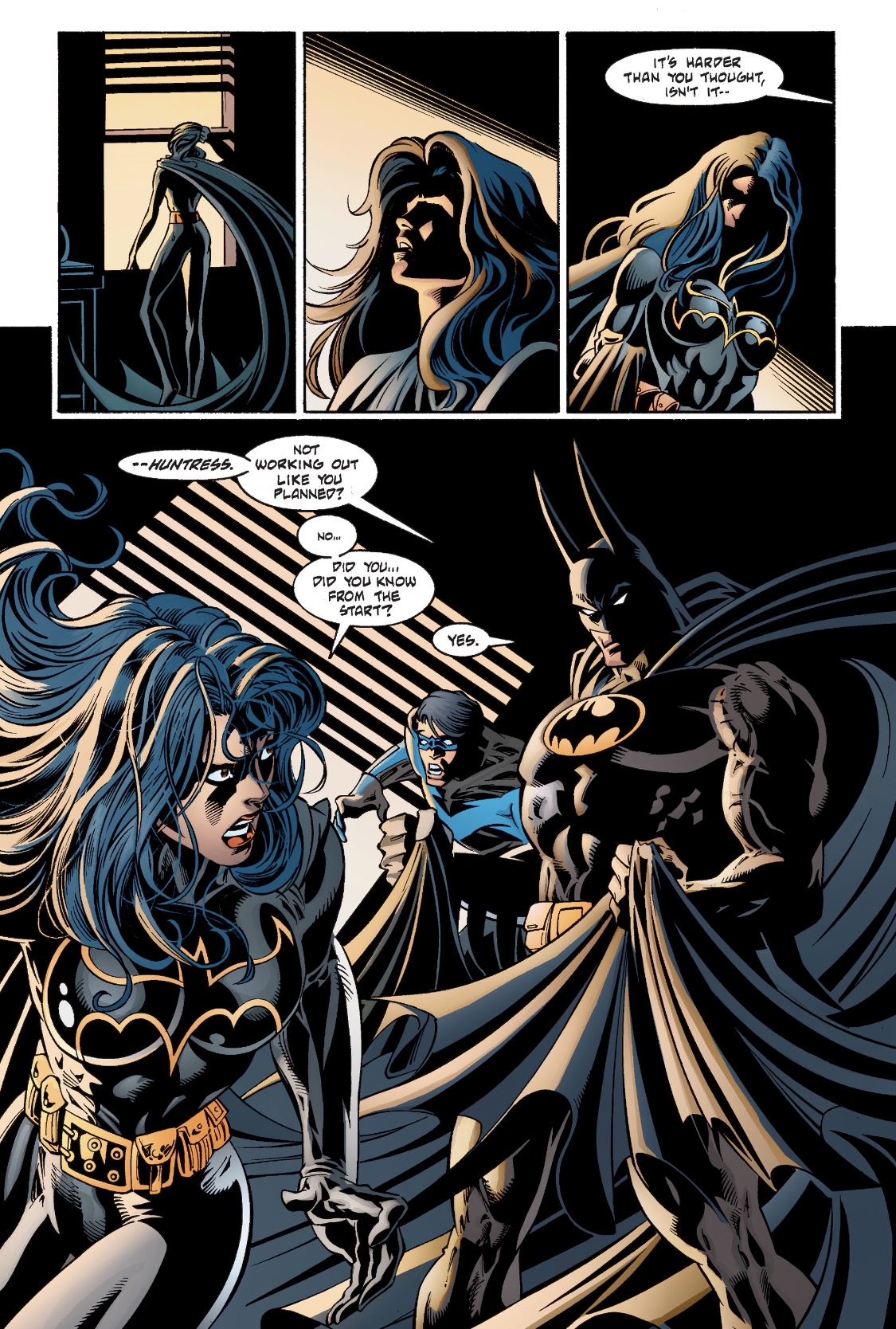 Costumed Identities: Helena became the Huntress to avenge the death of her family. She had a brief tenure as Batgirl (starting in Batman: Shadow of the Bat #83) during the No Man’s Land crisis, until the Dark Knight shamed her into stepping down (In Batman: Legends of the Dark Knight #120). After the reality altering events of Flashpoint, Helena was reimaged as an agent of Spyral called Matron (in 2014’s Nightwing #30), until she resumed her Huntress identity in Batgirl and the Birds of Prey. 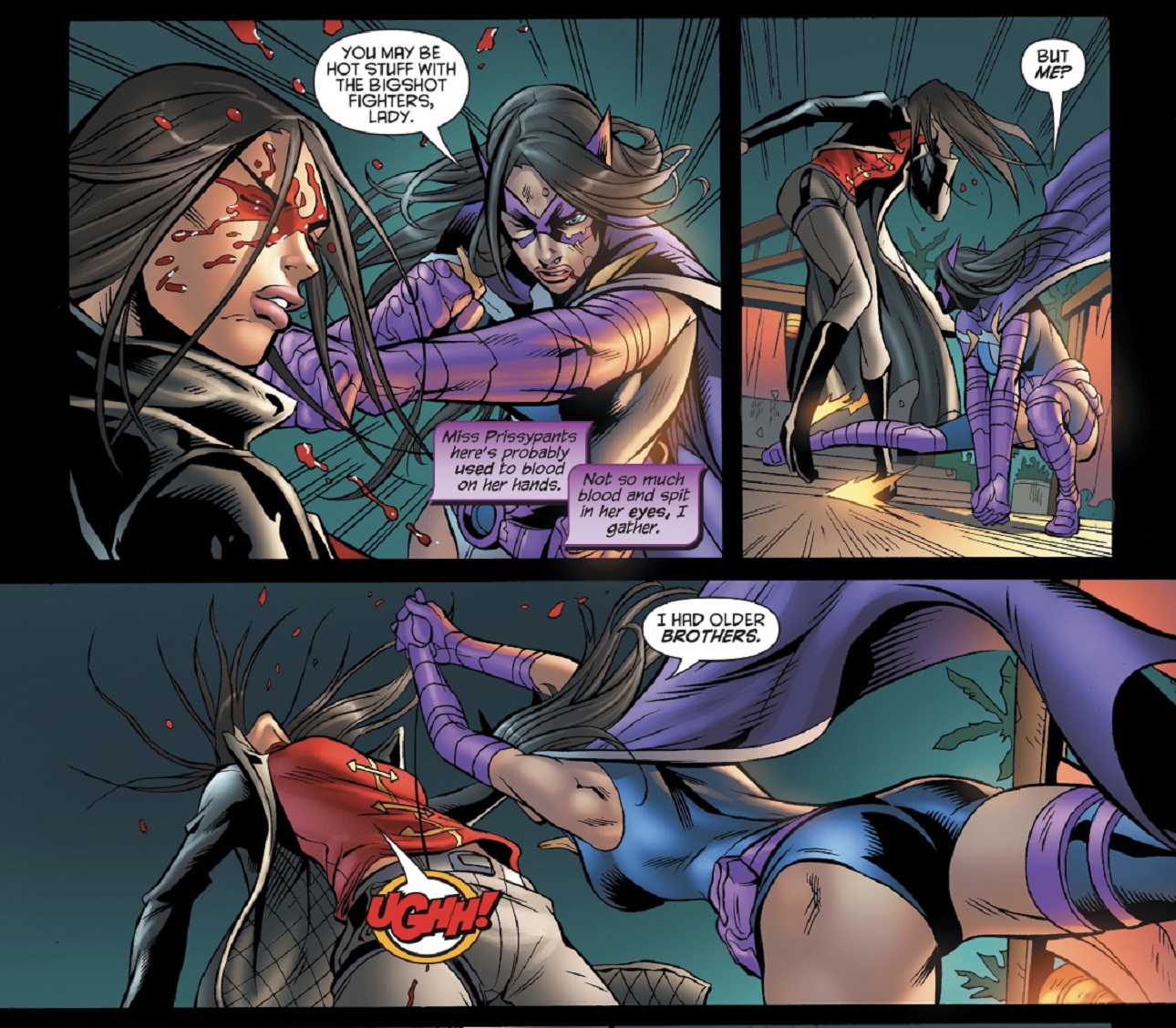 Powers: Huntress has no powers, but that doesn’t mean she’s an easy target. She’s trained in various forms of martial arts, and was once able to fight off an army of Joker’s men by herself (Batman #574). In 2010’s Birds of Prey #6 she held her own in a fight against Lady Shiva, which is no easy task! Her signature weapon is her crossbow, which she’s used to pierce the skin of many Gotham criminals. 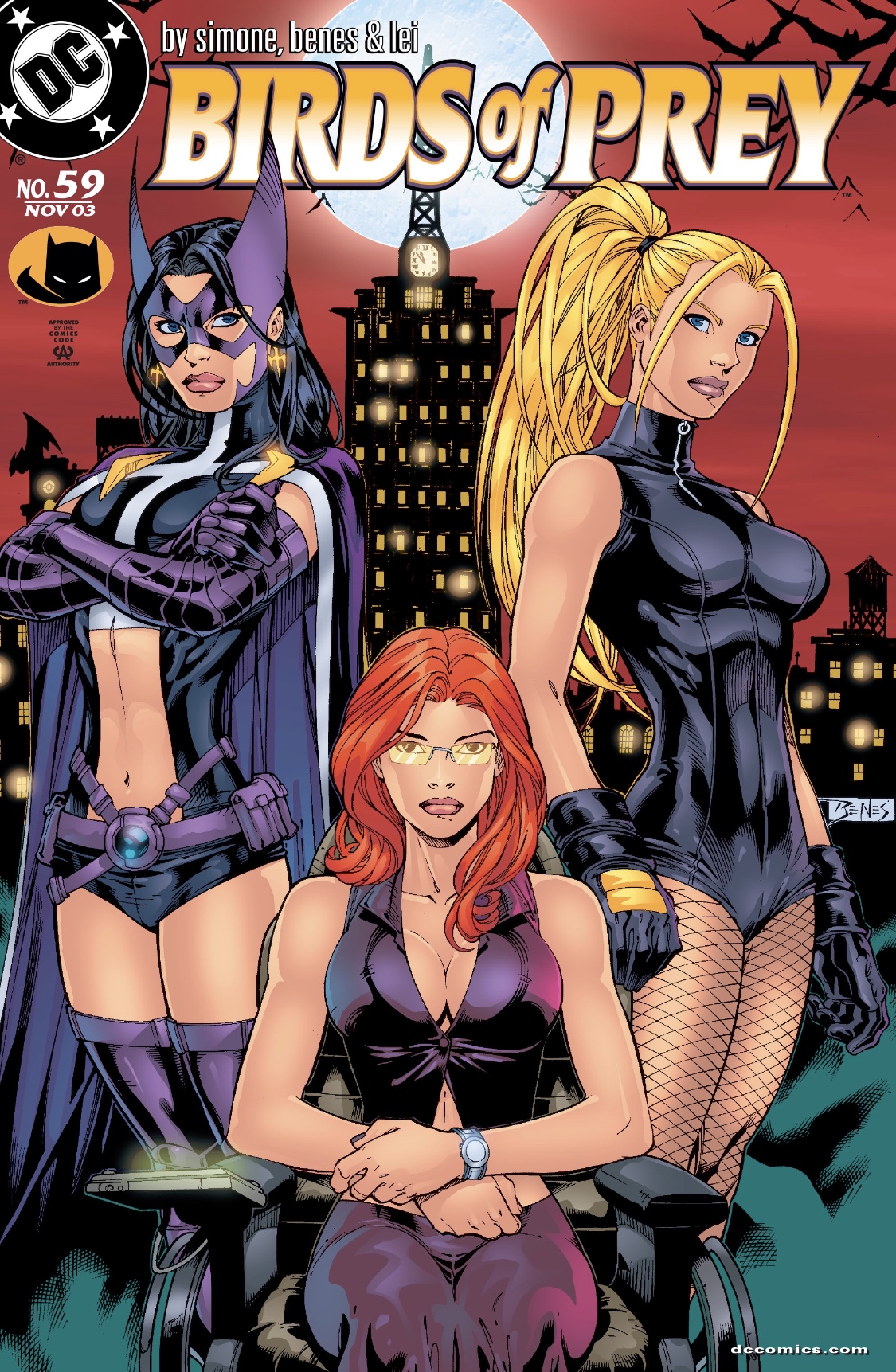 Teams: Huntress joined the Justice League in 1998’s JLA #16, but her violent tendencies caused the Dark Knight to expel her from the group in 2000’s JLA #39. Helena has had brief memberships in other teams from time to time, like the Outsiders, but she’s been most at home working alongside Black Canary and Oracle. After assisting the duo in 2003’s Birds of Prey #57, Huntress was invited to become a regular part of their group. 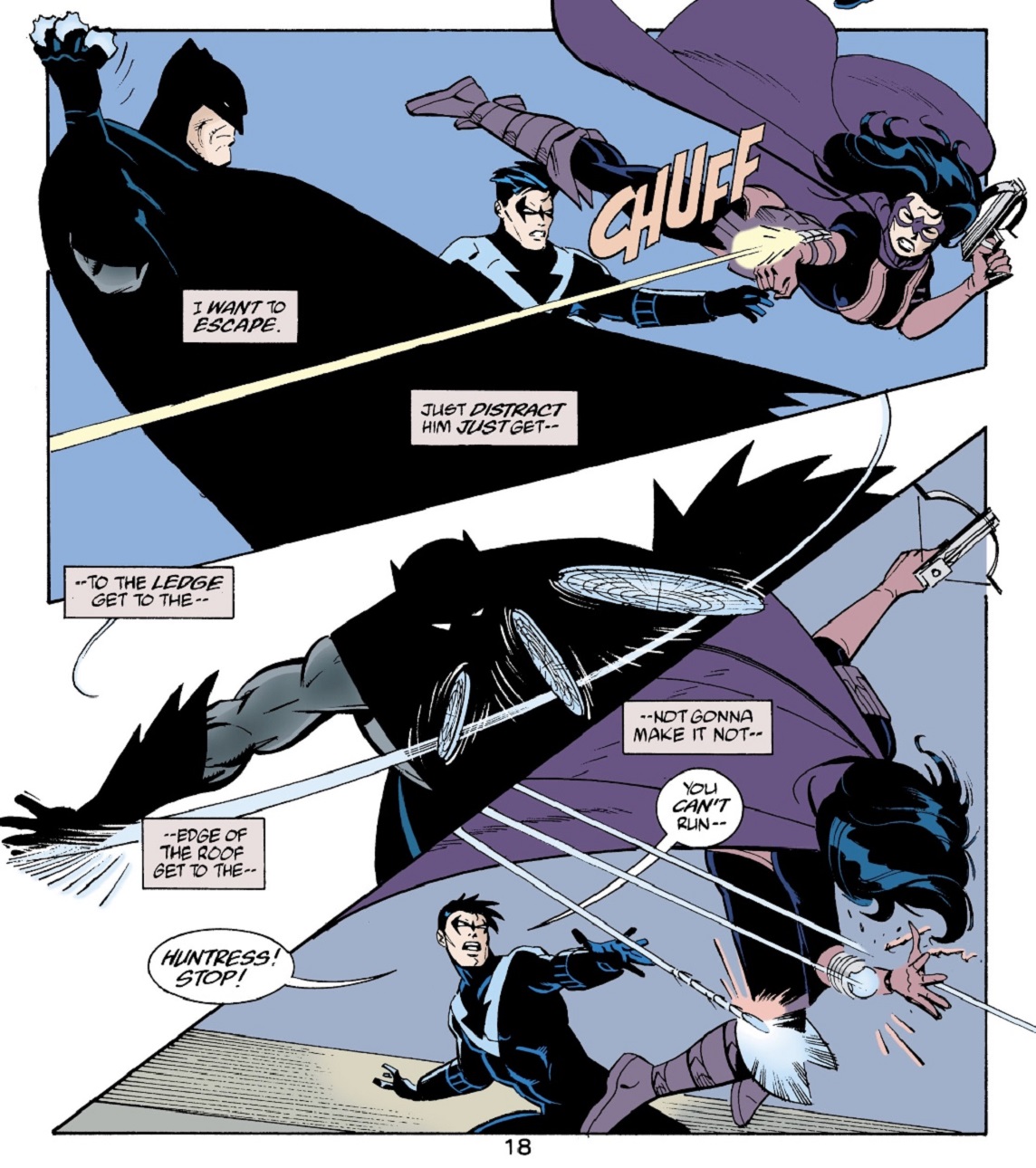 Greatest “Hits”: If you want to see Huntress cause havoc for the underworld, her gritty 1989 series is a must read! Greg Rucka’s 2000 limited series Batman/Huntress: Cry For Blood is a great character study on Helena, and an exciting read. Gail Simone made Huntress a permanent Birds of Prey cast member with issue 57, giving Helena some of her most iconic moments. 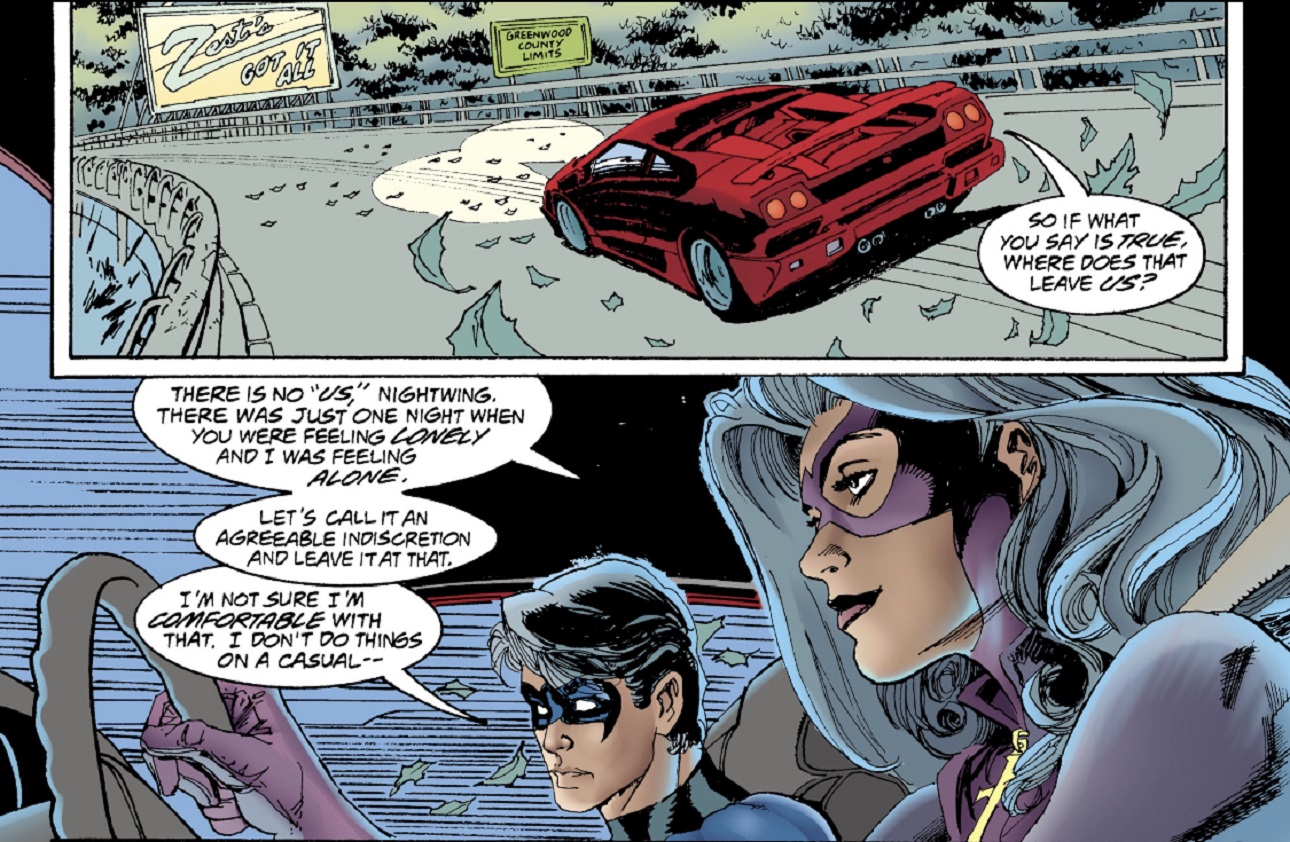 Romances: Helena’s vigilante lifestyle doesn’t leave much time for love, but she did have a memorable but brief dalliance with Dick Grayson in the Nightwing/Huntress limited series. Things have been awkward between them ever since. She had a brief hookup with the Question in the Batman/Huntress: Cry For Blood limited series, until she decided to go her own way. 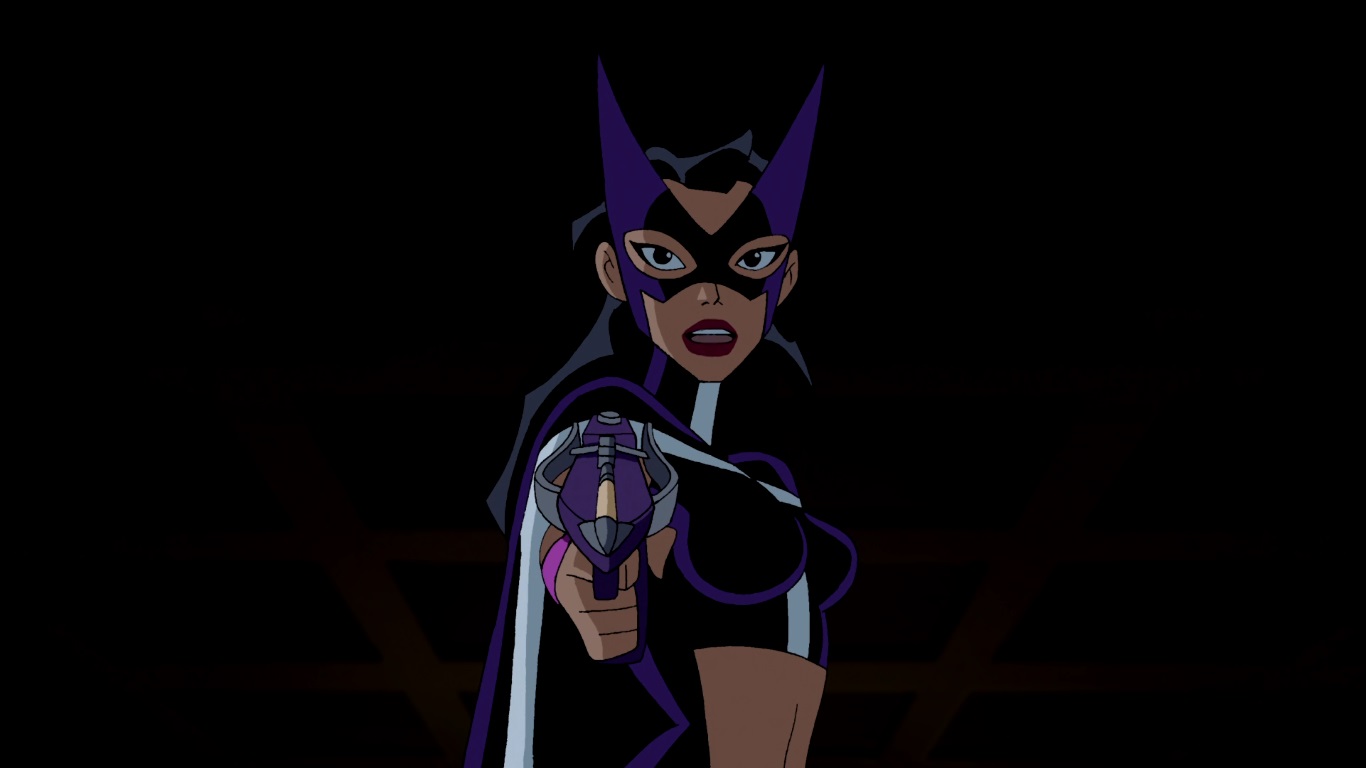 Media: Huntress is a featured player in the Justice League Unlimited episode “Double Date,” where she teams up with the Question, Black Canary, and Green Arrow. Be sure to check out the Batman: The Brave and the Bold episode “The Mask of Matches Malone” to hear Huntress sing a song about the Birds of Prey alongside Catwoman and Black Canary!

Are you ready to meet Huntress in BIRDS OF PREY? Let us know in our Community!