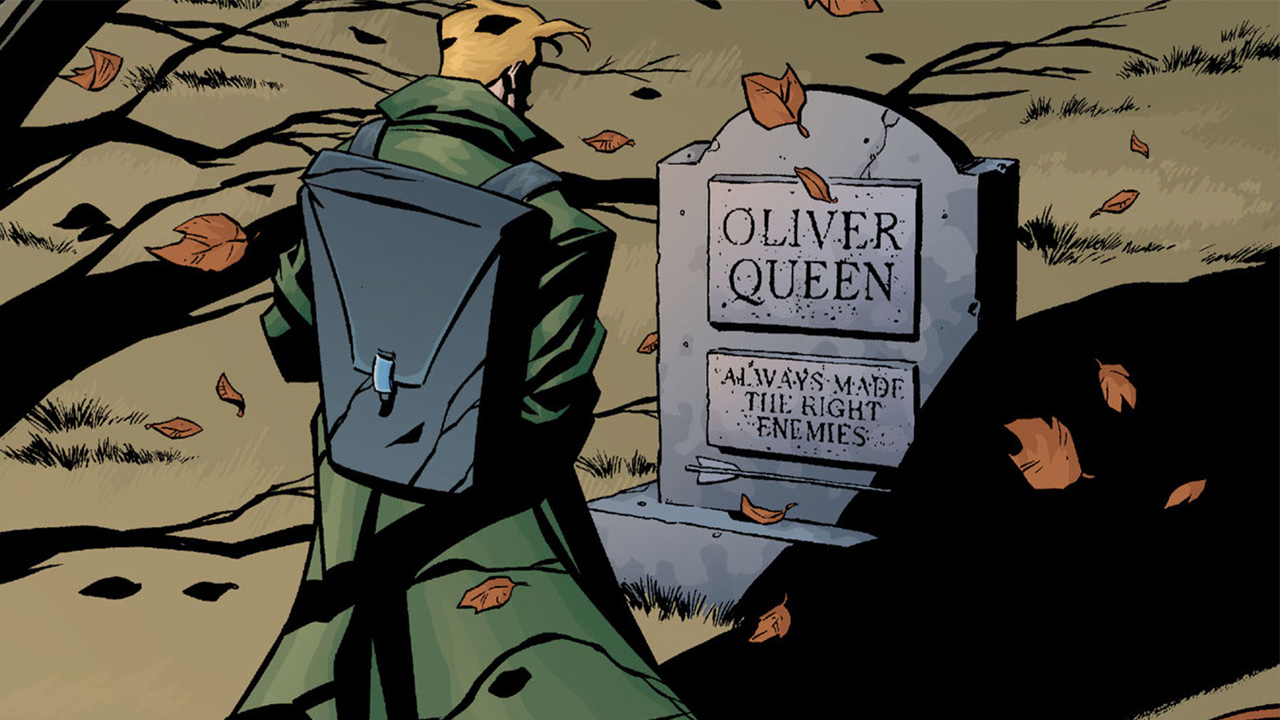 Remembering the Death of Oliver Queen

The Crisis on Infinite Earths television event has ended, and next week is the series finale of TV's Arrow. Some of you who watched the crossover may have been shocked by Oliver Queen’s death, resurrection, and final death. How closely does this match the source material? Did Oliver die in the comics and get replaced by his offspring? The answer lies in our vast comics library. So in honor of Arrow’s final episode airing, here’s the story of Oliver Queen’s comic book death.

Let’s travel back to the 1990’s, an era of mullets on superheroes and a Blockbuster video on every corner. In 1995’s Green Arrow #100 the Emerald Archer bit off more than he could chew when he went on an undercover mission to stop an eco-terrorist named Hyrax. She had the usual “remake Earth by bombing the major cities” plan, and her first target was Metropolis. Hyrax and her Eden Corps had a bomb aboard their plane, and Oliver found himself on board as it flew towards the city. 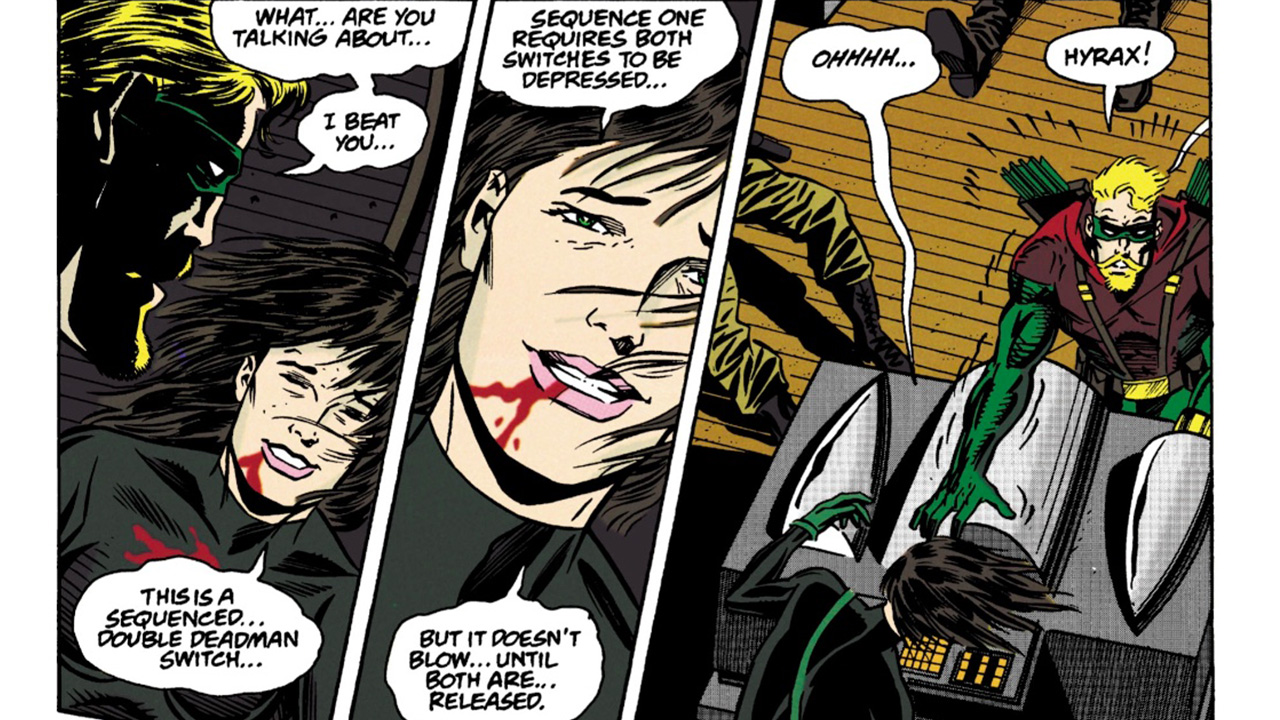 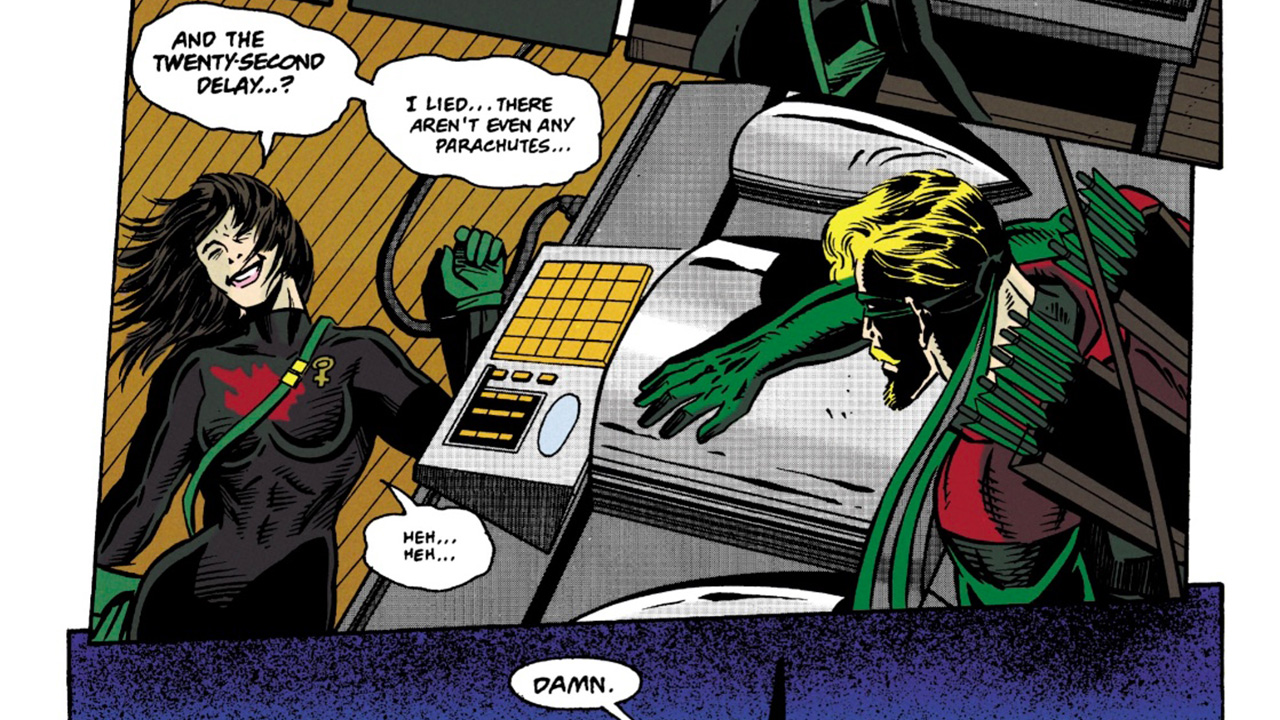 A government agent started a gunfight, and once the dust settled Oliver was the only survivor onboard. He quickly placed his arm inside the bomb so the failsafe wouldn’t go off once the dying Hyrax released her grip. Unfortunately a bullet had grazed Oliver during the gunfight, and he was slowly bleeding to death. 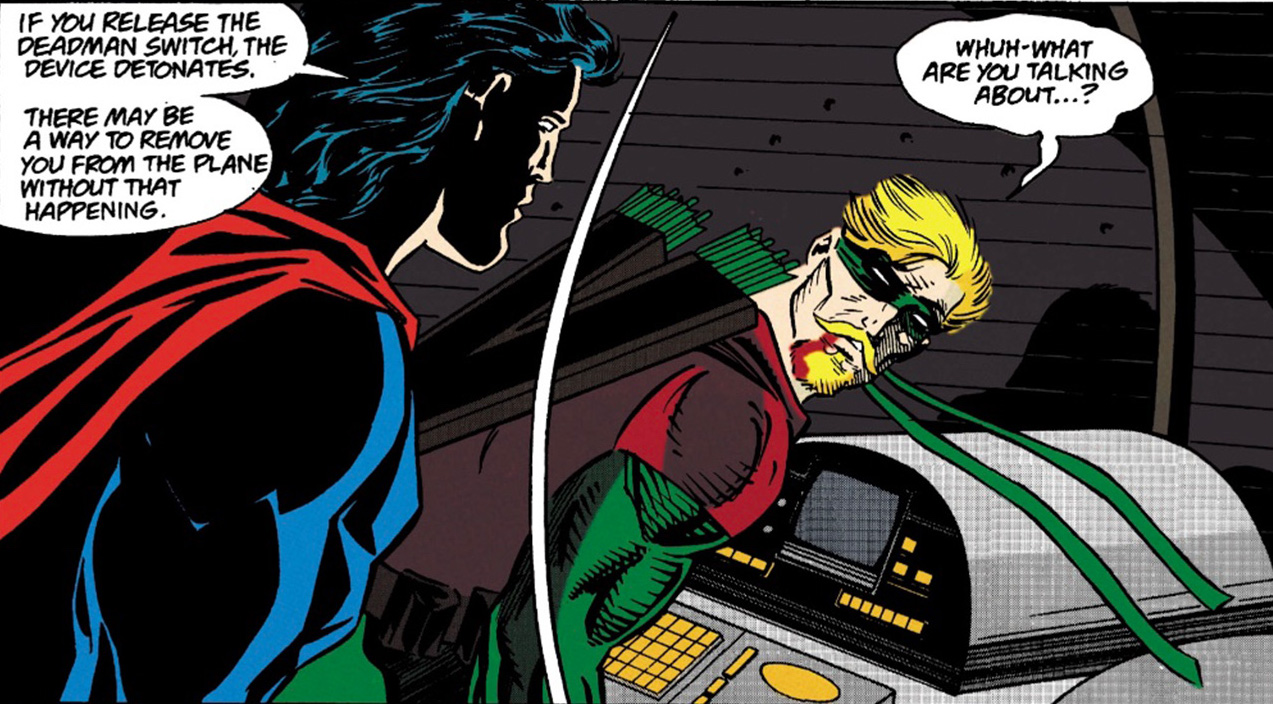 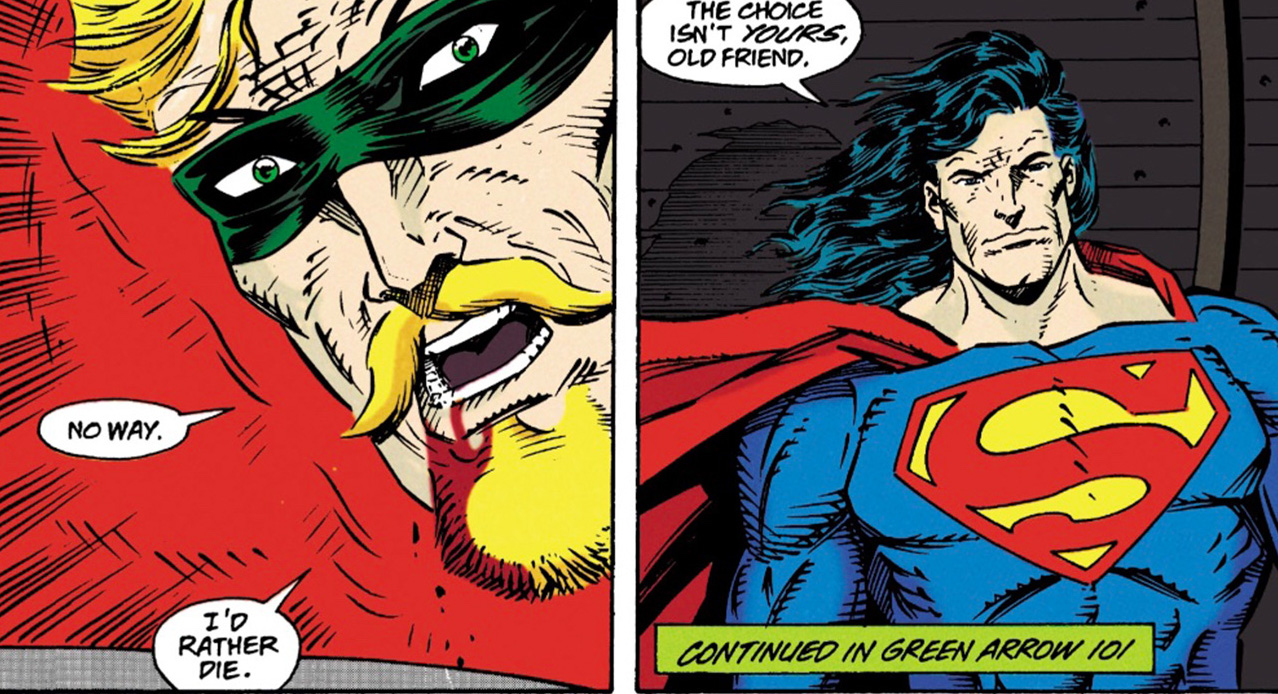 In Frank Miller’s classic Dark Knight Returns limited series Green Arrow only has one arm, and for a moment it looked like this possible future was about to come to pass. Oliver had other plans, and decided a life with one arm was not a life worth living. In the opening pages of Green Arrow #101 he removed his hand from the bomb, which detonated in the air safely away from Metropolis. The explosion didn’t hurt Superman, but Green Arrow lost his life instantly. He may not have saved an entire multiverse like Stephen Amell did, but Superman acknowledged that Oliver’s sacrifice saved millions of lives in Metropolis. 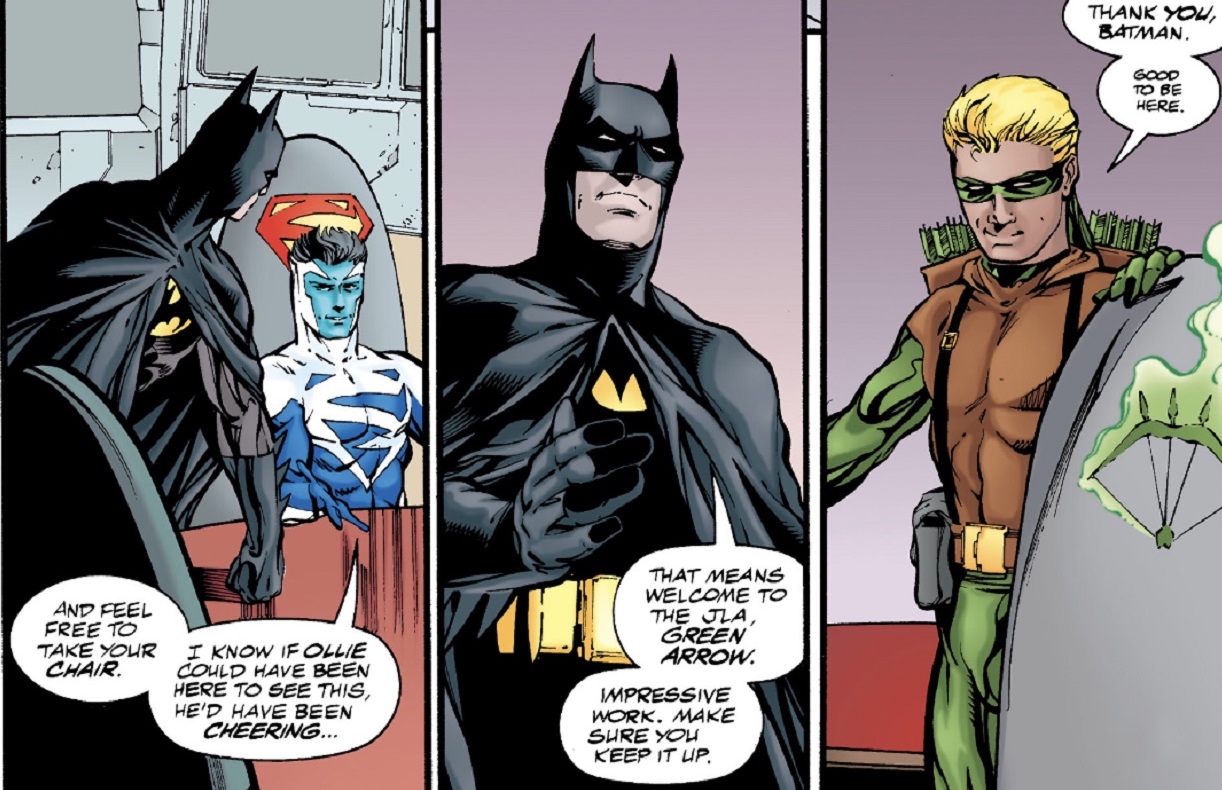 Although Oliver Queen died, the Green Arrow lived on. We saw the television version of Oliver pass his identity onto his daughter Mia during Crisis on Infinite Earths, and a similar thing happened with the comics. Arrow viewers are already familiar with the name Connor Hawke, but in the comics his backstory is a little different. Connor was Oliver’s illegitimate son, and he took up the Green Arrow mantle after watching his father’s plane explode. He grew up in a monastery and had a different outlook on life than his hothead father did. Connor’s tenure as Green Arrow led to some fun adventures, and he was invited to join the Justice League in 1997’s JLA #9. 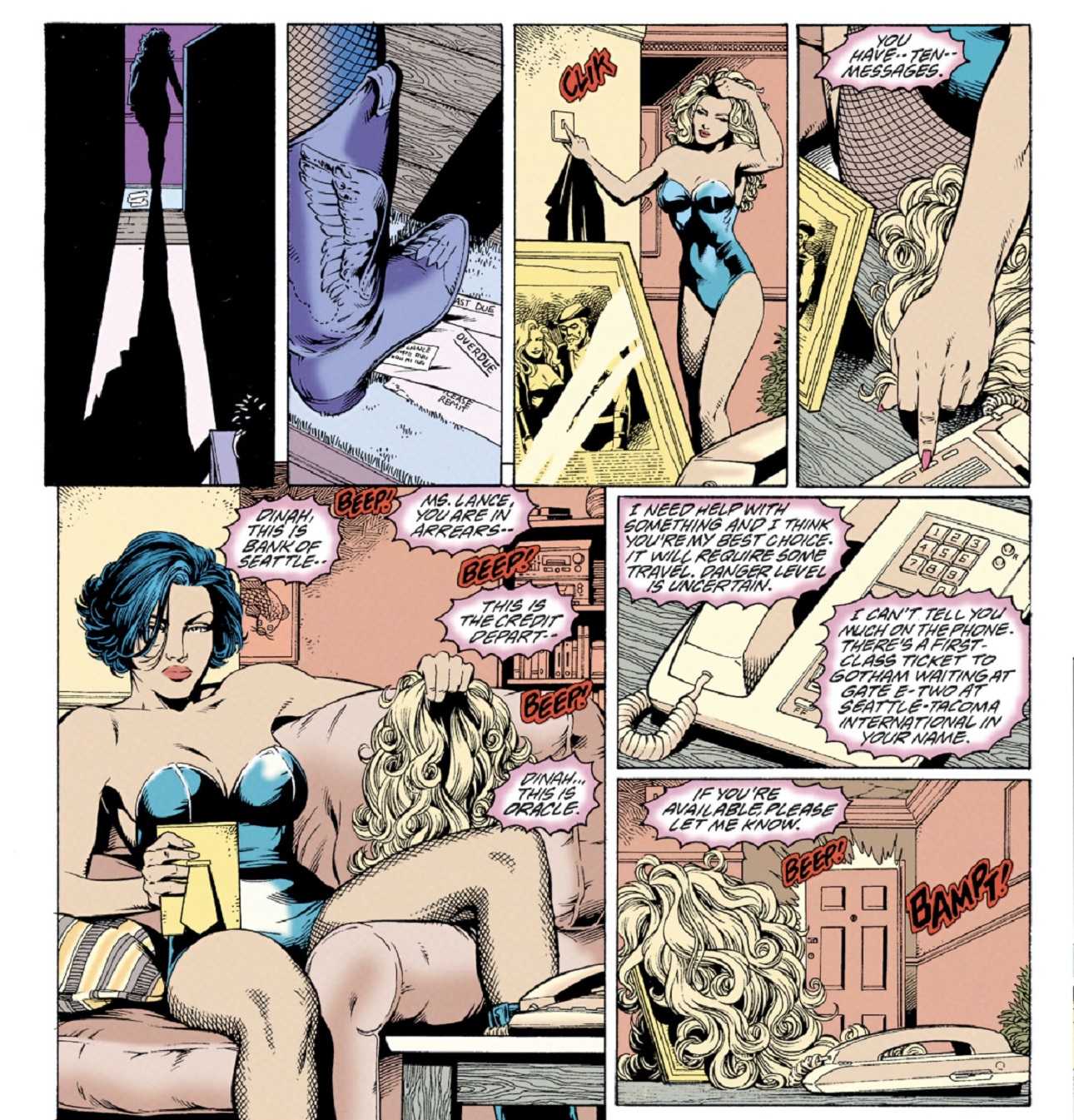 Oliver’s death had a lasting effect throughout the DC Universe, especially for his on-again off-again girlfriend Black Canary. The shock of Oliver’s death caused Dinah to look for a new direction in her life, which led to her beginning her partnership with Oracle in Black Canary/Oracle: Birds of Prey #1. In a way, Green Arrow’s death led to the birth of the Birds of Prey. Consider that if you wind up seeing the movie this February. 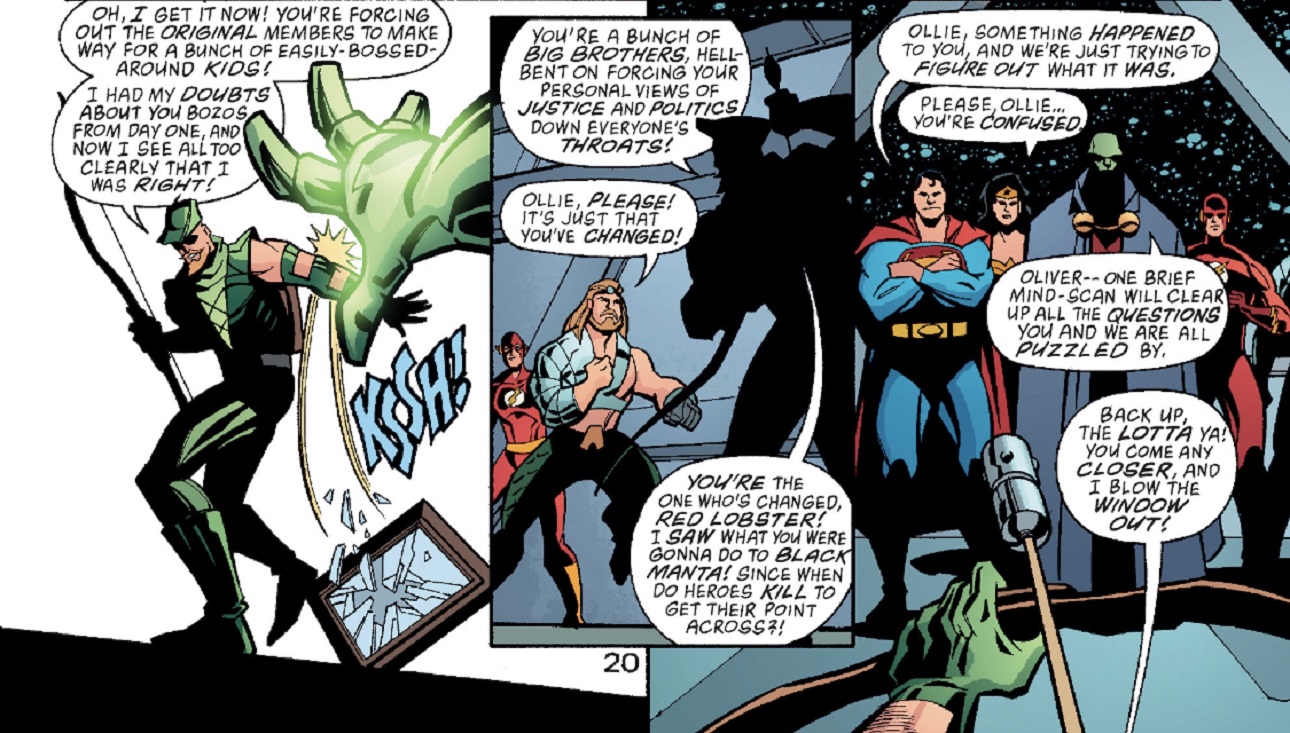 Some of you might be asking, “But isn’t Oliver alive in the comics today, how did he come back,” and that’s a really fun story. Fans loved Connor Hawke, but they missed the original Emerald Archer. When DC superstar Kevin Smith launched a new Green Arrow title in 2001, he resurrected Oliver Queen, but not without a few complications. Due to the cosmic machinations of Hal Jordan (who was going through a weird phase as Parallax), Green Arrow was brought back to life without a soul, and he couldn’t remember anything past the Bronze Age. 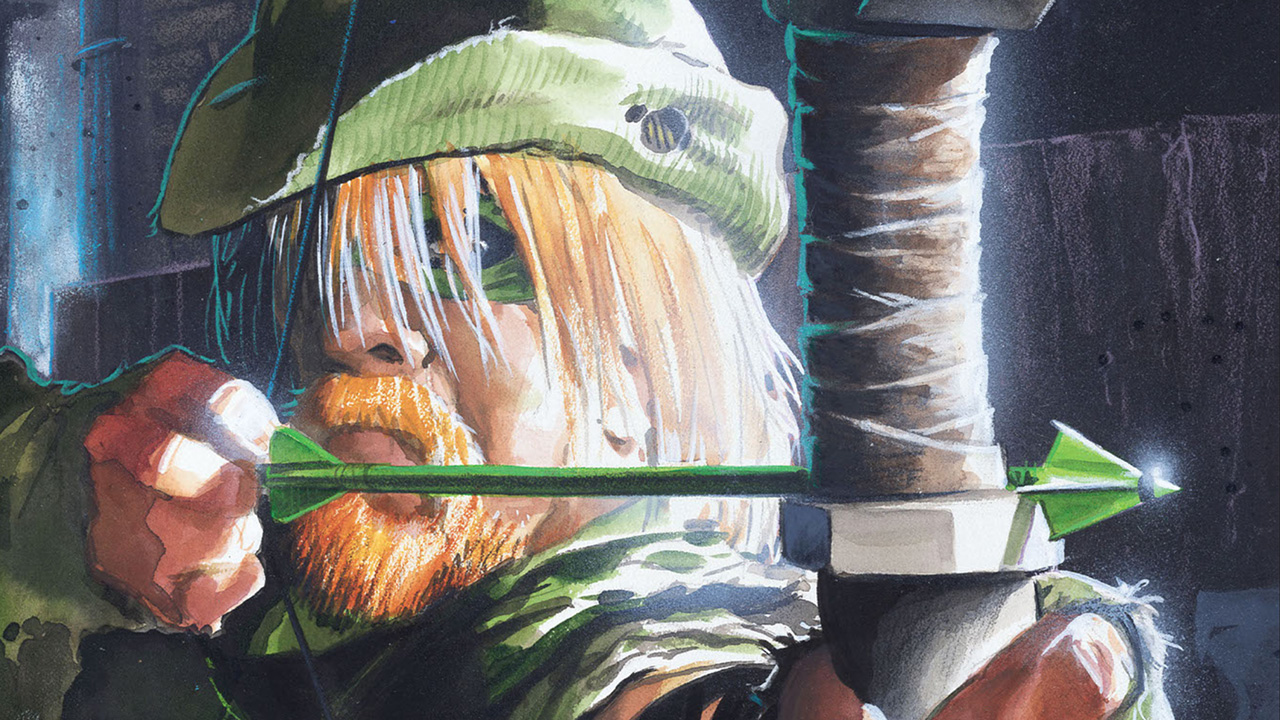 This led to some funny moments, since the 1970’s version of Oliver was an outspoken political activist and could be considered the original social justice warrior. Oliver’s lost soul is eventually reunited with his body, restoring his memories, and ushering in a new era of Green Arrow stories. We don’t want to oversell it, but the storyarc “Quiver” is highly recommended reading!

While he didn’t become the Spectre (that honor goes to Hal Jordan) or resurrect a multiverse, the story of Green Arrow’s life and death is still an exciting tale for any comic book fan. Should Oliver have let Superman remove his arm to save him? If he had, Dinah may never have joined the Birds of Prey, Connor Hawke wouldn’t of had those fun stories, and we would never see the return of “Social Justice” Arrow. Plus Oliver’s resurrection allowed him to keep his hand, so in the end it was all worth it. Green Arrow, you have saved this city.

Should Oliver have let Superman remove his arm? Let us know in our Community!