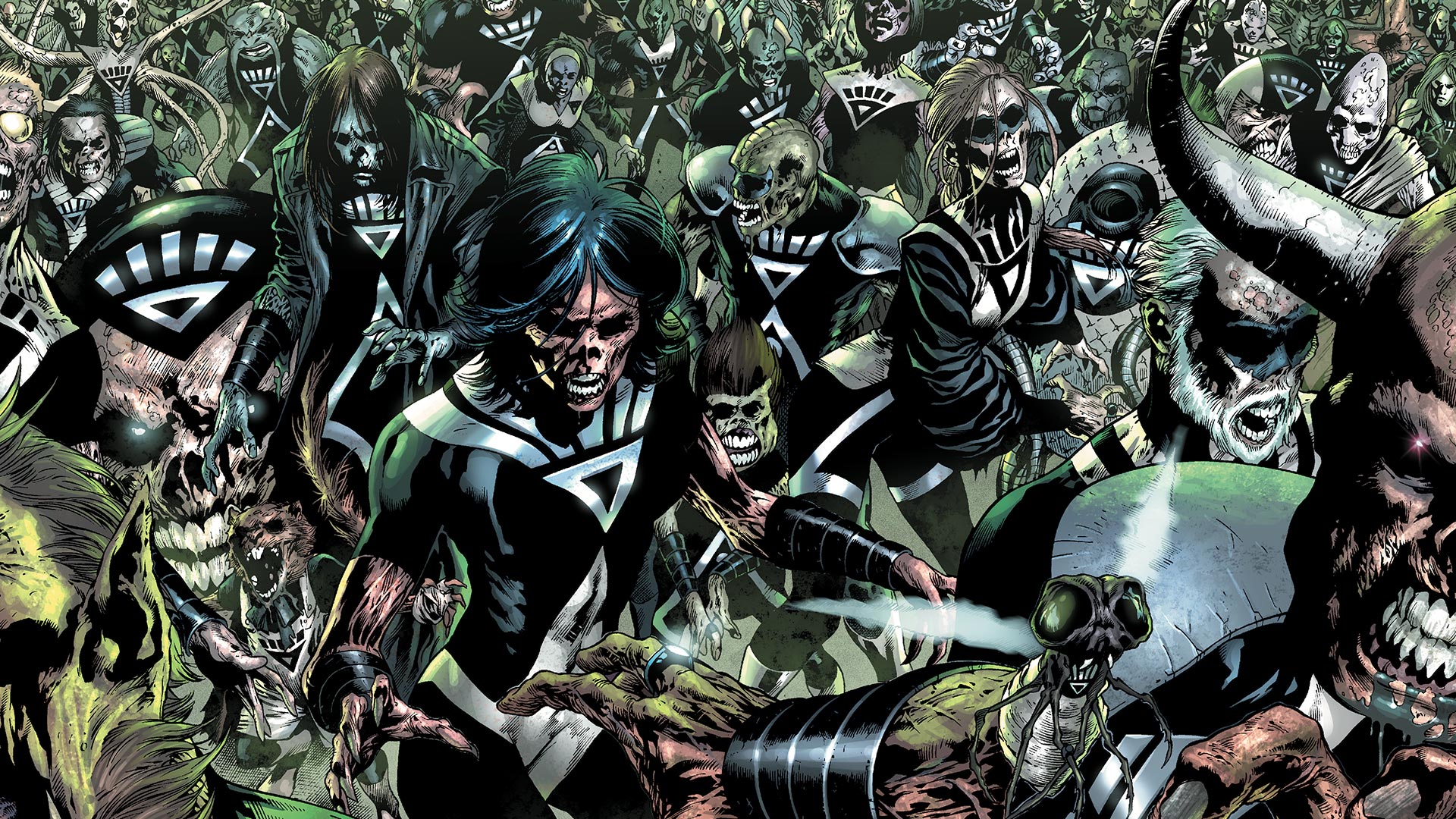 Prep for DCEASED With These DC Zombie Encounters

Brace yourselves, DC Universe, for the end times are here: this week, DCeased #1, the first chapter in writer Tom Taylor’s record-breaking apocalyptic zombie story of the Anti-Life apocalypse, finally comes to DC Universe. As we bear witness to the World’s Greatest Heroes’ transformation into undead terrors, don’t let yourself get caught unaware. You too can be prepared for even the worst-case scenario by versing yourself in DC Universe’s rich history of zombie outbreaks. 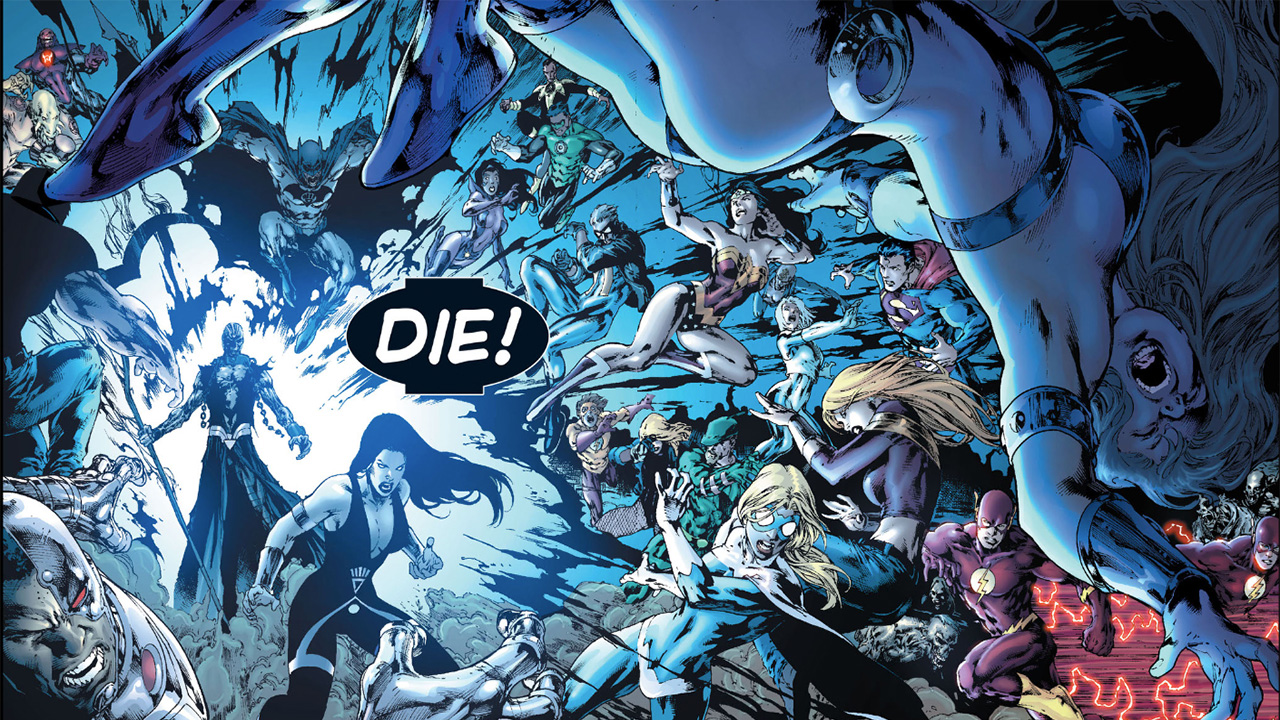 Every DC fan worth their power ring knows about the Blackest Night, when every hero and villain who had ever fallen rose as an emotion-feeding zombie army by the Black Hand of Nekron. But some of the most outstanding moments from that corpse-ridden crisis had to be left on the cutting room floor. In the Untold Tales of Blackest Night anthology, you’ll get to see the compelling stories of this landmark event that couldn’t quite fit anywhere else. See what happened when the Blackest Night fell on the likes of Ragman, Donna Troy, Animal Man, and more, and leave no zombie shambling behind. 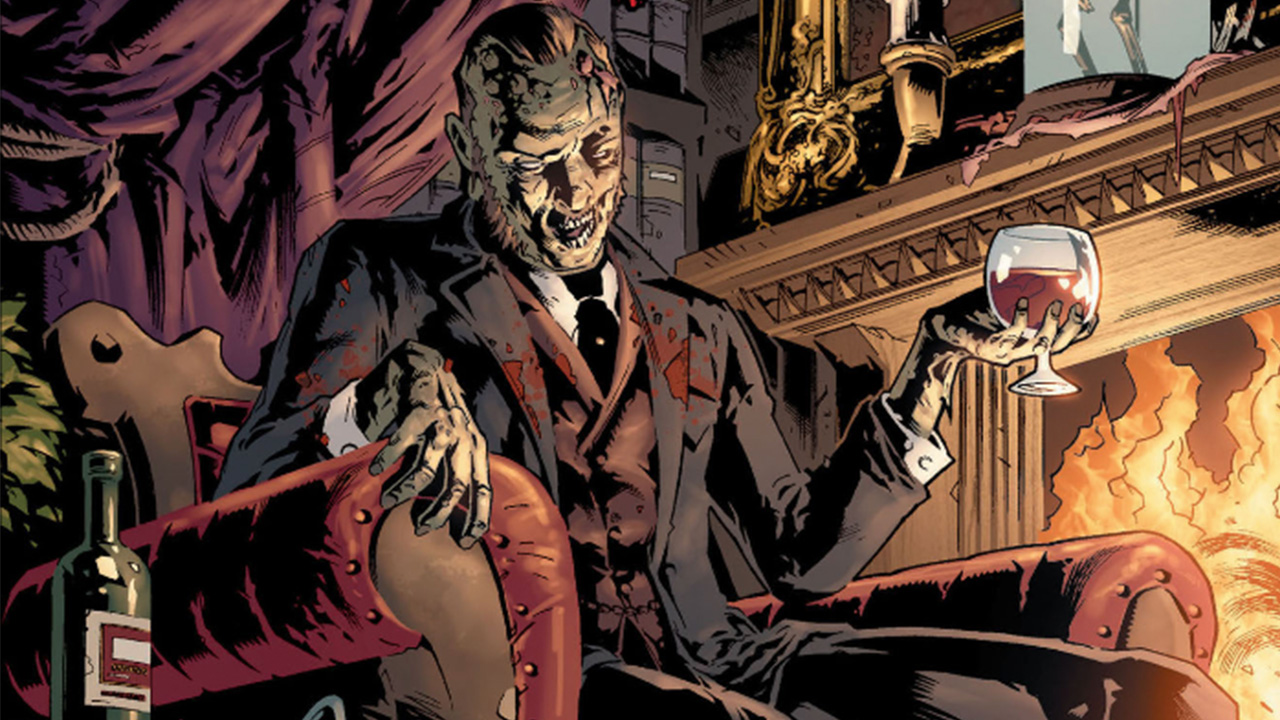 Before we see Batman contend with the DCeased, read here how the World’s Greatest Detective handles the zombie horde… Sherlock Holmes, that is. In this steampunkiest of WildStorm comics, Sherlock and Watson battle their way through the Queen’s Country with only their prodigious wits to back them up. Is the root of the zombie crisis a mystery Sherlock can solve? And how does his nemesis Moriarty play into the affair? Read on to find out -- and then, as a chaser, kick back while he takes on Count Dracula for an encore. 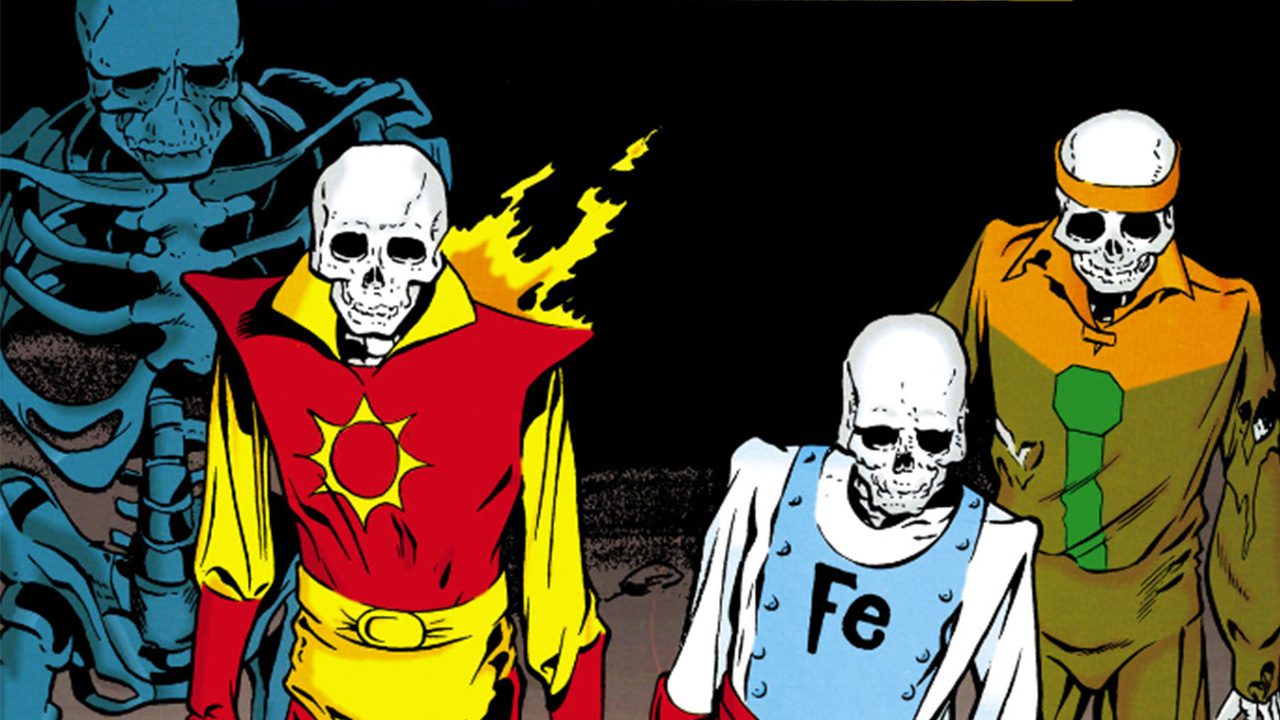 Geoff Johns may have woken the dead in Blackest Night, but he wasn’t the first to pull off this ambitious resurrection. Tom and Mary Bierbaum did the same decades before… and a thousand years later, depending on your perspective. In 1993’s Legion of Super-Heroes #44-46, the dread wizard Mordru produced a threat against his hated foes in the far future Legion by presenting them with a threat the likes of which they’d never encountered before: their own departed members. The assault began with the opposition of dearly missed members of the team at the time such as Sun Boy and Karate Kid… but before long, the Legion of Dead Heroes were joined by the champions of our own time and beyond. Western heroes like the original Vigilante and Bat Lash rose from the grave to join Mordru’s horde, Golden Age champions like the first Mister Terrific, and even fallen teen heroes like Jason Todd and Terra. 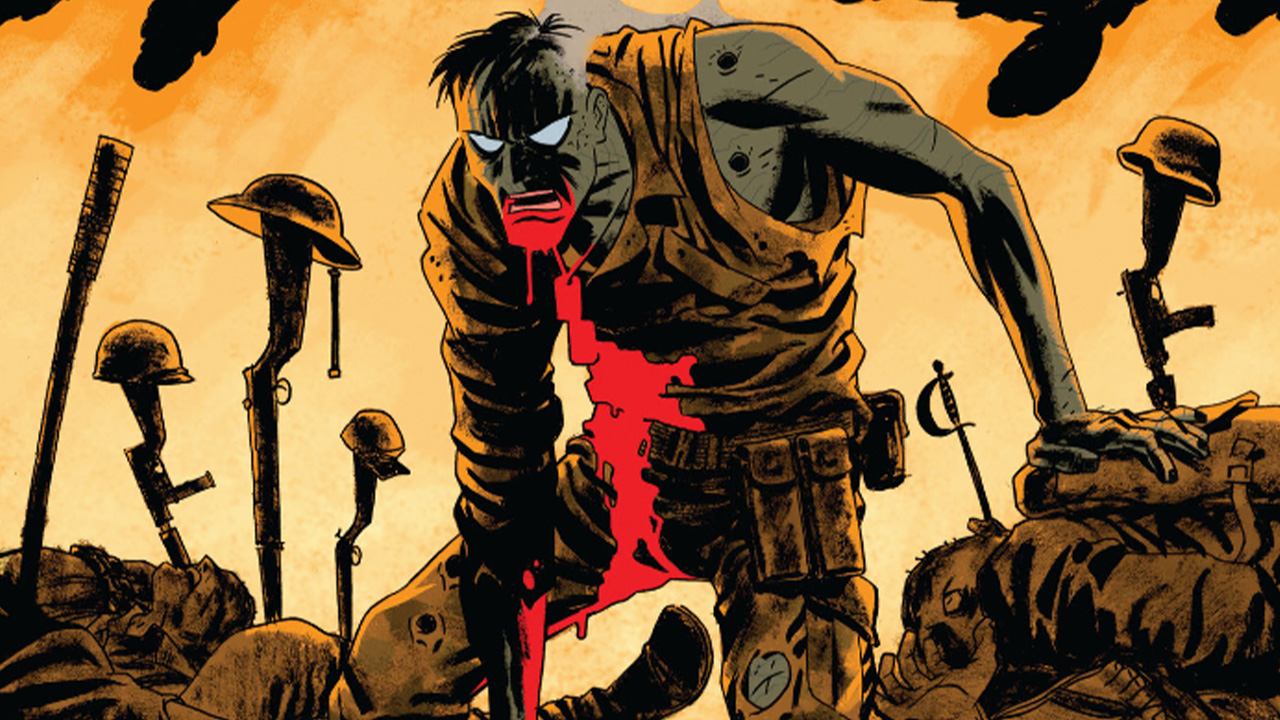 Who says there are no original ideas anymore? In 2014, Jonah Hex and Freedom Fighters scribes Justin Gray and Jimmy Palmiotti took a chance and introduced us to a new kind of war hero: one who couldn’t be killed, because he was already dead. After all, why fight zombies when we can make the zombies fight for us? And don’t just come for the novelty: G.I. Zombie is also where you’ll see some of the last art pieces produced by all-time great Darwyn Cooke.

ZOMBIE NIGHT AT THE GOTHAM AQUARIUM 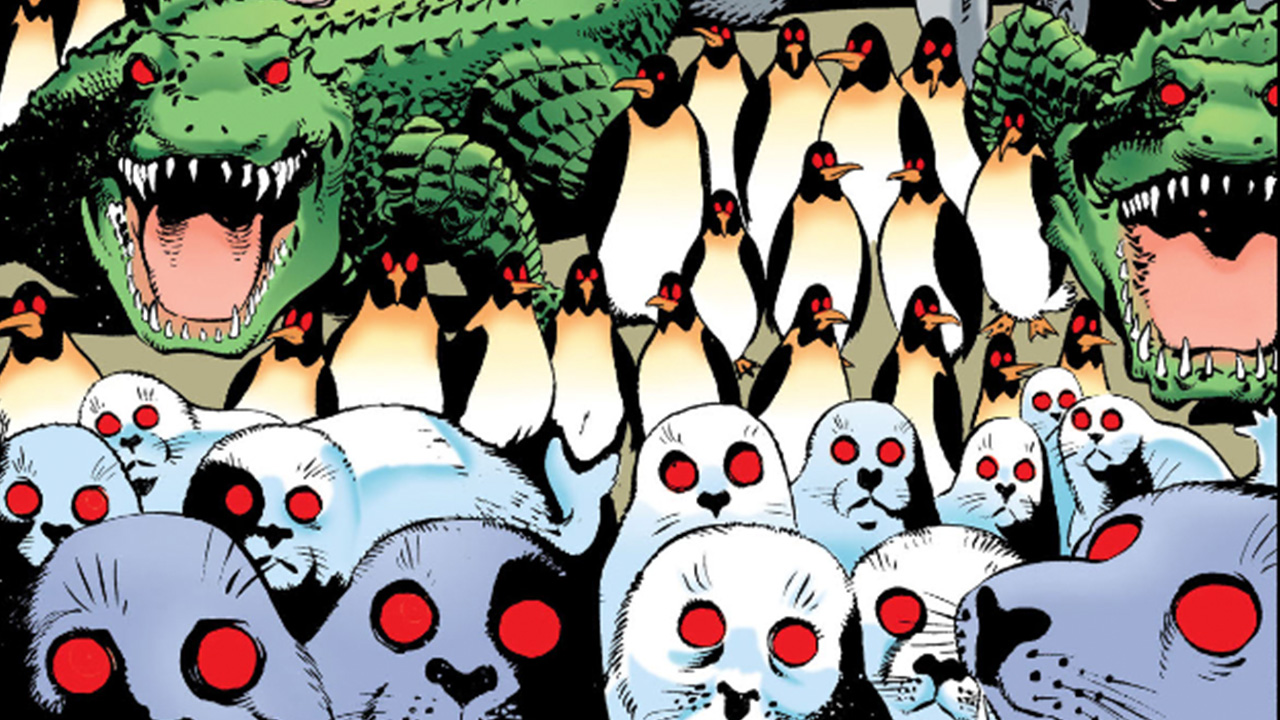 Victorians, Legionnaires, and soldiers all make pretty terrifying zombies, to be sure. But none of them can hold a candle to the horrors presented by Garth Ennis and John McCrea in Hitman #13-14, “Zombie Night at the Gotham Aquarium.” Tommy Monaghan and his lowlife buddies have no second thoughts when it comes to putting some mook in the ground, especially if it means saving other lives down the line. But what happens when the zombie virus begins among the most adorable aquatic animals that Gotham has to offer? Can a soul bear the weight of crushing a baby seal in order to save mankind from the ravages of the undead? It’s a dirty job… but a Hitman’s gotta do what a Hitman’s gotta do. Just make sure not to read this one over seafood.

How are YOU preparing for DC’s zombie apocalypse? Let us know in our Community!